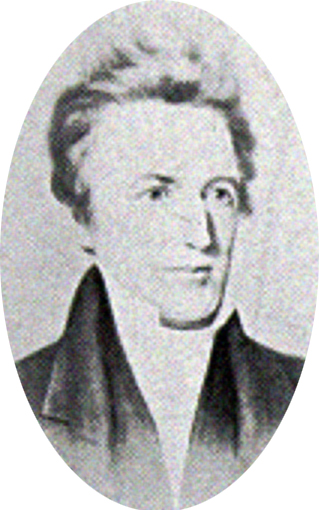 From The Memoirs Of Alexander Campbell

"As the vessel was not likely to sail for some time, and some of his acquaintances were about to visit Dublin, he concluded to accompany them, in order to have a better idea of his own country before leaving it, and to be enabled to compare it with other lands. He set off, accordingly, for the metropolis by stage on the 2d of September, and arrived safely at half-past six in the evening. Dublin is a very old city, having been spoken of by Ptolemy, who flourished in the reign of Antoninus Pius, about A. D. 140, and who then called it a city—Eblana Civitas. (It is thought by many that in Latinizing the word Dublin, the initial D was accidentally omitted, and that Eblana should be Deblana). From the elegance of its architecture, the number of its public buildings, the magnificence of its quays, docks, and many of its streets, Dublin is regarded by tourists of discrimination as one of the finest capitals in Europe. There are few points, in the approaches by land, which afford a good view of the city; that from Phcenix Park being perhaps the best. The scenery, however, on entering the bay between Howth and Dalkey Island, is extremely fine. Bold promontories, green sloping pastures, neat villas are seen, and especially among the latter, the elegant seat of Lord Charlemont. Several beautiful islands present a picturesque appearance, while, behind them, appear the Rochetown hills, and, still further back a varied prospect of villas, woods and pastures, terminated grandly by the distant Wicklow Mountains. Within the city itself there are some charming prospects, especially that from Carlisle Bridge. On the right is Sackville street, one of the most splendid in the world, terminated by the Rotunda and Rutland Square. On the left, Westmoreland street, with elegant buildings, terminated on one side by Trinity College and on the other by the Bank of Ireland. In front is the river Anna Liffey, which passes through the midst of the city, with its eight beautiful bridges and spacious quays, parapetted with granite, and extending for two miles and a quarter along the wide open space which passes quite through the city, and in the centre of which the river flows with a lively current. In the distance, the Four Courts are seen on Inns-Quay; the Phcenix Park also; while, toward the east, the magnificent Custom-House appears, and the fine harbor, crowded, as far as the eye can reach, with vessels of all descriptions.

"The morning after his arrival he sallied forth to view the city. As he kept a journal of his visit, his impressions may perhaps be best learned from his own words:

"The principal things that drew my attention this day were the Linen-Hall, the infirmaries, hospitals and other eleemosynary superstructures. The Linen-Hall is a very extensive and elegant building, built in long squares, with doors opening into a very wide common hall. In the rooms there are offices and other accommodations for the merchants. * * * * The poor-houses, infirmaries and hospitals me numerous and elegantly conducted. In one of the foundling hospitals I aaw about a thousand male and female children dine together in one apartment. Their repast consisted of white bread, with a portion of bursted barley, which is not their usual repast. One of the children, about twelve years old, gave thanks in a small pulpit before and atler dinner; and before they dkpersed the female part sang a part of a hymn. * * * * From the whole I observed the good and happy effects of economy, regularity and good discipline. The next thing that engaged my attention was the cradle, where I admired the care that was taken of the infants of a hundred parents—poor children whose hearts shall never glow with filial affection, who shall never feel the benign effects of parental love, and whose souls shall never be knit together by the ties of brotherly affection or tender regard. Yet even these are not forgotten by the Almighty Father. They have been snatched from the hand of cruel parents, whose awful wickedness might have led them (were not this means appointed for them preservation) to imbrue their hands in their innocent blood.

"Next day, being the sabbath, we went to Back-Lane and neard the Rev. Samuel Craig deliver a very elegant discourse from these words: ‘Fear not, little flock; it is my Father's good pleasure to give you the kingdom.’ Monday I spent walking up and down for amusement, viewing the canals, bridges, etc., and going out of the city a few miles to where I might have a good prospect. I also visited the Royal Exchange, and saw the most respectable part of the merchants of Dublin assembled to do business.

"Tuesday I went with a party to the Botanic Gardens, where we saw the vegetable wo-ld in miniature. The Gardens contain about sixteen acres. Here are the productions of the torrid zone, reared by the most assiduous care under glass-the herbs of sandy Africa and all the plants of the Indies. Here are themes sufficient for the naturalist, the horticulturist and the botanist. Wednesday, I paid a visit to the Museum, where I was greatly delighted with the elegance of the appearance, the vast variety of curiosities that presented themselves to my view. Birds of every species, preserved in full form, drew my attention on one hand; on the other, the beasts of the forest and the tenants of the main. Add to these, the great variety of terrene and marine productions; the works of nature and of art; the whole tribe of insects; the medals and coins of other years, and specimens from the mines and minerals of many nations. * * * *Same day, I took a walk round the College and the College Green, and conversed with one of the students. The College is one superb square, and the Green delightful. The public buildings in Dublin are elegantly magnificent: the most superb street is Sackville street, where there was a monument erecting in memory of Lord Nelson. Dublin is a little world in itself. The inhabitants are numerous, and in general hospitable and generous. During my stay, I stopped at the house of Mr. Lukey, a respectable and worthy gentleman.” 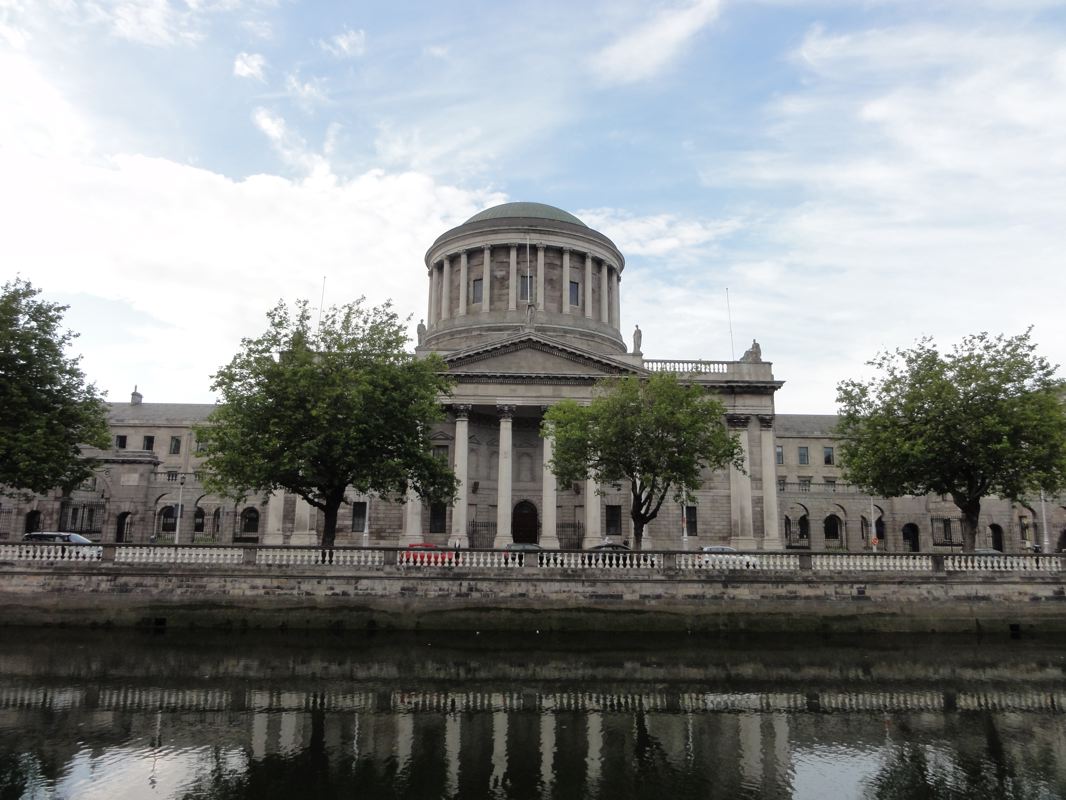 The Four Courts Building on Inns-Quay 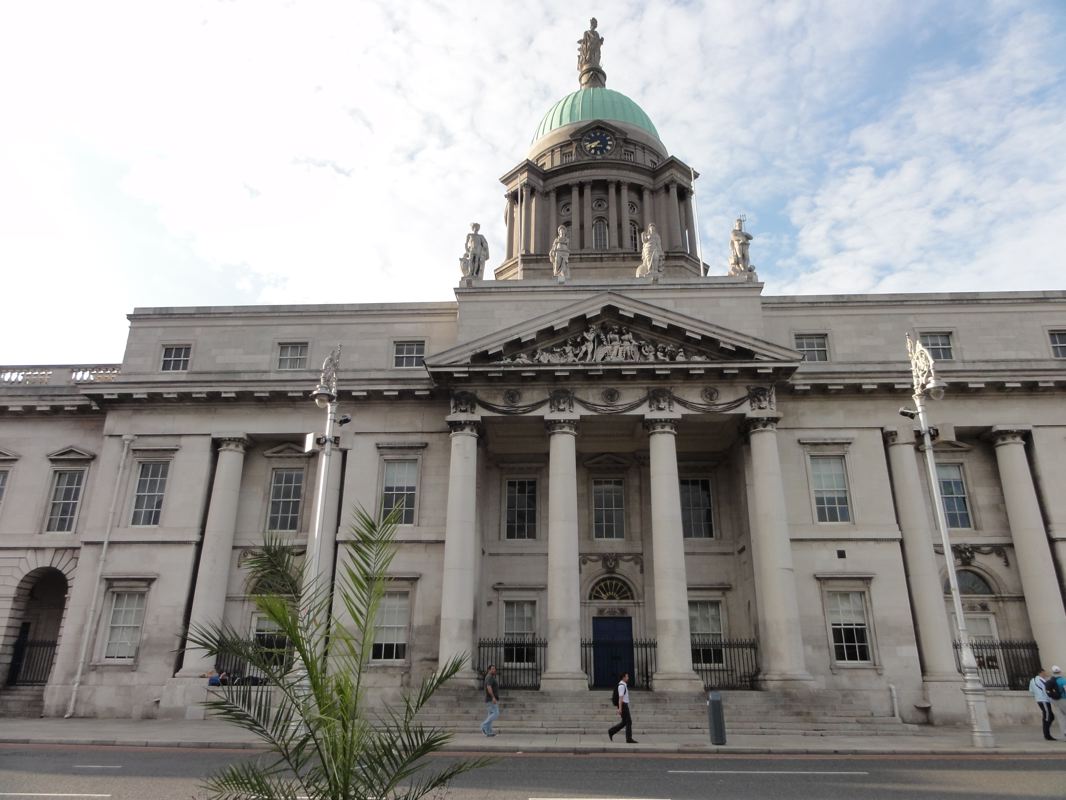 Panoramic View Looking North Up The River Liffey In Dublin, Ireland
Click on picture to zoom in! 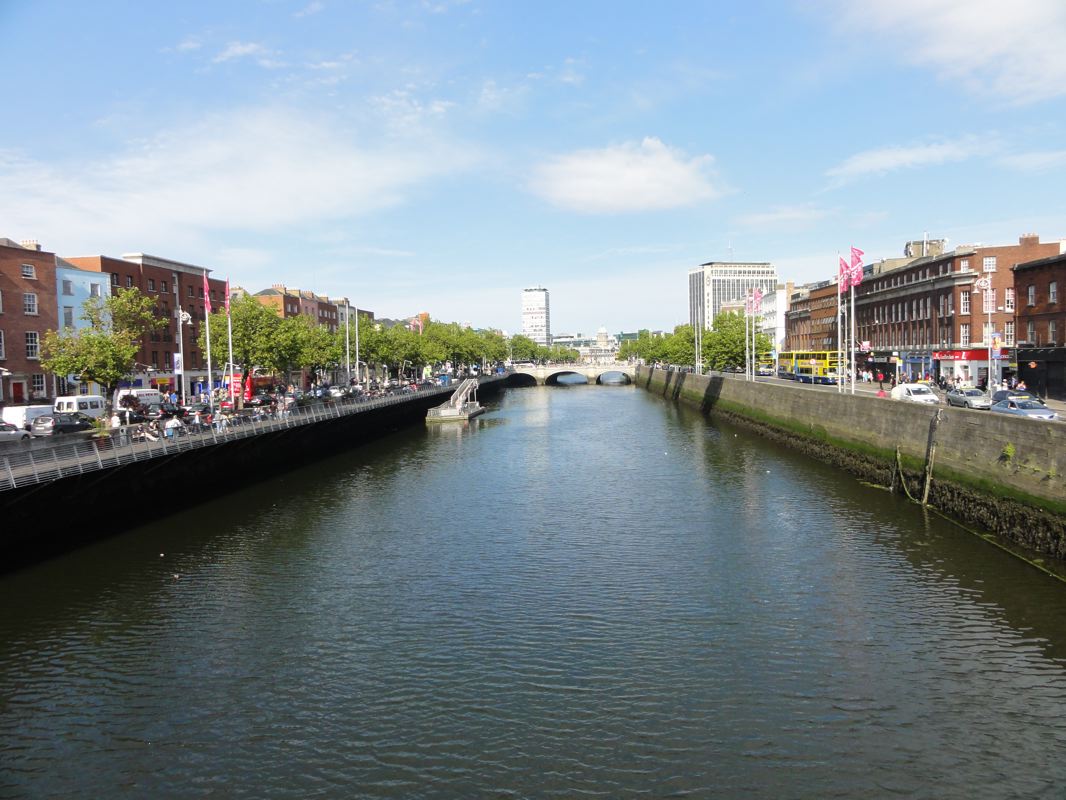 Downtown Dublin: Looking At The Old "Carlisle" (now O'Connell Bridge) Over Which Alexander Campbell
Crossed During His Short Visit To Dublin In The Summer of 1808 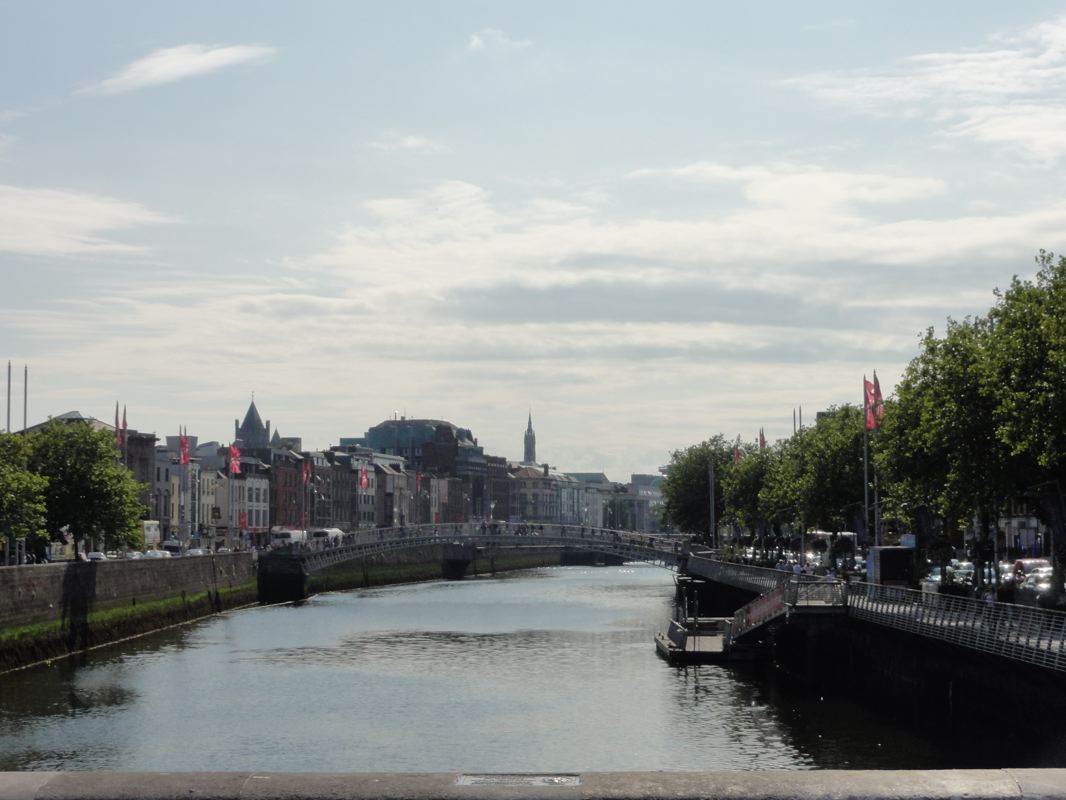 Photo From The Old "Carlisle" (now O'Connell) Bridge. Dublin's Waterfront Has Changed But
Little In The Last Two Hundred Years

-Notation from A. Campbell's personal Diary, on Wednesday of the week he spent in Dublin
-Memoirs of Alexander Campbell, page 95

Panaramic View of Bank of Ireland on Left & Trinity College on Right - Looking toward "Sackville St." now known as O'Connell.
Click on photo to zoom in

Panoramic View of the Commons Area On The Campus Of Trinity College
"The College is one superb sqare and, and the Green, delightful." A.C.
If visiting be sure to see the Book of Kells and Library on display there.