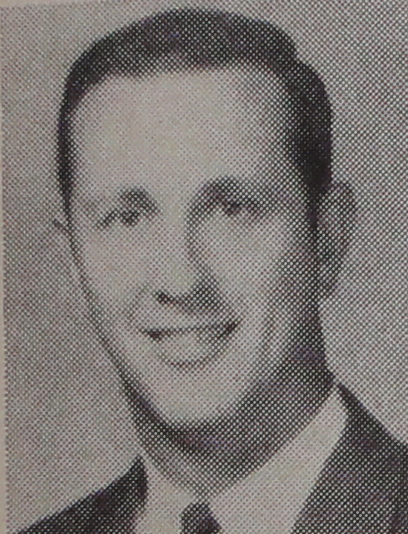 Byron passed from this life August 27, 2009. His body was laid in the Greenwood Cemetery in Montgomery.

Reminiscence About An Old Friend 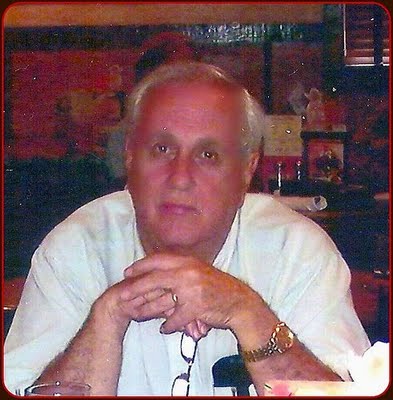 If you called him at his home it would indeed be a rarity to reach him. You would get his answering machine and hear him say, “You have reached the BENson residence…” I really don’t know when he slept. He was always on the go somewhere. He was consistently doing something for his family or visiting the hospitals or training his grandchildren to eat catfish downtown at the Farmers Market Café. He was a connoisseur of good country cooking. Since he spent so much of his time in the lower part of Montgomery County and in Crenshaw County, the people at Chic’s in Highland Home or the Chicken Shack in Luverne would have known him by name. I have never known any gospel preacher who attended more gospel meetings than Byron. Oh, how he loved to sing. Regardless of the weather or the distance, you could count on Bryon being present for these occasions. He served on the Board of Regents of Amridge University (I encouraged him to do so). He was on the planning committee for the Capitol City Prayer Breakfast and he would call 40-50 people to attend this bi-monthly service. No one worked more diligently for this good work. He and I alternated in being the MC for this event. Often we would take a jab at one another in fun.

Byron loved to preach. He was zealous for the local congregation where he labored part time (a misnomer in his case). He seldom missed preaching on Sundays while he was with the Grady congregation for some 36 years. His last work was with the Capitol Heights church in Montgomery (5 years). He loved to do his radio program live. Brethren knew they could depend on him for brotherhood news regardingsingings, gospel meetings, lectureships, etc. It seems that he knew everyone and everything that was going on among the congregations in central and south Alabama. He preached for some 37 years on the radio, assuming this role following the beloved Clyde Fulmer.

Byron was my friend. Virginia and I helped to sing for the wedding of Byron and Carolyn which was conducted in the West End church building some 52 years ago. Byron, Carolyn, Roger and Helen Dill and Virginia and I would often eat together on special occasions such as birthday and wedding anniversaries as well as other times. On one occasion, the total number of years of marriage between the three couples was 150 years. Our server couldn’t believe it. Once, while we were enjoying a meal together, I found a rather large insect in my glass of tea after I had taken a couple of drinks. In a very short time the manager was at my side apologizing for the incident and gave me my dinner free of charge. From that time on Byron and Roger would ask me if I brought my insect with me when we would be eating together.

Christian friendship is one of God’s richest blessings. I shall miss the many telephone calls from Byron as we talked about Sunday’s assemblies and many other subjects. He retired from AT&T several years ago. He believed in communicating via the telephone. But he didn’t have much confidence in emailing others or in taking the time to read the ones sent to him. It was in April of one year when he called me and said that he had just read my Christmas card I had sent him the previous December. We enjoyed a good laugh together. When I would call him on his cell phone I would usually ask him, “Byron, where are you?” He would be somewhere doing something for someone. If I could call him now and ask, “Byron, where are you?” He would say something like “For to me, to live is Christ, and to die is gain,” or, “to depart and be with Christ, which is far better” (Philippians 1:21,23). This is the blessed assurance that we have in our Lord Jesus Christ. My good friend you may now rest from your labors of love but your works and influence will continue for generations to come (Revelation 14:13).

Directions To The Grave of Byron Benson

The Benson family plot is located in the Greenwood Cemetery in Montgomery, Alabama. From I-85 take that Ann Street Exit and go north. Immediately turn right on Chestnut Street. Pass the first cemetery on the left. Go to next cemetery, Serenity Gardens. Turn into the first entrance. Head to the fourth right. Go to the next right. Stop the car under the first tree on the right. Look for the monument SANDERS. The other side of the SANDERS monument is the BENSON plot. The actual GPS location of the grave is 32°22'13.8"N 86°15'31.9"W / or D.d. 32.370490,-86.258852. 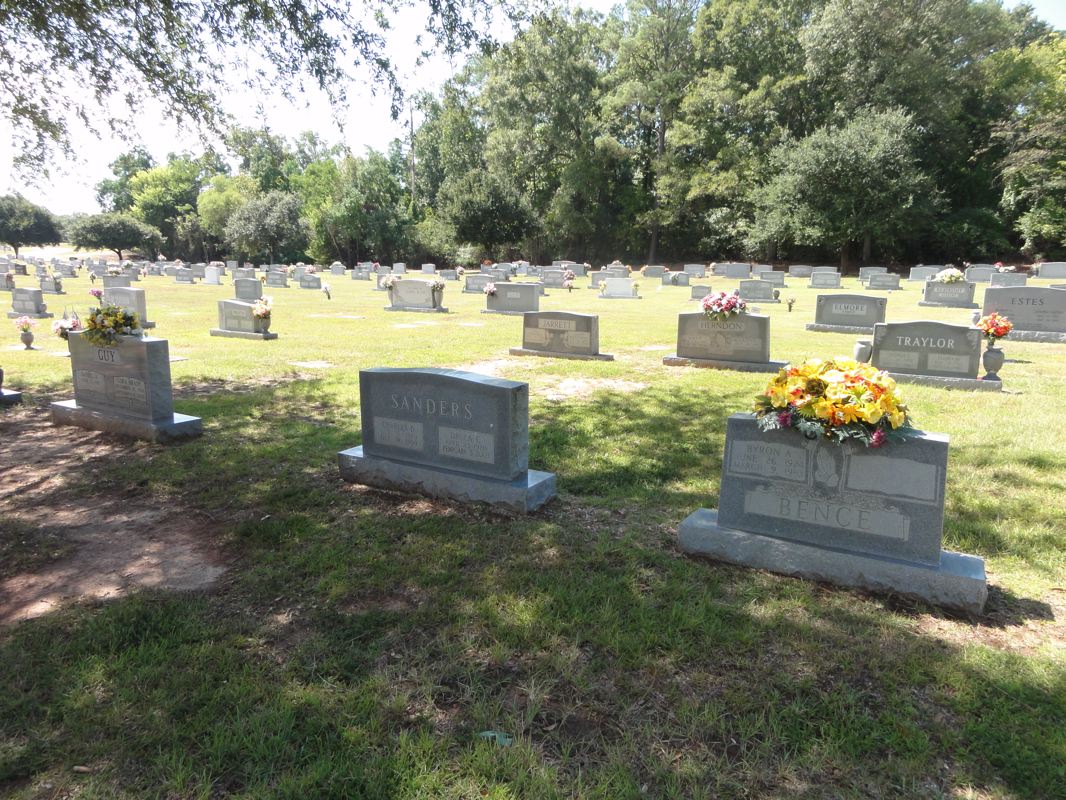 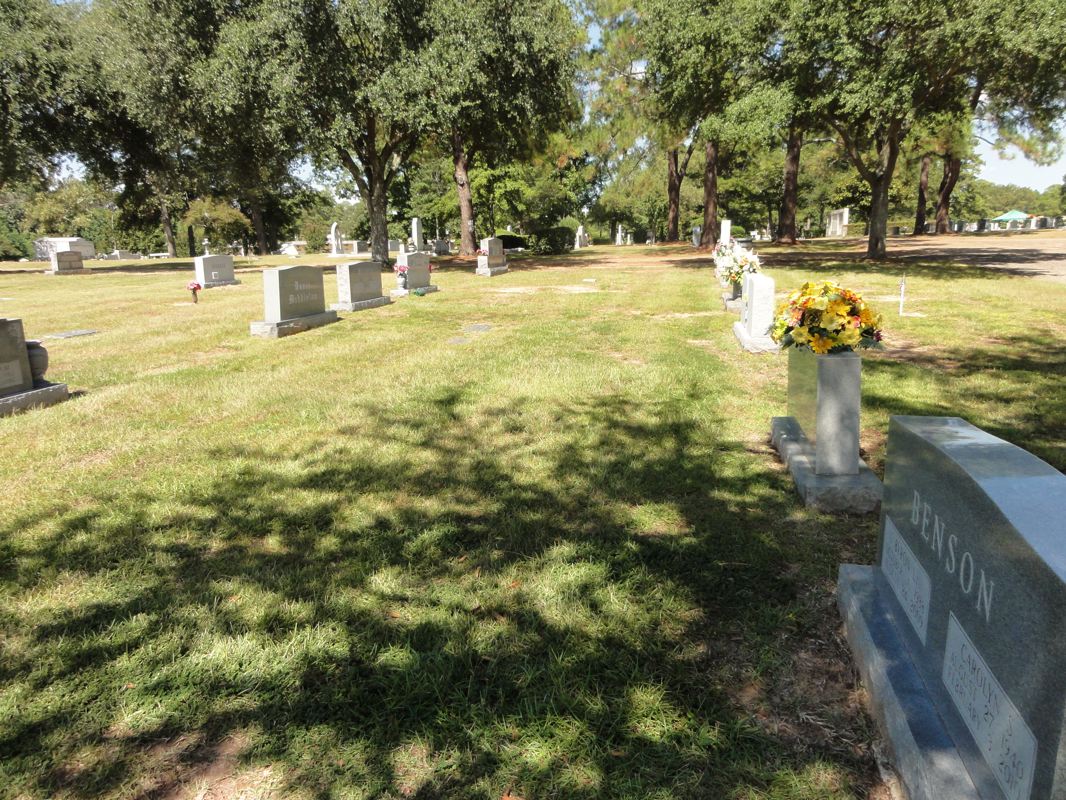 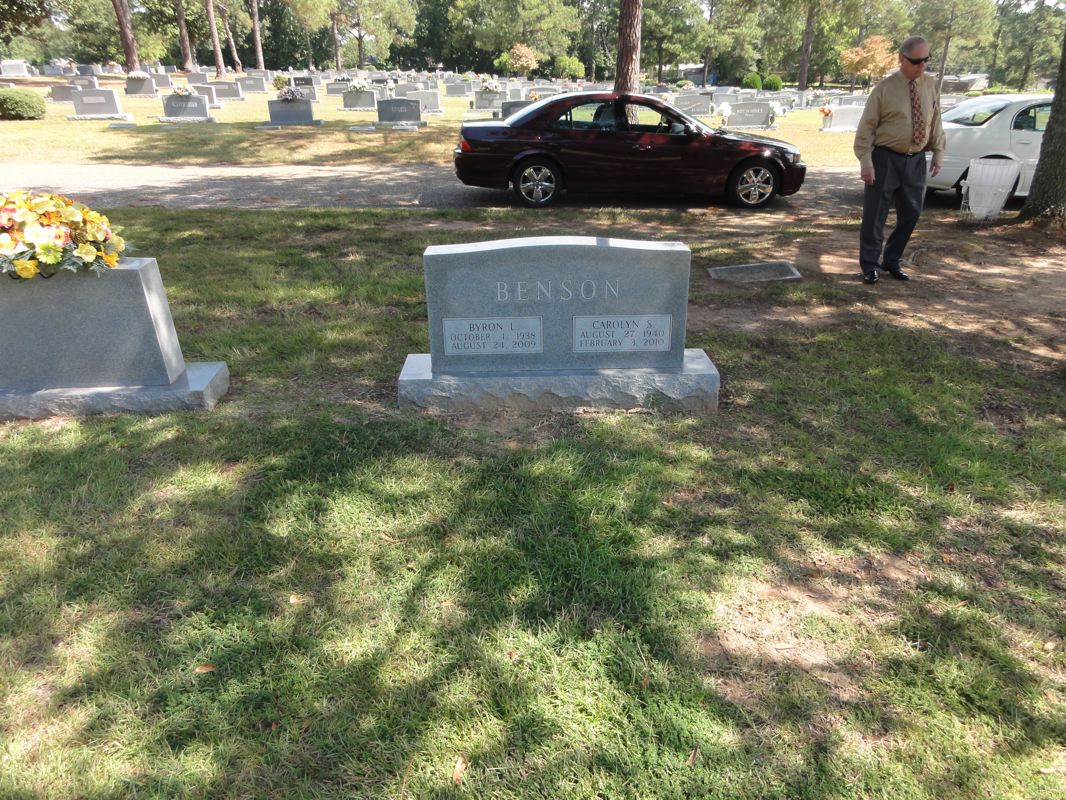 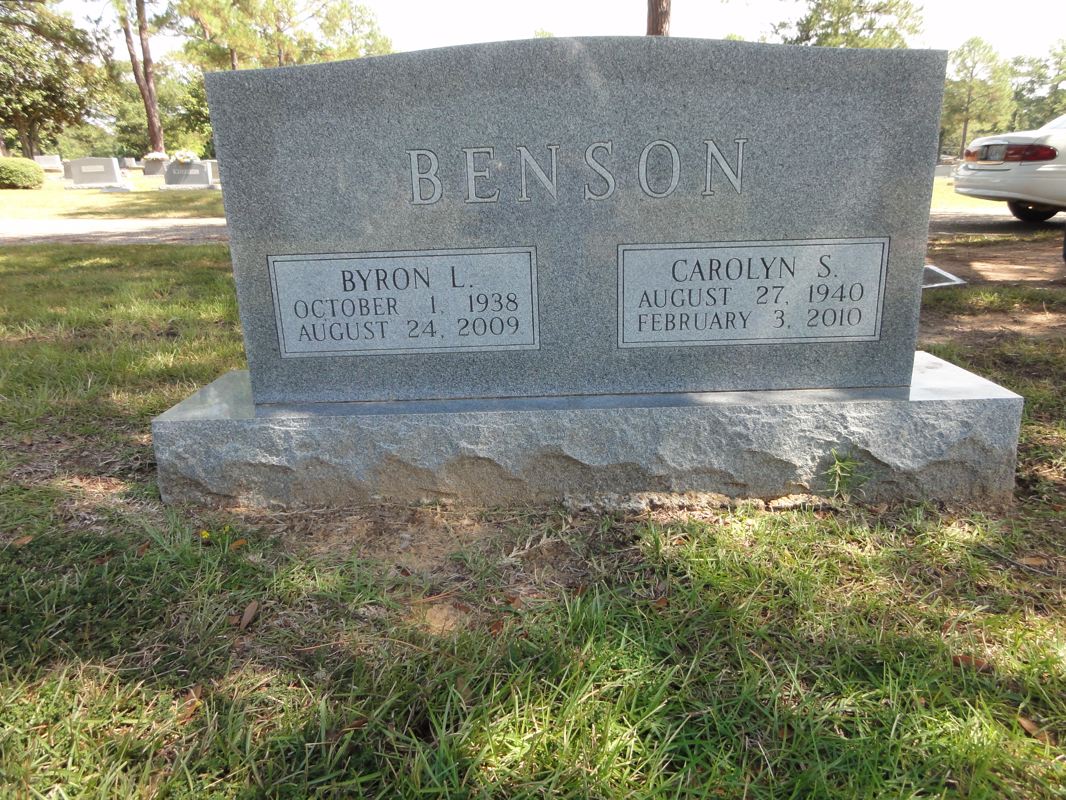 *Special Thanks to Raymond Elliott for the fine piece that he wrote on the life of his friend Byron. He had so many friends who loved him. Though we knew one another, he was a much closer friend to my dad, Richard T. Harp. They worked more closely together back in the mid sixties, when our family lived in Montgomery.