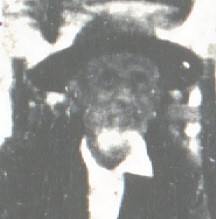 Photo taken the day before his death
on his 84th birthday 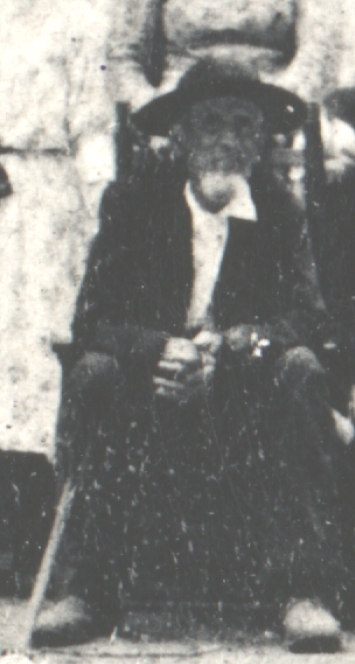 Son of Daniel Speegle, David married Winifred Cranford on October 8, 1830. They had 19 children. Winifred died in 1867, and David married Nancy Catherine Garren on October 30, 1870. David and Nancy had 7 children. David Speegle died the day after his 84th birthday. The picture was made on his birthday.

A cousin found a newspaper article in a book about Morgan County. The article was written about David's annual Birthday party. It was in the Alabama Enquirer and was printed July 24, 1890, after David's birthday and after his death.

"AN OCTOGENARIAN WHO LIVES IN CULLMAN COUNTY, ALA. AND HAS OVER THREE HUNDRED LIVING ANCESTORS-David Speegle, of Cullman County, has just celebrated his eighty-fourth birthday by a big basket picnic in his neighborhood, which was attended by fully a thousand of his friends and neighbors. Mr. Speegle was born in Lincoln County., NC, July 15, 1806, and was one of the very first settlers of that portion of Alabama, now known as Cullman County. For over sixty years, he has lived at, or very near his present homestead. He is the father of twenty six children, and his entire progeny extending down an the fifth generation, now numbers over 300 living members. The old gentleman, by use of his stick, is able to move around very well, and greatly enjoys the big birthday dinner that Brushy Creek settlement gives every 15th of July in his honor. All who know him hope and pray he may yet live to celebrate many birthdays with his family and neighbors, and be hale and hearty when he is one hundred years old."

This info was sent to me by Brenda Broadway.

David Speegle, the church of Christ preacher, who came to Cullman area, with his father Daniel Speegle. He first married Winifred Cranford. Winifred was a famous midwife and nurse, who rode by horse back from Crane Hill-Trimble area to Morgan County, Alabama, and Walker County, to tend to the sick and to deliver babies. The path she traveled became known as Speegle Blaze. Her and David had nineteen children themselves. Five of their sons and two son in laws, fought in the Civil War. Only one, Daniel Martin Speegle, came home. David married Nancy Garren after Winifred passed away. David fathered 27 children, but only 26 lived to adulthood. David was almost eighty years old when Nancy Catherine Speegle was born. He could predict very closely when a baby was due, and sent for a midwife, about 12 hours before the big event. He was the gritty pioneer, who taught newcomer, Colonel Cullman, a lesson in manners, apparently over a land dispute. Colonel Cullman carried a permanent scar across his cheek, created by Speegle's knife blade. They later became good friends. In 1859, David Speegle donated 10.5 acres of land for the Brushy Creek Church of Christ and Cemetery. Church records show that he was elected the first deacon of the newly reorganized church the following year (it was originally the Christian Church founded in 1833). He served as elder for several years, but according to original church records, he was baptized into the Mormon Church (Latter Day Saints), following a local crusade, by traveling evangelists around 1880. He retained membership in the Mormon Church until his death in 1890, at the age of 84. He is buried at Brushy Creek, next to Winifred Speegle, and close to his father, Daniel Speegle.

THE "GOOD SAMARITAN" OF THE HILLS
WRITTEN & SUBMITTED BY: ROY GILBERT DODD

Winifred Wilkes (Cranford) Speegle (some spell it Speagle) believed in her God and believed she was put on Earth to help her fellow man. She was known to walk miles, often through dense brush and overgrown animal trails to be of some assistance to a "neighbor" in need. Whether it be gathering firewood, carrying water, helping to deliver a baby or nurse a sick or injured friend, acquaintance or total stranger back to health, Winifred was there to help.

She married the Reverend David Speegle on October 8, 1830 in Morgan County, Alabama. She was the second of fourteen children born to John Calvin & Elizabeth (Wilkes) Cranford and the younger sister of my Great, great, great Grandfather Abner Cranford. She, with the help of her dear and loving husband, gave birth to nineteen healthy children of their own. All of her children lived to be adults, however 4 of her sons and 2 sons-in-law died in battle during the American Civil War, or as it was better known in Alabama; The War For Southern Independence. The ironic and tragic truth of the matter was that 3 of those sons fought for the Union (the North) while their brothers were Confederate. Seven volunteered to fight, only one returned alive. Truly the war WAS brother against brother.

The tragic events of her life only made Winifred a stronger person. She and the Rev. Speegle donated land, time and money to help those around them. The land on which the Brushy Creek, Cullman Co., Alabama Church of Christ was built, was donated by the Speegles as was the land for the family Cemetary near Trimble Community. When a barn or a house needed to be built, Winifred and Rev. Speegle would be there to help. There are literally hundreds of folks in that part of the country who's ancestors first saw the light of day as they were delivered at birth into the waiting arms of the "Good Samaritan" and mid-wife of Cullman County, Winifred Wilkes (Cranford) Speegle.

Directions To The Grave of David C. Speegle 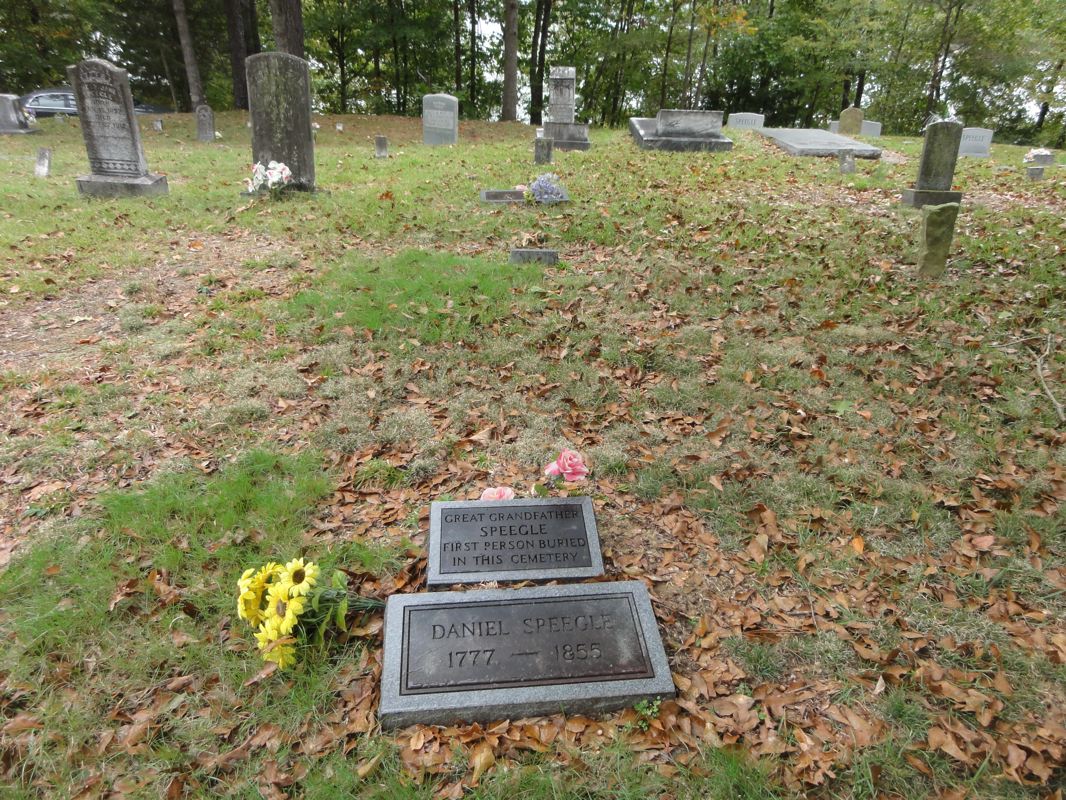 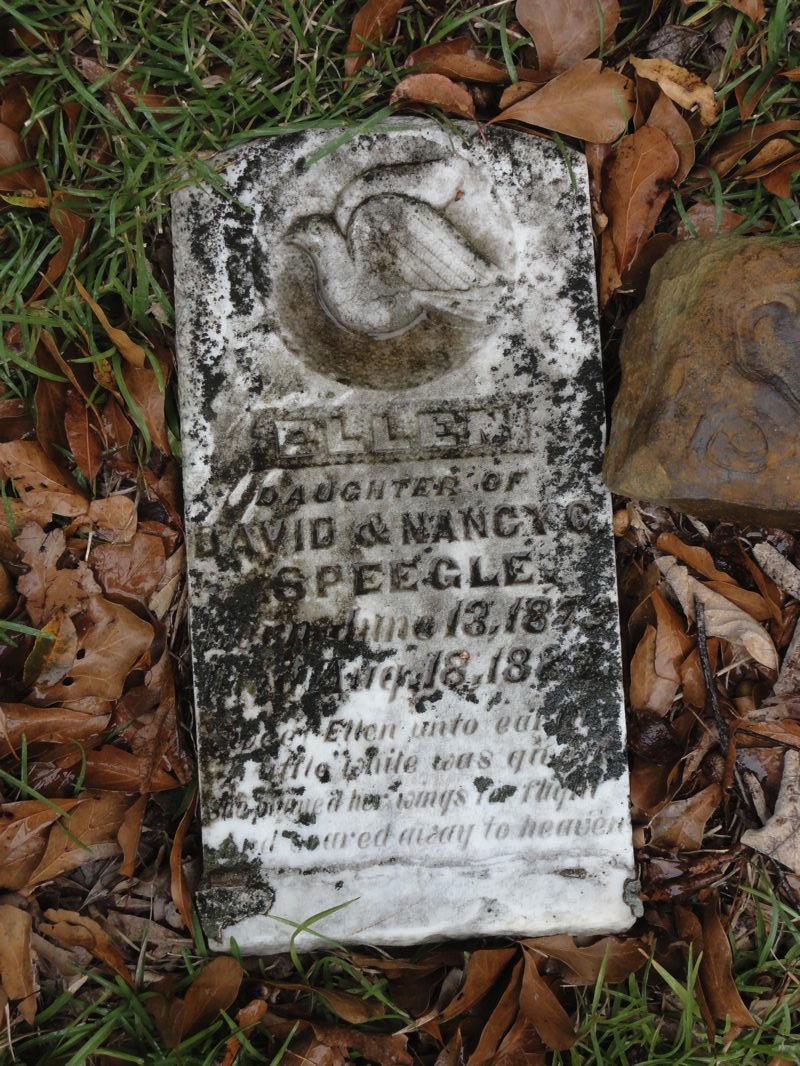 Ellen
Daughter of
David & Nancy C. Speegle
Born June 13, 1872
Died May 18, 1881
Sweet Ellen unto earth
A little while was ????
she prayed her wings for flight
and soared away to heaven 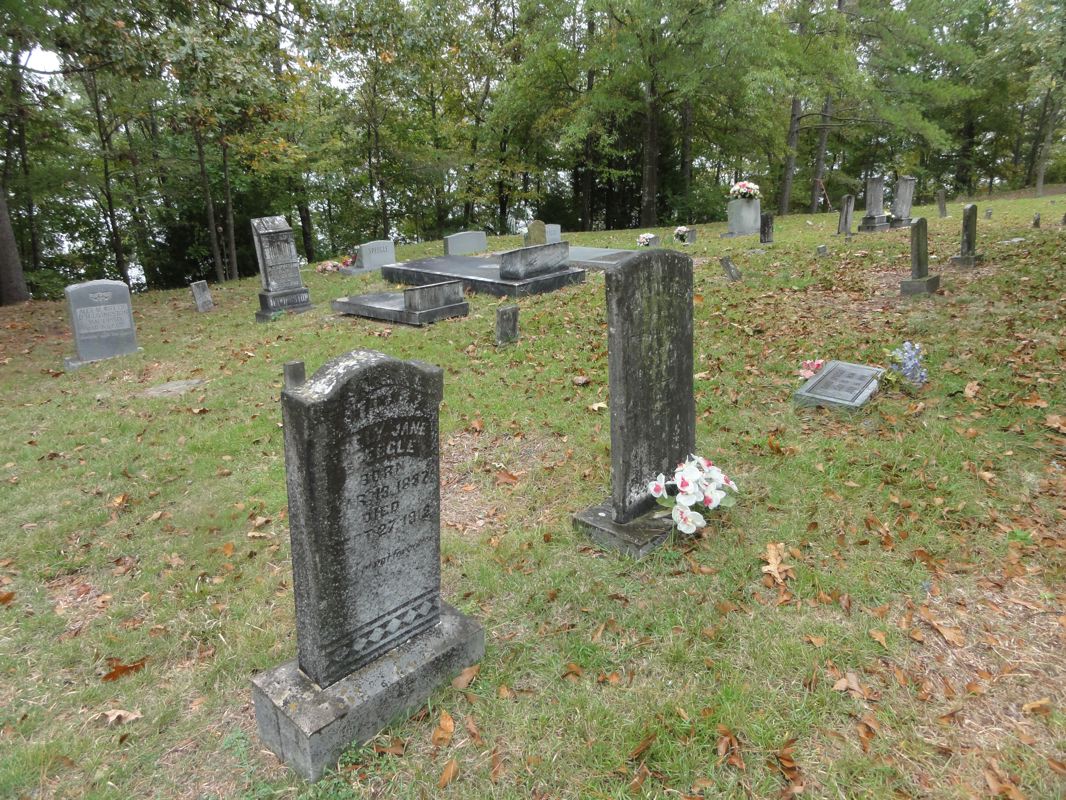 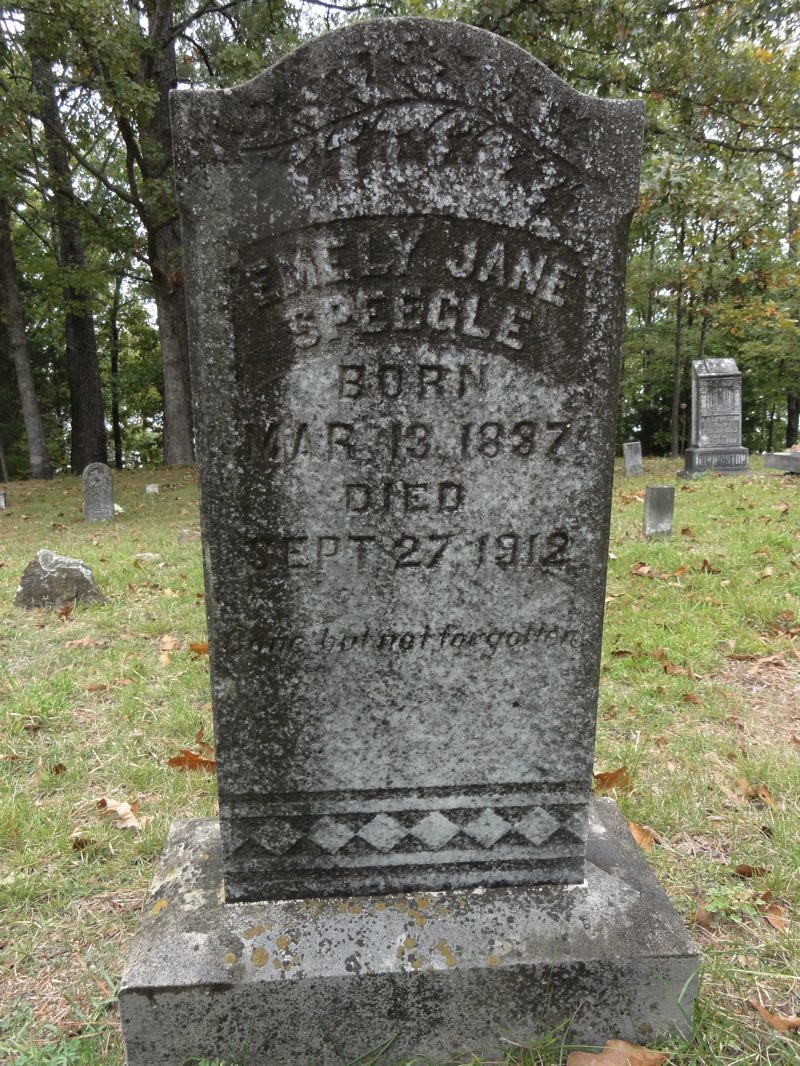 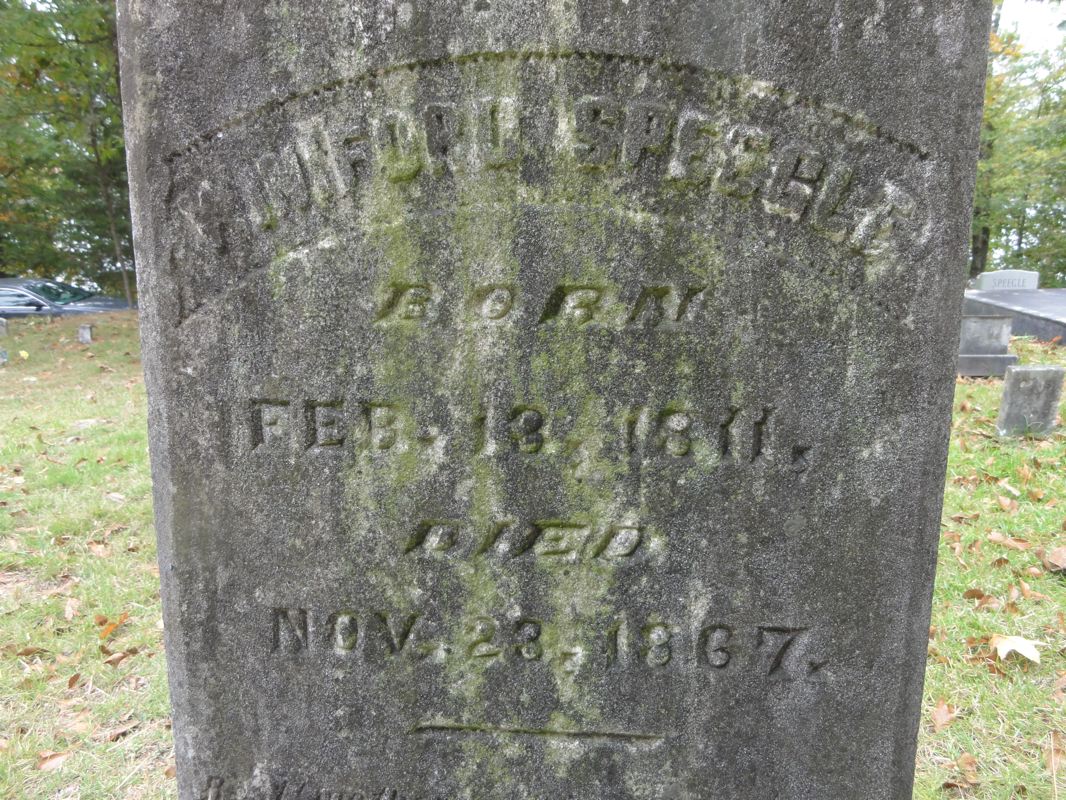 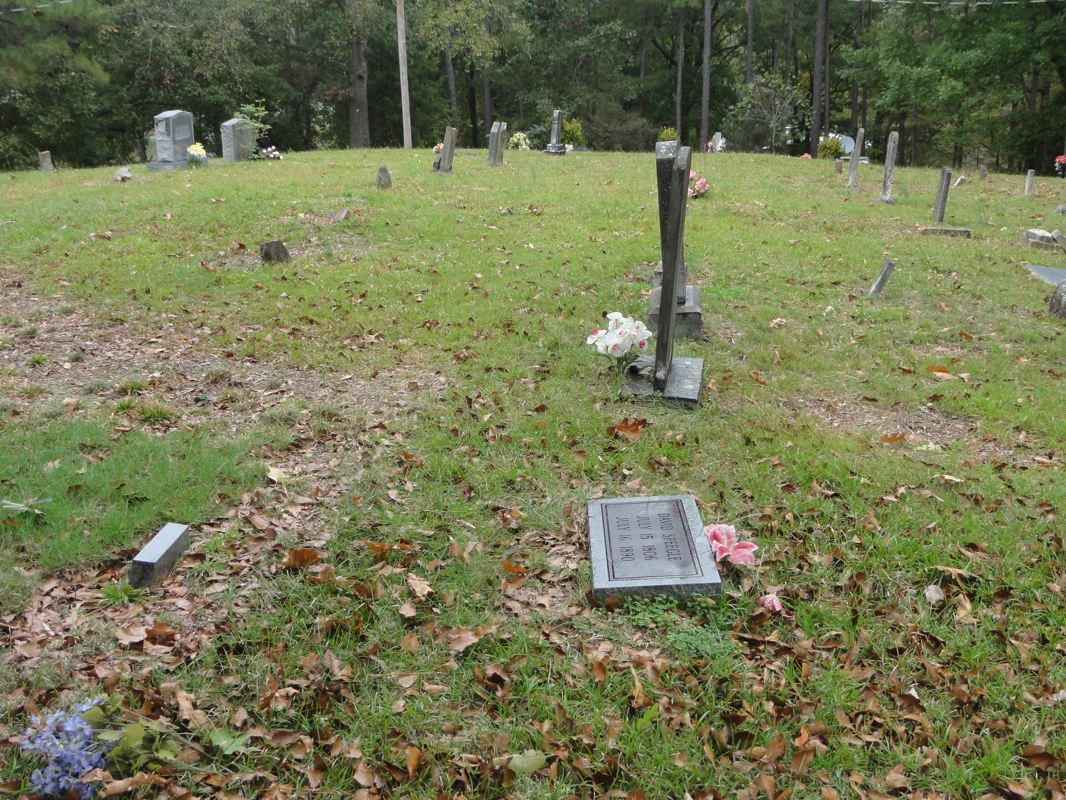 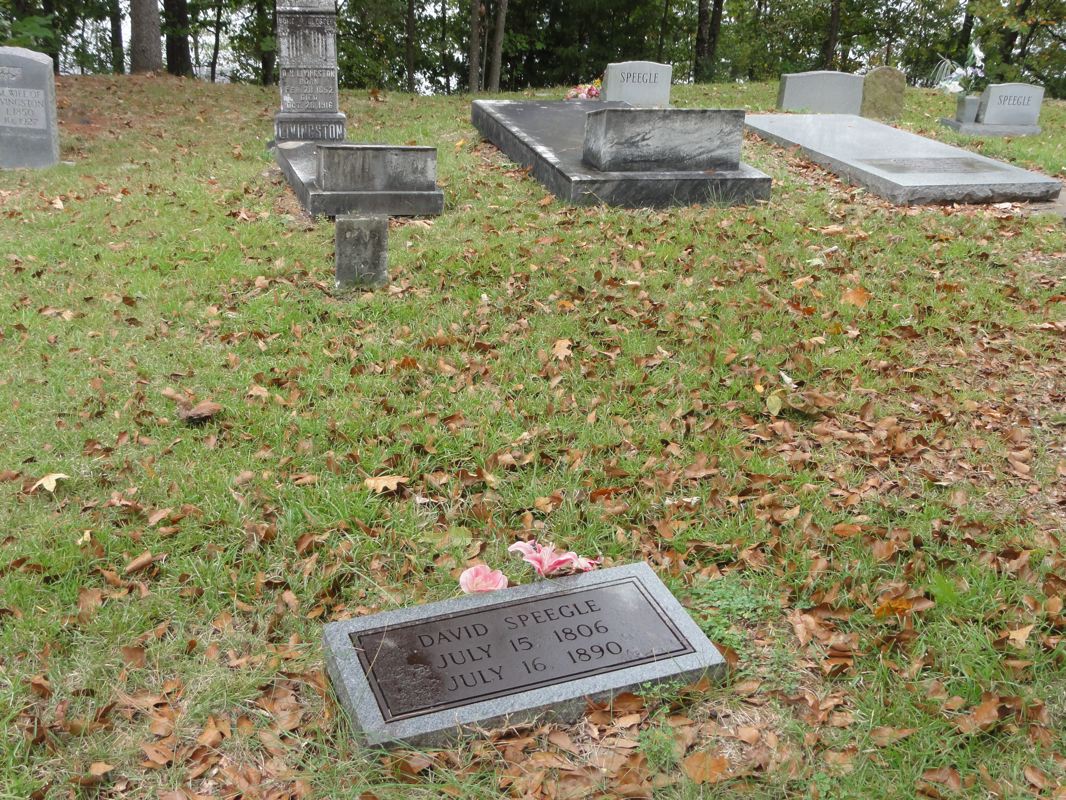 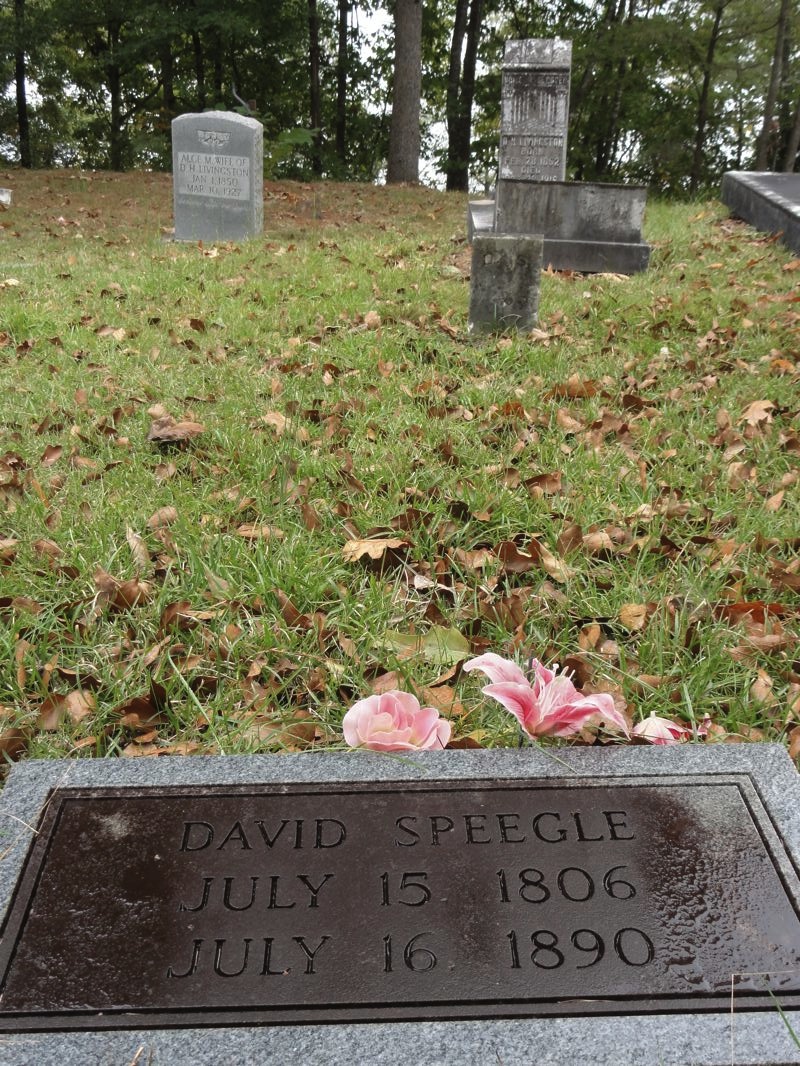