Biographical Sketch On The Life Of Dossie Stone

John Dossie Stone was born November 17, 1890 in Fair Play, South Carolina. He married Lillie Pearl Dees January 9, 1909. Together they had two children, Bonnie and Talmadge. He moved to Northwest Alabama and lived in the small community just out of Haleyville called Thornhill. While in this area Dossie, as he was called, came under the influence of G.A. Dunn, Benjamin Harding, and numerous other preachers of that day. Brother Dunn baptized Dossie in July, 1911 in Haleyville.

Two years later he preached his first sermon at Haleyville, starting on a path that would endure with him the rest of his life. His training was through the mail, as he received Correspondence Courses from Ashley S. Johnson, the great Christian educator of East Tennessee. To help support himself in life, he learned to work on radios and televisions, which kept him busy six days per week. But on the first day, he did that which was his passion, preaching the gospel. He was the preacher at Thornhill from 1913 to 1934; at Acipco, 1949-1951; and later at Oak Grove, Delmar in the early 60s. Between 1945 and 1950 he produced a weekly radio program on Birmingham's WKAX, entitled "Gospel Truth Program."Then he conducted a thirty minute radio program for a few years on Haleyville's Radio Station WJBB every Sunday morning at 9:00am, sponsored by the Oak Grove Church of Christ. Incidentally, Churches of Christ in the area have continued to produce a thirty minute program every Sunday morning, since that time that continues to this day. While in the Birmingham area, between 1945 and 1949 he published a brotherhood journal called, The Fighting Preacher. He preached Gospel Meetings all around the area.

The preaching career of Dossie Stone never took him beyond an eighty mile stretch between middle and northwest Alabama, but the respect and love of the masses in that area was truly great. He was a man of God who preached the faith once delivered to the saints until his death May 21, 1970. He was laid to rest in the cemetery at Thornhill, in a special plot given to the family in recognition for his labors, across the street from the main cemetery.

Webmaster's Note: I have a personal appreciation for the life and work of Dossie Stone. His influence was felt not only in the area of my birth, Haleyville, Alabama, but especially with my family. My grandparents, Ralph and Bernice Harp, knew Dossie Stone, and they grew up under his preaching. He performed their wedding ceremony in 1936. Some of my ancestors are buried in the old church cemetery there at Thornhill near the grave of Stone, including my great, great grandfather, W.D. "Big Dad"Fell, and his father, M.A. Fell who died in 1920.

Location Of The Grave Of John Dossie Stone

John D. Stone was buried in the cemetery at Thornhill Church of Christ, Marion County, Alabama. From Birmingham travel northwest on Hwy. 78 to Jasper, Alabama. Travel north 25 miles on Hwy 5 toward Haleyville. At Natural Bridge turn left on Hwy. 278. Travel about 9 miles to the Whitehouse Community. Before crossing Hwy. 129 turn right on Burleson Loop Road (Co. Rd. 19) and go six miles. The Thornhill church building will be on your left. When you see the cemetery look across the street to your right. There is a small family plot located at the north end of the cemetery. Stone is buried in this plot. The actual location of the grave is: 34°09'16.5"N 87°40'12.4"W / or D.d. 34.154578,-87.670121 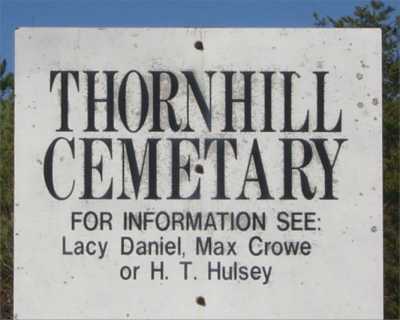 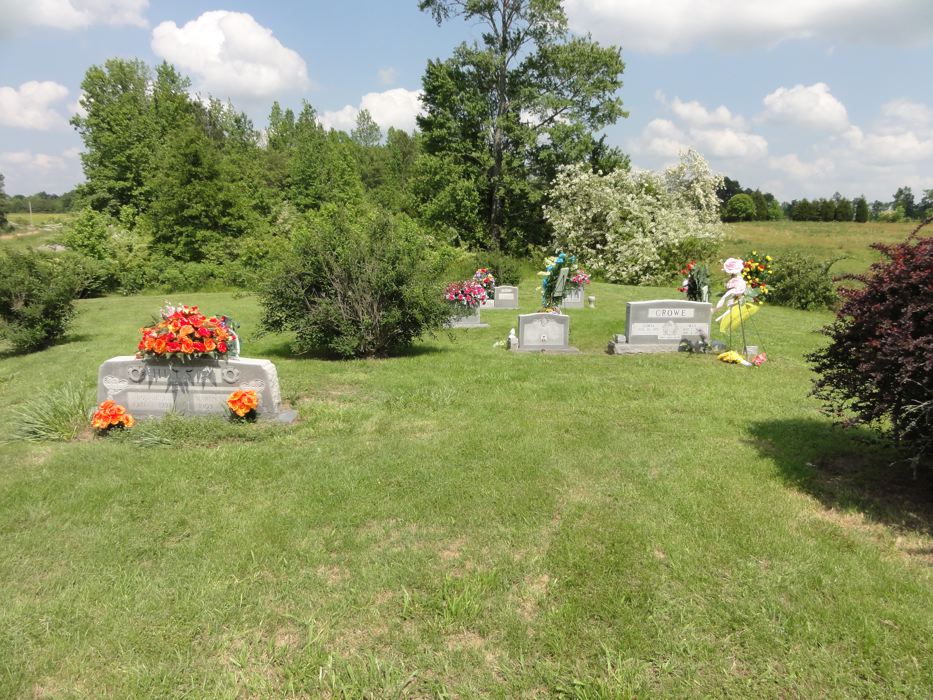 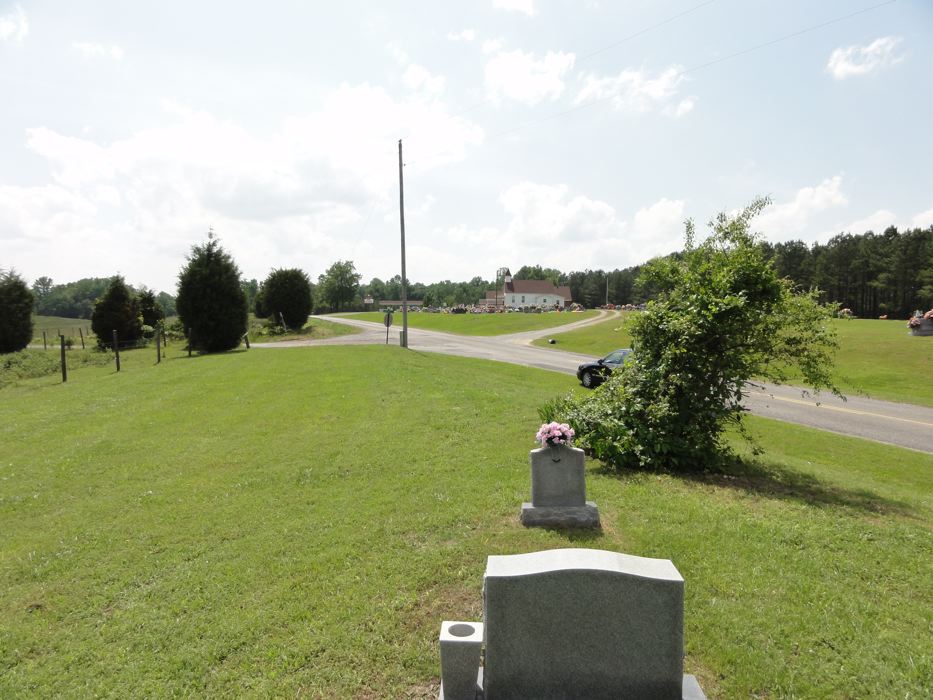 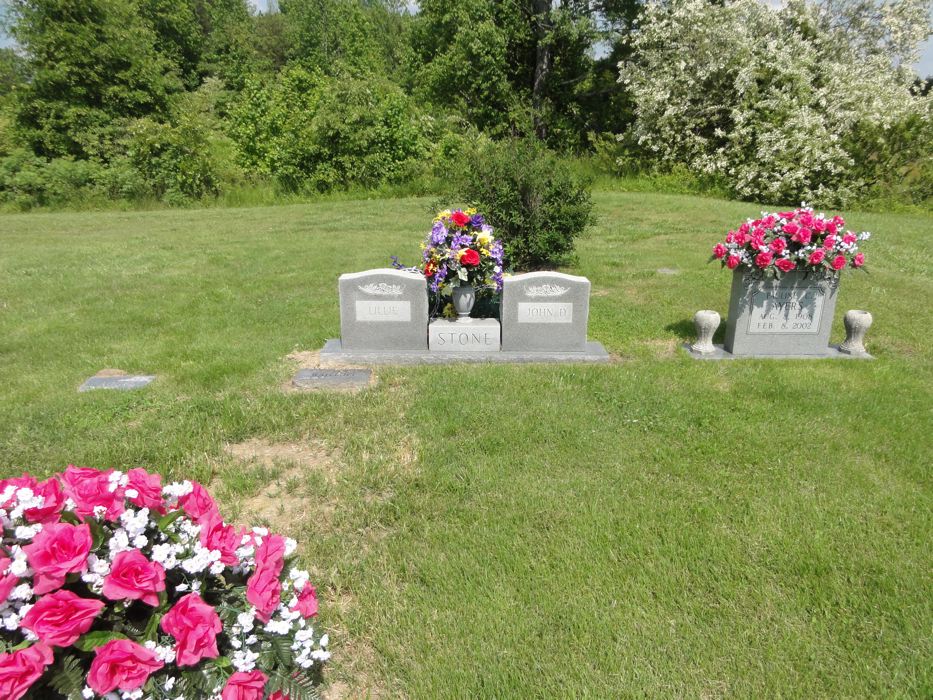 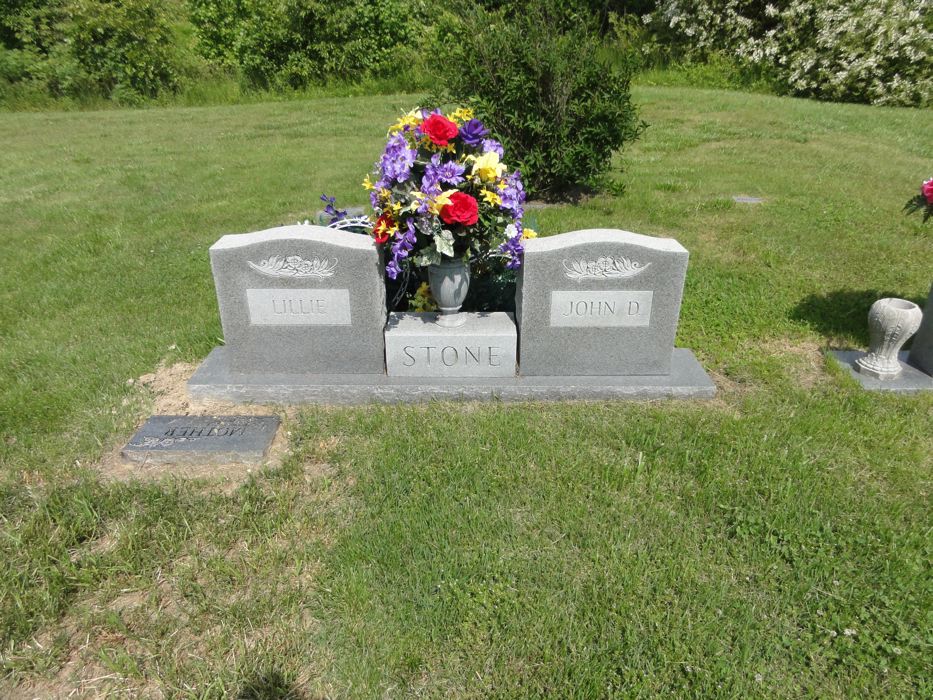