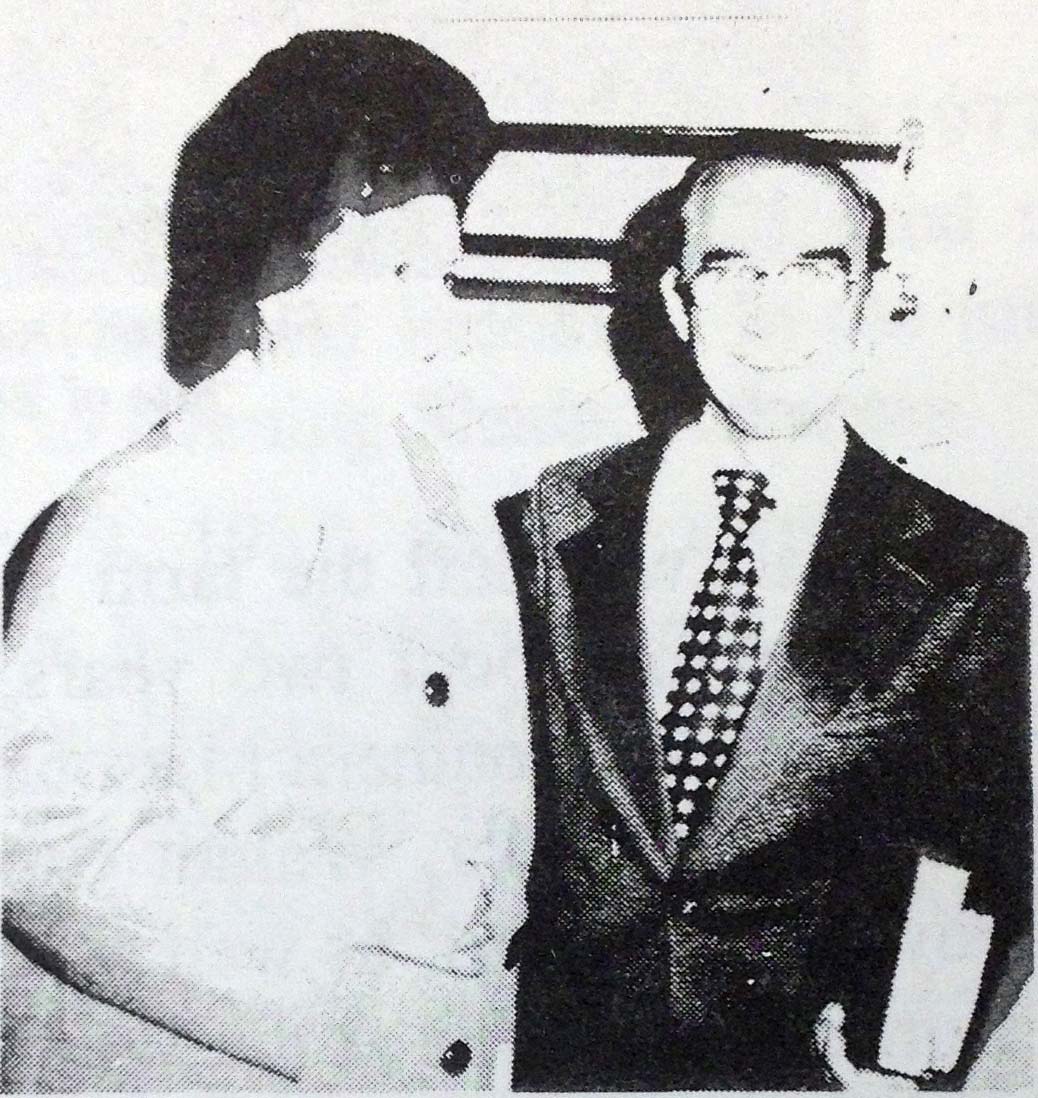 The Life Of A.C. Blackwell, Sr.

One small preacher who made a big difference among New Testament churches was Arthur Blackwell. The neat Blackwell with the penetrating eyes was just over five feet in stature, but was considered a big man in oral delivery of the gospel with strong beliefs. His auditors may not have always agreed with everything this sincere brother preached, but they knew what, why and how he believed. He never pulled punches or compromised his convictions.

Born near Warm Springs in Randolph County, April 26, 1922, he was the son of William D. (Will) and Cora Blackwell. The Blackwells attended services of the Church of Christ in the old Blackwell Den school house. During a gospel meeting conducted by Clarence Medleting in the summer of 1941, Arthur surrendered his life to the Lord. One year later, on July 3rd, he married Essie N. Vandergriff (who would remain his faithful companion in life as well as death).

During World War II, Arthur served as a corpsman and cook in the Army. He returned to Randolph County after the War and settled on the old farm his grandfather, J. D. Blackwell, had carved out of the Warm Springs hills in the 1880s.

Arthur was a studious and bright young man who loved the church. Family members and visiting preachers recognized in him an unusual ability and knowledge of the Scriptures, and encouraged him to preach. In 1946, he preached his first sermon in the old Blackwell Den school house. Perhaps his first Gospel Meeting was when he and Cecil Wilson shared the pulpit in an old community building between Warm Springs and Dalton. Blackwell would preach one night while Wilson would lead the singing, and the next night the roles were changed. Blackwell and Wilson became life-long friends and assisted each other in many ways throughout the years. When Wilson died in 1984, Blackwell was one of three ministers who spoke at his memorial service at Pyburn Street in Pocahontas.

Blackwell left the farm in 1947 and became a student at Harding College for about two years. On Sundays he returned to northeast Arkansas and southern Missouri to preach. He was a frequent speaker at Corning, Palatka, Walnut Grove and Success in Clay County, and at Poynor, Missouri, as well as for churches in Randolph County. He also worked for awhile at the Western Auto Store in Coming.

When he was 28 years old, the church at Klamath Falls, Oregon, invited him to move and preach there. He accepted, and during the next four years the church "multiplied exceedingly." Blackwell's use of the radio and his public debate on "Instrumental Music" brought him into the public eye, and utilizing his pleasant personality and powerful preaching, he won many converts to the cause of Christ. A small church in Rockford, Illinois, asked the Blackwells to help build their congregation. They accepted and began their work for what would become the Loves Park congregation in 1954. Arthur's first sennon was preached in a Grange hall which was where the brethren had been meeting. But, not too long afterwards, following Blackwell's public debates on "The Plan of Salvation," "Holy Spirit Baptism," and "Apostasy," and along with his regular preaching and great success on a local radio station, the church had grown large enough to build their own meeting house. The Blackwells moved to Mammoth Spring, Arkansas, in 1956 and remained two years. Later Blackwell served the church at Fisher Street, Jonesboro (1958-61), Sand Springs, Oklahoma (1961-63), McCrory, Arkansas (1963-64), and West End, St. Louis. Missouri (1964-65).

The West End Church was in an unsettled condition when Arthur arrived. He was unable to preserve its unity, however, and the church experienced a tragic split. A large group established the Mid-West Church in St. Louis and Blackwell became the preacher in 1965. In February, 1971, he met the truculent James Ivy of Light, Arkansas. in a public discussion at the Community Center in Walnut Ridge, Arkansas. They debated four nights before a large audience on the subjects of "Conditions of Salvation" and "Predestination and Election." Boyd Morgan of Paragould and Shelby Floyd of Indianapolis, Indiana, were Blackwell's moderators.1 (1 Ivy-Blackwell Discussion Slated," Gospel Exhorter (Feb. 1971):3. This writer attended the debate and took copious notes. Ivy had few adherents at the debate.)

Arthur and Essie subsequently moved to Batesville, Arkansas (1973-75), the Downtown Church, Jonesboro, Arkansas (1975-77), and to churches in Louisiana: Jonesboro, Leesville, and Franklin. In the mid 1980s, he and his beloved Essie moved to Evening Shade, Arkansas.

In mid-morning of Friday, January 9, 1987, the Blackwells were traveling north from their Evening Shade home toward Hardy, presumably intending to follow U.S. 62 to Pocahontas. Before they reached Hardy their car went out of control on icy highway 58, overturned, and traveled 93 feet before coming to rest on its left side at a ditch embankment. Arthur was pronounced dead on arrival at the hospital in Cherokee Village. Essie lived several hours and died in St. Bernard's Hospital in Jonesboro.

The Pyburn Street Church in Pocahontas was filled to capacity for the double services on Tuesday afternoon, January 13, 1987. Kenneth Gossett, a Jonesboro minister, paid an eloquent tribute to them. Their bodies were interred in the Antioch Cemetery. One son, Dr. Arthur C. Blackwell, Jr., survives and lives at Mountain Home Arkansas.2 (2 F. W. Gould, "Christian Couple Die in Auto Crash!" Firm Foundation (January 27, 1987):26 (58).

In mid-morning of Friday, January 9, brother and sister Arthur Blackwell were traveling north from their Evening Shade, Arkansas, home toward Hardy and presumably intending to follow U.S. 62 to Pocahontas. Before they reached Hardy their car went out of control on icy highway 58, overturned, and traveled 93 feet before coming to rest on its left side at a ditch embankment. Arthur was pronounced dead on arrival at the hospital in Cherokee Village.

Essie lived several hours and died in St. Bernard's Hospital in Jonesboro. They were both natives of Randolph County and frequently came here for a visit with their people.

The Pyburn Street church, Pocahontas, was filled to capacity for the double services Tuesday afternoon at two o'clock. Brother Kenneth Gossett, Jonesboro minister, paid an eloquent tribute to the fine couple. Interment was in the Antioch Cemetery in their native county.

Arthur spent forty of his sixty-four years upon earth preaching the gospel of Christ. He made it a practice to spend only a few years with one congregation, and, under those circumstances, had the privilege of working in a number of communities. No one ever charged that an uncertain sound fell from his lips in his presentation of truth. He was well informed and highly capable of defending the truth, which he did on more than one occasion.

Arthur's work as a gospel preacher took him into Missouri, Illinois, Kansas, Indiana, Louisiana, Florida, Oregon, and of course, his native state of Arkansas. Arthur and Essie leave one son, Dr. A. C. Blackwell and three grandchildren, Gainesville, Missouri. Numerous other relatives and friends mourn their sudden and tragic deaths. 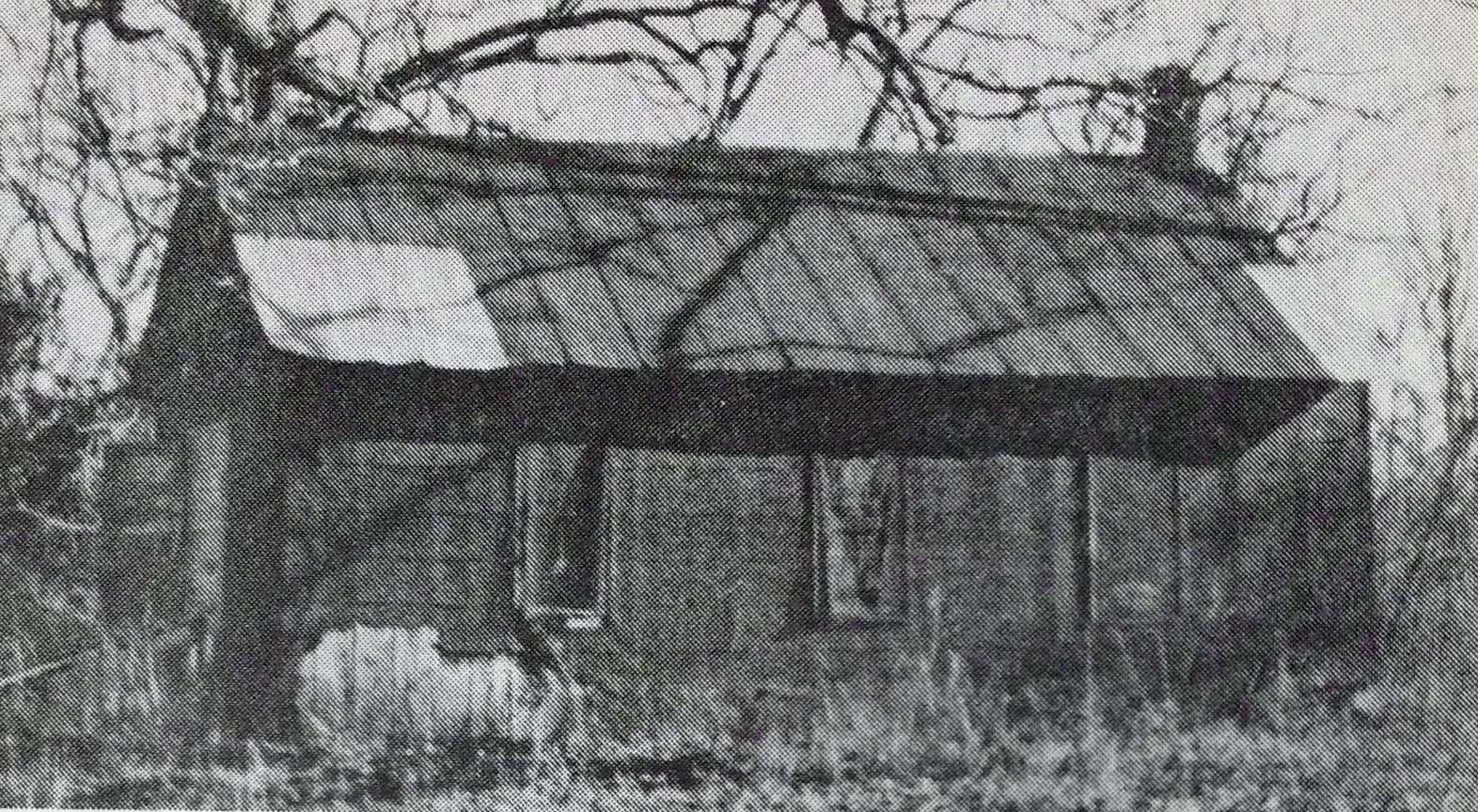 Directions To The Grave of A.C. Blackwell 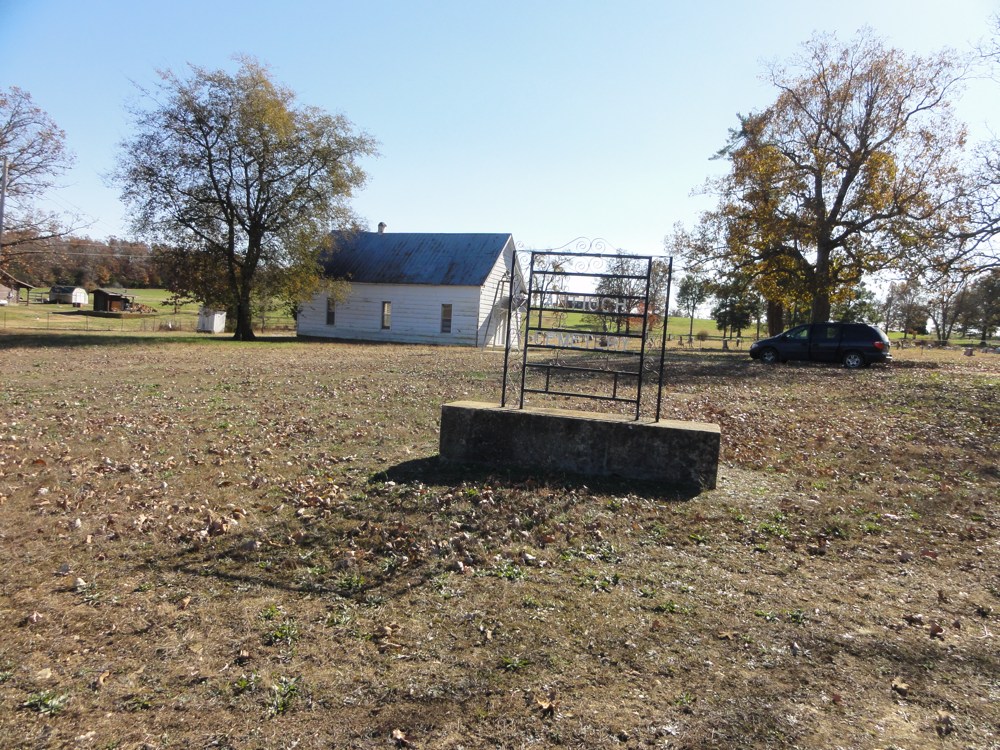 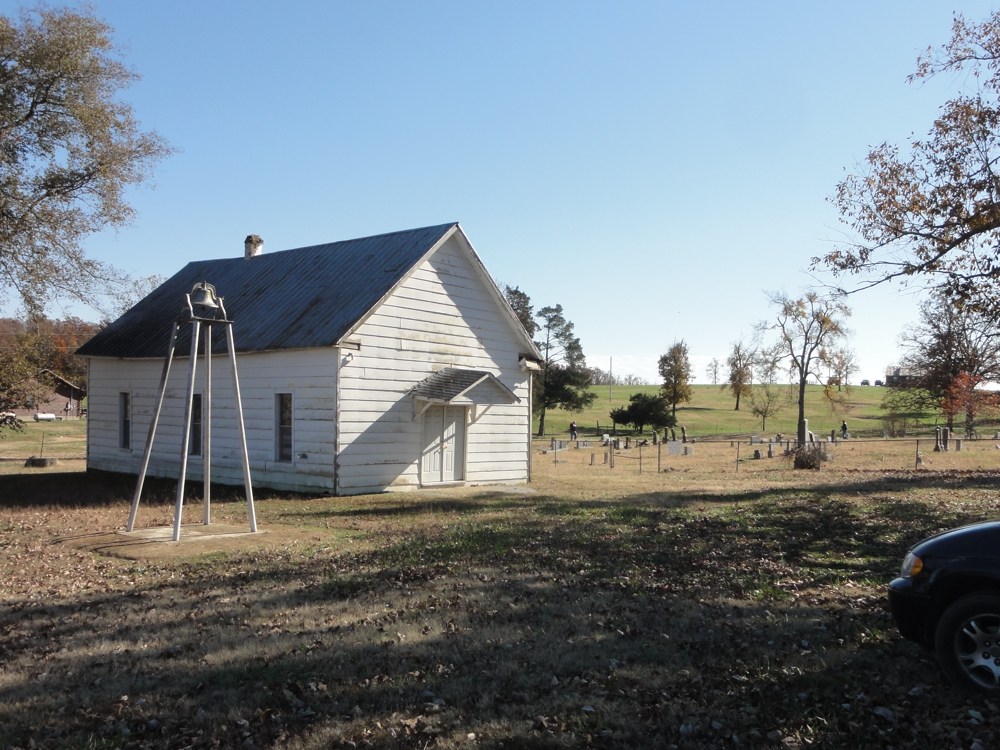 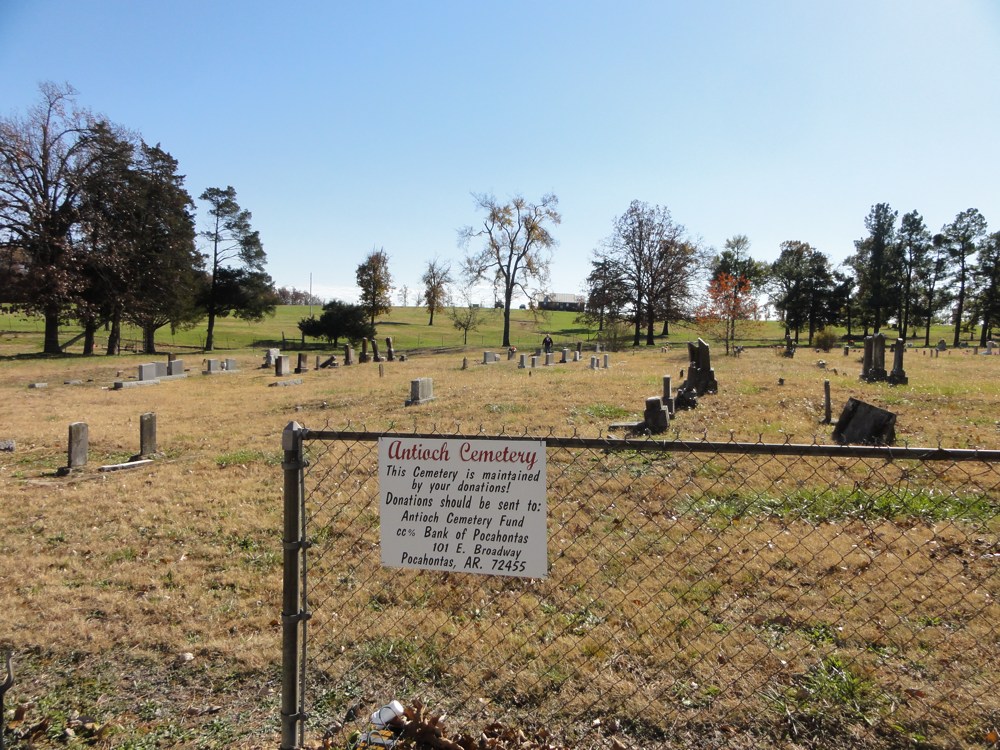 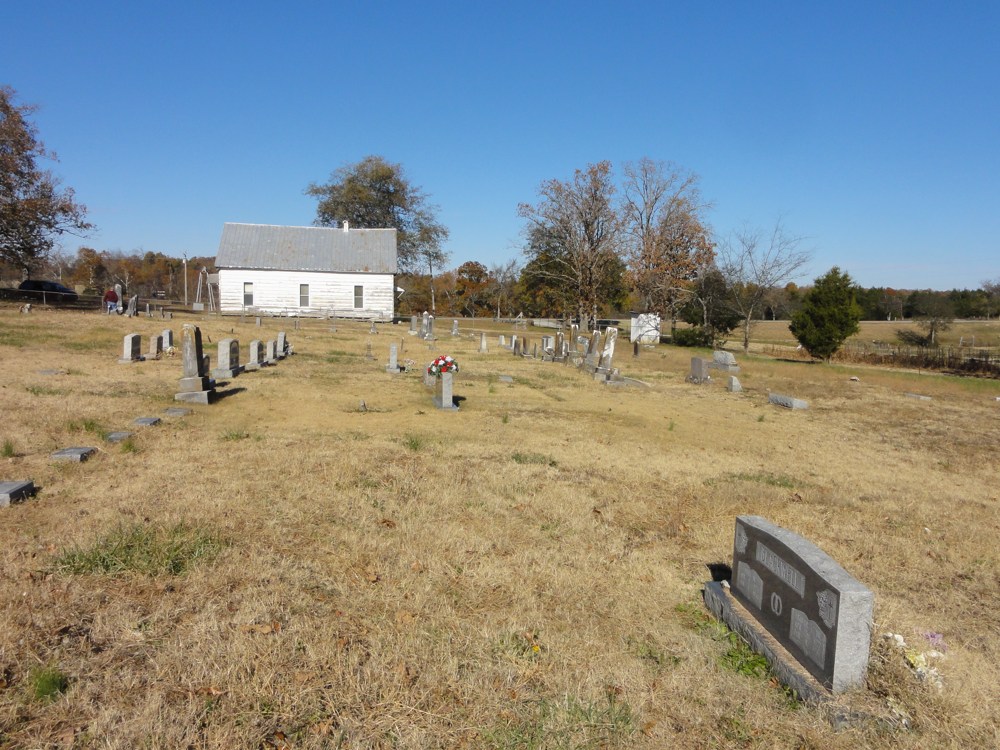 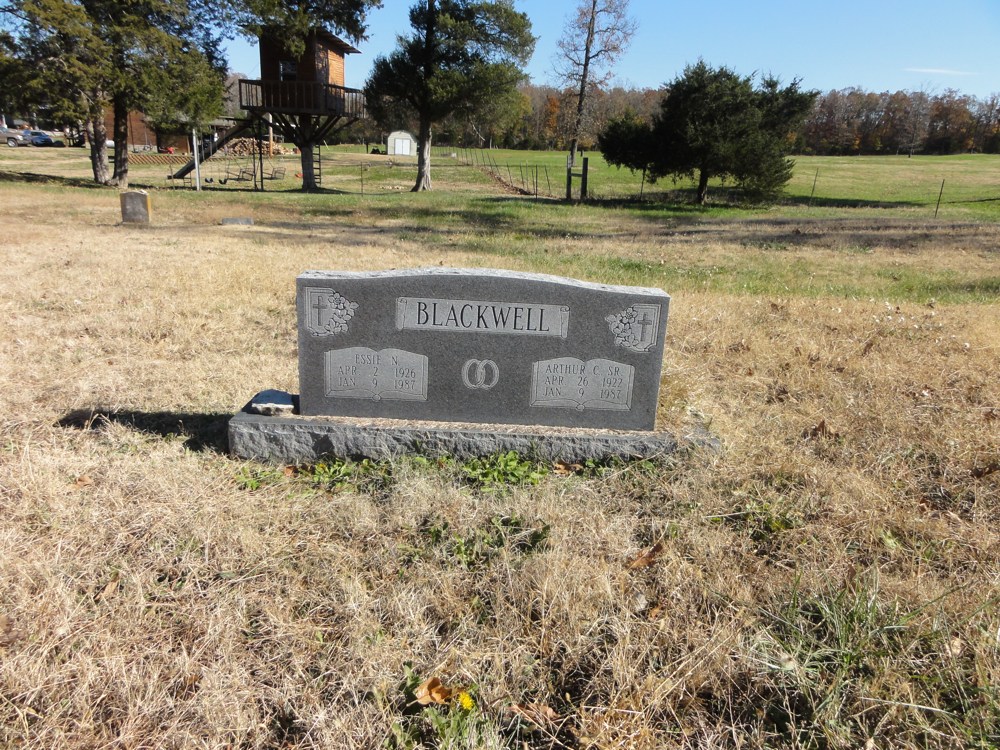 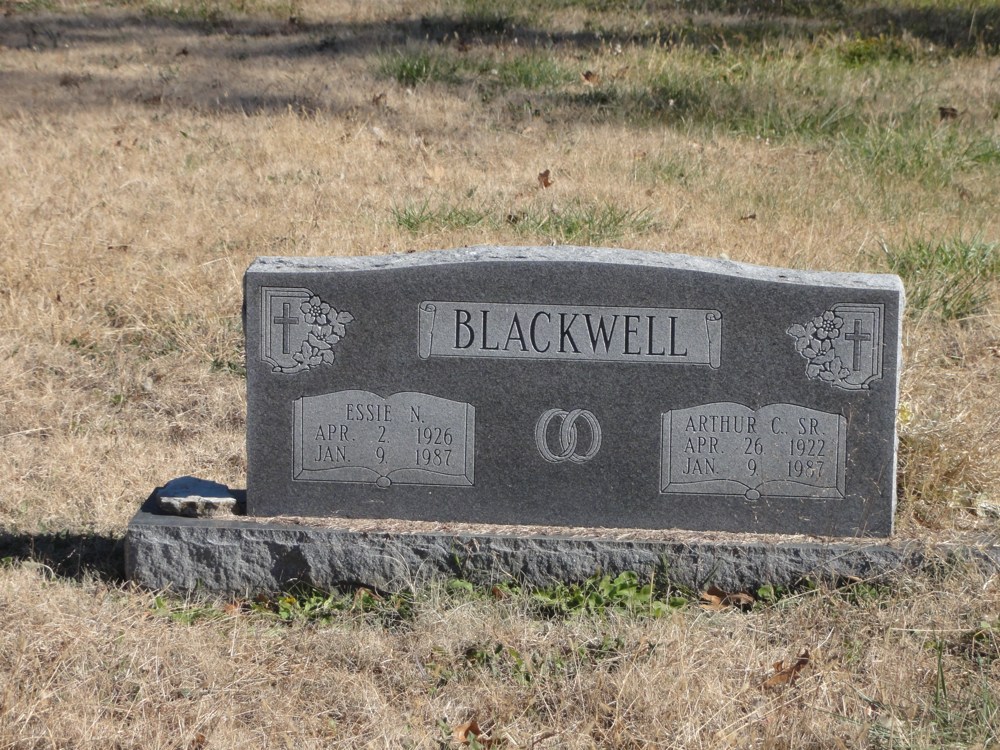