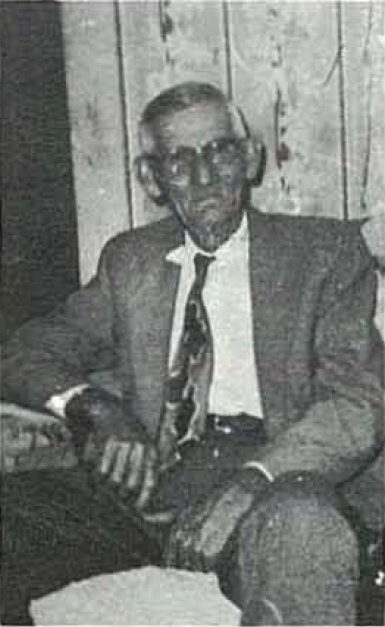 *Layton Monroe Goings was born in Sharp County at Poughkeepsie, Arkansas June 7, 1883. Reared there, he was educated in the common county schools and came under the strong influence of the gospel early in life and was baptized into Christ in 1891 at the age of eighteen.

He and his wife, Belle, reared ten children in the Bettistown Community, three sons and seven daughters. To care for his family he farmed and preached whenever the opportunity offered itself.

Bettistown was his home congregation and his neighbors and brethren held him in high esteem.

He was a tall man, standing about six feet, quietly mannered and very sincere in his exhortation. His early study to prepare himself to preach was by the light of the old fashioned grease lamp, a vessel containing grease into which a piece of rolled up cloth was stuck.

The Bible was by far the greatest book in his life and he was true to its teaching in word and deed.

Brother Goings was not a debater by design but firmly believed that a gospel preacher ought to defend what he preached when called upon. This conviction led him into the only debate of his career.

He met a Baptist preacher in the Bettistown church house and to his credit, the truth did not suffer in his hands.

Rearing his large family took most of his time and the balance of it was devoted to the cause of Christ and His Kingdom. Most of his preaching was limited to Sharp and Lawrence nounties. He preached often at Duvall church near Walnut Ridge, Arkansas. He was dearly loved and respected by all who knew him.

When old age came to him, he and his wife moved to Williford.

The last few years he was racked with ill health and spent quite a bit of time in the hospital. His illness was accepted by him as graciously as could be and no conversation was as pleasing to him as a talk on God's Word. On my last visit to him he wanted to talk over a couple of questions with me.

Brother Ed Inman of Walnut Ridge, Arkansas and I conducted the funeral service Sunday, July 3. So many older persons who outlive their old friends die and there is not too large an attendance at their funeral. This was not so with Brother Goings. The service was held in the Bettistown meetinghouse and as many were outside the building as were able to get inside it. The house was filled an hour before time to start.

Not many men leave the prodigy that Brother Goings left. He left direct descendants of ten children, fifty grandchildren and sixty great grandchildren. His wife and two brothers also survived him. He left behind an honored and respected name and sixty-five years of works in the Master's Vineyard to follow him as he rests from his labors. 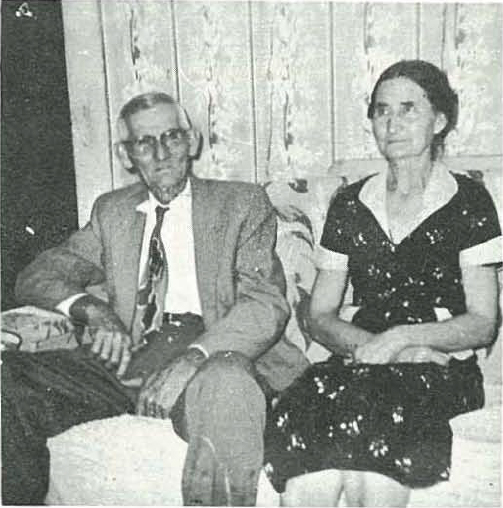 Directions To The Grave of L.M. Goings

L.M. Goings is buried in Buchanan Cemetery near Center, Sharp County, Arkansas. The Cemetery is located between Walnut Ridge and Cherokee Village. Take Hwy. 412 west of Walnut Ridge and head south on Hwy. 58. A few miles south turn left on Buchanan Road. It is a dirt road. Head out this road to get to the cemetery on the right. Go inside the gate of the cemetery and head to the far end toward the middle, but at the far end of the cemetery to find the grave of L.M. Goings & family. 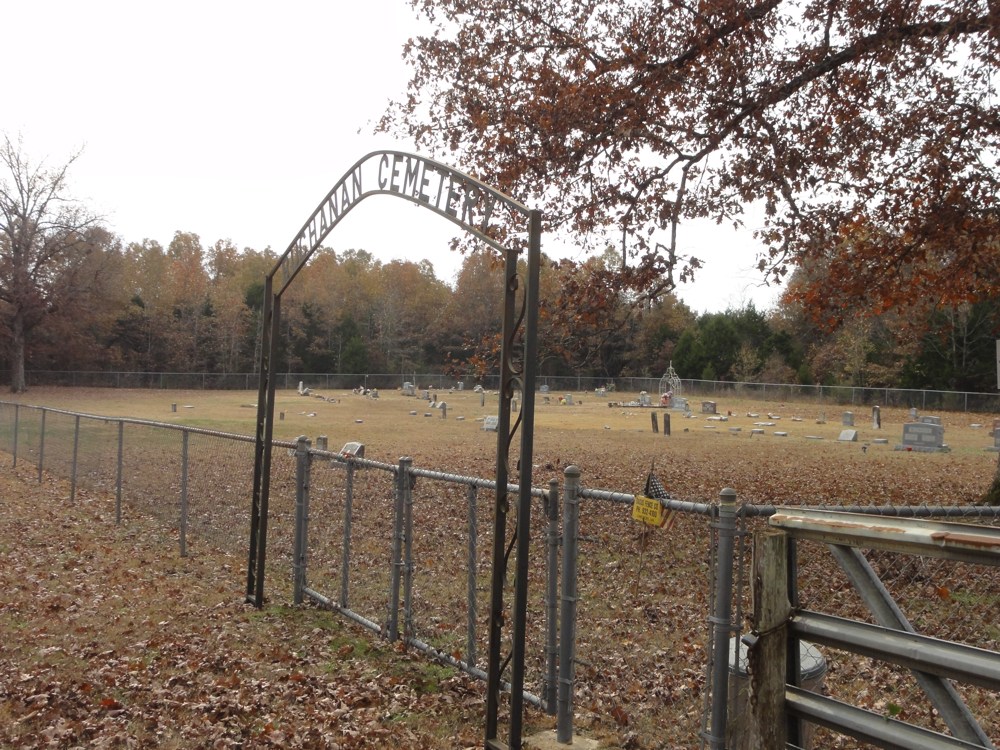 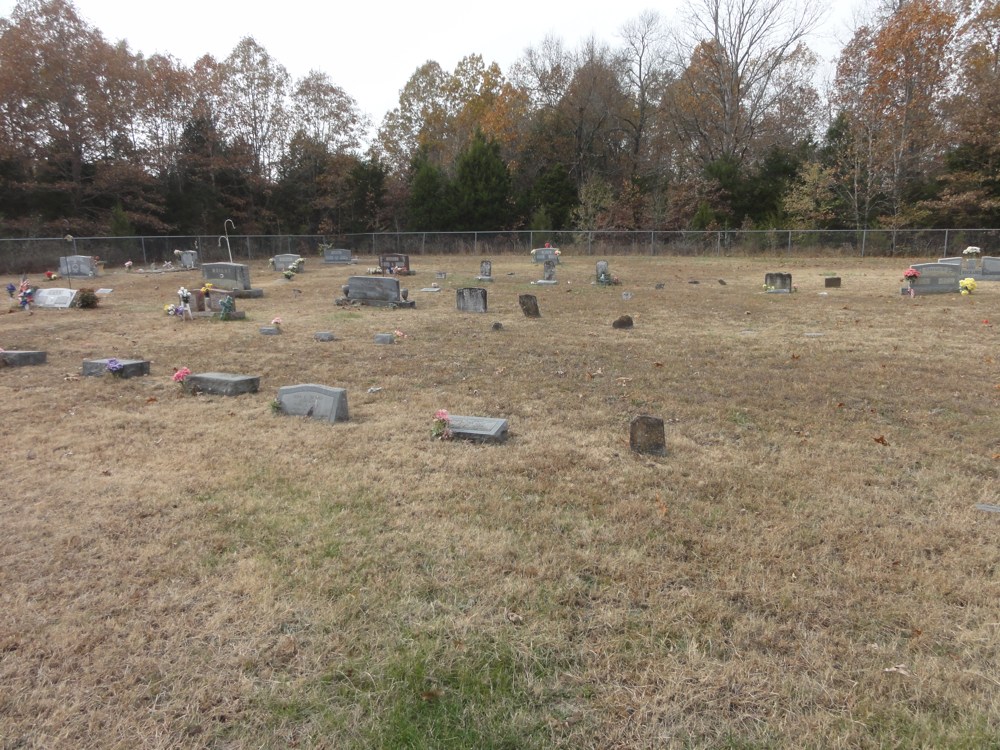 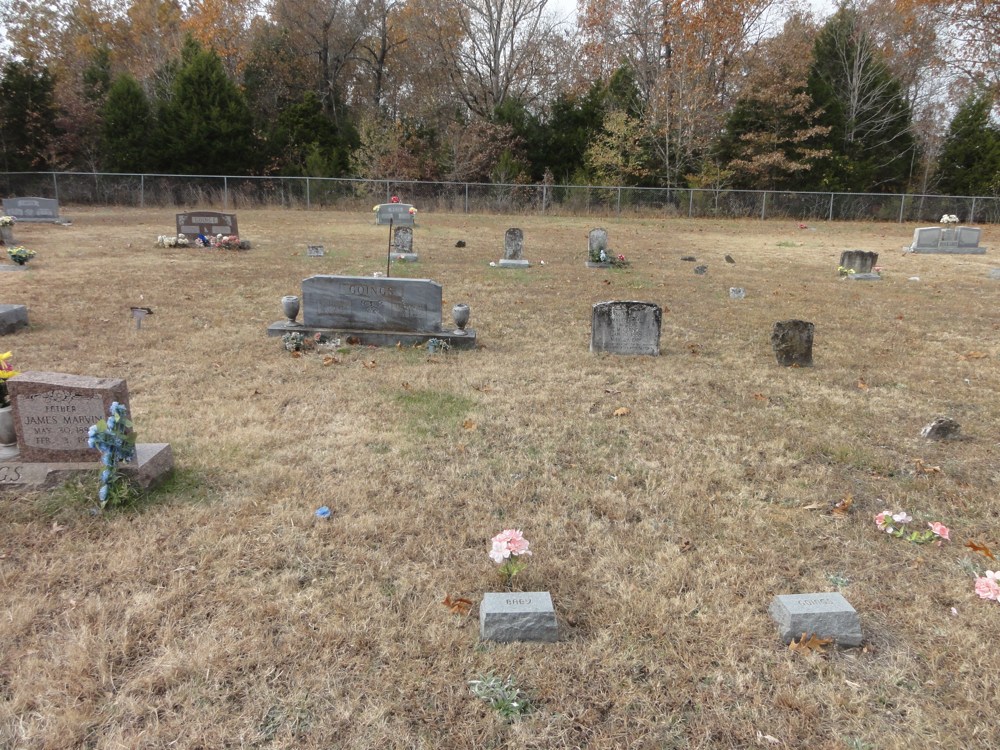 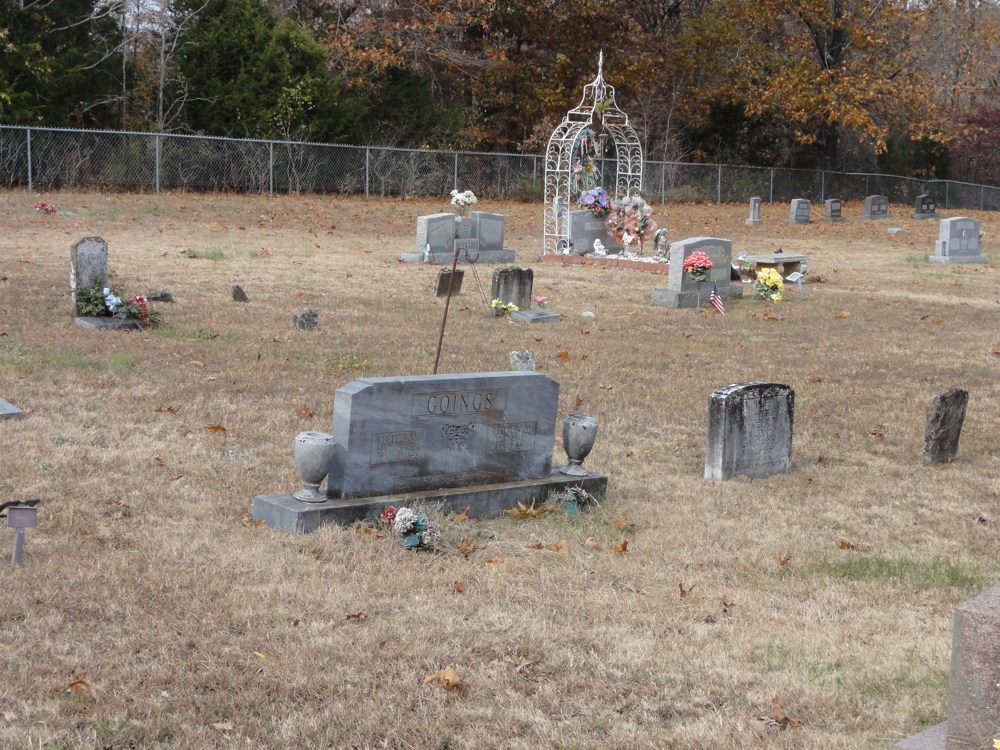 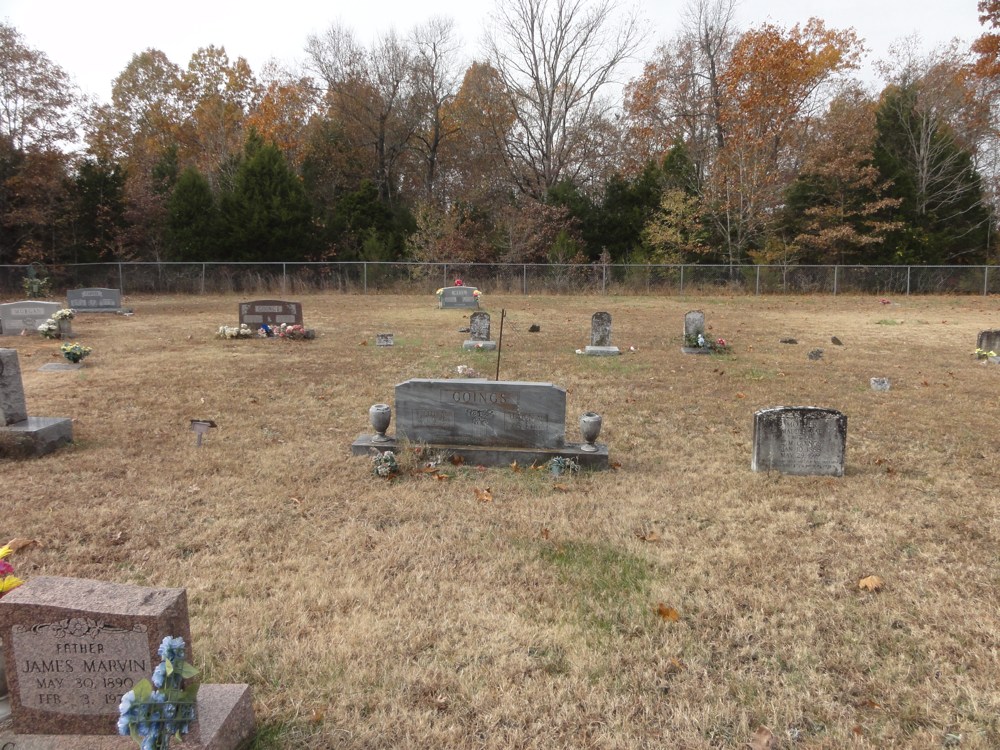 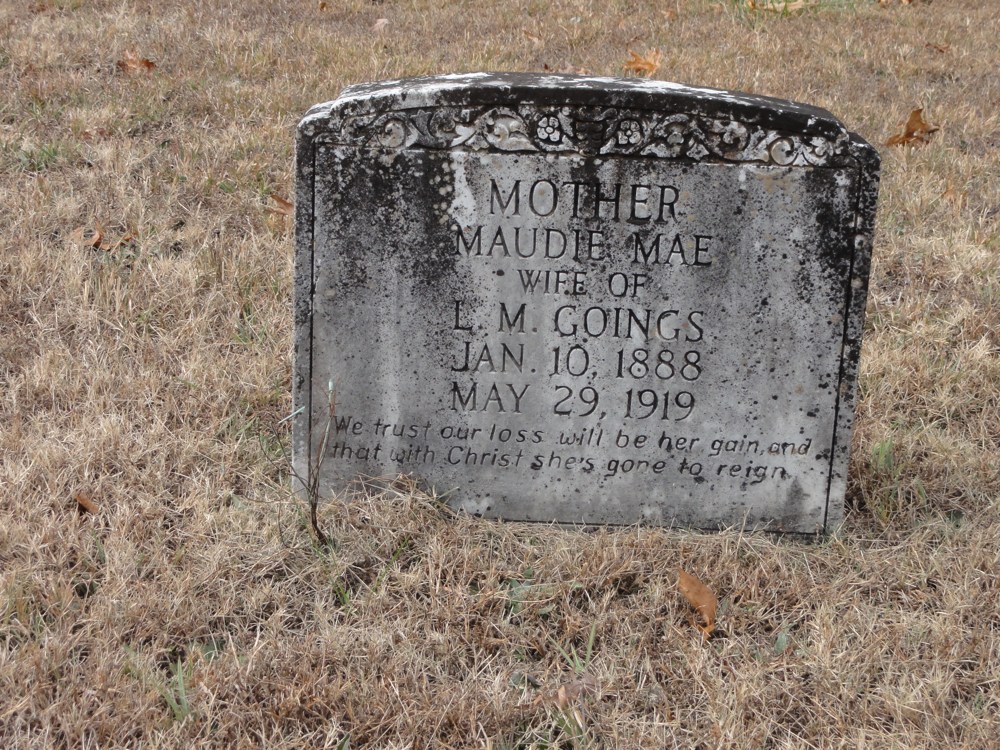 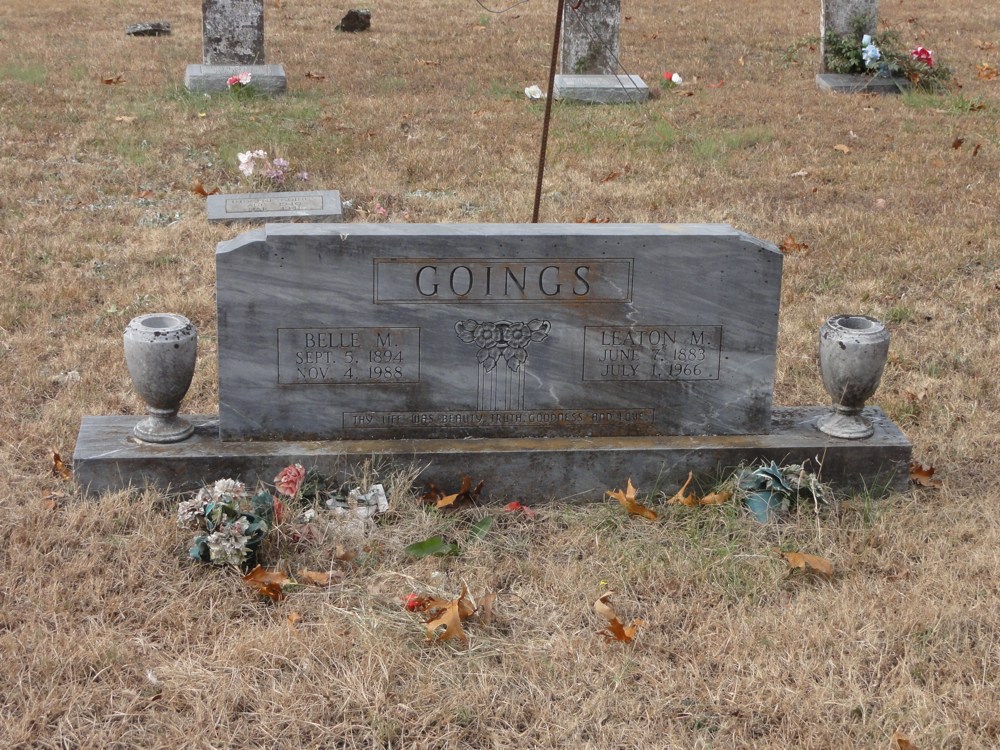 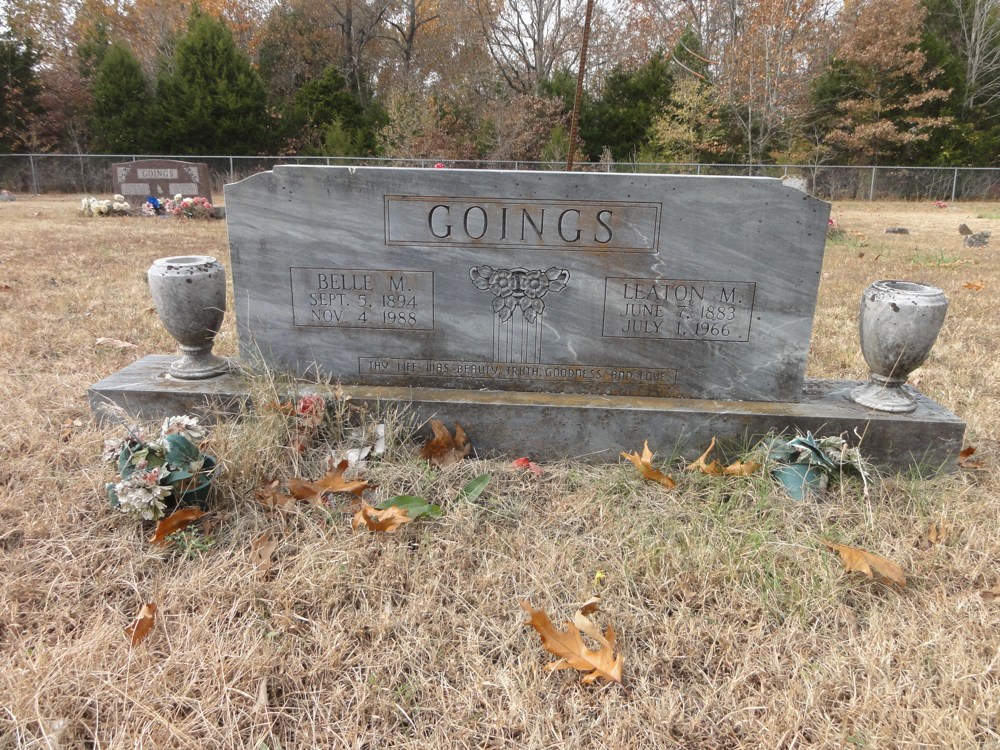 *Leaton Monroe is the spelling on the monument. Layton Monroe is the spelling found in the biographical sketch produced by Boyd E. Morgan.
**Special thanks to Tom L. Childers and Charlie Wayne Kilpatrick for assisting in the burial location. They, along with your web editor, took a trip into northern Arkansas to find the graves of gospel preachers of yesteryear in November, 2014. We traveled together three days and located the final resting places of nearly forty preachers and their families. It was a great trip. Many of the personalities we researched were chronicled in Boyd E. Morgan's book, Arkansas Angels, or later in Dr. Michael L. Wilson's book, Arkansas Christians: A History of the Restoration Movement in Randolph County, 1800-1995.