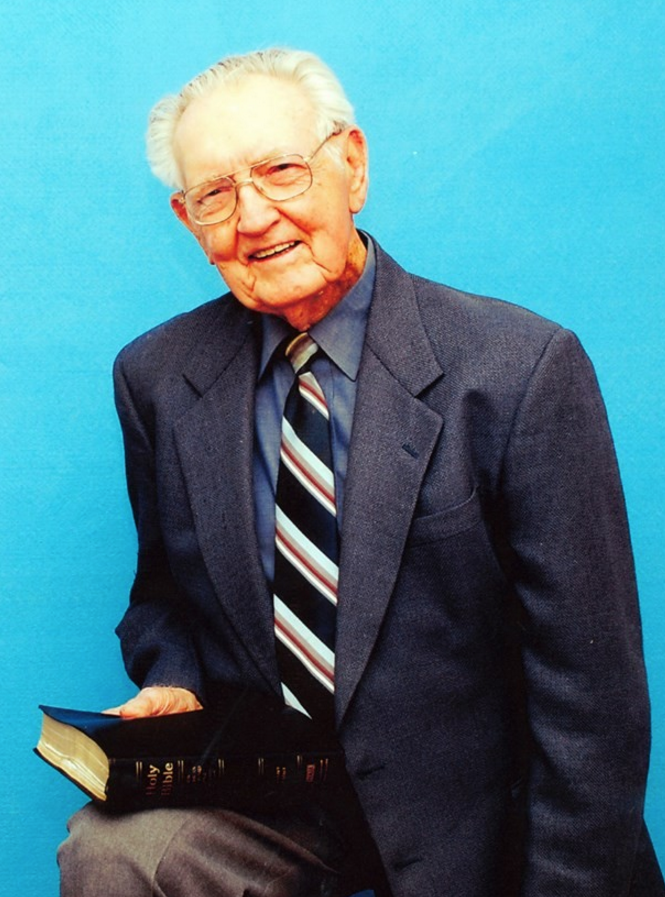 The Life of Harry E. Payne

Harry was born in Elk, TX and grew up mostly in and around Waco, TX. He was one of three children born to his parents Jim and Lacy Payne. He was graduated from Waco High School, and attended Freed Hardeman College, TN and graduated from University of Texas with a BA degree and a MA degree in History and Biblical Greek Language. He married Virginia (Kay) Burrow in 1938. He became a minister for the church of Christ and preached in numerous congregations of the church mostly in TX and AR. Harry and Kay had four children: Virginia, Marilyn, Buddy and Jimmy. Their son Jimmy was killed in a work related accident in 1977.
In 1949 the family moved to Holland where Harry served the church as a missionary preacher in Haarlem and Amsterdam. They stayed in Europe for five years before returning to the United States. Once back in the US, Harry taught Western Civilization, Freshman Bible, Greek and German classes at Florida College in Temple Terrace, FL until he retired from teaching in 1978. Harry and Kay then moved to Clermont in 1989 from Trenton, FL to be near their daughter and son-in-law, Virginia and Ed Pauley and their sons Brian, Wayne and Brent. Kay died in 1993. Harry continued to preaching, full and part time, through the years. At the age of one hundred, he delivered the Sunday morning sermon for Clermont church of Christ. Harry Payne was awarded the "City Beautiful Award" for his efforts to help keep Clermont beautiful by picking up clutter from the streets as he made his daily walks around town. Oakley Seaver made the presentation of this award to Harry a number of years ago. (taken from ---The News Leader, 2014.)

Harry Payne passed from this life the 27th of November, 2015. His body was planted in the cemetery at Thonotosassa, Sunset Memory Gardens.

Harry and Virginia Payne are buried in the Sunset Memory Gardens in Thonotosassa, Florida. Garden of Love, Lot 51B Space 1. Exact location of the grave is available in map below. 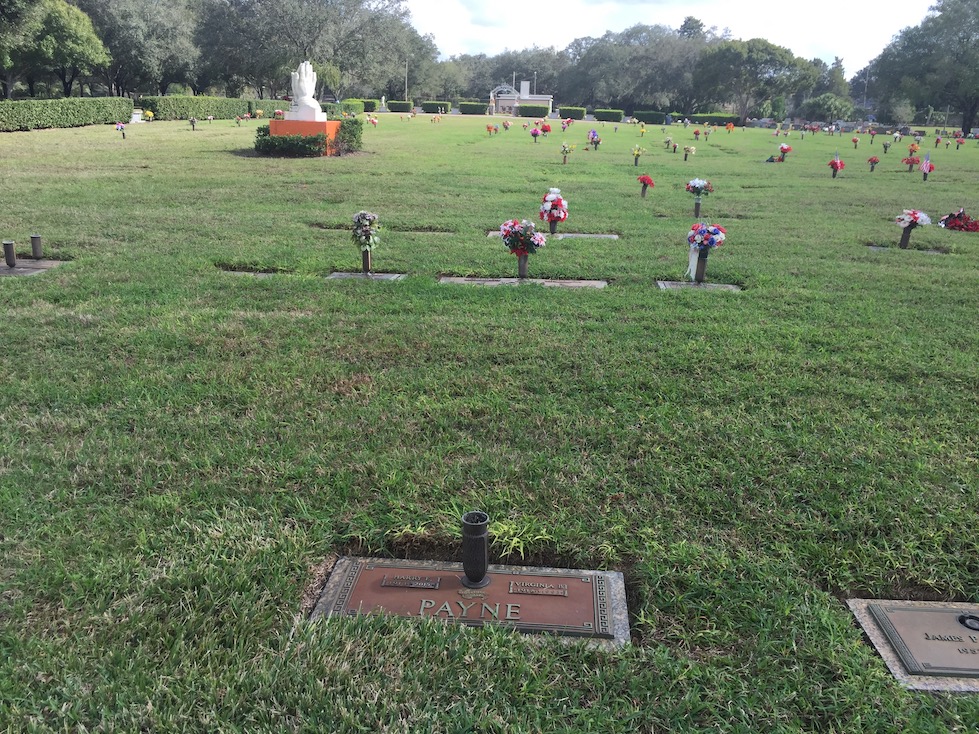 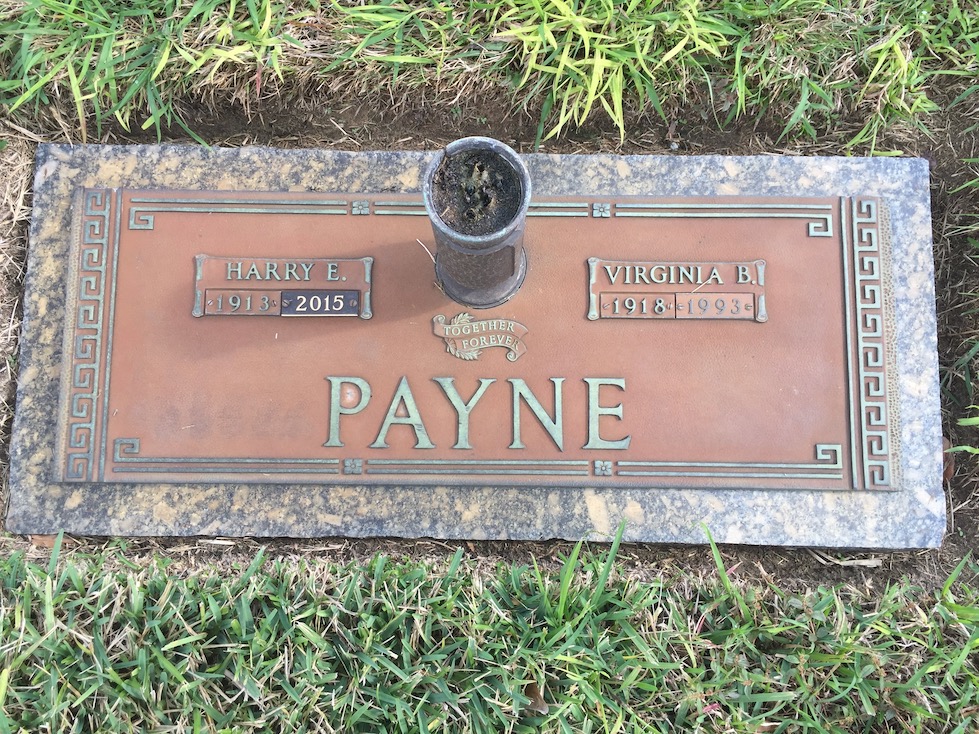