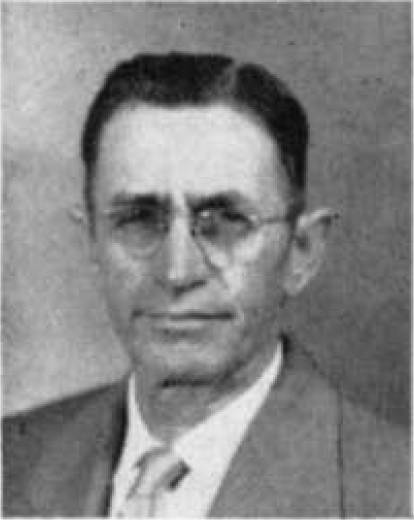 The Life of Adair P. Chapman

During World War I he served as a PVT in the U.S. Army.

A brother Langford was the man who baptized Adair in 1910. He received his education at Second District Agricultural College in Tifton, Georgia. He also wen to Nashville, Tennessee where he studied at David Lipscomb Collge. He also studied at Mercer University in Macon, Georgia. Starting to preach in 1925, he preached where possible. His first located work was at Waycross, Georgia in 1944. He was a Moultrie, Georgia from 1947 to 1949.

He was part a religious debate in 1926 on the subject of "Apostasy." He also did radio work in both Moultrie and in Waycross. Three of his sons were preachers of the gospel. All attended Christian colleges. Adair Pinkney, Jr. (1921-????) preached many years in Texas, Forrest Tyndall born in 1929 preached in North Georgia, and Charles Arlin, born in 1935, who preached in the region of northern Florida. This preaching family have been highly esteemed especially in the state of Georgia, and throughout the brotherhood.

Adair and Julia finished their course in this life in south Georgia. Adair passed from this life January 8, 1978, and Julia died October 10, 1975. Both are buried in Chapman family plot in Sardis Primitive Baptist Church Cemetery near Moultrie Georgia.

P.S. It has be the priviledge of this writer to have known the Chapman family for the better part of my life. While I never knew Adair and Julia, I was directly influence by their son, Forrest Chapman. From my earliest memories, he was the preacher for many years at the North Avenue church of Christ in Hapeville, Georgia. I went to high school with his children, and many year later, was the preacher where his and Burma's children attended. It was my priviledge to meet and Arlin in Northern Florida while on a trip in 2004. The Chapmans have long been an mainstay among churches of Christ in the southeastern United States.

Sardis Primitive Baptist Church Cemetery is the location of the graves of Adair and Julia Chapman. The cemetery is located southeast of Moultrie, Georgia. Utilize GPS location below to find exact location. 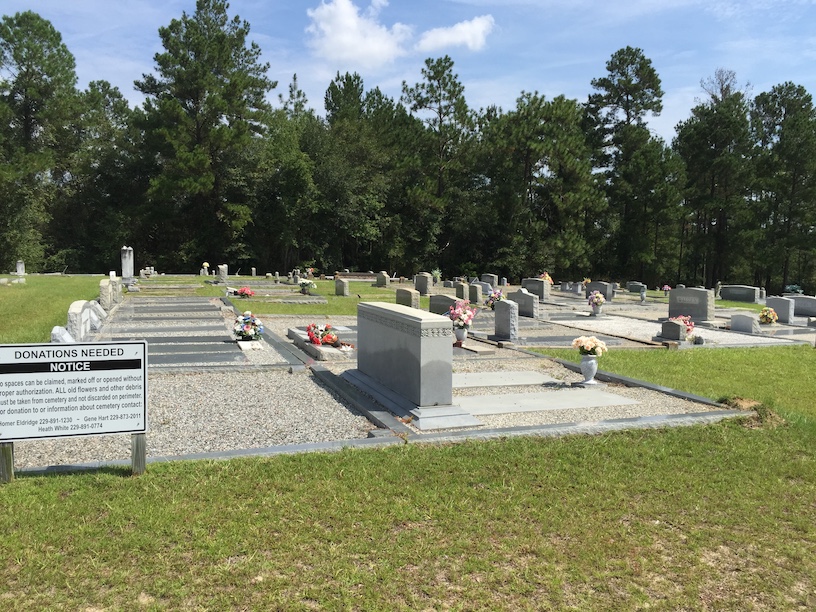 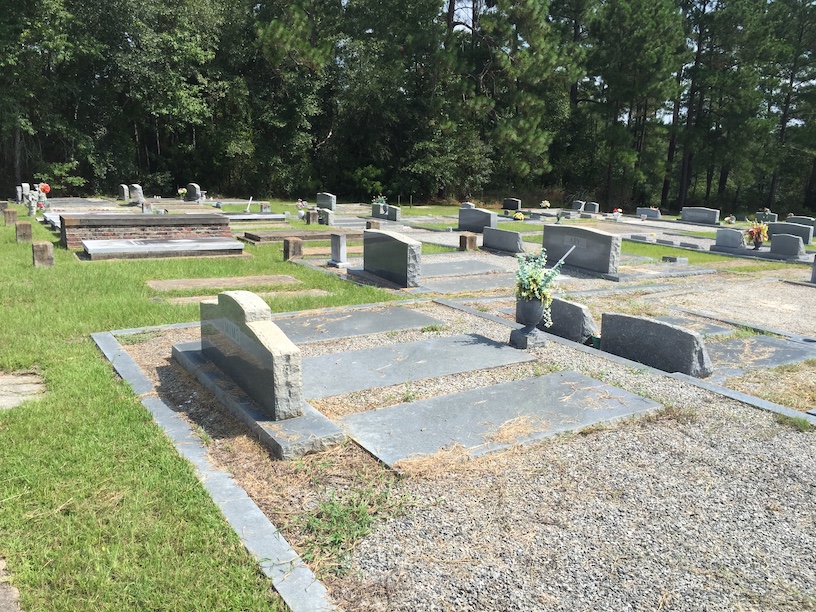 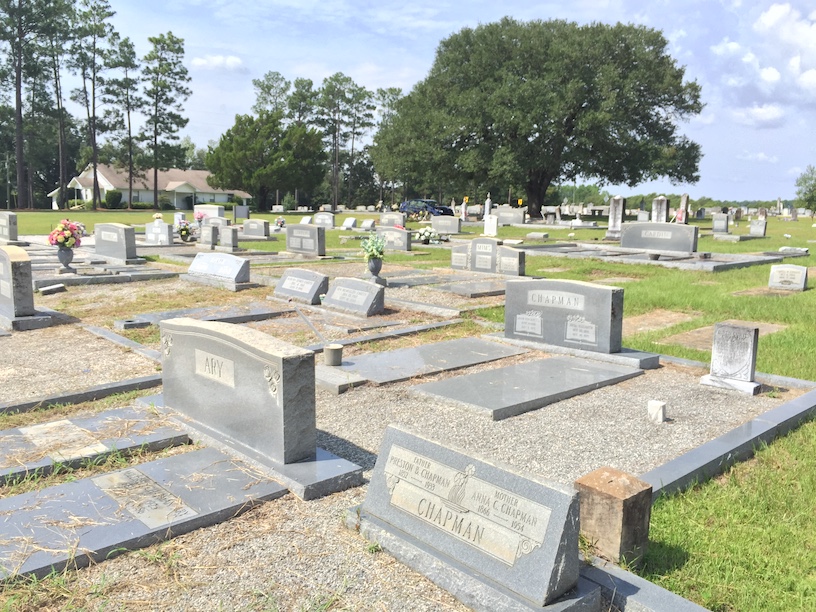 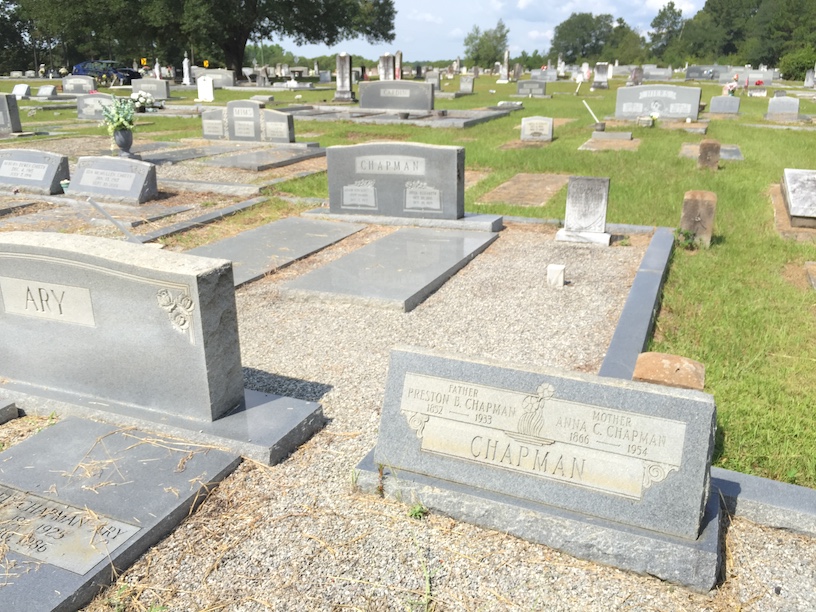 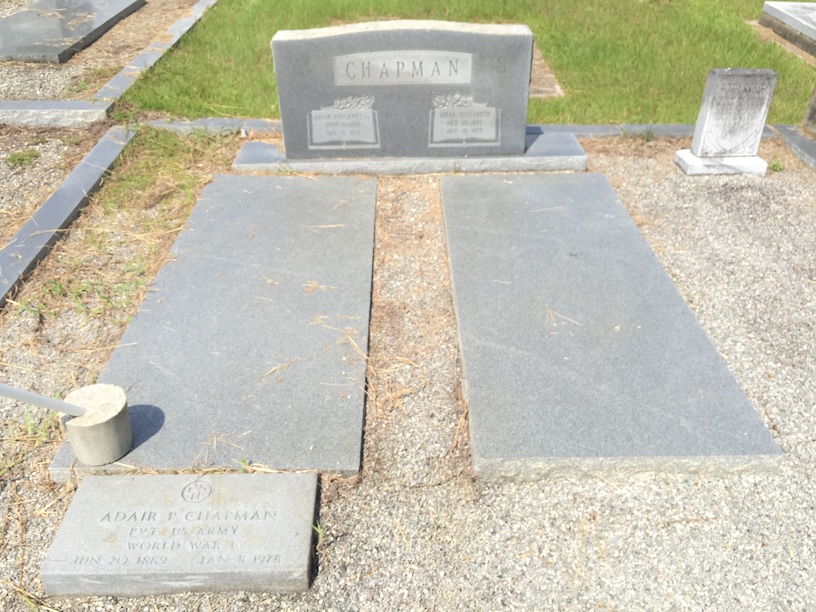 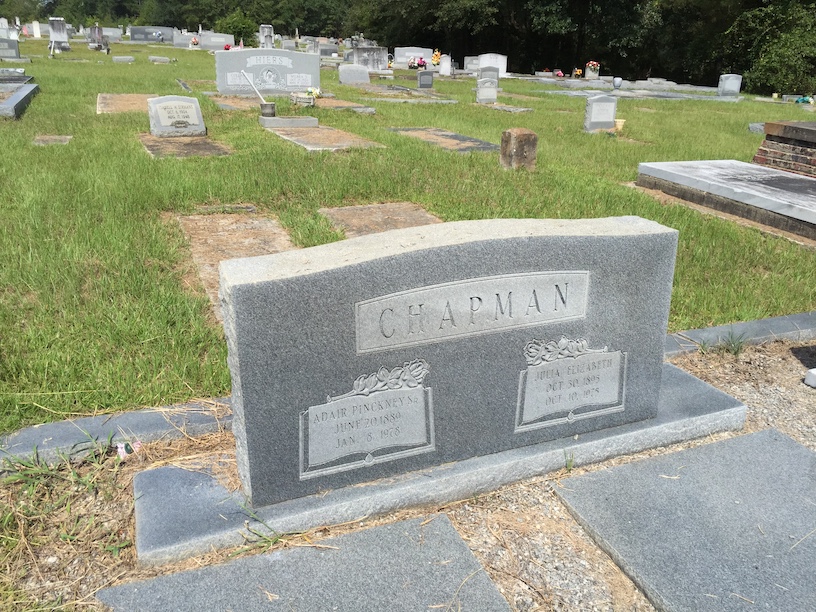 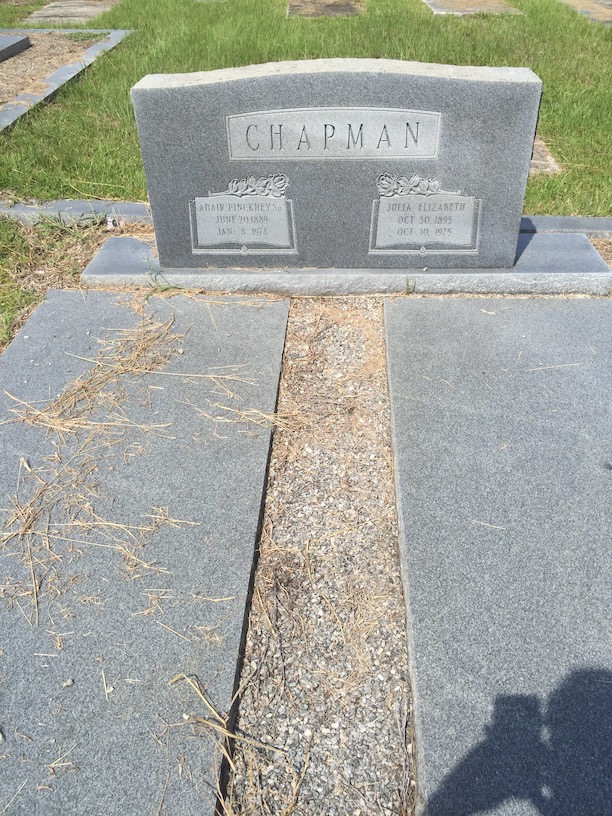 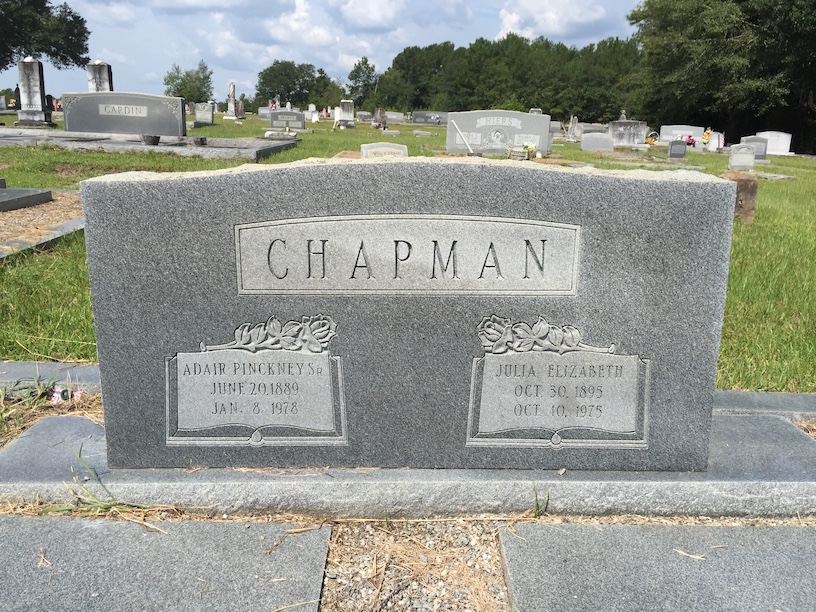 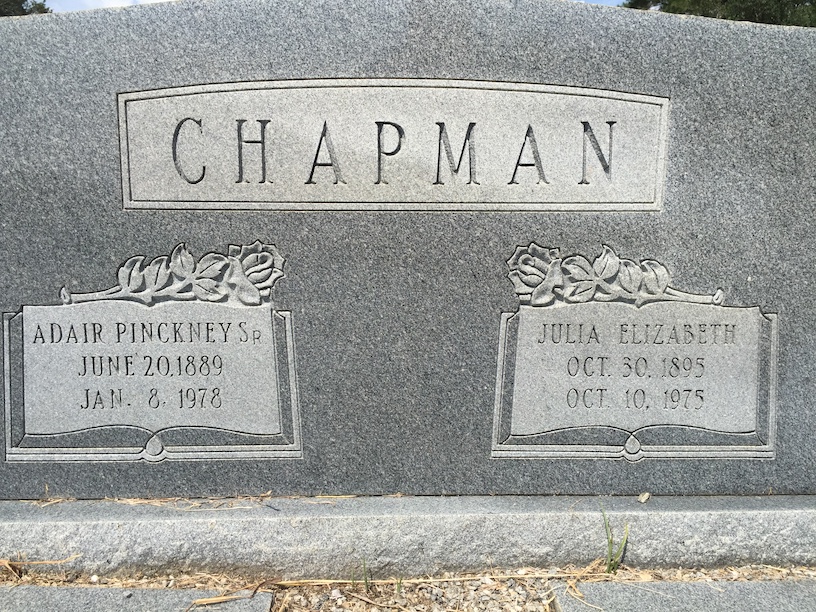 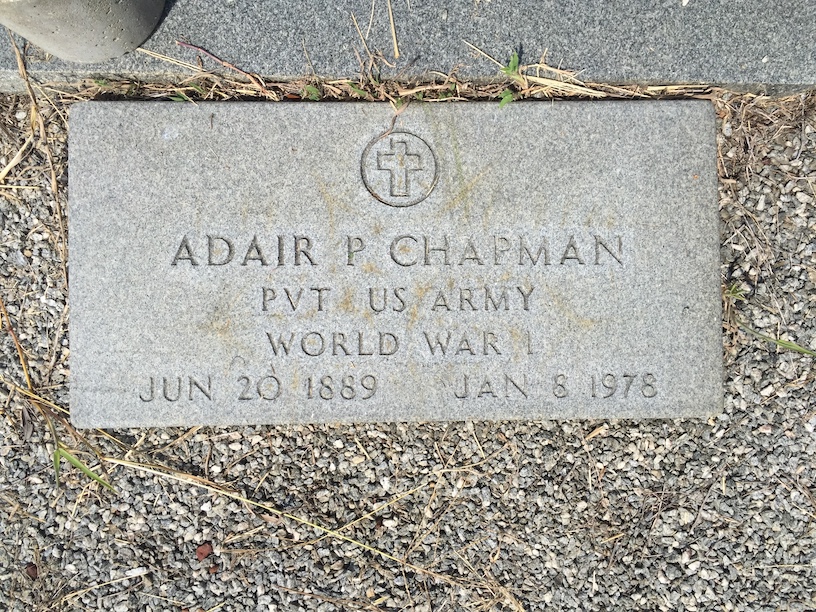