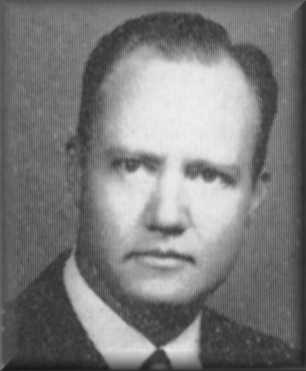 Biographical Sketch On The Life Of Albert E. Holt

Albert E. Holt was born May 4, 1916 in East Point, Georgia. The great East Point Church of Christ was established during Holt's youth, and he grew up to be exposed to the preaching and teaching of such great men as S.H. Hall and B.C. Goodpasture. When he was twelve years old he heard the preaching of Pryde E. Hinton, and was baptized by him.

Albert married Annie Crayton Knott, also of East Point, on March 20, 1938. To them were born four children: John; Richard; Mary Ann; and Herbert. The following year he preached his first sermon at the East Point Church of Christ.

From his youth he was trained by the leadership at East Point. Men such as Roy H. Welch, long-time elder in the congregation, educated Holt in basic Bible and leadership teaching. He attended Florida Christian College and received his B.S. degree there in 1950. While in the area he attended Florida State University. He then went to Oklahoma State University earning M.A. degree in English Literature. He continued working toward a PhD at Texas Christian University and the University of Oklahoma. During World War II he served in the U.S. Army Air Corp reaching the rank of 1st Lieutenant.

The Holts then moved to Oklahoma. He preached at Blackwell from 1950-1955; Northwest Church of Christ, Lawton, 1955-1957. He moved to Texas in 1957 and served the Oak Cliff Church of Christ in Dallas for a short time. Then he and his family moved to Sherman, Texas in 1958 and served the Walnut St. church until 1961. He returned to Oklahoma in 1962 preaching in Norman. He returned for a while to Denison, Texas in 1968. He preached Gospel Meetings in Tampa, Florida; Winfield, Kansas; Chickasha, Oklahoma; Lawton, Oklahoma; and Dallas, Texas. During his ministry he did extensive radio and television work. He was one of the first panelists on "Know Your Bible," a TV program in Lawton, Oklahoma, then Sherman, Texas. He also taught English and Bible at Fort Worth Christian College in 1961 and 1962. Later he appeared on one of the first lectureship programs conducted on the campus of Central Christian College while it was located at Bartlesville, and later taught some classes at Oklahoma Christian College.

For many years he worked in Norman, Oklahoma. Albert passed from this life January 8, 1988. His remains were brought back to the home of his youth where he was buried in New Hope Cemetery, Fayetteville, Georgia.

Webmaster's Note: I never knew Albert Holt personally, but I have known and worked with some of his relatives for many years. Albert's brother Marion attended Fayetteville until his death. Marion's daughter Shirley, and her husband David Lee attend the Fayetteville congregation where David once served as an elder. Most of the children of Cliff and Jewell Holt Nash, Albert's sister, attend at Fayetteville including Albert's nephew, Wayne and his wife, Betty Jo Nash. Wayne is also one of our elders. Other family members include, nephew David and his wife Jill Nash, and niece, Sharon Nash Burdette and her husband Steve who attend at Fayetteville along with the numerous other relatives. It has been my privilege to work with the Holt/Nash family as their minister since 1996. However, my knowledge and relationship with many in this family goes back to years of my youth. 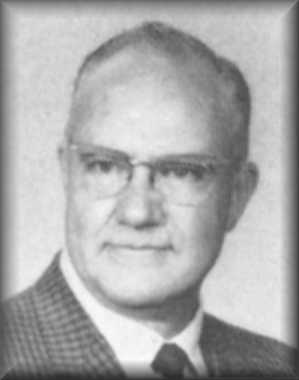 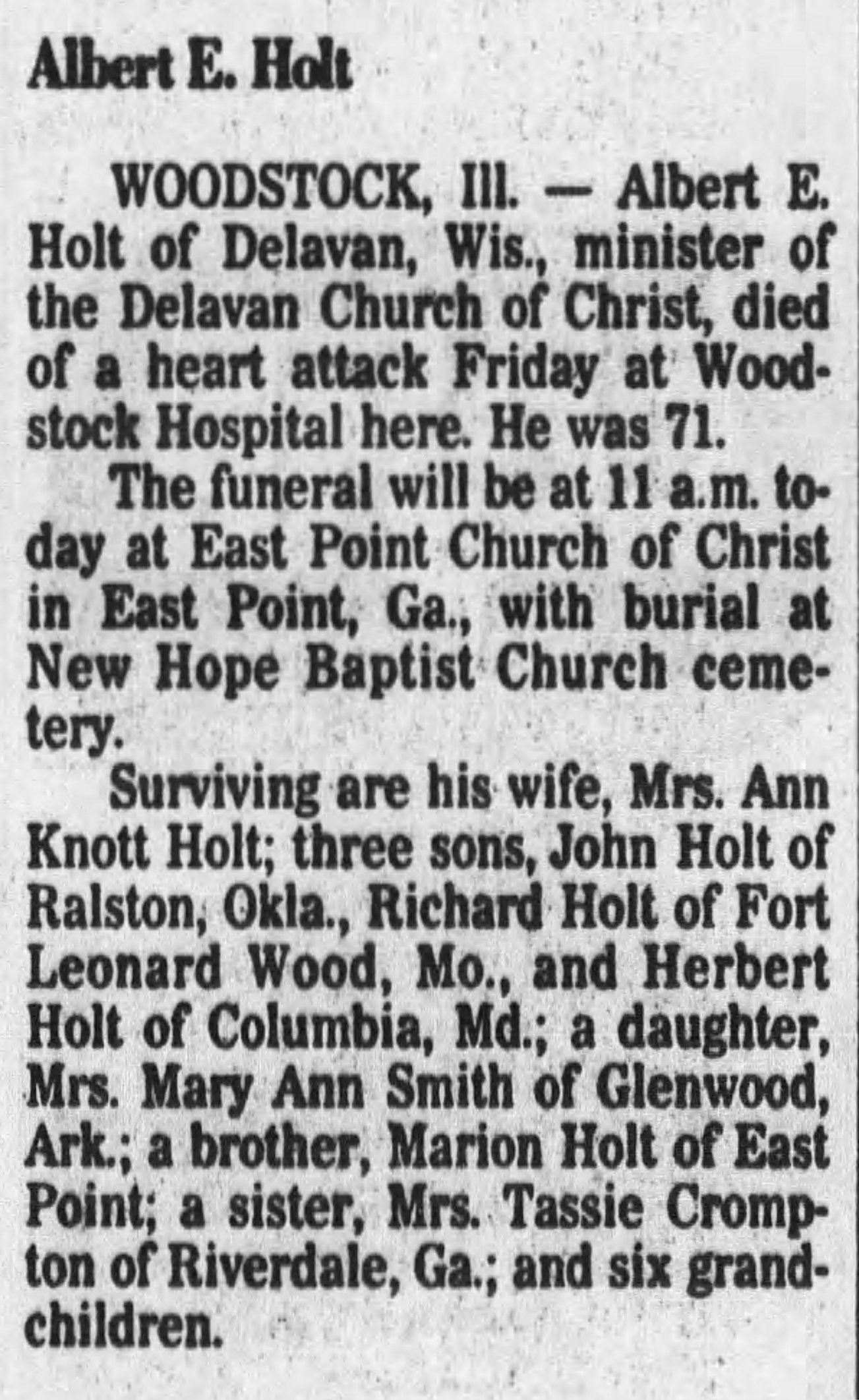 Location Of The Grave Of Albert E. Holt

Albert Holt is buried in south metropolitan Atlanta, Georgia, in the city of Fayetteville's New Hope Cemetery. Many of Holt's relatives were buried in this cemetery, and when he died his body was brought back to be buried at the home of his youth. Traveling south on I-75 take the Riverdale Exit, State Hwy. 85 (Not to be confused with I-85). Travel south on State Hwy. 85 through Riverdale, the next town south will be Fayetteville. In Fayetteville pass the Fayette Pavilion and turn right on New Hope Road. Cross West Fayetteville Rd. (Hwy. 314) and continue on New Hope Rd. After little over a mile you will see New Hope Baptist Church on the right. Just across the street on your left is the New Hope Cemetery. Enter the first driveway and stop the car, the grave faces the road and is only a few markers in from the driveway on the east side of the cemetery. 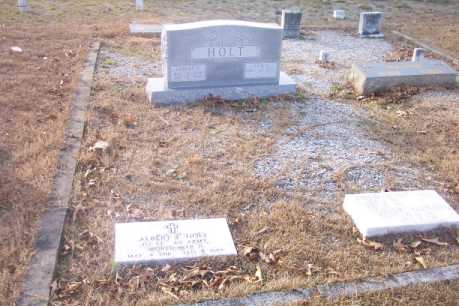 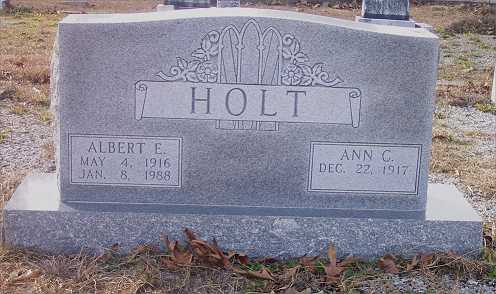 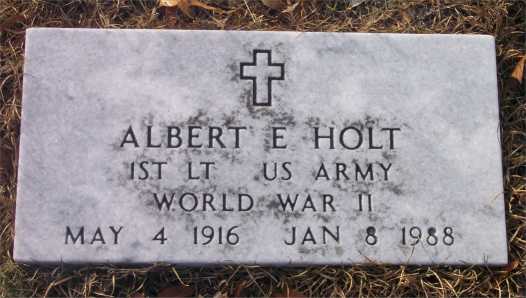