Brief Sketch of The Life of O.D. Bixler

Orville Dean Bixler was born in Albion, Boone County, Nebraska. He was the son of William Grant and Marcia Ella Phillips Bixler. His mother was a maternal granddaughter of southern Indiana preacher, J.L. Martin. "Bixler was baptized by H. L. Olmstead at Ruskin, Nebraska, on April 10, 1910, and later attended Western Bible and Literary College for three years before graduating from Cordell Christian College where he studied under J. N. Armstrong." He married Anna Belle Adcock (1894-1947) in Pekin, Indiana, April 18, 1918. In December of that year they departed for work in Japan, being sent by the church in Martinsburg, Indiana. Before departing for Japan after World War I, Bixler had a chronic case of Bright's Disease. Doctors told him it would "wear out" in three years, but he said he would rather it wear out in a foreign land while he was working for Jesus' sake. In four years it was gone. They arrived in Yokohama, Japan January 17, 1919. "After serving seventeen

years in Japan, in later years Bixler worked in Valdosta, Georgia, and with several congregations in the suburbs of Chicago."

In the late 1940's O.D. Bixler came under deep criticism for his Premillennial views. His rise to public attention was due in part to his relationship with other known premillennialists such as Robert H. Boll and E.L. Jorgensen of Louisville. Adding to this was the fact that during the years of his time in Japan before World War II he had sent several reports to the Gospel Advocate giving updates on his work. Then, after the second world war, he made efforts to return there. Questions began to surface in the pages of Firm Foundation, Gospel Advocate, Apostolic Times, The Bible Banner, the Gospel Guardian, and perhaps others, as to whether O.D. Bixler should be supported because of his long time connections with Boll and his eschatological views. Many of his efforts to explain himself were criticized openly, leaving his reputation among many of those who pressed him in doubt of his reliability on the subject.

In 1947 Anna passed from this life while the family was in Berwyn, Illinois. The body was returned for burial in the family plot in Martinsburg Cemetery in Indiana. He married a second time to D'Lila Simcox (1896-1970), and returned to Japan in 1951. *In all, forty-eight years of Bixler's life was spent in service to the work in Japan.

Orville Dean Bixler passed from this life October 2, 1968 in Memphis, Shelby County, Tennessee. He was buried next to his first wife in the Martinsburg Cemetery, in Martinsburg, Indiana.

-Many thanks to Larry Miles who provided information on the life of O.D. Bixler. He also provided photos in the Summer, 2013 of his grave. Quotations above are from Search for the Ancient Order, Vol. #4, pages 284,285.
*Note: His grave marker shows that he was a missionary to Japan for 50 years. However, he didn't arrive in Japan until January 1919, and he died in 1968. Also, several of the war years he spent state-side as all missionaries were kicked out of Japan during that time.

Directions To The Grave of O.D. Bixler

While here, be sure to visit the graves of William J. Brown and J.L. Martin other restoration preachers buried here. 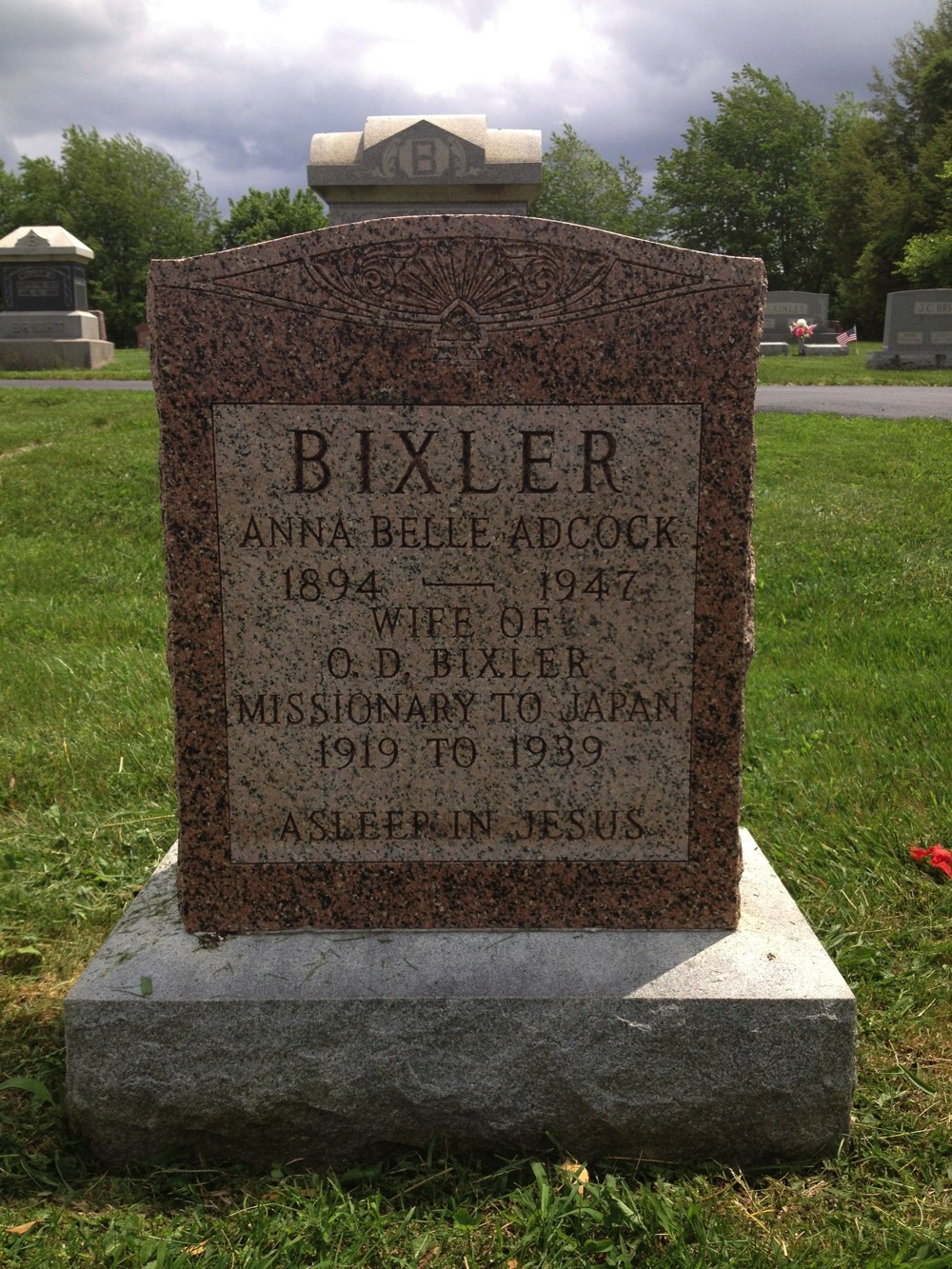 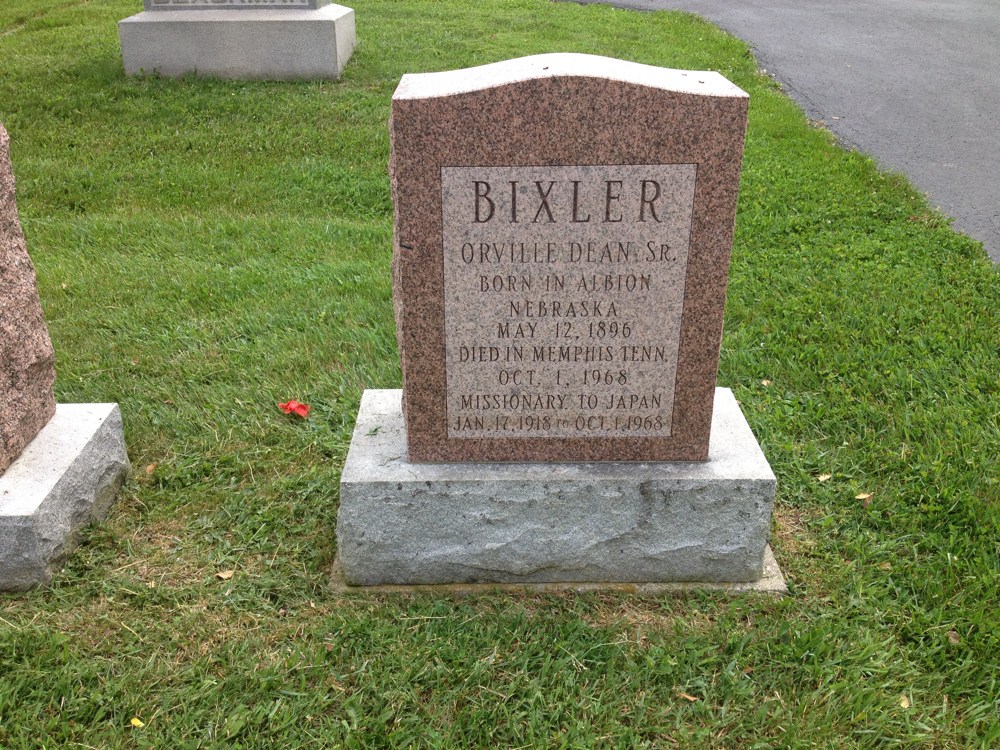 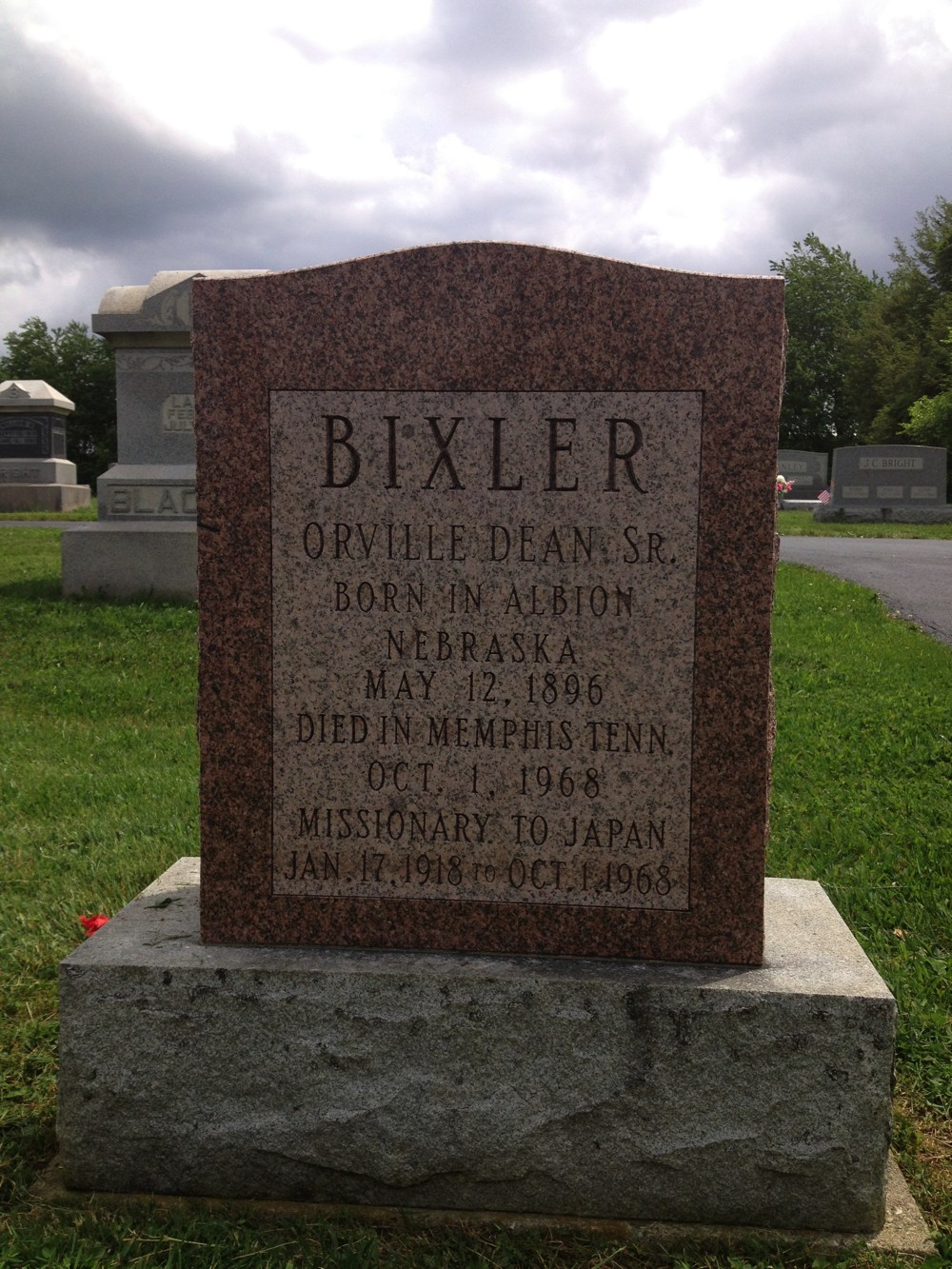