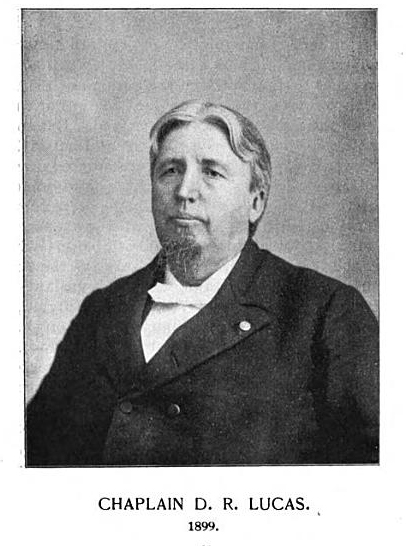 Daniel Robertson Lucas, son of Albert and Catherine Robertson Lucas, was born in Belvidere, Boone County, Illinois, on January 14, 1840. In 1858, his family moved to Indiana where he enrolled at the Indiana Normal Institute at Burnettsville, White County, and began preaching at the local Christian church. After his marriage to Mary Longley in 1862, Lucas joined Company C Ninety Ninth Indiana Volunteer Infantry as a Second Lieutenant. On October 24, 1862, he was appointed chaplain of the regiment. Eighteen months later, he was transferred to the office of provost marshal where he served until the close of the War. The Ninety Ninth fought in the Vicksburg campaign, the second battle of Jackson, the Chatanooga campaign, the battle of Missionary Ridge, and many skirmishes.

After the War, Lucas studied for the ministry. In 1876, he settled in Des Moines, Iowa, where he pastored the Central Christian Church and helped found Drake University. In 1888, he returned to Indiana to pastor the Central Christian Church of Indianapolis. Lucas was Department Commander of the Grand Army of the Republic and secretary of the Morton Monument Commission. At the time of his death on March 11, 1907, he was pastor of the Seventh Church in Indianapolis.

Men of Faith And Action

Daniel R. Lucas, 1840-1907, was probably the youngest chaplain in the Civil War in Indiana. Soon after that conflict he studied for the ministry and did a great work, being pastor of the Central Church, Indianapolis, and also the Seventh Church. He was a very popular speaker for the Grand Army of the Republic and was secretary of the Morton Monument Commission. He was pastor of the Seventh Church at the time of his death. 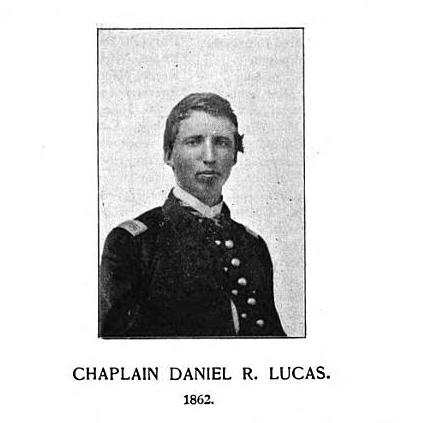 His calendar of life is as follows: 1862 to 1864, in the army; 1864 to 1865, in provost marshal service in Indiana; 1865 to 1870, pastor of church, editor of Benton Tribune and postmaster at Oxford, Indiana; 1870 to 1876, general evangelist with residence at Concord and Clayton, Illinois, holding meetings in ten different states, baptizing 1912 persons in that time; 1876 to 1881, pastor of Central Christian Church at Des Moines, Iowa; 1881 to 1884, prepared a plan and assisted in founding and building Drake University at Des Moines, Iowa; 1884 to 1888, founded and edited the Christian Oracle, a religious weekly, a denominational paper of the Christian church; 1888 to 1895, pastor of Central Christian church at Indianapolis, erecting in 1892 a large, fine church building; 1895 to 1899, pastor Sixth Christian church, Indianapolis; 1899 to 1900, pastor Central Christian church, Rockford, Illinois. Have served in Grand Army of the Republic, chaplain of Crocker Post No. 12, Des Moines, Iowa, three terms; chaplain Department of Iowa, three terms; chaplain of George H. Thomas Post No. 17, Indianapolis, four terms, and one term as commander of the post; chaplain ot the Department of Indiana and chaplain-in-chief of the National Grand Army of the Republic, elected at Cincinnati in 1898. Have been president of the 99th Indiana Regimental Association since 1888. Address up to July 10, 1900, Rockford, Illinois; after July 10, 1900, Indianapolis, Indiana.

Directions To The Grave Of Daniel R. Lucas 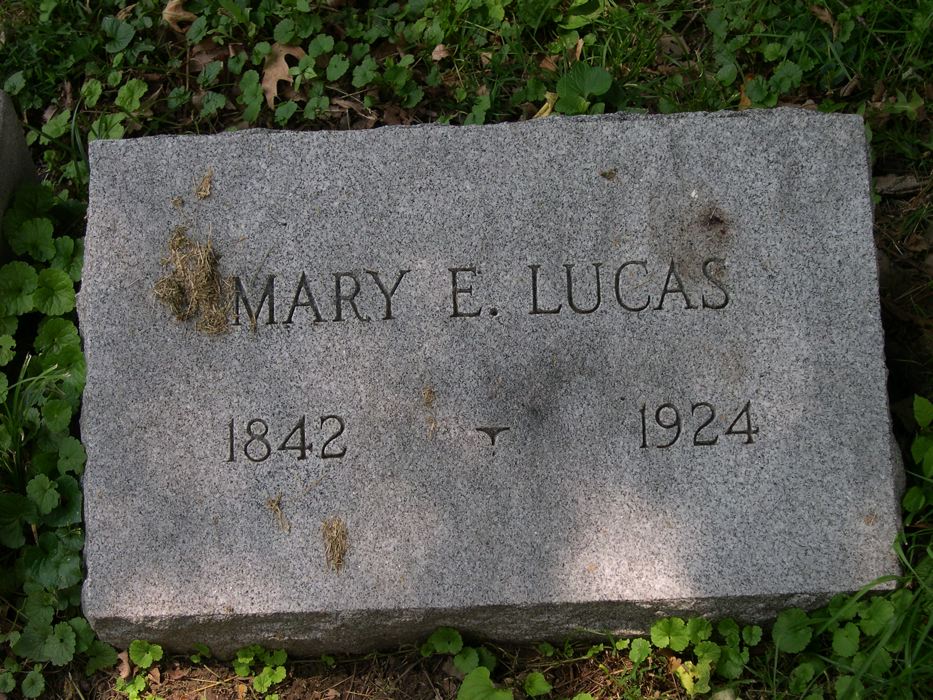 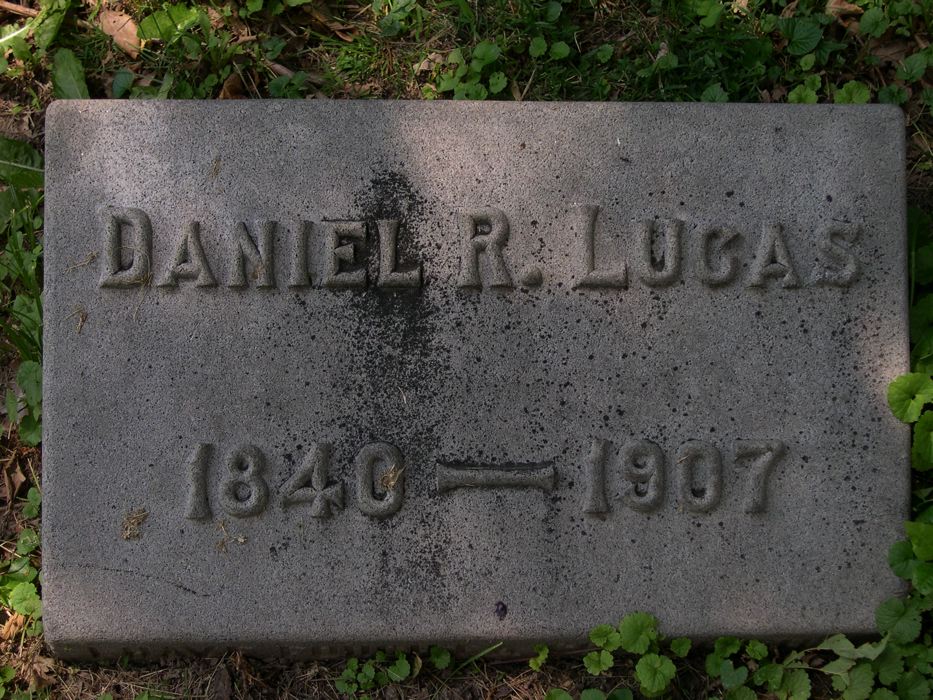 Special thanks to Terry J. Gardner for making the effort to locate the gravesite and submit the photos you see on this site.

Another Version of New History of the Indiana Ninty-Ninth Infantry