Sketch On The Life Of Z. T. Sweeney

Zachary T. Sweeney was born February 10, 1849, at Liberty, Casey County, Kentucky. He was the youngest of four brothers, all of whom were engaged in the ministry of the Christian Church. His father, G. E. Sweeney, was also a preacher in the Christian Church, as was likewise his grandfather, Job Sweeney.

When he had attained the age of six years, his father moved to Macoupin County, Illinois. Here the son attended the public schools until he was fifteen years of age, when he entered a seminary at Scottville, Illinois, where he laid the foundation for a collegiate education. His father being a poor man, and unable to furnish him the money with which to attend college, the son obtained the requisite funds for this purpose by teaching. He attended Eureka College, Eureka, Illinois, for a short time in 1868, and afterwards entered Asbury University, Greencastle, Indiana, in which institution he remained for three years.

During his college life at Greencastle, he preached a great deal in Illinois, serving as pastor of the church in Paris for more than a year. In October, 1871, he held a short meeting at Columbus, Indiana, and immediately thereafter was called to the pastorate of the church in that city. He accepted the call; and entered on his work January 1, 1872. The church in Columbus was blessed during his ministry; having had additions to its membership, through his labors, to the number of eight hundred. The congregation also built and paid for one of the most handsome and commodious church edifices owned by the Disciples of Christ. For a time he also served the church at Augusta, Georgia.

Mr. Sweeney's mind was rhetorical rather than logical; and his addresses were suited, and intended, to persuade rather than to convince, to attract rather than to compel to the admission of the truth. He equipped himself well with the logic of facts, and always used it effectively. His imagination was fervid yet chastened, and his "personal magnetism" extraordinary. In the pulpit he was natural and self-possessed; and his style was popular and pleasing.

Directions To The Grave Of Z. T. Sweeney

Zachery Taylor Sweeney is buried in the city cemetery in Columbus, Indiana. In south central Indiana take I-65 to Exit 68. Turn right (Hwy.46) and go into the downtown area. Intersect with Hwy. 11 and go north (Hwy. 46 Continues Here). Bypass the downtown area. Turn right on 16th street. The cemetery is located corner of Sycamore and 16th streets. His monument is the largest in the cemetery, a large obelisk that he and his family share with that of his father-in-law's family, Joseph I. Irwin. 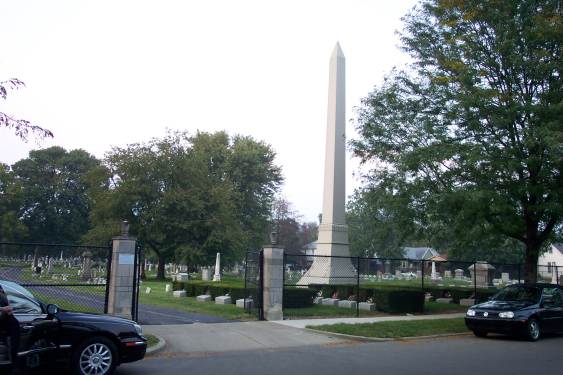 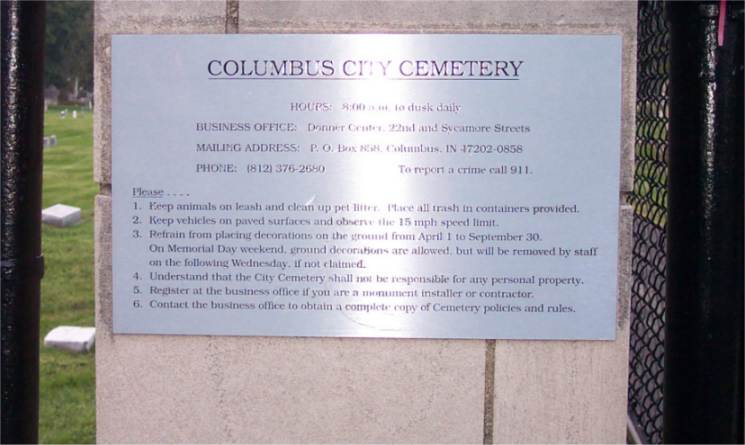 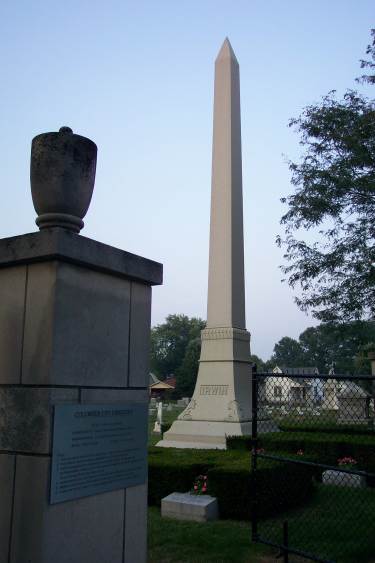 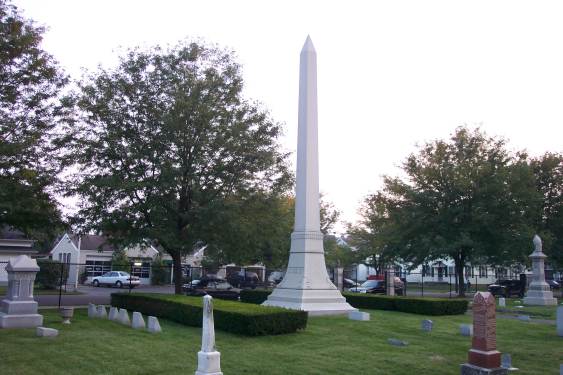 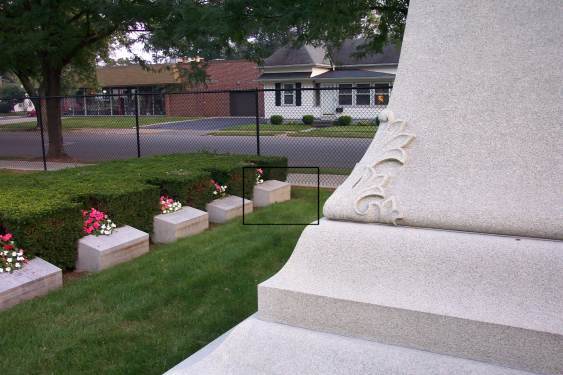 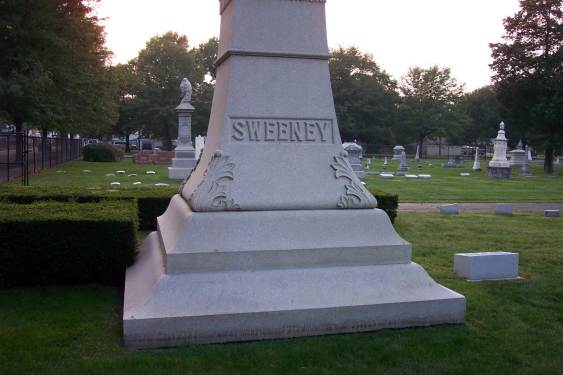 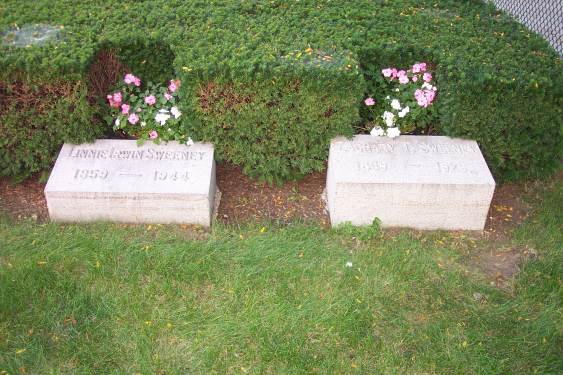 The story is told that when Z. T. Sweeney came to Columbus, he was 22 years old. Upon arrival he went to the home of the Joseph Irwin. The Irwins were some of the most prominent members of the church. By the looks of their home, Sweeney also saw they were the most wealthy. When he knocked on the door a little twelve year old girl answered, who was holding the back of her dress together with her hand. As a matter of fact she asked the senior Sweeney to help her fasten it. The little girl's name was Linnie. Within two years Sweeney would ask Joseph for the hand of Linnie in marriage. It was granted, and the two were husband and wife for the next 53 years. 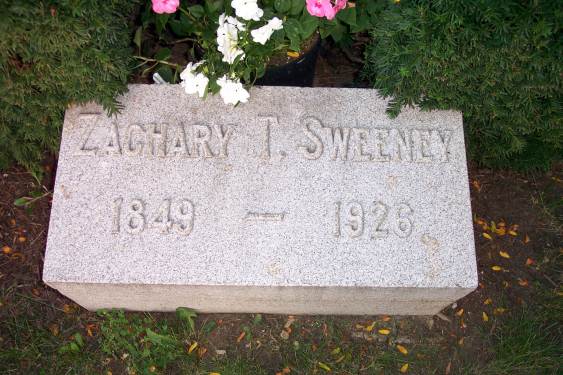 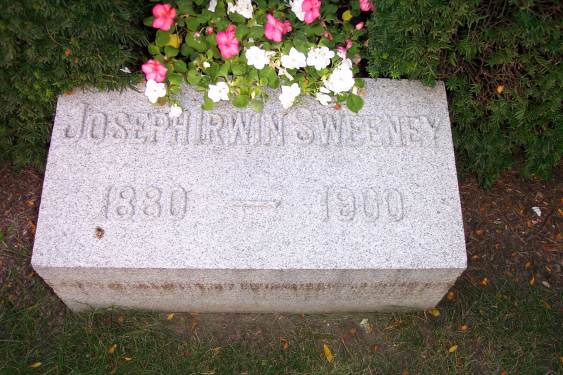 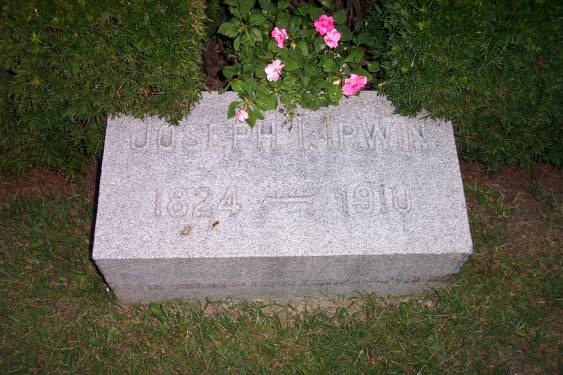 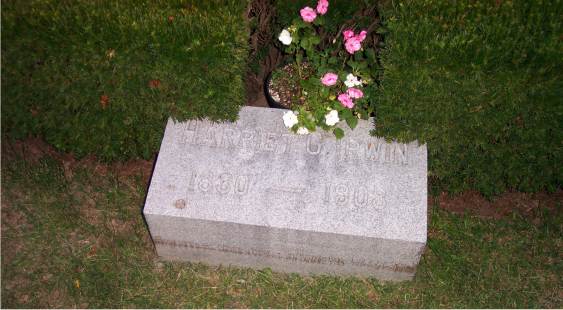