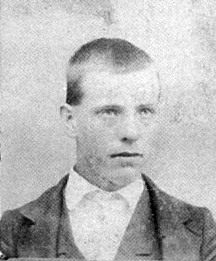 How would you like to live to be 109 years old? If Ben F. Taylor had lived three months longer, he would have reached that extraordinary age.

Born Sept 7, 1878, to Nield and Sarah Frederick in Clark County, IN, Taylor spent his early years in Washington County, near the community of South Boston, not far from Salem. He knew of the Little Blue River Church nearby and often visited the cemetery next to it where many of the earliest pioneers of the Restoration Movement in Indiana lie buried.

When his mother passed away in 1880, Ben and his three brothers were placed in the orphans' home at Jeffersonville. Later he was adopted by Frank and Martha Holmes, both residents of the city. When the home was broken through sin, Ben spent the next four years around Jeffersonville, Louisville and New Albany.

At South Boston the people were only moderately religious. But like denominational people, they attended different churches of their choice, mainly the Primitive Baptist and the Methodist. The prevailing practice of these churches was monthly preaching. For want of something better to do, most of the young people would attend these services. Up to this time, Ben never had lived in a home where a Bible was kept, so he never had attended a church service of any kind. He had been taught that most church people were hypocrites and rascals.

Once in childhood innocence he asked a Methodist preacher to tell him where in the New Testament there was any information on how the Methodist church was to be conducted. The preacher grew angry, called him a smart aleck, and told him not to come back again. Ben was deeply hurt and wondered why the preacher had acted as he did.

Later when he listened to Charley Bartle, a Baptist preacher, he asked him the same question. Bartle, in a kindly manner, put an arm around Ben's shoulder and told the boy that at his age many things would be difficult for him to understand. He further asked Ben to read his New Testament often and carefully and then do whatever it taught him to do.

Ben did start reading his Bible, and to the best of his ability, he put into practice what the Lord taught. At the age of 16, he obeyed the gospel of Jesus Christ, and became a member of the church in Washington County.

While working for various farmers in the community to earn money to cover his expenses, Ben attended public schools. Even without parents to guide him in his childhood days, he developed a love for knowledge. He read widely, and his store of information grew.

Later, he enrolled in Vincennes University and, for a little while, Valparaiso University. His love for books guided Brother Taylor, at the age of 16, into his career as a schoolteacher. Two years later, he entered another school that had a marked influence on his life.

Probably few members of the church today ever have heard of W.H. Krutsinger, and probably fewer have heard of the Bible Training School he conducted at Ellettsville, IN. But by conducting this school, Krutsinger did much to indoctrinate the primitive gospel in the minds of many people. Brother and Sister Homer H. Adamson attended this school, and Ben made a life-lasting friendship with both.

A.G. Freed, who later was president of Freed-Hardeman College, and W.M. Davis also attended Krutsinger's school. Another was Horace Hinds, one of the great spiritual giants of his day, who preached in southern IN for half a century.

Brother Taylor's preaching career began on the second Lord's Day in May, 1900 when he delivered his first sermon. He promptly was invited to hold a meeting for the church at Harrodsburg, IN, and this was his first gospel meeting.

In Beacon-Lights of History, John Lord says of Catallus, a Latin poet, that he "adorned everything he touched." Brother Taylor was just such a man. His sermons not only were preached in a powerful manner, but they were beautiful objects to hear. After hearing Brother Taylor, a young couple said they felt almost as though they had been in the presence of God.

When Brother Taylor began preaching, few churches in IN had a full-time preacher. In many churches, services were conducted only on the Sundays when they had a preacher. After carefully studying the Bible, Brother Taylor concluded that the churches should meet for worship every Lord's Day, and he preached this wherever he went.

His sermons were met with much opposition. Many said they were not commanded to meet every Sunday. One elder informed Brother Taylor that they were tired of his persecuting the church, and the young preacher was promptly informed that he was doing exactly that. 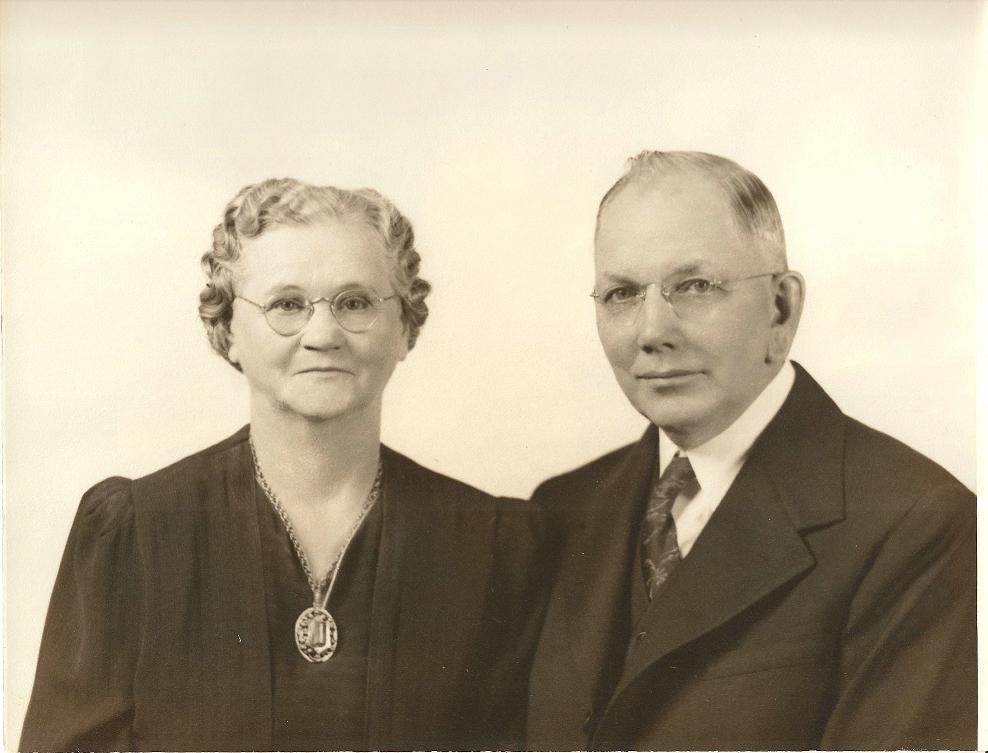 Most congregations believed a preacher should support himself and his family and should preach for nothing. Once, during the summer of 1900, Brother Taylor preached at a congregation Saturday night, Sunday morning and Sunday night. Monday morning the elder with whom he had spent the night informed him that the church had liked his preaching so much that they were going to give him the entire contribution of the day before. When the money was counted out, it was exactly 87 cents. Brother Taylor often wondered how much they might have given him if they had not liked his preaching so well.

He was the sixth superintendent of the Potter Home and School at Bowling Green, KY from 1927 to 1932, and he later wrote a history of the Potter family and the development of the children's home. After retiring as head of the home, he served for 16 years on the board of trustees.

In his prime Brother Taylor was one of the most remarkable preachers in the brotherhood. His deep voice added wings to his vigorous intellect and deep spiritual life and bore his attractive messages into the minds of enchanted audiences. His sermons were thoroughly prepared and skillfully delivered with such poetic beauty that they reflected the inner movements of a Christian soul.

Brother Taylor was in constant demand as a preacher. During his advanced years, he filled in for me often at the Franklin Road congregation in Indianapolis. No man was more loved and appreciated by the whole church.

In his older years young preachers loved to sit at his feet and listen. Gene Elmore, a preacher in southern CA, spent endless hours absorbing the knowledge and spirituality of this man of God.

In his retirement years he loved genealogies. I still have a letter he wrote to me in 1963 giving sources for a study of the West family. He loved my wife's family background. Brother Taylor loved to sit and talk with my wife about her family, and she never tired of listening. Through his research he knew them better than she did.

His mind remained active, his love for learning irrepressible down to the days that his eyesight faded and his hearing declined. During one of my last visits to him, he was involved in reading a history of England. Although he loved poetry and wrote some magnificent lines, he enjoyed reading a wide range of history.

After passing away June 1, Brother Taylor's funeral was preached by Bob Williams at Martinsburg, IN, where Brother Taylor had preached often. He was buried at the Crown Hill cemetery in Salem.

In 1948 Brother Taylor visited the cemetery and looked a long time at the spot where someday his body would be placed. Afterward, he wrote to his friend, Fred E Dennis, of some of the scriptures that came to his mind. His reflections, however, extended beyond this as he wrote:

The grave is not just a pit in which to hide the corruption of the human body from the sight of men. The grave is the resurrection place.

I have stood where mine is to be made, and have said, "This is to be my resurrection place," and have tried to anticipate the glory of that day when Jesus descends from heaven and the redeemed shall arise in the body made like the glorious body of Jesus Christ to meet the Lord in the air. Behold, the glories awaiting the redeemed in Christ. It pays to be a Christian.

The grave—the palace of transformation. (Note This Line On Marker Below)

Directions To The Grave of Ben Taylor

From Louisville, Kentucky: Head north on I-65, cross into Indiana, and go to Exit 7/Hwy. 60 and turn left. Head NW toward Salem. Go 33.5 miles to Salem. In Salem, follow Hwy. 60 all the way to Main St. and head toward the middle of town. At the square, you will want to turn left on W. Market Street. Go about 5 blocks and turn left on Shelby Street. At the end of Shelby Street you will enter the cemetery. Head straight ahead into the cemetery. You will be on Division Street. Go down the drive until you come to the cemetery's work shed, and turn right on Central Ave. Go two sections and turn right on West St. Just past the first drive on the left, look to your right, about two rows in is the Taylor family plot.

Note: If you are making this trip a RM related effort, others preacher's graves are located between Louisville and Salem, like J.L. Martin and W.J. Brown in Martinsburg, Also, the Jacob Wright and John Wright at Blue River. Also, Absalom Littell is buried over near Sellerburg. 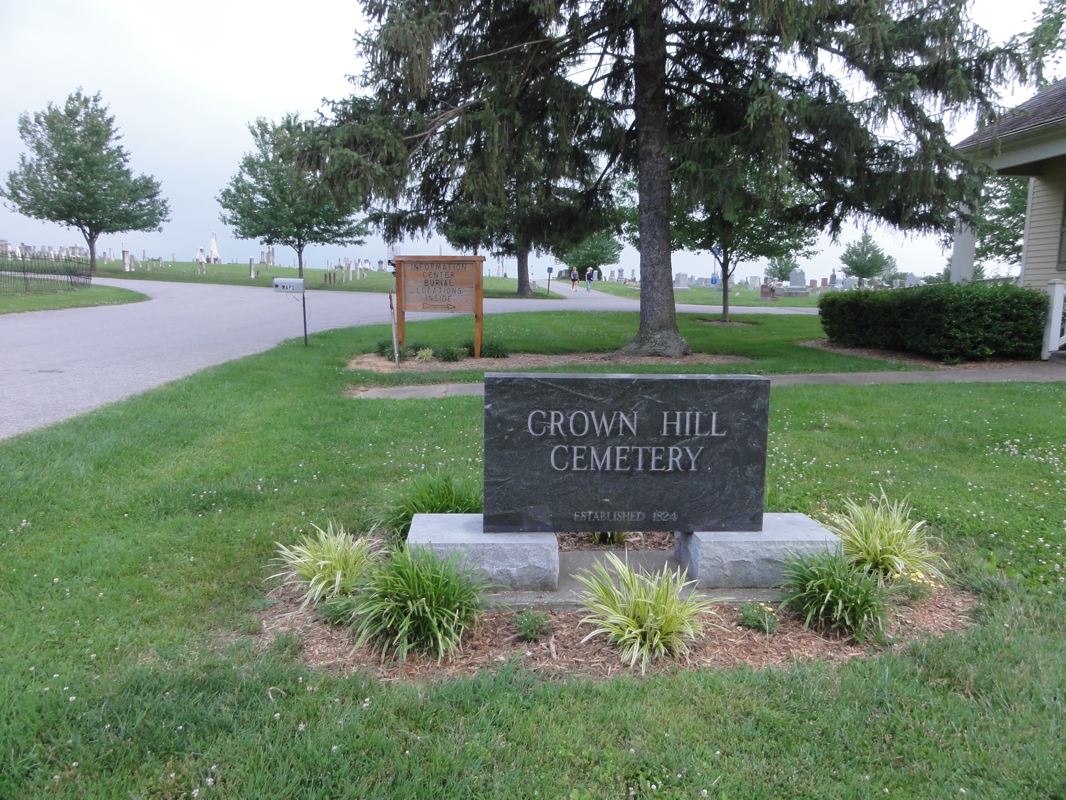 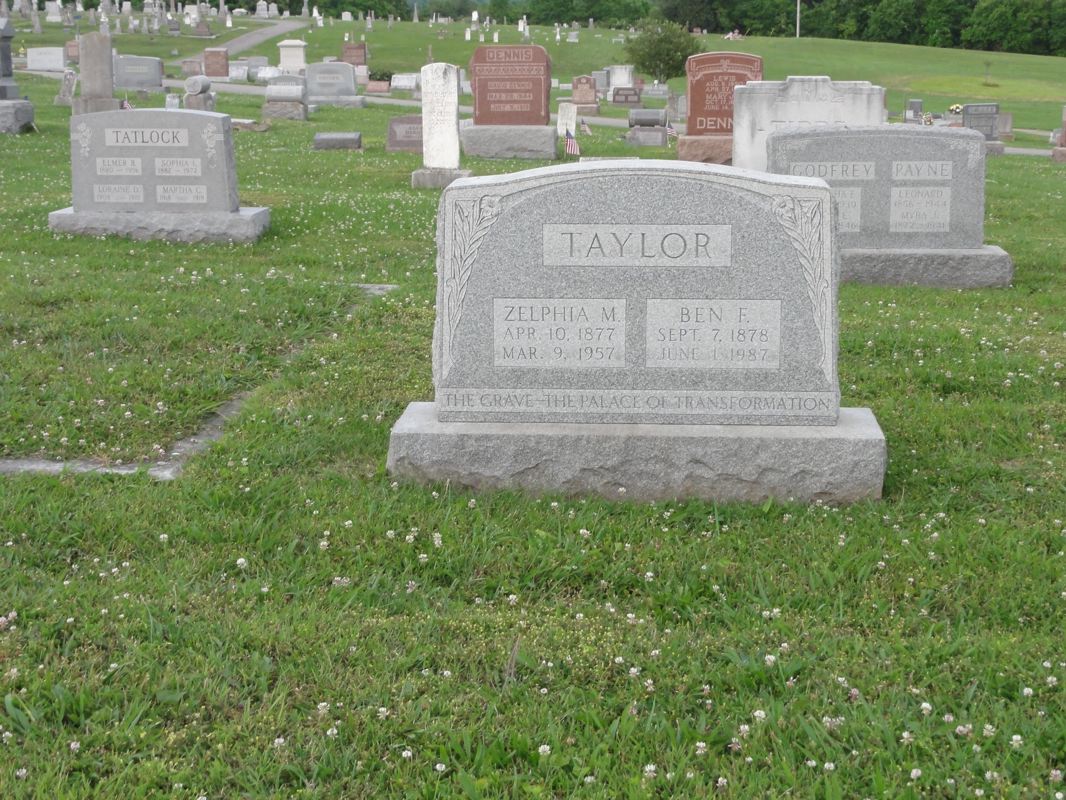 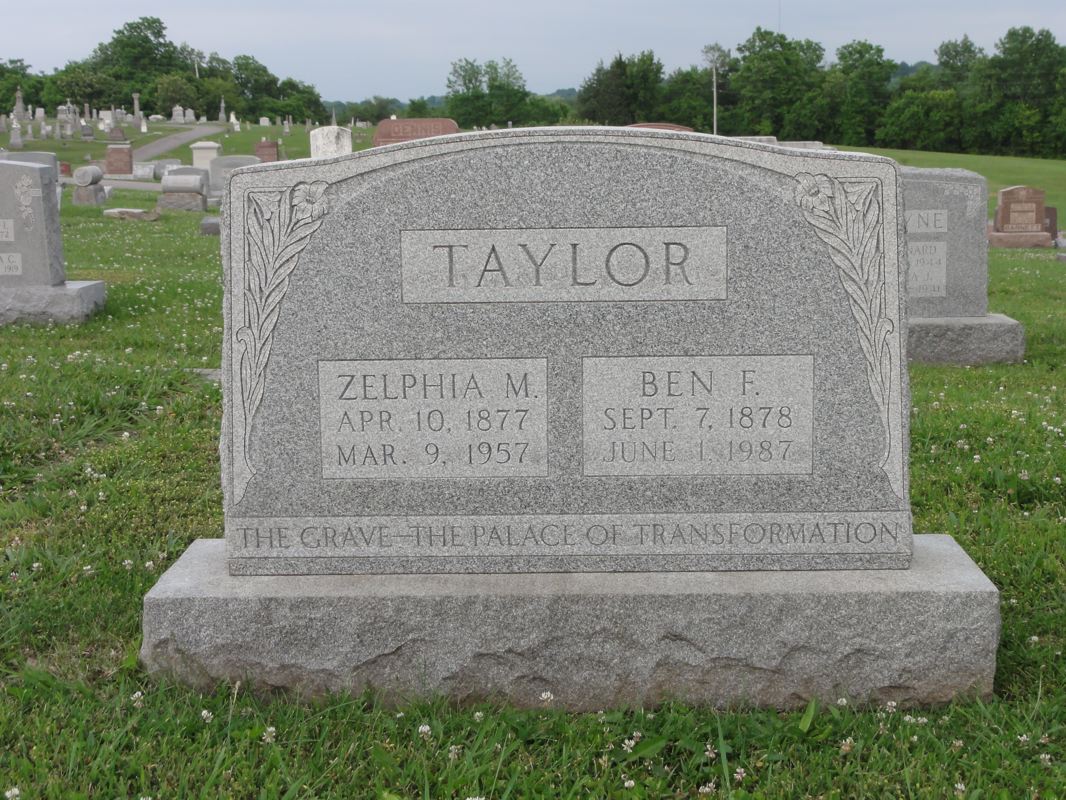 Web Editor's Note: On May 21, 2012 I visited the grave of Ben F. Taylor. I had just begun a week's Restoration Research trip with my dear friend Tom L. Childers. Ben F. Taylor's grave was early on our list of preacher's graves to be found. Special thanks to Tom for doing the driving on this trip.

Special thanks to Rita LaCrone for photos of B.F. Taylor and his wife on Find-A-Grave