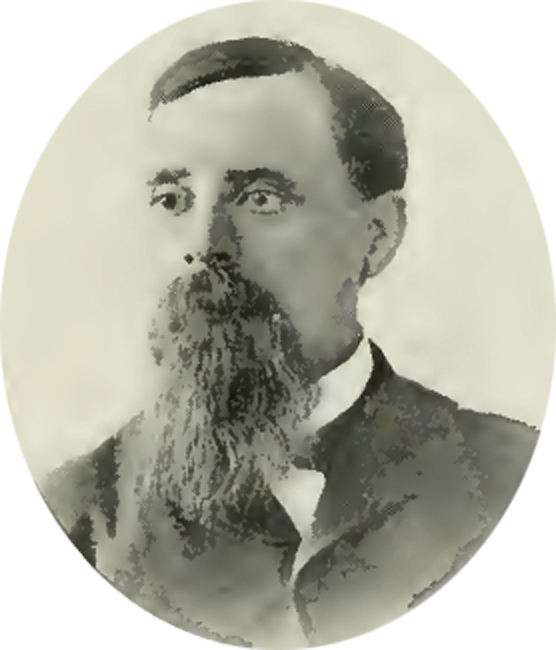 Successful gospel preacher who preached in Illinois & Kentucky in the era after the Civil War. He spent time on the Executive Committee of the Foreign Christian Missionary Society and worked with the College of the Bible at the turn of the 20th Century. J. W. McGarvey said, "Prof. Benj. C. Deweese had been already added to the Faculty in 1894, and had proved himself a most thorough and painstaking instructor. He was a graduate of the College in the class of ---- and had been for several years previous a Professor in Eureka College." The Autobiography of J.W. McGarvey p.55

Recollections On B.C. Deweese While At Eureka College

Benjamin Cassel Deweese was born August 10, 1851, near Jacksonville, Illinois, of Kentucky parentage. The toil necessarily for the support of the family deprived him, during early life, of most educational privileges. Self-instruction partially made good this loss.

He obeyed the gospel in February, 1867, and was baptized by Elder Enos Campbell. In September, 1870, he entered Kentucky University at Lexington, Kentucky. After five years of student life he graduated in June, 1876, from the College of the Bible, at that time one of the colleges of the university.

His life has been devoted to the ministry and to teaching. At the first his preaching was divided between general work and serving churches in smaller fields. In 1879 he located at Cadiz, Kentucky, where he preached for four years. The next church to which all his time was given was at Henderson, Kentucky. From this field he was called to succeed B. J. Radford in serving the Richmond Street Church, Cincinnati, Ohio. Thence to Columbia, Missouri, from which church he removed to Eureka, October, 1889, to become Principal of the Biblical department in the college. In 1876 he began a course of study preparatory to the work he is now doing. This was rigidly pursued for the fourteen years which passed before the call to Eureka College.

In 1881, without previous consultation, he was elected principal of the Cadiz High School. This spontaneous call was accepted, and before the school year closed he was elected to the chair of Ancient Languages in South Kentucky College, Hopkinsville, Kentucky. Soon after taking this new position he was elected President. His connection with the college continued until the buildings were burned, when he accepted the care of the church at Henderson, Kentucky. Besides this regular work a number of young men received private lessons in Greek and Latin in preparing themselves for college. Several schools have secured his services for part of his time, where he preached, to teach classes in Greek and Latin.

As a preacher Professor Deweese has always specially labored for the spiritual growth of his congregations. He loves teaching, and every call for such work has come without solicitation from him or his friends.

April 13, 1875, he married Miss R. E. Downing of Lexington, Kentucky. They have had but one child, whom they buried several years ago. His wife has devoted her life towards making his work a success, and to her belongs much of the credit for whatever of good they have wrought. In 1890 he was called to take charge of the Bible department of Eureka College, which position he still holds. He loves his class work and is eminently successful in it. 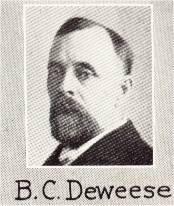 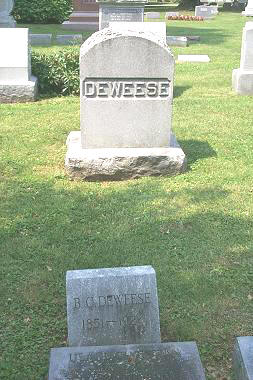 Location Of The Grave Of B.C. Deweese