The Life of Joel Johnson

Ten years before Joel was born his father, better known as Col. Robin Johnson was attached to General George Rogers Clark in battle with the Miami Indians.

The Johnson were some of the first settlers of what was known as Bryan Station. It was reported as follows, “In 1779 that grand man, Robin Johnson, whom every man, woman and child in Scott county are proud of, and the memory of whom can never be forgotten, began his long journey to foreign land, carrying his wife and children and baggage on horseback, traveling through the wilderness for six hundred miles. Famine, cold, fatigue and sickness impeded their journey. The wild beast and treacherous Indian made perilous their march. Winter, with its ice, snow and mud, test' d their patience and tried their strength- Nothing but the echo from the howl of the wolf and the whoop of the infuriate Indian to cheer them through the wilderness, they came, landing at Bryant Station, and finally locating at Great Crossings.” (THE B. O. GAINES HISTORY OF SCOTT COUNTY)

After arriving at Bryan’s station, Joel’s father served for a time in the Virginia state legislature. In 1782 he served on the Board of Trustees for Transylvania Seminary. From 1783 to 1812 he owned one-third of Scott County, Kentucky. Then in 1784 he surveyed with Daniel Boone.

Joel was from a very religious and pious family. Historically Baptist, his parents were among the founding members of Great Crossings Baptist Church on the Elkhorn.

Several of his siblings contributed to society in remarkable ways. One was his elder brother Richard Mentor Johnson (1780-1850), was a politician. He served for a time in the Kentucky Legislature and also in the U.S. Senate, and from 1837-1841 served as Vice-President of the United States under the presidency of Martin Van Buren (1782-1862).

Another sibling just older than Joel was John Telemachus Johnson (1788-1856). John was in politics for a while, but determined to give himself to a higher call; he became a minister in the Baptist church. In February of 1831 he left the Baptist church and formally began a congregation upon the word of God alone at Great Crossings. He baptized his wife, his brother Joel and his wife.

To the knowledge of this writer, Joel did not enter the ministry, however he was a life-long support of the church of Christ. Another report says, “He owned a grist mill and considerable amount of land in Scott County, Kentucky. However, at the age of 40 he left his wife and 5 children, after selling his holding and went to Chicote County, Arkansas. This was, at the time a very frontier area. However, he seemed to thrive and over a period of time acquired a good deal of land. However, he didn't spend the entire year in Arkansas, but commuted between there and Kentucky.” (Find-A-Grave).

While living in Lexington, Kentucky, as his home called "Lakeport," Joel Johnson died June 16, 1846. Burial followed in the Frankfort Cemetery, in Frankfort, Ky.

News of the Passing Of Joel Johnson

Frankfort Cemetery is called "The Westminster Abbey of Kentucky." It is the final resting place of some of Kentucky's greatest historical figures, most known of which is Daniel Boone. There are many soldiers of past wars buried there, even U.S. Vice presidents and governors. The younger brother of Vice-President Richard M. Johnson was Joel Johnson. His family plot is located just down the drive from his older brother.

The cemetery lies upon the cliffs overlooking the Kentucky River and in the distance lies the state capital of Kentucky. Frankfort lies between Lexington and Louisville. The address for the cemetery is 215 E. Main St., Frankfort, Kentucky, 40601. Sec M Lot 151 Grave 5. 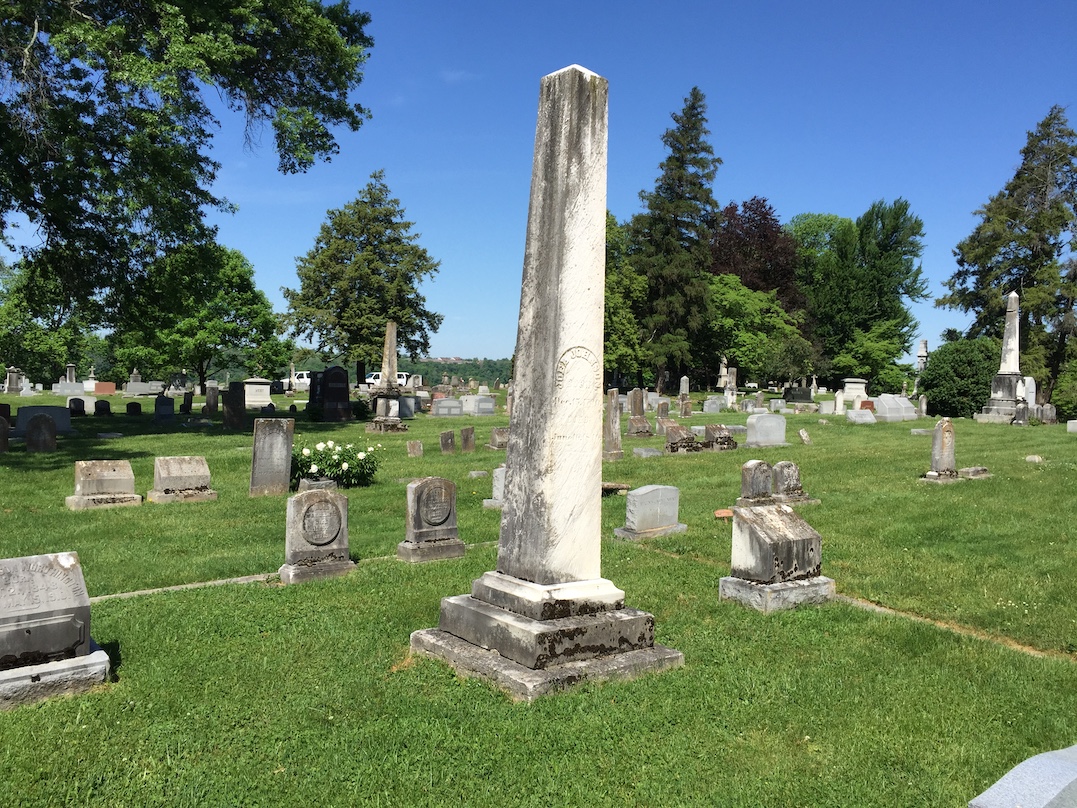 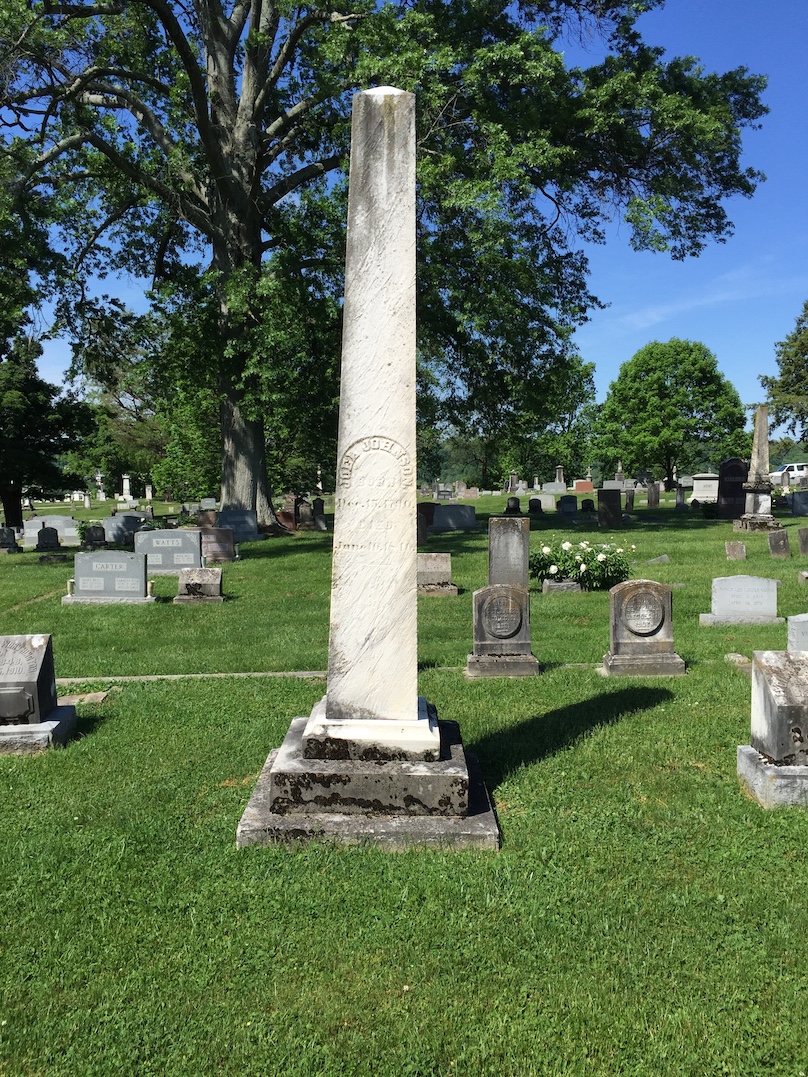 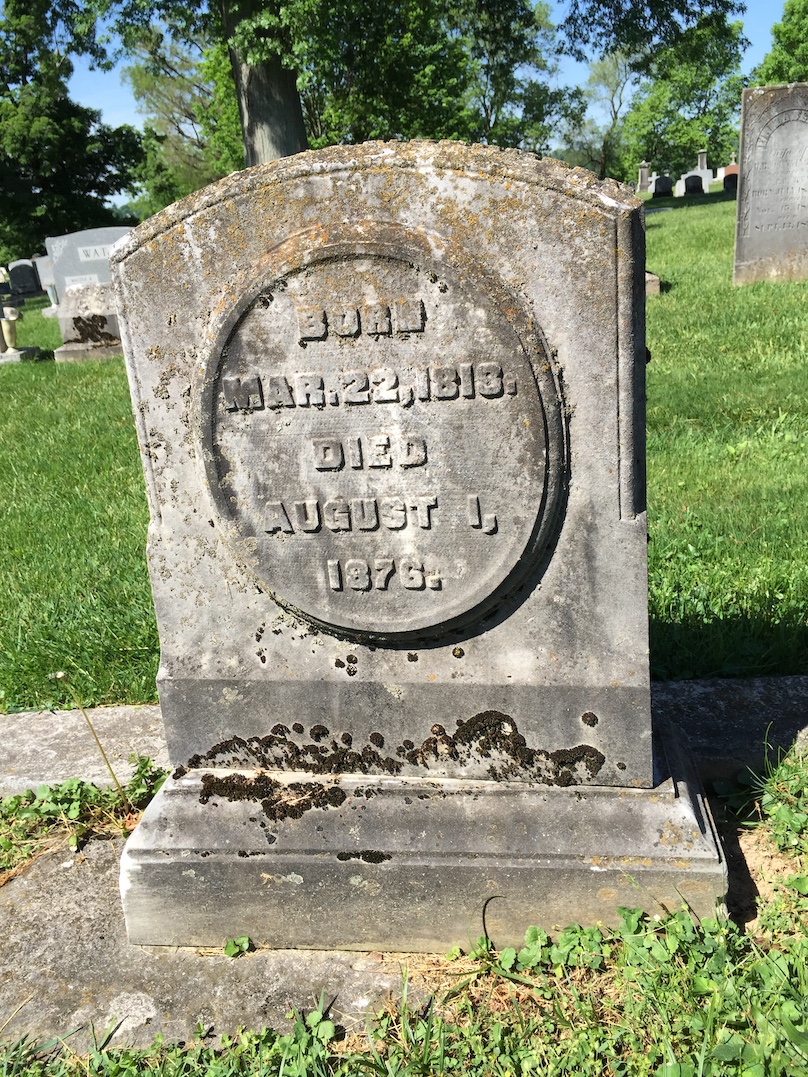 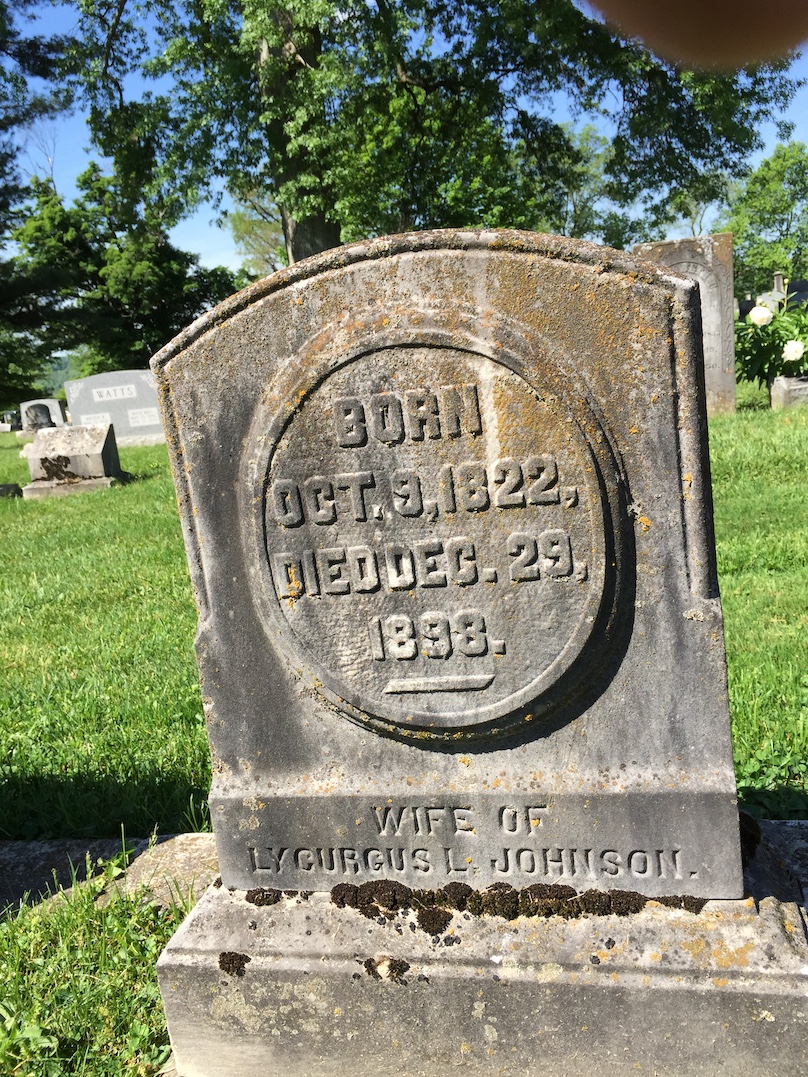 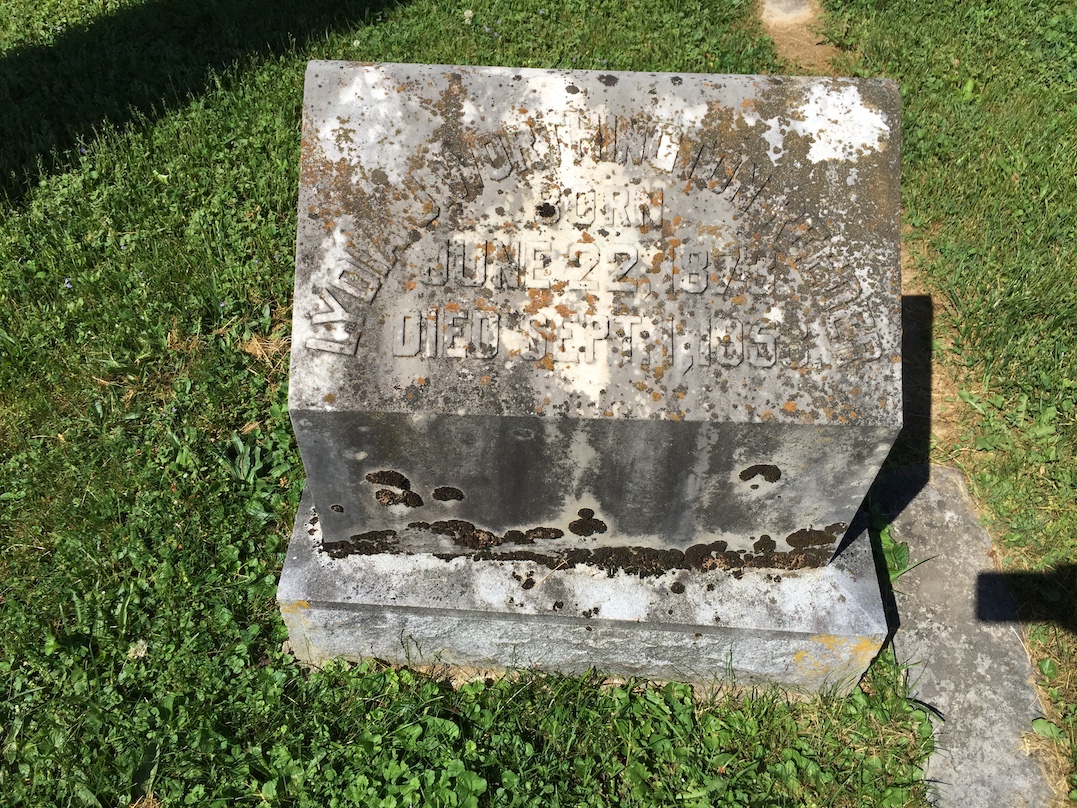 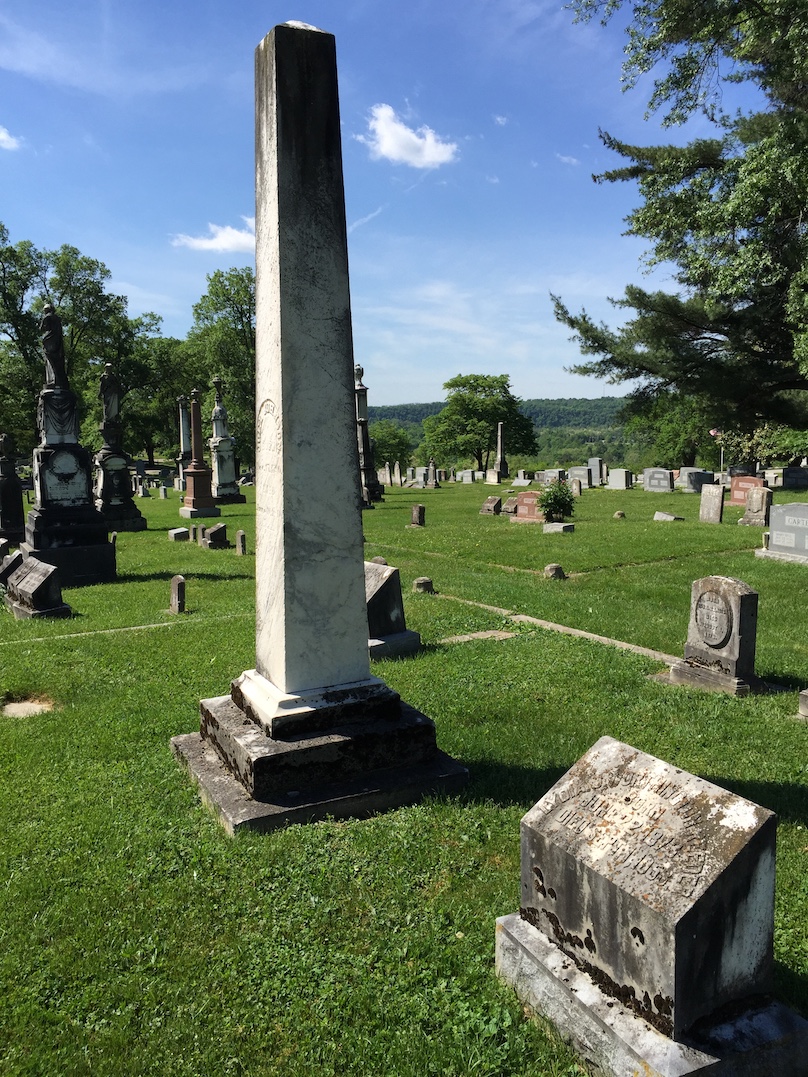 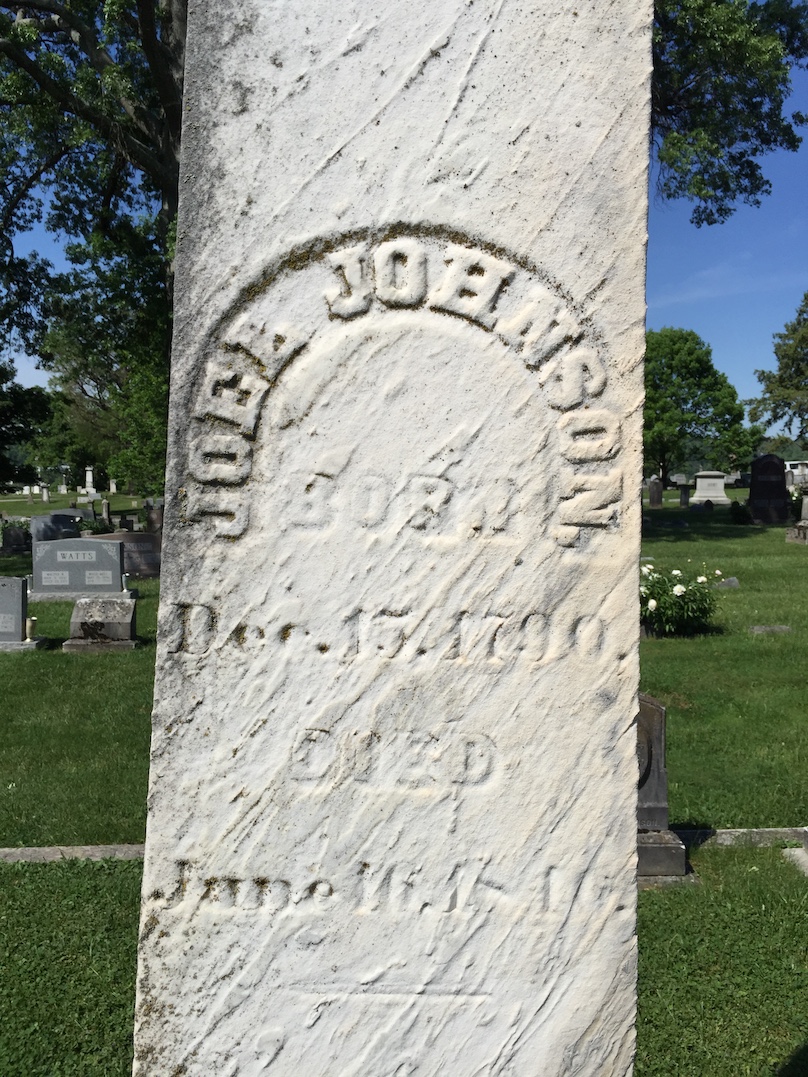 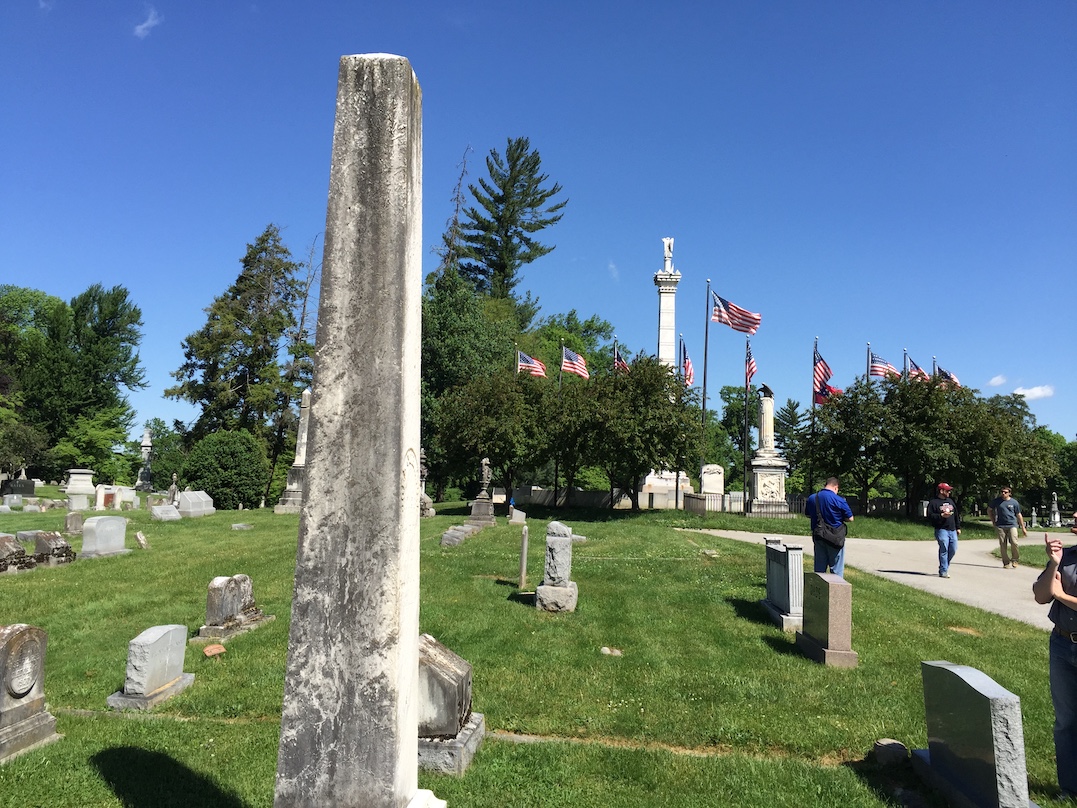 In the distance is the grave of U.S. Vice President Richard M. Johnson, brother of Joel Johnson 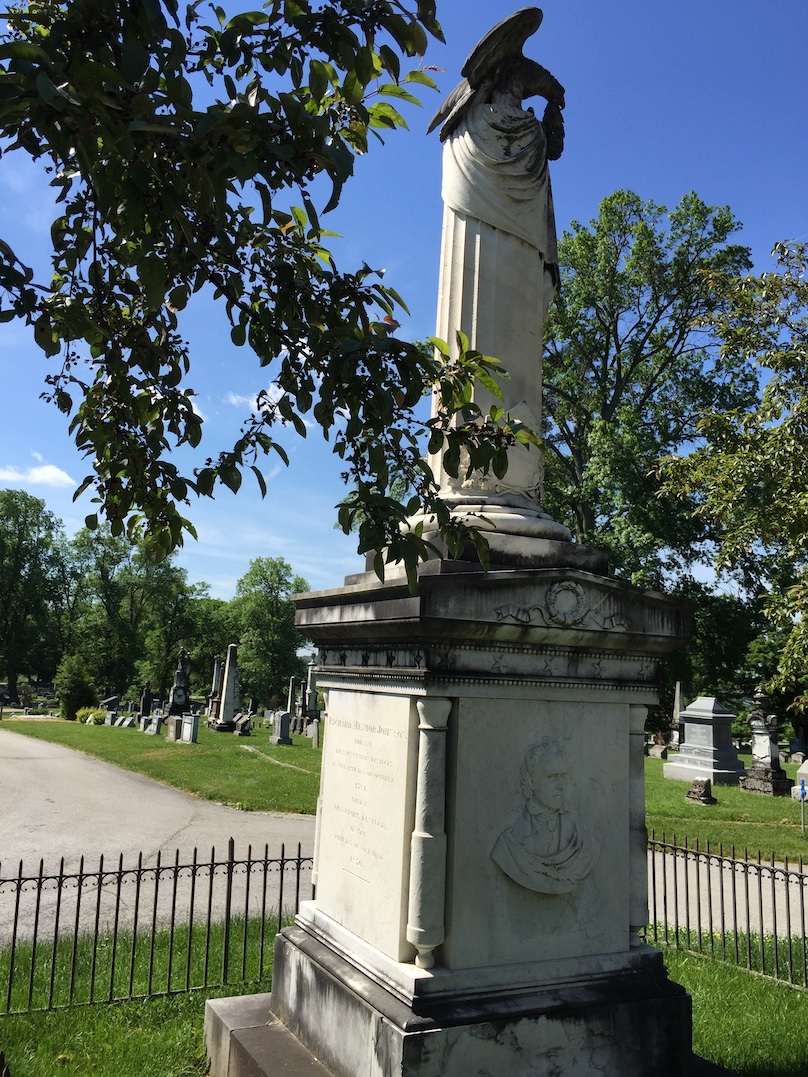 Special Recognition: The the grave of Joel Johnson, the younger brother of John T. Johnson was discovered in May 2015 by your webmaster during a trip with students for Southeast Institute of Biblical Studies in Knoxville, Tennessee. The restoration tour led us throught Kentucky, Ohio & finally to Bethany, West Virginia and Washington, Pennsylvania.