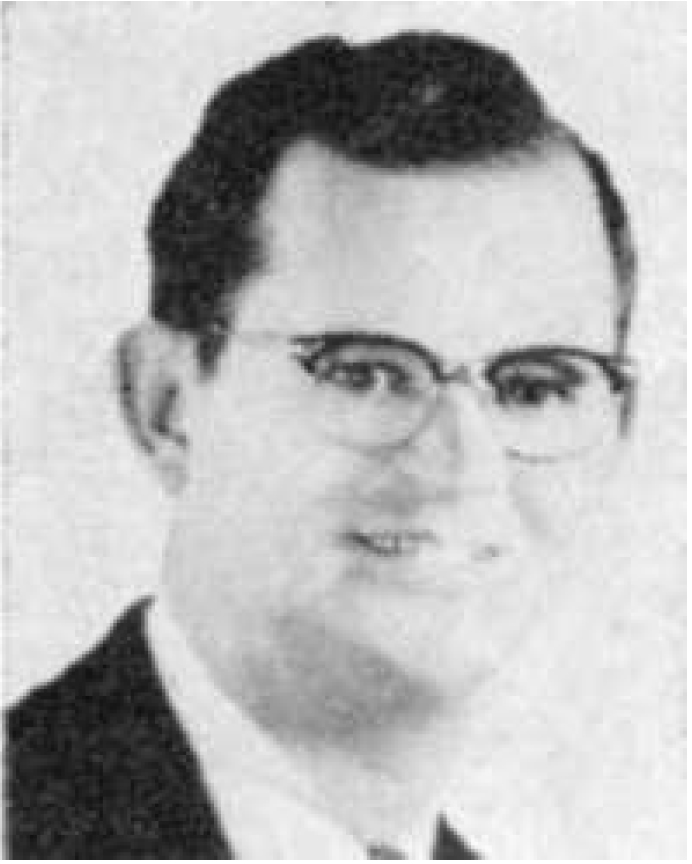 The Life of O.D. McKendree

O.D. McKendree was born May 24, 1918 in Benton, Kentucky. He was married to Trentie Imogene Myers in 1938. They had three daughters, Sharon Naomi McKendree Austin, Hyburnia Kay McKendree Shepheard, and Octavia Lou McKendree.

Baptized at the age of fourteen by Hubert Dill, (August 25, 1932), young O.D. determined to preach the gospel of Jesus. He began preaching in 1935 near his home. He attended Freed-Hardeman College in Henderson, Tennessee. His love for this institution of higher learning led him to support it all his days. He and Imogene sent their daughters to F-HC, and they supported it financially.

He attended the lectureship program faithfully beginning in 1941 and never missed a year for the next sixty-six years. Twice, he spoke on the program, once in 1955, and again in 1984. Of Freed-Hardeman he once said, “I am proud I attended Freed-Hardeman and had the privilege of sitting at the feet of great teachers, such as, N. B. Hardeman, L. L. Brigance. W. Claude Hall, and C. P. Roland. This school still stands for sound doctrine and continues to educate young men to preach the gospel. I have often had brethren, after hearing me preach for the first time, say, "I know where you attended college." They did not have to ask whether or not I attended Freed-Hardeman. That says something good about the college and about me.” (F-HU Lecture Book, 1984, p.204).

He preached at the Ledbetter congregation near Paducah, Kentucky from 1936-1938. After his schooling he preached at Yorkville, Tennessee from 1945 to 1947. While there he also preached regularly for the church in Acton, Tennessee from 1945 to 1948. From there he moved to Flint, Michigan where he worked with the church there from 1948 to 1954. After this he was at Evansville, Indiana working with the Bellmeade Avenue church of Christ from 1954 to 1958. Then, from there he moved to Detroit, Michigan working the the East Side Central congregation from 1958 to 1961. From there it was back to Kentucky to work with the Northside church of Christ in Mayfield, beginning in 1961. In the late 60s the McKendrees worked with the church in Glasgow, Kentucky for about three years. In late 1971 they moved back to the Paducah area to work with the Central church of Christ.

O.D. preached several gospel meetings each year. He preached in Mississippi, Arkansas, Oregon, Tennessee, Michigan, Ohio, Indiana, Illinois and West Virginia. He conducted several Vacation Bible Schools, and was noted for his ability to work with children. While at Evansville he conducted a regular TV program on one of the local stations there which enjoyed great results.

While in Flint, Michigan, he held a two-day debate with M.N. Gregson, a Baptist minister, on the subject of salvation issues.

He spent his last years in his home town of Benton, Kentucky, where he was a faithful member of the Benton church of Christ. His wife, Imogene, preceded him in death about six years, when she passed away April 29, 2001. He served the Lord the remainder of his life, until he was called to his heavenly home, December 23, 2007. Burial followed next to his wife in the Jackson-Stark Cemetery, south of town.

As far back as my high school days, except for several years in the mission field, attendance at the annual lectureship at Freed-Hardeman University was a constant in my life. How many years I recall that one day at chapel the director would approach the lecturn and ask the old-timer attendees to stand. How many years, I can't say, but I know there were many, when they'd start with having people stand if they'd attended over 25 years, then 30, then 40, then 50. Each number announced saw more and more people sitting down. Until 2007, the last man standing was always O.D. McKendree. When he died, he had attended the annual lecture program for 66 straight years. I never knew brother McKendree personally, but I did know who he was. He was always the last man standing! As I write this it is hard to believe the last time I heard that name called was over 13 years ago. As I type this note, I'm preparing to attend another lectureship at Freed-Hardeman in just a few days. -Scott Harp 01.21.2020 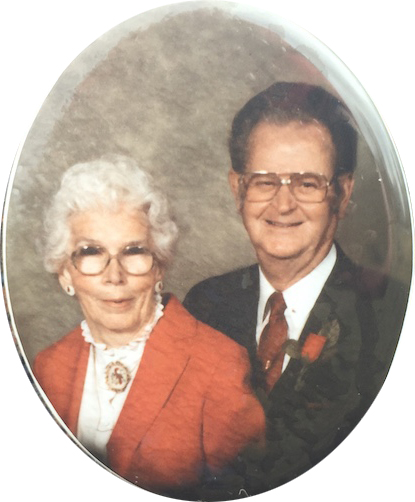 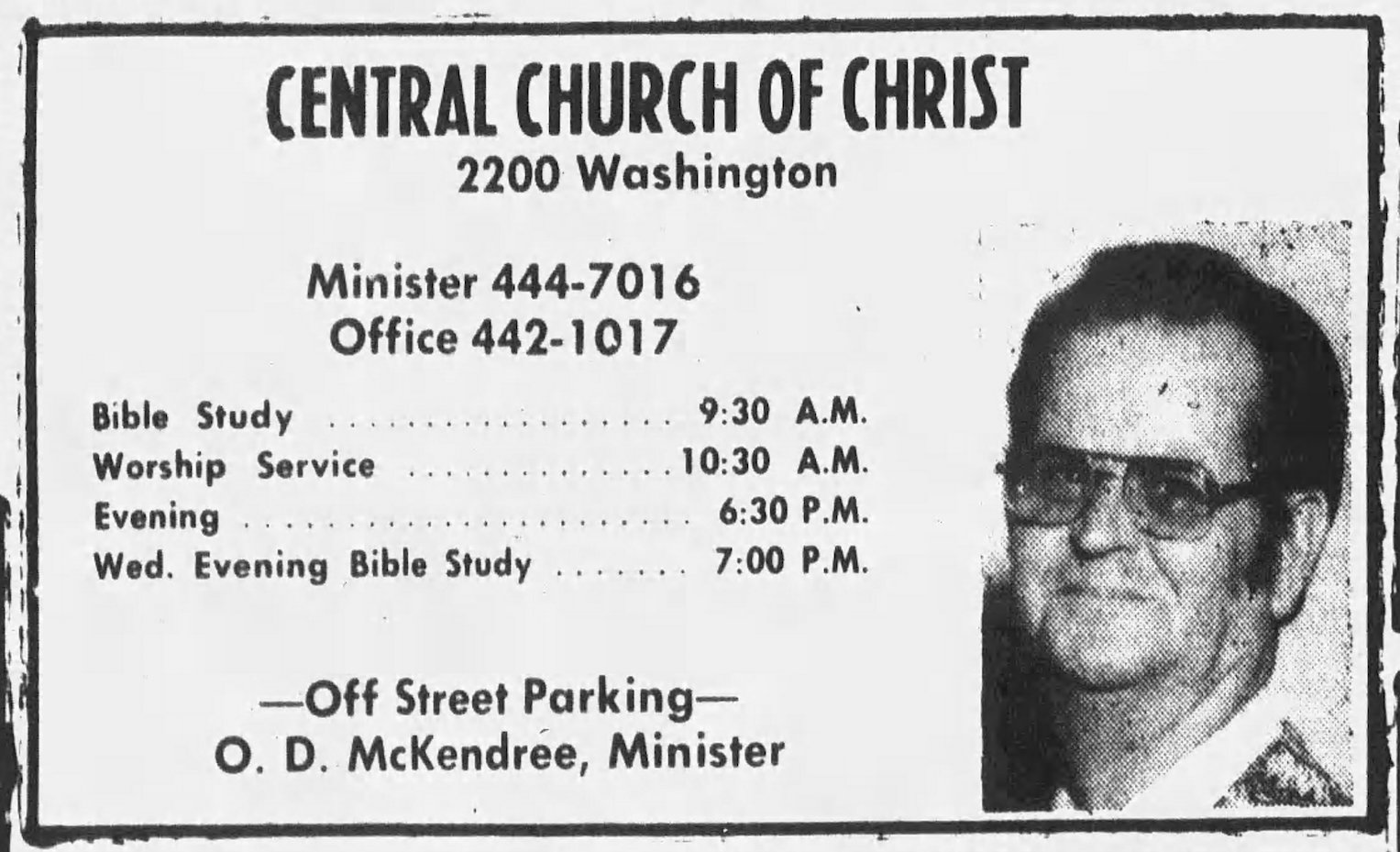 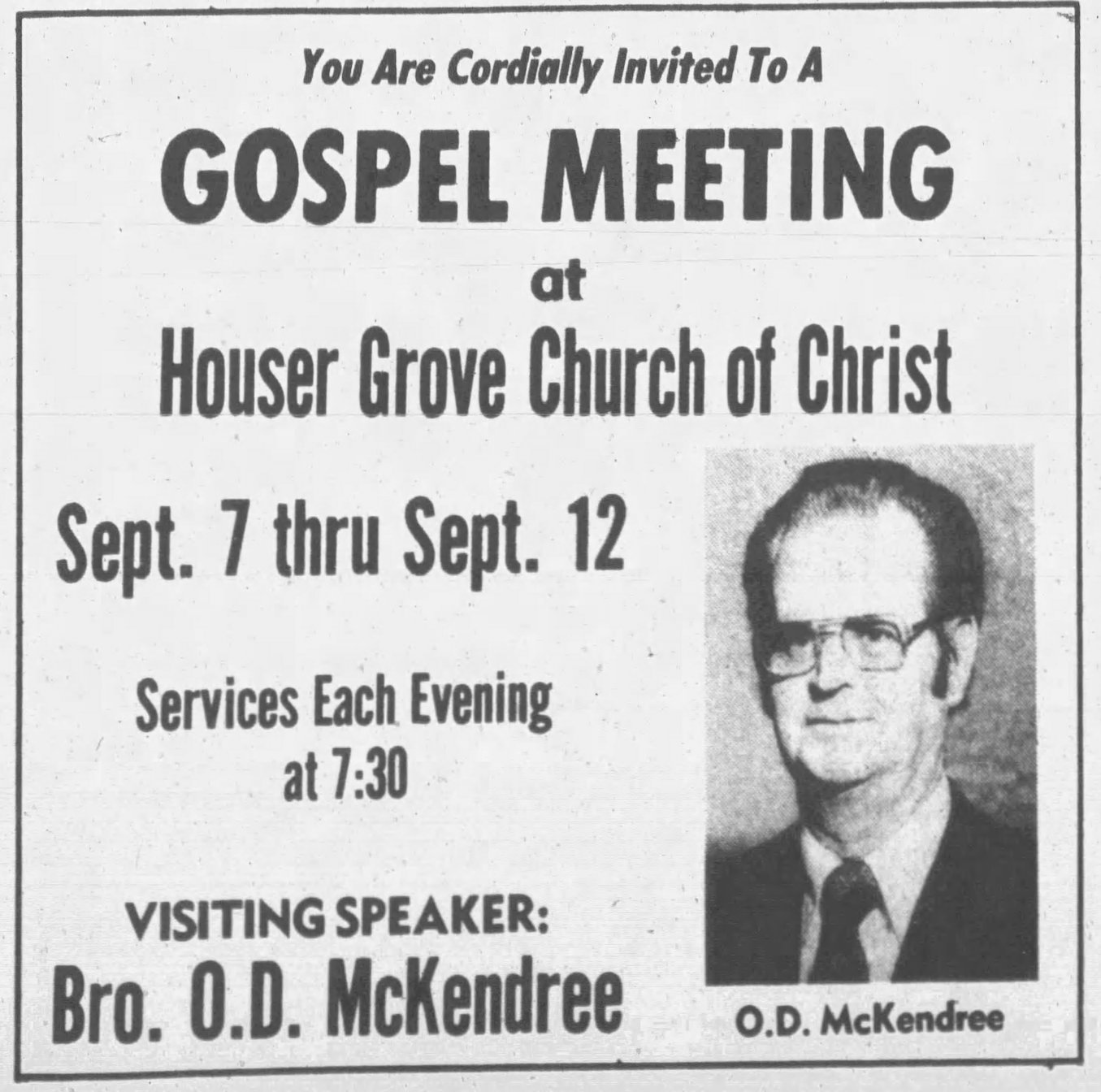 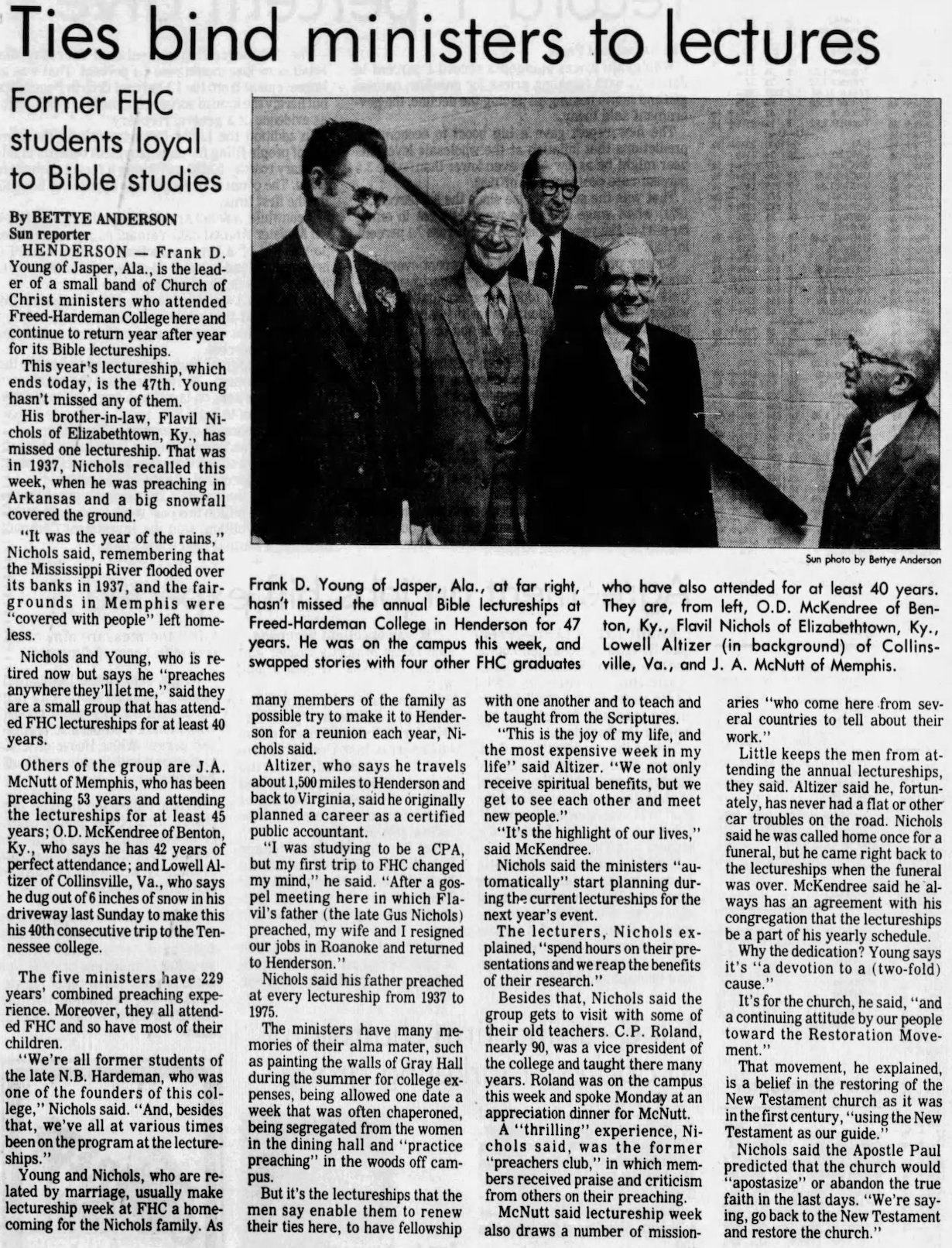 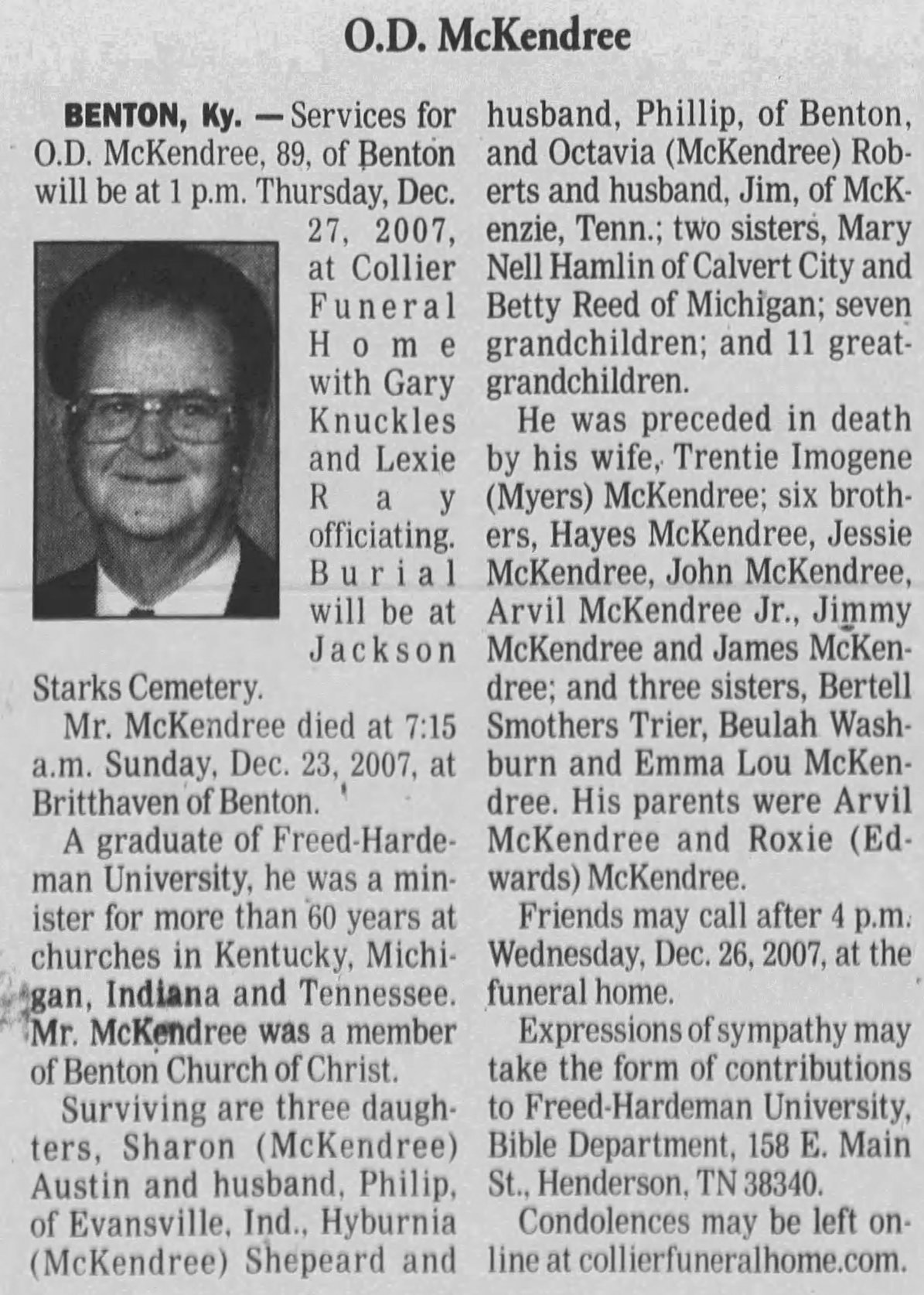 Funeral service was held at Collier Funeral Chapel at 1:00 PM Thursday, December 27, 2007 with Gary Knuckles and Lexie Ray officiating. Interment was in the Jackson Starks Cemetery in Benton, Ky.

The McKendree burial plot is located in the Jackson-Stark Cemetery, just off Main Street, south of Benton, Kentucky. The best directions can be utilizing the GPS location and map below that pinpoints the exact location of the graves in the cemetery. 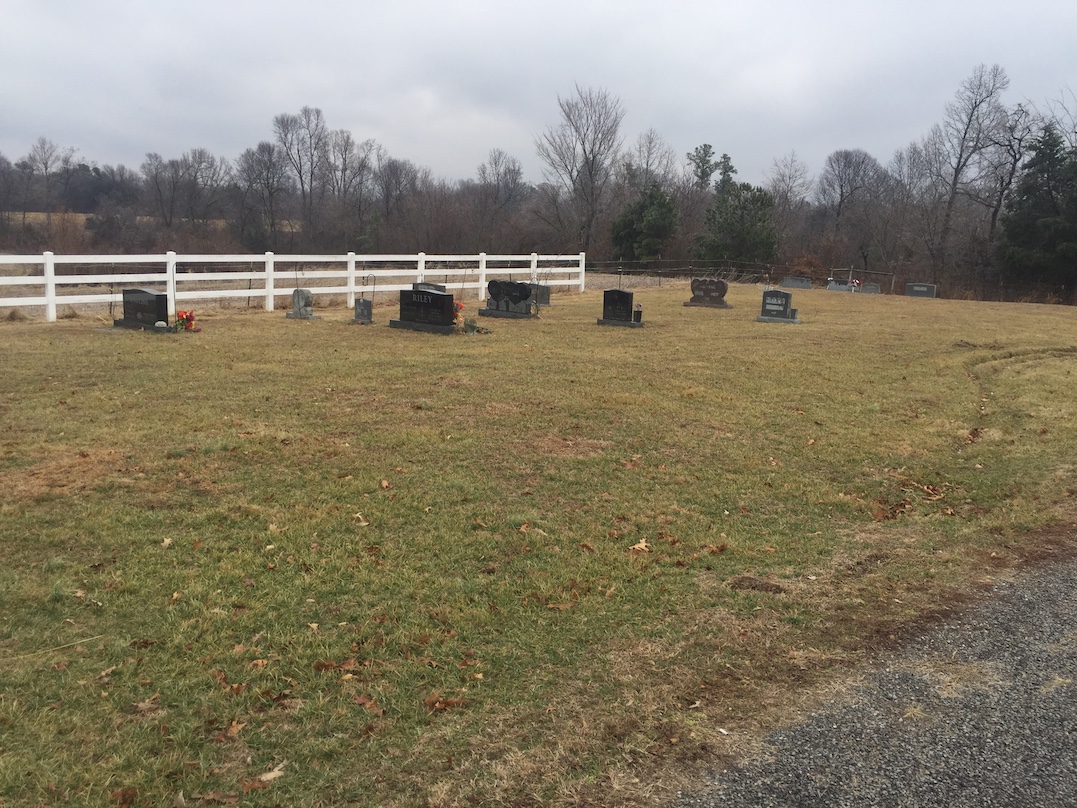 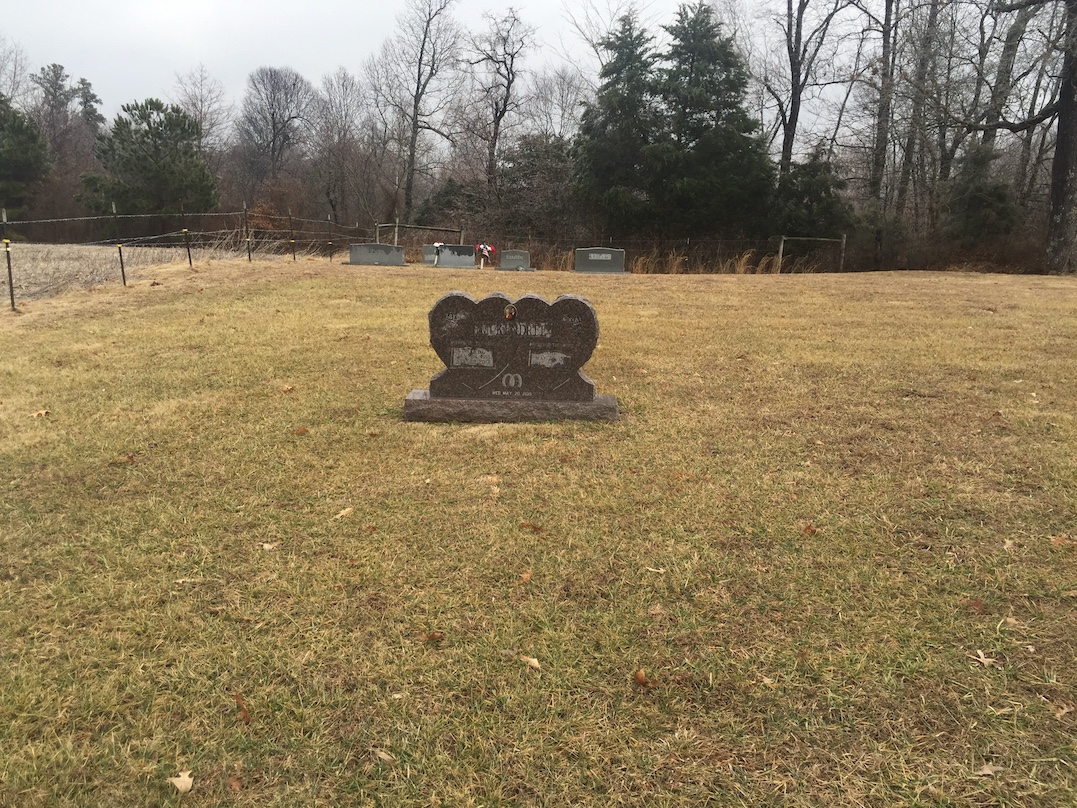 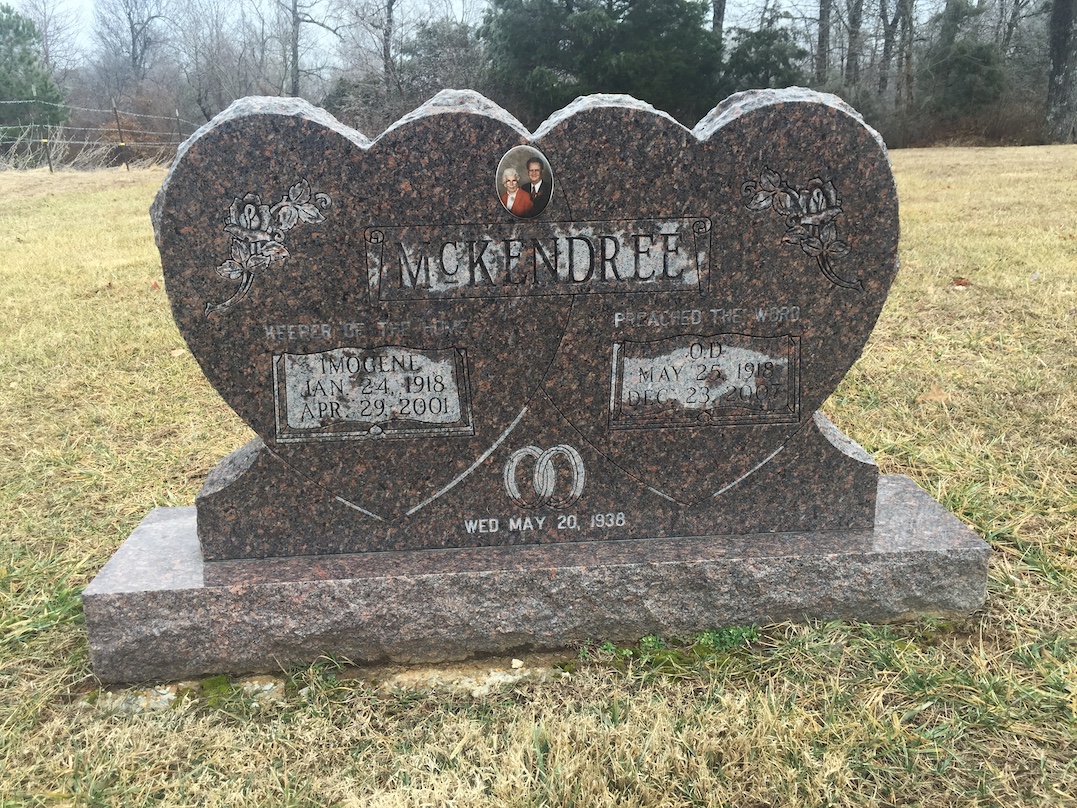 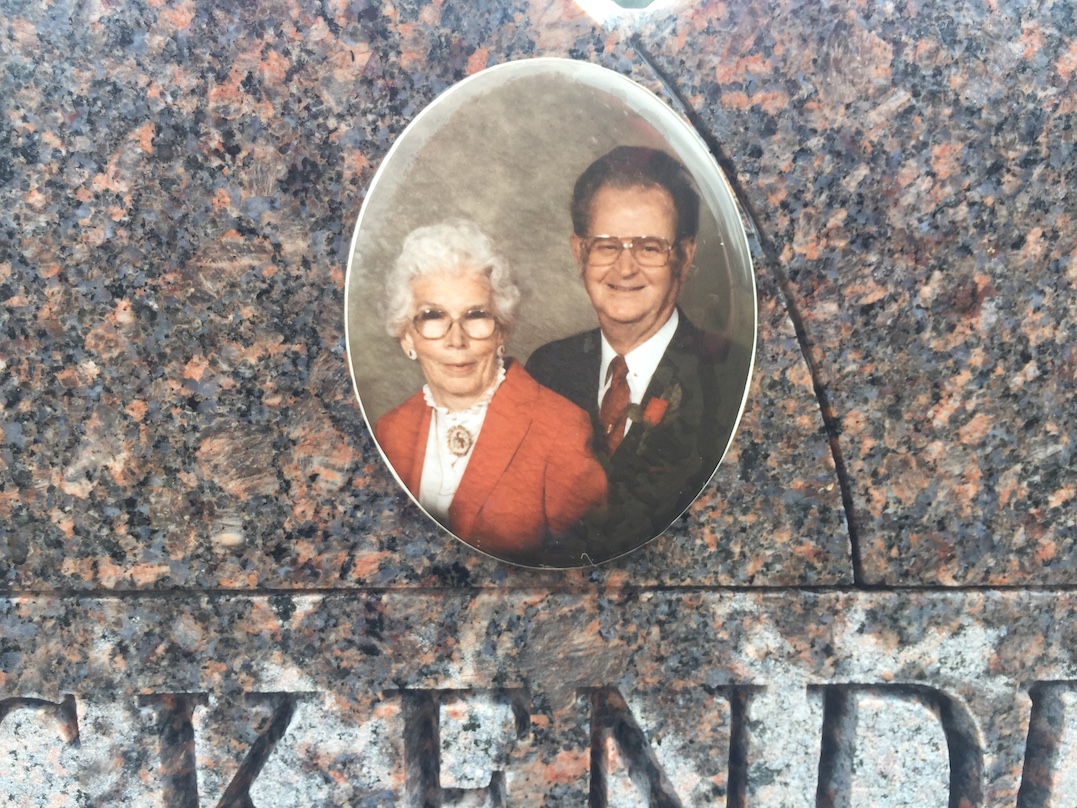 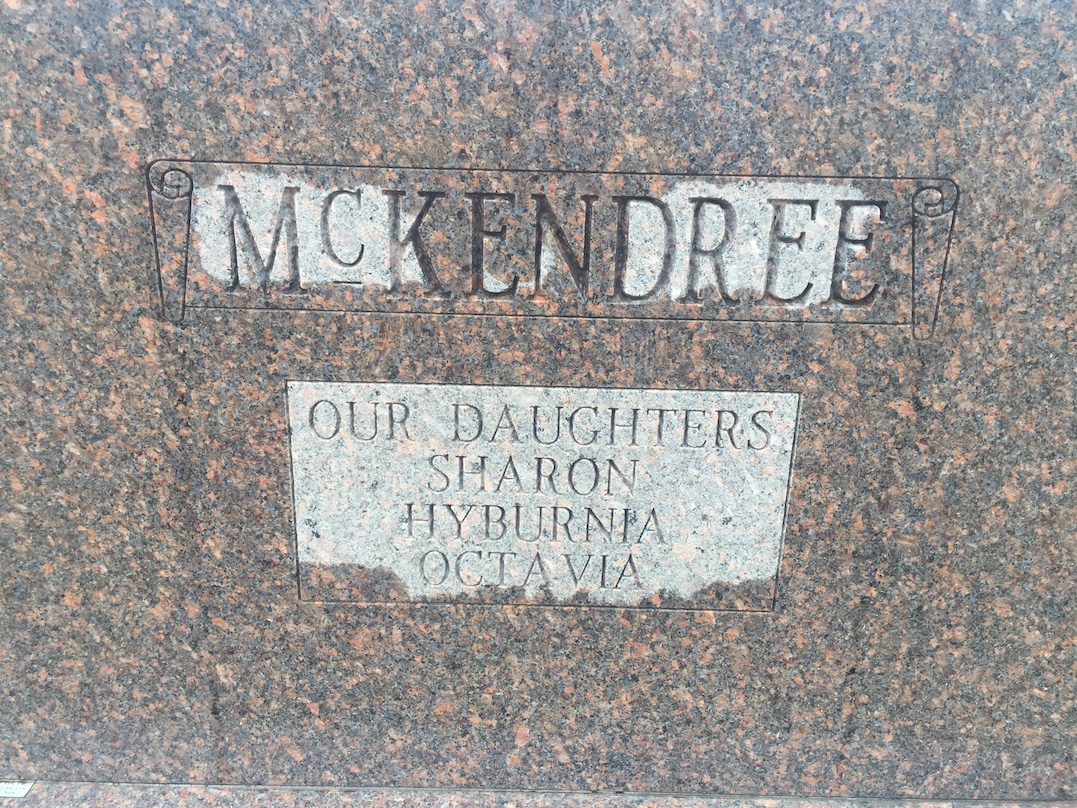 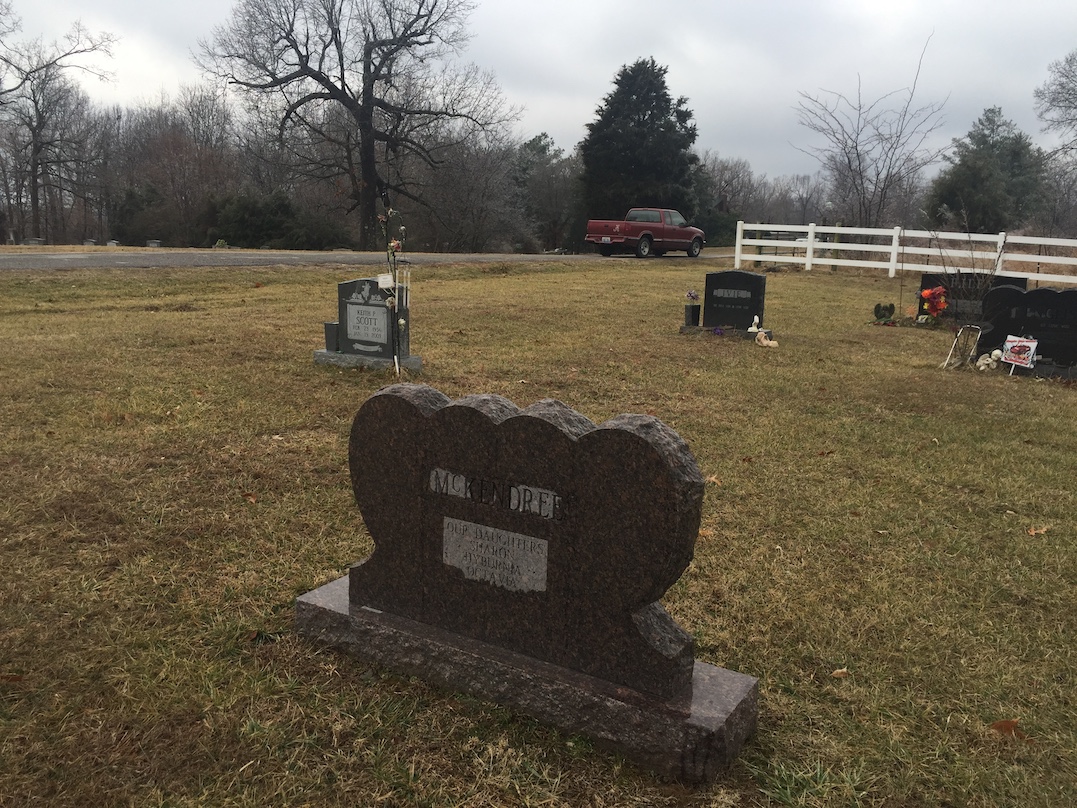