The Addition Of The Melodeon At
Midway, Kentucky, 1860


Click On Picture Above To Open Larger Size (500k) 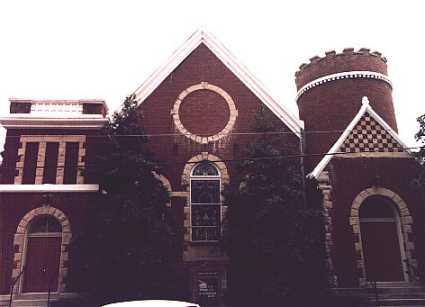 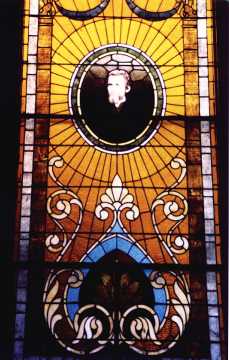 The Melodeon At Midway

One of the most divisive events in the Restoration Movement was when churches began using musical instruments in their worship services. Early in the 1800's instrumental music used in worship assemblies were virtually unknown among evangelical churches. Unity in all churches where it was introduced struggled even to the point of division. Churches of the Restoration Movement were no exception.

As early as 1851 there were scattered reports of congregations among Restoration churches adding instruments of music to their worship services. Alexander Campbell, in an article in the Millennial Harbinger, October, 1851 said, " . . . I presume, to all spiritually-minded Christians such aids would be as a cow bell in a concert." Benjamin Franklin wrote against it in 1860 by saying that it would be only permissible if a church or preacher had lost the Spirit of Christ and were trying to become a fashionable society rather than the church of the Bible.

However, in 1860, Lewis L. Pinkerton of Midway, Kentucky responded that as far as he was aware, the church at Midway where he preached, was the only one of his knowledge where the instrument had been successfully introduced.

The instrument was added amidst much controversy at Midway. What initially caused the problem was that the singing was deplorable. Pinkerton said that the singing would, "scare even the rats from worship." At first, members met in the home of some brethren on Saturday night for practice. To get the right pitch, they used a little melodeon. Before long one of the sisters was accompanying the singing with the playing of the little instrument. The group noted how the accompaniment helped the singing, and so they decided the use of it would greatly enhance their worship assemblies. They asked L.L. Pinkerton, their preacher, what he thought of bringing it into the assembly. His response was that he saw no problem with it. So, the next Sunday, a melodeon was brought in for worship. Thompson Parrish played the instrument at the Sunday services. 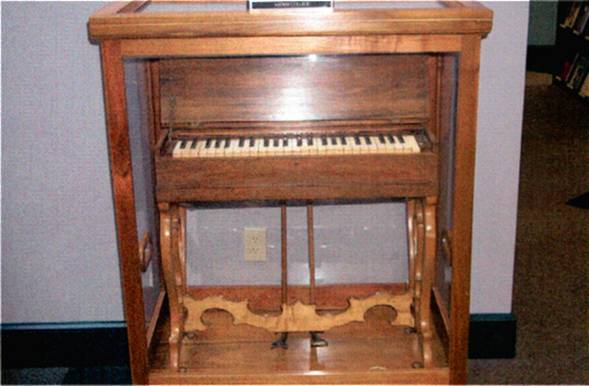 The entrance of this little instrument did not take place smoothly, however. The friction was so stern by some that trouble was a-brew. One who was strongly against the instrument was Adam Hibler, one of the elders. Late one night he, along with his slave Reuben, went to the church building. While Hibler held a window open, Reuben entered the building and passed the small instrument through to Hibler. It was put on a wagon and taken to be stored in his barn. Another melodian, amidst much complaint, was purchased and placed in the building. Around the turn of the 20th century, the Midway Church building was destroyed by fire, a picture of which is at the top of this page. Along with it was the destruction of the second melodeon. Some years later, Hibler's barn was being cleaned out when the second melodeon was found. (Incidently, also found in his barn was the upper chamber of the Cane Ridge Meetinghouse that had been removed for many years. The upper-chamber/balcony was returned to the meetinghouse, and is now on display inside the old meetinghouse.) The melodian was taken to the premises of Midway College and has now been placed in the college library. The college has a new library on campus, and the old melodeon is still on display. The school proudly displays it because of all the controversy it brought so many years prior. Many people aware of the controversial nature of it, travel long distances to see the "little instrument that split a church."

-Editorial Comments: I have been to Midway College on a number of different occasions and seen the little instrument. It is a beautiful women's college campus in north central Kentucky. Many thanks to the college for continuing to display the little melodian, as people do travel from afar to view it. The librarians are always most helpful.

The Grave Of Adam Hibler

In May, 2000, I, along with Charles Nash, had the opportunity to visit the grave of Adam S. Hibler, the elder who strongly stood against the bringing-in of the instrument at Midway, Kentucky in 1860. The Hibler farm is near the Cane Ridge Meeting House. From the meetinghouse, heading back toward Paris, just next to a farmhouse on the left hand side is the small Hibler family graveyard. The graveyard is in a pasture with a small stone wall around the graves. There are a few trees growing there as well. Look for an obelisk between the small patch of trees and you've found the grave. Also, there are two horse-barn behind the farm house. Seeing this monument is a must for the grave hunting enthusiast! Don't miss it when you go to Cane Ridge Meetinghouse. 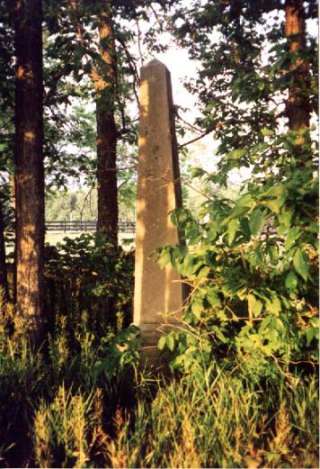