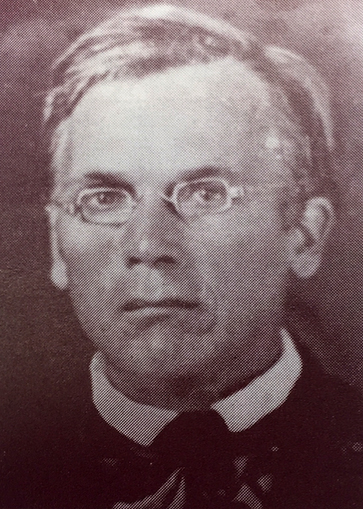 G.P. Street was converted and preached for the Christian Church in the regions of Christian, Todd, and Logan Counties, Kentucky. He was influenced in the early years by preachers, William Davenport and Isaiah Henry Boone. His home congregation was the earliest church of Christ in Christian County, the Concord church of Christ. In his tenure as full time minister of the gospel for the church, he worked with some of the great gospel preachers of his day, Alexander Campbell, John T. Johnson, Barton W. Stone, and many many more.

At his death, he was buried in the McReynolds family cemetery a few miles SW of Hopkinsville, Kentucky. Directions Below. 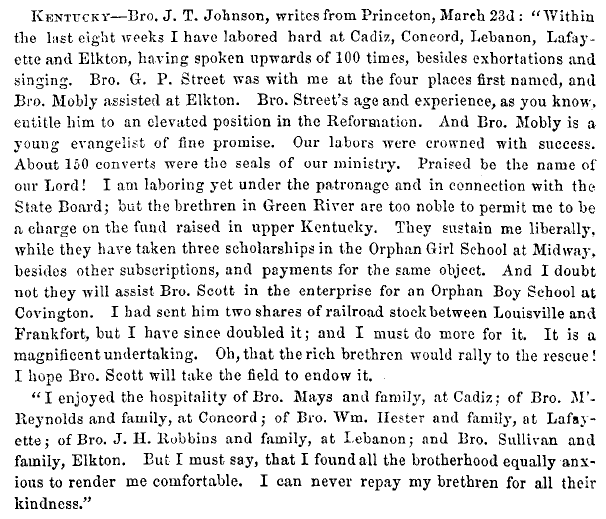 A Discourse By George P. Street in the pages of John R. Howard's paper
Messenger And Advocate - 1847 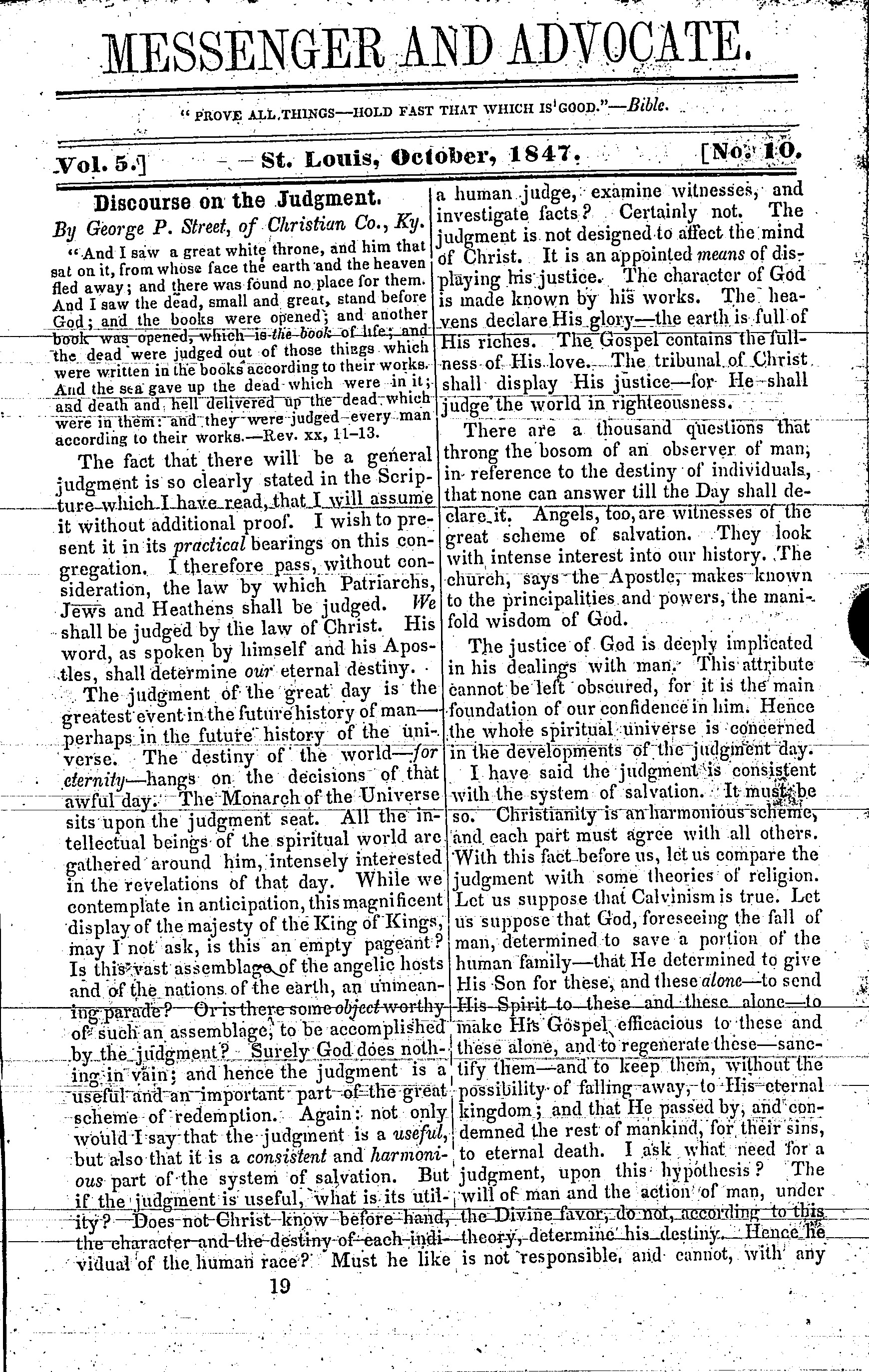 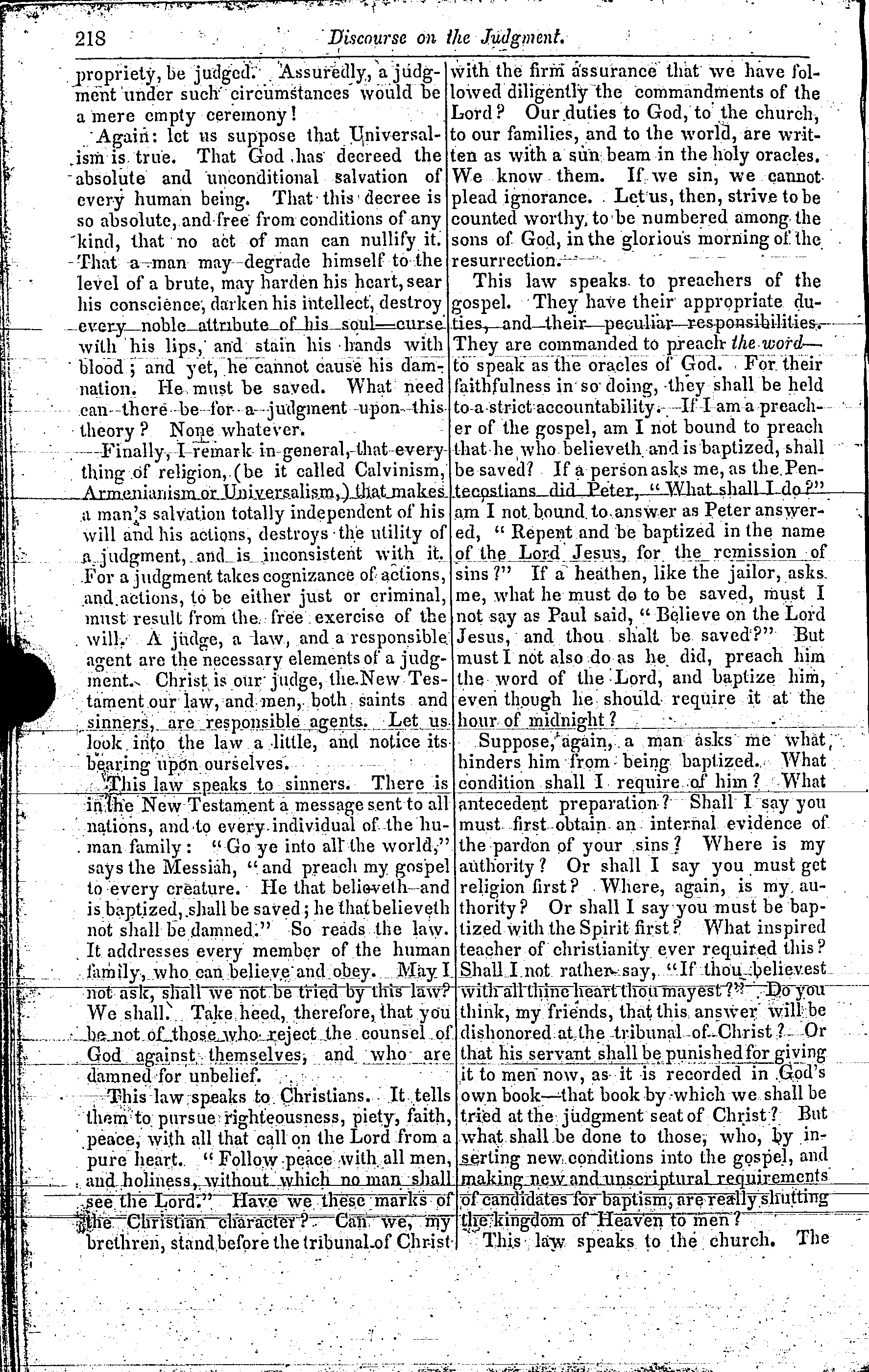 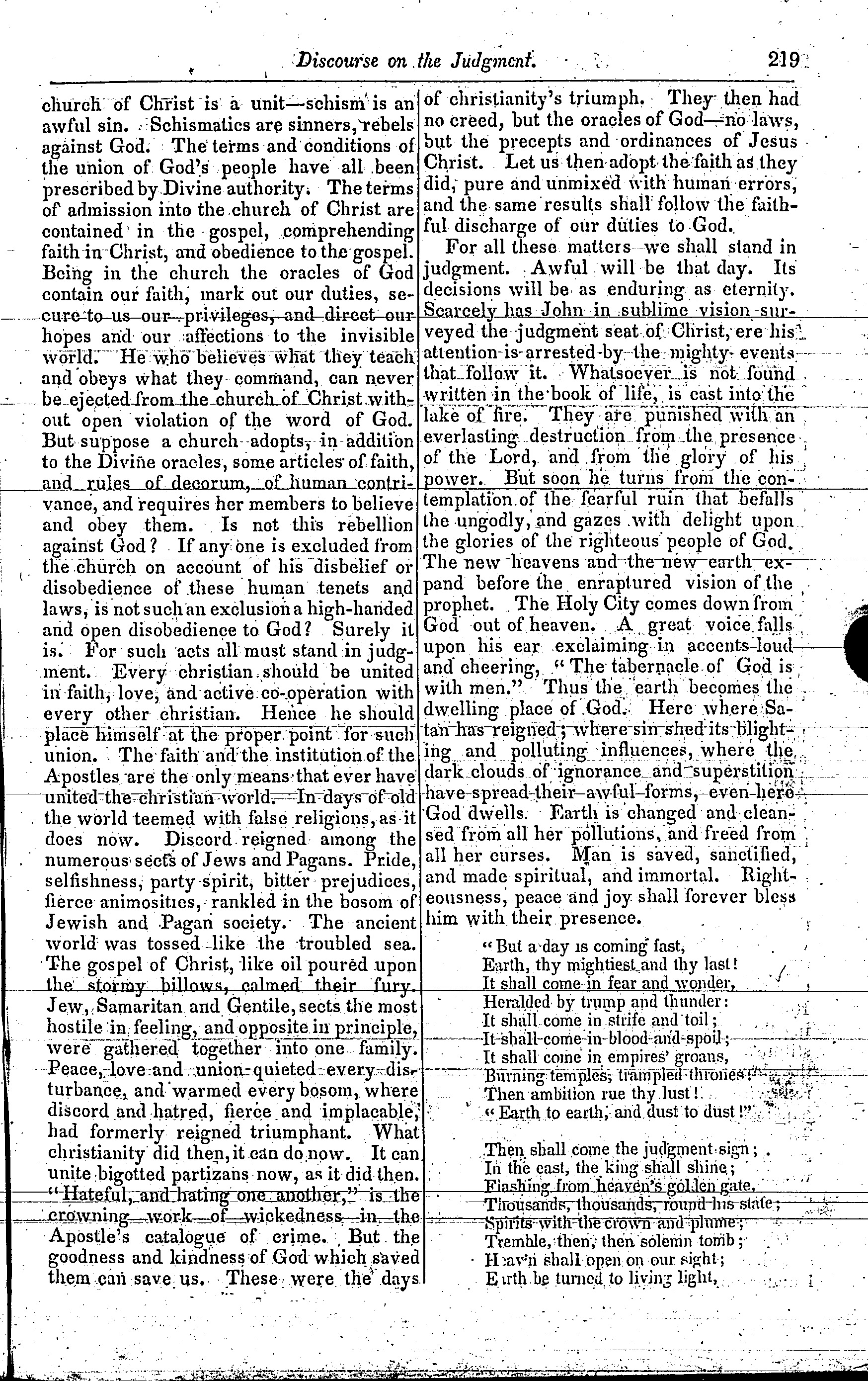 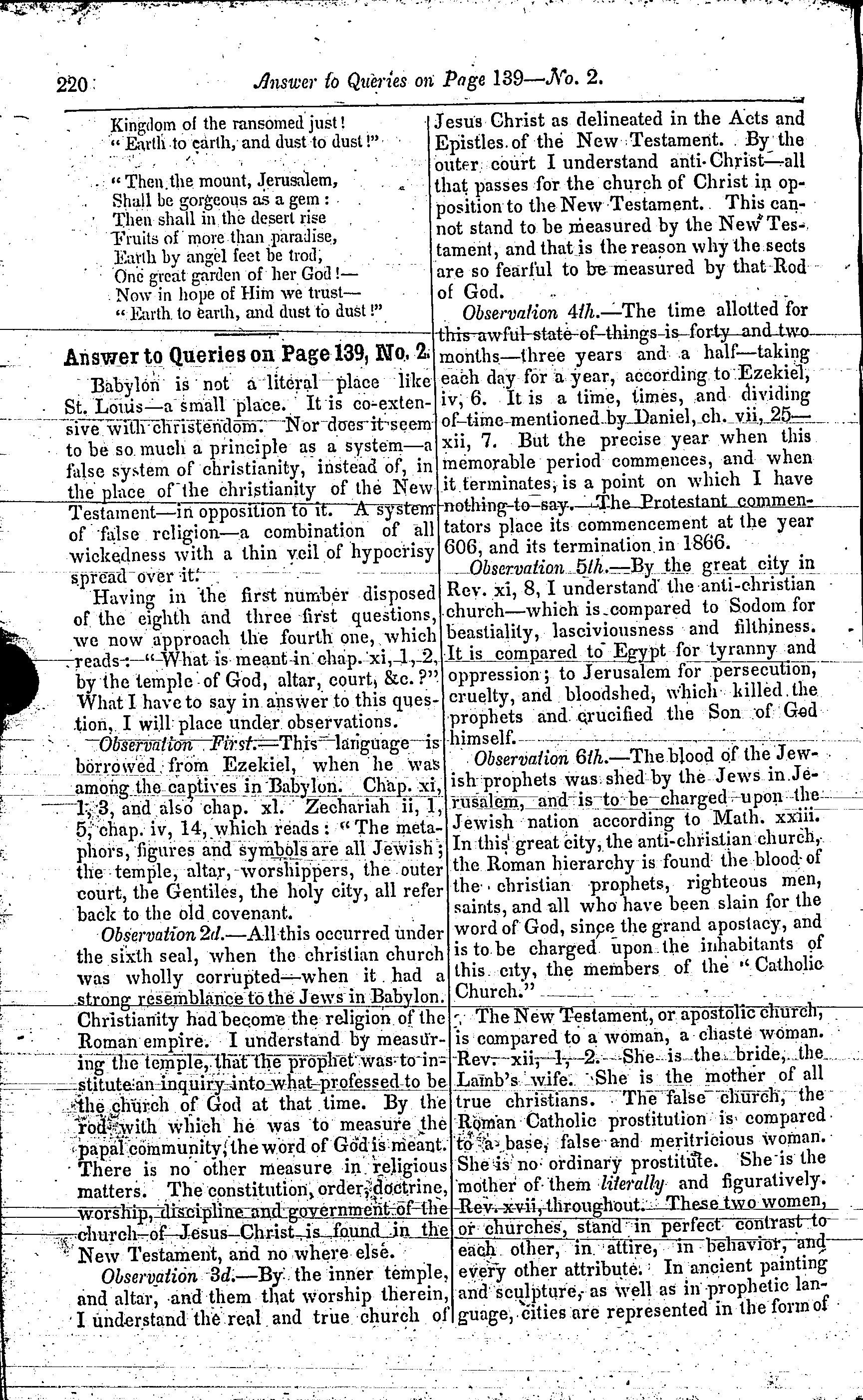 Dabney includes the name of George P. Street with a list of highly esteemed leaders in the RM. 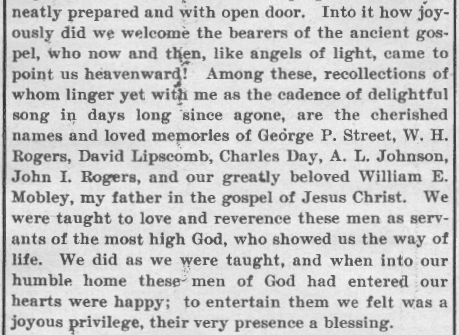 George Park Street is buried in the McReynolds Family Cemetery, southwest of Hopkinsville, Christian County, Kentucky. Located in a heavily wooded area on Hwy. 272, just before crossing over the I-24 Interstate. From Hopkinsville, take Hwy. 272 south (Julian Rd.), and just before crossing over the I-24 bridge park just on the left side of the road and walk into the woods.

Note: If considering a visit to this cemetery, be sure to go in the winter time. When I visited in February 2018 it was covered in thick growth, briars, etc. It even has a tree that has fallen on it. It looks as if the cemetery has been abandoned. Even though most of the graves are from the 1800s, I saw a marker with a death date as recent as 2003. (May be the last time anyone went into the cemetery) The small cemetery is walled, and you will have climb over the wall. There is an entrance with steps jutting out to climb on and over. When entering, head straight back to the back of the wall you climb over to see the grave of George Steel. Also buried here are his wife, children, and McReynolds in-laws. 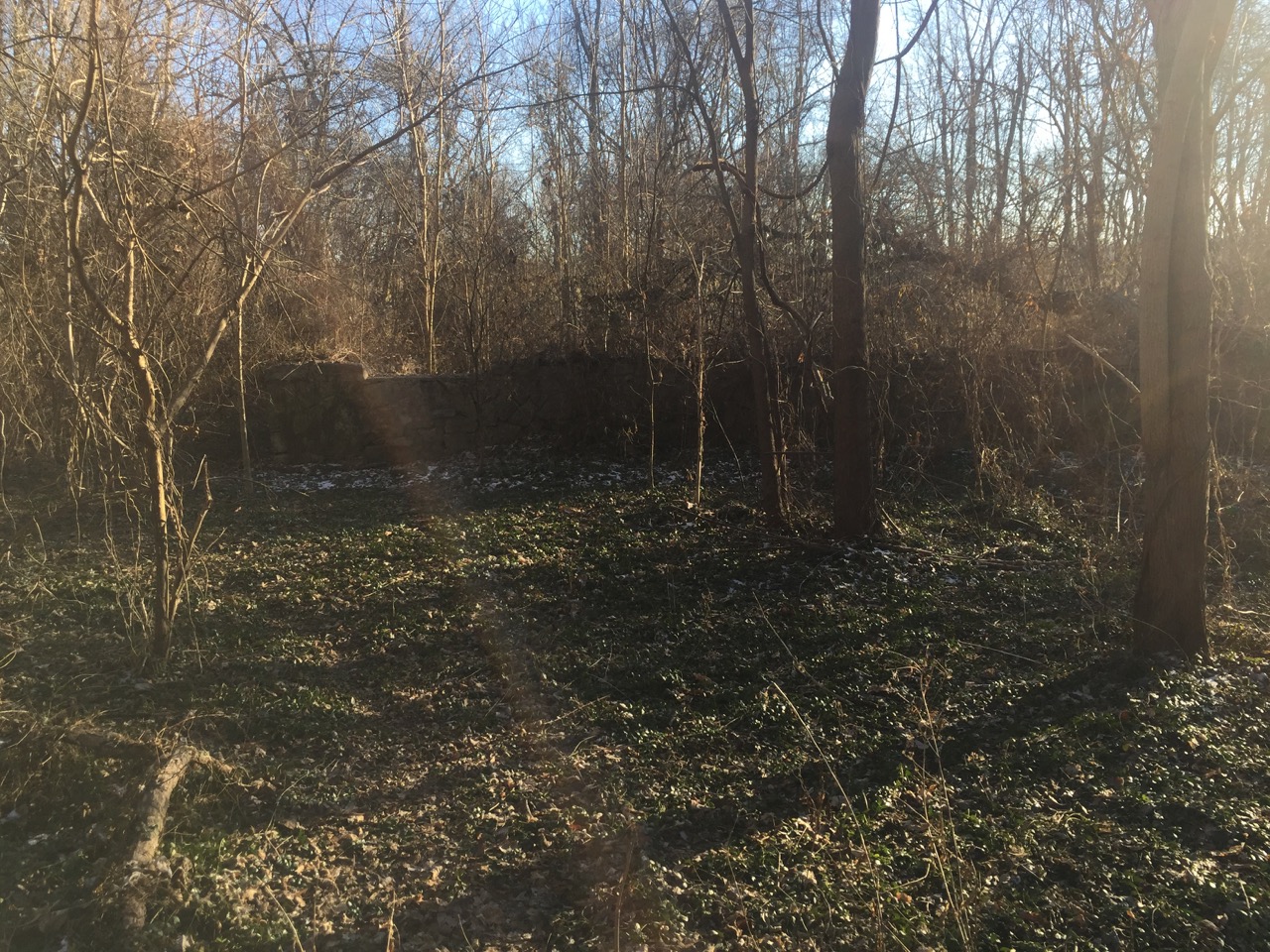 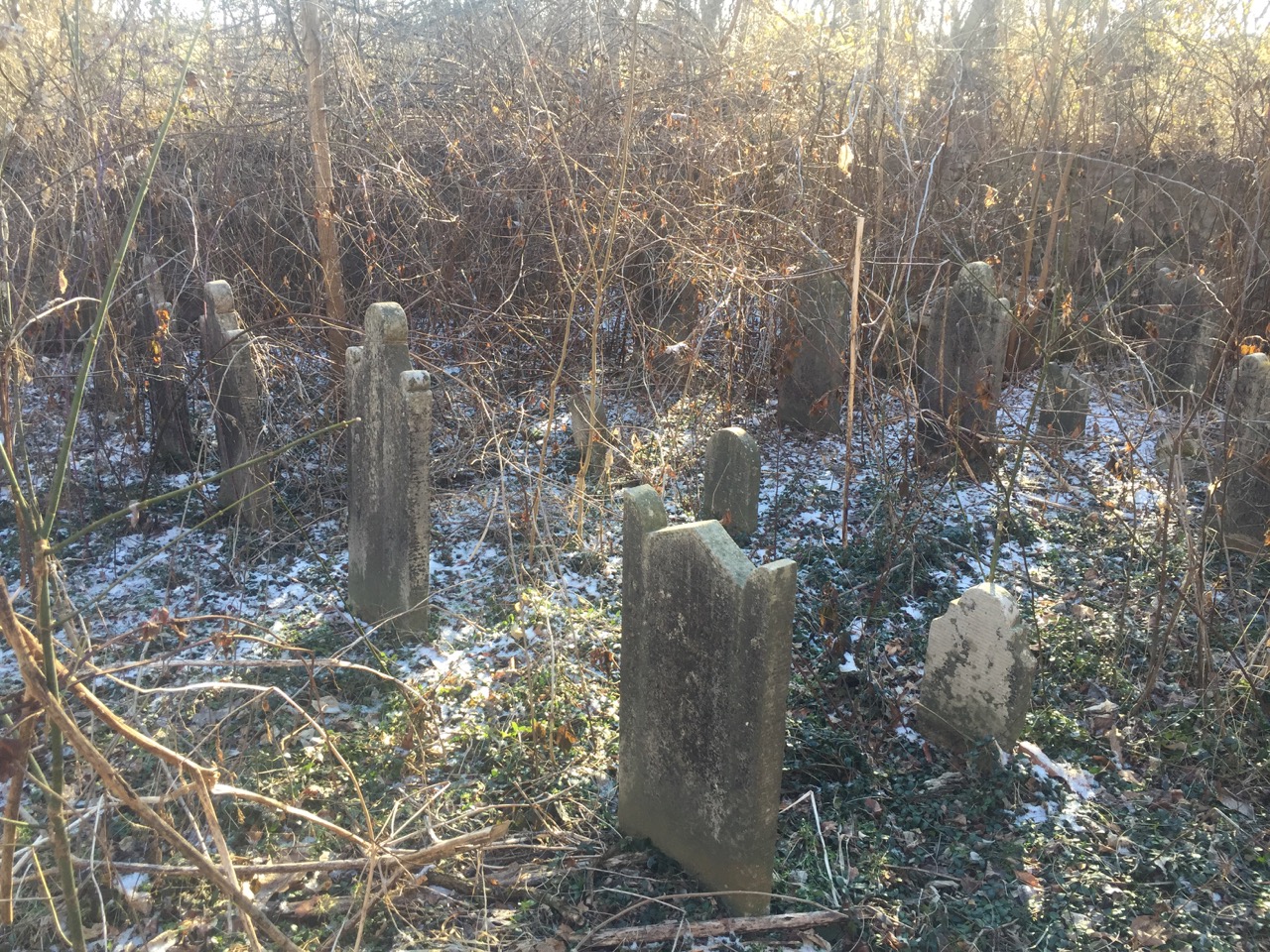 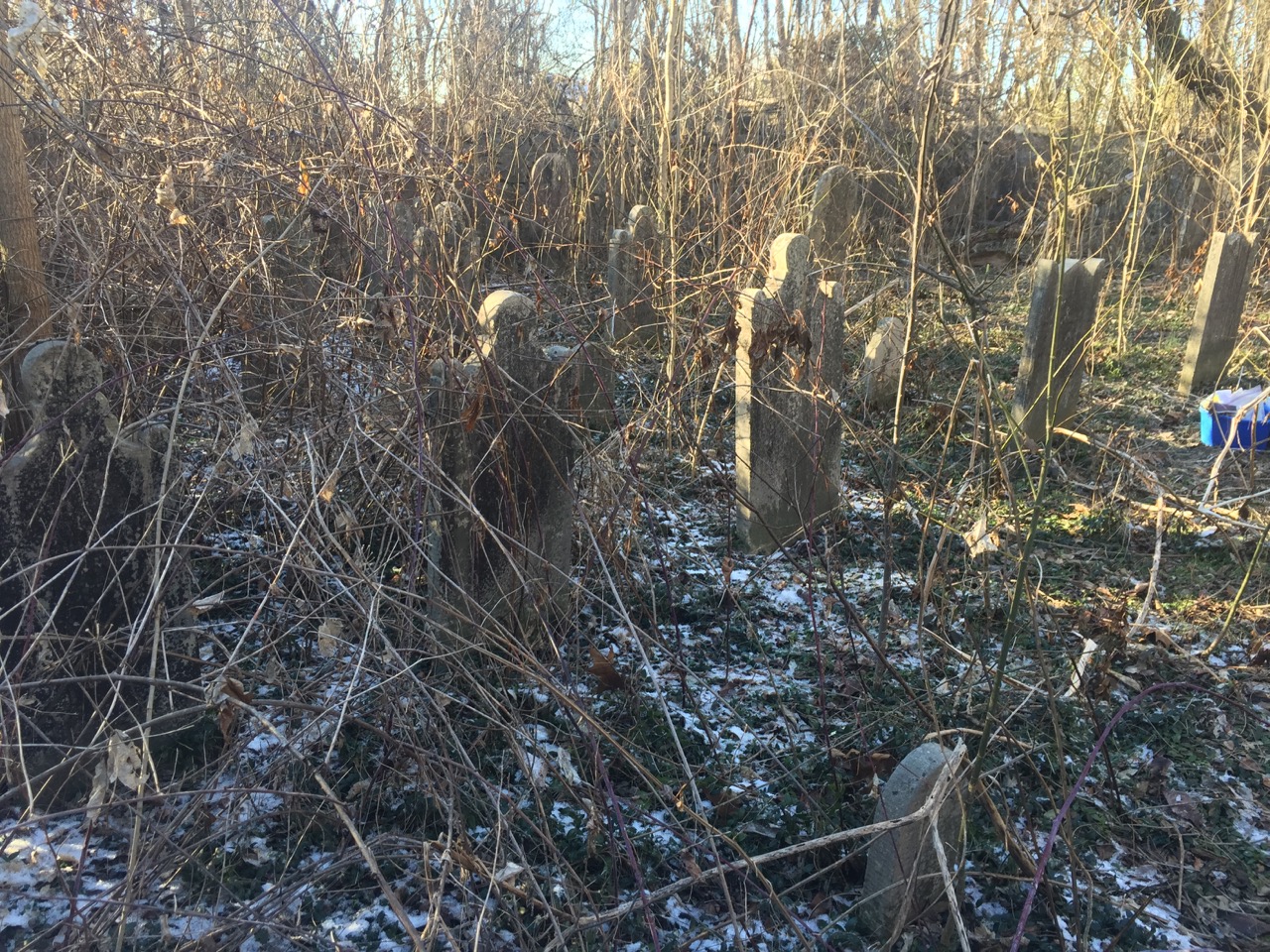 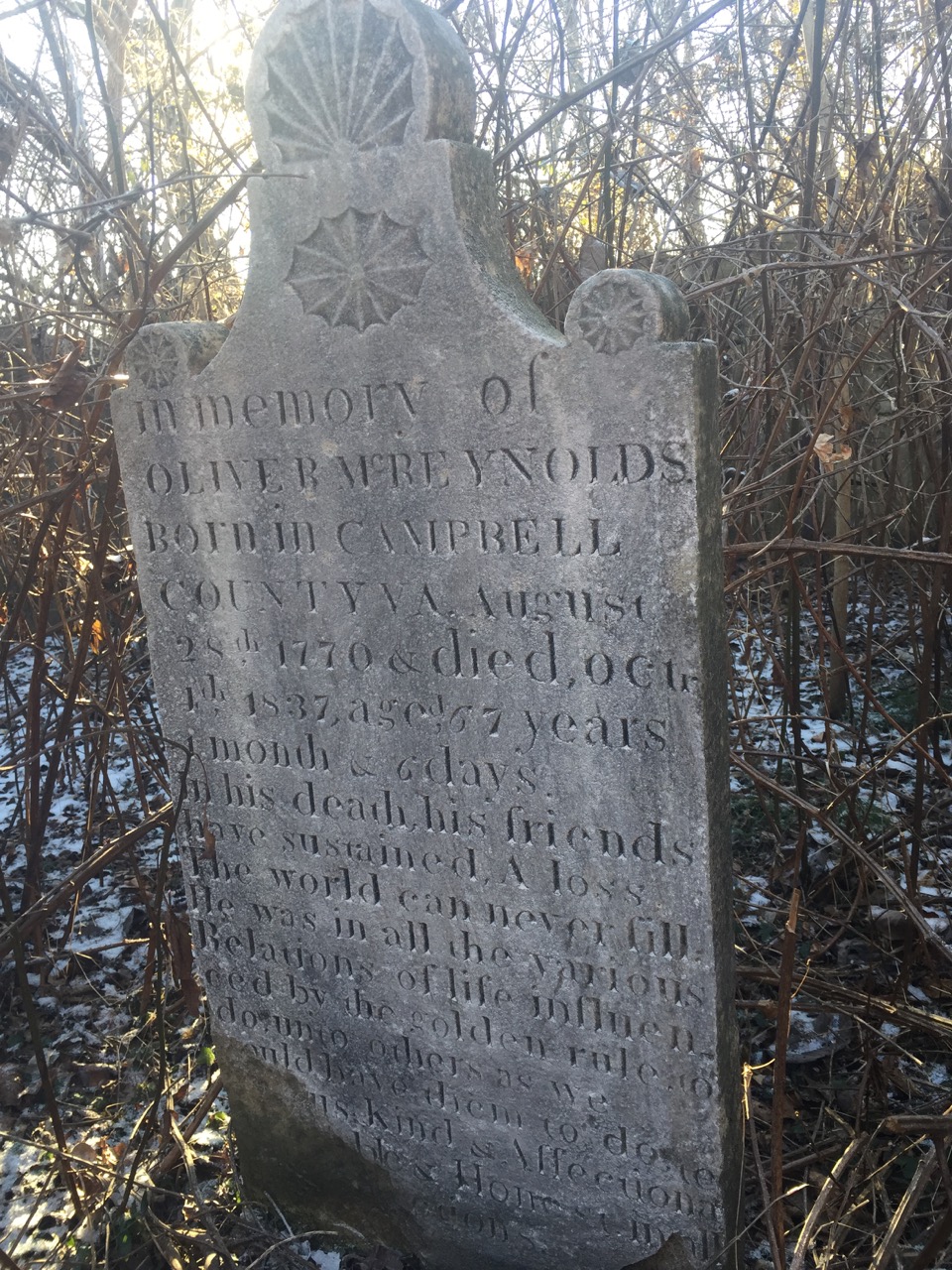 In Memory Of
Oliver McReynolds
Born In Campbell Va.
August 28th 1770
Died October 4, 1837
Aged 67 years, 1 month, 6 days
In his death, his friends
have sustained a loss.
The world can never fill
He was in all the various
relations of life influenced
by the golden rule to do
unto others as we would
have them to do to us,
kind & affectionate
humble & honest in all
his actions.
Note: Oliver P. McReynolds was George P. Street's father-in-law and leader in the church at Concord, Christian County, Kentucky. He was greatly loved, and recalled his kindness and commitment to the Lord's church a generation after his death. 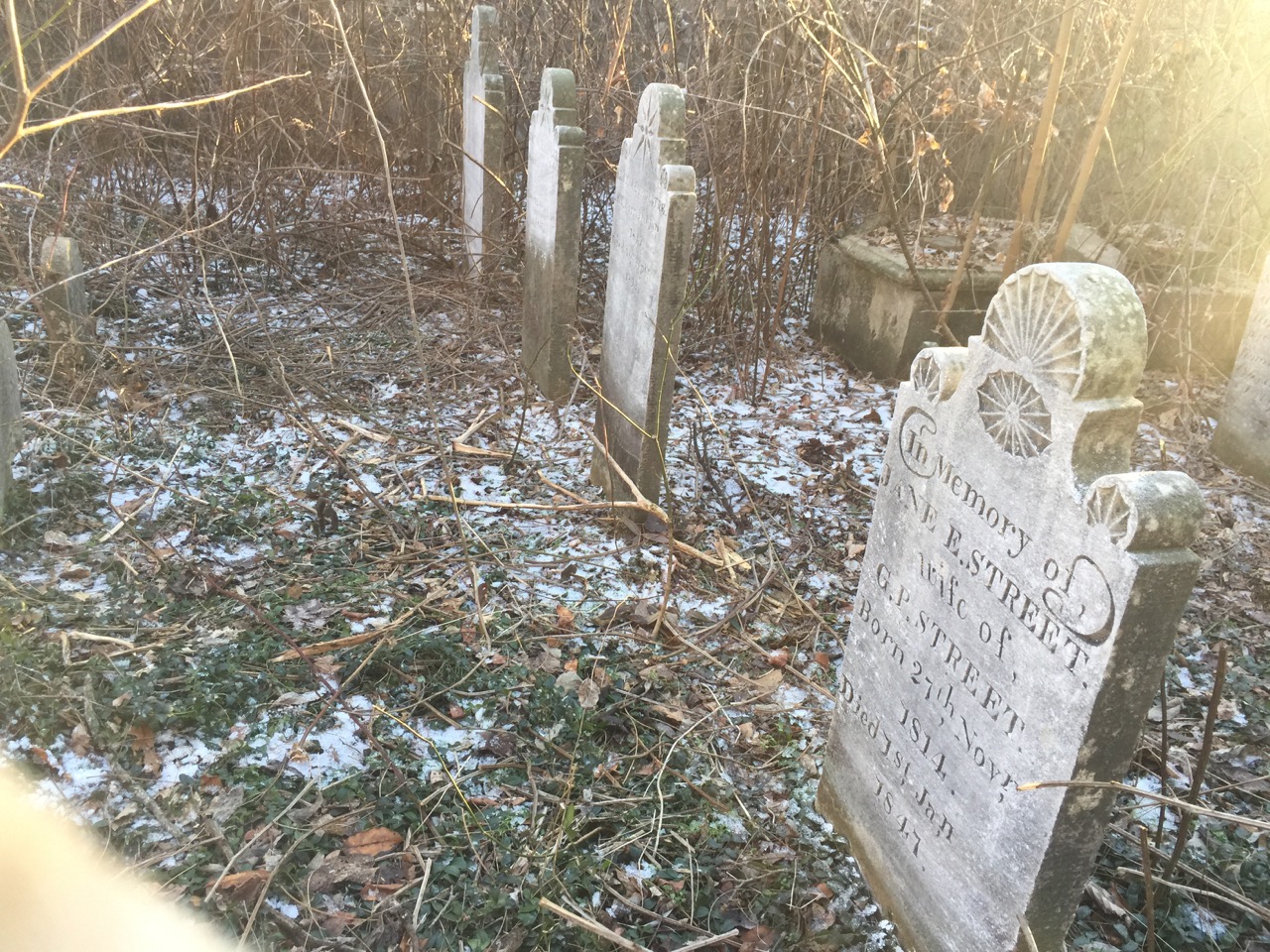 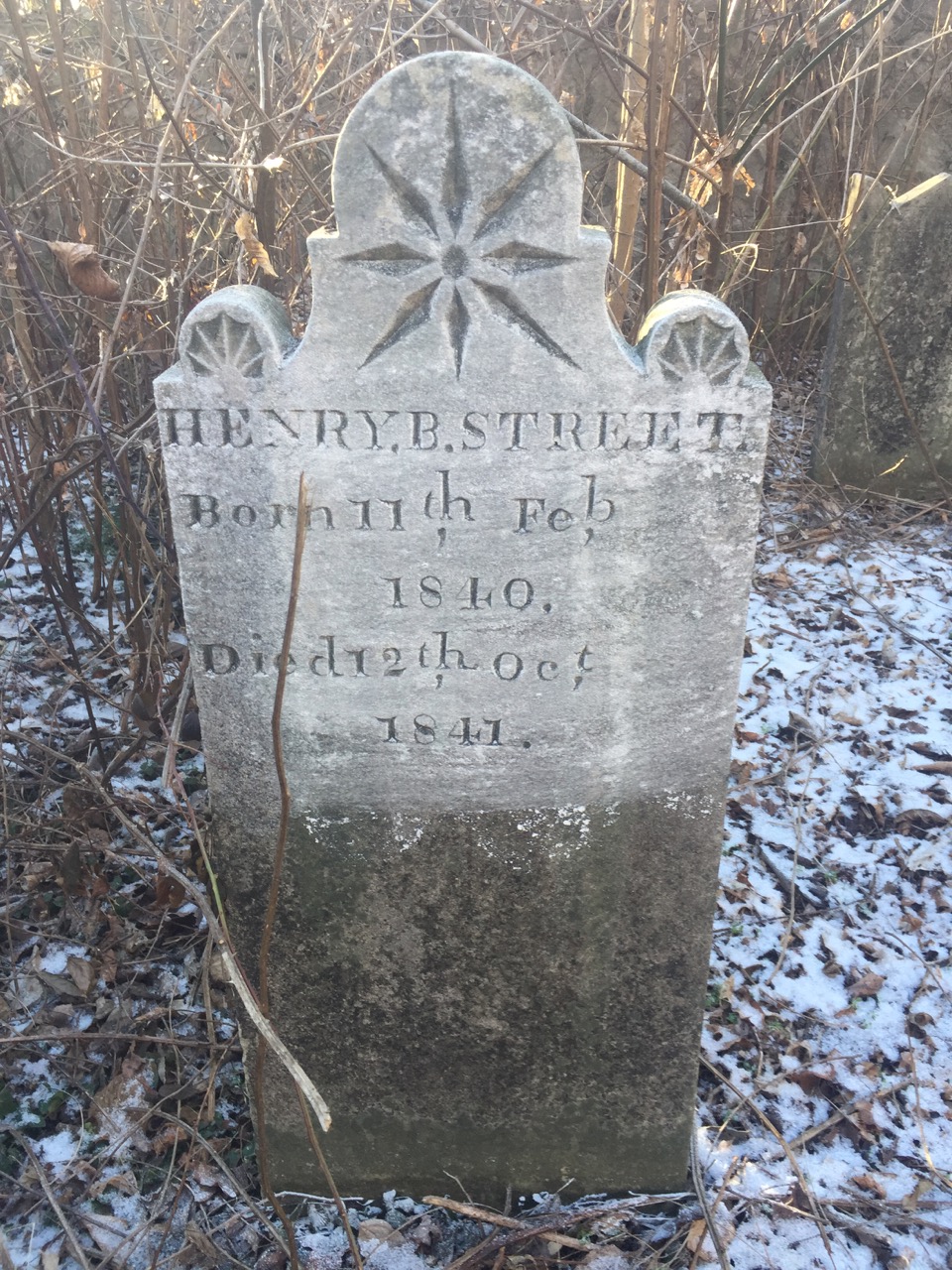 Henry B. Street
Born 11th February 1840
Death 12th October 1841
Note: "Henry B." may stand for "Henry Boone." Isaiah Henry Boone was a preacher of the gospel in Christian County in the early 1830s. He died in 1835 and is buried in Elkton, Ky. Boone was a great personal friend to the McReynolds and Street family. 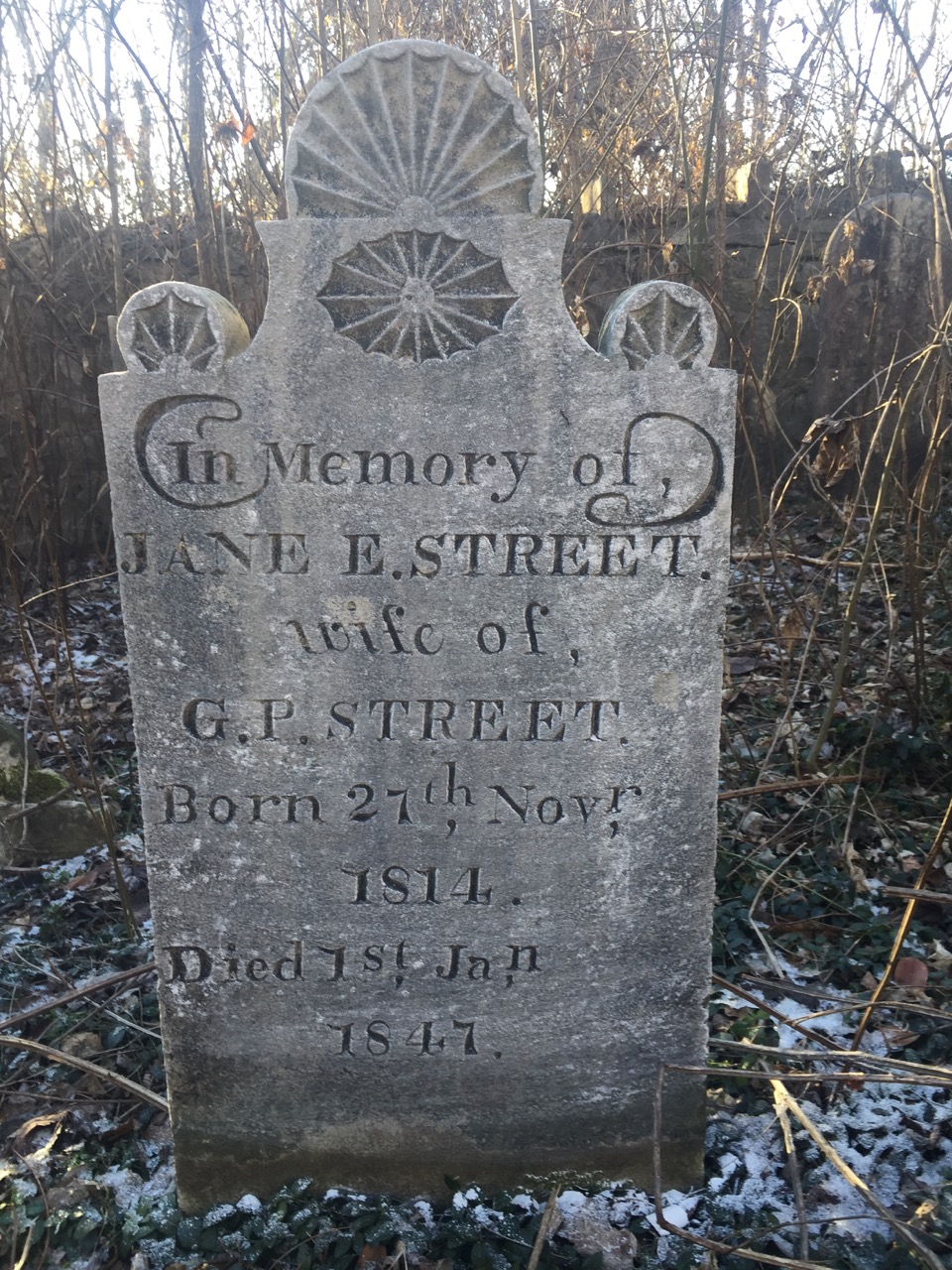 Note: I didn't find the grave of his second wife, Susan Harriett McReynolds Street. She was born in 1821 and died in 1892. She was the younger sister of Jane, brother Street's first wife. (Find-A-Grave) 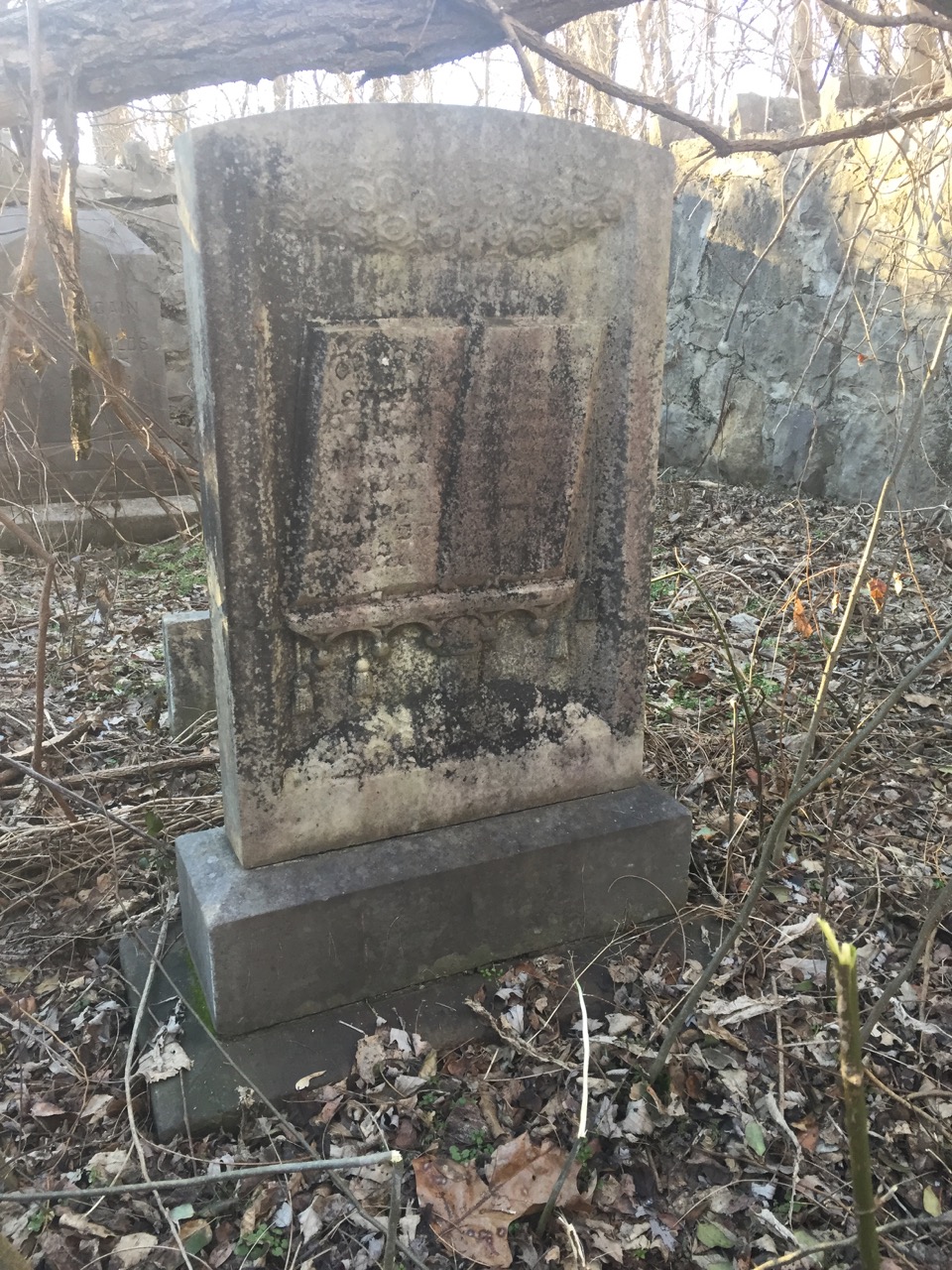 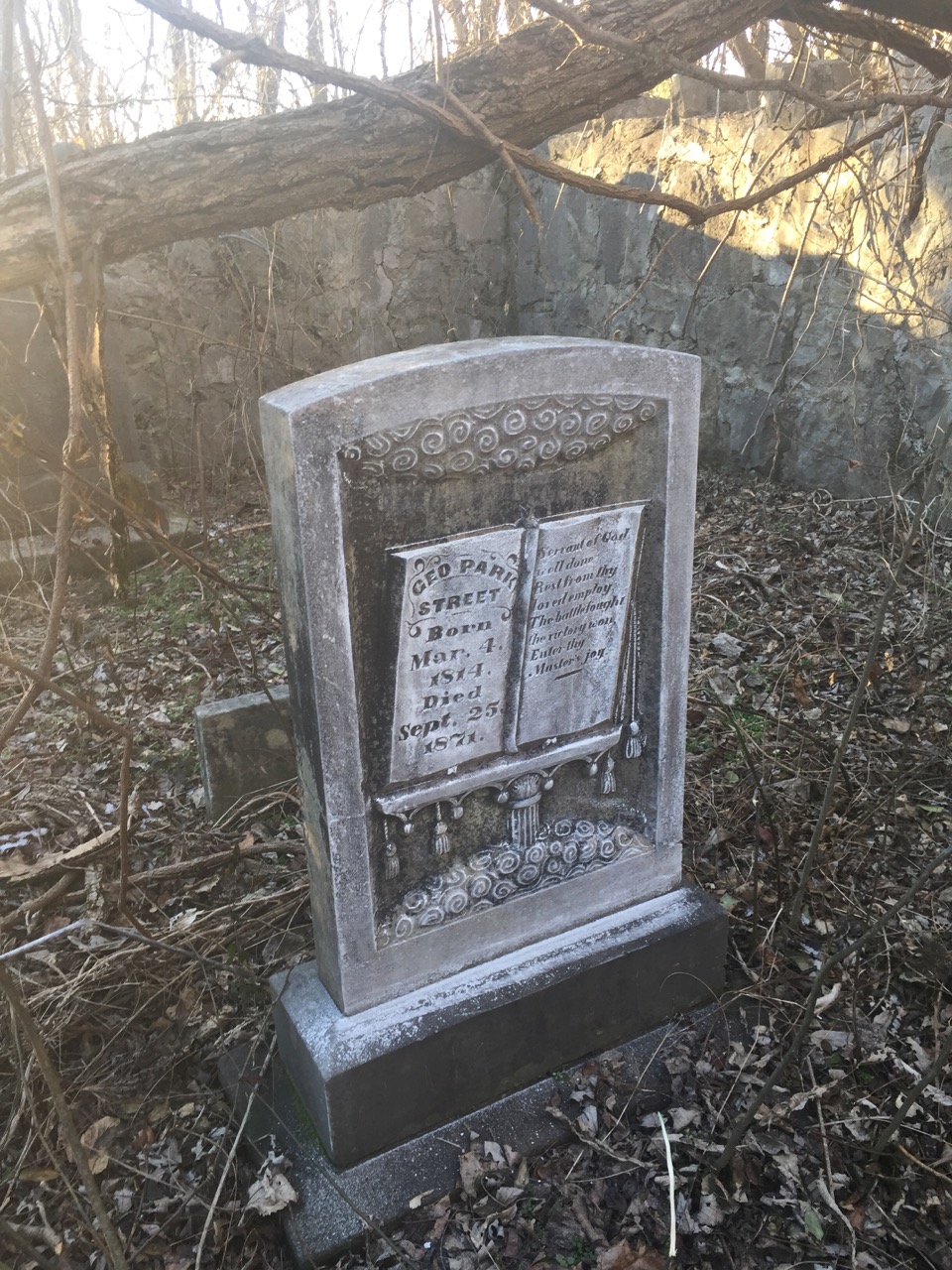 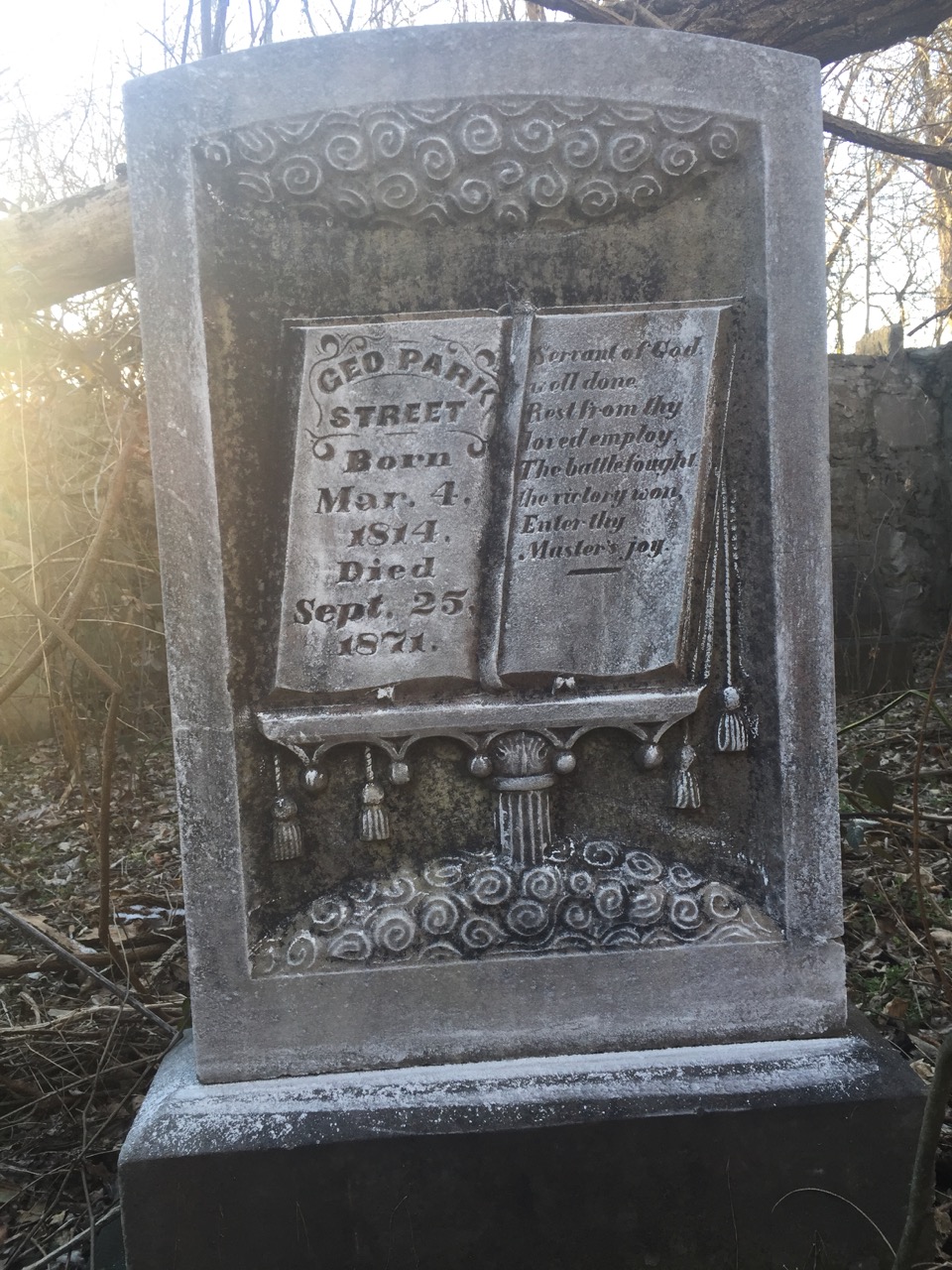