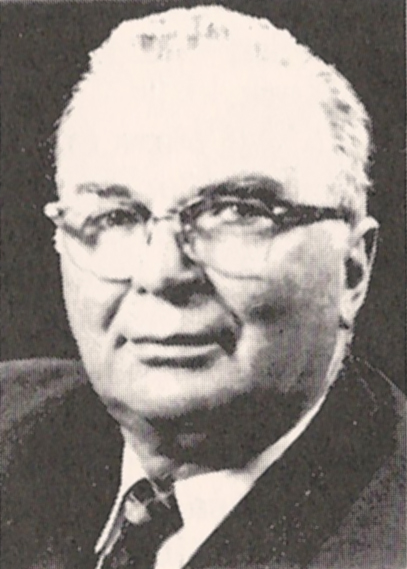 The Life Of Paul Butterfield

Dean Paul Butterfield was born January 2, 1905, at Buffalo, Missouri. His parents were Fred Elmer and Anna May Butterfield.

Paul was baptized at the age of ten. After the death of his father, the second marriage of his mother brought about his being forced to leave home at the age of 15. A young boy out in the world, on his own with no spiritual guidance, he soon lost faith in God.

Having a love for music and desire to become an accomplished musician from childhood, he ventured out in that field. After a number of years of intensive study and hard work and practice, while struggling to make a living, he achieved his goal, becoming an outstanding musician. Before long, he was playing musical instruments in some of our nation's leading bands and orchestras. Eventually becoming tired of travelling, he set up his own private studio for instruction in musical instruments and had a music store.

One day, after reading some of his father's sermons, he came to realize he had not understood what he was doing when a boy of ten, so was baptized for the remission of sins. Although, at that time, he nominally began to follow Christ.

For some time, he did not place much emphasis on faithfulness to Him. Later, in an open air meeting in Doniphan, Missouri, by the preaching of Tommy Kidd, he was brought to realize that he must fully follow Christ. At the same time, his wife and two daughters obeyed the gospel. From that time forward, he determined to preach the gospel of Christ, leaving the field of professional music for the ministry.

In addition to preaching the gospel, he used his talent to teach singing in the church when the opportunity presented itself. He preached over the radio for several years in Wisconsin, Kansas, Colorado, Illinois, and New York. He wrote numerous articles for Christian papers and local daily newspapers. He was an excellent personal worker and Bible teacher and did a great work with young people in and out of the church.

He helped start the church in several places in Wisconsin and Minnesota and worked mostly in difficult areas and areas in which the church was not known-many times supporting his family by doing secular work. He had 148 baptisms, an average of one plus every two months for 22 years. He had 236 restorations, an average of one plus every month for 22 years.

He went on two campaigns for Christ overseas with Ivan Stewart. These campaigns were to Australia and South Africa and he led campaigns in Kansas, Illinois, Pennsylvania, and New York.

At the time of his death, he was employed as Personal Work Director for the church in Lamar, Missouri. He was writing several tracts and, having compiled much material on Jehovah Witnesses, was working on writing a book on the same.

He received awards and trophies in music, art, and history while he was in Iowa, Illinois, and New York. Places where he did mission work were Minnesota, Nebraska, Illinois, Pennsylvania, New York, Australia, South Africa and Canada. He encouraged 25 young men to become preachers of the gospel. On November 24, 1970, at Golden City, Missouri, the Lord released him of the infirmities of the flesh and took him to a better world. Survivors included his wife, Iola Ethyl; two sons, Ronald Paul and Louis Fred; daughters, Gwendolyn Ann Snyder, Ruby Louise Morgan, Kathryn Lee Couser, Leila Jean Rhodes and Julie Lee O'Dell.

Funeral service was conducted at the Lamar Church of Christ in Lamar, Missouri, with Bobby Key and Milton Gleghorn officiating. Burial was in Golden City, Missouri, in the Dudenville Cemetery.

Directions To The Grave of Paul Butterfield 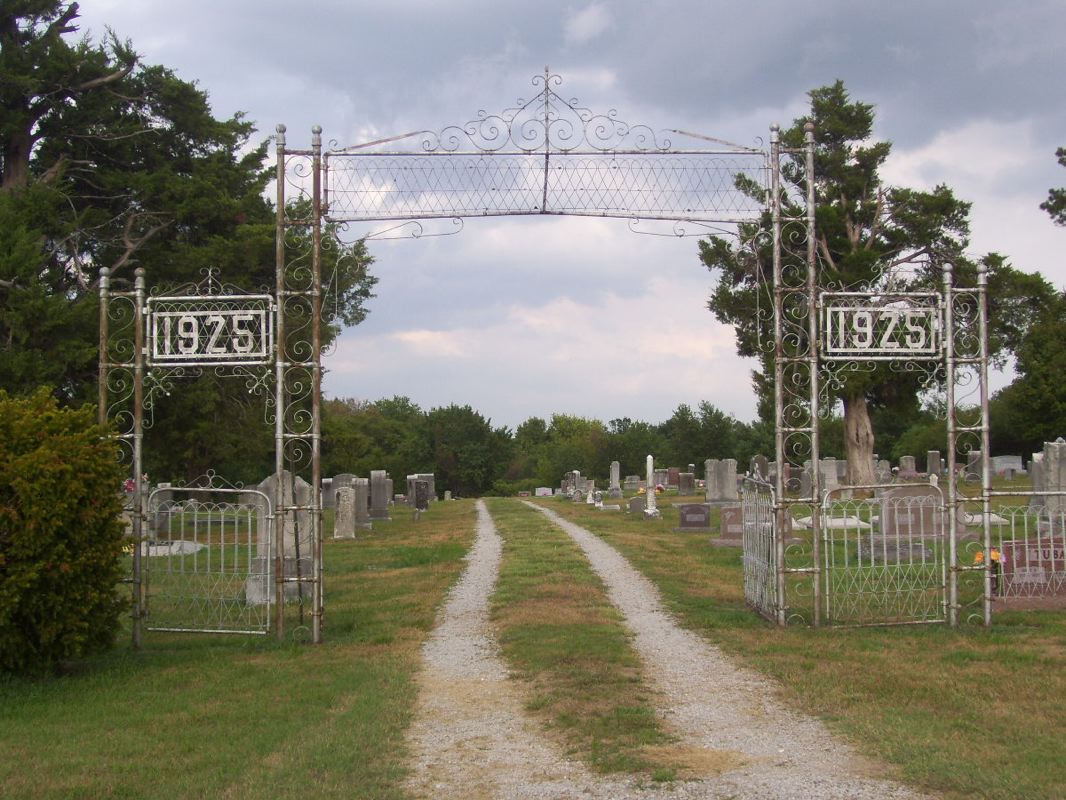 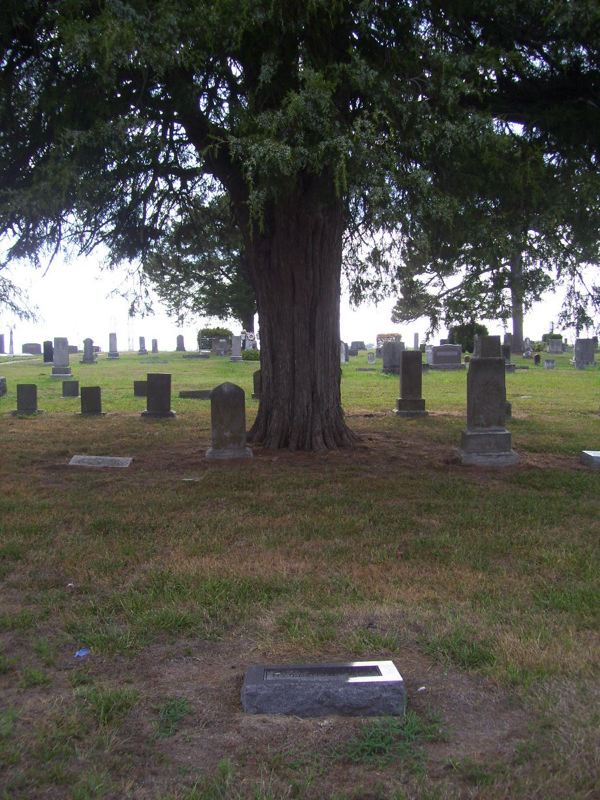 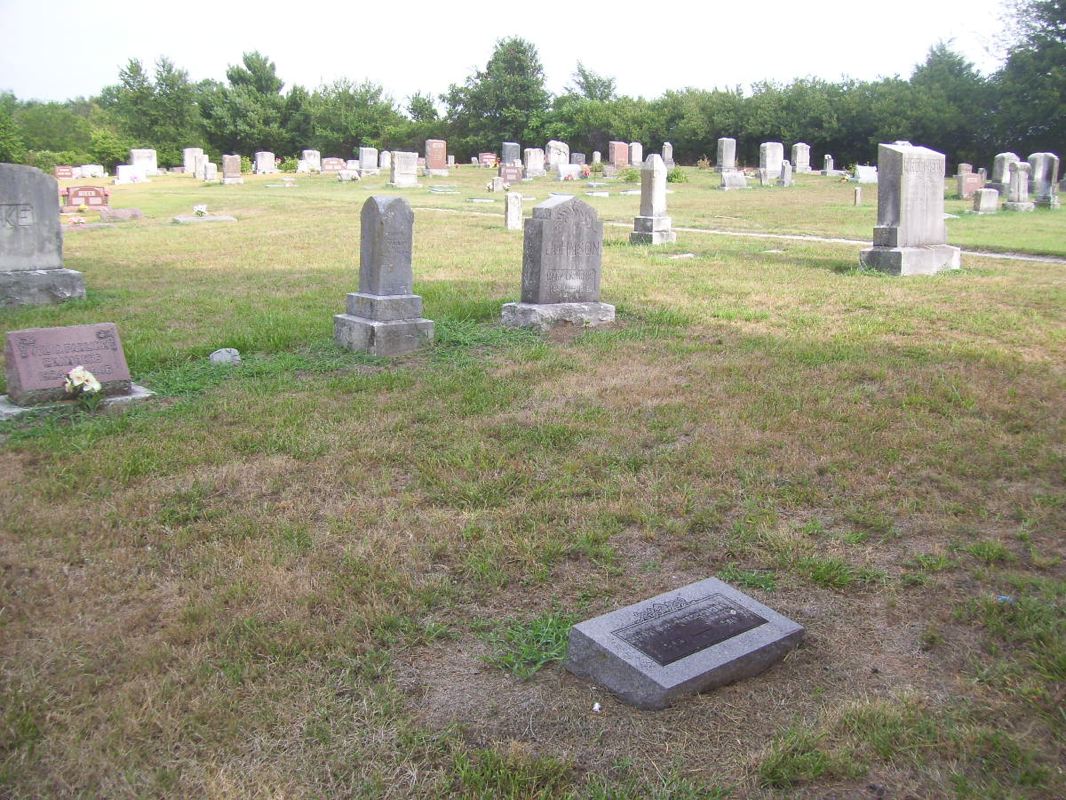 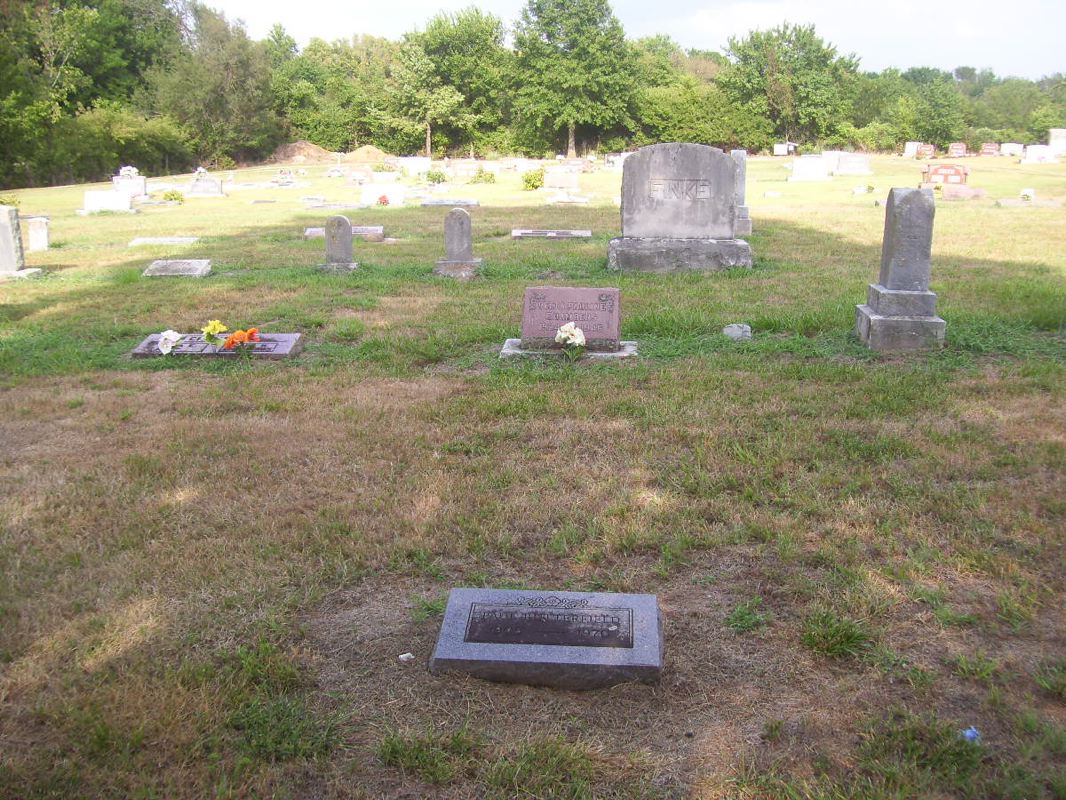 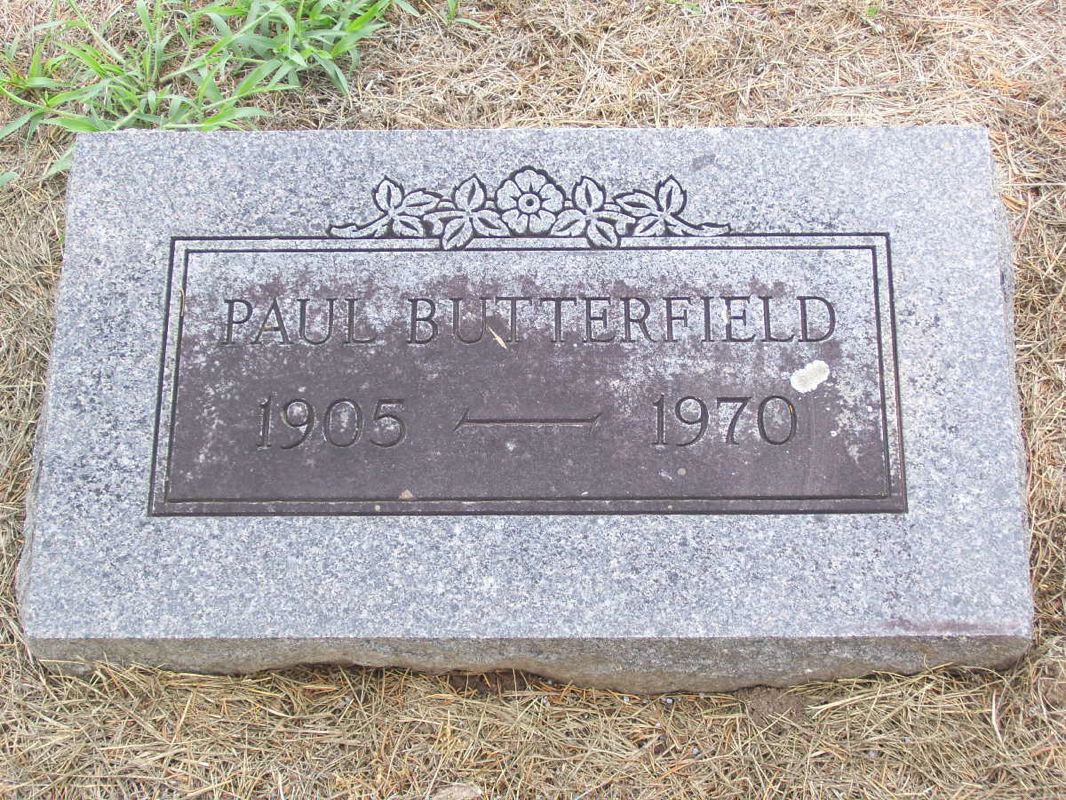 Special Thanks to Doug Osborne, who lives very close to the Dudenville Cemetery. He contacted your web editor back in August, 2011 and asked if he could assist in finding the grave of Paul Butterfield. He not only went out and found the grave, but sent back the great photos of the setting in the cemetery that you see on this site. Many thanks to him for helping us locate the final resting place of this good man of God.