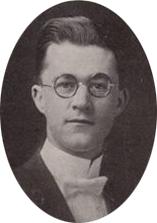 The Life Of A.E. Freeman

His parents were devout members of the Baptist church, and he grew up in that environment. His father was known throughout the community for his devotion and prayers, often being heard in prayer for quite some distance by his neighbors. His father was a farmer, working a rough hill side farm, and so his children learned in early life what hard work was all about. He attended the public schools until he was nineteen years old, and soon began to teach. He continued in teaching work until he was about twenty eight years old. When nineteen years of age he heard the gospel preached in it’s original purity without the mixture of denominationalism, and obeyed it. A few years later, at the age of twenty five, he began to preach the gospel in his home community at the White Oak church, and soon was preaching in neighboring places, such as Red Boiling Springs. Throughout his long and useful life he led many people to The Lord, including many of his relatives, but we have no information about his parents in this respect. He was married to Miss Sarah Bray in 1884. Five children were born to them. She passed away in 1900 and in 1902 he was married to Miss Vena P. Bray, sister of his first wife. The second wife was a good mother to her sister’s children. She never bore any children.

His first preaching was in the country school houses such as we have mentioned, and places he described as “backwoods places.” He had a mercantile business, which he operated, and he always managed to preach on Sunday and held many meetings, He did some debating, though we have no specific information about this. (Most preachers of his day had to debate their cause.)

Brother Freeman was one of a large family, and his people did what their parents had done before them, they kept “pushing West.” In 1882 two of his brothers, Dr. Wiley H. and William H. moved to Gainesville, Texas, where they stayed for about twenty years. In 1901 A.E., Jr. moved to Floyd county Texas on the High Plains to send his children to the Lockney Christian College which had been established there in 1894. We have no information about whether or not he stopped somewhere enroute from Tennessee to West Texas, but about the same time he made this move, his Brother, Dr. W.H. also moved there from Gainesville. (There was a tendency for the family to stay close together.) By the time this move was made to West Texas, A.E. had become a very capable and well known preacher. He was kept busy in the Lockney area. He also owned and operated a lumber yard in Lockney for the support of his family. They stayed in Lockney for six years, moving in 1907 to Cordell, Oklahoma where the Cordell Christian College first opened it’s doors that fall. About the same time Dr. W.H. moved his family there, and at least some of their children attended the Cordell school. He lived near Cordell for some years while he farmed and preached and sent his children to the Cordell Christian College. His preaching took him all over the area, and I remember hearing him many times as a child at Rocky and Sentinel. Of course I do not remember much about his preaching, but I do remember quite well his pleasant disposition and kind face. Also that the “grown folks” thought very highly of him, both as a man and as a preacher. One incident that I remember hearing them talk about related to a meeting he held in Rocky. At the close of the last service my father took him home to his farm near Cordell. The Rocky brethren gave him a check for the meeting, and he did not look at it until after he got home. Some of the “grown folks” seemed to think this indicates that he was not preaching for money — a very good sign! 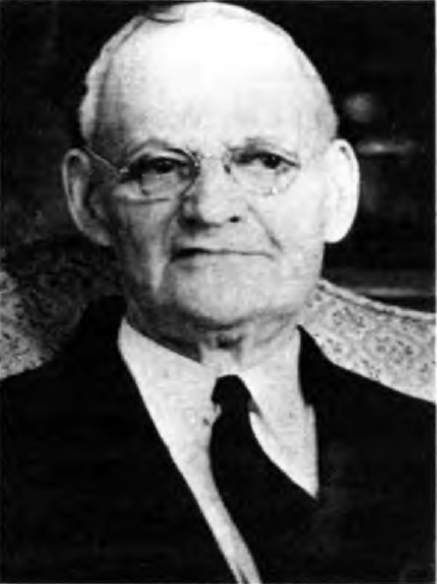 He moved from Cordell to Guthrie where The Church was small and struggling for it’s existence. He preached for the Guthrie church for a number of years, and while there lost his companion. From Guthrie he moved to Commerce, Texas, where he continued to the end. At Guthrie and Commerce were the only times he did what we now call “local work.” Before that his work had been gospel meetings and Sunday appointments. This work took him over much of Tennessee, Texas, Oklahoma, Kansas, and other places. He published some sermon outlines, The Bible, our Guide, and Christian Soldier.

One of his sons, Dr W.W. Freeman (Webb) was a gospel preacher and school teacher for many years. For twenty five years he served as a bishop in the Commerce church, while teaching in the state college there. He passed away in 1954, being held in high esteem by those that knew him. Only one of his children survives to this time, Mrs. J.S. Bell (Hassie Anne) (May, 1976).

Brother Freeman lived to the ripe old age of eighty one and continued in good health to the end of 1944. His body sleeps beside his companion in the Guthrie cemetery. Of this man it can be truly said: “Blessed are the dead who die in The Lord. . .”

A number of times we have mentioned that many of these early-day preachers made great effort to get their children into a school where the Bible was taught. Surely that ought to say something to those who now have children to educate. It also says something of the responsibility resting upon those who teach and manage such schools.

His works will follow to the end, for they were good.

-Loyd L. Smith, Gospel Preachers of Yesteryear, pages 149-151; First appeared in The Christian Worker, May 1976 Note: This is a timed piece. Some of those enlisted as living may be now deceased.

Directions To The Grave of A.E. Freeman

A.E. Freeman is buried in the Summit View Cemertery in Guthrie, Oklahoma. Guthrie lies north of Oklahoma City off of I-35. Take I-35 to Exit 157/ Hwy. 33 and head west. Turn right on N. Pine Street. Go less than a mile and the cemetery will be on your right. Enter the main gate and go to your left. Just as a hearse lane enters the drive to your right, look further into the cemetery for three markers side by side, that have the cathedral arch shape. This will be the Freeman family plot. While in the cemetery be sure to visit the grave of another gospel preacher, William S. Speer. 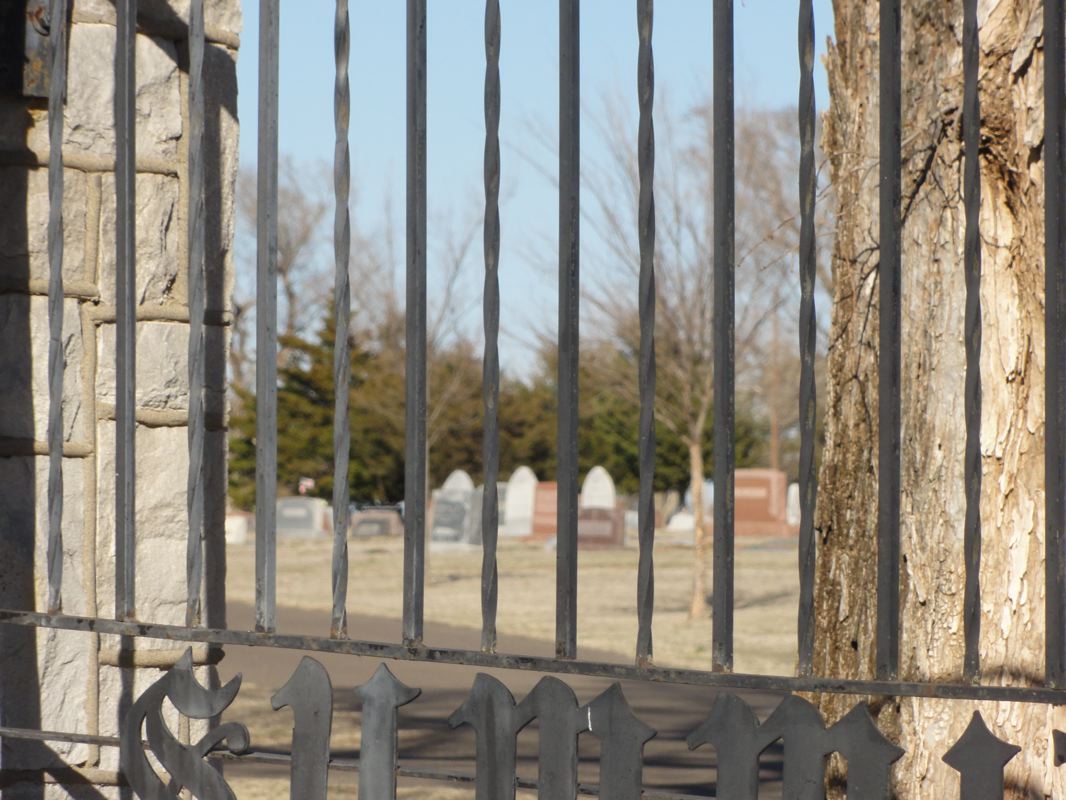 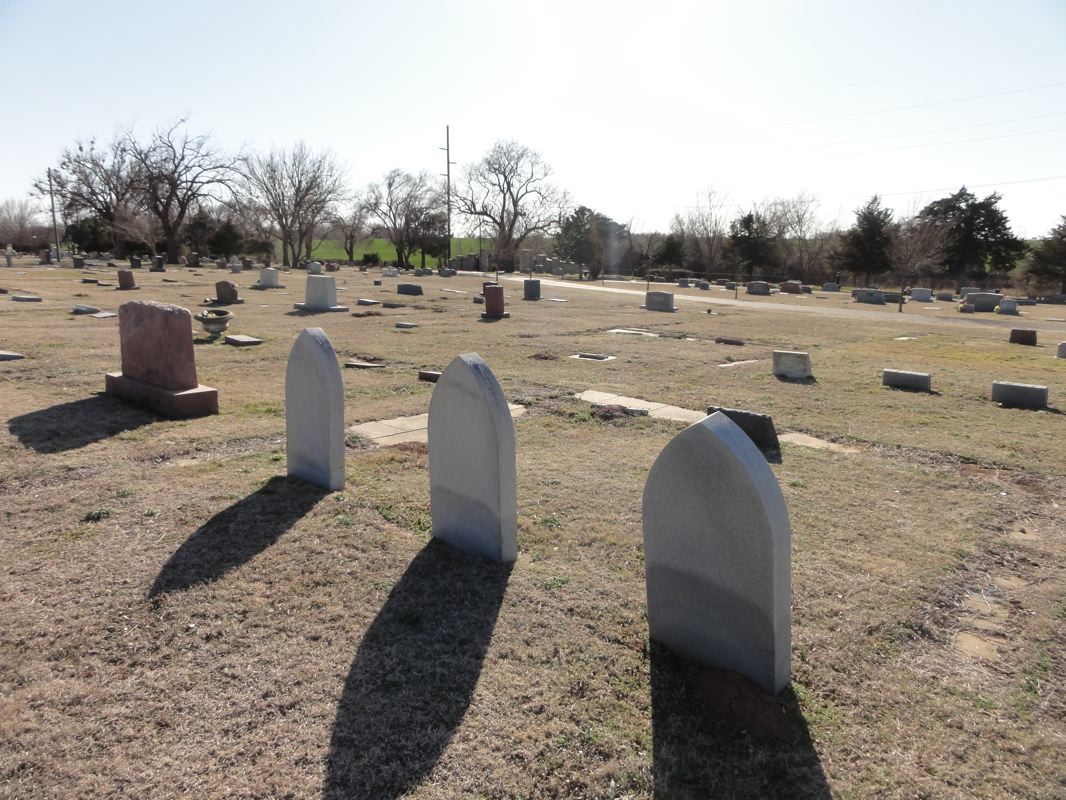 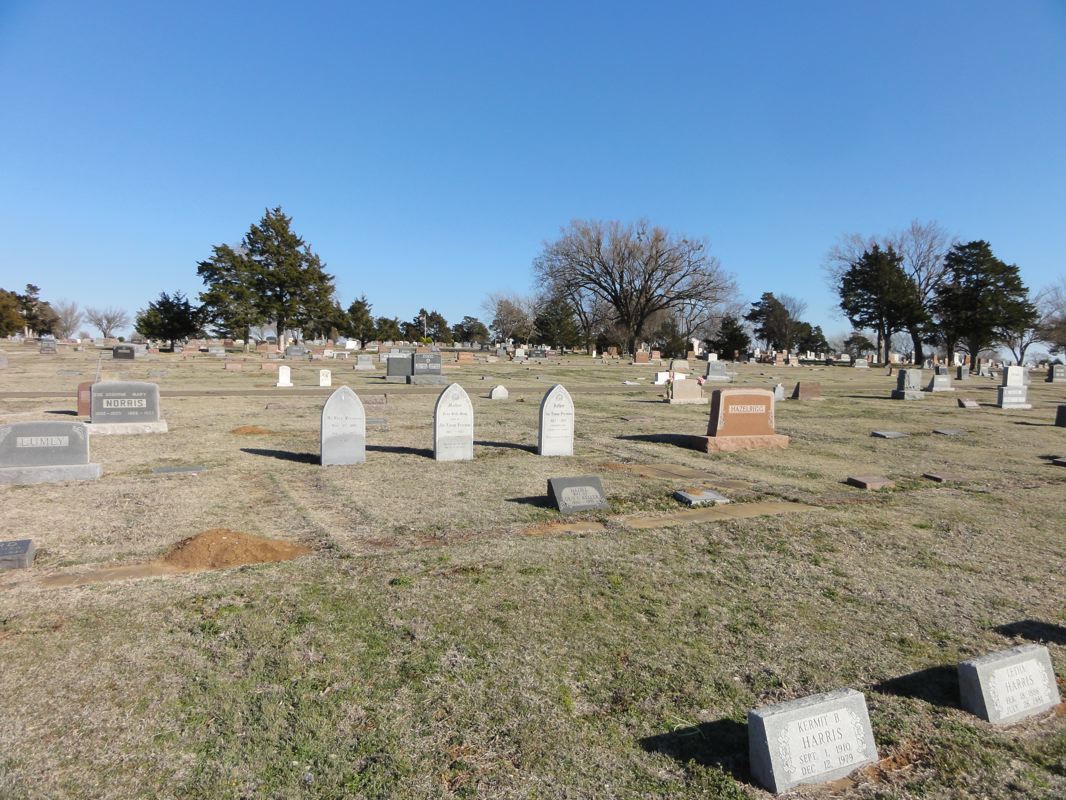 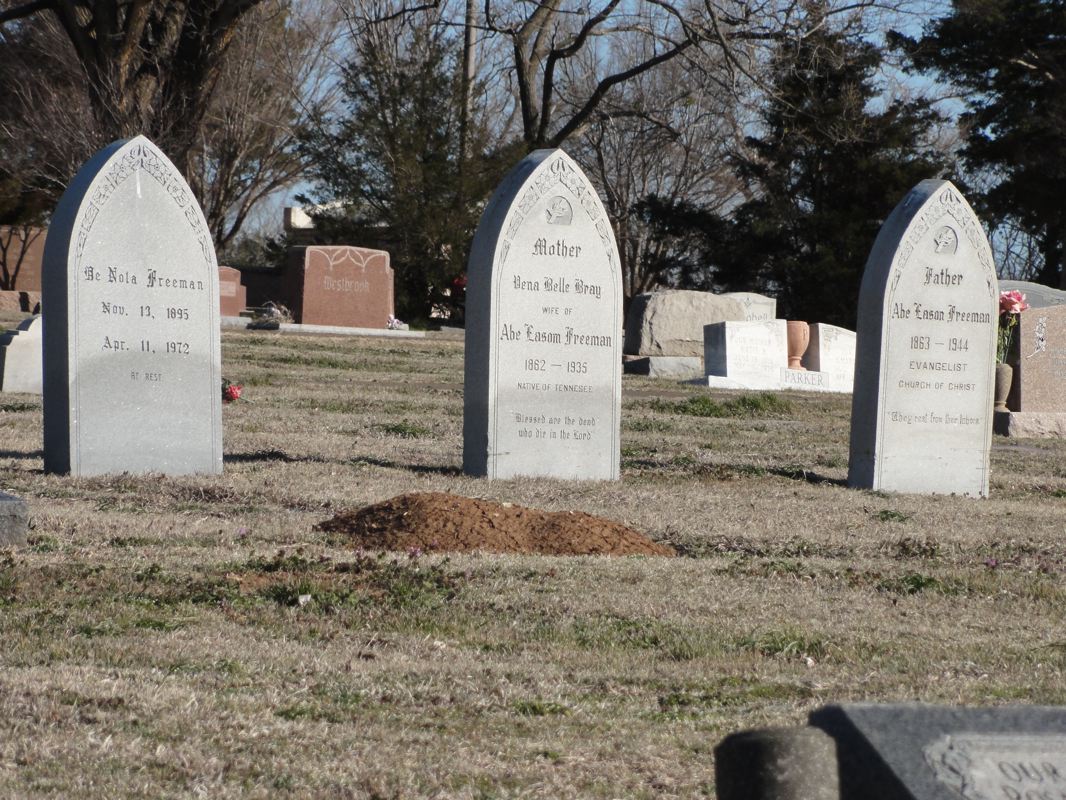 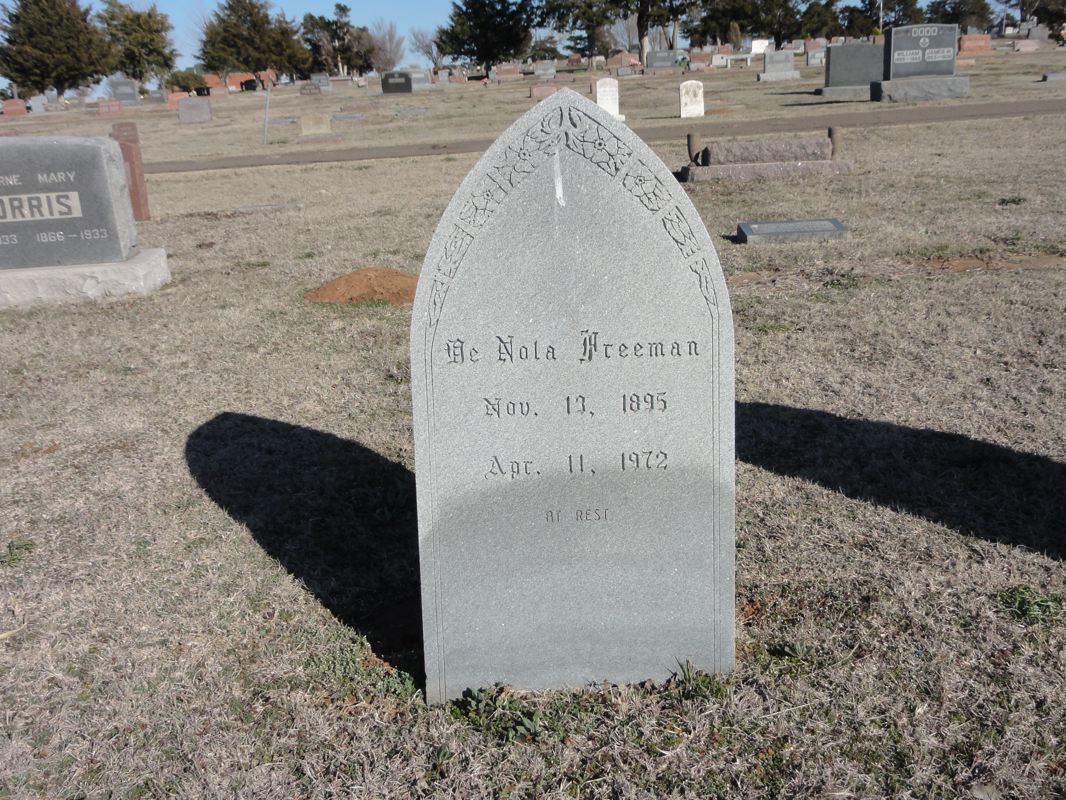 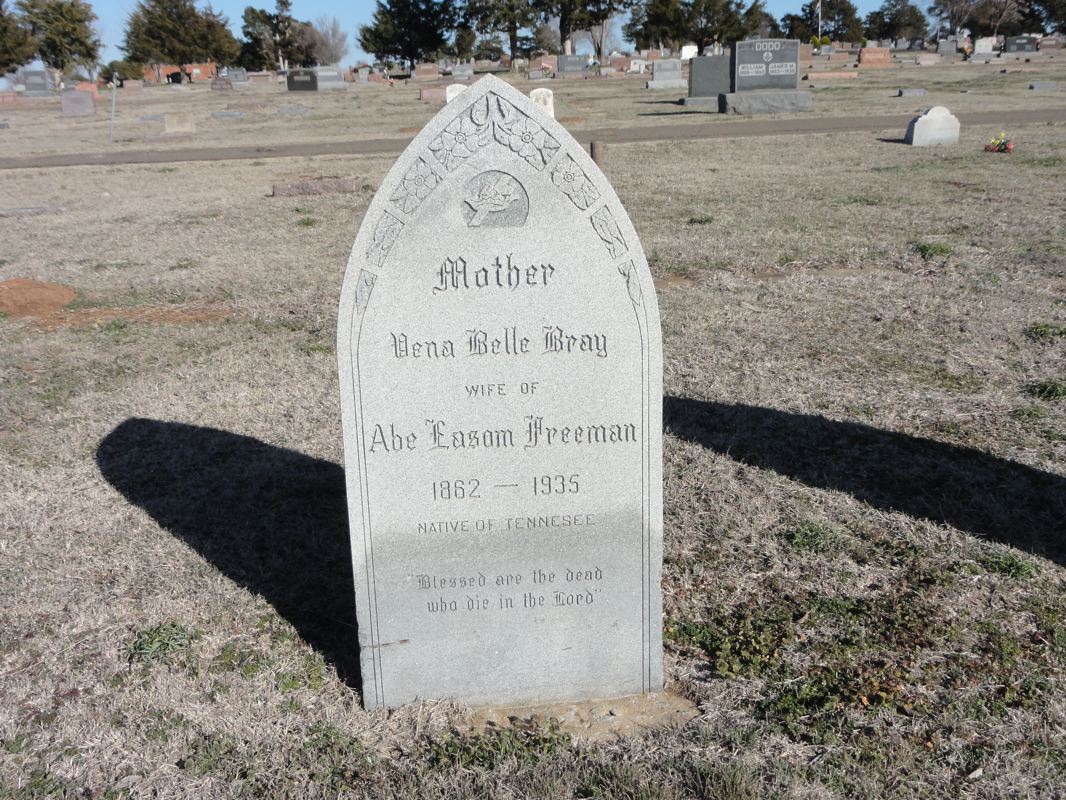 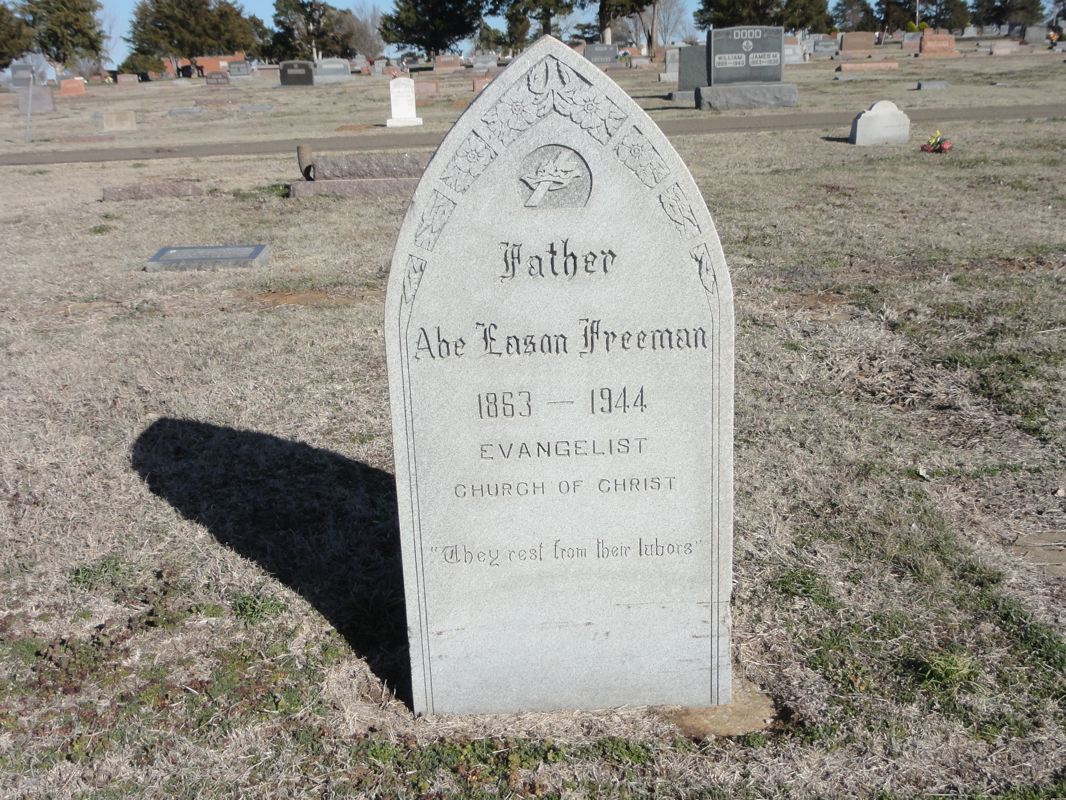 Web editor note: In February, 2012, it was my privilege to visit the grave of A.E. Freeman. I was invited to take part in the annual Affirming The Faith Lectureship in Oklahoma City, Oklahoma. Getting into the area early, I was afforded the opportunity to put about 2000 miles on a rental car in order to locate graves of gospel preachers and church leaders of yesteryear in a wide area. My seventh day I was able to visit the grave of A.E. Freeman.