We can scarcely realize that he is gone, yet the sad reality is forced upon us. I last saw him at the depot in Rockwood in May 1888 where he and Bro. Brown had gone to assist me on the train. I was very, very sick with malarial fever, he in the vigor of youthful manhood—now he is dead and I, on my sixty seventh anniversary birthday am writing his obituary.

His boyhood was spent on a farm, while his father was from home most of his time preaching the gospel. The son was baptized by our lamented brother W. Y. Kuykendall, and united with the home congregation at Cold Spring. For this congregation he held a protracted meeting including the fourth Sunday in last August which added fourteen members to the saved.

His father died in September 1877; and in February 1879 his mother with three sons, S.A., J.D. and John moved to Spencer, and the three boys entered Burritt College of which I was then president. I gave him the position of Bellman, the duties of which he faithfully performed, thus paying, mainly, his own way through college. While he prosecuted his literary course he was also a member of my Theological class of young men who were preparing for the ministry. With one exception that class was composed of stout healthy young men, yet he is the fifth who has already crossed over the river.

He graduated in Burritt College in July 1883. In the spring of 1884 he went to Hampton, Ga., where he taught school and preached occasionally. In 1885 he quit school teaching and entered upon his life’s work as a preacher. He preached that year for the church in Griffin, Ga., and held some very successful meetings in various places in Middle and Southern Georgia. After this year his services were in demand everywhere in reach of where he had been as a preacher.

In 1886 he began preaching in Rockwood where there were about a dozen members. He also preached for the church at Post Oak Springs only a few miles east of Rockwood where his father had preached during the latter years of his life. He preached for the congregation at Rockwood nearly three years, and at his death the number had gone up to one hundred and twenty or thirty; and they had built and owned a good house of worship. There have been added at other places in Roane Comity, Tenn., by his labors about one hundred members; and it is deemed safe to say that at least three hundred members have been added to the church in Georgia and Tennessee by his labors in the last three years.

I think I can safely say that I never knew a man more universally beloved by those for whom he labored than was J.D. Billingsley. I spent all April 1888 in Southern Georgia where he had been operating and I found his praise in all the churches. We came together to Rockwood, Tenn., where we began a meeting in May, and there I found the brethren and sisters perfectly devoted to him. They loved him, and well they might, for he had done a great work among them.

While living at Spencer he visited Post Oak Springs and baptized a young lady, the first person he ever baptized. To this young lady he was to have been married on the first day of January last, but when the day came he was so very ill that the marriage was postponed for a month—as he died on the 13th, of course the marriage was never consummated.

At Rockwood is as true a band of Christians as it has ever been my pleasure to know; and from them during his sickness he received every attention that true hearts and faithful hands could give; but death claimed Him as his own; and as bright a star as ornamented the pulpit of the church of Christ in Tennessee parsed into the valley of the shadow of death to re-appear on the other shore "in the dawning of the morning when the mists have cleared away.”

The funeral services were conducted by Bro. Moore, of Chattanooga, in the presence of a vast concourse of sorrowing friends, after which all that was mortal of J.D. Billingsley was laid to rest in Rockwood cemetery on a beautiful hill overlooking the meeting-house in which he had long and faithfully labored. His Sunday-school held memorial services in his honor on the last Sunday in January.

His elder brother wrote me from Lynchburg, Tenn., on the 2nd inst, and I hope I may be excused for making a brief quotation from his letter. He says: “We who were with him at Spencer, especially desire you to write his obituary, for the reason that we believe you made your impress upon his mind and subsequent life more deeply than perhaps all other men. It is my opinion that his choice of the ministry, and, as I think, his remarkable success, was due largely to the impetus given him by you during the time you were moulding his character and directing his mind and inspirations.”

Now, I think I knew J.D. Billingsley as few men had opportunity to know him. In college is a good place to learn where the weak points are in the character of young men; and now, that he is dead, it affords me great pleasure to say I do not remember a single mean or unworthy act charged to him. I could believe what he said—I could trust in what he promised me—I could rely upon his doing what I required of him. During three years and a half he was under my care day and night, as nearly as it is possible for a student to be under the care of any one, and I do not remember ever to have given him a severe reproof—indeed I do not remember to have had occasion to reprove him at all. Possibly I did, but if I did I do not now remember it.

I thought I saw in him the elements of true manhood, the buddings of future greatness and I tried to mould his affections, control his life, and direct his aspirations. His position as bellman often brought him into my room for special instructions, which gave me frequent opportunities of talking with him; and finding him naturally of a religious turn of mind I frequently talked with him on religious subjects, and I sought earnestly to beget in him an ambition to be a great man; and it gives me great pleasure to know that my labor was not in vain. Had he lived to be as old as Barzillai like him he would have been “a very great man.” As a preacher he was clear—he was forcible—he was logical—he was earnest—he was scriptural and therefore always safe—always right. Though of small stature he had a fine voice and knew how to control it, and at times he was sublimely eloquent. As David said of Abner so we may say of J . D. Billingsley, in his death a truly great man fell in Israel.

But he was cut down in the morning of life—why, we cannot tell. If I believed as many do that God takes every one who dies, I could submit without a murmur, for we know he doeth all things well. But if our dear brother exposed himself to malarial poison and was killed thereby, even in the discharge of what he conscientiously believed to be religious duty; or if he thus exposed himself without the slightest knowledge that there was danger, and death resulted from such poison, was such a death the direct act of God’s providence? It may be, but if so, I trust the God of love will not be angry with me because I cannot see it in that way. While we may admire the moral courage and unselfishness of one who sacrifices his life for the good of others, yet we are not quite sure that it is justice to God to ascribe such a death to him. I am fully persuaded that multiplied thousands die as a result of violated natural law who are supposed to die because God saw fit to take them. If a man build a saw mill for the purpose of cutting timber into lumber, and a neighbor, by accident or design, is thrown before the saw when in motion, and is sawn asunder, shall we accuse the builder of murder? But this is not the place for such a discussion—will the reader pardon us for the digression?

By way of showing the esteem in which our brother was held by those who knew him I beg permission to quote from a letter written to me from Rockwood by a lady in whose family he made his home when in that town. She says: “I need not mention to you our great distress, for you know how dearly we all loved Bro. Billingsley, and what a great loss his death is to us. * * * When he was under your care I know he was a noble Christian; but after he came here he became more noble—he became purer and better every day he lived.”

I have no doubt that such was the sentiment of every one who knew him; and yet there was in him no disposition to compromise the truth to please any one. He was as true to his convictions as any man I ever knew. While he was courteous and respectful to all, he preached the truth, as he understood it, without reserve, and those who differed from him respected him for his candor. Such men always command the respect of all whose respect is worth anything.

But our sister from whom we quote above further says: “I fear we will never find one to fill his place in every particular. Do you know of any one that you think will fill his place that we could get?”

No, I knew but one J. D. Billingsley. If any one who reads this obituary feels that he can fill the bill, and wants the position, let him write to Mr. and Mrs. T. J. Brown, Rockwood, Tenn., and his letter will receive attention. The place is vacant, who will undertake to fill it?

Directions To The Grave of J.D. Billingsley 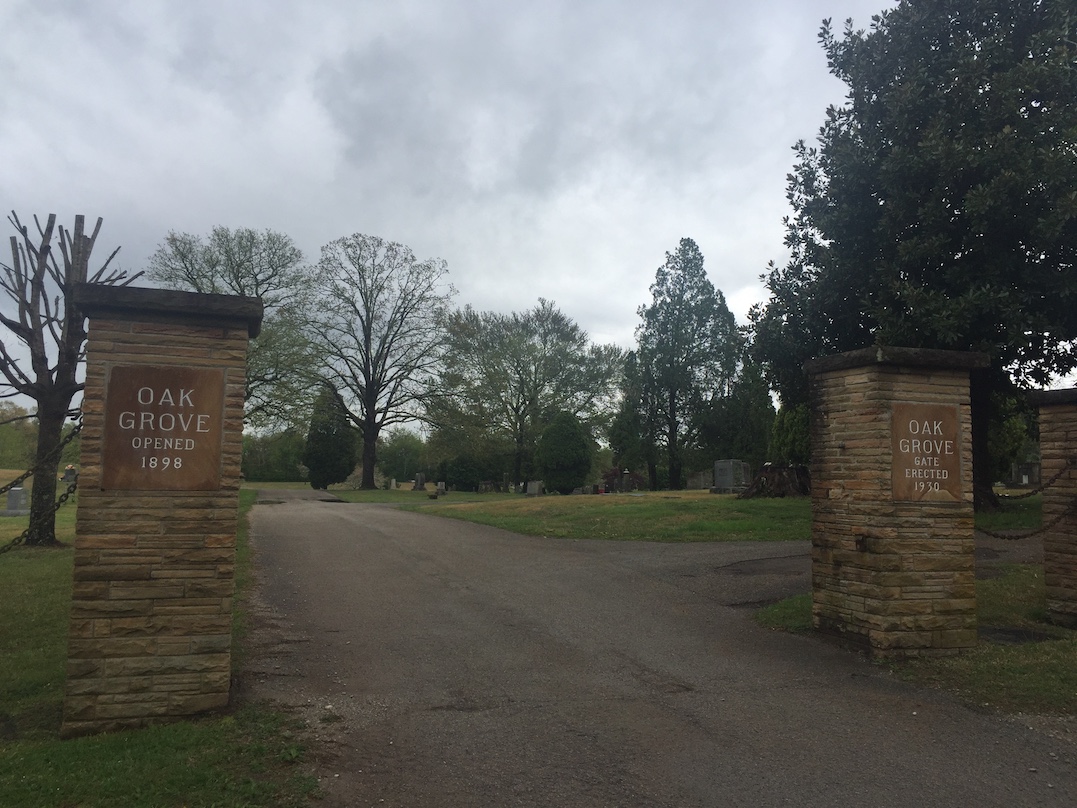 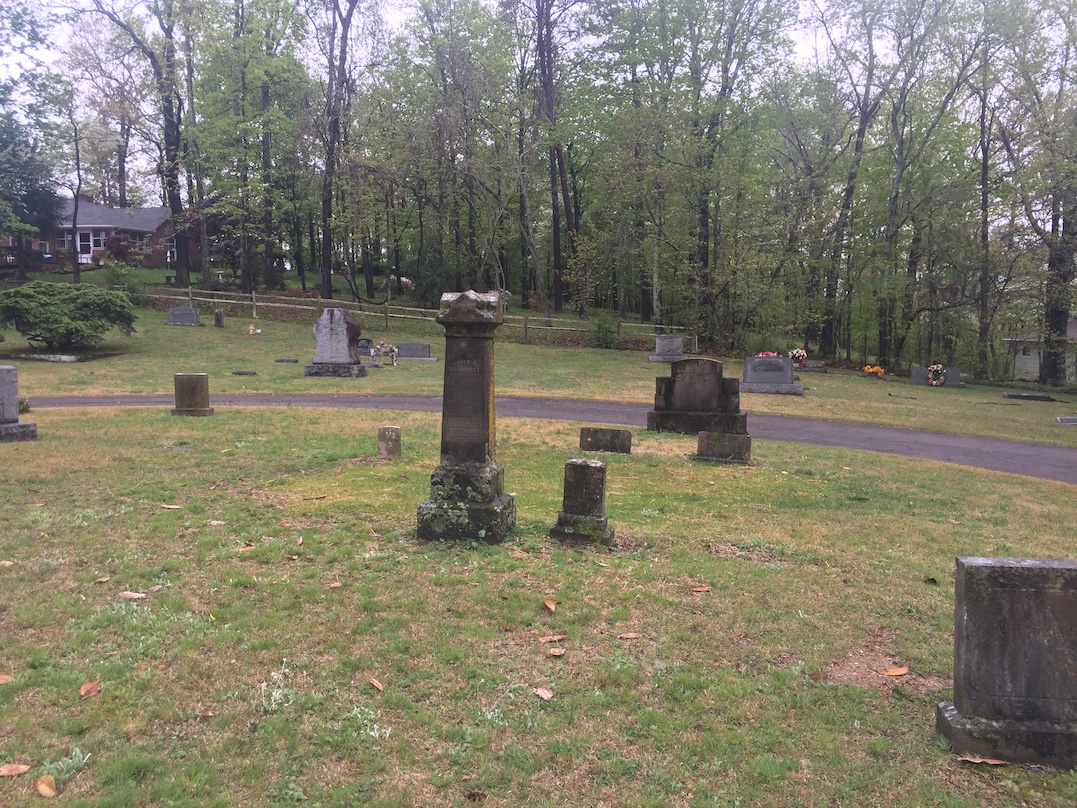 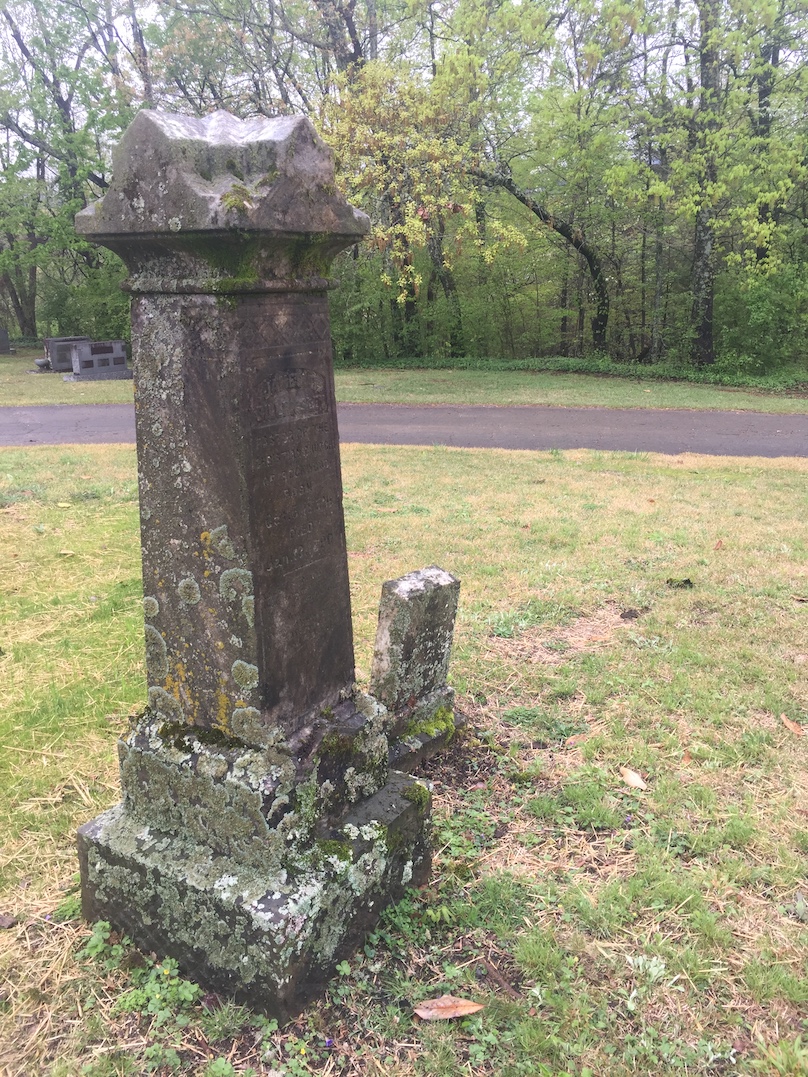 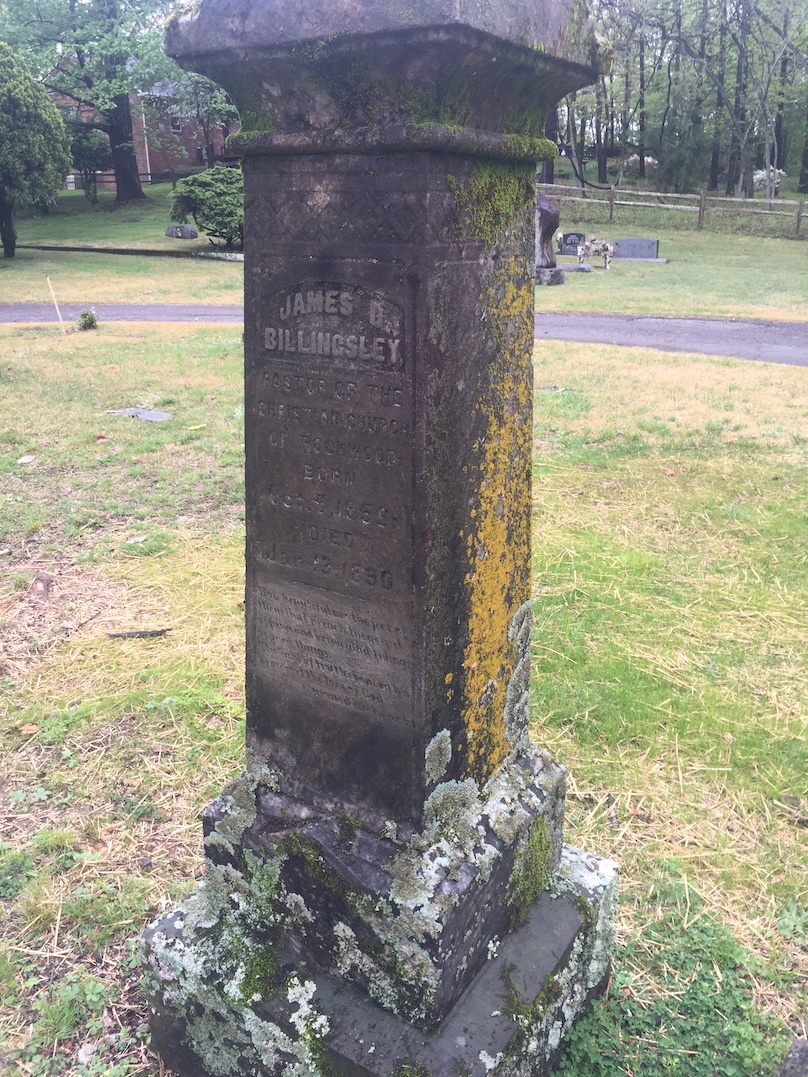 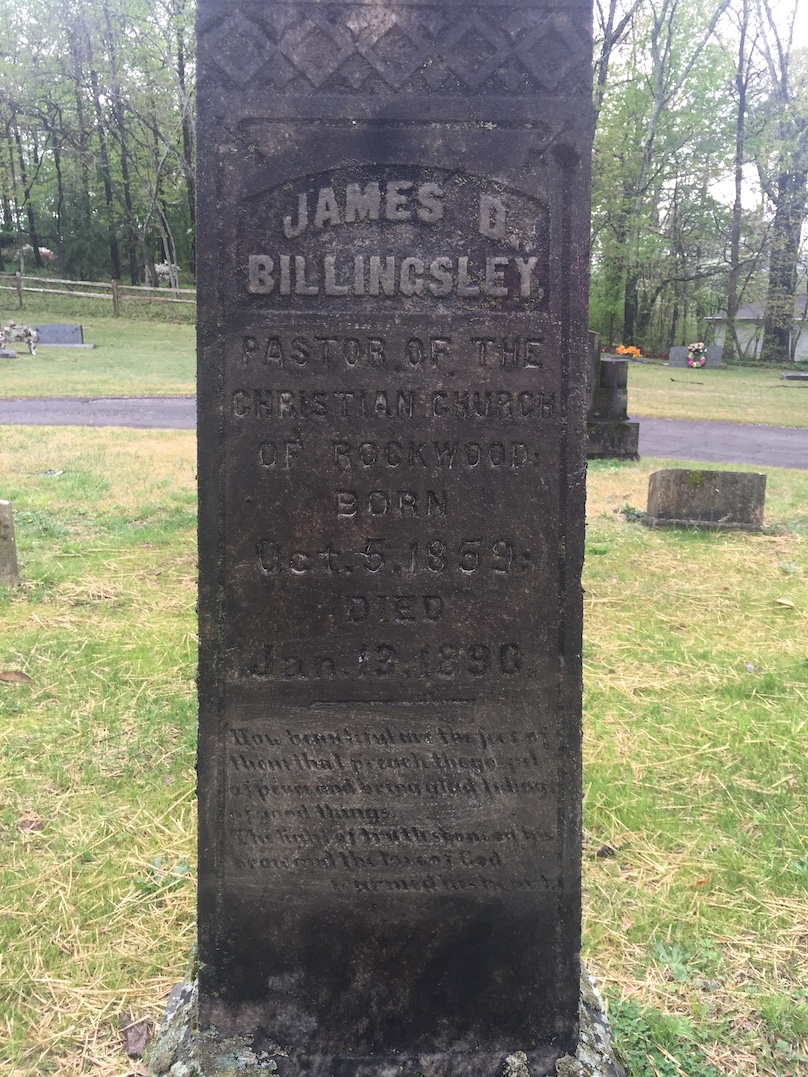 James D. Billingsley
Pastor of the
Christian Church
Born
October 5, 1859
Died
January 12, 1896
How beautiful are the feet of
them that preach the gospel
of peace and bring glad tidings
of good things.
The light of truth shone on his
brow and the love of God
warmed his heart