Information is sketchy on how he determined to enter the field of medicine, or for that matter how he was led to Christ. However, he served his community in both capacities most capably for many years. In the 1860 U.S. Census he was listed as owning 3000 acres of farm land held the personal estate value of $1500.00. The 1870 U.S. Census states that Smith was 55 years of age, still owning the same acreage and self worth of $2000.00, which is a rather large estate during those post-war years.

From the information shared below by Rees Jones, Dr. Bowlin was not only a caring doctor for his community, but a stalwart defender of the faith of Jesus Christ. He sent several reports of funerals he conducted to be reported in the pages of the Gospel Advocate. He was also listed in Medical lists in Tennessee during his life as being the main medical physician in the very rural Bell Buckle area.

It was reported on Ancestry.com that Dr. Bowlin lived until 1878 when he passed and was buried in the Old Salem Cemetery just south of Bell Buckle.

Was born in such extreme poverty, and surrounded in his boyhood by immorality so debasing, that the thoughtful were wont to ask, "Can any good thing come out of Nazareth?" After years he answered, "Yes!" With little education, but abounding in veneration and benevolence, he turned his attention first to medicine, and then to teaching Christianity as much as his medical practice would allow. Adopting in each an unpopular theory, --in medicine a "Botanic," in religion, "For the Bible alone,"--it was wonderful to see how an illiterate man, whom his neighbors esteemed as quite ordinary, gradually arose in influence and power, compelling a recognition in both callings. A stroke of paralysis checked his rising glory, but did not diminish his zeal in the cause of his Master. A non-combatant both in theory and practice, he went among the armies in our late unpleasantness, and, daring in his views, he preached them alike to Federal and Confederate, whenever opportunity offered. He delighted in preaching from Luke 2:14. Having preached this sermon near Bell Buckle, he was reported to the Federals at Murfreesboro as a dangerous man for teaching rebelism. About June, 1862, an officer and a squad of men called on him to arrest and take him to Murfreesboro. Having several very sick patients he begged the officer to allow him to see them, promising that he would then willingly go to answer any charges that might be brought against him. The officer, finding the doctor to be a mason, and being one himself, said: "Upon your own word I permit you to see your patients, and report at Murfreesboro by sun up tomorrow morning.” Having seen all his patients during the night, he rode up to Col. Barne's quarters just as the rays of the sun gilded the eastern horizon. On hearing his name Col. Barnes viewed him with rigid scrutiny for some minutes; then relaxing his features he remarked, "Dr. Bowling, you are not the man I expected to see; you are both tired and hungry.” The doctor replied, "I am, and must sleep till breakfast is ready." So spreading his blanket on the ground, he slept till aroused for refreshments. After breakfast the colonel showed him a quiet and comfortable place for another nap, saying that in two hours the whole troop would be called together, and he then must preach the sermon that had caused his arrest. At the appointed time a lively tune by the band aroused him from his sleep. Ascending a pile of boxes, an extemporized pulpit, and calling for the chaplain, he asked for Bible and hymn-book, saying, "Sir, you turn to every place I name, and if I misquote, correct me at once." Would that I could call up the very words he used, and make you see his beaming countenance, and the flashing of his eyes, as he described the appearance of soldiers, officers, and chaplain, and feel the thrill that ran through his bosom as he paraphrased Paul's introduction to King Agrippa. "Now," said he, "as I am accused of preaching 'rebel doctrine,' I take my text, Luke 2:14: 'Glory to God in the highest, and on earth peace, good will to men.'" From this, supported by other quotations, he showed the character of Christ and his kingdom, --that his reign was to one of peace, and not of this world. Warming to his subject, he asked all Baptists to stand. A goodly number responded. He then asked all believers in God and Christ to stand up also. Astonished at the great number of religionists in the army, he said: "Now, Soldiers, hear what the great harbinger said to soldiers in his day, (Luke 3:14).’Do violence to no man, neither accuse any man falsely; and to be content with your wages.'" After drawing some hints for their conduct as soldiers, he closed with a warm exhortation to all, in which he said that he had never had more freedom in his life; he then turned to Col. Barnes, whose eyes, as well as those of the whole troop, were suffused with tears, and said, "Sir, this is the head and front of my offending," and stepped from the rostrum. Col. Barnes led him to his tent, and by order of Gen. Rouseau sent him home with permit to keep five head of horses, to purchase medicine when needing it, and to practice medicine and preach the gospel whenever he desired. Some weeks after he was to preach to a portion of the same army near Bell Buckle, during which service he baptized about thirty.

But his trials were not yet over. In 1863 he was arrested and carried before Gen. Bragg, at Winchester (or Tullahoma), who turned him over to his chaplain, Bishop Inintard, upon the charge of preaching unionism. "For once," said our brother, "I trembled to go before a man of such fame and erudition as the Bishop. Here again I repeated my sermon on Luke 2:14; not to an army, but to the Bishop alone. The result was a permit to preach without let or hindrance." All honor to a spirit that can run the gauntlet of military despotism, during so cruel a war as cursed our land in that day.

Transcribed: Brother G. W. Cone, from Bellbuckle, Tennessee, under the date of November 5th, reports a meeting held by himself and Dr. Bowlin, at Cross Roads, with six additions by confession, one from the Baptists, and one restored, making in all, about forty additions to the congregation this fall. (G.A., November 20, 1866, p. 740). 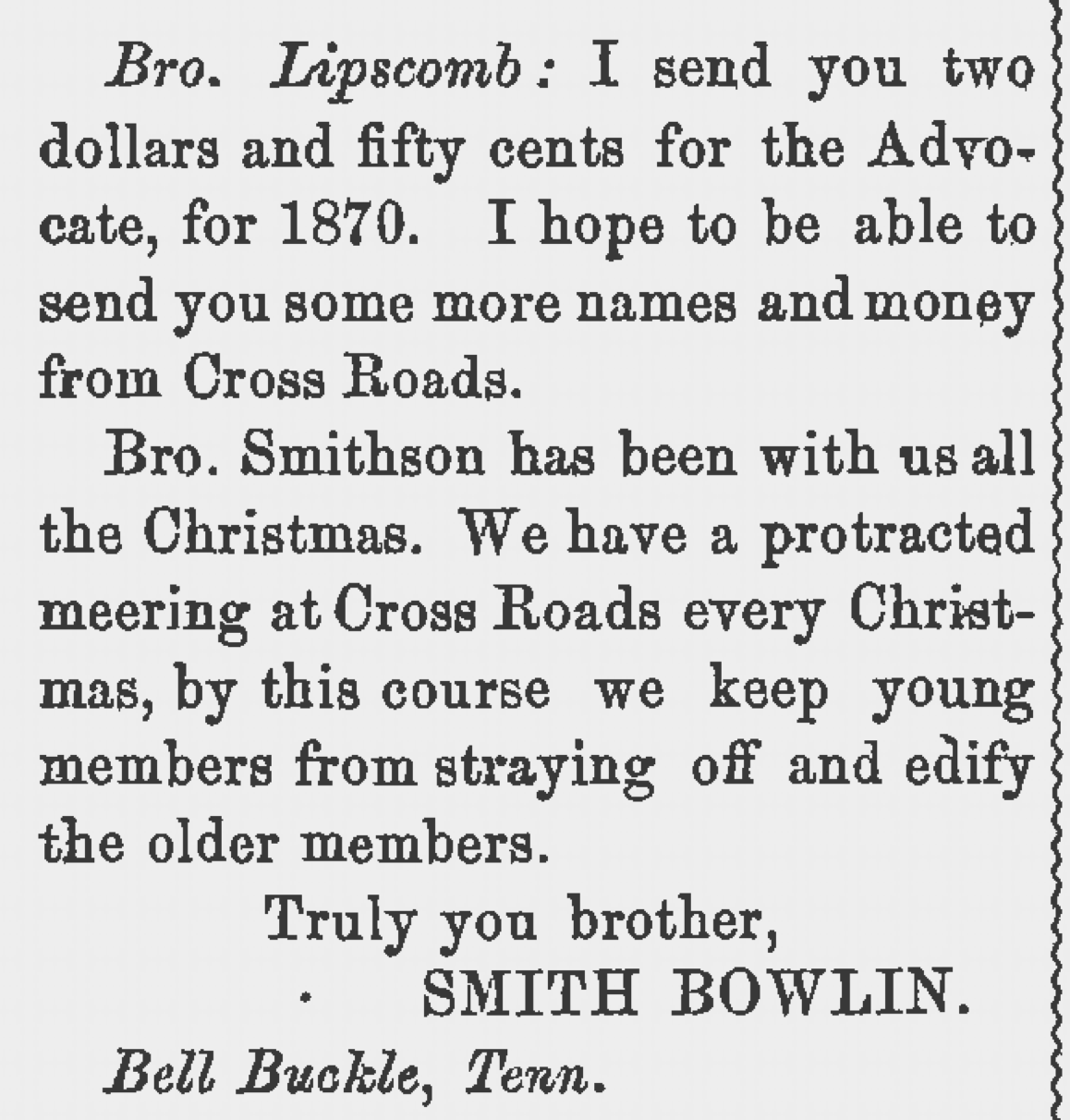 James R. Bowlin (son of the lamented Dr. Smith Bowlin, of Bedford County,) was born March 9, 1849, married to Miss Mattie Snodgrass in 1880, (the writer performing the ceremony,) died October 31, 1889, being at the date of his death 40 years, 7 months, and 22 days old. Bro. Bowlin was a kind and generous Christian, had been a member of the church of Christ many years, had strong faith in God the Father, and Jesus, as the Savior of men, died triumphant in this faith. He leaves behind a goodly number of relatives and warm friends, also he leaves a kind and Christian wife, with five little children, to mourn their loss of husband and father. I know that grief of this kind seems almost intolerable, yet, I pray they may look up, though it may be through tears, and say, O God, thou doest all things well. "Our loss is husband and father's gain." Grant that we too, may reach that land where thou wilt wipe our tears and griefs away.
F. F. Dearing., Bell Buckle, Tenn.
Gospel Advocate, January 15, 1890, page 47

My mother, Mattie Bowlin Wright was born on December 18, 1854, and died on December 19, 1928. She was the daughter of Smith Bowlin, one of our strongest preachers of the gospel at his time. She became a Christian at an early age and was married when eighteen years old to David Whitfield Wright. Seven children were born to this union—six sons and one daughter. Two sons died in childhood. Brother and Sister Wright, Brother and Sister R. S. Clark, and Brother and Sister Isaac Clark were instrumental in establishing the congregation at Fairfield. She was a great sufferer for nearly five years, and bore it with great patience. Mrs. Mattie D. Walker.

It has been a year and a half since the death of Sister Wright, but she was too great a mother in Israel to pass from us with no mention. Her home was a home for the preacher, and a real home it was. Many times it was my good pleasure to shelter there, in company with Brother C. S. Austin, who did the preaching, in 1915, I think. My mission was, in the main, to lead the singing. She was a student of God’s Book, and truly walked by faith. I was four times called to assist in work at Fairfield, and have thought that surely it was one of the greatest places on earth. Places are made great, by its personnel, and Sister Wright was a star in this place.
Ada Veteto.
Gospel Advocate, July 17, 1930, page 718.

Dr. Smith Bowlin is buried in the Old Salem Cemetery on the old Bell Buckle/Wartrace Rd. /Hwy. 269 just south of Bell Buckle, Tennessee. From I-24 take the Bell Buckle/Beechgrove Exit and head west on Hwy. 64. Turn right on Hwy. 82 to Bell Buckle. Cross the railroad tracks and immediately turn left on Hwy. 269. When you pass the city cemetery on the right, begin looking on your left as you go down a dip and up again you will see the Old Salem Cemetery. There is only one driveway to enter, and you can bear to the right and park in the grass. Head up the hill and say close to the highway as you make you way toward the rear. Note the small newer monuments that have been placed there on your left. This is the Bowling Family Plot. The actual GPS location of the grave is below. 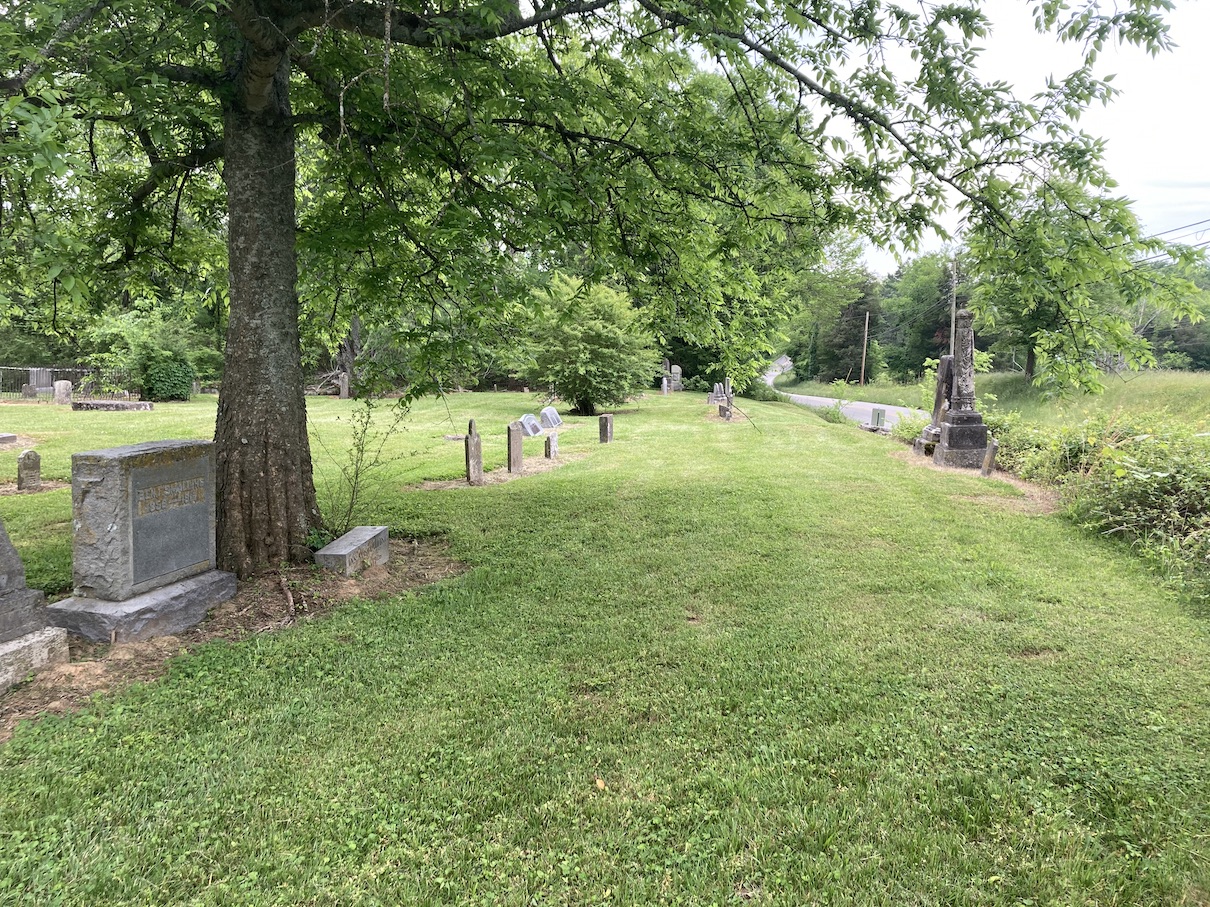 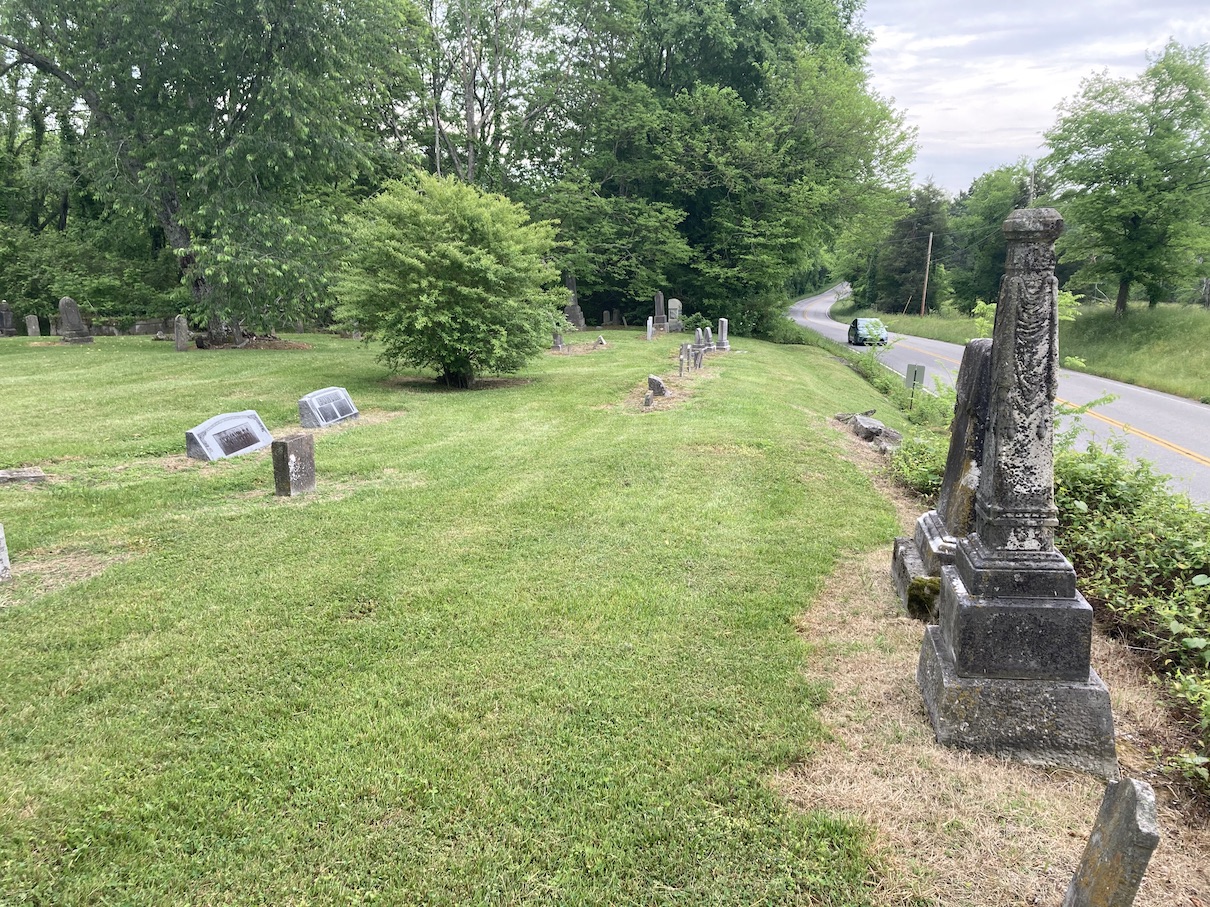 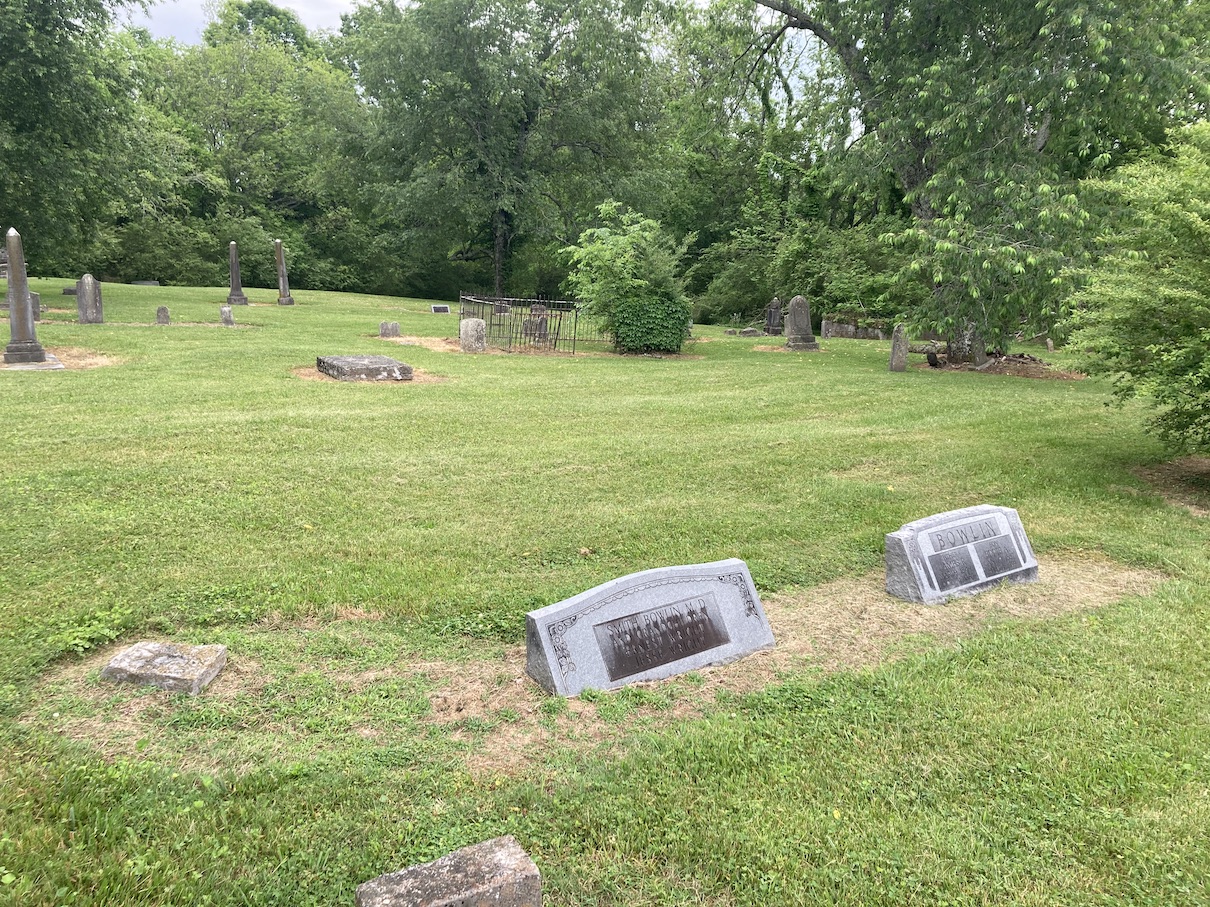 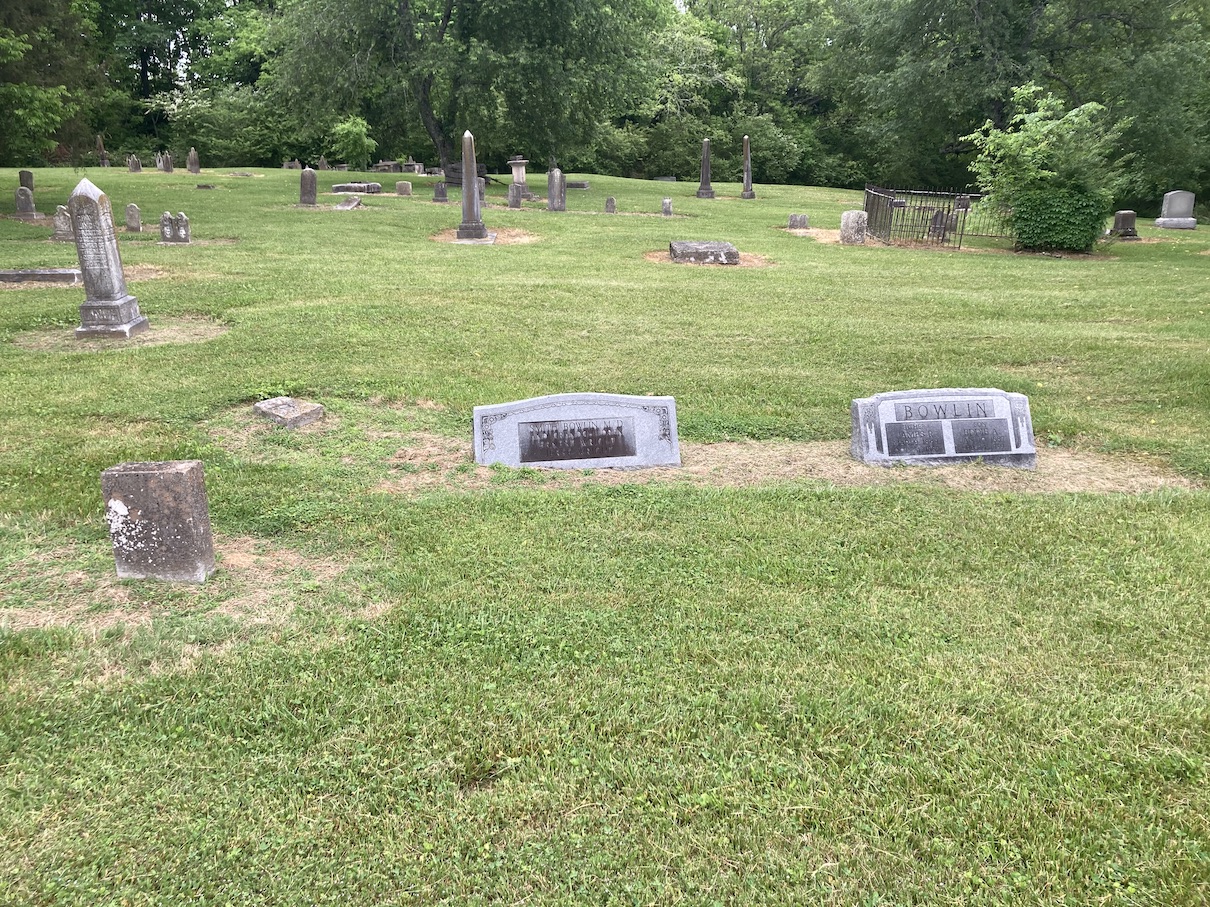 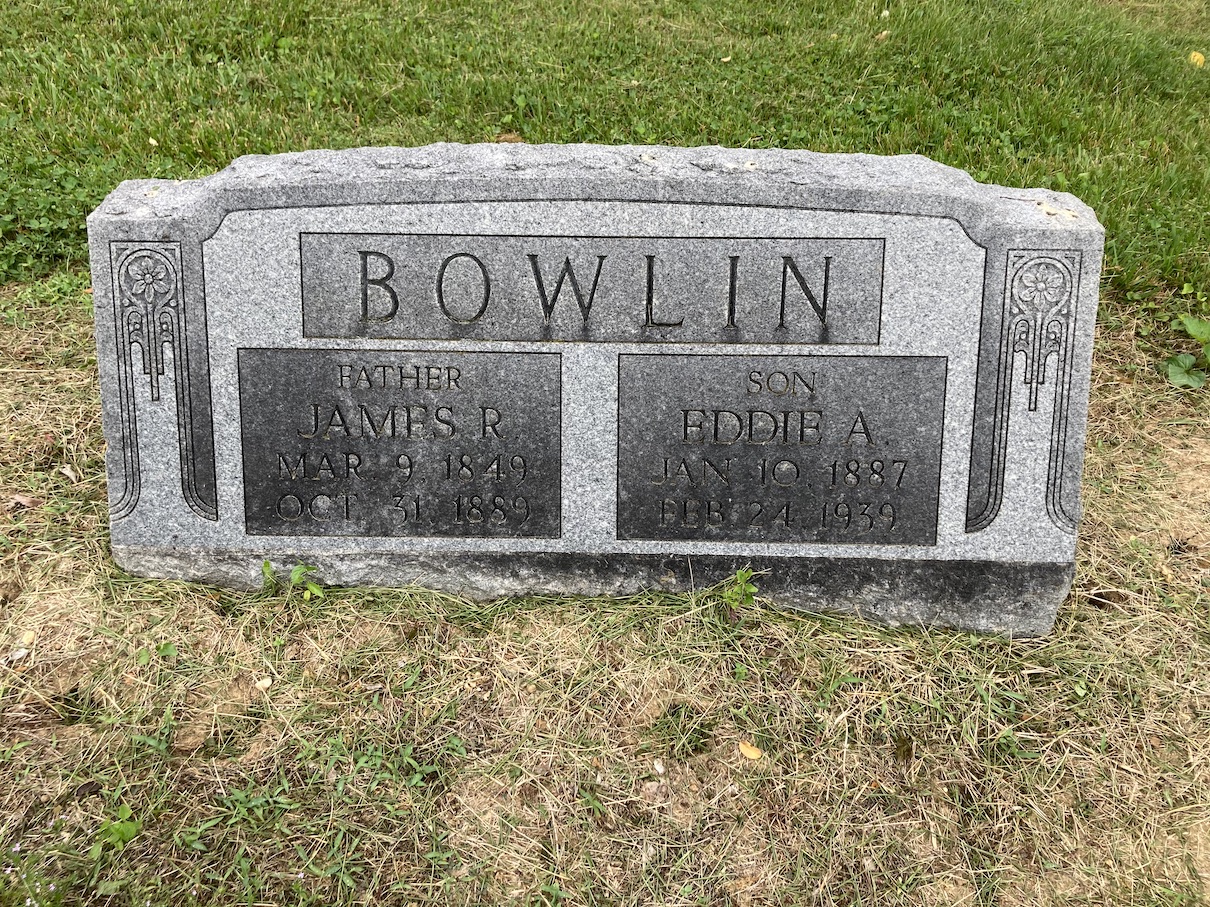 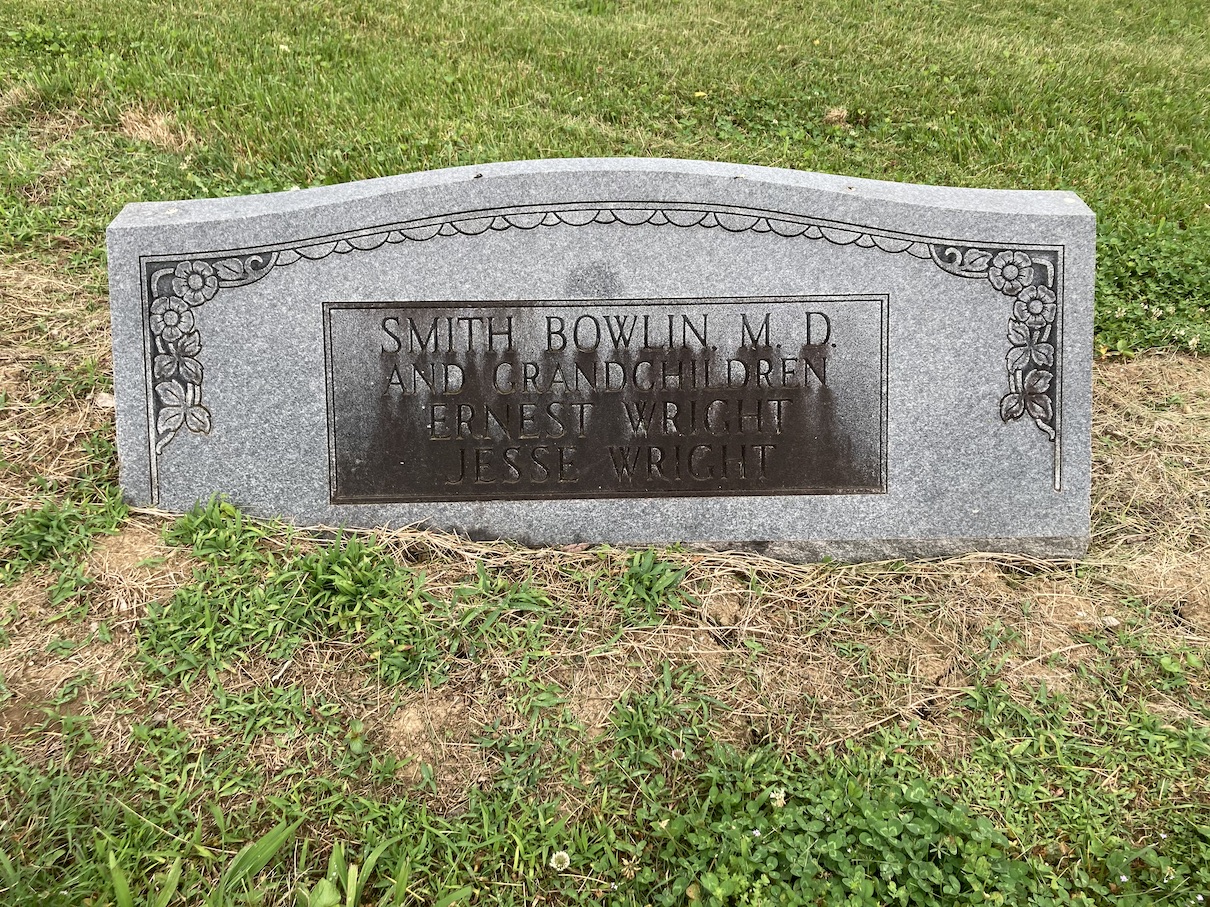 Special Thanks to C. Wayne Kilpatrick for he research on the life of Dr. Smith Bowlin. Wayne was the first to bring Bowlin to my attention. He also had collected several bits of informaiton on Bowlin over the years and shared them in July 2022, that they might be displayed here.