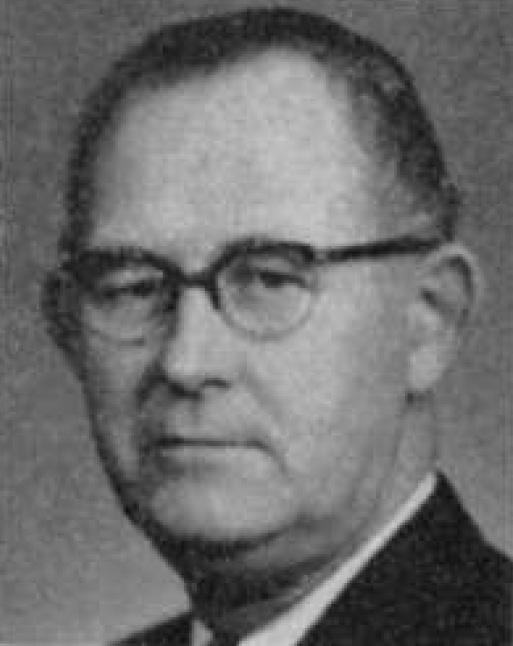 The Life of L.C. Burns

Leon Cleveland Burns was born October 27, 1907 in Decatur, Alabama. He was baptized by J. Pettey Ezell in 1919

He was married to Martha Louise Harding in October 23, 1931.Their first child was Mary who later married L.E. Blakenship, and a daughter Martha, who married H.E. McKee, Sarah, who married Jerry Paden, and Leon C. Jr. who grew up to become a successful attorney, for a time serving as special criminal court judge for the 5th Judicial Circuit in Cookeville, Tennessee.

Brother Burns began preaching in his hometown of Decatur in 1926, at the age of nineteen. He attended what is now Lipscomb University, and later at what is now Abilene University.

Through the years he conducted radio evangelism in Cleburne, Texas, and other places. He lectured on “The American Way of Life,” “Christianity and Communism,” “Juvenile Delinquency,” and “Race Relations.” Civic Clubs and P.T.A. Organizations brought him in to talk about these topics. He wrote many tracts and pamphlets on these subjects as well. He was a charter member of the Tennessee Federation for constitutional government. In the 1960s, he was a gospel preacher in high demand for gospel meetings from Texas to Virginia.

The last years of his life were spent in Bristol, Tennessee. He passed from this life November 21, 1984. He was survived by his wife Martha, who lived until 2002.

Leon was baptized by Petty Ezell in 1919, attended David Lipscomb College and Abilene Christian College. He began preaching in 1926 and his more than a half-century of "breaking the Bread of Life" led him to regularly preach in Portland, Tenn.; Florence, Ala.; Columbia, Tenn.; Cleburne, Texas; Gadsen, Ala.; Johnson City, Tenn.; Lakeland, Fla.; New Orleans, La.; and Bristol, Tenn., where he served until he was disabled. He preached in many meetings and on special occasions and lectureships.

Leon's statuesque appearance, his eloquent challenging voice, his pleasing personality, his knowledge of the Word and most able presentation of the same enhanced his every lesson. Multitudes felt the "touch of the Master's hand" and were richly affected thereby as from his lips emanated the "Wonderful Story of Love." "His life was gentle, and the elements so mixed in him that Nature might stand up and say to all the world, 'This was a man!'" A few years ago he spoke to a gathering of Southwest Virginia preachers and so ably and wisely, due to his wide experience and knowledge, informed us of the glory and responsibility of our vocation.

His funeral was conducted in the meeting house of the State Street Church in Bristol by Schuman Brewer, Wayne Miller and this writer. Interment was in nearby Glenwood Cemetery. Those who survive "sorrow not as others which have no hope."

Leon Burns died Nov. 21, 1984. Funeral services were conducted in Bristol, Tenn., by A. L. Atltizer, Schumann Brewer and Wayne Miller. Brother Burns did his last preaching at the State Street church in Bristol.

He made a great contribution to the Lord's church for more than half a century. I led the singing and he did the preaching in a gospel meeting at Centerville, Tenn., in 1940. We have been friends since that time. Through the years he conducted meetings at a number of places where we lived and worked. Some years ago I conducted a meeting for the church in Johnson City, Tenn., and lived with brother and sister Burns. It was during that time that I came to know and appreciate them so much.

Leon Burns was a "Preacher's Preacher." He had a great knowledge of the Bible, a wonderful command of the English language, and a very easy to listen to voice.

He was always interested in civic and political affairs. It was his conviction that Christians should take a part in the governmental process as well as what happens in one's own community. He was an outstanding speaker for special occasions.

The great loss suffered by sister Burns and the family is shared by thousands of the their friends throughout the land.

Advertisements For Meetings At The Height Of His Career 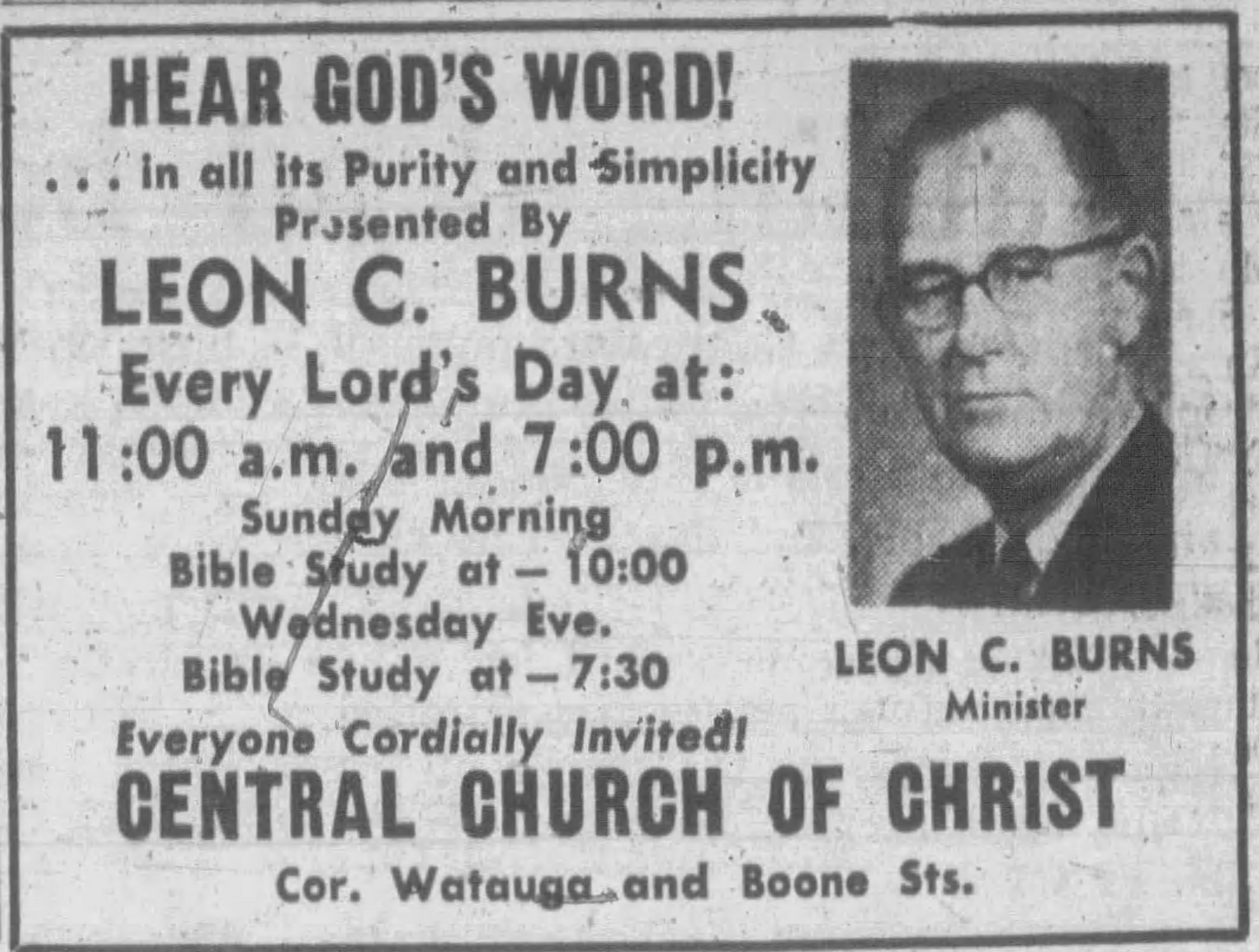 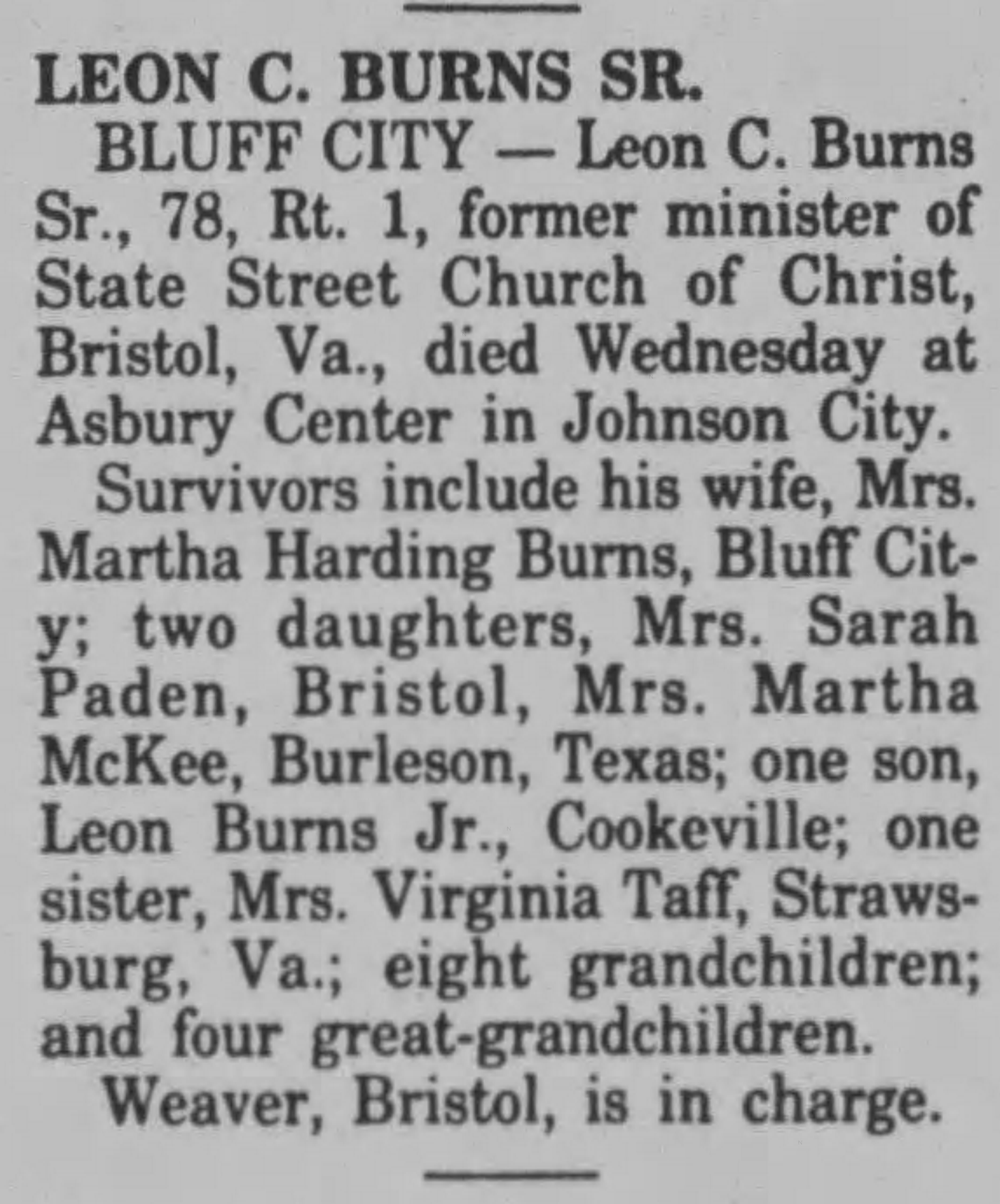 The Glenwood Cemetery is located in the southeast part of Bristol, Tennessee. The GPS location below is the exact position where the graves of L.C. and Martha Burns are located. 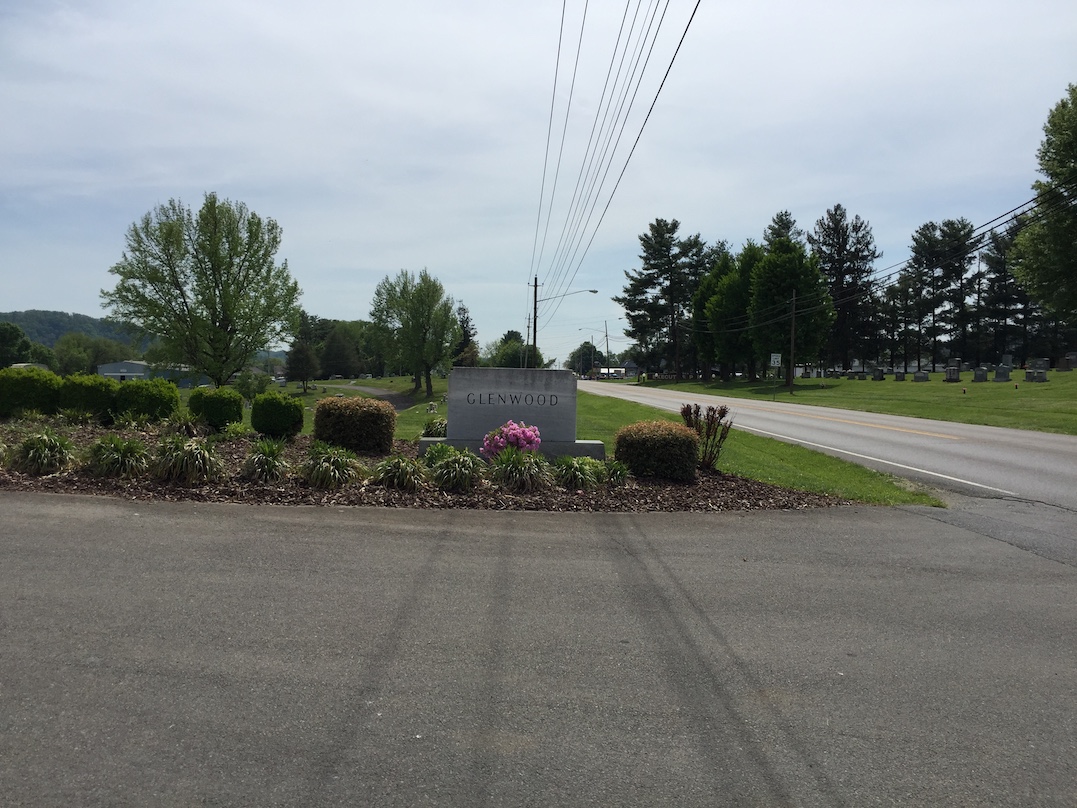 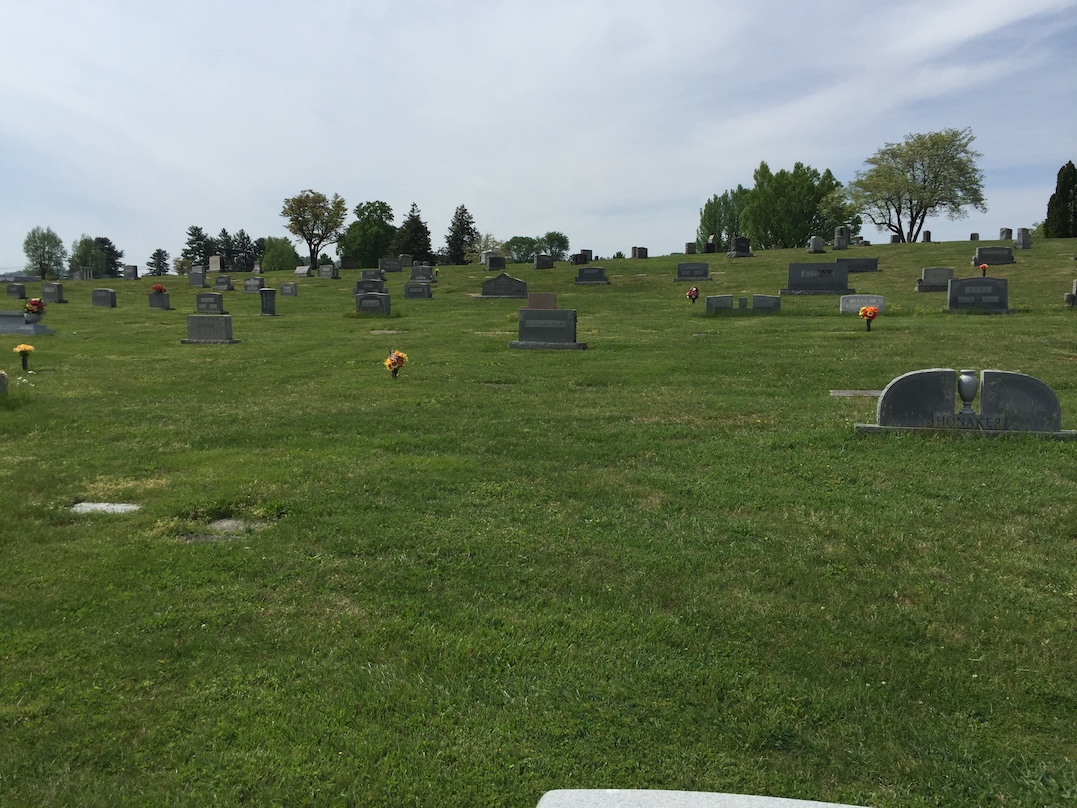 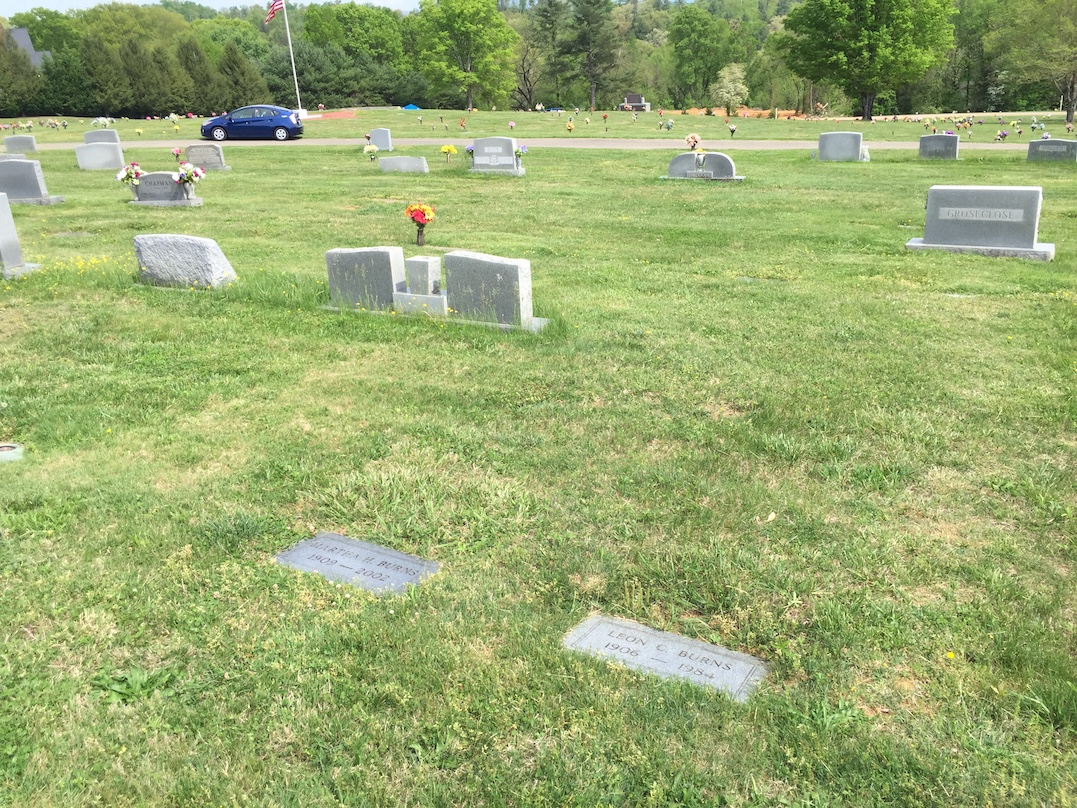 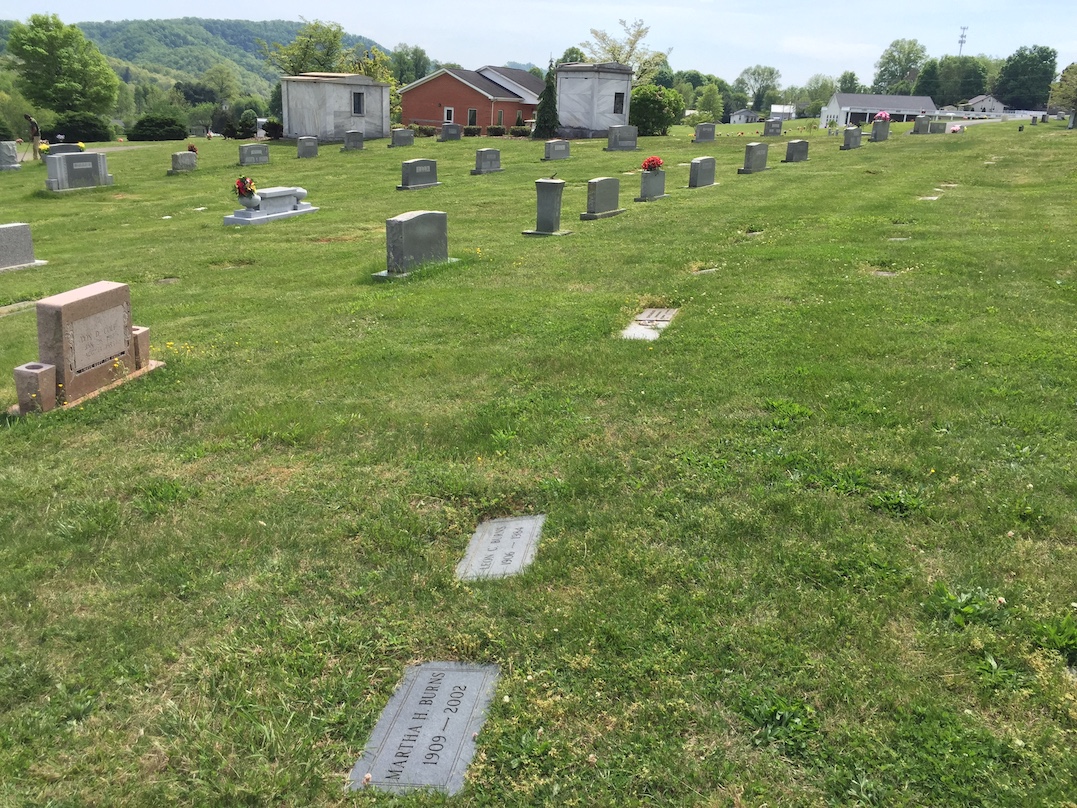 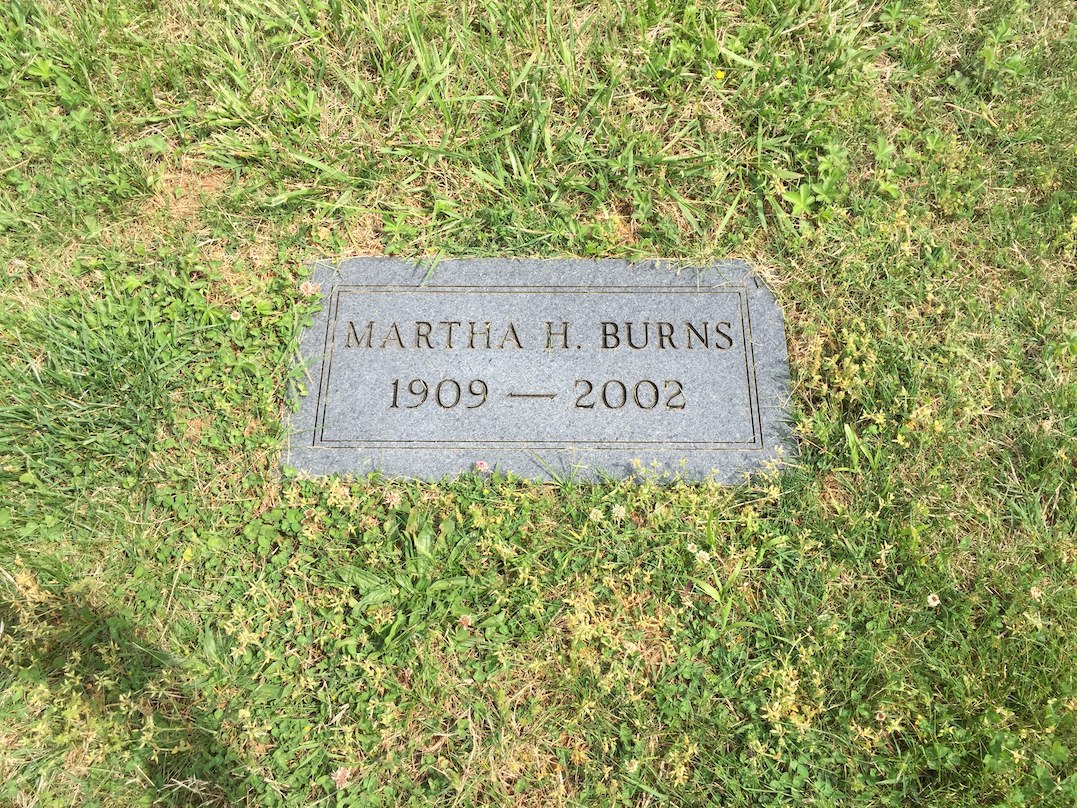 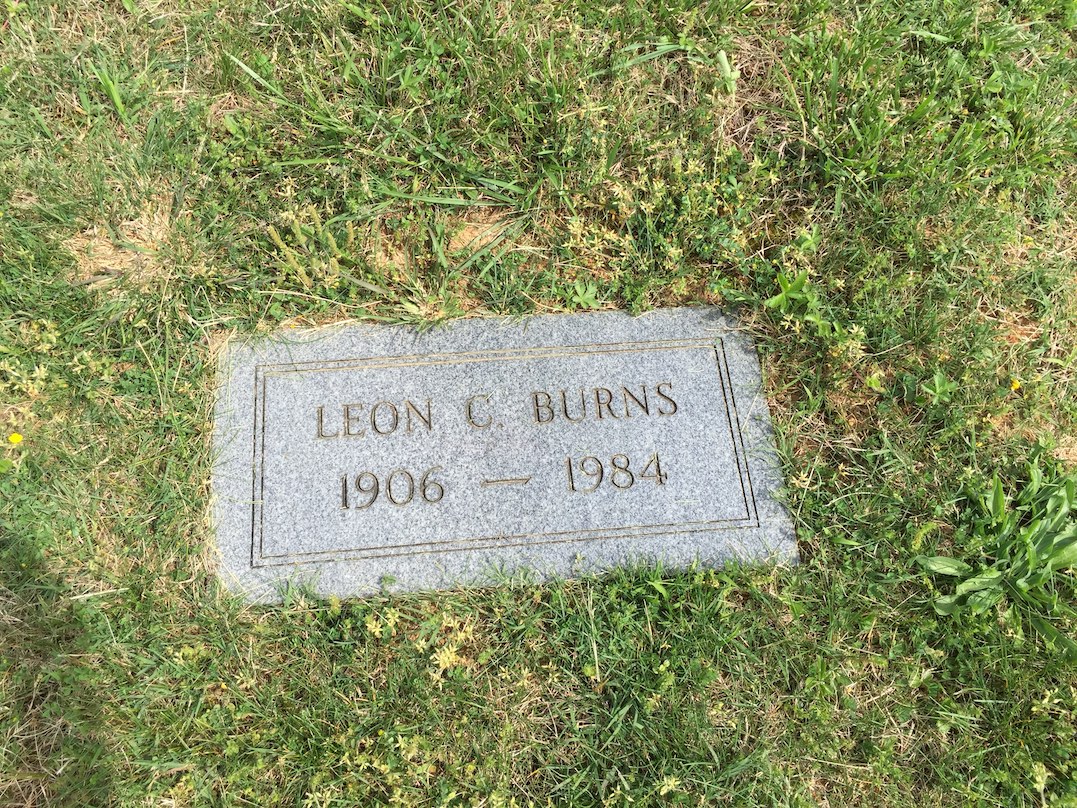 In April, 2019, I had the privilege to speak on the lectureship program of Southeast Institute of Biblical Studies, held at the Karns church of Christ in Knoxville, Tennessee. Along with me was long time friend and fellow laborer in restoration research, C. Wayne Kilpatrick. After we both completed our responsiblies at SEIBS, we made our way into southern Virginia where we sought the burial places of several leaders in the Restoration Movement in that area. Special thanks are extended to Wayne for his help in finding some of these graves.