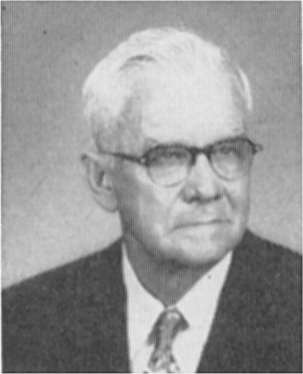 Biographical Sketch On The Life of Thomas H. Burton

Thomas H. Burton was born in Lynchburg, Tennessee, September 11, 1881. He was brought up in a Methodist home. He married a member of the church of Christ, Lucie Greer, in 1905. After their marriage he proposed that they leave their respective churches and attend the Baptist church. Her reply was that he could stay with the Methodist church, go to the Baptist church, or any other he chose, but that she was where she was going to stay. According to Burton that was the most absurd decision a young wife could make. Later he would be grateful to her for that strong commitment. Her influence ultimately led to his baptism by L.B. Jones in 1912.

He began preaching in Dechard, Tennessee in 1915. He attended Nashville Bible School (now Lipscomb University). Churches he preached for included the Hartsville, Tennessee church from 1916-19, 1947-50; Union, South Carolina, 1919-27; also Portland, Tennessee. He passed from this life December 25, 1961 in his eightieth year, and was buried in the Woodlawn Cemetery, Nashville, Tennessee.

Directions To The Grave Of T. H. Burton

Thomas Haden Burton is buried in the Woodlawn Memorial Park Cemetery in Nashville, Tennessee. The Cemetery is located behind the 100 Oaks Shopping Center that faces I-65 just before the I-440 Interchange in the southern part of the city. From 100 Oaks travel east on Thompson Lane and turn left into the main entrance of the Woodlawn Cemetery. Take your first left and travel up the hill. Note that Fountain View C & D will be on your left. At the top of the hill you will see a fountain area. Turn left into the fountain circle. Immediately to the right will be a hedge (called the east hedge). On the other side of the east hedge is Fountain Memorial B. From the other side of the east hedge travel west nine rows. As you travel in you will see another hedge to your right (north). The grave is located twelve rows in from the north hedge, and nine rows from the east hedge. Location - Fountain Memorial B - 374 - 4. The exact GPS location of the grave is: 36°06'46.6"N 86°45'42.8"W / or D.d. 36.112944,-86.761889

See A Map Showing Other Graves At Woodlawn!