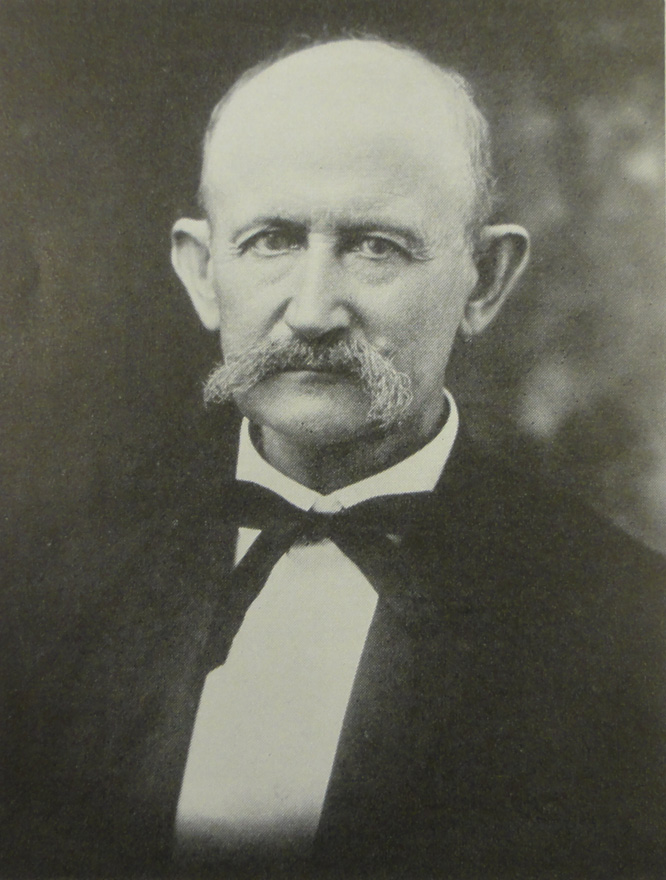 The Life Of William H. Carter

The greatest work that anyone can do is the work of God; the greatest life that anyone can live is the Christian life; the greatest mission that anyone can have on earth is to fill the program that God has for him. It matters not whether this life and work be done in the "limelight" or whether it be done in the remotest section of a rural district; it matters not whether the mission is fulfilled on the public arena or in the quiet nursery of home life; it matters not if the work be in the front ranks of the "firing line" or whether it be done in humility around a neighbor's fireside, God rewards the life that works according to his program and fulfills its mission according to his will. It matters not whether a preacher of the gospel is acclaimed as a famous evangelist or whether he works in the mission fields of rural sections, his reward is the same, if he is faithful to God. The subject of this sketch fulfilled his mission well.

William Harrison Carter was born in the little town of Lafayette, Macon County, Tenn., December 17, 1850. John S. Carter came from Virginia and settled in Smith County, Tenn. He brought with him his son, Edward Carter, who was but a small boy at the time. Edward Carter grew to manhood in Smith County, and married Lavena Katherine Bains in 1842. He was a carpenter by trade. Soon after Macon County was formed he moved to this new county. He followed the carpenter's trade in Macon County until 1853, and then returned to Smith County and located at Rome, in that county. Brother Carter's parents had little of this world's goods, but they were honest, hard-working people. He gave his children the best education that he could afford in the public schools of that county. Brother Carter's people were members of the Baptist Church and he was taught the faith of the Baptist Church.

In 1873 W. H. Carter and his father returned to Lafayette, Macon County. The following year the lamented J. M. Kidwill preached in that town, and W. H. Carter heard him. Brother Carter examined the teachings of the Bible and found that Brother Kidwill preached the truth. Brother Carter also examined the claims of the Baptist Church in the light of the Bible, and found that the main tenets of faith and chief practices of the Baptist Church were not Scriptural. He was honest and wanted just the truth of God. He was slow to make any change without Scriptural authority for it. He loved his people, and he loved his early training, but he loved the truth of God more; so, on May 17, 1874, he was baptized into Christ by Brother J. M. Kidwill. In December of the same year he was married to Mariah Griffith Walton, the daughter of George L. Walton and Mariah Griffith, pioneers of Lafayette and leading citizens of that town. Ten children were born to this union.

Soon after Brother Carter came into the church he saw the great need of preaching the gospel to his friends and fellow countrymen. There was no preacher located near him, and he was so interested in their learning the truth that he began to teach them. He preached his first sermon in 1876, at Pleasant Retreat, in Macon County. He was, like his father and grandfather, a carpenter by trade, and he followed this trade and preached as he had opportunity. He received nothing for his preaching, and gave all the time that he could spare from his work to preaching the gospel. There were no churches in his county when he began preaching. He continued his work and preached until a number of congregations were established in that county. In 1880 he decided that he needed further preparation in order to accomplish the greatest good. Accordingly, he went to Burritt College, which was then under the management of Dr. T. W. Brents. His good wife, with the assistance of a dear friend, furnished him means to go to school. He remained in Burritt College one year, and made rapid progress in his school work. He was there to get the greatest possible good out of the school, and he did this. He had no time to idle away and had no inclination to engage in the common frivolities that some college students do. He returned to Lafayette with renewed energy and determination, together with better equipment in the way of training, and began at once to preach in schoolhouses, under the trees, and anywhere else that he could get an audience. He loved the truth and saw the need of its being preached in his county. He sacrificed and suffered that his own countrymen might learn the truth and be saved. He practiced rigid economy and denied himself the luxuries and many of the necessities of life that he might preach the gospel to his people. He received but little support, as the few disciples were poor and had not been taught to support the preaching of the gospel.

Brother Carter did not hesitate to go at his own charges and preach the gospel wherever he could get a hearing. If the church had many such men today, eternity only could reveal the good that would be done. Brother Carter continued his work in that county until more than a dozen congregations were established. He often labored with his own hands to supply the necessities for his own family and to have to give to those who were in need. Brother Carter met with strong opposition. Before he began preaching, the denominational churches held the people of his county in the bondage of error. Their preachers labored hard to keep their membership from hearing the truth. Brother Carter knew the strong opposition of error and faced the enemy with courage and the heroism of a man of God. The preachers in that country denounced the truth which he preached and insulted him who preached it, and even threatened his life.

At one time he was warned not to come into a certain community and preach; but there were a few in that community who wanted to hear the truth, and Brother Carter did not hesitate to go to them and preach boldly and publicly the gospel as God's power to save. He continued to preach there until a congregation was established. Many times he was denied the use of church houses, and even schoolhouses were locked against him.

Brother Carter was frequently forced to meet the exponents of error in debate. He was a debater of no mean ability. He was not a professional debater, neither did he seek discussion for the sake of notoriety; but he loved the truth and was a fearless expositor of it, had the courage of his convictions and believed in the triumph of truth, and was not afraid to meet any man who opposed the truth. He stood ready at all times to defend the faith as revealed in the New Testament. The exponents of error called their "biggest preachers" to meet him, with the hope that they could silence him, but the result was a victory for the truth in every instance.

In connection with his preaching the gospel, Brother Carter for several years edited and published a religious paper, called "The Highland Preacher." He did much good with his paper and many learned the truth from him. Brother Carter was a ready writer, and he wrote with clearness. Anyone could read and understand his messages through the Highland Preacher. Brother Carter not only labored in his own county, but he preached extensively and successfully throughout Middle Tennessee and several counties of Southern Kentucky. He baptized hundreds of people and established many congregations. He defended the church in public debate and lived a faithful, Christian life.

Brother Carter died on October 26, 1923. He was seventy-three years old, and was a preacher of the gospel forty-seven years. He preached his last sermon five days before his death. Brother Carter lived his life well; he fought the good fight to a victory; he finished his race nobly; he kept the faith faithfully; and now he enjoys the rest which remains for the people of God. 0 that there were many today who would live and preach as did W. H. Carter!

Directions To The Grave of W.H. Carter

William H. Carter is buried in Lafayette, Tennessee in the Walton Cemetery. It would appear that Carter was related to the Waltons through his wife's family. The Walton Cemetery is located next to a nursing home in Lafayette. From Nashville, head north on I-65. Take Exit 95, Hwy. 386, Viet Nam Parkway toward Gallatin. In Gallatin, head north on Hwy 31E. Go through Gallatin, and continue on Hwy. 31E. When coming into Westmoreland, turn right on Hwy. 52. Head into the center of Lafayette. Turn left on Chestnut St. Then, take quickly turn left on Times Ave. Pass the Knollwood Manor Nursing Home. The entrance to the cemetery will be just past the Nursing Home on the right. Go into the cemetery, up the hill. Park in front of the first tree you come to. Go up toward the nursing home and look for the Carter Monument. Plot should be easily located. 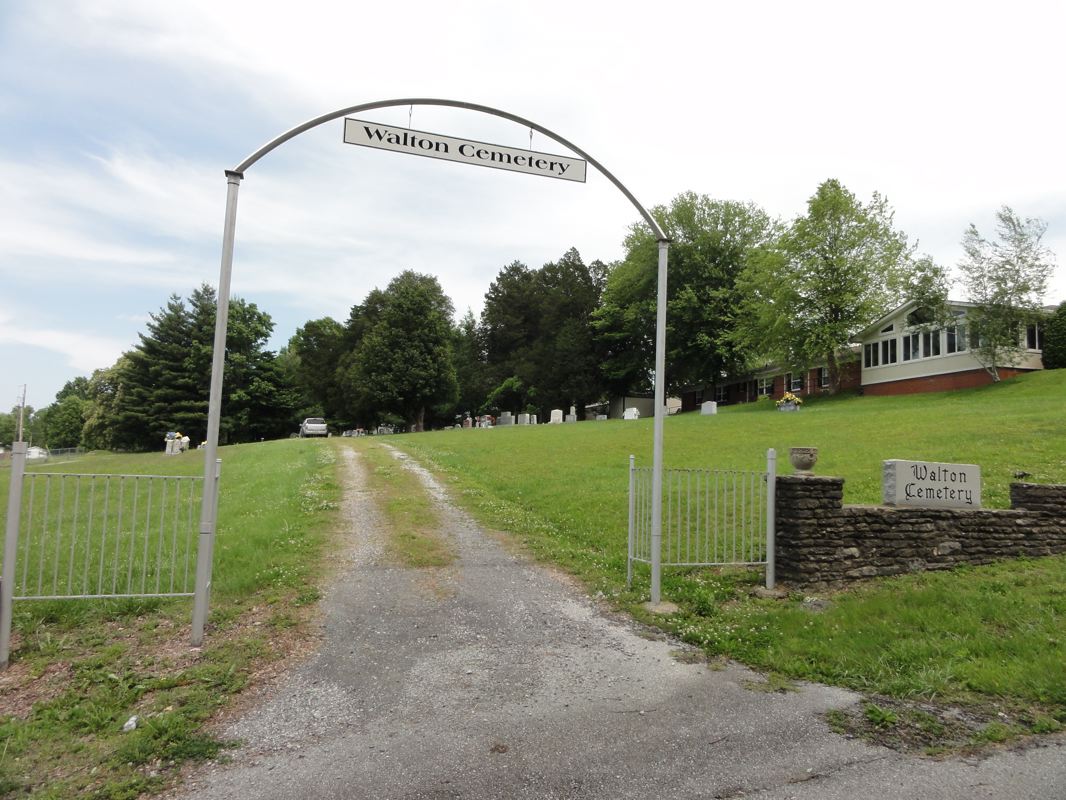 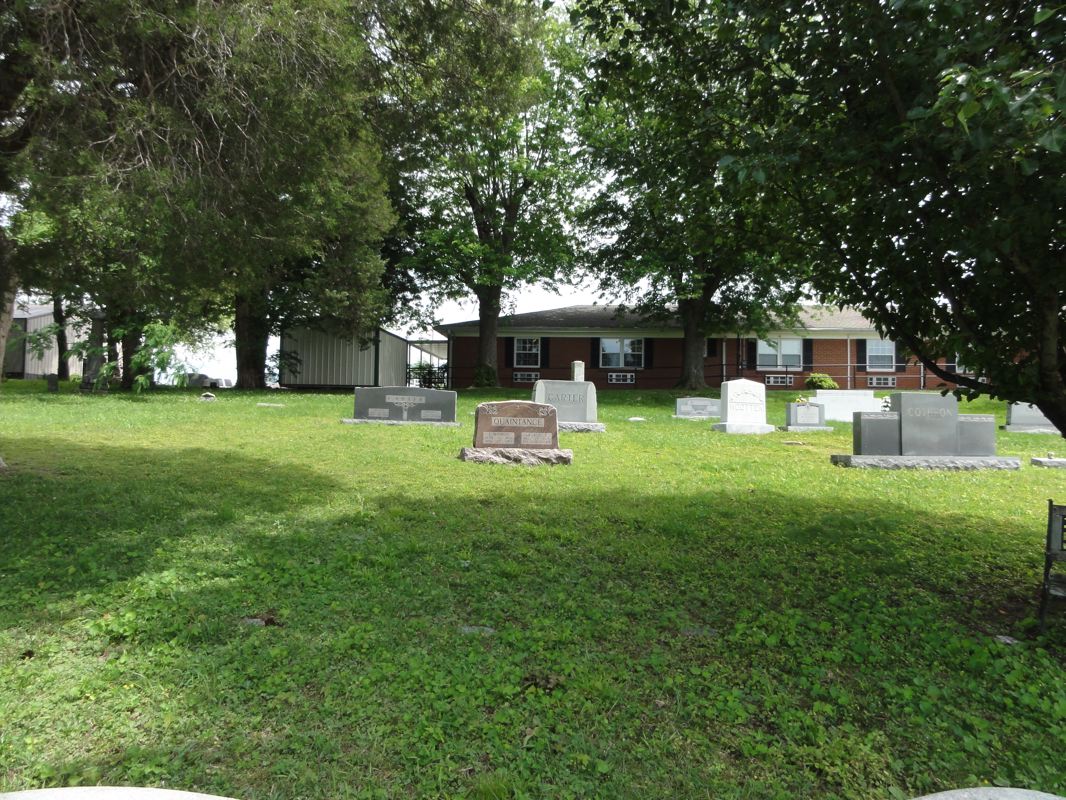 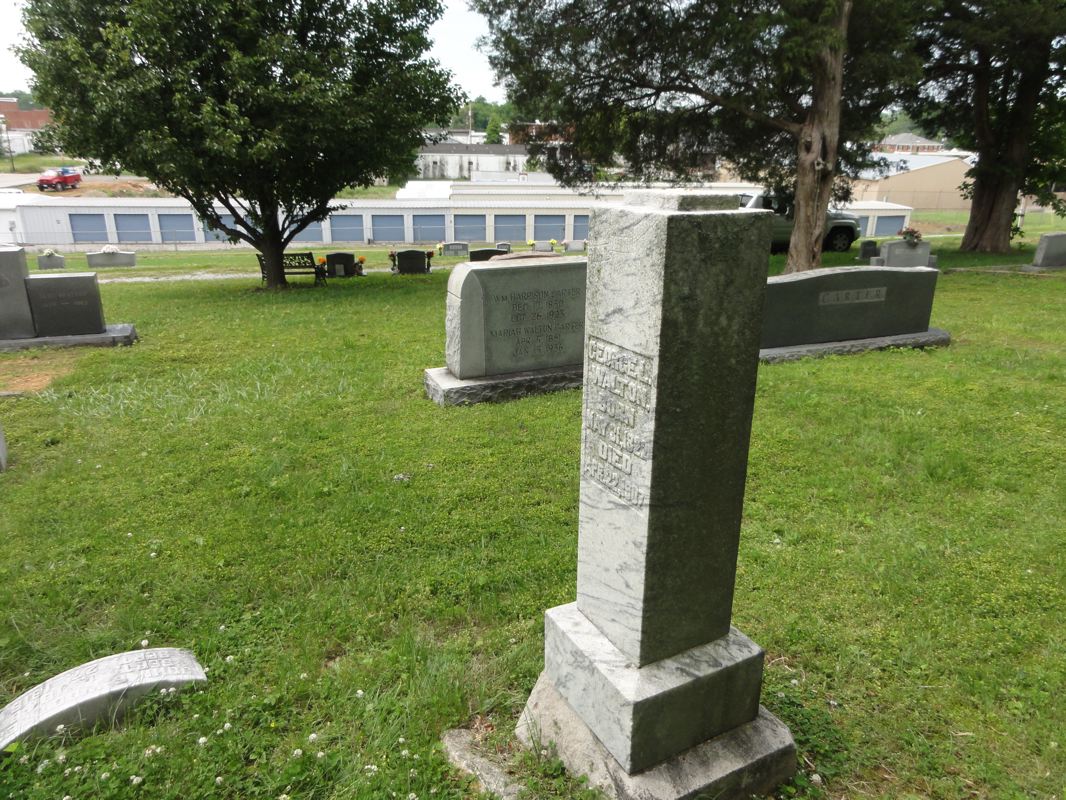 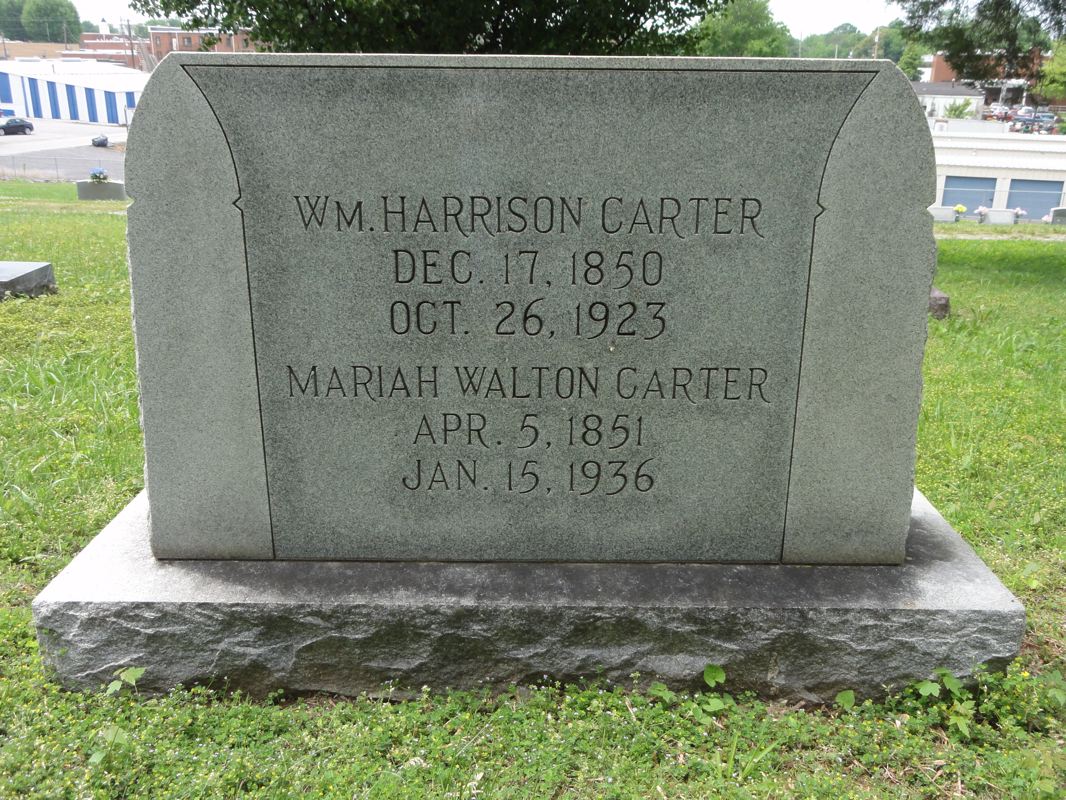 Photos Taken 05.2011
Courtesy of Scott Harp
www.TheRestorationMovement.com
Special Thanks to Tom L. Childers and C. Wayne Kilpatrick for assisting the locating and photographing of the graves on this page.