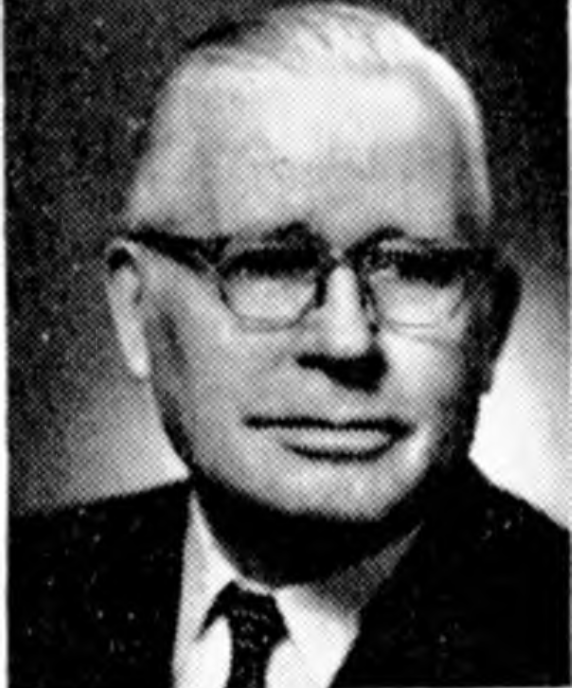 The Life of E. Gaston Collins

Edwin Gaston Collins was born in Huntland, Franklin County, Tennessee December 4, 1890. He was baptized into Christ by James K. Hill in 1906.

He married Ada A. Simm on October 22, 1913. To this union were born three daughters, Elizabeth Clair Cook, Verna Mae, and Wilma Glenn.

Gaston attended Maritime Bible and Literature College in Nova Scotia, Canada, where he studied music. He later returned to teach sight singing and mathmatics in this college for a time. When moving to Nashville, he attended David Lipscomb College in 1923, and for a time at State College in Murfreesboro, Tennessee.

He began preaching in 1910 in Mill Village, Nova Scotia, Canada. He preached in the summer of 1912 in Kentucky and in the summer of 1913 in Manitoba. Later he served the Algood-Livingston, Tennessee church from 1920-1922. For two years he served the church in Bridgeport, Alabama, 1923-1925. From there he went back to Canada, serving the church in Meaford, Ontario from 1925 to 1929. In 1929 he went back to the U.S. to assist in the forming of a new work in Dearborn, Michigan. After about six months, he left in 1930 to work with the church of Christ in Portland, Tennessee. Then in 1931 he moved to Nashville, working with about ten churches until the year of 1937. The church in Lawrenceburg, Tennessee requested his assistance as minister in 1937. For the next three years he attended to the work there, until in 1940, he and his family moved to Texas where he began working with the Broadway church in Lubbock. There only a couple of years, he moved to work in St. Louis, Missouri for work with the church there until departing for Woodsfield, Ohio in 1945. In 1948 he departed to Oklahoma, where he worked with the church in Ada for a couple of years. In 1950 he moved to work with the church Main Street church in Mt. Pleasant, Tennessee. After a couple of years he moved to Indiana and served the church in Borden. After five years he departed the work there at the end of 1957 for the work in Sullivan, Indiana in 1958.

For a number of years, brother Collins was involved in meeting work. He was a very capable song leader, and assisted other preachers in gospel meetings. He edited the paper, Christian Monthly Review in Meaford, Ontario from 1926 to 1929. He also served as Office Secretary for the Gospel Advocate Company between 1931 and 1937. He also served as Boys Work Secretary for the YMCA in Nashville, Tennessee from 1943-1945. In the early years of radio, he evangelized over KFYO, in Lubbock, Texas, on KADA in Ada, Oklahoma, on WLAC in Nashville, and one WSLM in Salem, Indiana.

Brother Collins and his family spent the last years of his life in the Nashville area. He parted from this life on March 6, 1970. Burial followed at the Woodlawn Cemetery.

(Reprint from Nashville newspaper) Services for E. Gaston Collins, 80 of 1107 Caldwell Lane, retired Church of Christ minister, will be at 3 p.m. Sunday (March 8) at Roesch-Patton & Cosmopolitan Funeral Home. Thornas C. Whitfield, minister of the Central Church of Christ, will officiate, assisted by Clyde Hale, Church of Christ minister. Burial will be in Woodlawn Memorial Park. Mr. Collins died Friday at Medicenter after an illness of several weeks. Mr. Collins had held pastorates in Tennessee, Alabama, Ohio, Indiana, Oklahoma, Texas and Ontario, Canada. At one time he was office editor of the Gospel Advocate here and editor of the Canadian periodical, The Christian Monthly Review. (Editor's note: Many older ones in the Louisville area remember Bro. Collins for his participation in the early Fellowship Weeks, which began in 1948.)

Woodlawn Cemetery is located in the southern side of Nashville, Tennesse on Thompson Lane. The exact location of the grave is shown below in the map. The grave is easily found if noting the surroundings of the photos below. Located just to the (left) west of the funeral home. Many preachers are buried in this cemetery. Section: Religion A. 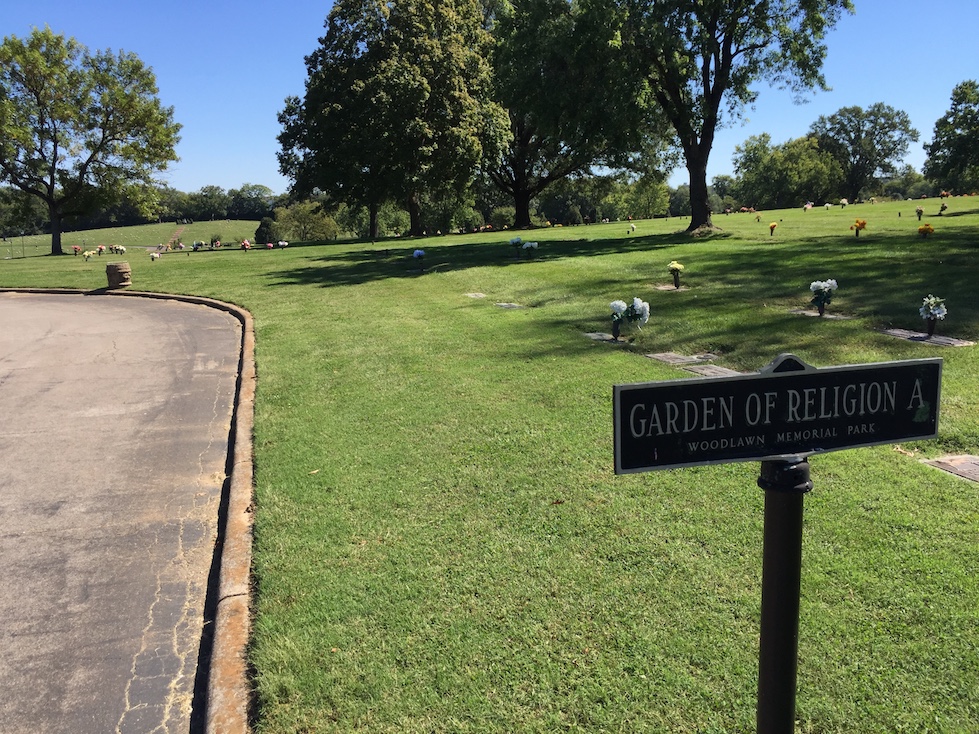 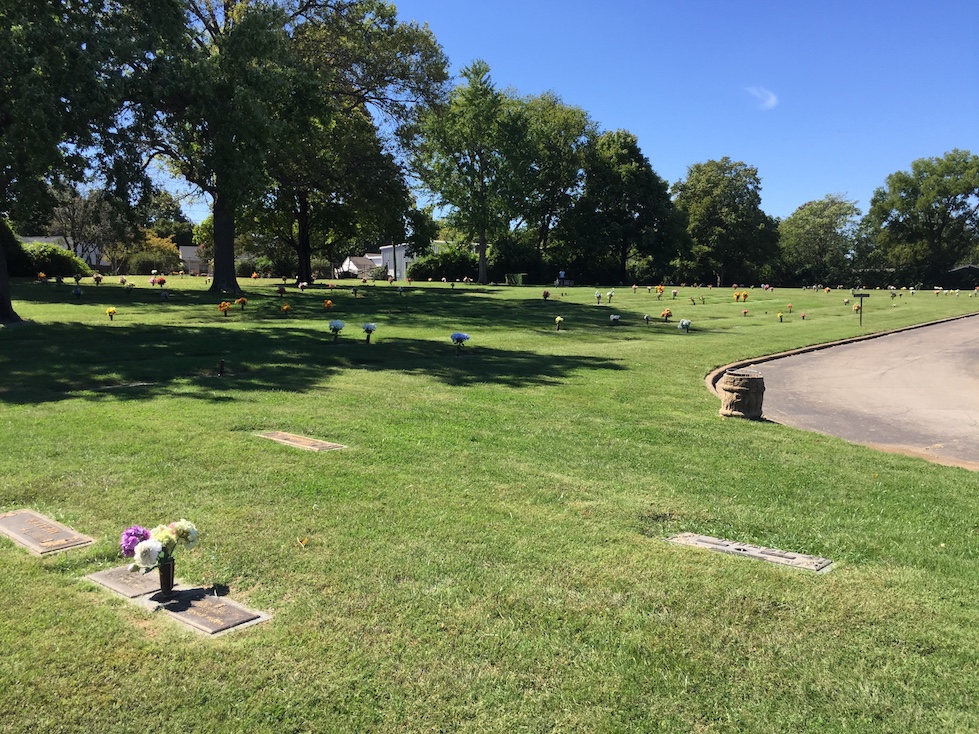 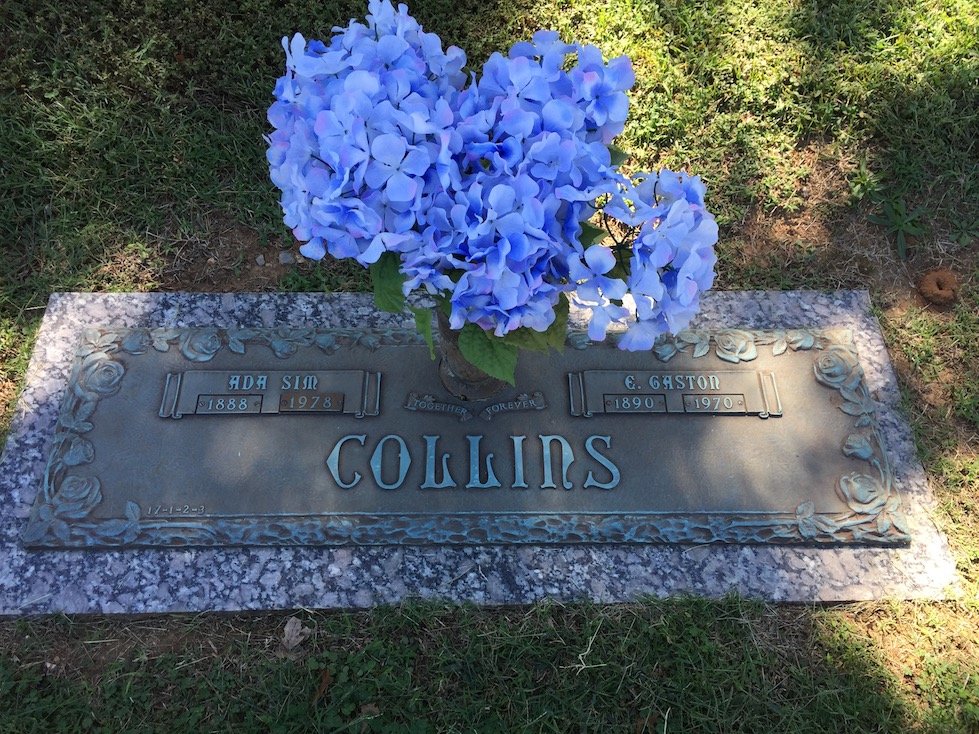 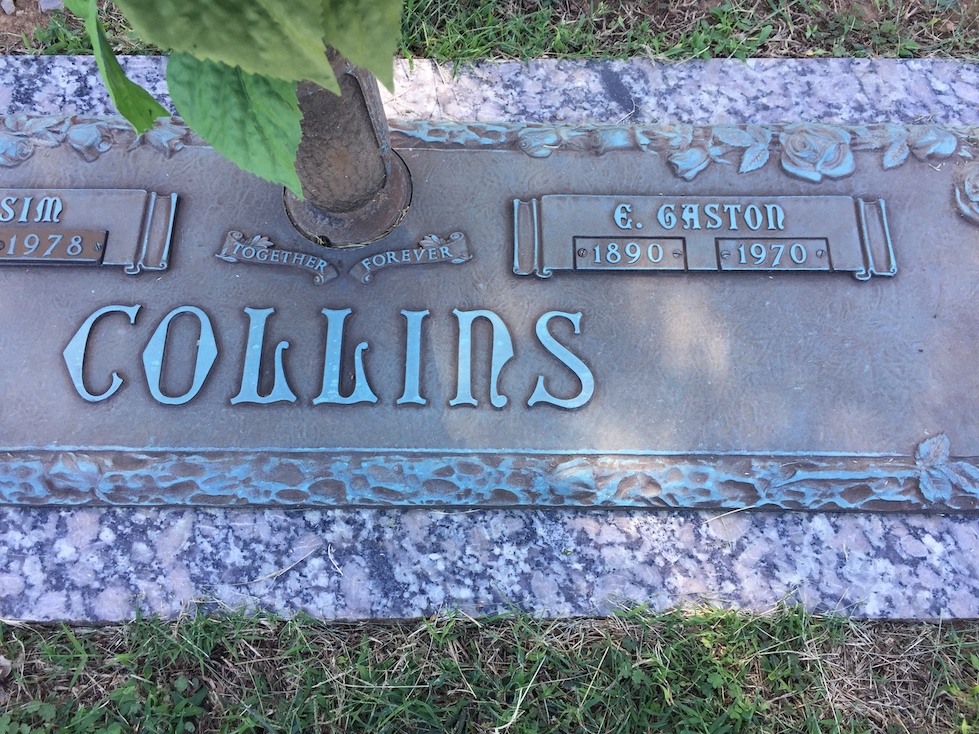