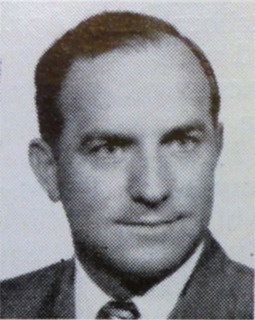 Churches he served through the years include the work at Twelfth Avenue in Nashville from 1926 to 1929, the South Side church of Christ in St. Louis, Missouri from 1934 to 1936, and the Northwest church of Christ in Chicago, Illinois from 1938-1940. Early in his ministery he conducted several gospel meetings per year, sending reports of results to the Gospel Advocate and Firm Foundation. He entered full time meeting work in the late 1950s. He conducted meetings full time for eighteen years throughout the United States and Canada, holding one hundred meetings in the area around his home in middle Tennessee. Through his efforts, 10,000 people were converted, of which twelve were gospel preachers, and fifteen became elders. In all he established eight new congregations.

Over the years he wrote for some of the religious papers like 20th Century Christian, Gospel Advocate and the World Evangelist. In 1968 he released a volume of the New Testament entitled, The Christ-Emphasis New Testment. In it he added headings for each chapter showing its emphasis on Christ. Known as a master expositor of the Scriptures, this volume presented many introductions for expositions of the Scriptures. He was the President and owner of "Bible Emphasis," an international distributor of Bibles and church supplies. In the early 1970s he served as a volunteer instructor for the Great Commission School, held in different congregations in the Nashville area.

He entered full-time evangelistic work again in 1967. During this time he held foreign missions in the British Isles. In 1968 he conducted a campaign in Belfast, Northern Ireland. And, in 1972 he conducted a mission effort with David East in the country of Scotland, preaching particularly in Edinburgh.

Craddock was a debater as well. He held debates on Adventism, "Lord's Day vs. Sabbath," in 1934; "Kingdom Establishment," in 1949; and "Christ vs. Modernism," in 1949. He preached over the radio in over fifteen states.

By the late 1950s he settled back in Nashville and worked among the brethren at Nolensville Road.

Edward J. Craddock finished his tour here on earth on January 22, 1993. He was buried in the cemetery at Mt. Olivet in Nashville, a short distance from many great men and women who fought the cause of the Lord in the early days of the Restoration Movement in the area. 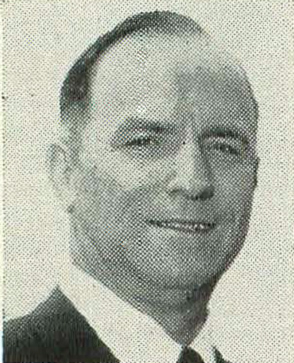 Brother Edward J. Craddock, 87, died at his home at 4701 Lebanon Road in Nashville, Tennessee, on January 22, 1993. The funeral service was held January 26. Steve Hale, local preacher with the Mt. Juliet Church of Christ, and two long-time preacher friends, Charles Davis and Ray Dillard, conducted the funeral. lie was buried in Mt. Olivet Cemetery. He is survived by his wife Ann Hayes Craddock, a faithful companion in the later years of his life.

Edward began preaching at age 17 at the 12th Avenue congregation in Nashville. He preached for years all over the United States and Canada. Thousands were baptized, congregations were started, and untold number of young people were encouraged to leadership in the church. Only four times did he pause to do local work: Chicago, St. Louis, Portsmouth, Ohio, and Nashville. He held over 100 Gospel meetings in Nashville alone. He was a member of the Civitans and delivered messages to hundreds of high school students.

In 1967 brother Craddock created and published The Christ Emphasis New Testament. For the last few years he had been editing the work of dozens of qualified and faithful brethren for The Christ Emphasis Bible. He finished the editorial work and got it ready for publication before he died.

Truly a great preacher and writer has passed from among us.

Craddock began preaching when he was 17 at the 12th Avenue Church of Christ in Nashville, Tenn. He preached until he died in cities across the United States and Canada.

It is reported that thousands were baptized as a result of his preaching, new congregations were formed, and many young people were encouraged to become leaders in the church. As a member of the Civitan Club, he was afforded opportunities to deliver messages to hundreds of high school students.

Funeral services were conducted Jan. 26 by Steve Hale, Charles Davis and Ray Dillard, close friends of Craddock. He was buried in the Mt. Olivet Cemetery on Lebanon Road, Nashville.

Directions To The Grave of Edward J. Craddock 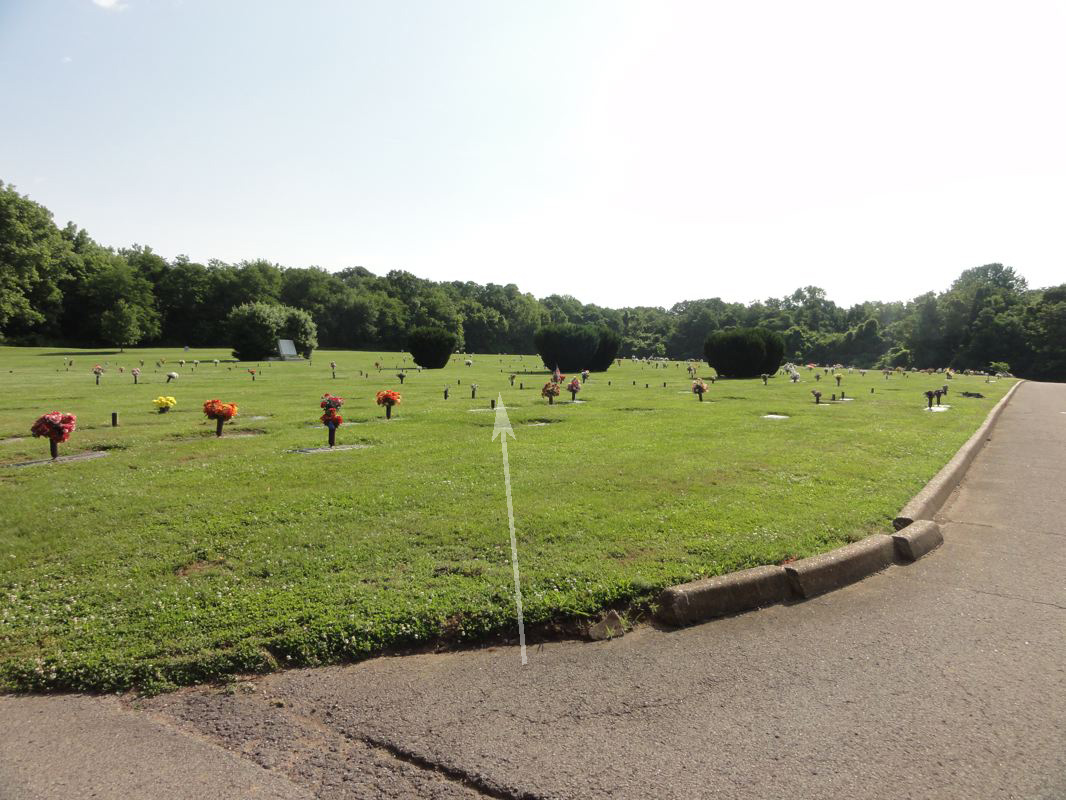 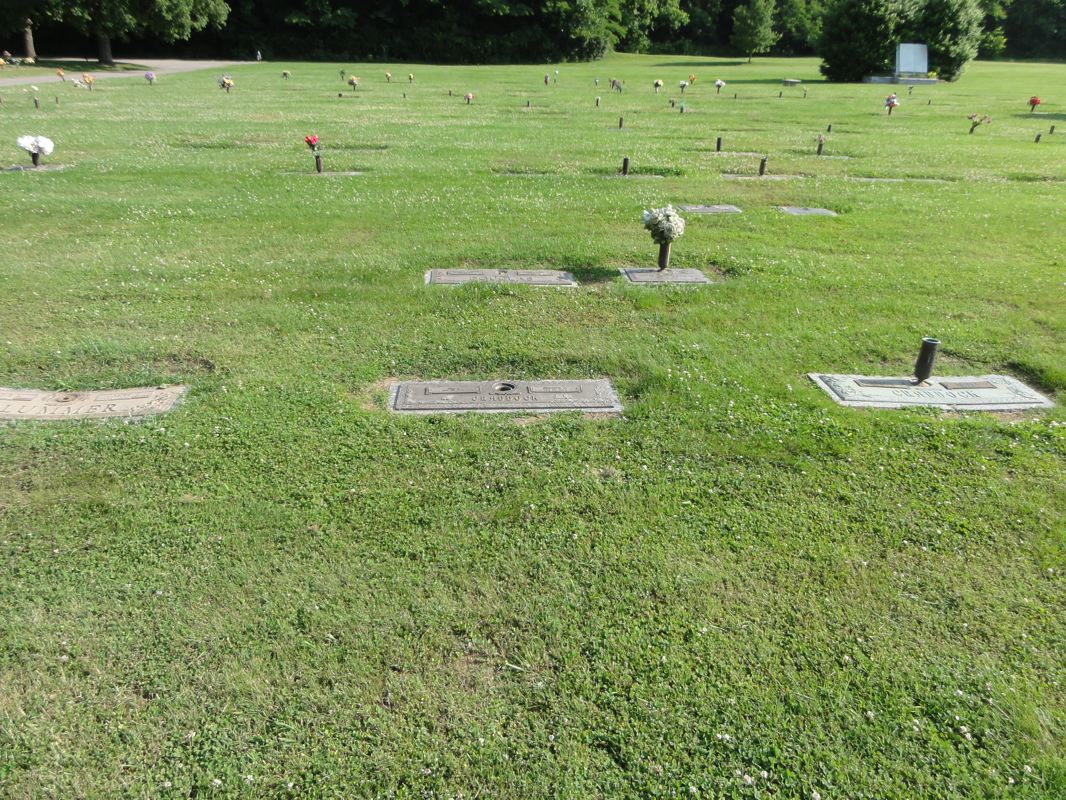 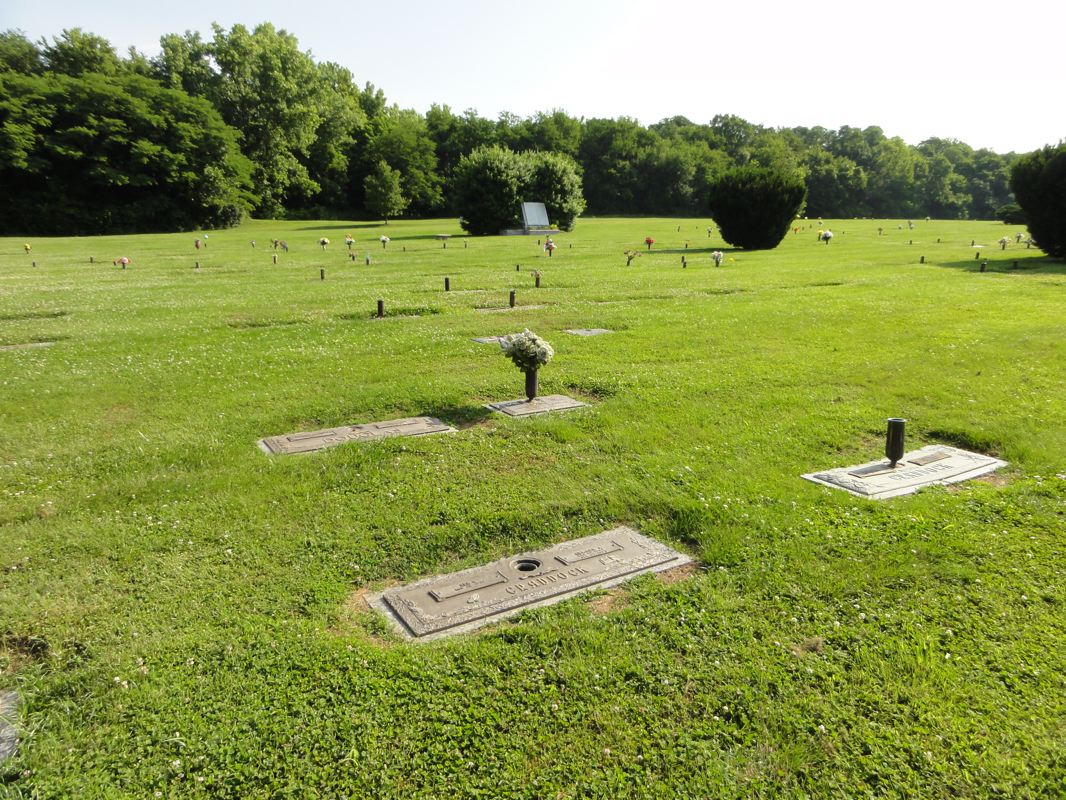 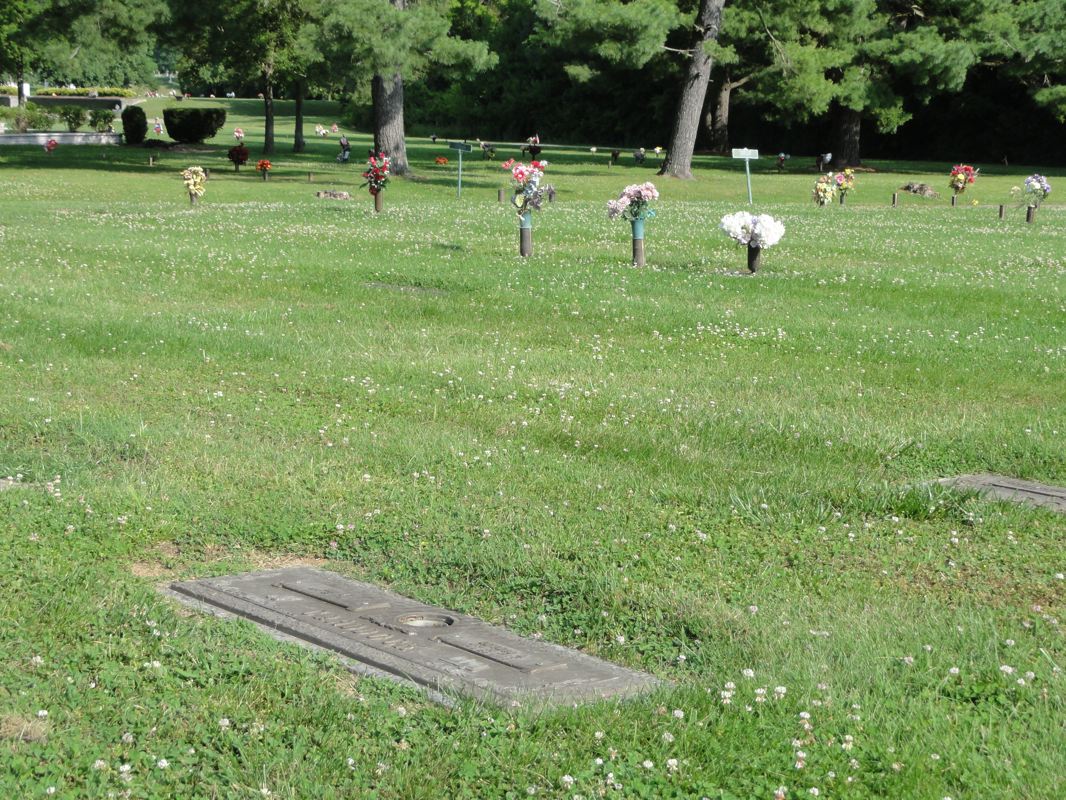 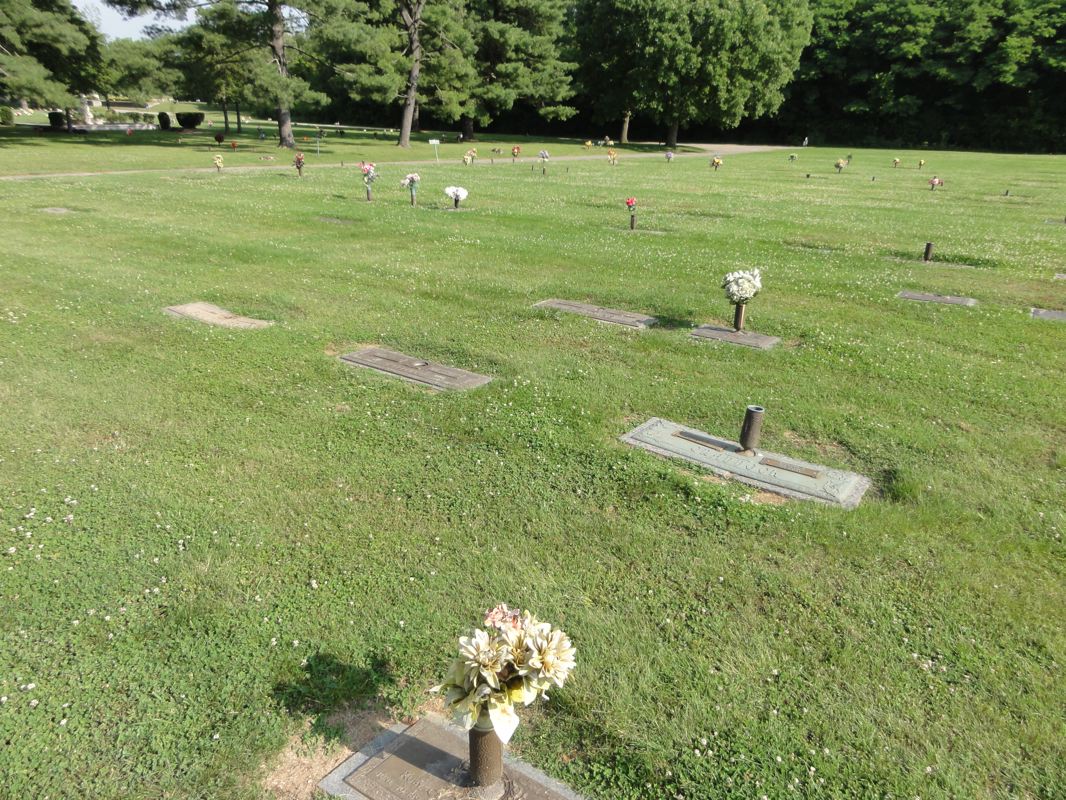 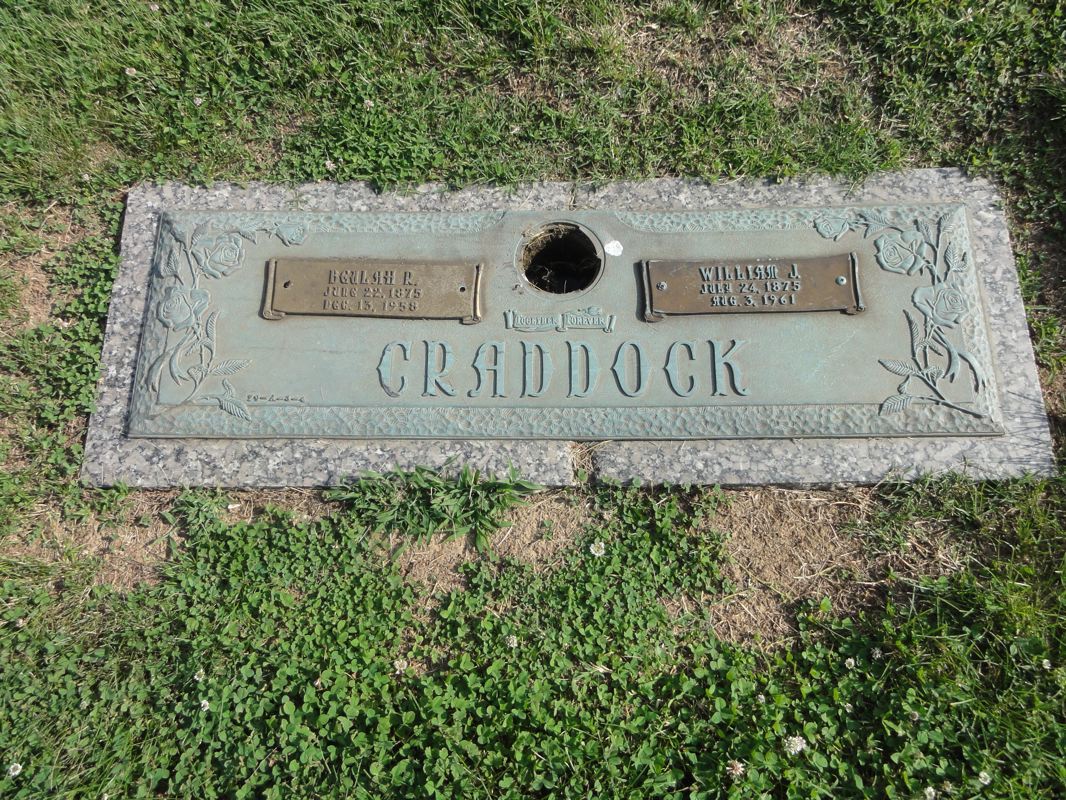 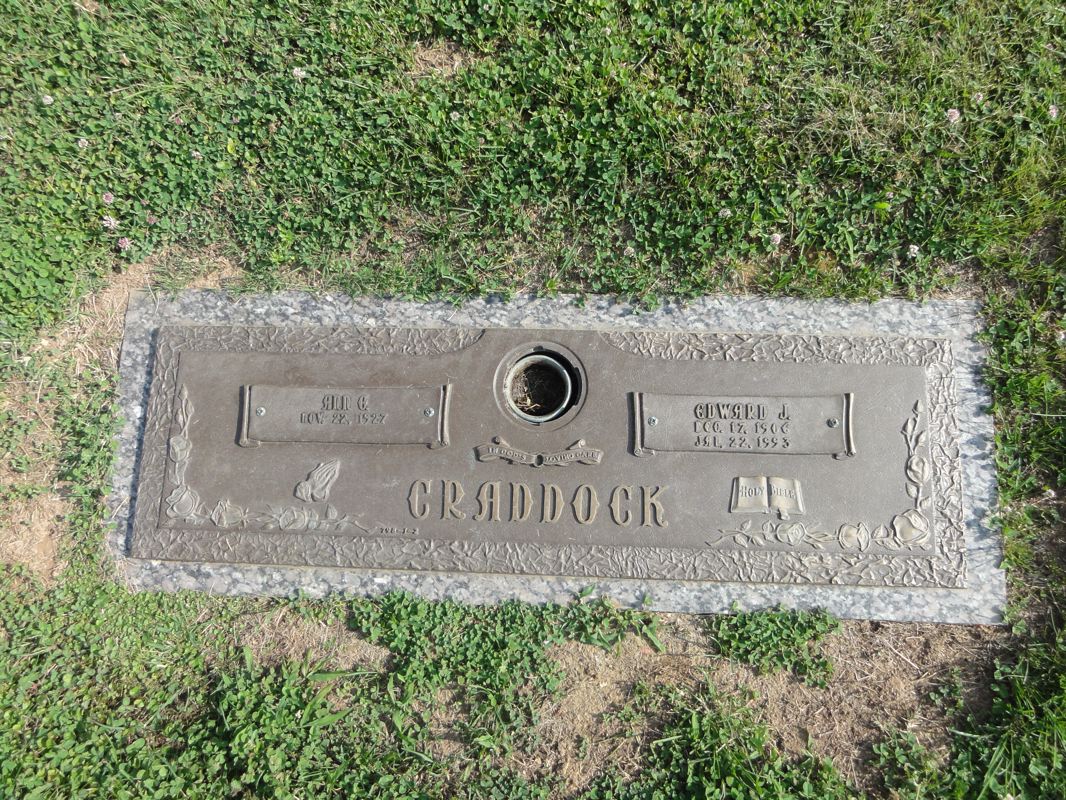 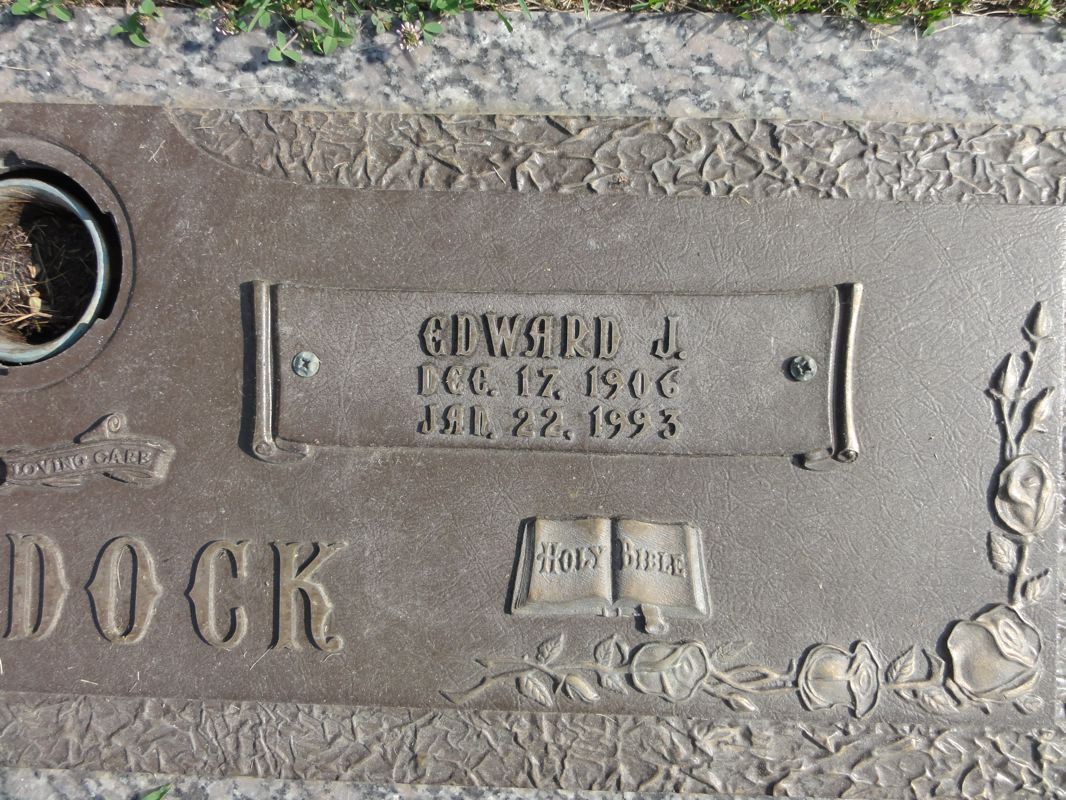 Web Editor's Note: The day I visited the grave of Edward J. Craddock, I had just begun a week's Restoration Research trip with my dear friend Tom L. Childers. We had been set to meet at Crieve Hall Church of Christ where I would leave my truck at around 10am. As I arrived early in Nashville, I had an opportunity to run over to Mt. Olivet to find a few graves. A year or so earlier I have found the information on Craddock's grave, but had never located it. It was the first day of my good trip with Tom that I took these photos.