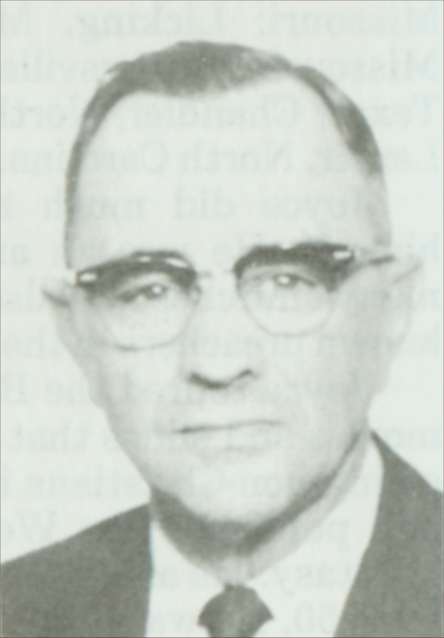 Biographical Sketch On The Life Of John Wilson Holladay

John Wilson Holladay was born October 11, 1908, at Holladay, Tennessee. He was the son of Oscar Demmon and Lela Ellen (Woods) Holladay. He attended and graduated from David Lipscomb High School. Later he attended David Lipscomb College and Freed-Hardeman College.

On November 7, 1937, John Wilson Holladay married Miss Nancy Lorene Bradfield. To this union one son and one daughter were born. The son was Olian Dean and the daughter was Melba Jean.

Wilson had a strong desire to preach at an early age, but financial difficulties and a lack of confidence in his ability as a speaker caused him to abandon the idea.

When World War II broke out he went into defense work as a carpenter. It was after his children were in elementary school that he went to Freed-Hardeman College for two years in order to go into full time preaching. It was a big sacrifice for him and his family, but he did well.

Since starting so late in life, Holladay never became what people consider a "big" preacher, but as a dedicated Christian and a sound gospel preacher he was unexcelled. He loved his family, his friends, and his Savior and cared little for this world's goods. Many people, whose lives he touched, have been made better, and his influence will be felt for many years.

Holladay began preaching in 1952. At first he preached in country churches near Nashville, Tennessee. He preached at Beaver Dam in Benton County and Christian Chapel in Henderson County. Places where he did full time local work were Bakersville, Missouri; Mascot, Tennessee; Newbern, Tennessee; Rives, Tennessee; Glendale, Tennessee; Maben, Mississippi and Trezevant, Tennessee. States in which he held meetings were Tennessee, Arkansas, and Missouri.

Holladay encouraged one young man, Ken Willis, to become a gospel preacher and doubtless his good influence, his wonderful example and his good work influenced others to also become preachers.

He had been retired from full time work for two years and was living in Parsons, Tennessee, where he and his wife were married in 1937. He was preaching for the Christian Chapel Church of Christ where he had begun preaching many years before entering full time work. He preached his last sermon on January 8, 1978, one month before his death.

Funeral service was held at the Holladay Church of Christ in Holladay, Tennessee (near Parsons), with Ken Willis and Charles Brown, officiating. Interment was in the Christian Chapel Cemetery.

Location Of The Grave of J.W. Holladay

John Wilson Holladay is buried at Wildersville, Tennessee in the Christian Chapel Cemetery, adjacent to Christian Chapel Church of Christ. This location and church was the area where W.A. Bradfield was reared. Bradfield's grandparents are buried to the right of the sign below. Travel to where the road "Y" and Bradfield's parents are to the right of the "Y". Many of his relatives are buried here. To get to this cemetery, in West Tennessee take I-40 to Exit 116, Natchez Trace State Park Exit. Travel south (Cty. Rd. 114 - Camden Rd.) into the park until you come to the intersection to the major intersection, where the park offices, stores, etc. exist. Turn left S.E. onto Shiloh Trail and go .4 miles. Then turn right (South) on Cub Lake Trail and go 2.1 miles. The bear left (East) onto Parson's Rd. Go .5 miles and turn right (south) onto Darden Christian Chapel Road. Go about 1.9 miles to church building/cemetery. 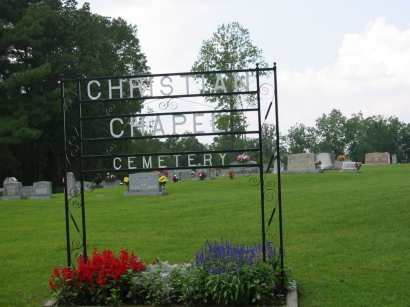 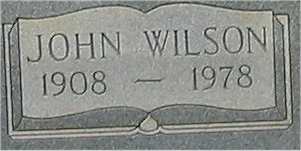 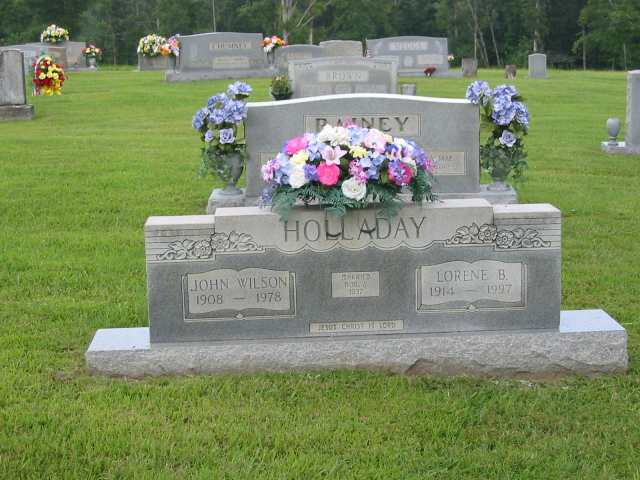 Special Thanks To Tom Childers of Henderson, Tennessee Who Recently Found And Took Pictures Of The Holladay Grave Marker, And For Sending In Good Directions To The Cemetery.