The Life of J. S. Holloway

James Samuel Holloway was born June 14, 1860 in Overton County, Tennessee. He was the son of George Washington Holloway (1837-????) and Mary F. Harp (1839-1869). James’ father was a farmer, and they lived where they could carry out his trade. They lived for a time in Gainsboro, Tennessee, but the U.S. Census for 1870 and 1880 shows him living with his parents in Jackson, Tennessee.

He was married to Nancy Jane Meadows on July 25, 1887 in Jackson. He was 27 years of age. They gave the world eleven children in their lives. He continued in his father’s footsteps to support his growing family, but he greatly desired to preach the gospel.

The family moved back east to Putnam County where he supported his family mainly through farming. As he had little of this world’s wealth, he never let it hold him back from serving the Lord the best he could. He farmed through the week, but on the Lord’s Day he went somewhere to preach. Often walking to his appointments, he did not complain. Over his lifetime, he assisted many in life and in death. He married many and comforted those who suffered loss. But he preached the unsearchable riches of Christ, and as a result many gained a knowledge of the truth. We do not have many examples of his presence in the world. Below is an example of the genuine pathos that appeared in his report of the death of a dear sister, whose family he assisted in the heartbreak of their loss. It would only be a short three years before he followed this Christian lady to place the that knows no end.

Brother Holloway, laid down his mantle in the eightieth year of his age on September 16, 1940. He was laid to rest in the Cookeville City Cemetery to await the coming of the Lord.

An Example Of The Genuine Pathos In The Writing Of J. S. Holloway 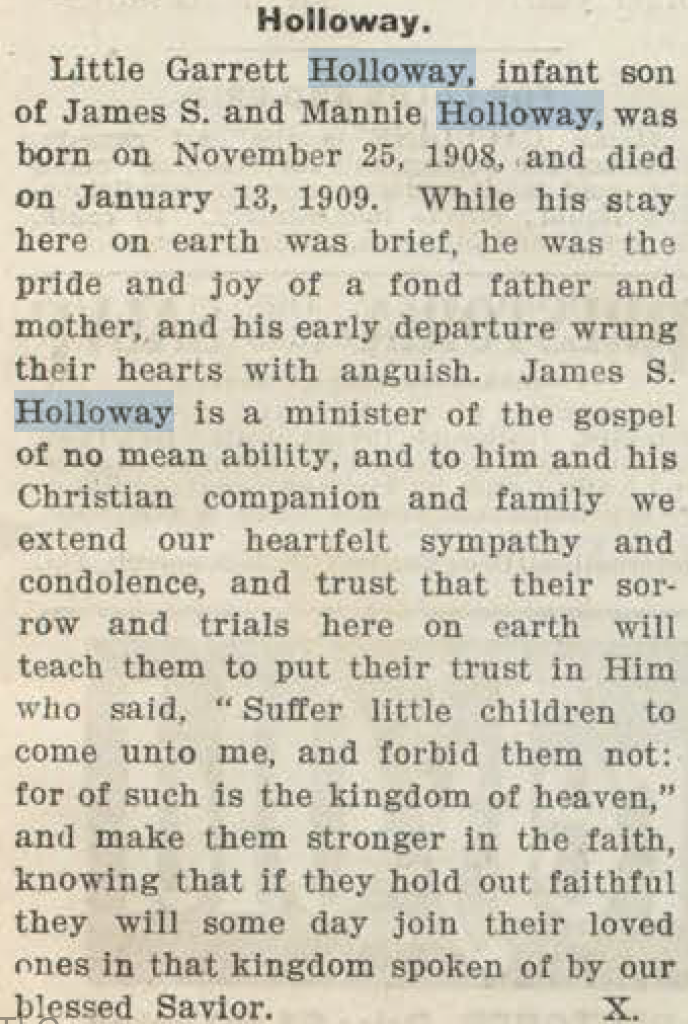 James Samuel Holloway was born June 14, 1860; died September 16, 1940. He was eighty years old. He was married to Nancy Jane Meadows, April 25, 1887. To this union were born eleven children. Three died in infancy. Funeral services were conducted at Zion Church. Clarence Cook and John William Fox conducted the funeral. Brother Holloway lived at a time when there were few congregations in Jackson County. He worked on the farm and supported a large family. Very frequently he walked to his appointments with his Bible under his arm. He received very small remuneration from his preaching. He was very zealous and consecrated. There are forty-two congregations in this county at present. He did a great work. He preached forty years.

James and Nancy Holloway and some of their children are buried in the Cookeville City Cemetery in Cookeville, Tennessee. In East Tennessee take I-40 to Cookeville. Take exit 286, and head north into town on S. Willow St. (Hwy. 135). Turn right in town on W. Spring Street (Hwy. 70N/24). Just across Scott Avenue, the cemetery will be on your right. Enter the first entrance to the cemetery and proceed down the drive to the bottom of the hill. You will pass the third drive on your left, and then begin looking to the right for the monument designated COOKE. (Also a gospel preacher) Stop here, and look the opposite way toward a large tree. The Holloways are in the direction of the tree. See map below for the exact GPS location of the grave in the cemetery. While here be sure and visit the other preachers buried here, Malcolm L. Hill, W. Clarence Cooke, and J. D. Walling. 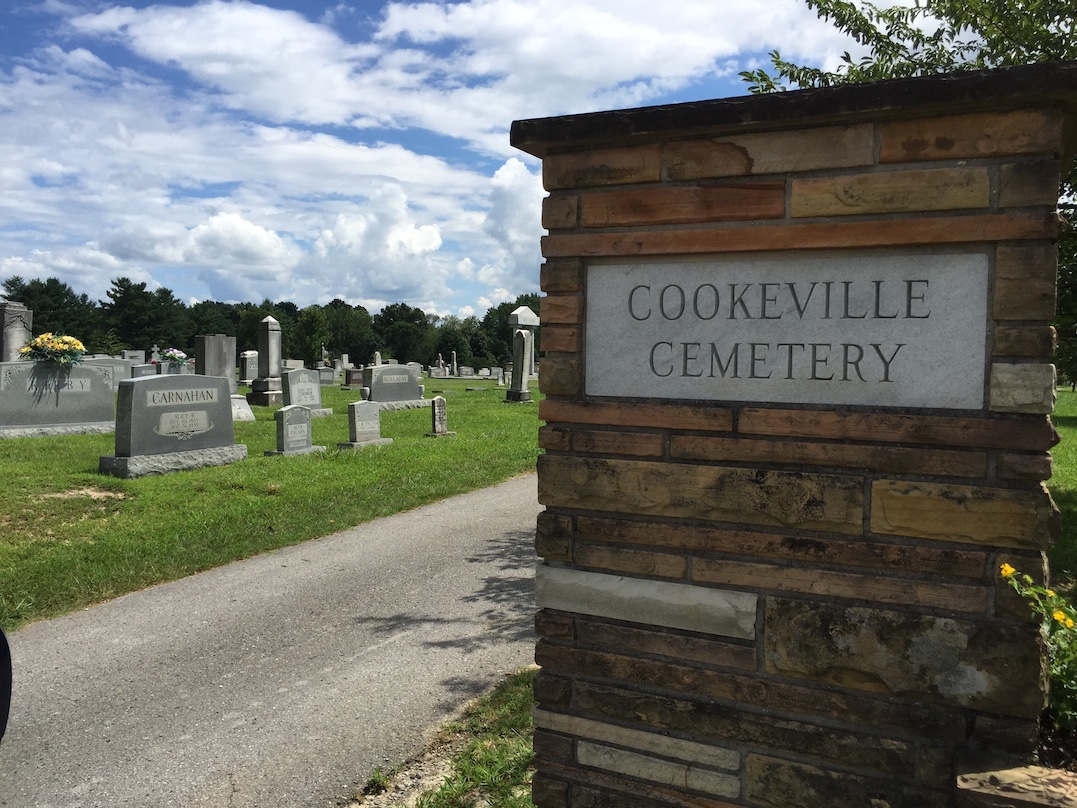 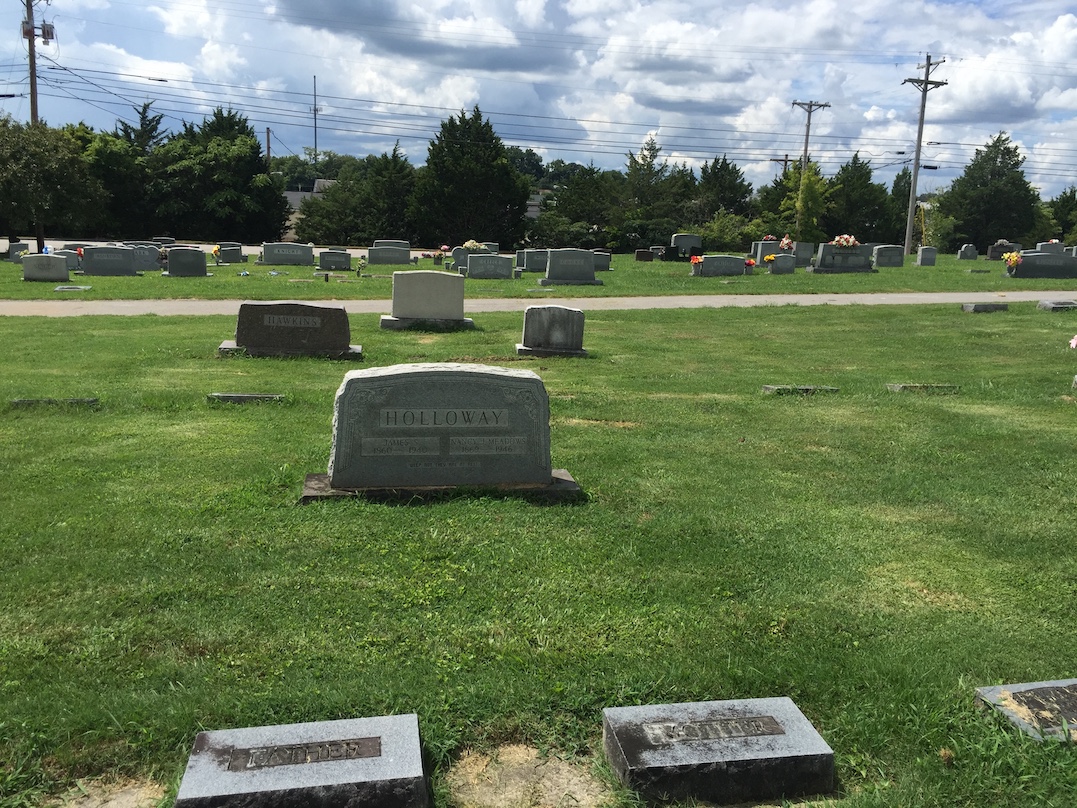 Another gospel preacher, W. Clarence Cooke is buried just across the drive, and a little to the right. 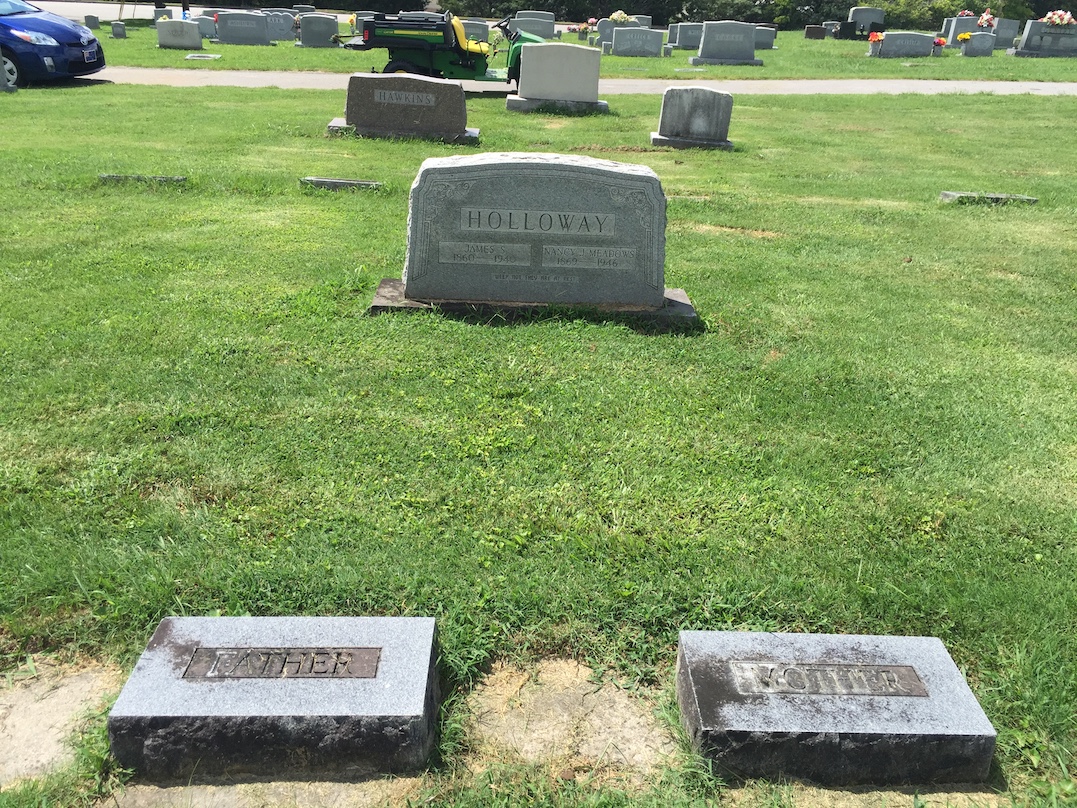 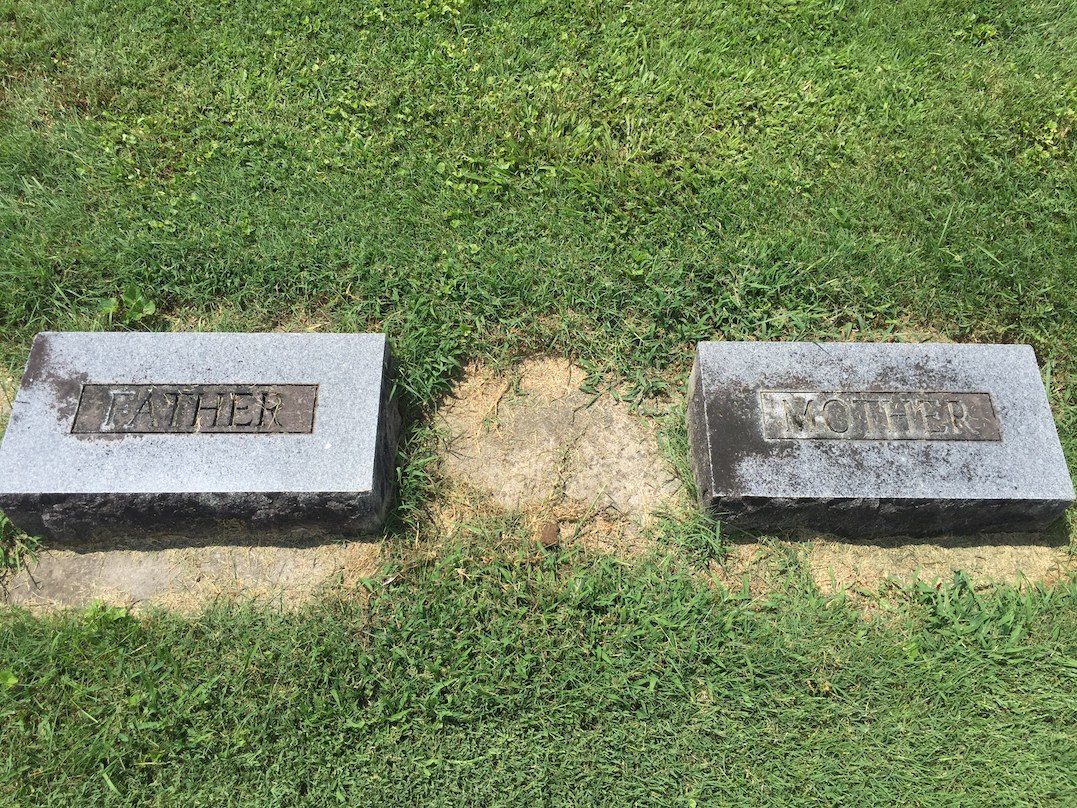 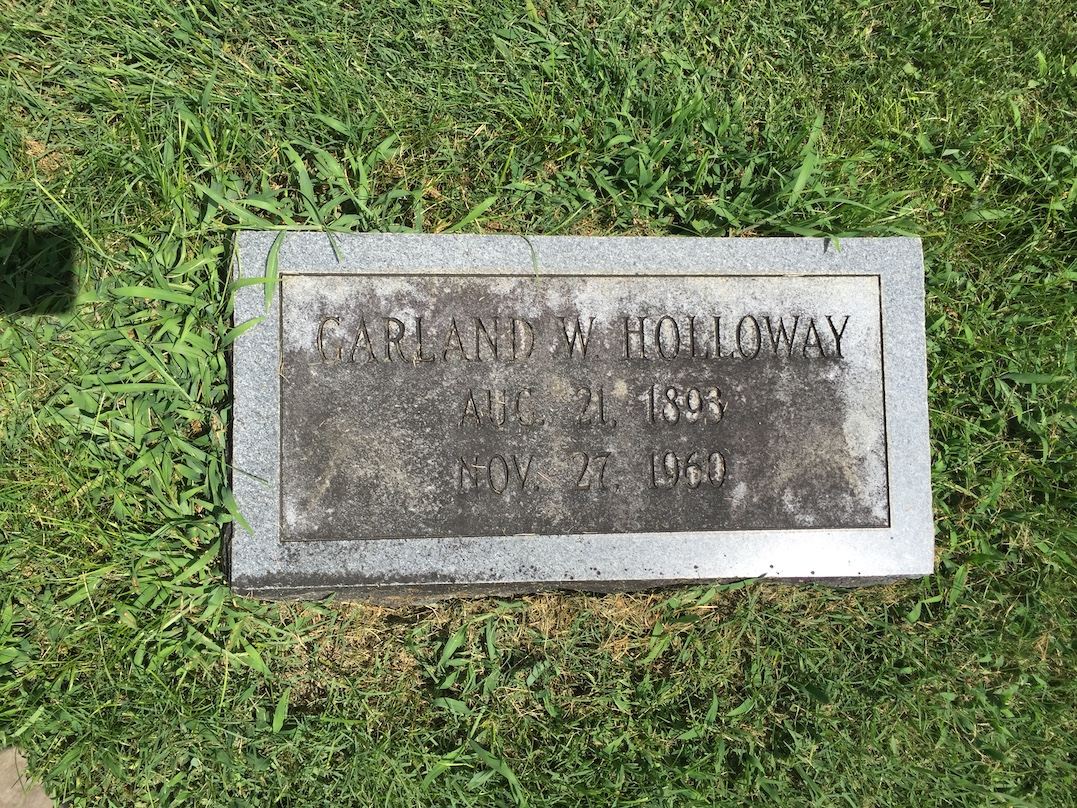 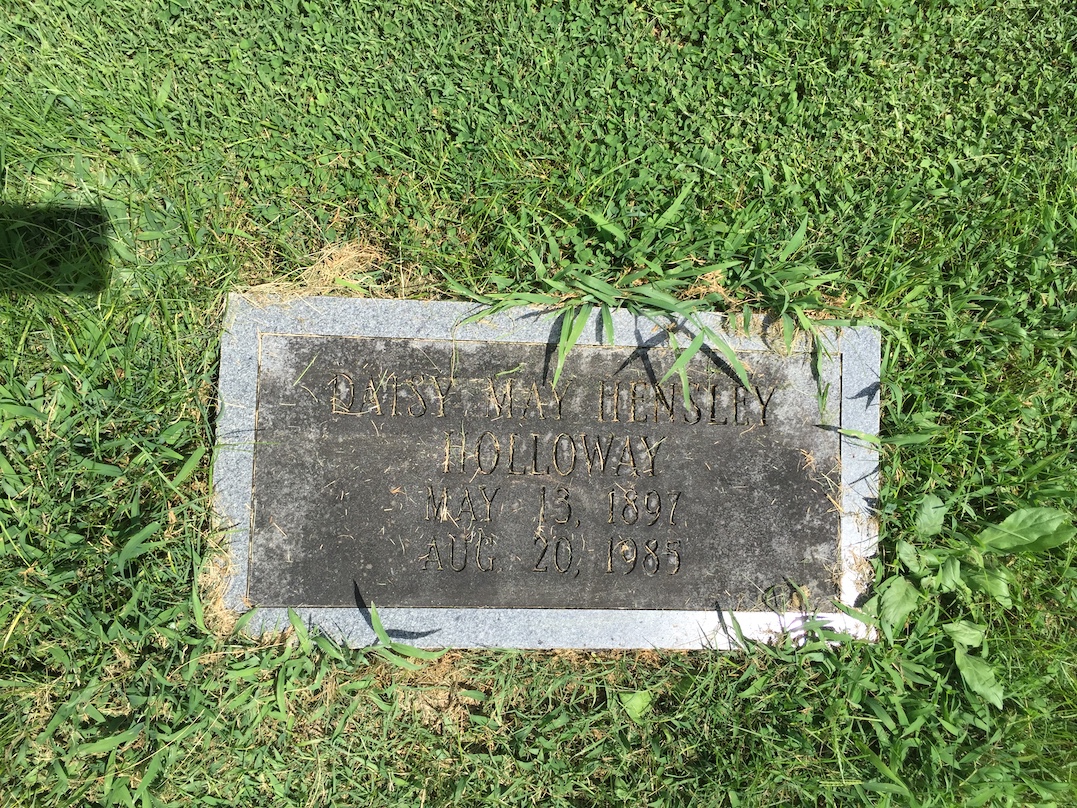 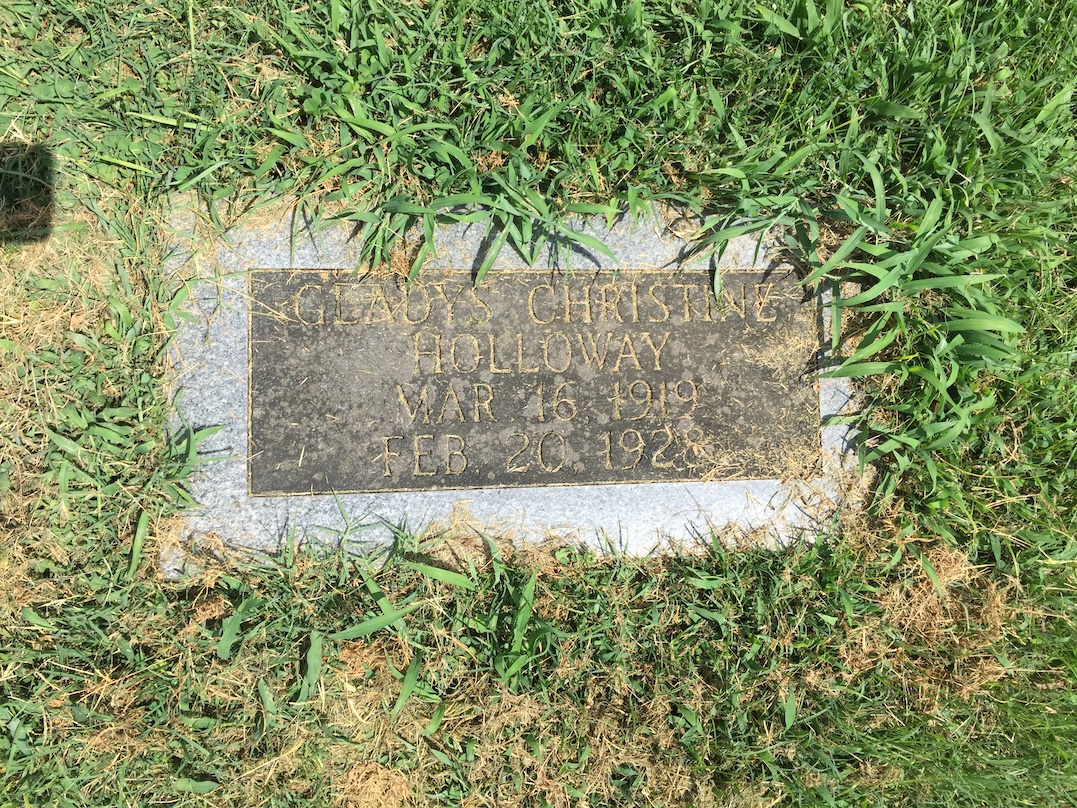 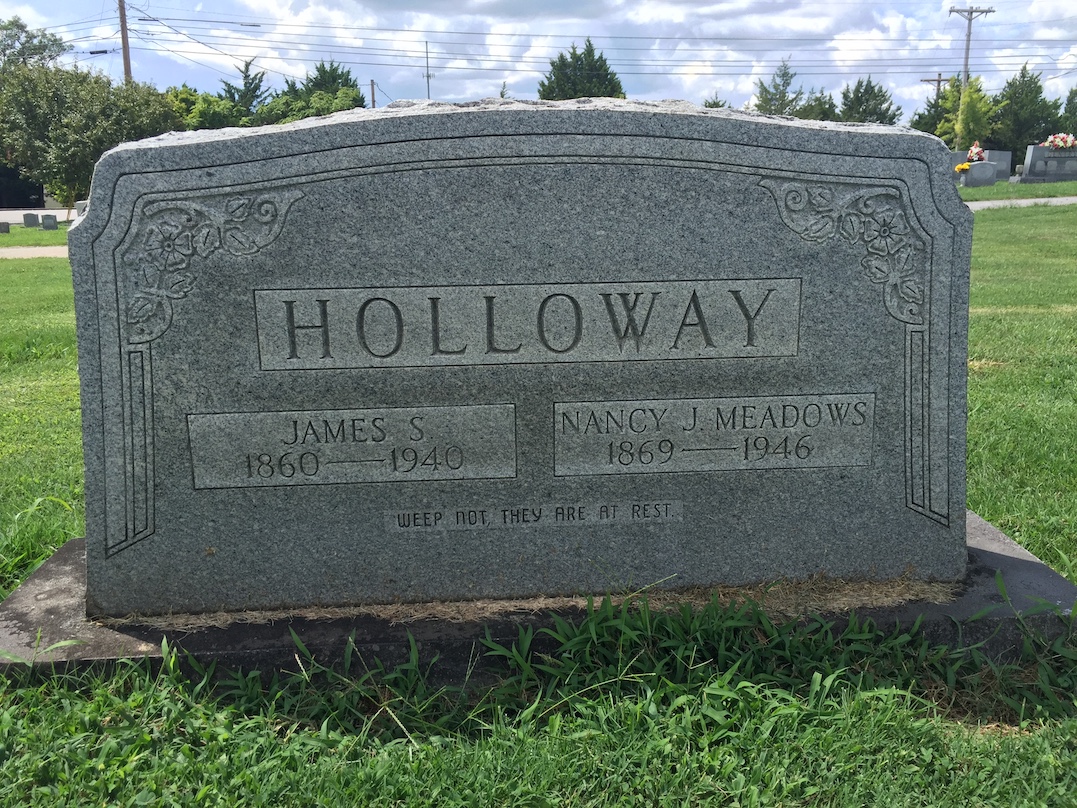