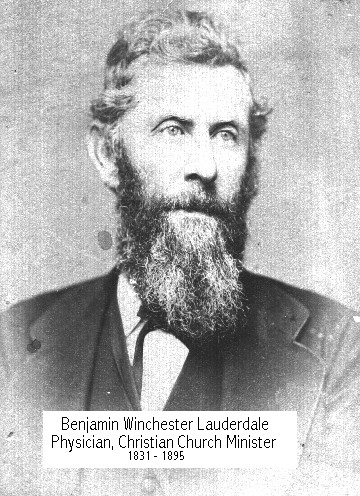 Elder B. W. Lauderdale departed this life at Bailey, Tenn., Oct. 15, 1895, after an illness of several months. He was born in Sumner County, Tenn., in 1831; obeyed the gospel in 1847. He graduated in medicine from the University of Louisville, Ky., in 1853. He moved to Dyer County, Tenn., in 1853, and was married in 1860, and in that year moved to Shelby County, Tenn. His home was in Texas at the time of his death. He began to preach in 1868, and knew well the lesson enjoined by Paul upon Timothy of "rightly dividing the word." He died as he had lived, faithful and fearless, with no terror before him, but calmly awaited the summons to the world beyond. His life is fragrant with the incense of good words and good deeds, and the memory of his many virtues will be embalmed in loving hearts. The greensward will soon cover his new-made grave, and the woodland songsters carol their morning hymns over the place of the sleeper; but he hears them not, for his spirit, now beyond the stars, sings a sweeter song than has ever fallen on mortal's ears. "Blessed are the dead who die in the Lord, for they rest from their labors, and their works do follow them." 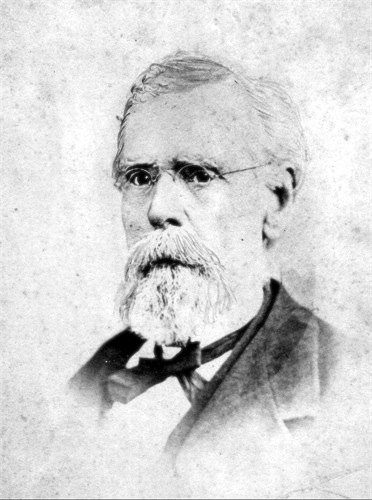 Dr. B. W. Lauderdale was born in Sumner County, Tenn., June 30, 1831 and died in Shelby County, October 15, 1895. being reared by a noble Christian mother, he united with the Church of Christ at age sixteen. he graduated from the Louisville Medical College in 1853 and practiced medicine until after the war. He was married in 1860 to Miss Mary C. Taylor, of Tennessee, with whom he lived happily for more than thirty-five years, and who still lives to mourn his loss. He entered the Confederate service as a surgeon in 1862 and served till the close of the war without losing a day for sickness or leave of absence, surrendering under General Forrest, May 28, 1865. He began preaching in 1868, and remained actively in the ministry until death, allowing nothing to keep him from his master's work. He lived to bless humanity. he was always charitable and generous even to a fault. His skill and experience as a physician made his life as a minister a double blessing for the sick. Though he gave up the practice of medicine on entering the ministry, his life continued to be largely given to the ministrations on the sick. During the awful yellow fever scourge of 1878, he gave himself for weeks and months wholly to nursing the sick and dying, regardless of personal safety and without hope of earthly compensation. For more than twenty-seven years he preached the gospel incessantly over a large area of six or seven states. He founded many churches, and is estimated to have brought into the master's fold no less than two thousand souls. He delighted to nurse weak churches into self-sustaining strength. His character was without spot or blemish in as high a degree as it seems possible for mortals to attain. His life, after his entrance into the ministry, was devoted and consecrated to the one great purpose of preaching the "unsearchable riches of Christ." His oft-expressed desire was to spend and to be spent for the Master. His faith in the promises of God was boundless. He said he had long since settled his eternal interests on an eternal basis. -Frank Saffarrans,www.tngenweb.org.

Married: Mary Caroline Taylor, daughter of Andrew Taylor and Clarissa Polk, 3 Mar 1860 in Shelby Co, Tennessee. Dr. Lauderdale was an Asst Surgeon for the 19th Tennessee Cavalry, CSA. He was the son of Samuel Holmes Lauderdale and Mary Hall Winchester.

Directions To The Grave of B.W. Lauderdale

Benjamin W. Lauderdale is buried in the Magnolia Cemetery just east of Memphis, Tennessee in the town of Collierville. On Hwy. 72 head east of Memphis. In Collierville, turn left on Quinn Rd. (Note if you pass the Winfield Dunn Pkwy. you've gone too far) Quinn Road goes right beside the cemetery. Head to the far end and turn right on Keough Road. Enter the entrance of the cemetery on the north side of the cemetery. Go to the center and head through the roundabout. Continue straight ahead like you are heading to the office. Just past the center circle, the Lauderdale plot will be on your left. 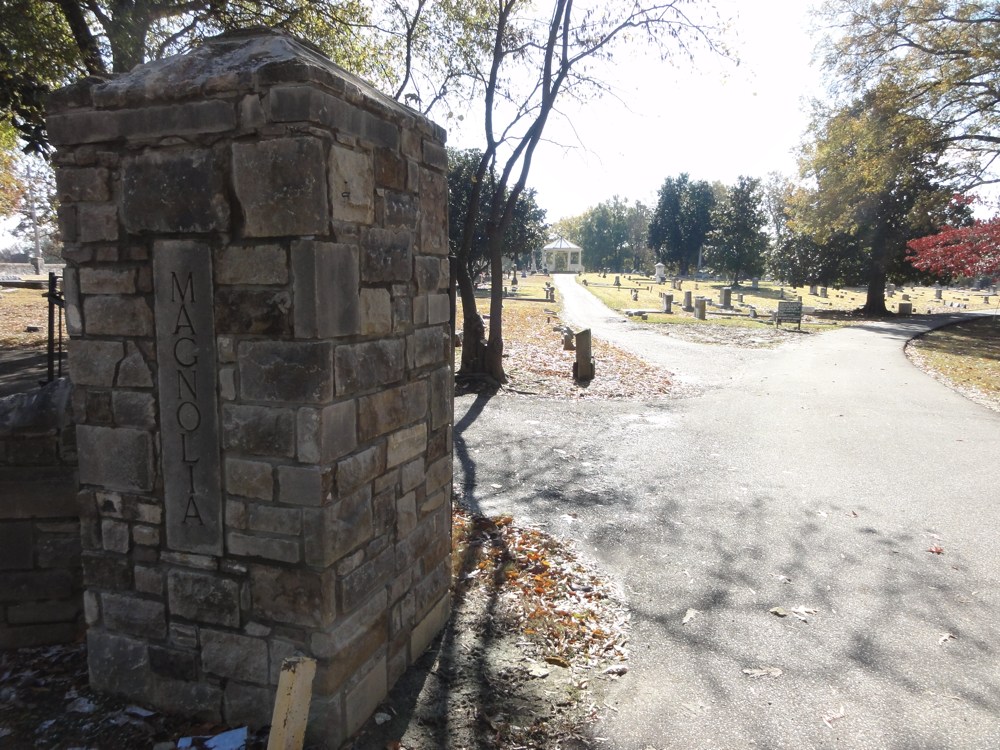 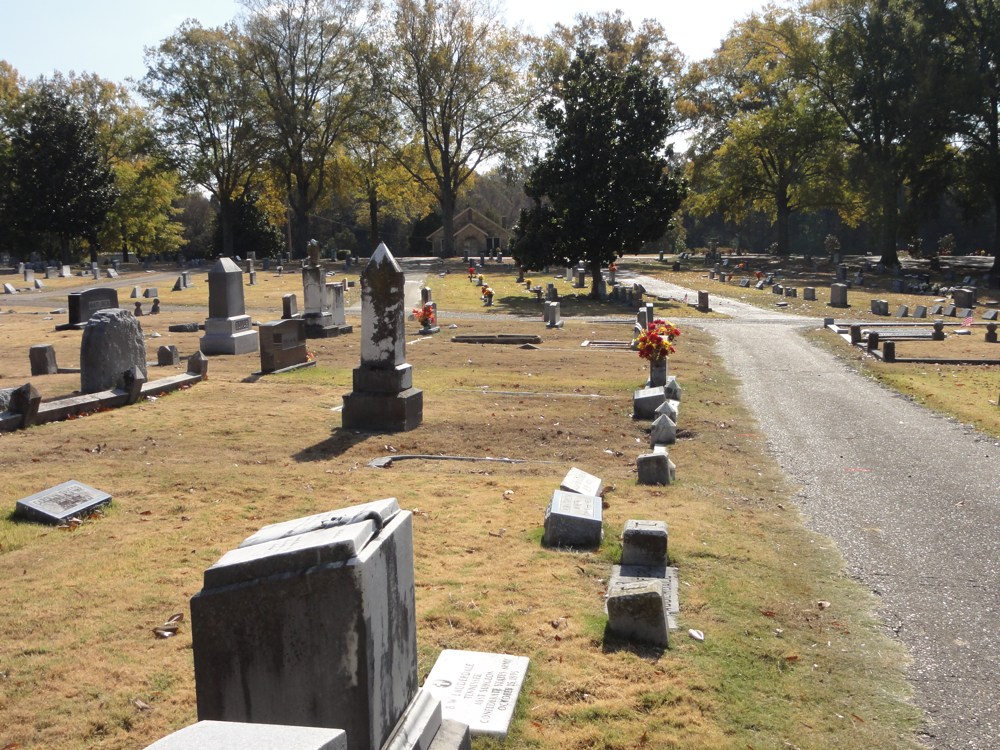 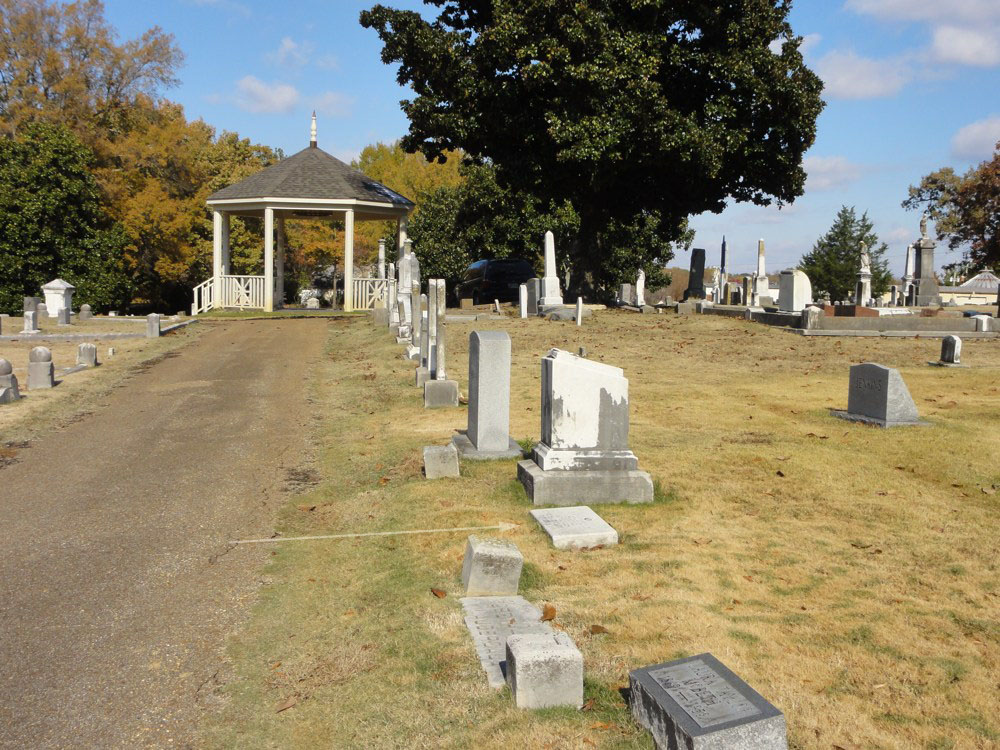 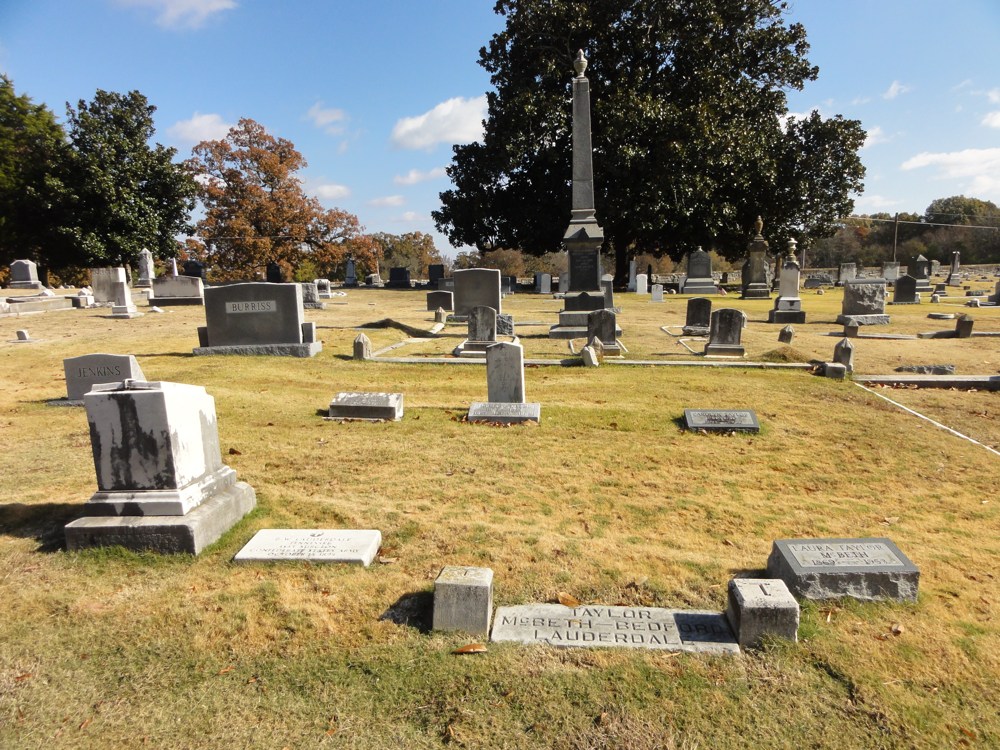 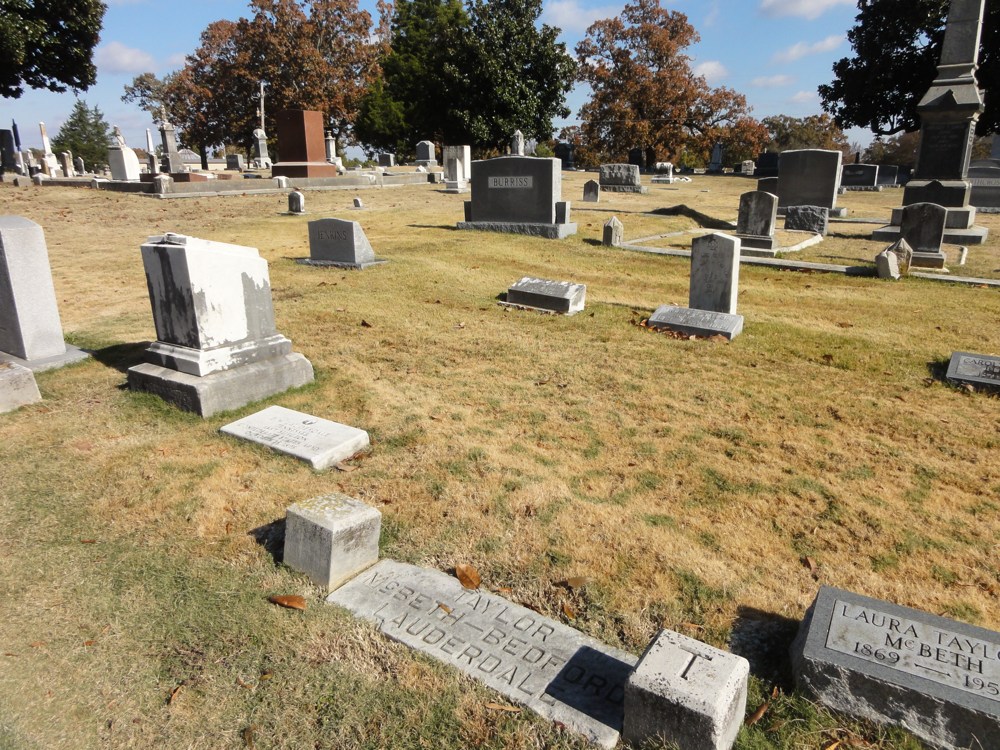 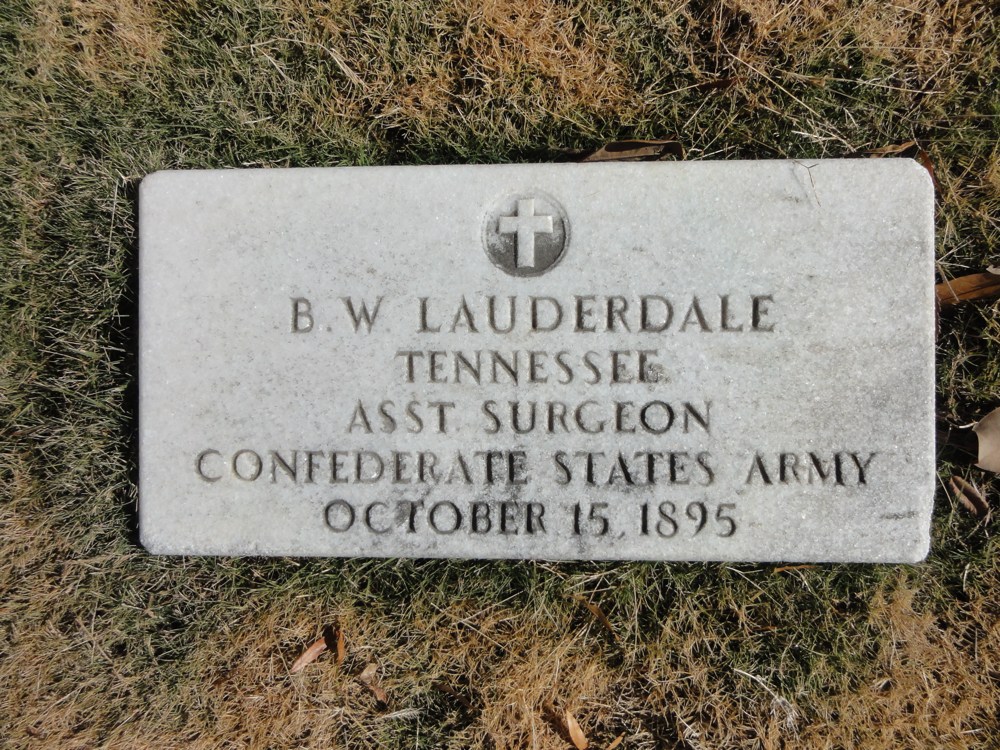 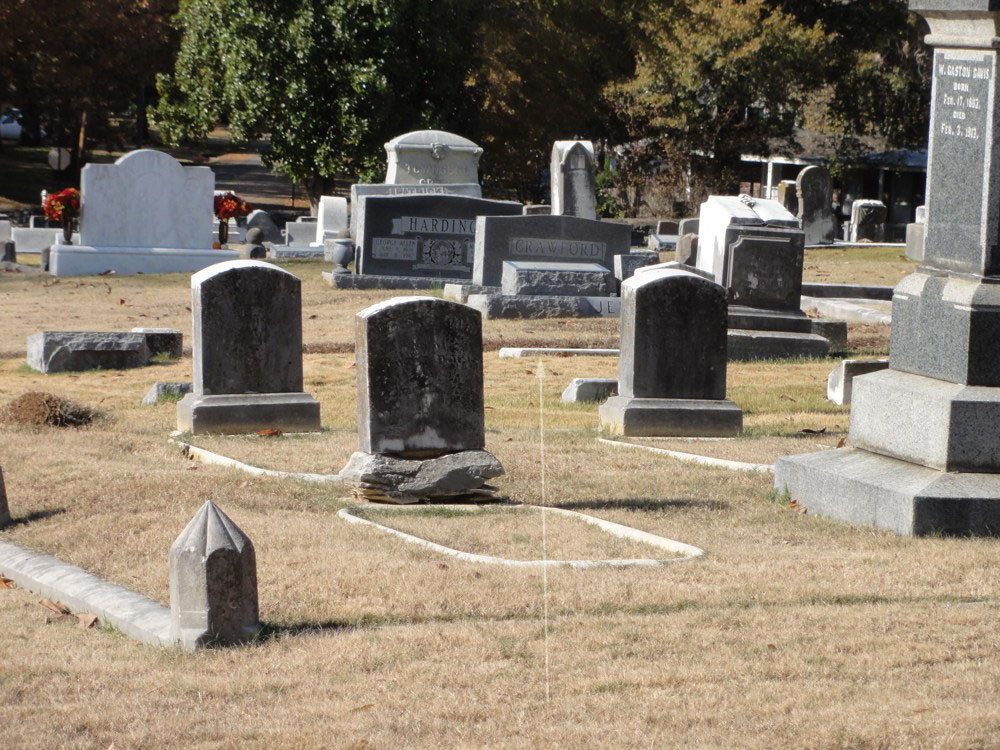 **Special thanks to Tom L. Childers and Charlie Wayne Kilpatrick for assisting in the burial location. They, along with your web editor, took a trip into northern Arkansas to find the graves of gospel preachers of yesteryear in November, 2014. We traveled together three days and located the final resting places of nearly forty preachers and their families. It was a great trip. Many of the personalities we researched were chronicled in Boyd E. Morgan's book, Arkansas Angels, or later in Dr. Michael L. Wilson's book, Arkansas Christians: A History of the Restoration Movement in Randolph County, 1800-1995