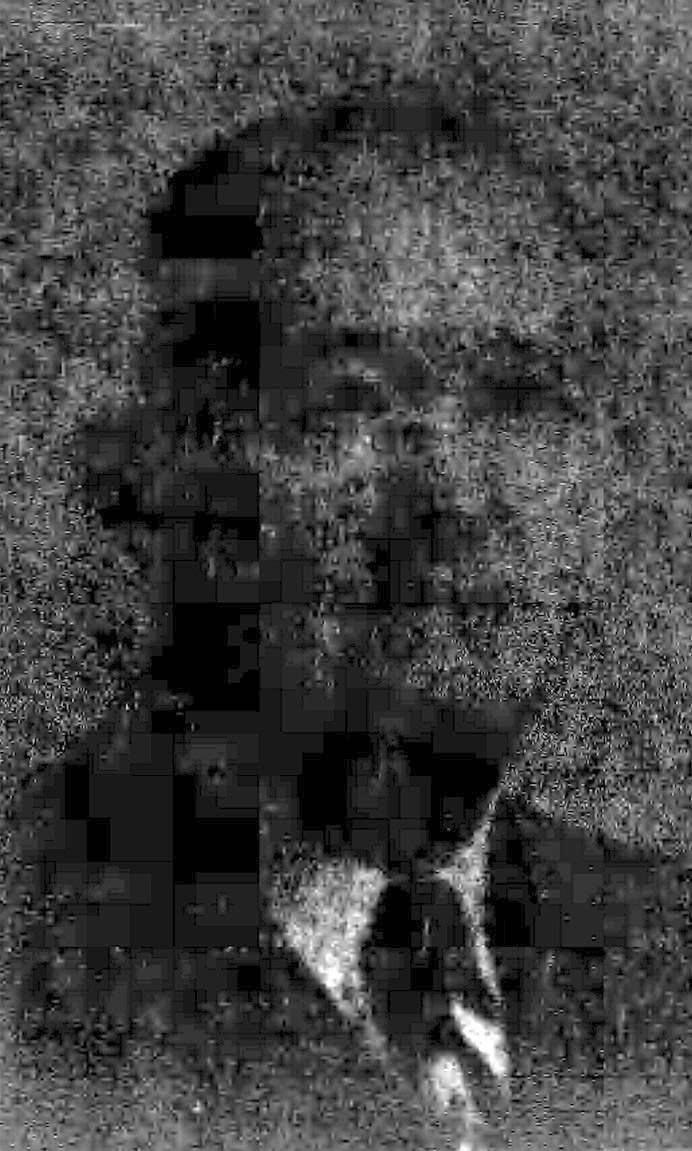 William Edmond Morgan, son of G. C. and Mary Griffith Morgan, died at his home in Benton Ky., on September 30, 1953. He was born in Weakley County, Tenn., May 10, 1876. His mother, father and one sister, Mrs. C. E. Smith, and two brothers, Walter and Chesleigh preceded him in death. He was married to Inez Hatler, August 12, 1902. He is survived by his wife, two daughters, Mrs. Ela Bullington, of Athens, Ala., and Mrs. Virginia Defenderfer, of Oak Ridge, Tenn.; four sons, Hatler of Benton, Ky., Paul of Paris, Tenn., Luke of Shelton, Conn., and Joe of Nashville, Tenn.; twenty-six grandchildren and ten great-grandchildren; one sister, Mrs. Bertha Gage of Louisiana; two nieces and seven nephews.

Brother Morgan suffered a stroke more than three years ago and was unable to walk or talk, however, his memory was unimpaired so he greeted all his friends and loved ones with his usual smile and warm handclasp until the last. He was active as a school teacher and as a gospel preacher for forty-five years. His activities were confined principally, to West Tennessee and Kentucky.

He served as minister to more than fifty congregations within this area. He lived at Henderson, Tenn., and taught in Freed-Hardeman College for two years. He was living at Sitka, Gibson County, Tenn., giving his full time to the Sitka church when he was stricken.

Brother Morgan's educational opportunities were very limited. When a child he suffered an attack of rheumatic fever which prevented his entering school until the age of ten. The only books in the home were the Bible and a hymn book. His mother read and sang to him daily and taught him to read them. His father was a poor tenant farmer who could neither read nor write. At the age of fourteen he assumed the responsibilities of the family when his father became a semi-invalid.

He graduated from Hall-Moody Institute, Martin, Tenn., in 1907. He received a B.S. degree from Murray State College in 1926. He enjoyed and appreciated his big family. They were a source of much joy and comfort to him. All of his children are members of the church and within the family there are seven gospel preachers, two are his sons, Joe and Paul.

Funeral services were held at Puryear, Tenn., and Hatlers Chapel, Weakley County, Tenn. Fred W. Chunn, assisted by Charles Pullen and L. E. Garner, conducted the services at Puryear where Brother Morgan had served as minister for thirty years. His body was laid to rest beside a baby daughter, Fannie Marie, in the cemetery at Hatlers Chapel where Claude Hall had charge of the services. 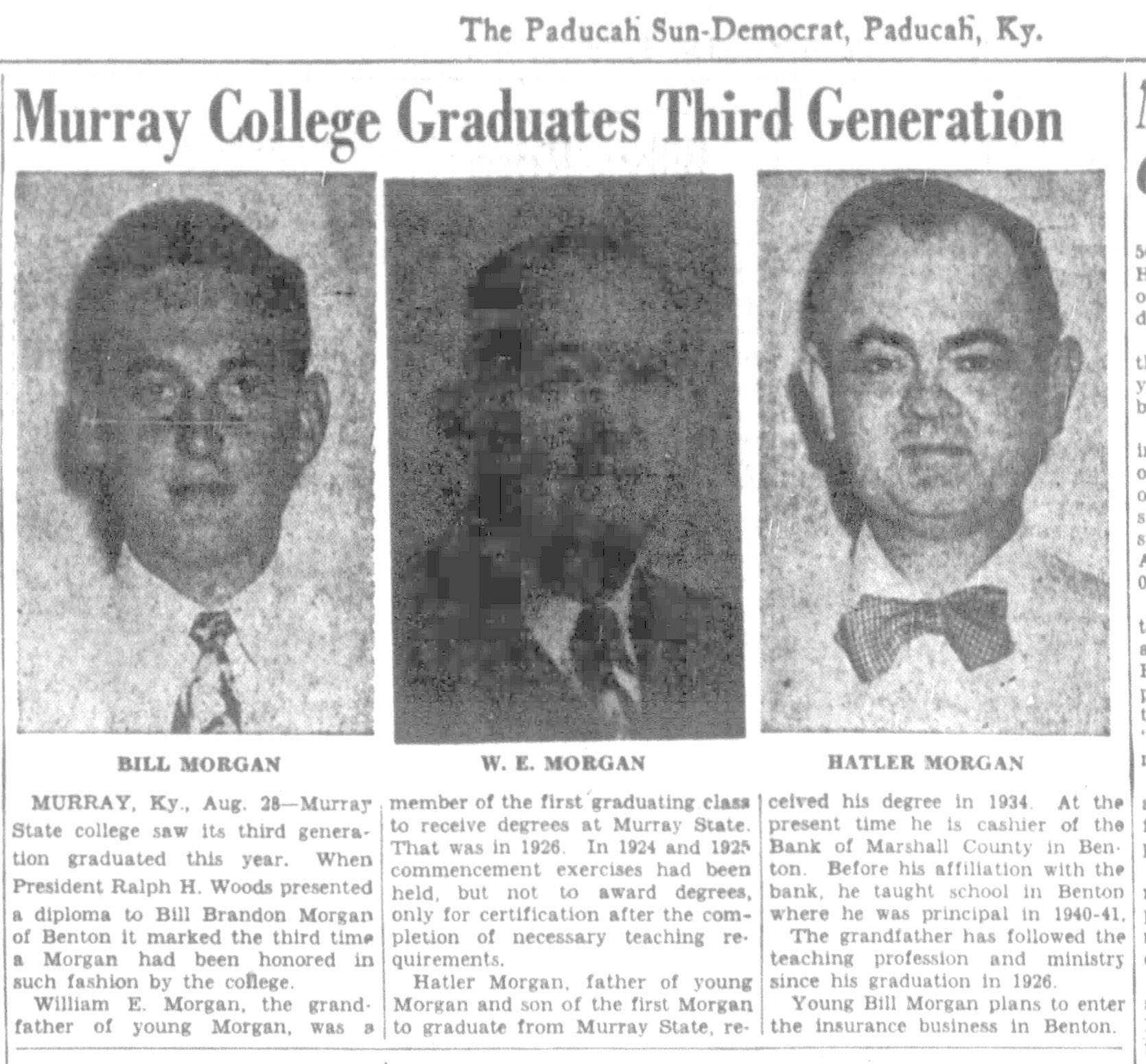 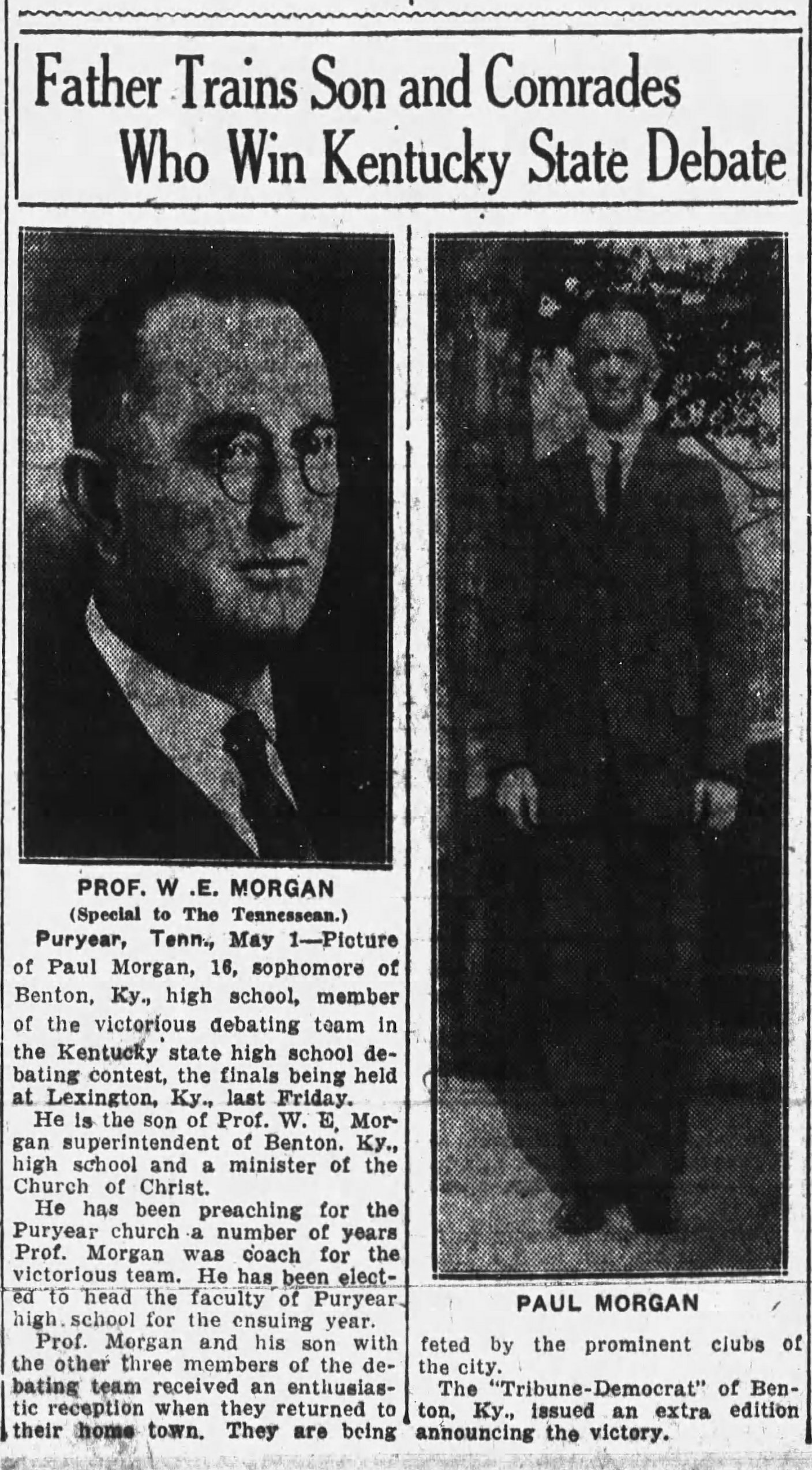 The Morgan family are buried in the graveyard at Hatler's Chapel church of Christ NE of Martin and a few miles due north of Dresden, Tennessee on Hyndsver Rd. In west Tennessee take I-40 to Hwy 22 and head north through Clarksburg, Anark, Huntingdon, and to Dresden. Go north of Dresden on Hwy 118. Turn left on Hyndsver Rd. Go out a mile and the church will be on the right. Very near the building is the Morgan family plot. 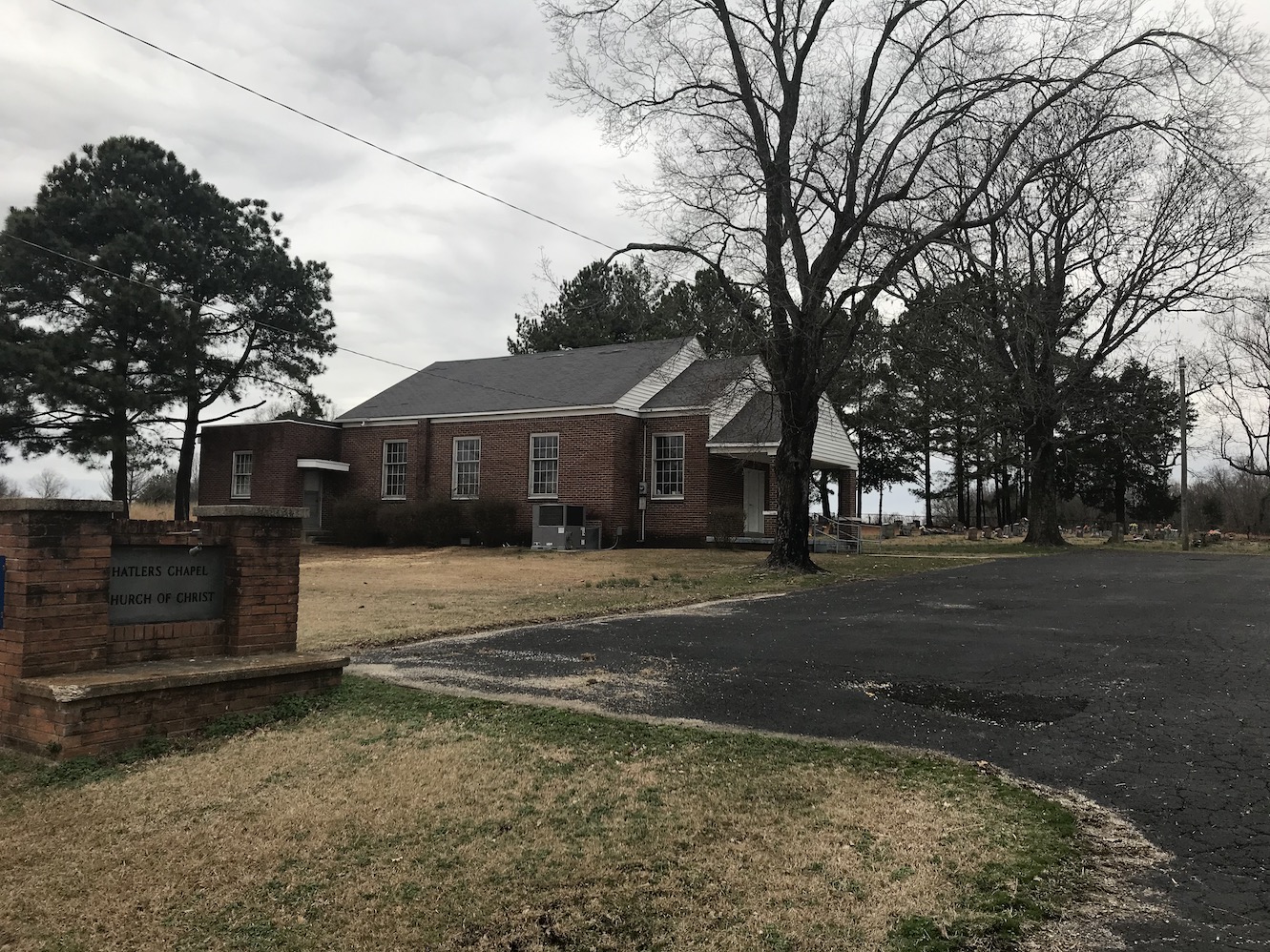 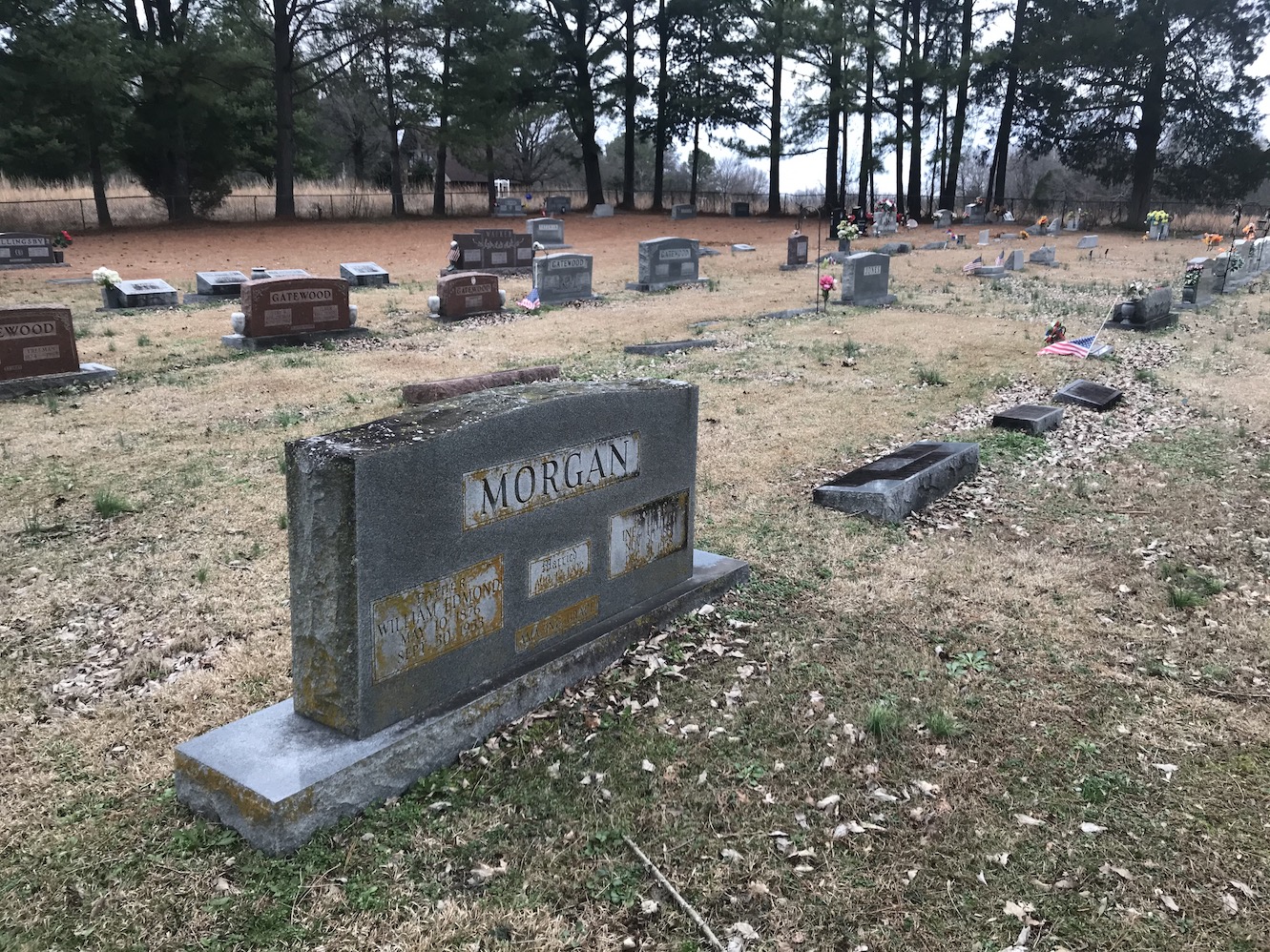 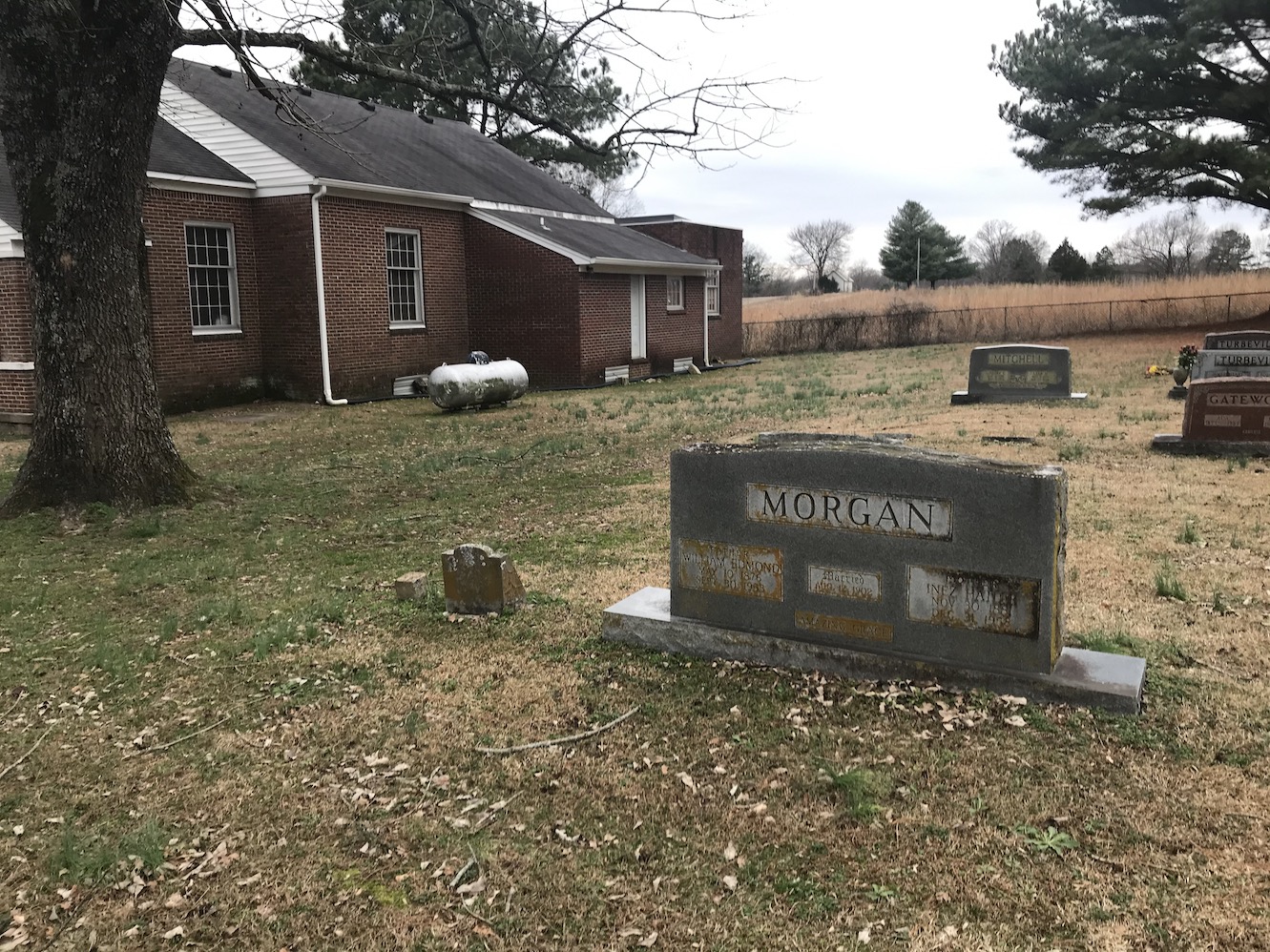 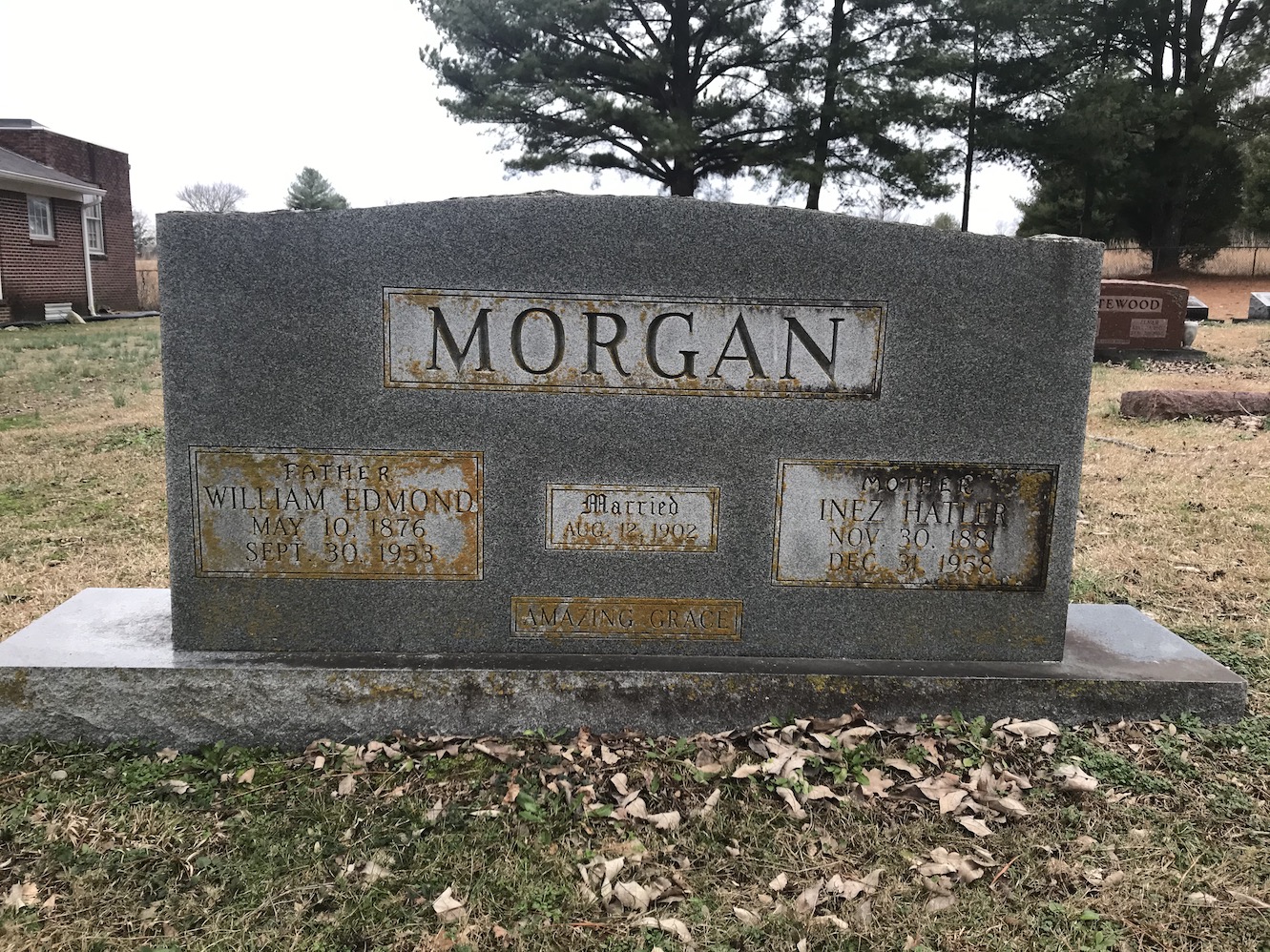