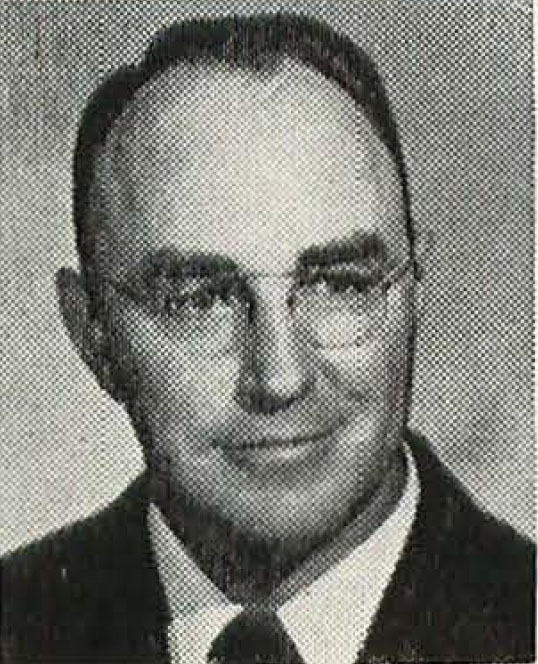 The Life of Andy T. Ritchie

He began preaching in 1925. Andy T. Ritchie, Jr. preached for the Twelfth and Walnut church of Christ in Texarkana, Texas from 1931-1935. Then, he went to preach for the Riverside congregation in Jacksonville, Florida from 1935 to 1936. From there he went to Nashville, Tennessee to be the associate preacher for the Central church of Christ, working with pulpit minister, A.R. Holton (1891-1964). Ritchie was there from 1936 to mid-1944. From there he went to Washington D.C. where he served as an associate minister at the Fourteenth Street church of Christ. He was there from around May 1944-1946. The family moved to Searcy, Arkansas to work with the College church of Christ from 1946 to 1949. While in the area he preached for a number of congregations on the weekends while teaching at Harding University.

He was a very good writer. He wrote articles for the Christian Leader, 20th Century Christian, and other papers. He wrote the book, "Thou Shalt Worship The Lord Thy God" in 1969. (Firm Foundation).

He taught music at Lipscomb University, and served on the faculty at Harding University for a good number of years beginning in the mid-1940s. He directed Harding chorus from 1946-53. He led personal evangelism (mission) meetings from Harding for a number of years. He also conducted annual personal work and preaching campaigns in the northeastern part of the country often with twenty-five or more Harding students. He directed weeks of camp for Camp Yucca in Kansas and Camp Gander Brook in Maine. He also conducted worship training meetings at various congregations.

He passed from this life November 5, 1983, and burial followed in the Spring Hill Cemetery in Madison, Tennessee.

Andy T. Ritchie and his wife, Kathryn, have recently retired from their work with Harding, where each has taught for more than twenty years. Ritchie has taught music and Bible at the college for twenty-seven years and Mrs. Ritchie, who received a twenty-five year pin at the college's annual Faculty-Staff Dinner in April, taught math at the Searcy Academy. The couple was honored May 6 at a retirement dinner given by school officials.

Andy Ritchie is a man whose life spans the entire gamut of Christian service. His contributions to society have depicted every facet of religious endeavor song leading, preaching, teaching, campaign work and writing.

Born in Neely's Bend, Tenn., April 25, 1909, Ritchie attended local schools until he went to David Lipscomb High School in Nashville at age 14. His first evangelistic efforts were in the area of song leading, starting when he was 15.

Singing has become a genuine characteristic of Ritchie's life. Completion of his book, Thou Shalt Worship the Lord Thy God, in 1969, was a big step in his sharing of ideas about singing and other aspects of worship.

Once an avid radio fan, Ritchie aspired to the art of broadcasting. So great was this desire that he wanted to make a living in radio and/or concert singing which would take him to large cities where he could preach. He did some radio announcing, but preaching part-time concurrently. Evangelism had a great hold on his future.

Ritchie became interested in personal evangelism when he was a young full-time preacher in Georgia. In the fall of 1946, when he came to Searcy as professor of music and director of the A Cappella Chorus at Harding, he was asked to sponsor the personal evangelism group. That year, he received a request from the church in Hamilton, Ontario to bring students for a summer evangelistic effort. This began a series of similar campaigns which Ritchie led for fifteen summers.

In addition to the campaigns, he directed Camp Gander Brook in Maine for ten years and also worked with Camp Shiloh in New Jersey and Camp Hunt in New York.

Both Andy and Kathryn Ritchie have been a source of much inspiration and encouragement to hundreds of students with whom they have worked. Each has sponsored student organizations which existed for the purpose of learning more about serving God, and each has provided the example needed to inspire more dedication to living "the abundant life."

During the last several years, Ritchie has been slowly losing his sight as the result of diabetes. Operations on his eyes have been moderately successful. Yet, Andy Ritchie's faith and zeal have seemed to increase because of his affliction.

In November, Ritchie was honored by Northeastern Christian College as a recipient of its annual Outstanding Christian Service Award which recognizes individuals who "have made outstanding contributions to the cause of Christ and the growth of the church in the Northeast."

A recent chapel program at the college featured Ritchie, who sang some of his favorite secular arrangements from radio days. Accompanied by the Chorale, his rendition of "Old Man River" brought students to their feet as they reverently applauded this talented man of God.

Ritchie met his wife, Kathryn, at David Lipscomb College and they were married in 1933. They have four children. Bettye (Casey) and her husband, Gerald, live in Wilmington, Del., and Joan works with a recreational resort in Nashville, Tenn., Andy Thomas III, a minister, will manage Camp Hunt in New York this summer. Edward, also a minister and camp manager, is finalizing plans to go to Switzerland next fall to work with Stephen Bilak in missionary efforts there. Though the time has come for them to discontinue their vocational careers in teaching, Andy and Kathryn Ritchie will never cease to be active in their service to God. Their lives will find greater dimension in this transition and their ultimate purpose- to glorify God-will find victory in the same. 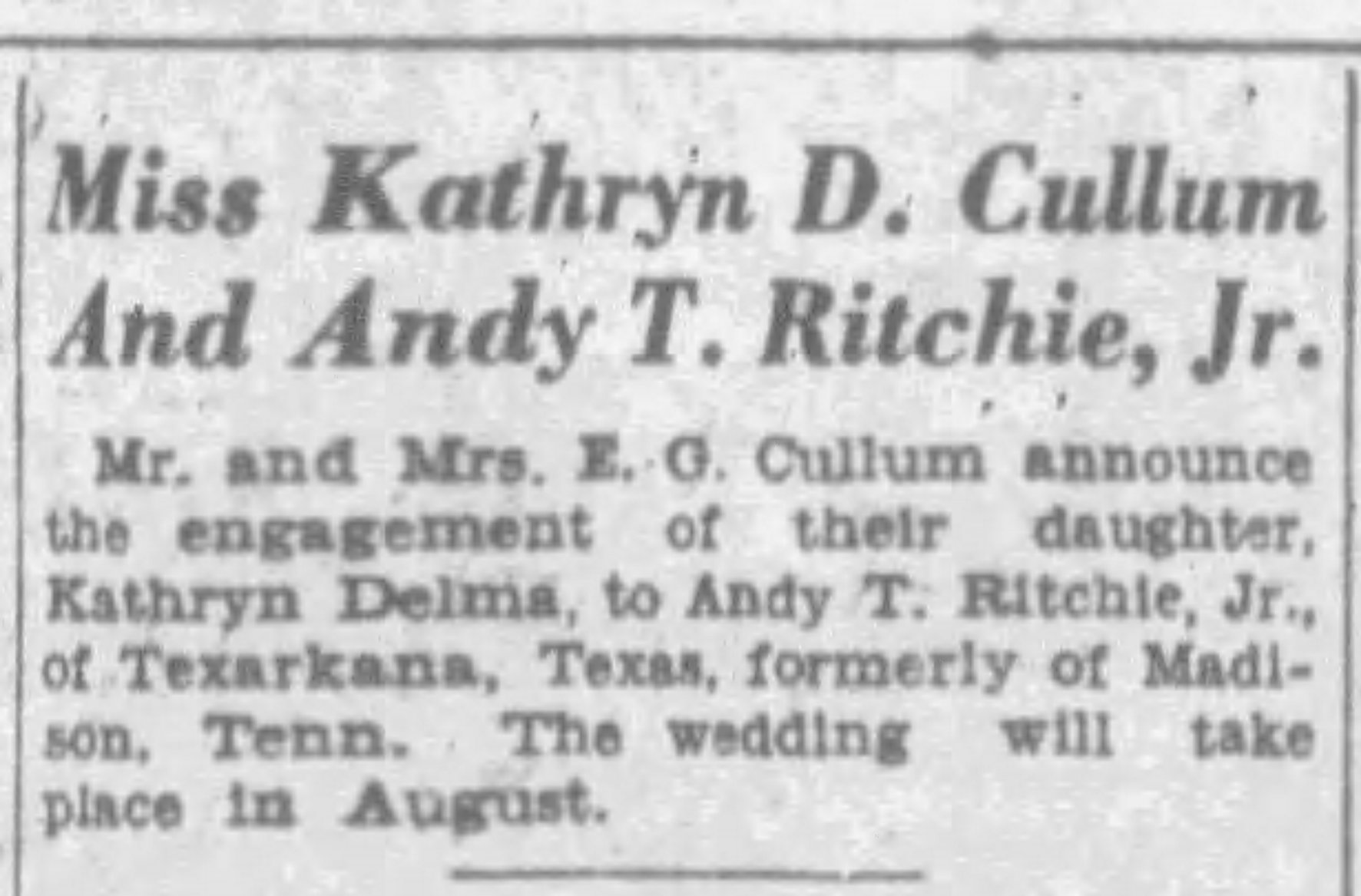 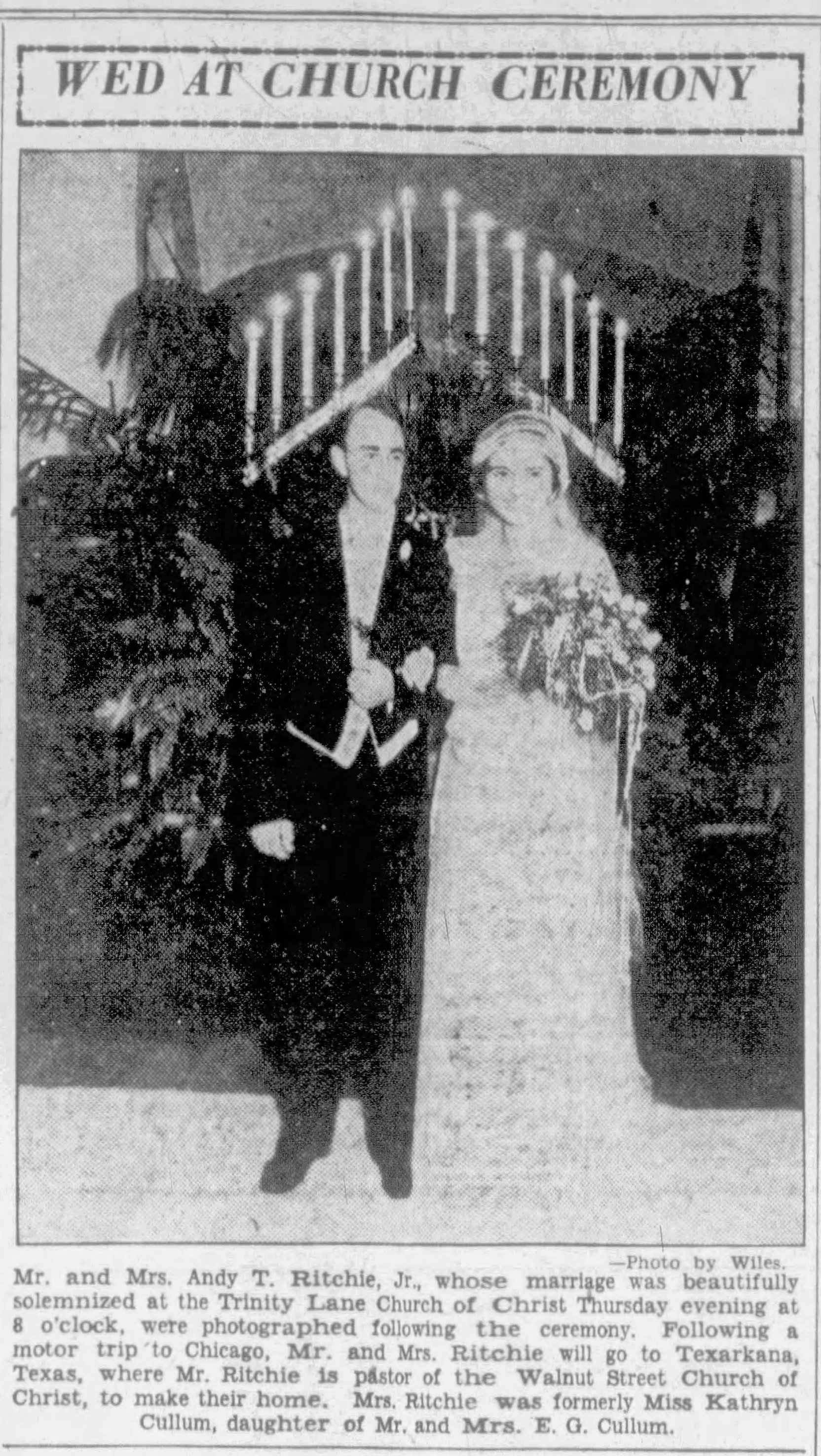 Advertisement For Songleading In A Meeting 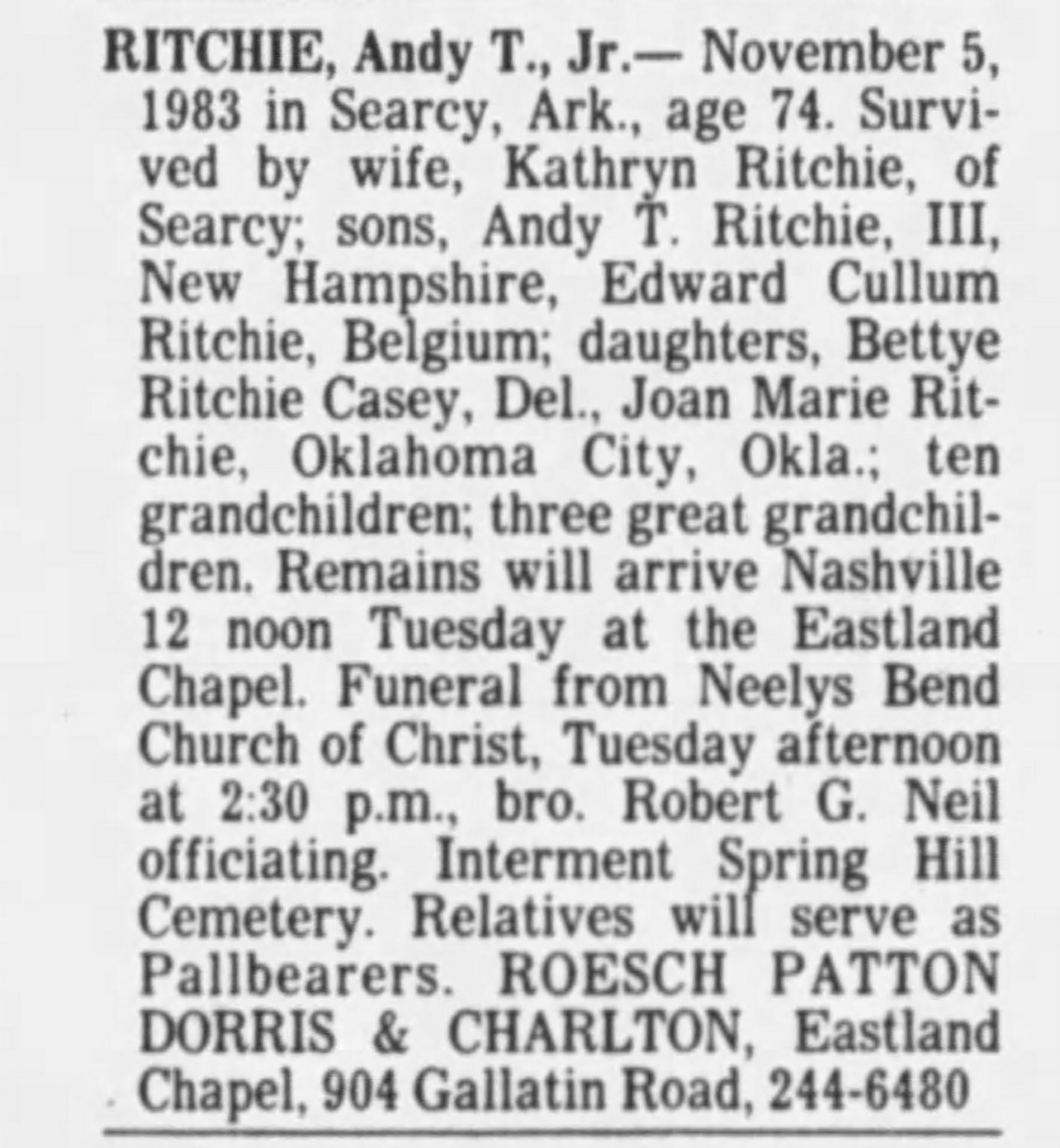 Andy T. and Kathryn Ritchie are buried in the oldest cemetery in Nashville. Tennessee. Spring Hill Cemetery is located in Madison, just north of Briley Parkway. The GPS location and map below show the specific location of the grave in the cemetery. 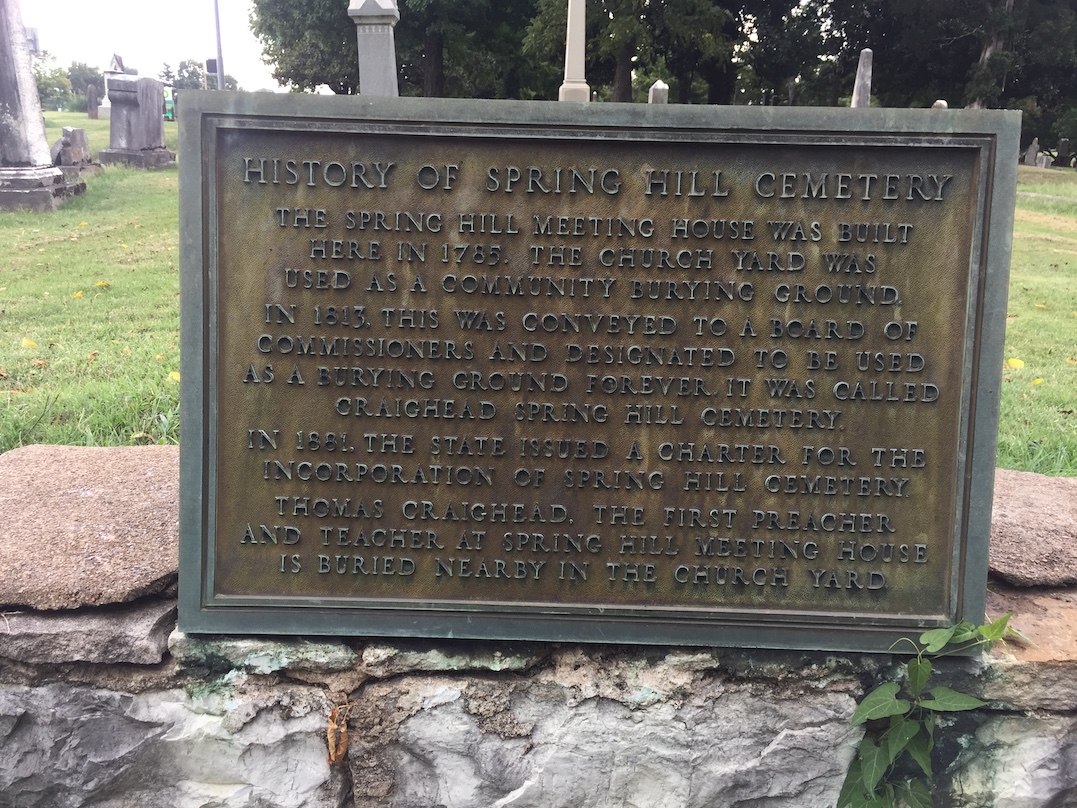 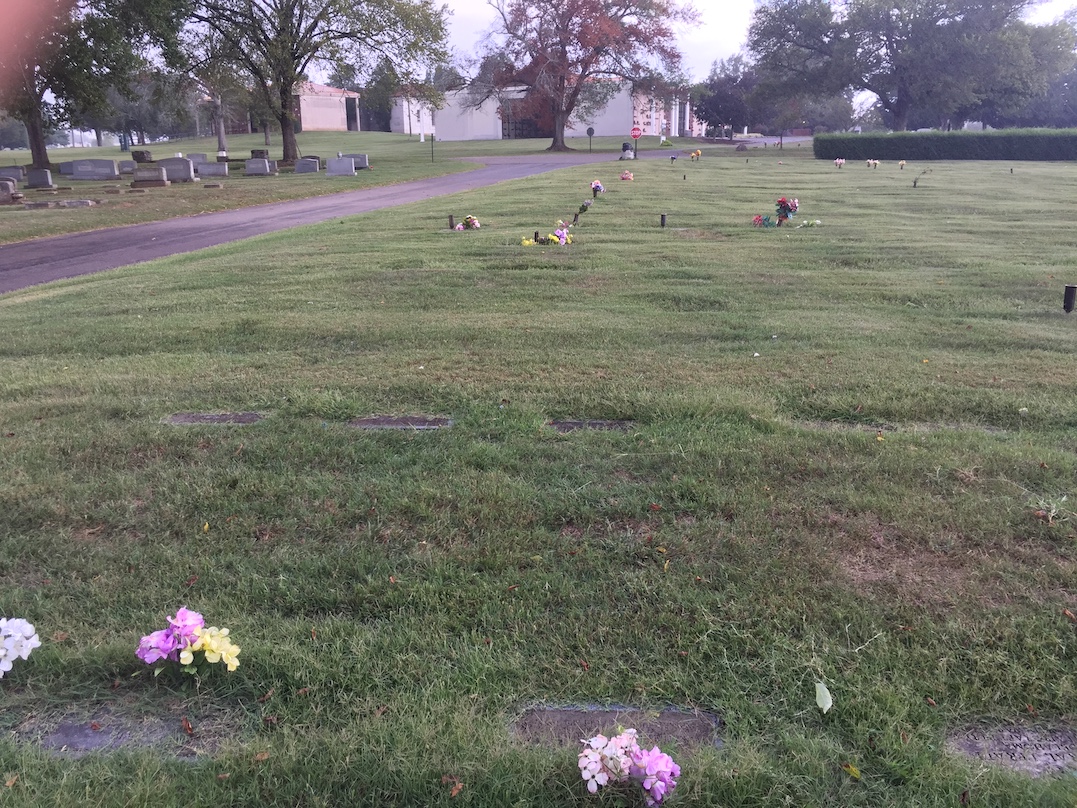 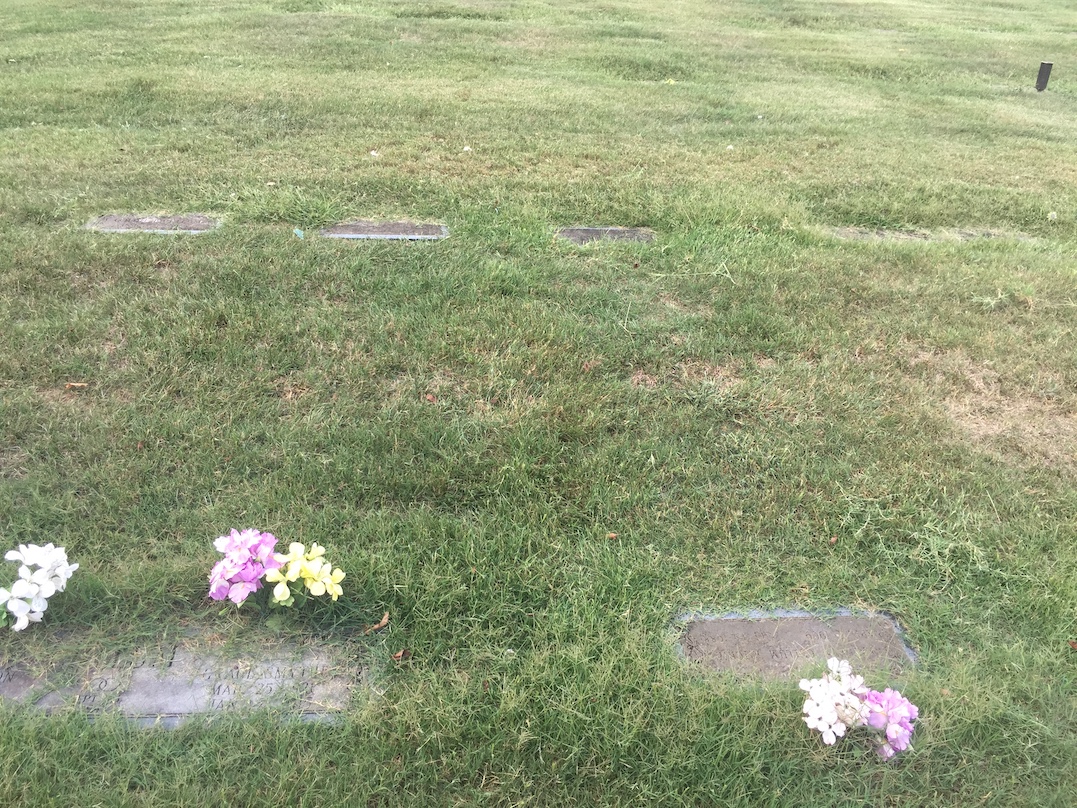 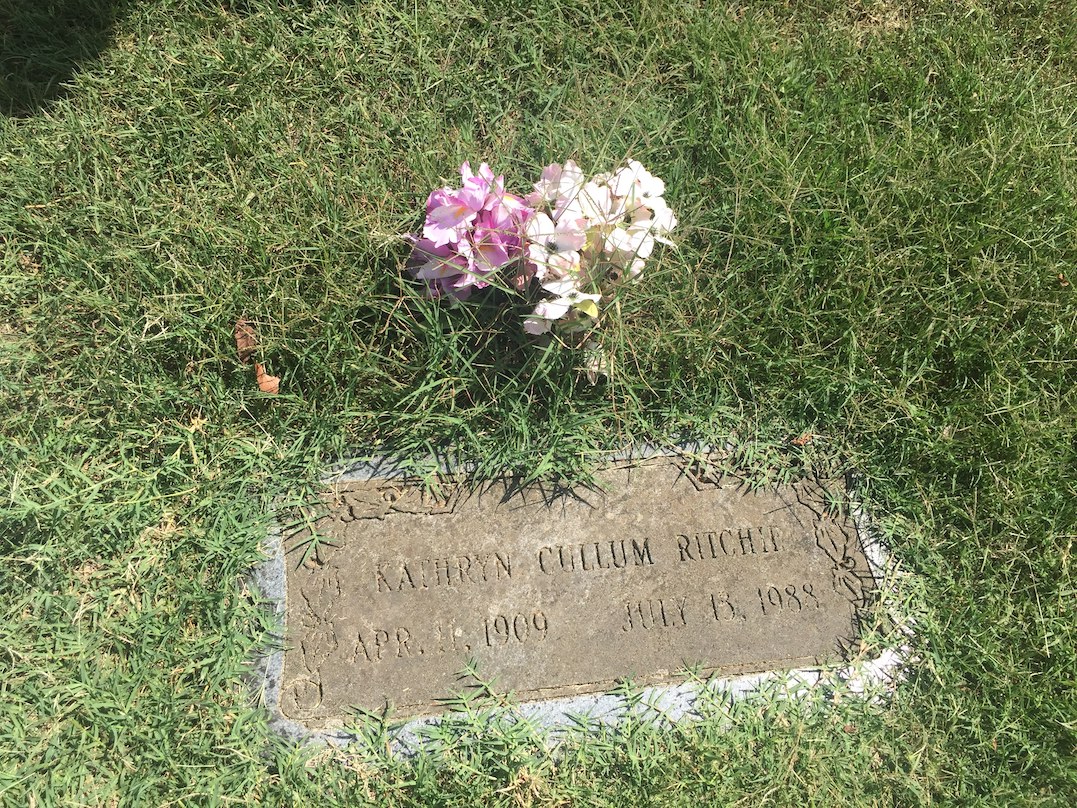 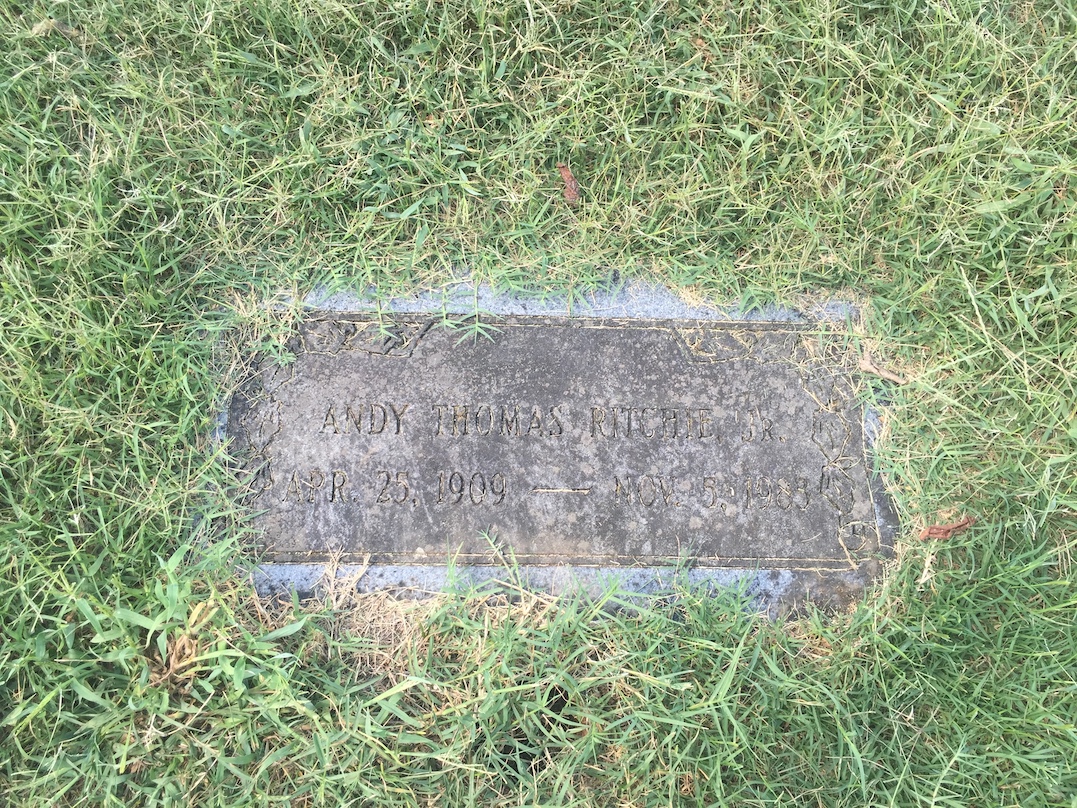