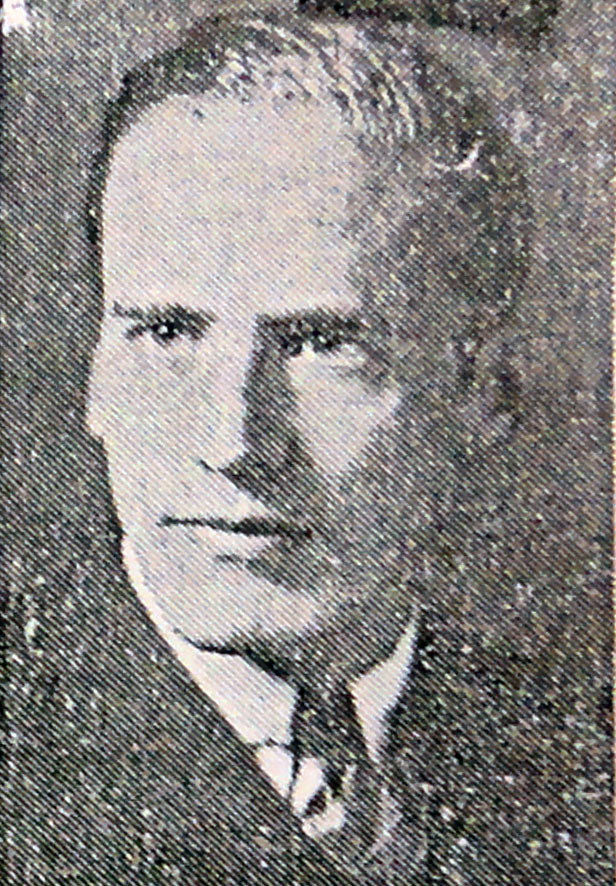 The Life of William Garrett West

William Garrett West was born in Lynchburg, Virginia on the 25th of March 1913. He was married to Doris Ewers of Lynchburg, and together they had two children, a son Robbie, and a daughter Laurie Lee.

Preaching was something he greatly desired, and entered upon the ministry at a young age. During his years in Virginia, he preached for three different churches, Gretna, East Radford and Roanoke.

William attended Lynchburg College and in 1937 received the B.A. degree. He entered Yale University and in 1940 received his B.D. degree. Continuing at Yale he received the S.T.M in 1944, and finally a terminal degree was achieved in 1949. His dissertation for the Ph.D. was an extensive research work on the life of Barton W. Stone, and was later released in a volume entitled, Barton Warren Stone: His Struggle For Freedom and Christian Unity. It was probably the first doctoral thesis ever to be written on the life of that great hero of Restoration History. It was released in 1954.

While a student at Yale, William served as a minister of a community church in Milford, and then was selected to serve as minister of the Old Stone Congregational Church in East Haven, Connecticut.  This church included members of the United Church of Christ, and was meeting in a building built in 1744. It is the third oldest church building in North America. Surrounded by everything historical, and with his natural love for history, he was presented with wonderful surroundings as he researched the life of Barton W. Stone, and the history of the Restoration Movement in America.

After seven years, the West family moved to Chattanooga, Tennessee to begin working with the First Christian Church in that city. Their first Sunday was in April, 1948, and he served this church as pastor until retiring in 1977.

During the years of his labor at First Christian, he assisted in the growth and development of the congregation. When he arrived, the church showed 1400 members in their year book, but had less than 700 in attendance. Less than 300 attended the installation service for Dr. West. Immediately, the Wests began to make an effort to build up the church. They used their home to have evangelistic dinners, and entered upon several civic activities in the city. The result was that over the next several years, the church saw a rejuvenation of the work.

The year after his arrival, the church entered into an extensive effort toward a building campaign. The old building they were meeting in had been a good resource since it had been purchased from the Presbyterians in 1908. Ira M. Boswell was the minister then. However, it had fallen into a terrible state of disrepair, and needed replacing. On May 8, 1949 the church hired Gordon L. Smith, an architect for Krystal Hamburgers, (Chattanooga is the home of Krystal), to draw up a plans for a new building.

In May 1951, Dr. West assisted in making the Christian church the first church to have programs on mental health and illness. He brought in a psychiatrist, Dr. Joseph W. Johnson, to deliver five lectures, and to help in working up a program to assist people of the community with psychiatric problems. 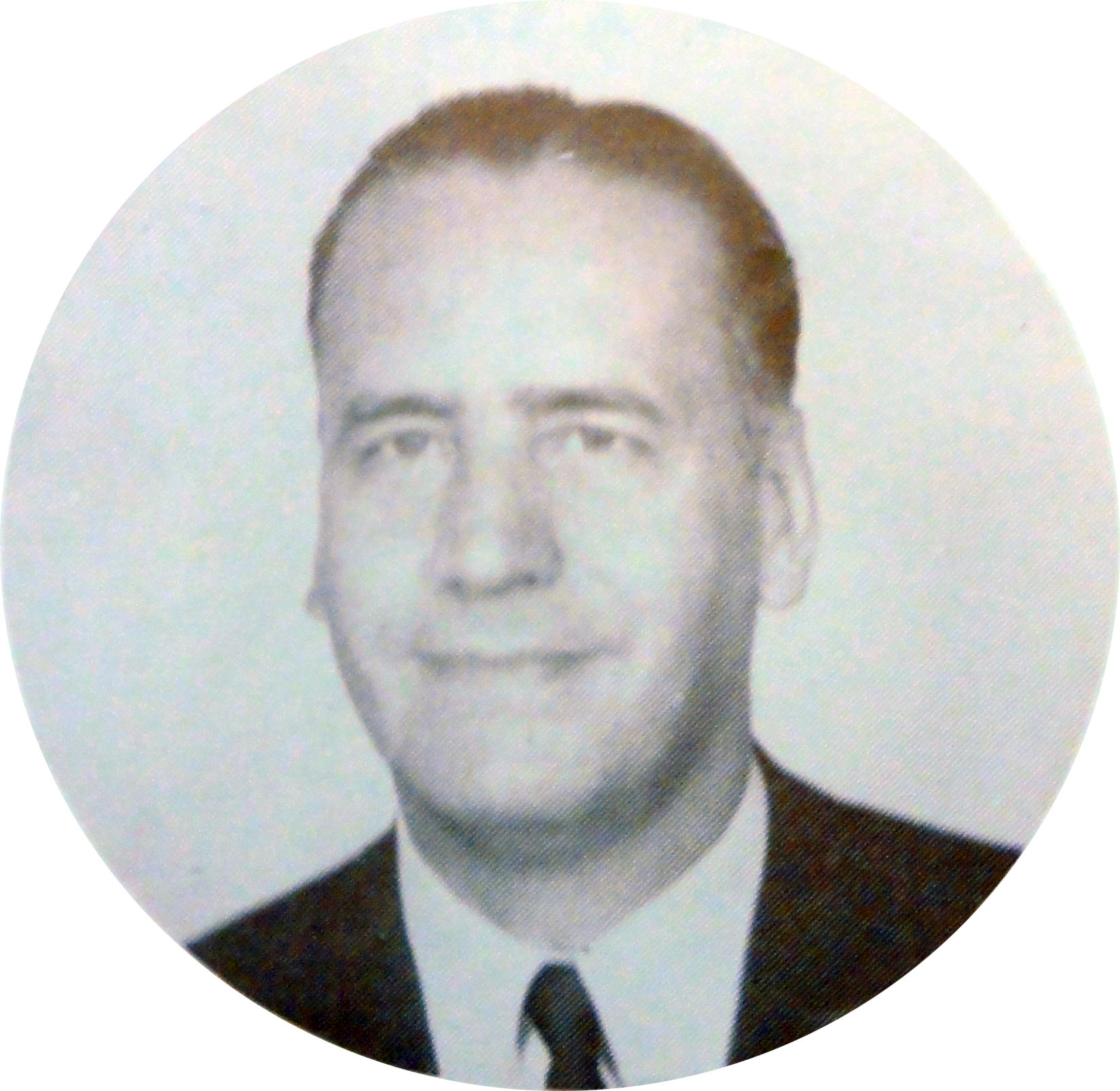 On May 25, 1952, Dr. West and the members at First Christian, met in their new building for a dedication service. Located on McCallie Avenue, the building costed $294,000. After the furnishings, the final cost to the church was $435,000. The old building was sold that month for $65,000. In June, George Hamrick, the leading organist of Atlanta, Georgia, dedicated a new Reuter pipe organ given by the Wayne L. Bowman family. Also that day, Dr. West led the church to sponsor probably the first coffee hour in Chattanooga following a church service. The following Sunday Dr. West led the first dedication service for infants and children.

In 1953, segregation was a constant in Chattanooga restaurants and hotel dining rooms. Dr. West and the Christian Women’s Fellowship of the church determined to change things radically by offering meals to blacks in the city. The vote was 100-0, and meals began to be offered to blacks and whites alike in their luncheons and dinners. It was unprecedented in the city for that time.

On March 6, 1968, Dr. and Mrs. West were honored by a broad spectrum of citizens in Chattanooga for their 20 years of service. Ten years later, the Official Board honored Dr. West with the title Minister Emeritis for his 29 years with First Christian.

Other accolades during the course of his life and ministry included a period of time where he was a lecturer of Speech and Diction at the University of Tennessee in Chattanooga. He also lectured at Vanderbilt in Speech and Homiletics. Dr. West was a member of the Masonic Lodge, and as a Mason, served as chaplain for a time for the F & AM Grand Lodge for the state of Tennessee. In the Kiwanis Club he served as Lt. Governor of the Ky – Tenn District Division 16 in 1966. He served for a time as a chaplain for Coach Joe Morrison and the U.T.C. Moccasins football league. He was a charter member of the Lynchburg, Virginia, College Sports Hall of fame in 1978. For many years he was a member of the American Society of Church History, the American Historical Society of Church History, and the American Historical Association.

Webeditor Comments: Several years ago, I purchased my own copy of Dr. West's book on the life of Barton W. Stone. I have never known much about the author, and quite by accident, I happened upon information about him while in the city library in Chattanooga, in April, 2014. I was invovled in a gospel meeting at White Oak church of Christ in the Red Bank area of the city for the week, and I always look for the closest library when in a town for any time. I was looking for the history of churches of Christ, the Christian church, and any other early history I could find, and William Garrett West's name started popping up in several locations. A quick Find-A-Grave search showed that Dr. West was buried in the city. After leaving the library, I made a bee-line to Lakewood Memorial Gardens to find the grave. I'm glad I was able to find out plenty of information on his Dr. West's life and report it here.

Directions To The Grave of William Garrett West

William Garrett and Doris Ewers West are buried in Lakewood Memorial Gardens in Chattanooga, Tennessee. The cemetery is located east of the city on Shallowford Road behind the Chattanooga Airport. It is located on the corner of Gaines Lane and Shallowford. (Note: Gaines Lane crosses Shallowford Rd. and becomes Airport Rd.) On I-75 take exit 5, and head left on Shallowford Road for 3.7 miles. You will see the cemetery on the right. Enter the cemetery and head up the hill. Stop the vehicle and head to the right toward the mausoleum. The grave is actually down below the mausoleum and toward Gaines Lane. See actual GPS location below. Plot Info: Garden Of The Resurrection - Lot 67 - D - 1 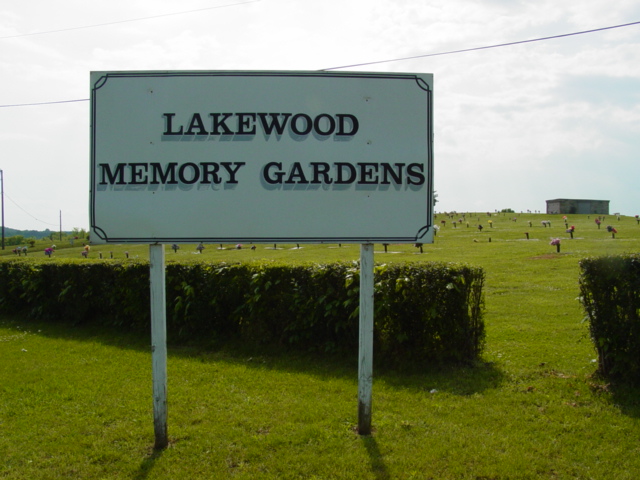 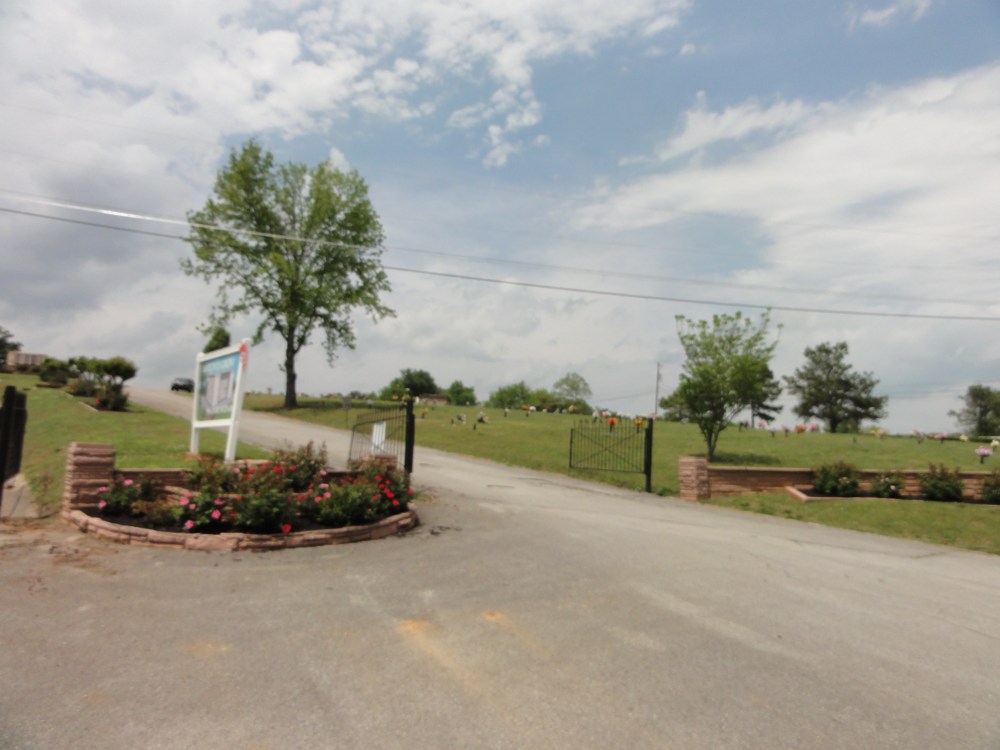 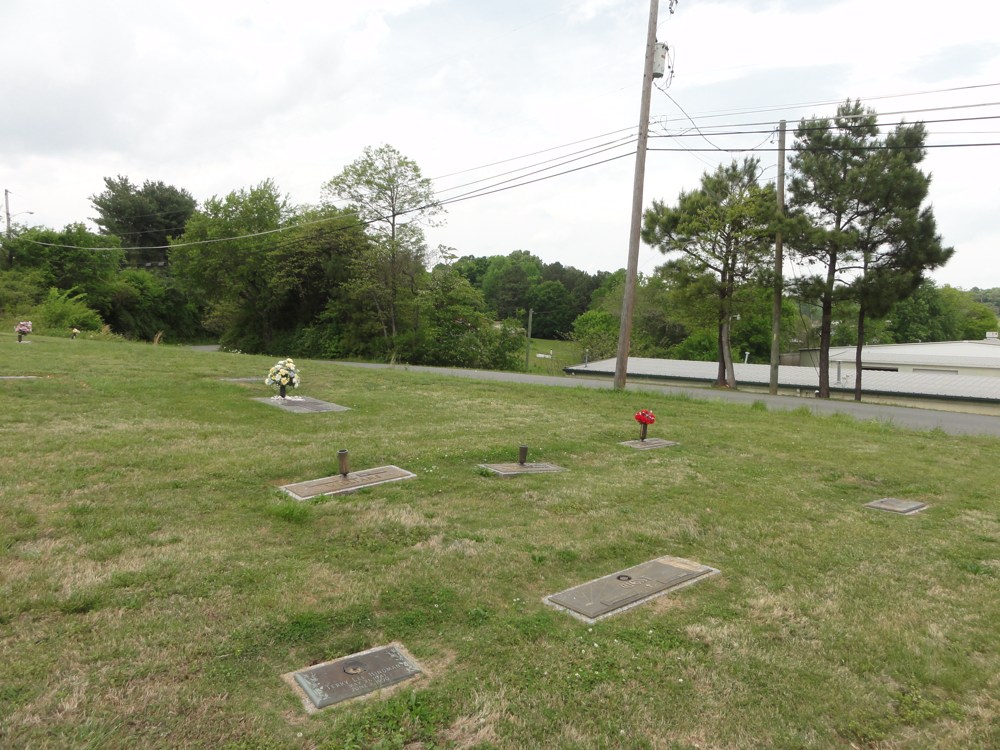 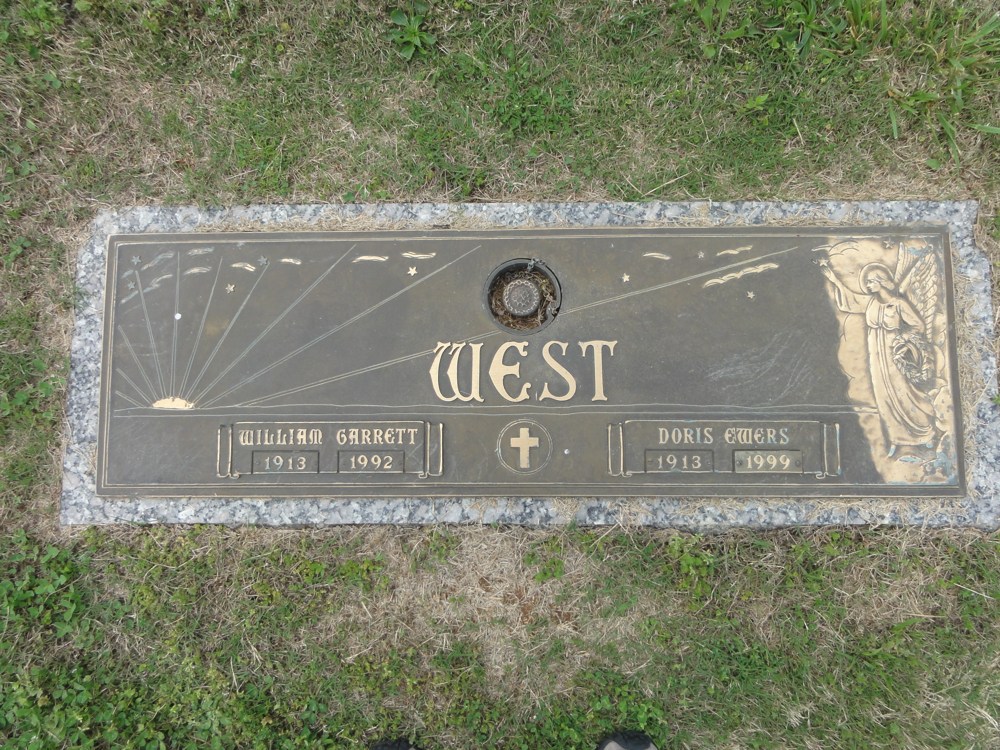 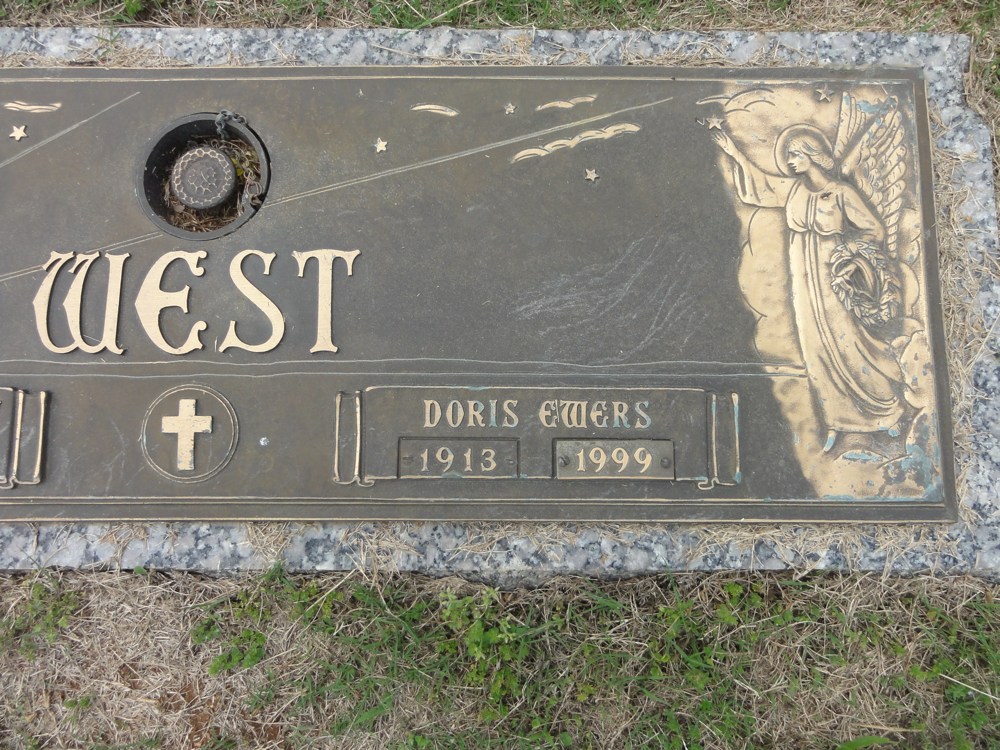 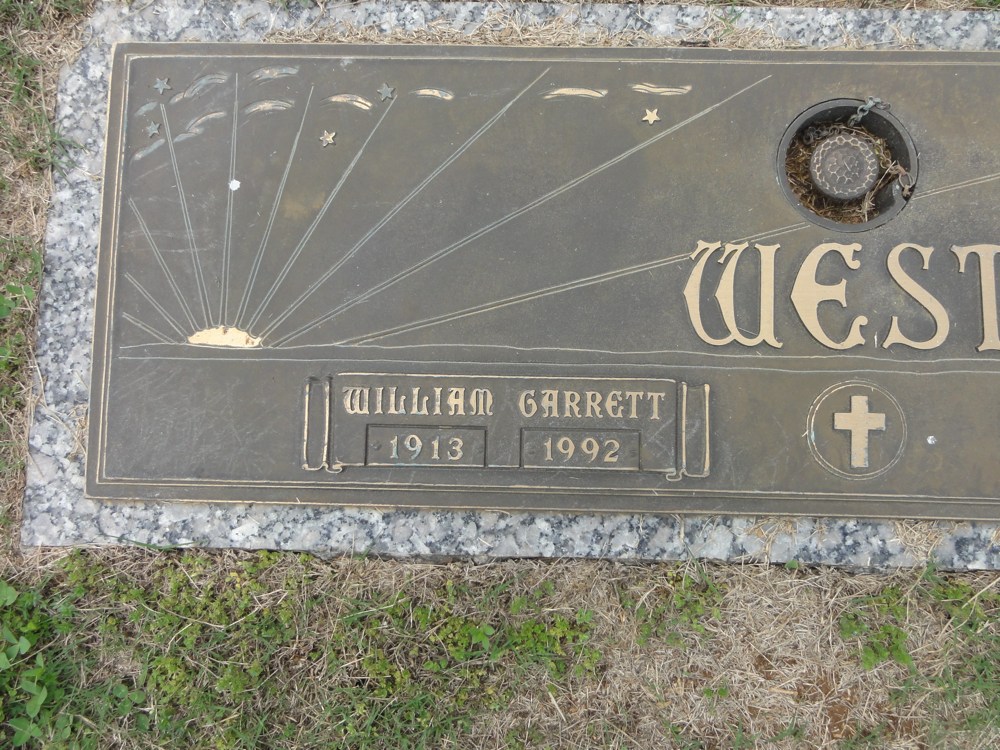