Emory L. Whitaker was born December 21, 1881, into a large family of children, and was deprived of many advantages of life. He grew to manhood, and tried for six years to get religion at the mourners bench in the Methodist denomination, and the failure to get religion almost wrecked his life. But, fortunately, he fell into the company of Roy Porter and this resulted in his seeing the plan of salvation, and, being honest, he accepted the truth and became a Christian. His advantages were limited, and he only received common-school education. Miss Esther Springer became his helpmeet, and together they labored and lived to see their three children grown and married. They are: Mrs. E. H. Looney, Mrs. Harvey Martin, and E. L., Jr., who, following his fathers footsteps, is a young preacher at Pine Bluff, Ark. The two daughters live in Memphis, Tenn. where Brother Whitaker lived and preached for the Seventh and Bethel Streets Church for quite a while. Realizing his need for education and very desirous to preach the gospel he moved to Henderson, Tenn., where his wife kept boarders as he preached on Sundays and fought on bravely and finally acquired his education. He then gave all his time to preaching, and kept this up until his life came to its end at Mays Hospital, in New Albany, Miss., June 1, 1950. A short service was held at Ripley, Miss., where he was preaching at his death, and his body was sent to Memphis, Tenn., where Brethren Mills and Brewer held services in the presence of many. His body was buried in Memorial Park Cemetery. Thus ended the life of a noble servant of the Host High. Brother Whitaker had a bright, sunny disposition, and his affable manner made him many friends and added much to his associates. He was very agreeable and always smiling, adding joy unto the lives of many. His health began to fail after having influenza, and he quite likely worked when he was unable physically to do so. No one could ever doubt his devotion to the cause of Christ or his willingness to spend and be spent in his service, and many are the mourners left behind. A good man has gone from us, the kind that are missed and badly needed here. But surely he is blessed evermore, and I verily believe if I ever see the New Jerusalem I will meet my good friend and brother, E. L. Whitaker. I am very sorry for his good wife, but she can thank God she had for her husband such a noble man, and the children can know they had a noble father who ever directed them in the way of righteousness. Thank God we had this fine character here sixty-eight years, and let us strive harder to emulate his good life. I thank God that I knew him. Heaven be gracious to all.

Directions To The Grave of E. L. Whitaker, Sr.

E. L. Whitaker, Sr. is buried in the Memorial Park Cemetery in Memphis, Tennessee. Take I-240 to Poplar Ave exit. Go west and the cemetery will be on your right. Enter the cemetery and travel straight ahead until you pass the little pond. Turn left and the section will be on your right. Look for a clump of trees in the middle, and the Whitaker plot should be in front, but under the limbs of the trees. Location: Plot is in Section H, Lot 13 #5 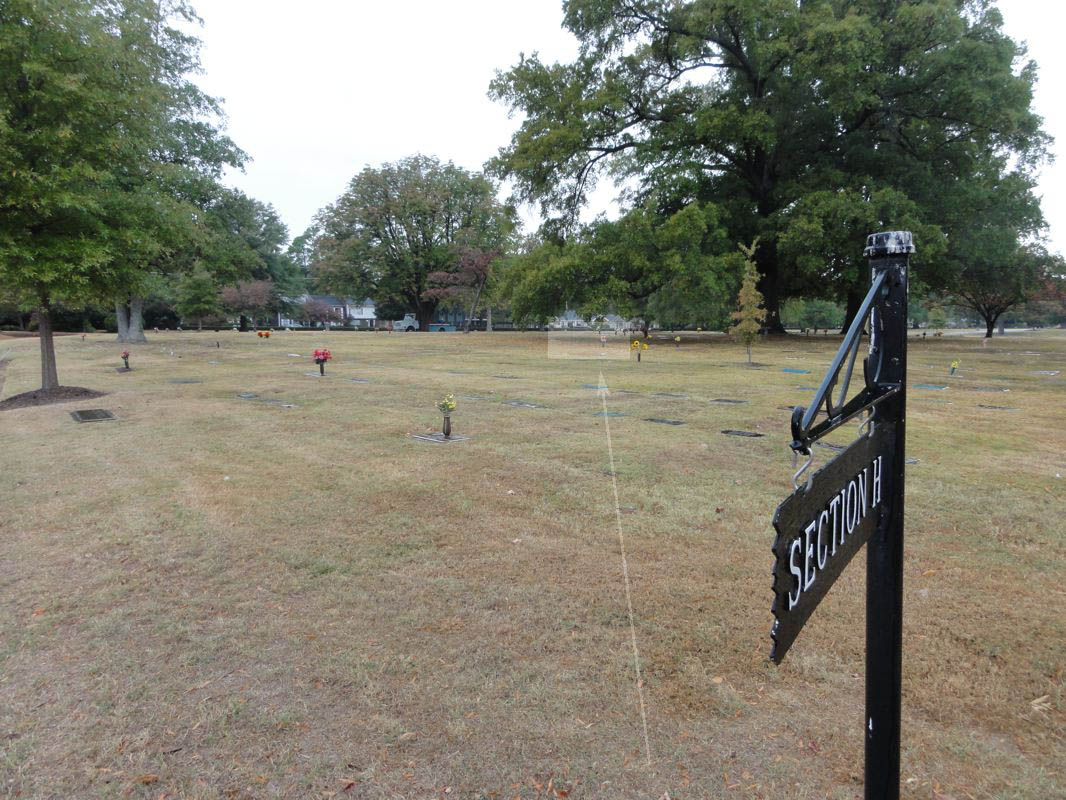 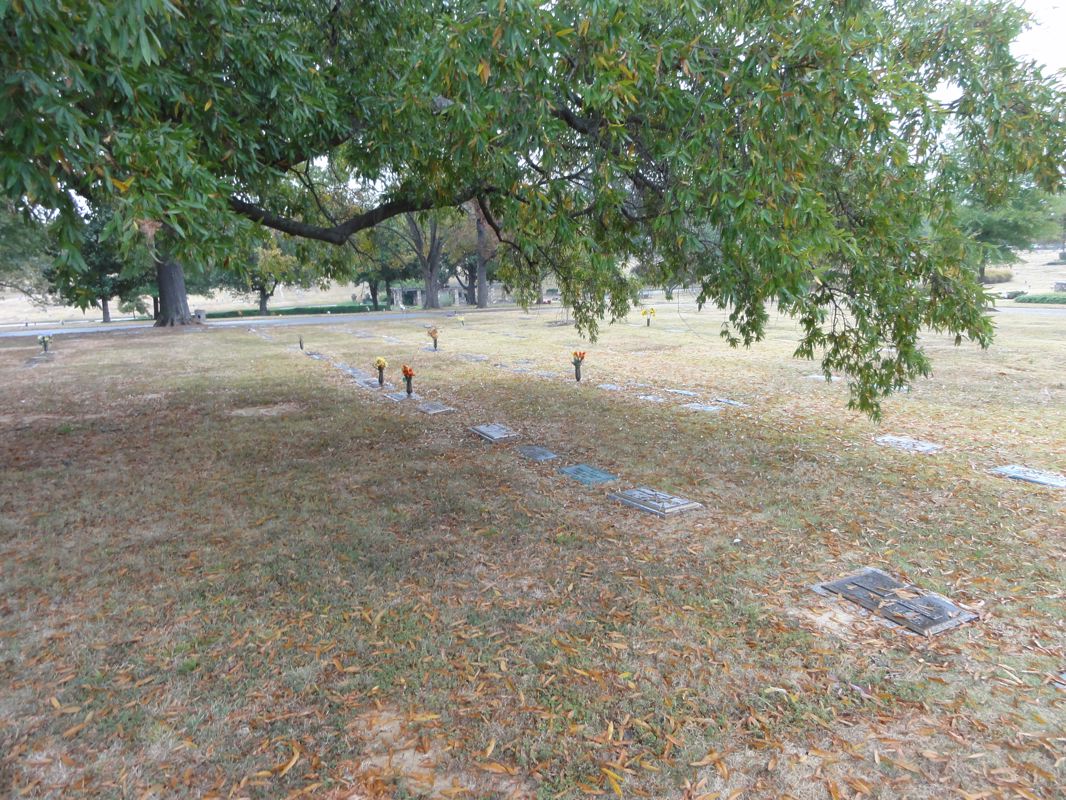 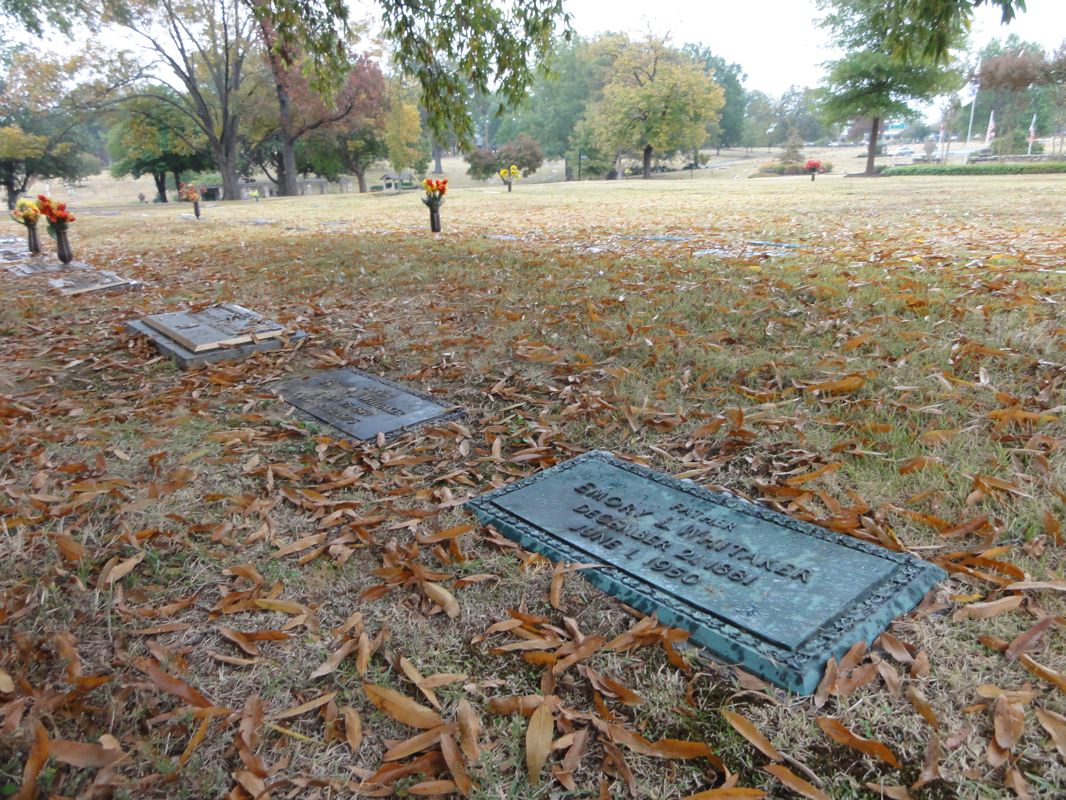 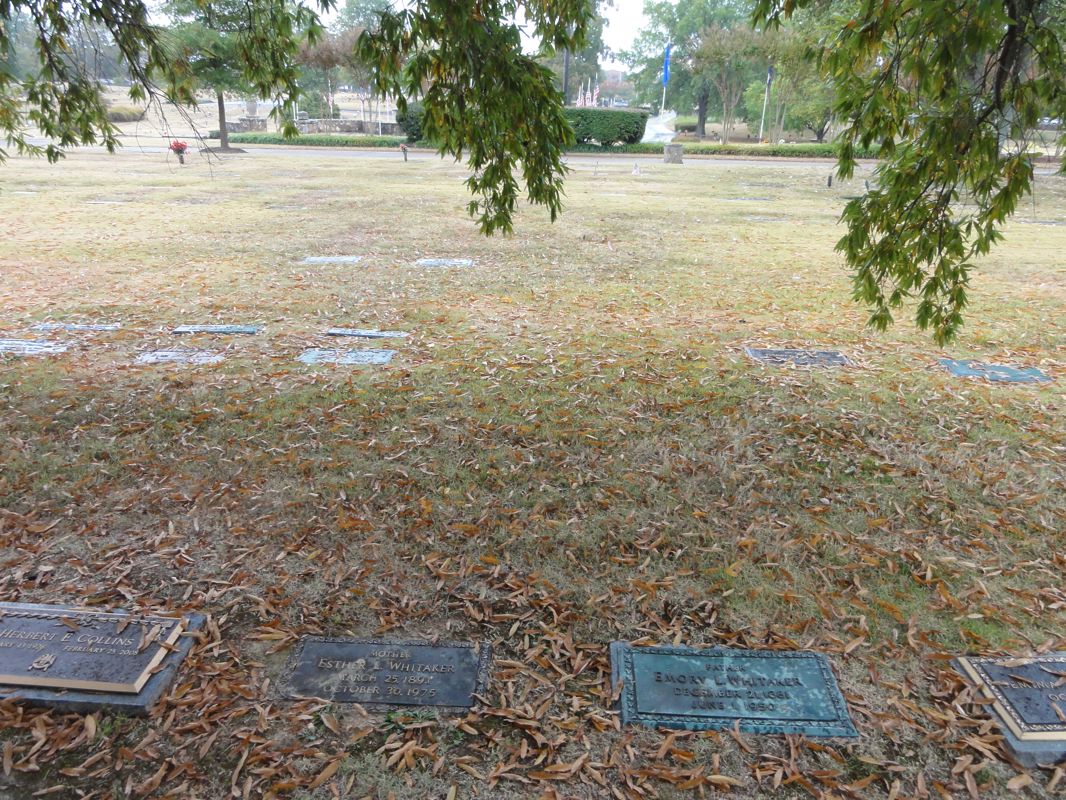 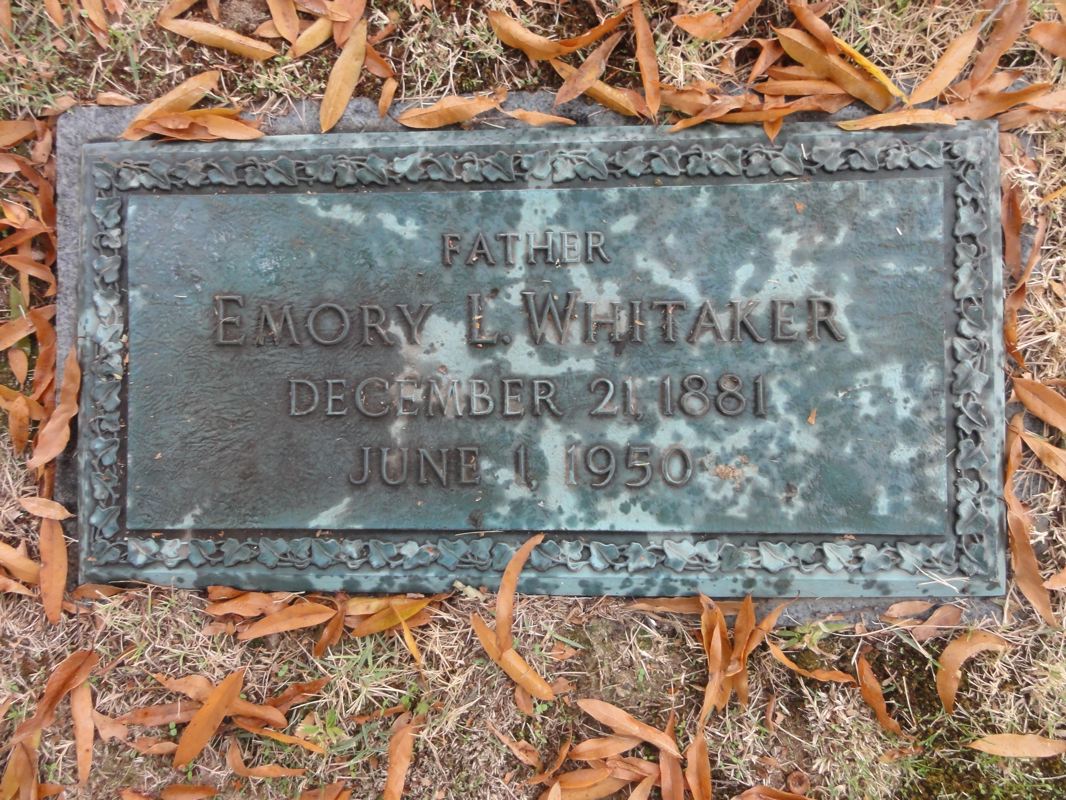