Entry In "The Churches of Christ"

A pioneer in Church of Christ-related higher education. George Adam Klingman was probably the best-educated preacher in Churches of Christ during the first third of the twentieth century. Klingman preached in Louisville, Kentucky. from 1894 until 1902, followed by a ministry with the Plum Street Church of Christ in Detroit, Michigan from 1904 to 1907 and again from 1909 to 1912.

A popular lecturer, he delivered the first series of special lectures at the newly established Childers Classical Institute in Abilene, Texas (now Abilcne Christian University), in 1907. When the annual Bible Lectures were permanently established at Abilene Christian College in 1918, Klingman was the first speaker and the principle speaker in 1919 when he delivered five lectures on biblical criticism, evangelism and cooperation of small churches. From 1917 until 1923, he served as dean of the A. M. Thornton Bible School at Abilene Christian College. He preached in Toronto, Canada, from 1923 until fall 1925 when he joined the faculty of Thorp Spring Christian College, which advertised him as "One of the Greatest Bible Teachers in the South. In 1933-34 he concluded his teaching career at Cincinnati Bible Seminary, an institution affiliated with the Christian Church. 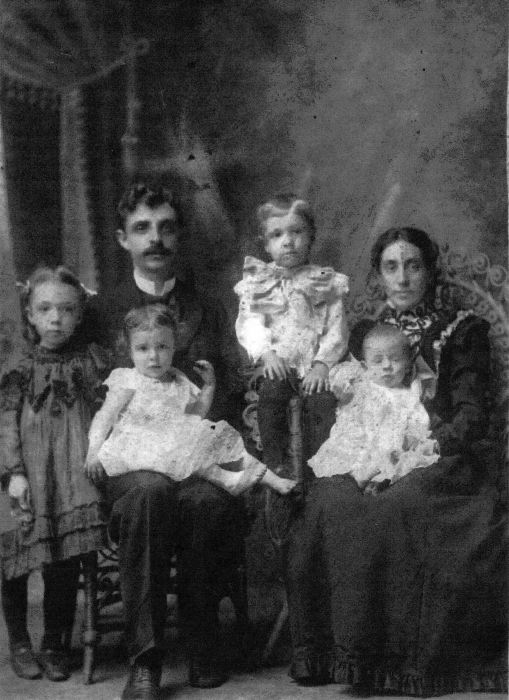 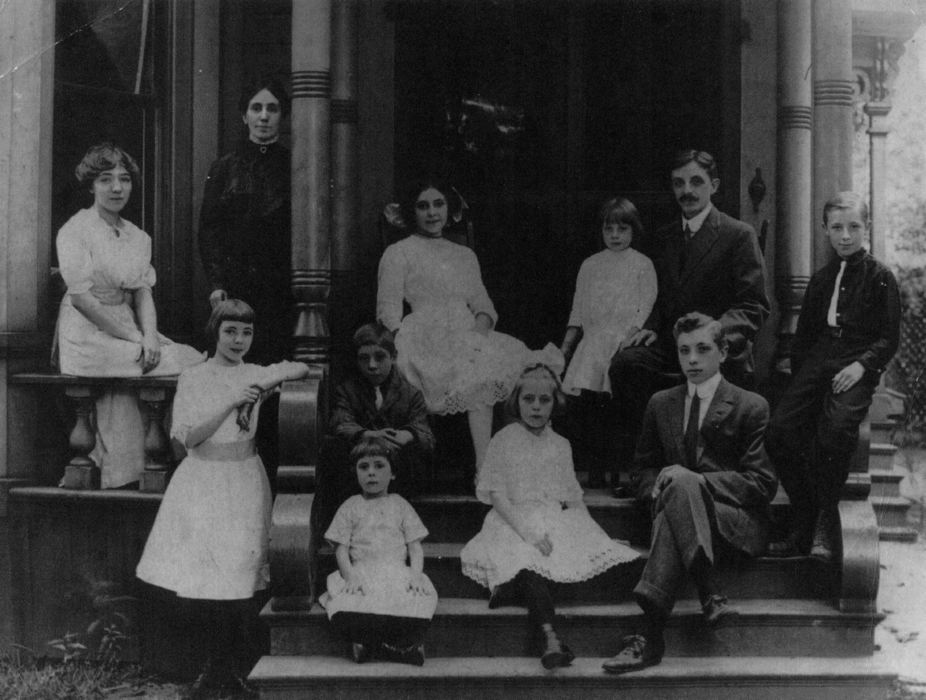 Note: Lula Grubbs Klingman, the wife of George A. Klingman, was the daughter of I.B. Grubbs, evangelist and educator in the College of the Bible during the years after the Civil War. He was a close friend to J.W. McGarvey and Charles Louis Loos. Lula's paternal 4x great grandfather was the great pioneer, Daniel Boone.

Sunday afternoon, December 15, 1939, in the beautiful, commodious auditorium of the church of Christ in San Angelo, Texas, John T. Smith and the writer officiated at the funeral services of George A. Klingman. It was a lovely day, in harmony with the beautiful life that had ended the day before.

Brother Klingman and I had been closely associated in life. We were fellow teachers in Abilene Christian College, under the presidency of Brother Sewell. He was minister for the College Church, and I was one of its elders. We played together, worked together, and prayed together.

His life was clean, wholesome, and inspiring. In all my association with him I never heard him utter an unkind word about any individual or say anything that was vulgar, low, or mean. He believed with all his heart in the Christ and in the future life, and he worked and prayed earnestly and unceasingly that he and as many others as possible might be saved eternally.

Brother Klingman was an educated man, both in secular and spiritual matters. He was a college graduate, and had done postgraduate work in some of our better universities. He was a linguist and writer. He was also a student just as long as he was physically able to study. His knowledge of music was indeed superior. He knew both the music and the words of most of the good hymns and spiritual songs. He rarely ever had to use a book in order to take an active part in song service. If every member of the church would follow Brother Klingman's practice in this matter of studying and learning every song used in the worship, I am sure it would improve our church services one hundred per cent.

Brother Klingman's greatest service to humanity, in my judgment, was his work as a teacher. Thousands who have been fortunate to sit in his classes remember him for his very inspirational and informing lessons. His classroom teaching of the Bible led many to know, to believe, and to love the dear old Book. While his classroom teaching was superior, he rendered a still greater service to the church and to humanity by his writings. These will be used by other teachers and students for years to come.

Brother Klingman was a very capable, outstanding preacher of righteousness. As one of the elders of the College congregation, I remember with much pleasure the excellent service he rendered the College Church for four years as its minister. We had peace, the congregation grew in members and in grace and a knowledge of the truth, and it was missionary.

Perhaps one of the greatest things to be said of Brother Klingman is that he was a great philanthropist. He was a sincere and enthusiastic lover of humanity, desiring most earnestly the welfare and happiness of everyone. Right gladly he sacrificed his material possessions, his time, and his very life that others might be happier and better.

Above and beyond everything else, Brother Klingman loved the Lord and his cause. To him the Bible was God's word and a very sacred volume. He read it understandingly and with deepest feeling and emotion. Few there were who could read it aloud as well as he. Many have learned and loved hundreds of passages because they heard Brother Klingman read them. The poem given below expresses his attitude toward Christ and his word. Several days before he died he requested that John T. Smith read this poem at his funeral. It expresses quite accurately his love and respect for, and his confidence in, Christ and his word.

No creed but Christ; no human limitations
To faith that longs to stretch its wings for flight.
Untrammeled by all man-made creed and dogma,
My soul, unfettered, wings its way to light.

No creed but Christ; his word alone to guide me
Through all the tangled maze of paths untrod;
His whlsper, as. I stumble on in darkness,
"Give me your hand, I'll lead you up to God."
-Ida Barsett Botts.

My acquaintance with Brother Klingman began during our student days at Lexington. We were classmates. Also my girl boarded in the home of his girl's father. In this way we were also frequently brought together. He was pleasant and agreeable and an apt student. When we were married, Sister Klingman's father performed the ceremony.

After school days, Brother Klingman moved to Louisville, Ky., and began work with a little church that met in a horse stable. By the time we made our first trip home in 1899 this humble beginning had grown into a prosperous church with a neat house in which to meet. We spent a year in the neighborhood, and the two families spent much time together. Brother Klingman had nine children; and when standing in a row, they were as regular as a flight of stairs. The sisters made presents of clothing to the Klingman children that had been outgrown by their own. Brother and Sister Klingman dressed up their row of stairsteps in these ill-fitting clothes, and, as usual, marched them into church on Sunday morning. Brother Klingman, in thanking the sisters for their gifts, also added: "And Solomon in all his glory was not arrayed like one of these."

During the twenty years that I carried a missionary page in the Gospel Advocate, Brother Klingman was a frequent contributor. The last time we met was in 1937 at Abilene, Texas. He was then in bed. When Mrs. McCaleb passed on in January, 1939, Sister Klingman wrote me a long and sympathetic letter. Our four and no more, with our children, were intertwined into the hearts of each other as we were with no one else.

Brother Klingman left three good books behind: "I. B. Grubbs' Notes on Romans," "Church History for Busy People," and "God Is." Sister Klingman and I are the two left out of the original four. She has been a faithful and dutiful wife through all these years. May the remnant of her days be days of peace, with a steady hope for the land beyond, where we four shall meet again. I sympathize with the children in the loss of an affectionate father.

Tribute To George A. Kingman

"Know ye not that a prince and a great man has fallen in Israel?" Such a man was our dear brother Geo. A. Klingman. His life and teaching have left a lasting impression on me, because he led me into the "light of the gospel"; and through the years his "labor of love" has encouraged and sustained us. I recall a protracted effort at Portland Ave. Church (Louisville), at which time an excellent young Christian, Brother C. G. Vincent, and I, were encouraged by Bro. George to attend Potter Bible College. This school opened in 1901 at Bowling Green, Ky. Except for his assistance, and that of my dear companion (his sister), this schooling would not have been possible for me. Bro. Vincent and I have ever been grateful that in the providence of God, we met Brother Klingman's two lovely sisters. Their Chrlstian devotion and self sacrifice has made it possible for us to labor in the Lord's vineyard. We have regarded our dear brother George as more than a brother, yea, rather a "father in the gospel," a brother beloved, and a friend at all times.

Directions To The Grave Of George A. Klingman

G.A. Klingman is buried in the Fairmount Cemetery in San Angelo, Texas. The main expressway in San Angelo is the W. Houston Harte Expressway (Hwy. 67). Go to the Glenn St. Exit. Turn left on Glenn St. Go to W. Ave. N. and turn left. Go a couple of miles and the cemetery will be on your right. Enter the main gate and go to the large gazebo straight ahead, then turn left. Then go as far as you can to the end of the cemetery. You will then be in the IOOF section. Turn right. Go about half-way of the section on your right. Stop the car. Look for two cedar bushes close together. Just to the left and back one row will be the Klingman plot. 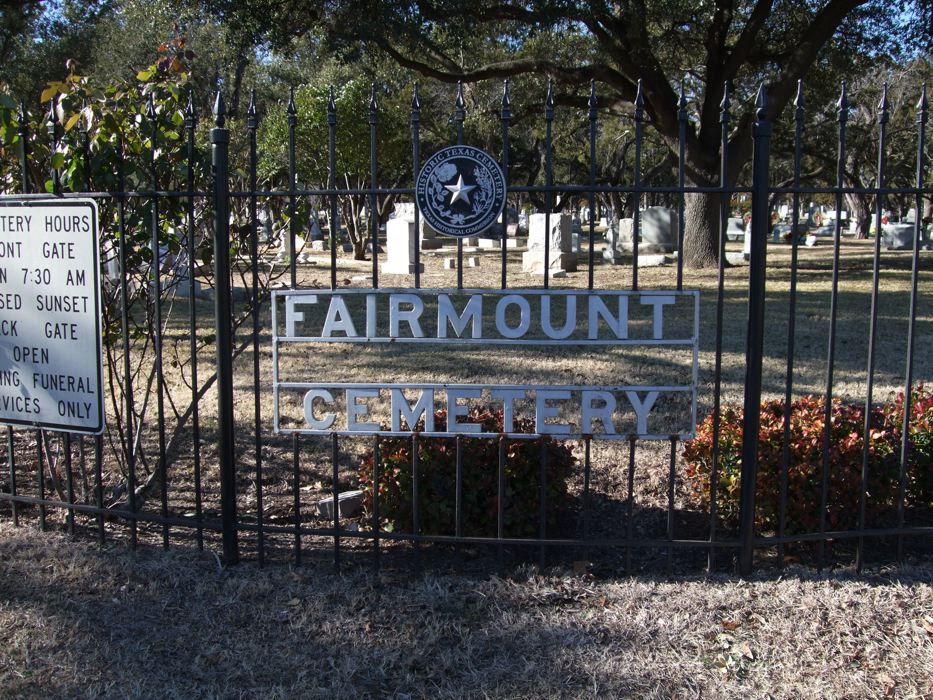 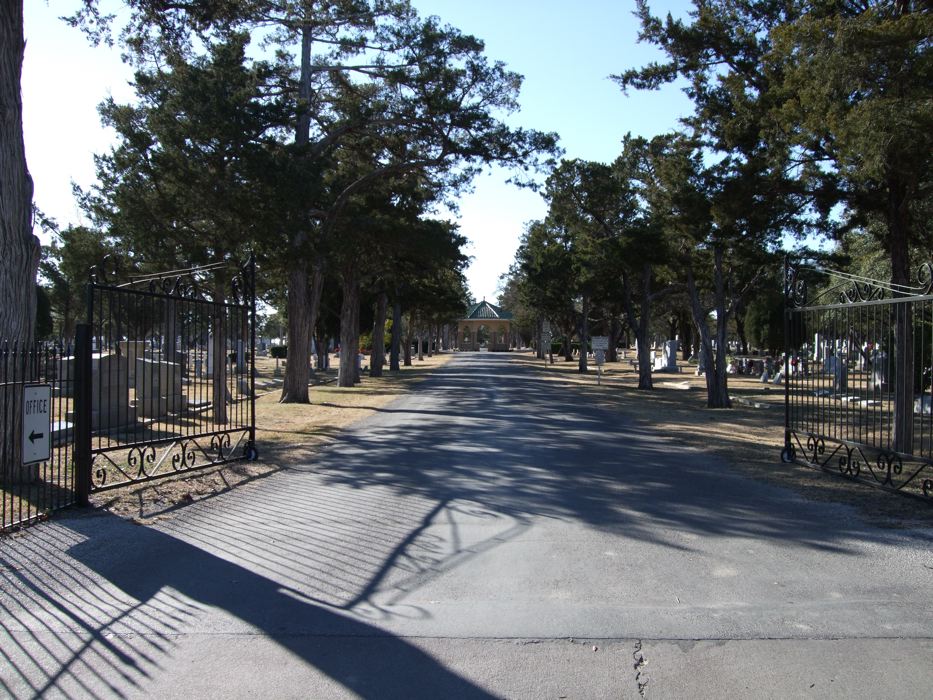 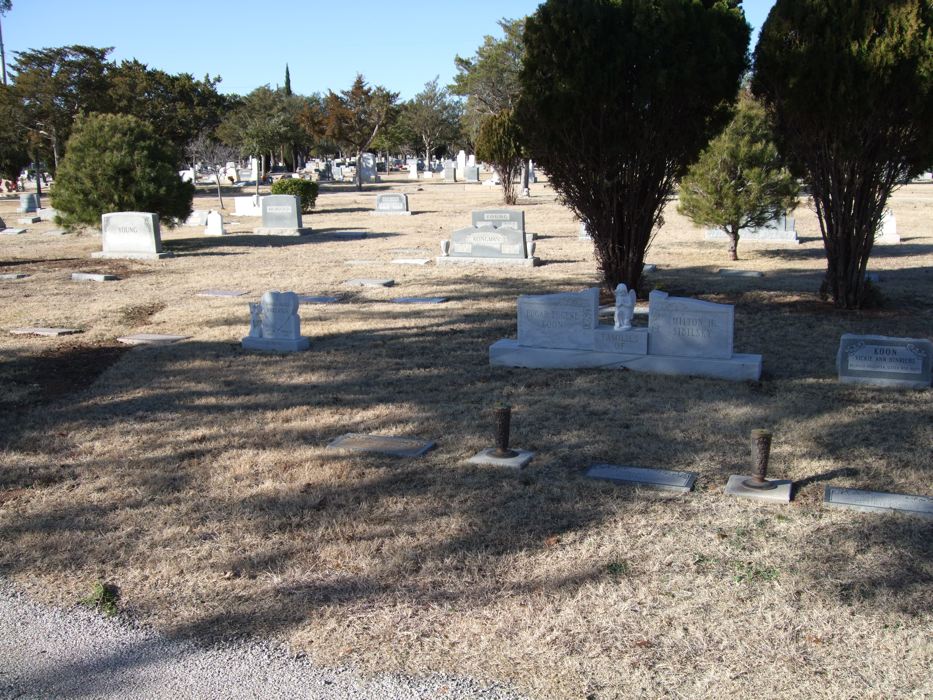 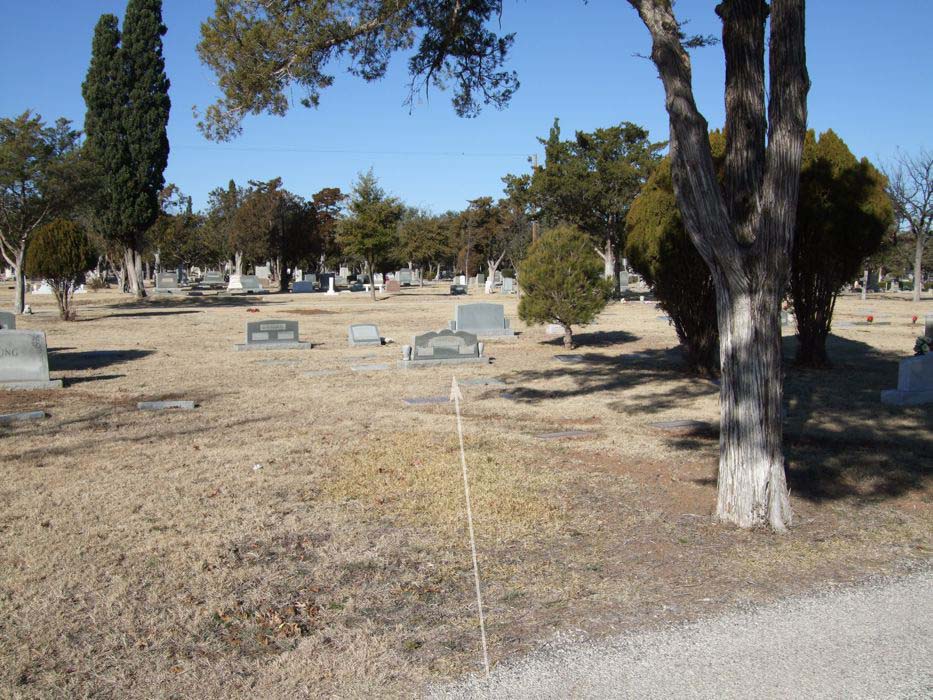 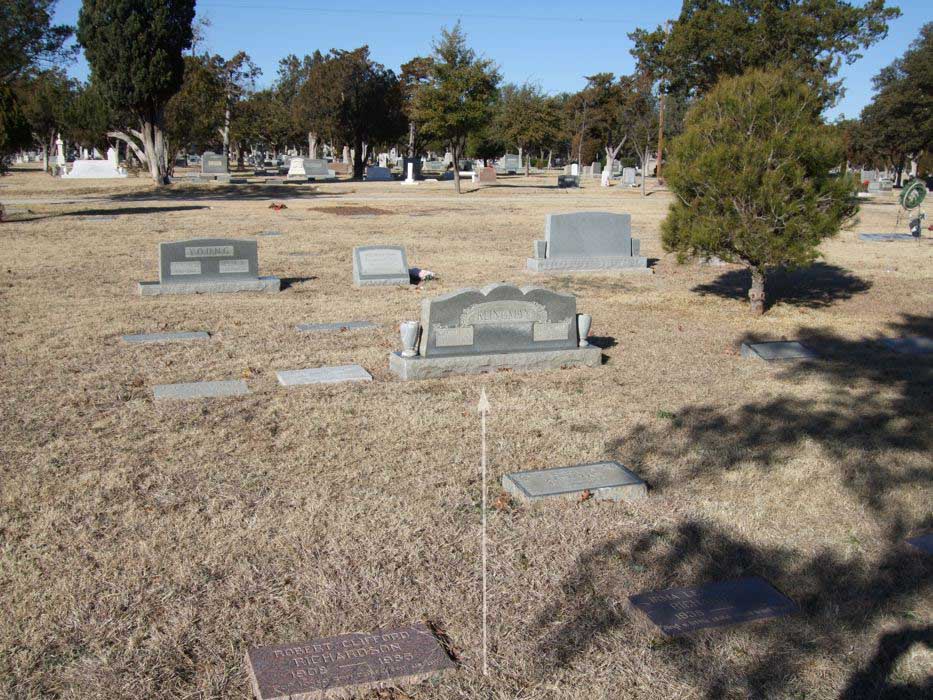 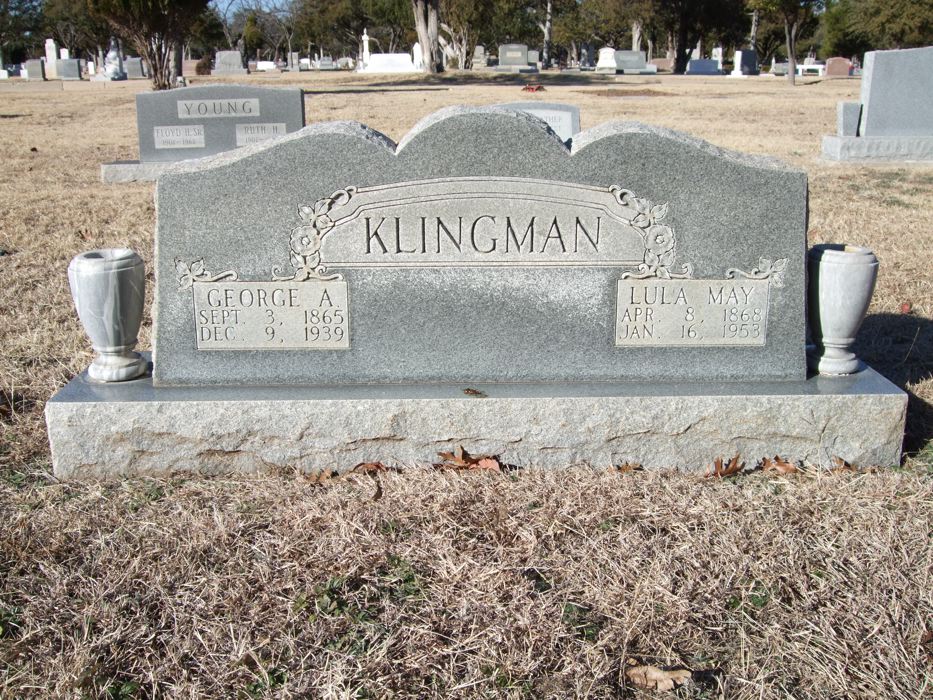 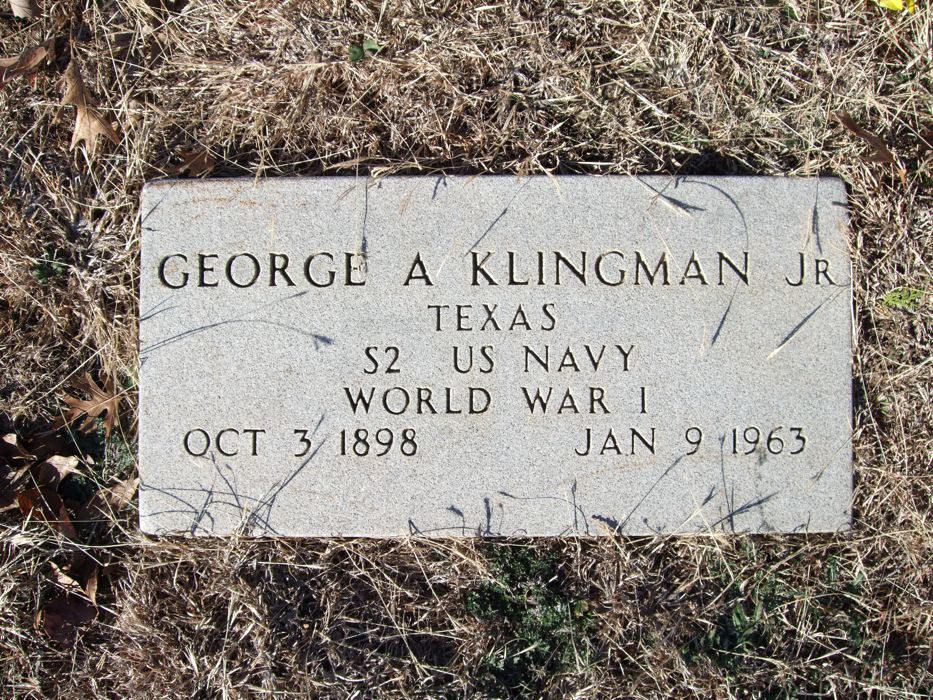 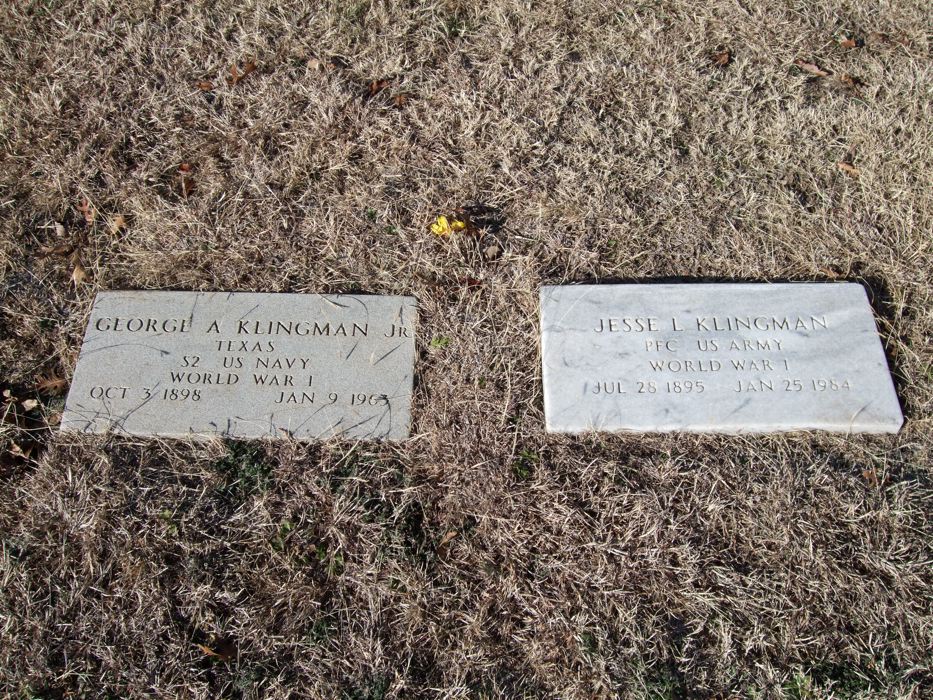 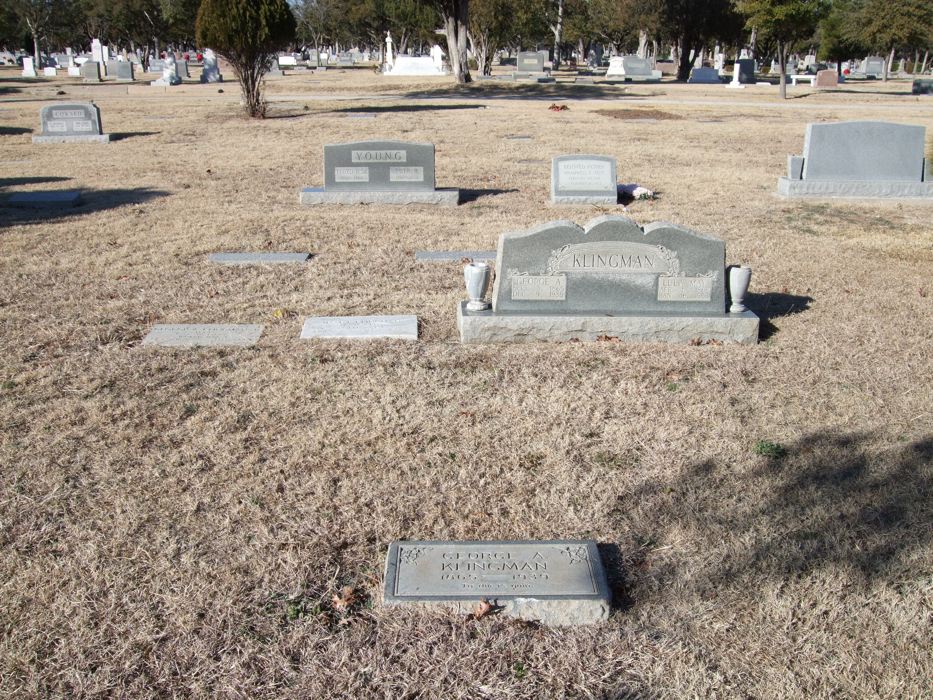 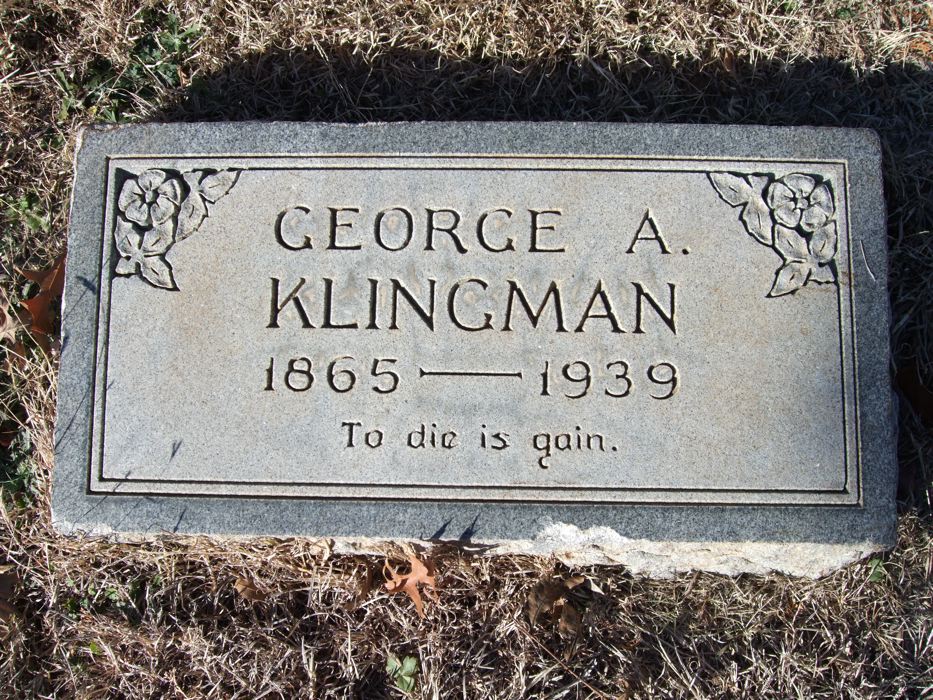