Biographical Sketch Of The Life of Claude McClung

Claude McClung was born to John T. and Ida Sandlin McClung on September 25, 1886, at Mt. Hope, Alabama. In 1893, the father moved the family to Springtown in Parker County, Texas. McClung attended the high school in Parker County, Bowie Commercial College and Thorp Spring Christian College. He also wrote a book entitled, "Why I Left Masonry" in 1952.

On October 10, 1909, he married Nola Dale Craig. To this union, two children were born: Claude Leo, a son, and Mildred Ione (now Mrs. Carl Spain). He was always grateful that he had the opportunity to attend Thorp Springs and to sit at the feet of such men as R. C. Bell B. F. Rhodes, Batsell Baxter, W. F Ledlow and C. R. Nichol. His stepmother was a Christian at the time of her marriage to his father, and due to the Christian influence of his beloved stepmother, his father was baptized into Christ by W. T. Kidwill. Immediately, he began to think most sincerely about his own spiritual welfare.

In 1910 he attended a meeting in Springtown, conducted by J. S. Dunn who was then preaching for the Central church in Fort Worth, Texas, and he and his companion obeyed the gospel in this meeting. He pondered seriously what he should do with his life and later one evening, while walking home from work, he made a firm and prayerful commitment to carry the gospel of Christ to others to the very best of his ability. Immediately, he made a trip to Thorp Springs, 35 miles south of Springtown, and made arrangements to attend Thorp Springs Christian College, and secured a place to live. He had a share in a grocery store but sold it in the Spring of 1911 and moved to Thorp Springs making the two-day trip in a wagon with the help of his father. In 1912 in Springtown, he began preaching, in keeping with his promise to the Lord. He was busy preaching the word throughout this life until ill health forced his retirement in 1956. On December 19, 1956, his beloved wife, Nola, passed away to a better land prepared for God's redeemed. She was described as "a quiet, lovable person who kept the home through all the years."

The first years of his work were in gospel meetings and special appointments. From 1918 to 1924, he did local work in Waco, Texas; Liberal, Kansas; Glenwood (Vickory Boulevard) in Fort Worth, and South Main in Weatherford, Texas. For the last 15 years, until 1939, he was engaged in local work, holding 24 or more meetings per year. In 1952, he said, ". . . had not missed observing the Lord's Supper in the 42 years he had been a Christian." From 1940 to 1956, he was engaged in local work with Oak Lawn in Fort Worth, in Arlington and Mansfield, Texas. At the time of his forced retirement in 1956, he had baptized more than 5,000 people into Christ.

The two years following the death of his companion, he lived with his daughter, Mrs. Carl Spain, in Abilene, Texas, where he met and married Mrs. Blanche Ford, a faithful Christian widow, on February 18, 1958. His heart condition was quite well-controlled until about ten days before the end came, May 5,1968, in Kilgore, Texas.

Funeral service was conducted by Eris Ritchie and George H. Stephenson in Kilgore, Texas, with a second service being held in Fort Worth. Claude McClung was laid to rest in the Rose Hill Cemetery in Fort Worth.

Webmaster's Note: In the summer of 1934 Claude McClung evangelized in the North Alabama area. In the city of Haleyville, a number of people obeyed the gospel through his preaching. One person was a 14 year old girl named Bernice Oden. Later she would marry Paul Ralph Harp. Together they would bless many through their influence in the church of Christ. Bernice is my paternal grandmother, and at this writing is the only living original member of the South Haleyville Church of Christ, Haleyville, Alabama.

Directions To The Grave Of Claude McClung

Claude McClung was buried in the Shannon Rose Hill Memorial Park On May 7, 1968. He was buried in Section Oaklawn 24, E. 1/2 of Lot No. 123. To find Shannon Rose Hill in Ft. Worth, Texas take the 820 Loop S. to Lancaster Rd. If traveling from the north go east (left) about two or three miles and the Rose Hill Funeral Home and Cemetery will be on the left. Go past the funeral home and first entrance and enter the cemetery at the last entrance on the left. As you enter the cemetery you will pass the grave of L.S. White on your right in Section 8. Take the third left and begin to bear around the Section 24 that is to your right. You will be going up a hill. When you are almost to the top pull over to the right. Look for a park bench. Behind the park bench is the Miller Monument. Go to the Miller monument and the McClung monument will be just to the right. 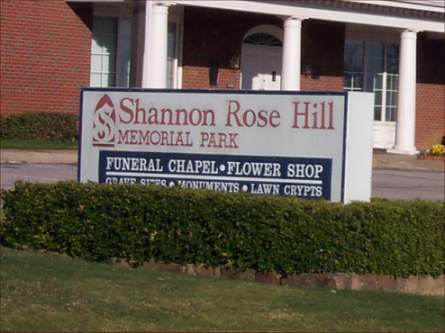 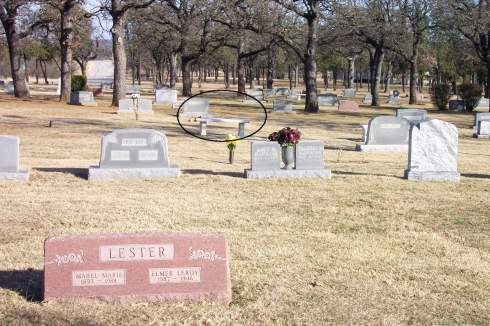 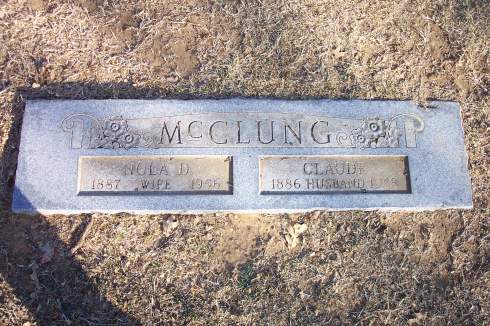 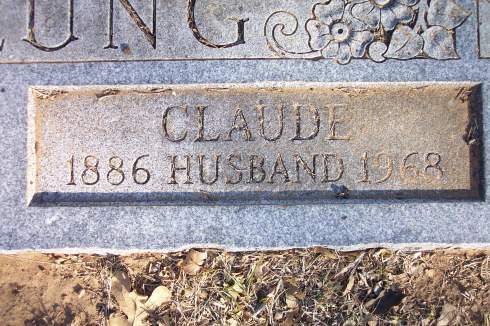 Webmaster's Note: While in Shannon Rose Hill you may be interested in visiting the grave of Lee Harvey Oswald. Though not connected to the

Restoration Movement, Oswald played a major role in U.S. History as the accused assassin of President John F. Kennedy. He is buried on the west side of the cemetery in section 17. The simple pink granite stone only says, "OSWALD." The location of the grave is not generally publicized, but I found the directions on the web myself. When I visited the grave in January, 2004, I had hardly got out of my car when one of the staff pulled up in a big black car and asked if they could assist me. They didn't seem too pleased that I was in the area. So, they watch the grave pretty close.