A great reformation was begun in Edinburgh, Scotland at the turn of the 19th century. The evangelical movement worked in union with the Congregational movement led by Robert Haldane and his brother, James Alexander Haldane. At that time, Greville Ewing was a young graduate of Edinburgh University, and associate minister of Lady Glenorchy's Chapel. The Presbyterian pastor ultimately left the Church of Scotland and united with the Haldanes in their evangelical effort. By 1809, Ewing departed the Congregationals and continued his evangelical efforts throughout Scotland as an Independent evangelist. He spent most of his years living and working in the area around Glasgow. However, his belief that Christ could be planted in the hearts of men through the preaching of the gospel, led him to evangelize all over Scotland, and throughout the British Isles.

Greville Ewing owned a family plot in Edinburgh's St. Cuthbert's Churchyard in Edinburgh, Scotland. It is where he was intending to be buried in his early years. His first two wives, Ann Innes and Janet Jameson, are buried in the grave plot, alongside his parents, Alexander and Isabella Gray Ewing. According to his daughter and biographer, Mrs. J.J. Matheson, when his third wife, Barbara died, she asked if she could be buried in her family plot; the Maxwell family mausoleum at Eastwood Old Cemetery, in what is now Pollockshaws, south of Glasgow. She asked also if he would consent to being buried with her. To this he agreed, and was buried next to her in an unmarked grave when he died 21 August, 1841. See the site of his burial here!

St. Cuthbert's Churchyard/Cemetery is also the burial location of James A. Haldane. His brother, Robert Haldane is buried in the Glasgow Cathedral, in the plot of some of his wife's family.

Directions To The Ewing Family Plot In Edinburgh, Scotland

NOTE: Greville Ewing is NOT buried here. He is buried in the Maxwell family plot in Eastwood Old Cemetery in what is now, Pollockshaws, just south of Glasgow, Scotland. His grave is unmarked. Go to Ewing plot and photos here.

The location of the family plot where two of his first wives, his parents and a niece are buried, is as follows:

In Edinburgh, go to the area of the city center, to the corner of Lothian Road and Princes Street. There are two churches there. The first is St. Johns. It has a Catholic cemetery. Up Lothian Street slightly is The Parish Church of St. Cuthbert. The cemetery surrounding it is where you will find the Ewing family plot.

Lothian Road Entrance: Entering the cemetery from Lothian street, walk down the steps. The front of the church building will be straight ahead. Make your way to the left side (north) side of the building. Walk around until you are standing in front of the big red church door on the side of the building. If you are looking straight at the door, do an about-face (180° turn), and walk over to the wall of monuments. You should walk right up to the Ewing family plot.

Princes Street Entrance: Walk down the stairs into the cemetery. Take the first walk to the right, closest to the church building and walk up to the first door you come to, (big red door). If you are looking straight at the door, do an about-face (180° turn), and walk over to the wall of monuments. You should walk right up to the Ewing family plot.

NOTE: The James Alexander Haldane Plot is located in this cemetery as well. 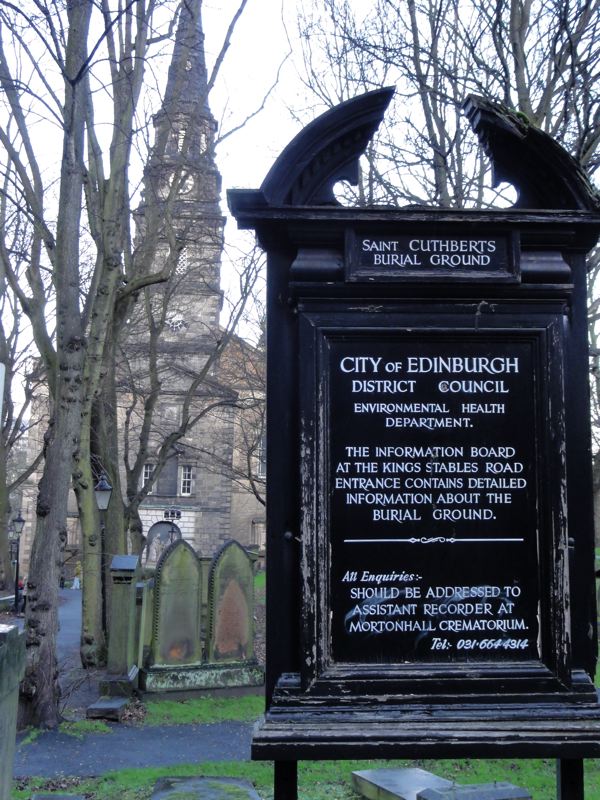 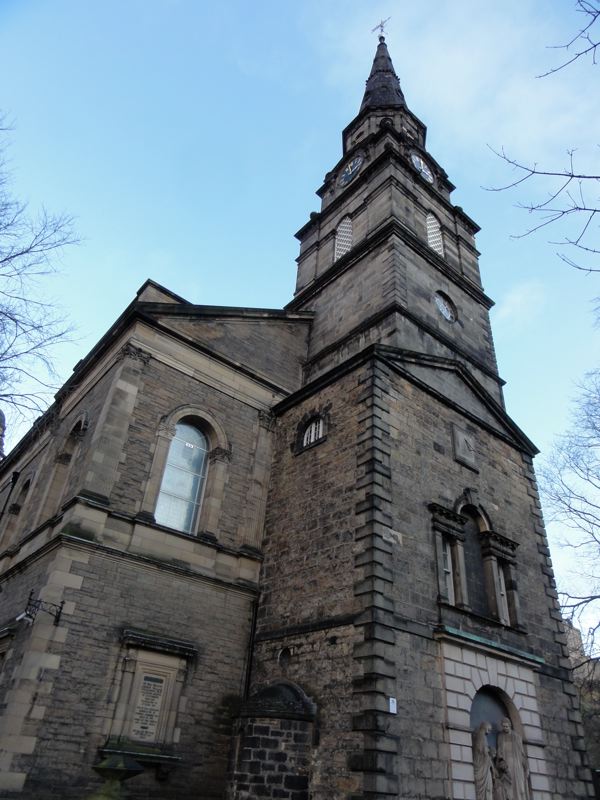 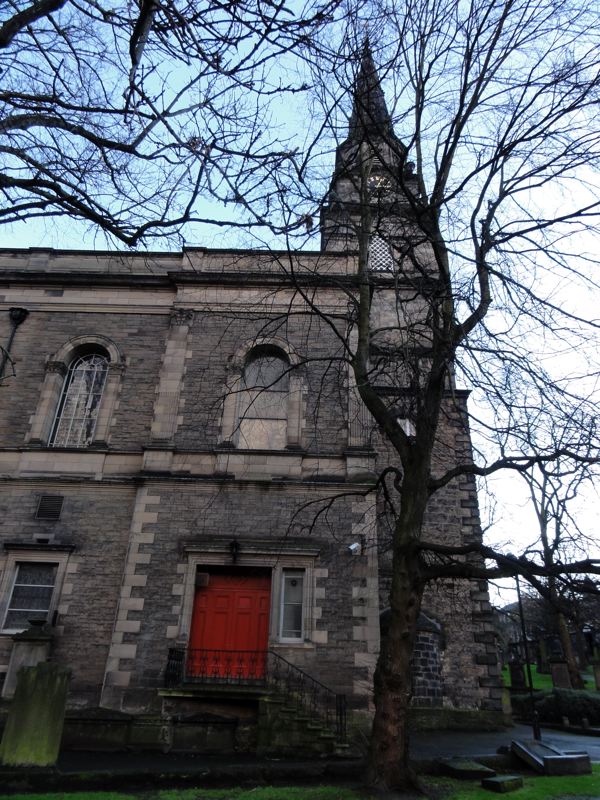 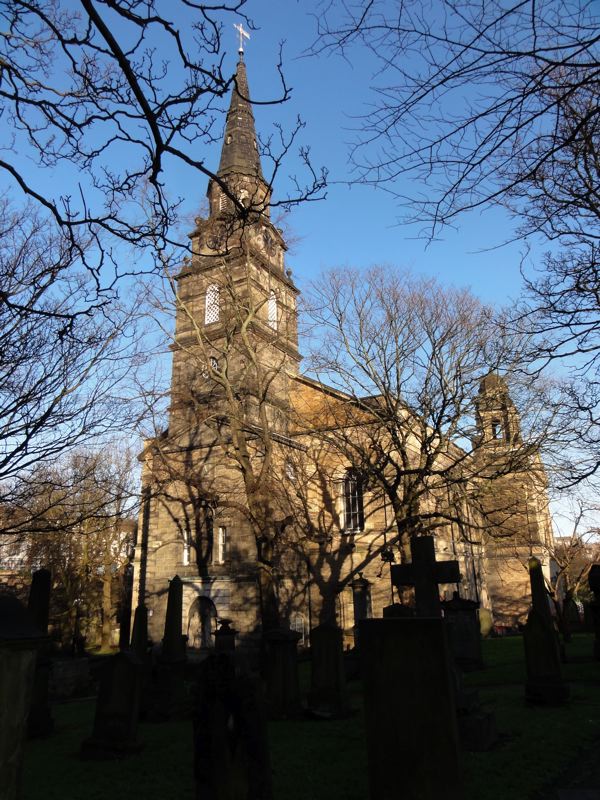 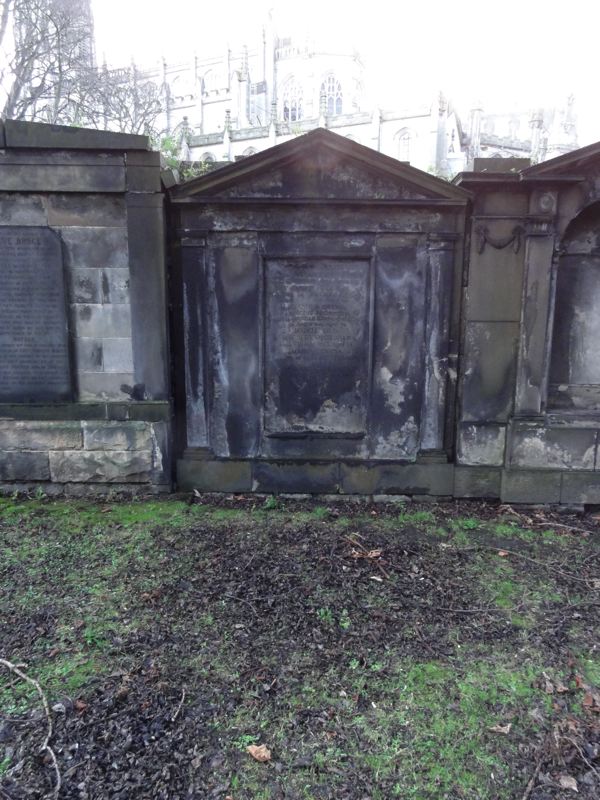 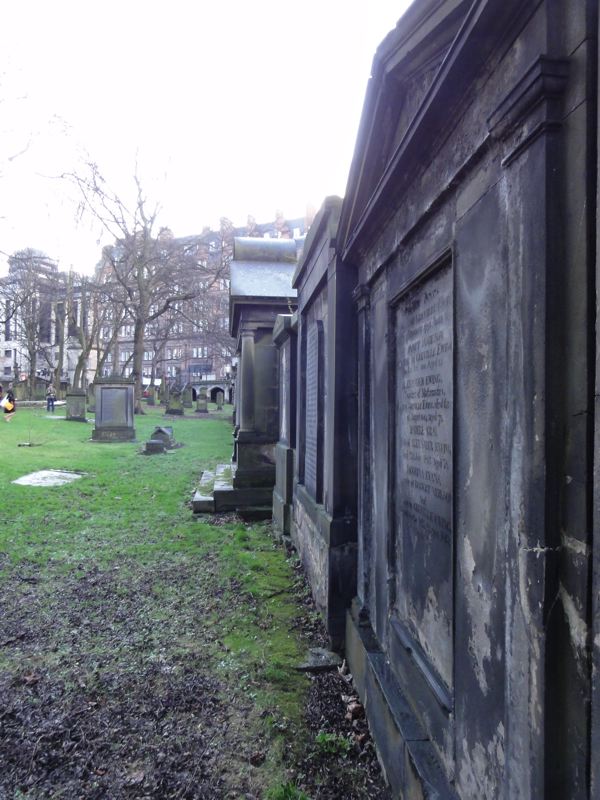 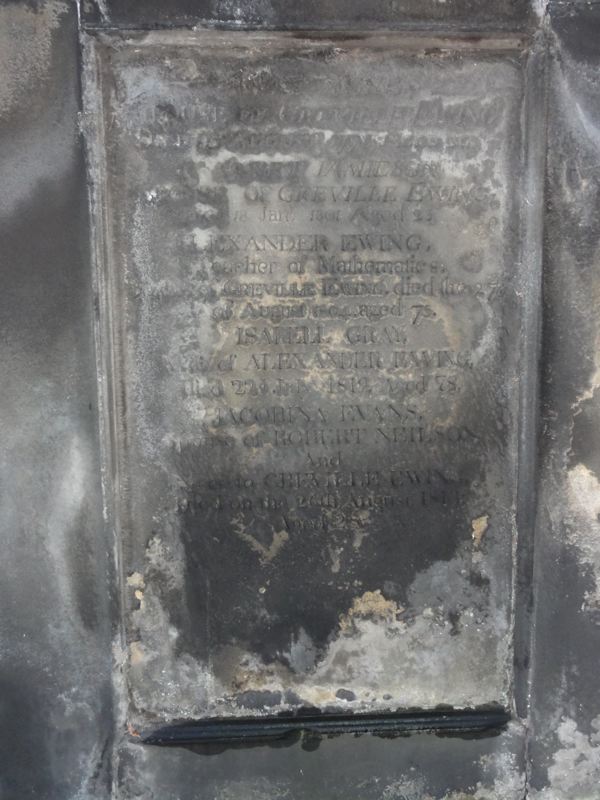 Inscriptions on The Edinburgh Plot Of Greville Ewing

The burial ground of Greville Ewing, a minister of the Gospel, Edinburgh.