Oliver Cornelius Dobbs was born in Coosa County, Alabama, north of Montgomery, April 29, 1875. He was baptized in 1896 by Virgil E. Randolph, son of Jeremiah Randolph, one of five Randolph preachers who pioneered the primitive gospel in several counties of North and Northwest Alabama. Dobbs studied the Bible under David Lipscomb and James A. Harding at the Nashville Bible School in its early years. He began preaching in 1902 in Tuscaloosa County, Alabama. He held numerous meetings and also participated in several debates. In his early m1ll1stry, he supported himself by farming, but in his later years he ran the Dobbs Truss Company,

Carl Ketcherside said: "Brother Dobbs developed a hernia and in order to contain or control it, cut a piece of material from an old automobile tire, out of which he fashioned a truss. The hernia corrected itself with this assistance. This led him to experiment until he invented trusses for various types of hernia after which he created the Dobbs Truss Company to market his product. Since this was prior to the time when surgery was used for the condition, the company soon became international in scope with representatives in the major cities of the world. During the years when the business flourished Brother Dobbs became quite well-to-do." (Carl Ketcherside, Pilgrimage of Joy.) He was thus well able to preach the gospel at his own expense.

Dobbs' field of labor was largely Northwest Alabama, although he also preached in other places. In 1927, he began holding gospel meetings at Pleasant Site in western Franklin County and helped to plant the cause of Christ in that community. His first meeting there was under a tent and his preaching so aroused the sectarians of that region that they tried to stop the meeting. They filed civil charges against the Christian brethren claiming that the preacher's tent had been pitched over the line onto another man's property. The enemies of the Lord's church even had several of the brethren arrested, including Dobbs. But the persecution Dobbs received at Pleasant Site attracted sympathetic attention and resulted in a great victory for the truth. C. C. Burns, writing in the Gospel Advocate sixteen years later (1943), said the episode proved to be the downfall of the Baptist church in that community. The Baptist church at the time Bums wrote was small while the church of Christ had a gained a large membership.

In 1921, Dobbs held a debate with Primitive Baptist I. T. Robinson at Rock Creek, Alabama. In 1931, he held a meeting at Shady Grove, not far from Pleasant Site, in which twenty-five were baptized. He preached in Northwest Alabama for half a century and baptized thousands of people. Larry Whitehead quotes his grandmother, Minnie Belle Ehl, a devout Christian who heard all the great preachers that preached in the vicinity of her home in Fayette County, Alabama, during her lifetime, as saying, O. C. Dobbs was "the best preacher she ever heard." Dobbs should be remembered for his faithful work in proclaiming and defending the gospel of Christ in Birmingham and in the counties of Northwest Alabama.

Several years before his death, Dobbs wrote: "I am now, as you will see, past seventy-seven and am more active in thought than I was in my younger days, I can preach with more ease than ever before. I have never compromised TRUTH with error; I never expect to. (Batsell Barrett Baxter and M. Norvel Young, Preachers of Today- 1952.)

Death came to O. C. Dobbs December 1, 1969 in his ninety-fifth year. The Mission Messenger gave stomach cancer as the cause of his death. He is buried in New River Cemetery in Fayette County near the graves of some of Northwest Alabama's noble pioneer preachers and other Christians, including Virgil and Jeremiah Randolph, J. M. Wade, and John T. McCaleb. Dobbs' first wife was Susan, a daughter of John T. McCaleb.

The persecution Dobbs received at Pleasant Site shows the kind of man he was and the kind of preaching he did. Like all men, he erred in some things, but it was his intent as a preacher to never compromise truth with error. So far as we are able to tell he kept that promise until God called him home.

Editor's Note: Brother Dobbs was preaching around Birmingham, Alabama in early 1951, when events began to unfold in far away Paragould, Arkansas. As he had never been proponent of located ministers himself, he became aware of the work of W. Carl Ketcherside's preaching against the located preacher's concept. As things were heating up in Paragould, Ketcherside made the following comments about O.C. Dobbs.

"I arrived back in Beech Grove on January 7, prepared to begin our two weeks of study the next day. The opposition had been busy during the interim. The latest prepared "bomb" was a tract by J.A. McNutt attacking O.C. Dobbs, Sr., of Birmingham, Alabama, and me. I had never met Brother Dobbs but had heard a great deal about him. He was in the first graduating class of the original Alabama Christian College when G.A. Dunn was president. He came away from the school convinced that the gravest threat to the primitive order of things was the growth of the one-man preacher-pastor system.
Brother Dobbs developed a hernia and in order to contain or control it, cut a piece of material from an old automobile tire, out of which he fashioned a truss. The hernia corrected itself with this assistance. This led him to experiment until he invented trusses for various types of hernia after which he created the Dobbs Truss Company to market his product. Since this was prior to the time when surgery was used for the condition, the company soon became international in scope with representatives in the major cities of the world. During the years when the business flourished Brother Dobbs became quite well-to-do. With characteristic enthusiasm he plunged into the fight against the "growing pastor system."
When he learned of the growing storm at Beech Grove he mailed the brethren a bundle of his booklets which they passed out with considerable eagerness. This injected a new political angle into the fracas. It had been previously hinted that I was leading a "Yankee invasion" into one of the strongholds of the "Old South" and bringing in northern doctrine. It was purposely made to appear that I was a "religious carpetbagger." But O.C. Dobbs was from Birmingham, only a little way from where Jefferson Davis had been named President of "The Confederate States of America." He spoke with a southern accent and even wrote with one."

O.C. Dobbs is buried in Fayette County, Alabama in the New River Church of Christ Cemetery. It is about 10 miles southeast of Winfield, and about 10 miles due east of Fayette. The closest township is the little community of Hubbertville about 3 mile northwest.
From Birmingham: travel northwest on Hwy. 78 through Jasper. The new Corridor X is being completed that links Memphis, Tennessee and Birmingham, Alabama. So, part of the way can be traveled on Corridor X and part of the way is on Hwy. 78. When you get to the little community of Elderidge turn left on Hwy. 13 and head south ten miles to Hwy. 102. (It will be the next stop sign). Turn right on Hwy 102 and head toward Fayette about 6.7 miles. You will come to County Road 53 that goes to your left at the top of a hill. DO NOT turn there. Go on to the bottom of the hill and County Road 53 will turn to the right. Turn right on County Rd. 53 and go about 4 miles. You will come to County Road 49 that goes Left and Right. On the left corner is the New River Church of Christ. The cemetery is just the other side of it. Standing in the parking lot of the church building looking at the cemetery, all of the graves of the preachers listed on this page will be toward the front and on your left within 25 feet of each other. The exact location of the grave is: 33°48'26.2"N 87°43'43.8"W / or D.d. 33.807269,-87.728834 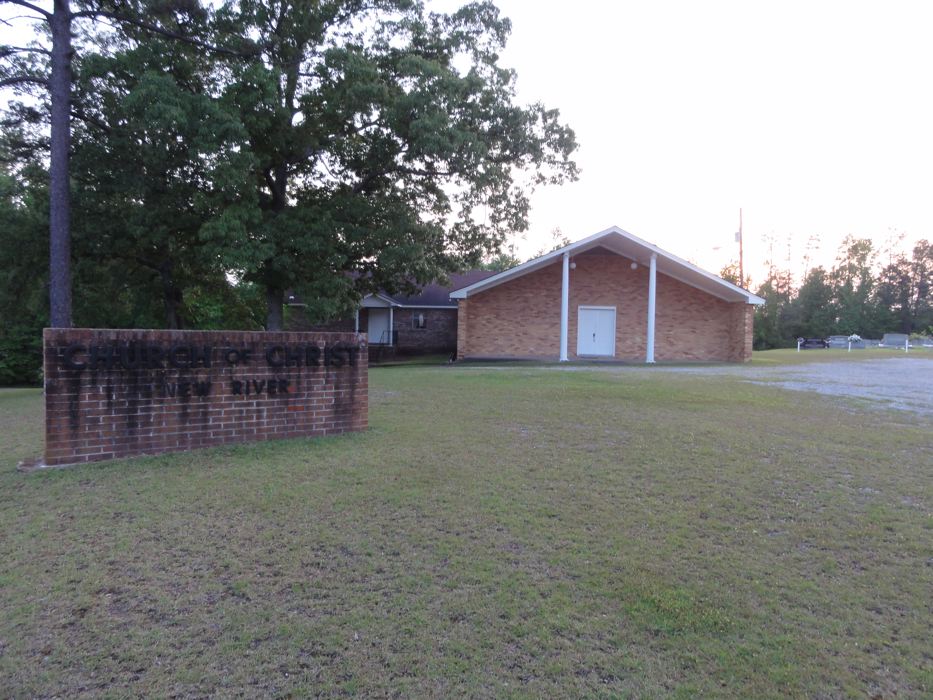 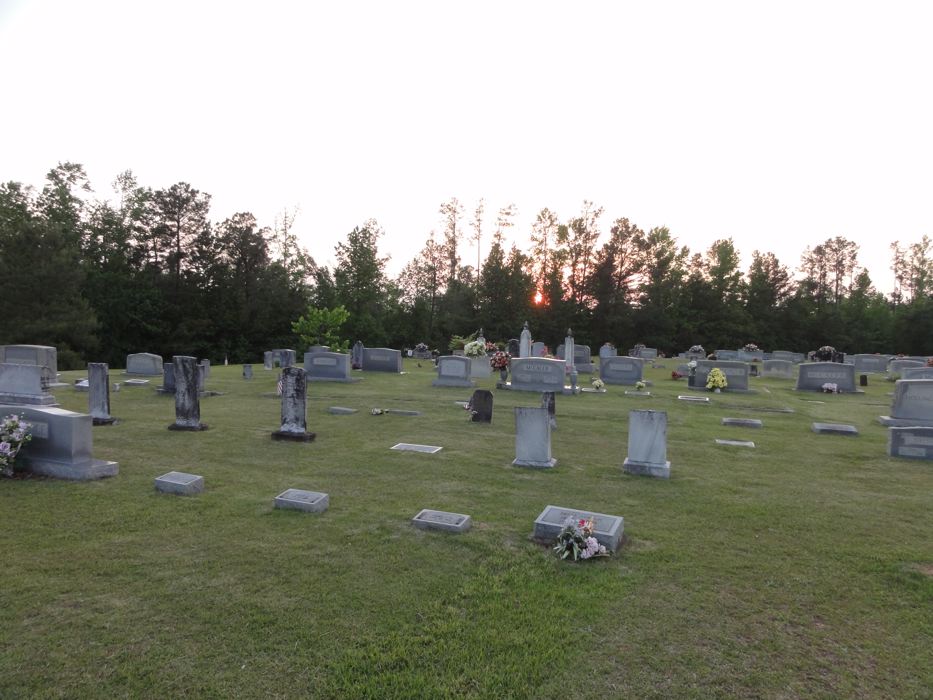 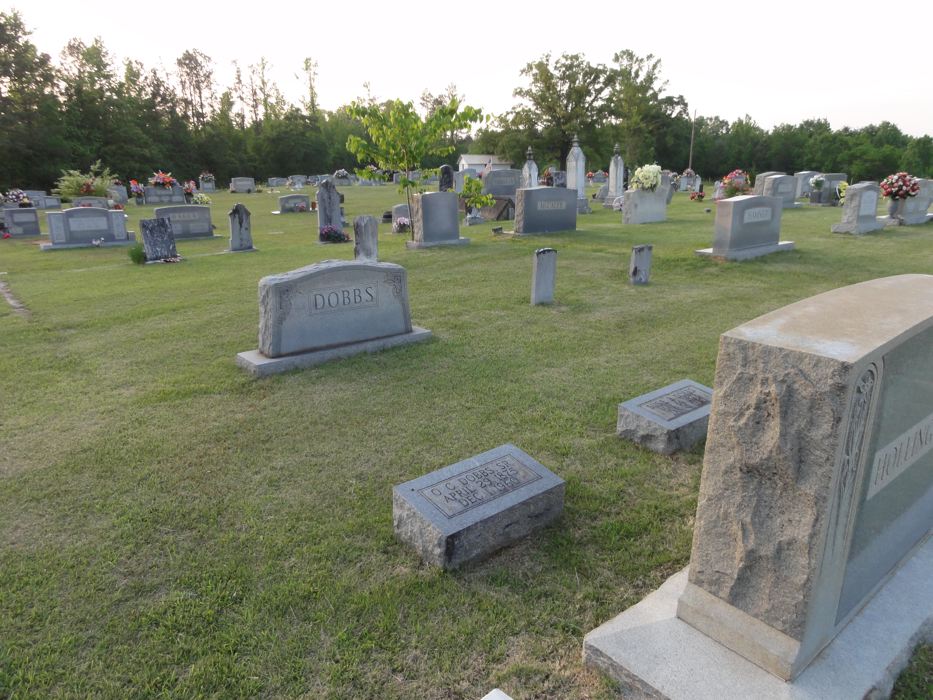 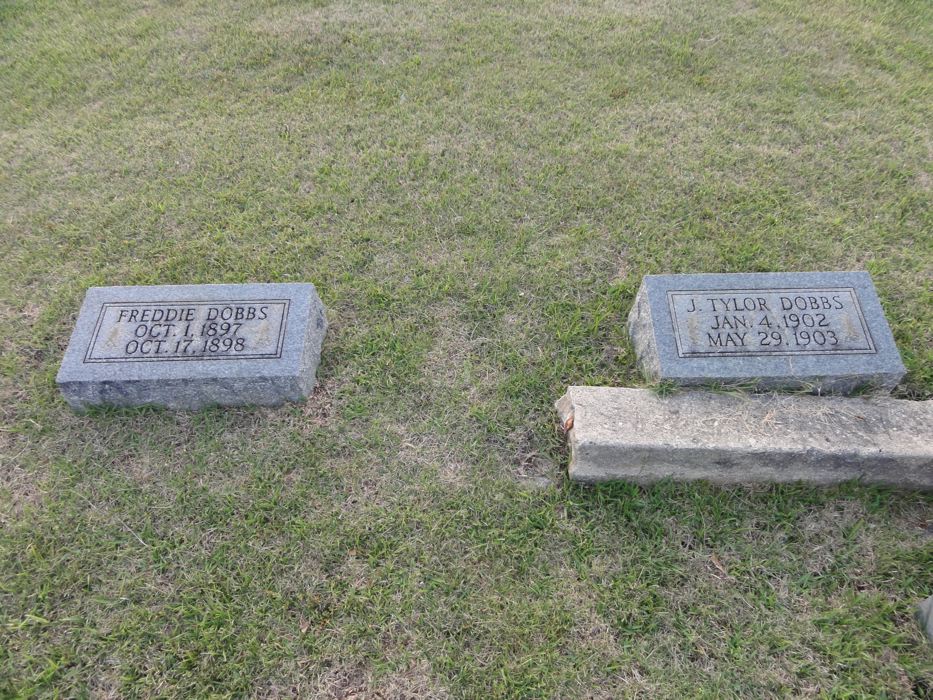 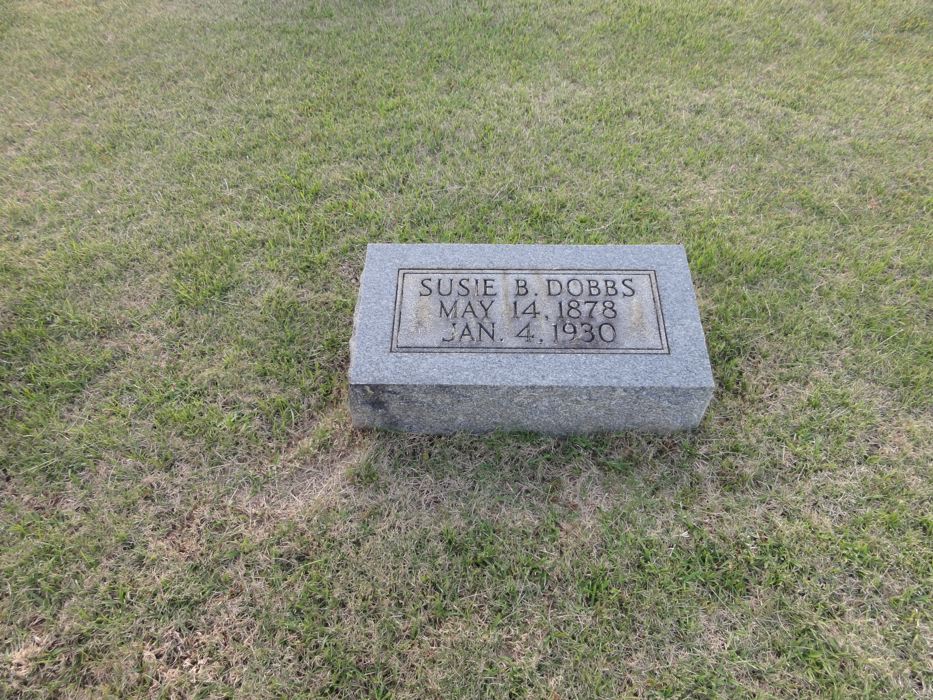 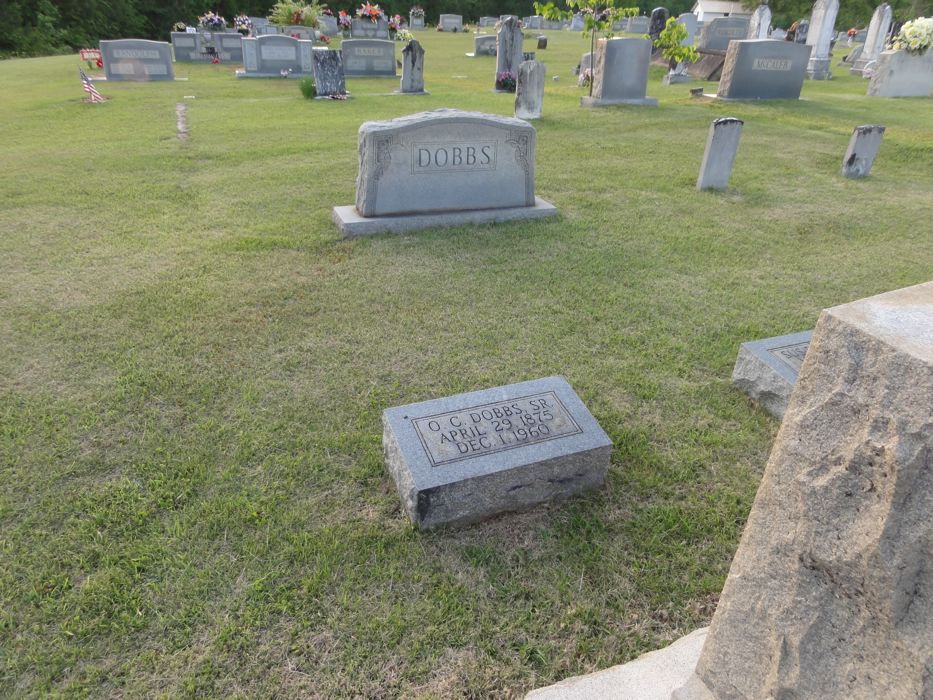 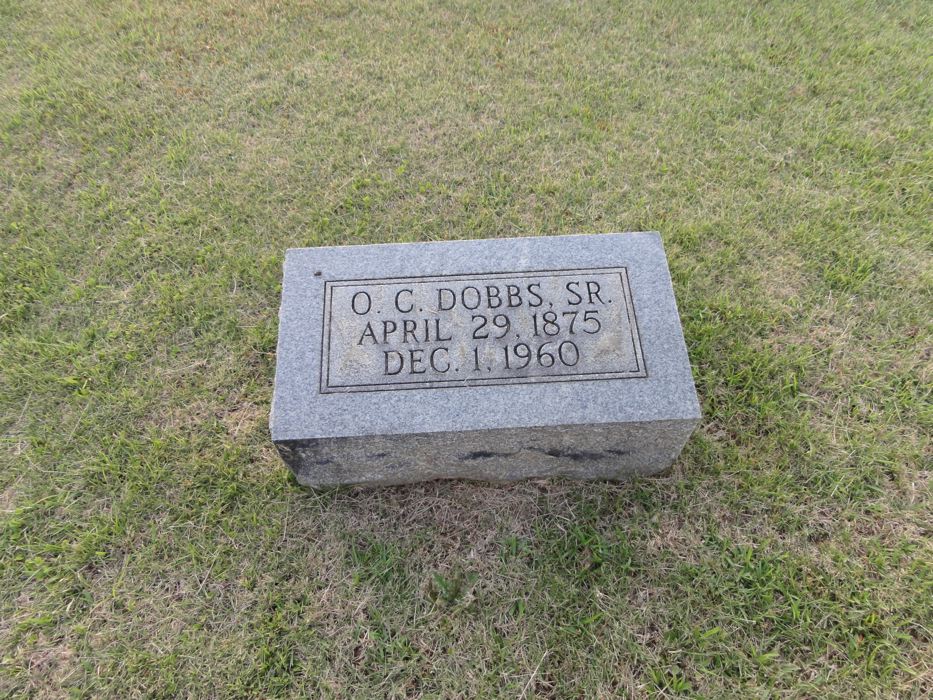 Also Buried At New River Are The Following Gospel Preachers