A Daughter's Tribute To Her Dad

It was a beautiful spring morning as Mother and Daddy sat down to breakfast. Daddy had recently returned home from the hospital, and as was his custom, he thanked God for the food before him, and asked special blessings on the family of a dear friend who was to be buried that day. He then asked that his health improve, "if it be Thy will."

Immediately following these words, with Mother's arm around him, his head fell to the table. When she lifted his head, she saw perfect peace on that beloved face. He died that day, the same way he lived, with a thankful heart, a concern for others, and an attitude of perfect submission to God's will. There was beauty in his death, as there was beauty in his life.

John L. Wheeler was born to Grady and Minnie Todd Wheeler, January 28, 1926, and reared in Bethel community near Vernon, Alabama. He preached his first gospel sermon at the Bethel Church of Christ fifty years ago at the age of sixteen.

During his high school years, he and Girthel Curry became sweethearts, and married before graduation, forty-eight years ago. They attended Freed-Hardeman College, and his first work was in Walker County, Alabama, where he sat at the feet of mentor and friend, Gus Nichols.

Local work carried turn and his growing family into Alabama, Florida, South Carolina, Mississippi, Georgia, Arkansas, and Louisiana. His last work was in Louisville, Mississippi where he labored until ill health forced him to reluctantly retire in February of this year. His concern and love remained with that congregation until his death, and some of his last thoughts were with them. Ever mission minded, it was fitting that his last endeavors on this earth were in a mission area of Mississippi.

In addition to local work, he held meetings in many states, traveled in forty foreign nations in behalf of mission work and preached in many of them. He worked in Sri Lanka 1968-69, planting the church in that country. Building on that foundation, others have continued the work and there are now many congregations, preacher training schools, and a number of capable native preachers and teachers.

For fifteen years, he preached in English over Radio Sri Lanka, reaching most of the nations of Asia, and some in Europe and Africa. He had wide experience in radio and television work, and in writing and publishing.

He was not a competitor with other preachers; in fact, he enjoyed sharing his vast knowledge and years of experience generously with all. He raised untold amounts of money for missionaries and helped establish and strengthen several congregations of the Lord's church in Mississippi and Alabama, which are now thriving.

Only God knows the full amount of good that he did, because his belief was always, "You can do a lot of good for the Lord if you don't care who gets the credit. It should all be done to His glory."

After preaching his first gospel sermon at the Bethel congregation, God saw fit to bring him back, where he preached his last sermon on March 8, 1992, before entering the hospital for the last time. His sermon was entitled, "A Philosophy for Life," based on Philippians 3.

God saw you getting weary, He did what He thought best, He put His arms around you, And whispered, ''Come and rest."

It broke our hearts to lose you. But you did not go alone, For a part of us went with you, When God called you to go home.

(World Evangelist - Editor's note: It is never too late to publish a story about a good and faithful servant of the Lord. The foregoing was written in 1992 and published in the August 1992 issue of The Magnolia Messenger. One of brother Wheeler's daughters, Gaye Wheeler Hickey of Steens, Mississippi wrote the story. I asked her to let me publish her story about her Dad when I stayed in the home of her and her husband, Curtis Hickey while I preached in a series of meetings at the church of Christ in Steens the first week of August 1993. Curtis is an able and faithful gospel preacher and has preached for the Steens congregation about 12 years. It was my pleasure to know John Wheeler. I published some of his articles in The Work Evangelist.)

-A Daughter's Tribute To Her Dad, World Evangelist, November, 1993, page 6; Note: This is a timed piece. Some of those enlisted as living may be now deceased.

Directions To The Grave Of John Wheeler

John & Girthel Wheeler are buried in the Christian Chapel Church of Christ Cemetery a few miles south of Vernon, Alabama. From I-22, take Exit 16 just south of Hamilton, Alabama. Go south on Hwy. 43/171/278 about 22 miles to Sulligent. From Sulligent take Hwy. 17 about 10 miles south to Vernon. From Vernon, continue south on Hwy. 17 six miles and the church building/cemetery will be on the left. Also buried in the cemetery are a few other preachers of yesteryear including family members of V.P. Black: W.A. Black and Plato Black. 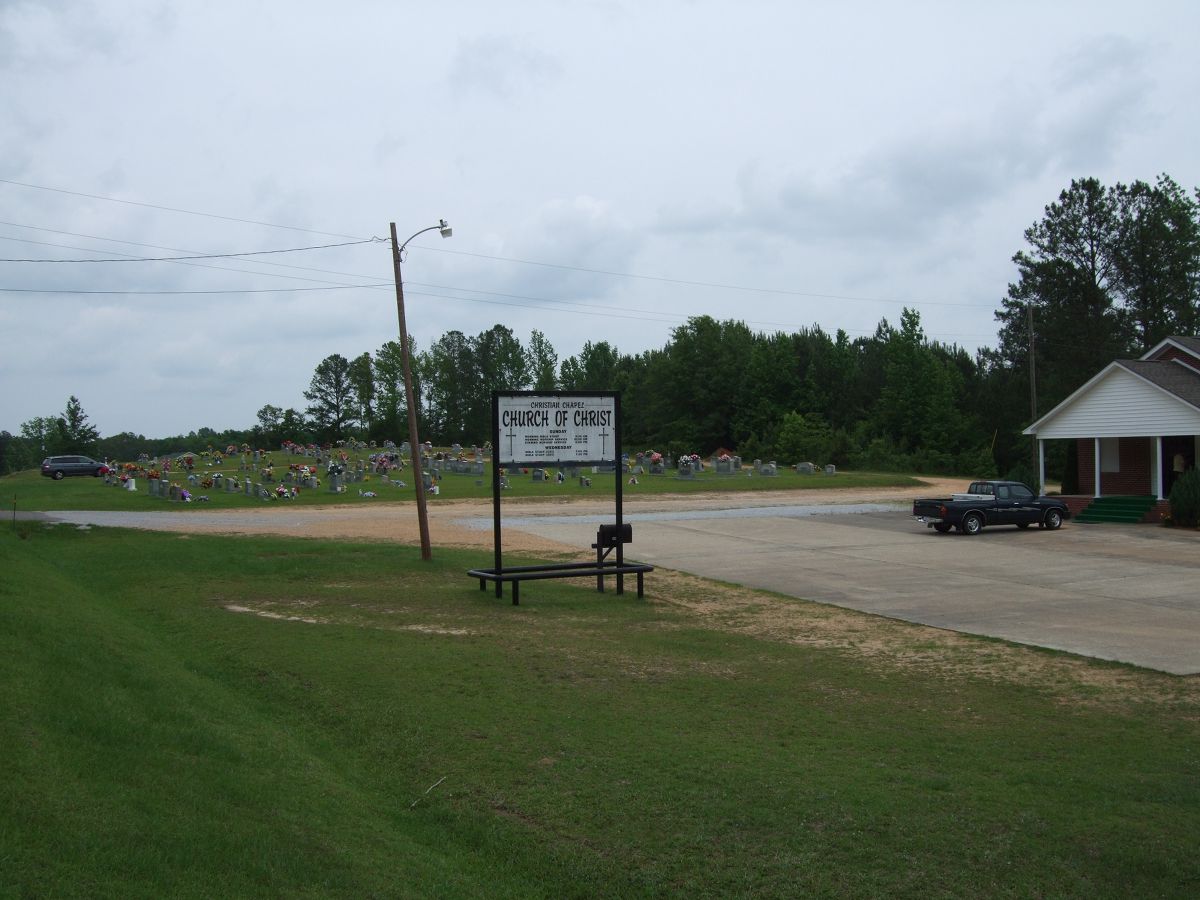 Special Thanks to Tom Childers for forwarding pictures sent to him by the family, and then added to this site in October, 2009.