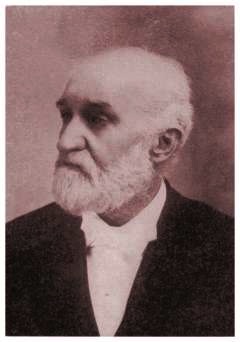 J. B. Briney, was born in Nelson county, Kentucky, February 11, 1839. He was brought up to farm work, receiving such education as could be obtained in the country schools of those days, in all attendance of two or three terms. At the age of sixteen years he apprenticed himself to learn the carpenter's trade, serving a term of three years as an apprentice. For this service he received thirty dollars the first year, forty dollars the second, and fifty dollars the third. He worked at his trade three years after the expiration of his apprenticeship, and then married and spent a year at farming. In the meantime he began to try to preach a little in connection with his other employments, and receiving some encouragement from various brethren, he determined to devote his life to the ministry of the Word of God.

Having formed such a purpose, and seeing the importance of a good education on the part of a minister, he entered Eminence College, at Eminence, Kentucky, whose president was that fine educator and Christian gentleman, W. S. Giltner, who conducted the college with marked ability and success for many years. In this institution Mr. Briney took a four years' course, one year before the close of which he was called to minister to the large church in Eminence;a distinction of which a young man might be proud. After serving that church three years he went to Millersburg, Kentucky, and preached for the church there and the one at Carlisle two years. He then went to Winchester, Kentucky, for four years, and then to Maysville, same state, and after preaching there four years, he became state evangelist for Kentucky. After serving in that capacity two years, he again took up the work in Maysville, not having removed his family from that place. 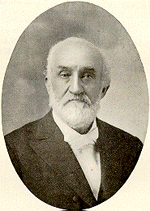 After another term of two years in Maysville, he went to Covington, Kentucky, where he preached for two years and a half, and then, for a change, he evangelized about six months;mostly in the state of New York. Following this he spent a few months in Mayfield, Kentucky, preaching for the church there, and organizing West Kentucky College. In 1886 he was called to the Linden Street church, Memphis, Tennessee, and after laboring there two years and a half he went to Springfield, Illinois, where he ministered to the church thirty months, and then accepted a call to Tacoma, Washington. It was while preparing to go to Tacoma, that he met with the accident that resulted in an intercapsular fracture of the hip which lamed him for life, and kept him confined to the house for nearly a year, and on crutches for about two years. It was during this confinement that he wrote "The Form of Baptism," and "The Temptations of Christ."

His first work in the ministry after his injury was in Knoxville, Tennessee, where he labored one year and then went to Moberly, Mo., where he did the heaviest work of his life in the ministry. After serving the Moberly church nearly seven years he spent a year in the evangelistic field, and started Briney's Monthly, which was it success from the first issue, and after running through four volumes, lacking one number, it now merges into the Christian Companion, thus losing its identity in name, but preserving its identity in spirit, purpose and editorship. During Mr. Briney's long and arduous ministerial life he has held about thirty discussions with representatives of the leading religious bodies of this country, besides lecturing considerably on scientific and other subjects. He is now about sixty-five years old, and barring his physical injury, he is remarkably vigorous in both body and mind, and bids fair to do much valuable work yet in the service of the Master.

The Passing of J.B. Briney

The Christian Standard of July 30 has the following notice:

Early Wednesday morning, July 20, 1927, J.B. Briney completed his earthly journey at his summer home in Rural Retreat, Virginia. The news came unexpectedly. Just a week ago we received from the the letter which appeared in our last issue, addressed to Peter Ainslie. He had written it in long hand clearly and plainly. The weight of years had cast no shadow on the clearness of his intellect nor even retarded the legibility of his penmanship.

For more than fifty years J.B. Briney has been an active member of the "Standard" family; for more than twenty-five years he has been a regular contributor to the editorial and essay pages. His loss is a source of personal sorrow to us in which all our readers share.

The funeral is to be held in Louisville on Friday, July 22 - the day when he forms of this issue are being closed. This week we are running herewith an excerpt from a sermons by Brother Briney that well represents his stalwart faith as it shall live in our memories. Next week we hope to present a review of his long and valiant career. He fought the good fight.

We regret to learn of Brother Briney's going away, and extend our sympathy to those most deeply affected by his passing.

Brother Briney was not far from being classed with the pioneer preachers of the movement to restore the church of the New Testament; hence, he was well advanced in years. He possessed wonderful native ability, was well educated, and was one of the best logicians among the "Disciples" of Christ. On the right side of a question Brother Briney was invincible, but, like the most of great minds, he sometimes espoused the wrong side.

There was not a stronger or clearer writer and preacher than Brother Briney on what are termed "first principles," and he who crossed swords with him on such themes always went down in defeat. He was as true to first principles as the needle to the poles, and in that died of labor he wrought a good work.

For many years it seemed to us a strange thing that one of such a clear insight into the oracles of God along so many lines as Brother Briney possessed could go so far wrong along some lines. But our brother has gone from us, and now we say, "Peace to his ashes," for between him and us the war is over, and we must all stand before God, each to give an account of himself.

Directions To The Grave of J.B. Briney 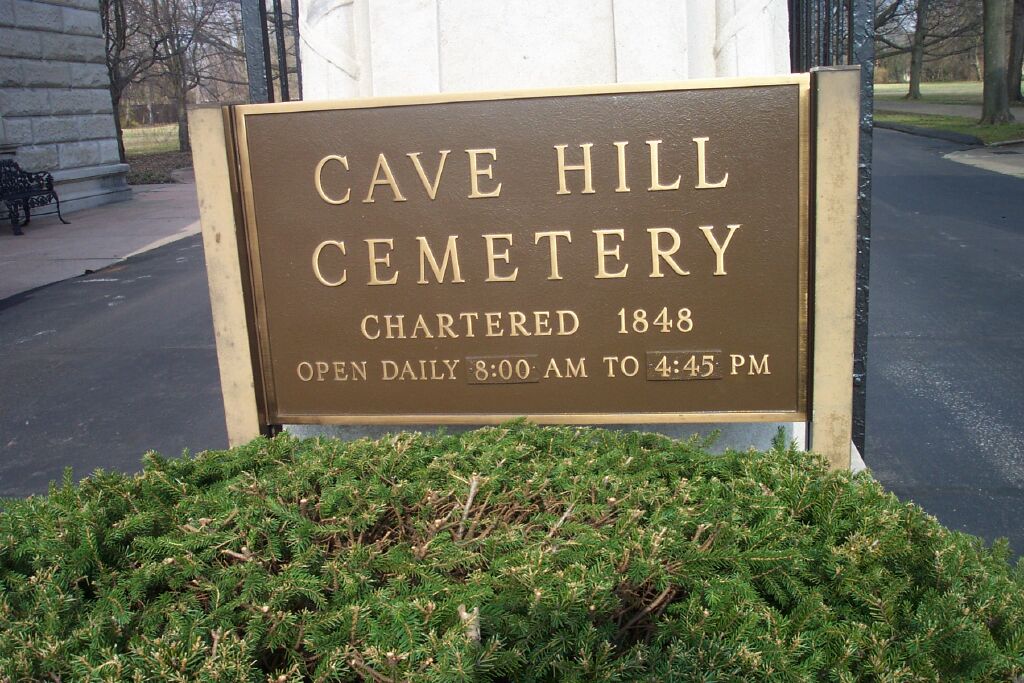 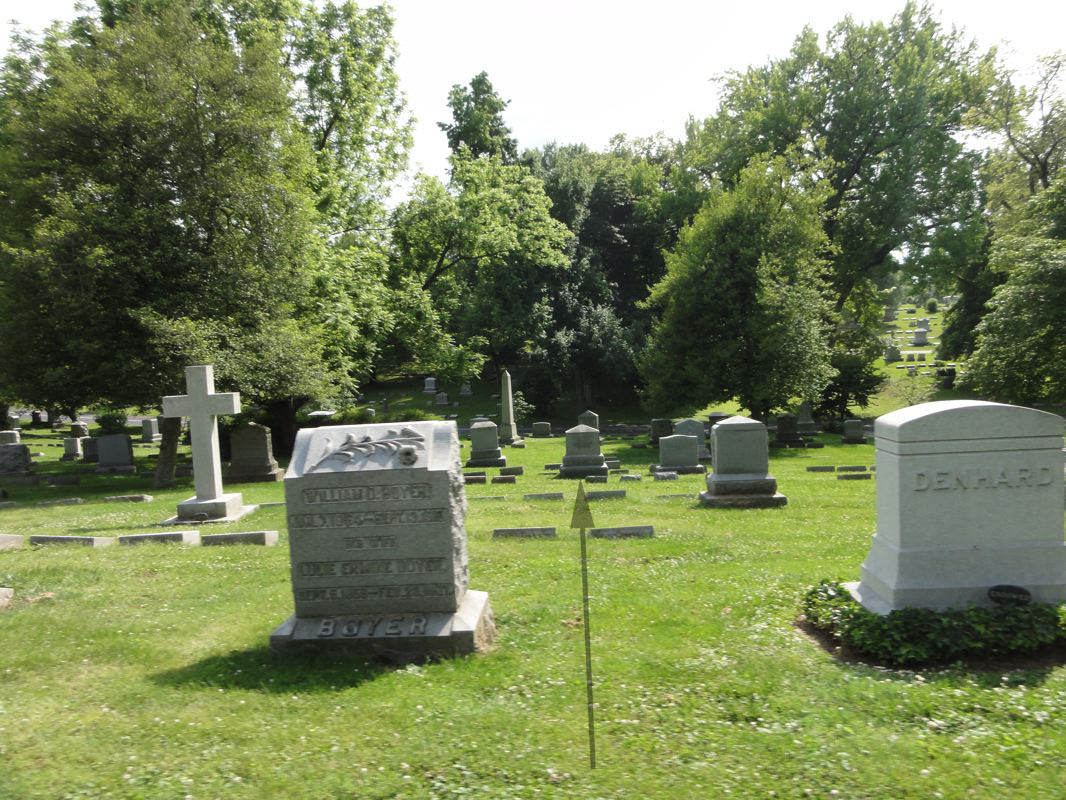 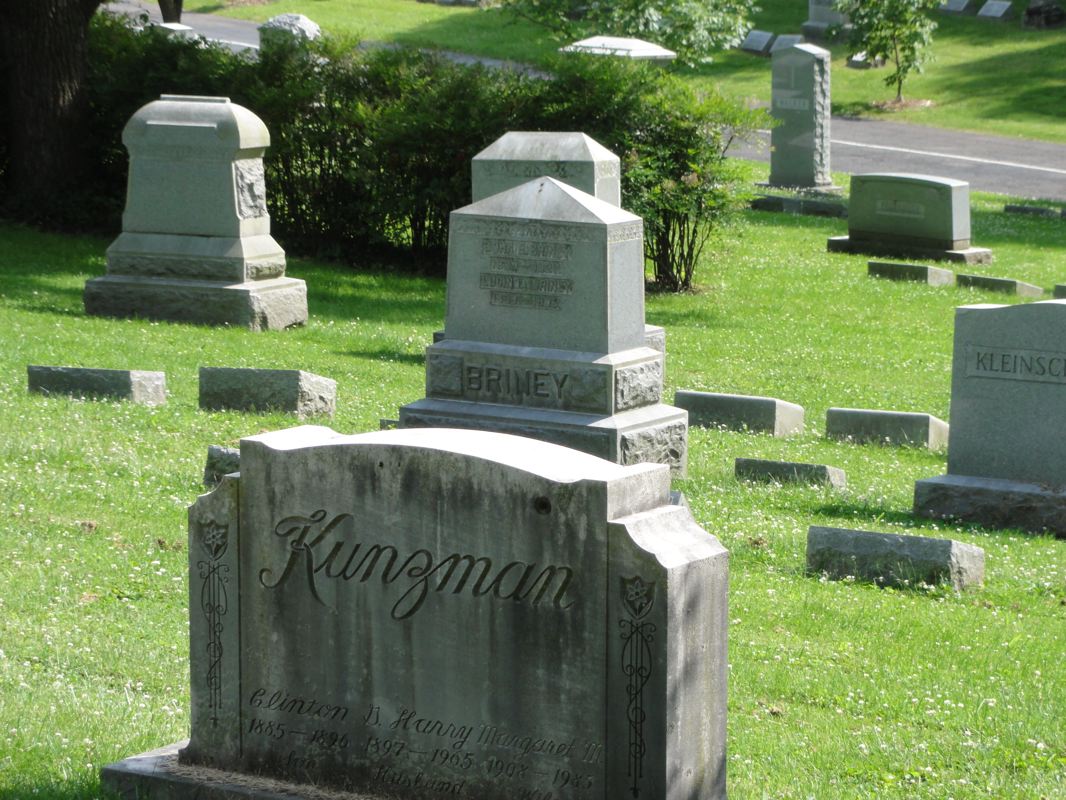 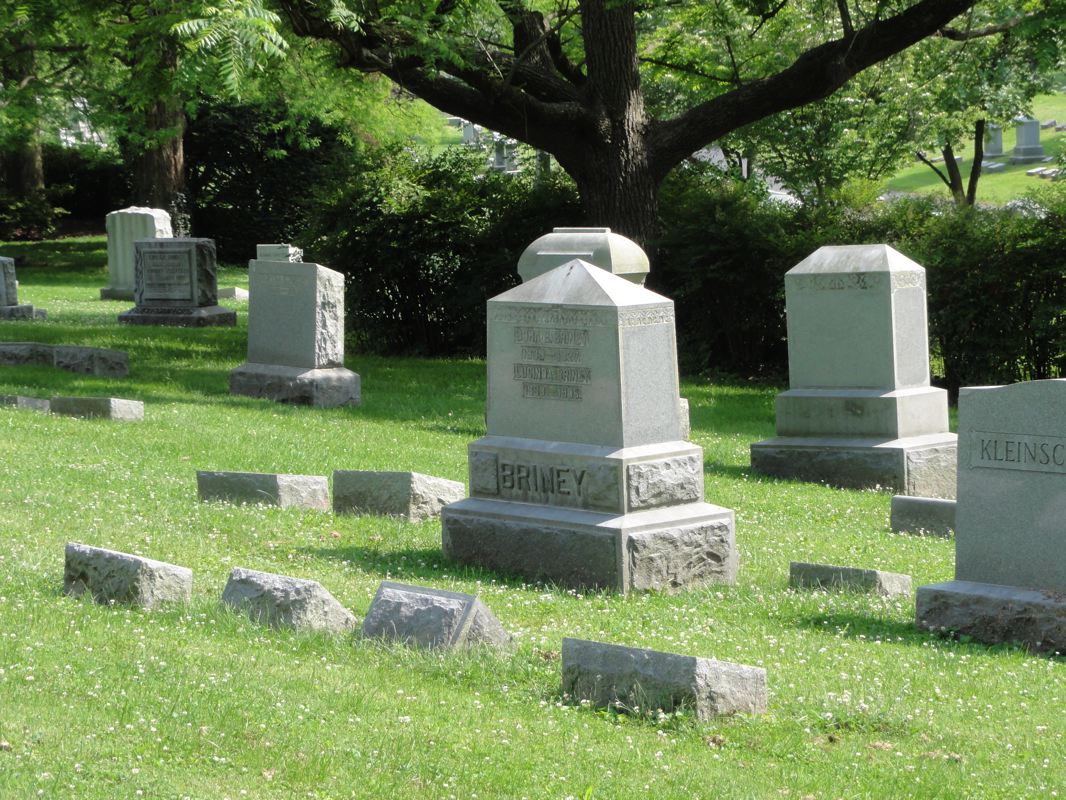 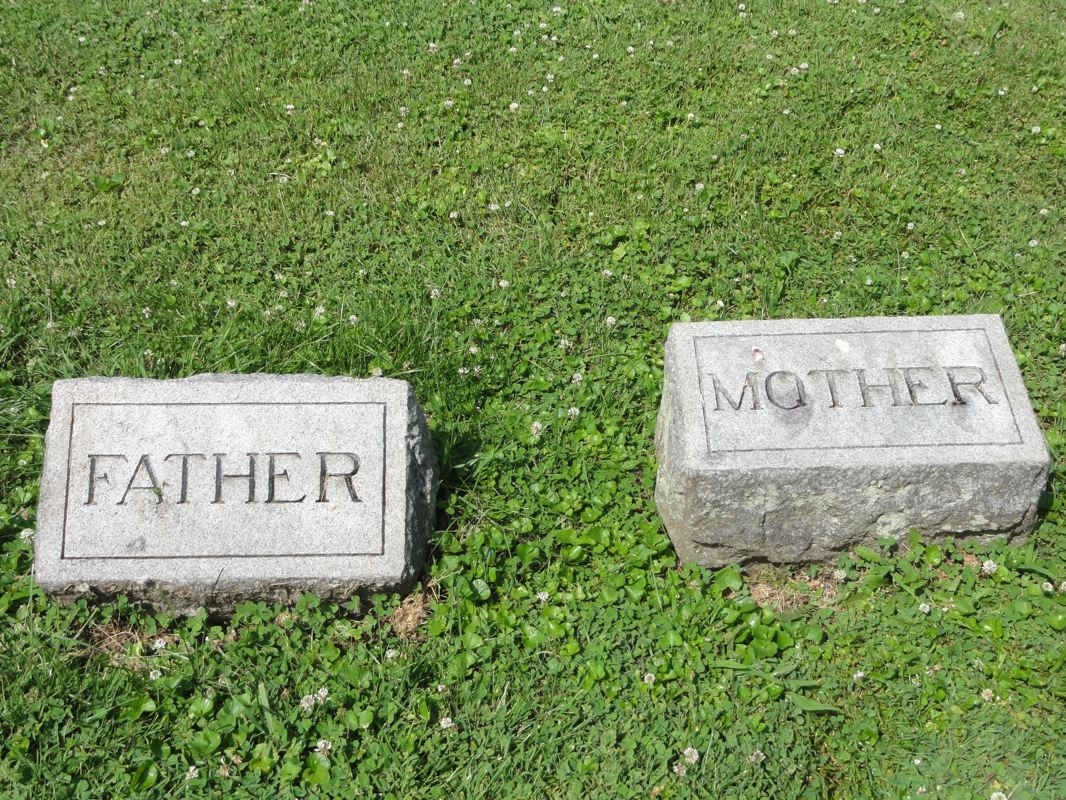 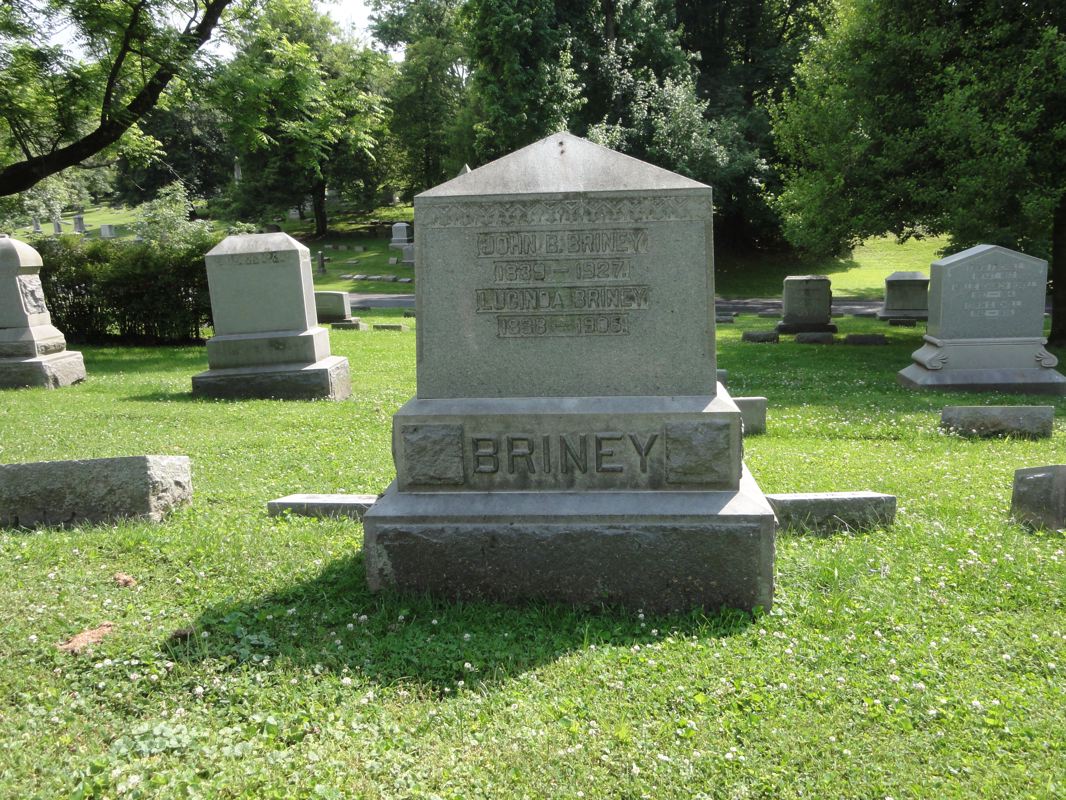 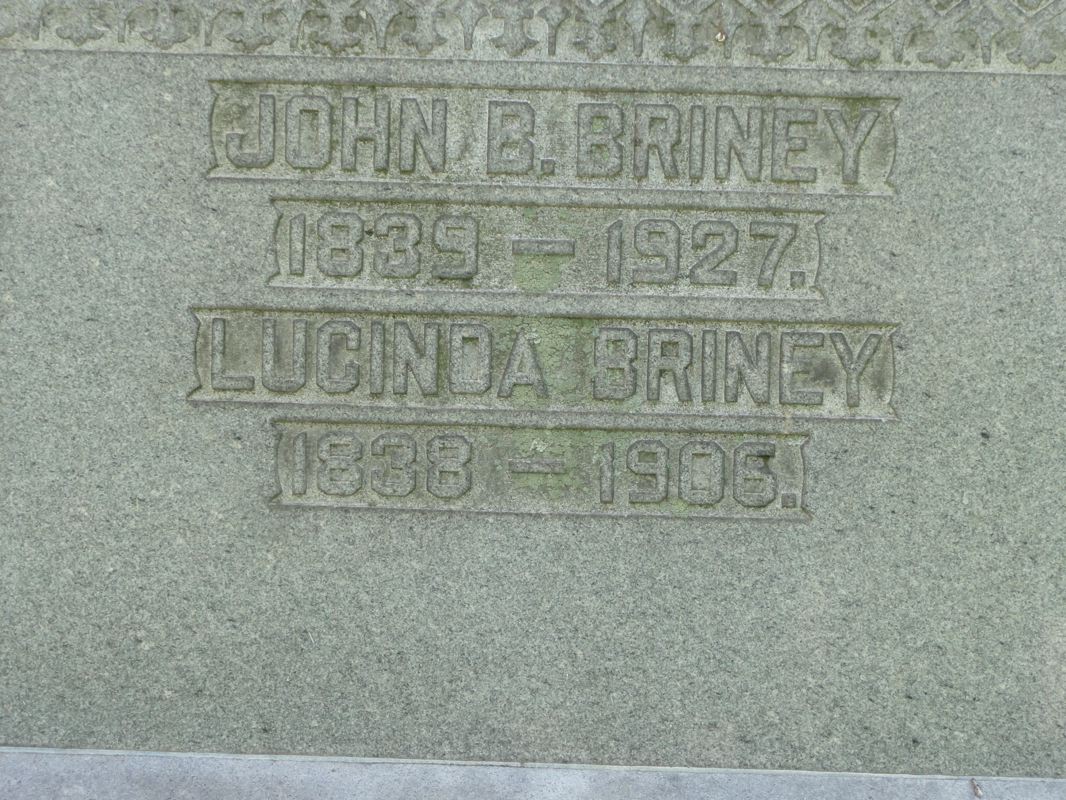 Web Editor's Note: On May 21, 2012 I visited the grave of John B. Briney, I had just begun a week's Restoration Research trip with my dear friend Tom L. Childers. J.B. Briney's grave was early on our list of preacher's graves to be found.