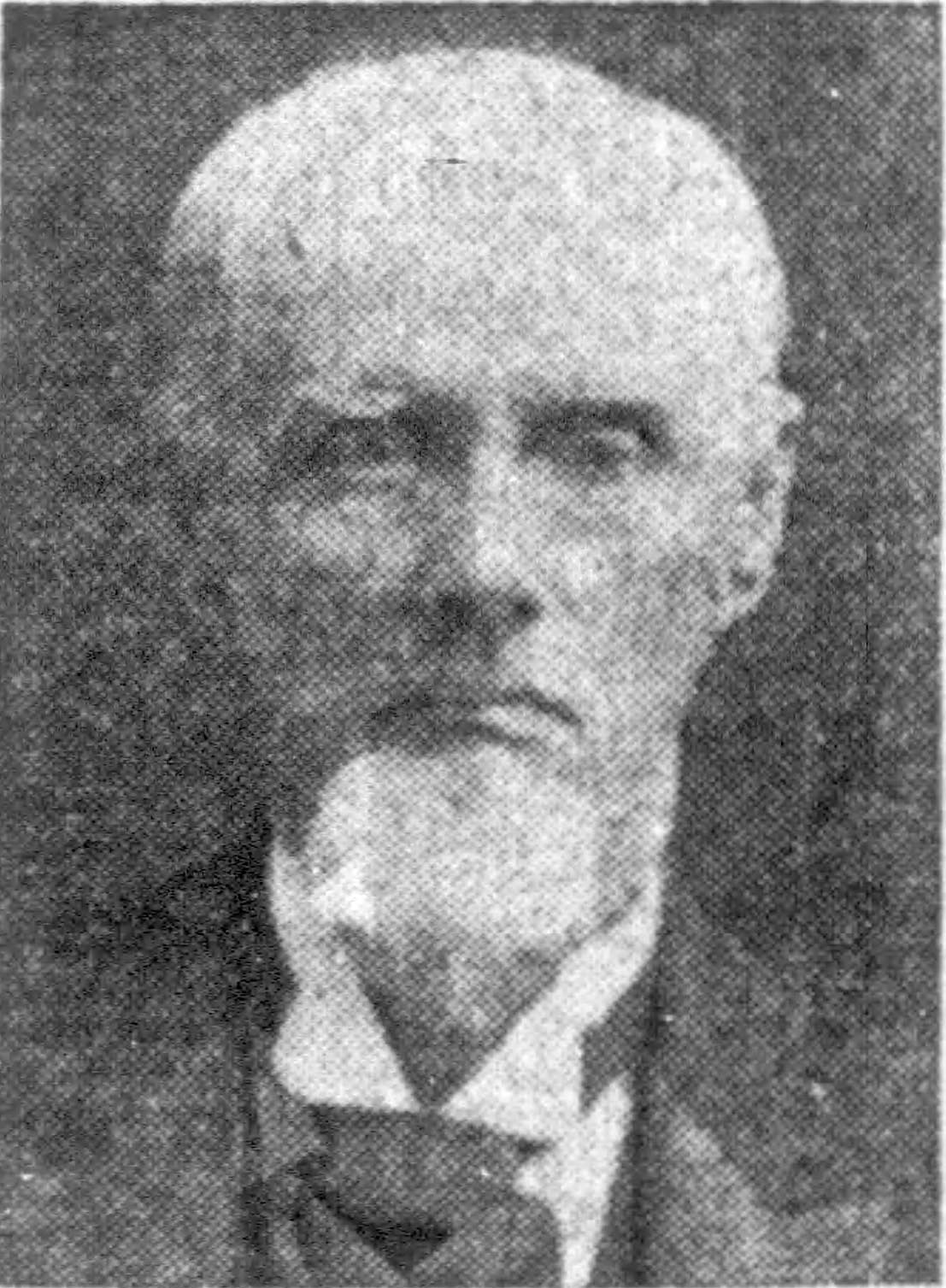 The Life of William E. Mobley

Converted in 1851, W.E. Mobley, was greatly influenced by the preaching of C.M. Day, George Park Street and others connected with the early restoration movement in Christian and Todd Counties, Kentucky. The following year, 1852, he devoted himself to the ministry, and very soon made his mark in the region around his home.

John R. Howard sent in a report to Alexander Campbell at the Millennial Harbinger concerning several young men who were rising to the challenges of the day. He wrote, "There are some very promising young preaching brethren coming on, to cooperate with and fill the places of the older, as they shall have to leave the stage of action. Bro. W. E. Mobley is one of these. He is at present riding for the Green River Co-Operation. He is very promising, and will, I think, make one of our best proclaimers. He has not been preaching long, and is entirely "self-made," as we say. His attainments are fine, considering his opportunities, and he is very studious. (MH, 1852, p.716)

William was a member of the Masonic Lodge, and participated with the Masons all his life. He was not heavily political, but his sympathies leaned strongly for the Union during the Civil War.

His devotion to ministry caused him to be in great demand. He served churches in the Green River District of Kentucky from all his preaching career, but three churches received his main focus for over fifty years, Roaring Springs in Trigg County, Elkton in Todd County, and Berea, near Adairville in Logan County. (A.W. Fortune, The Disciples In Kentucky, p.389)

On December 27, 1884, his thirty-five year marriage sadly came to an end when Mary passed away, there in Elkton. Burial followed in the Glenwood Cemetery. Four years later, he again married, this time to Nellie O. Hester from Alabama. A good number of years his junior, she provided a great deal of care to the aging minister.

Elder William E. Mobley continued to be a mainstay among churches in the region until his death in April 22, 1911. Burial followed in the Glenwood Cemetery near his first wife. The following year, Nellie passed away, July 19. 1912, and was buried next to her husband.

Report In The Millennial Harbinger 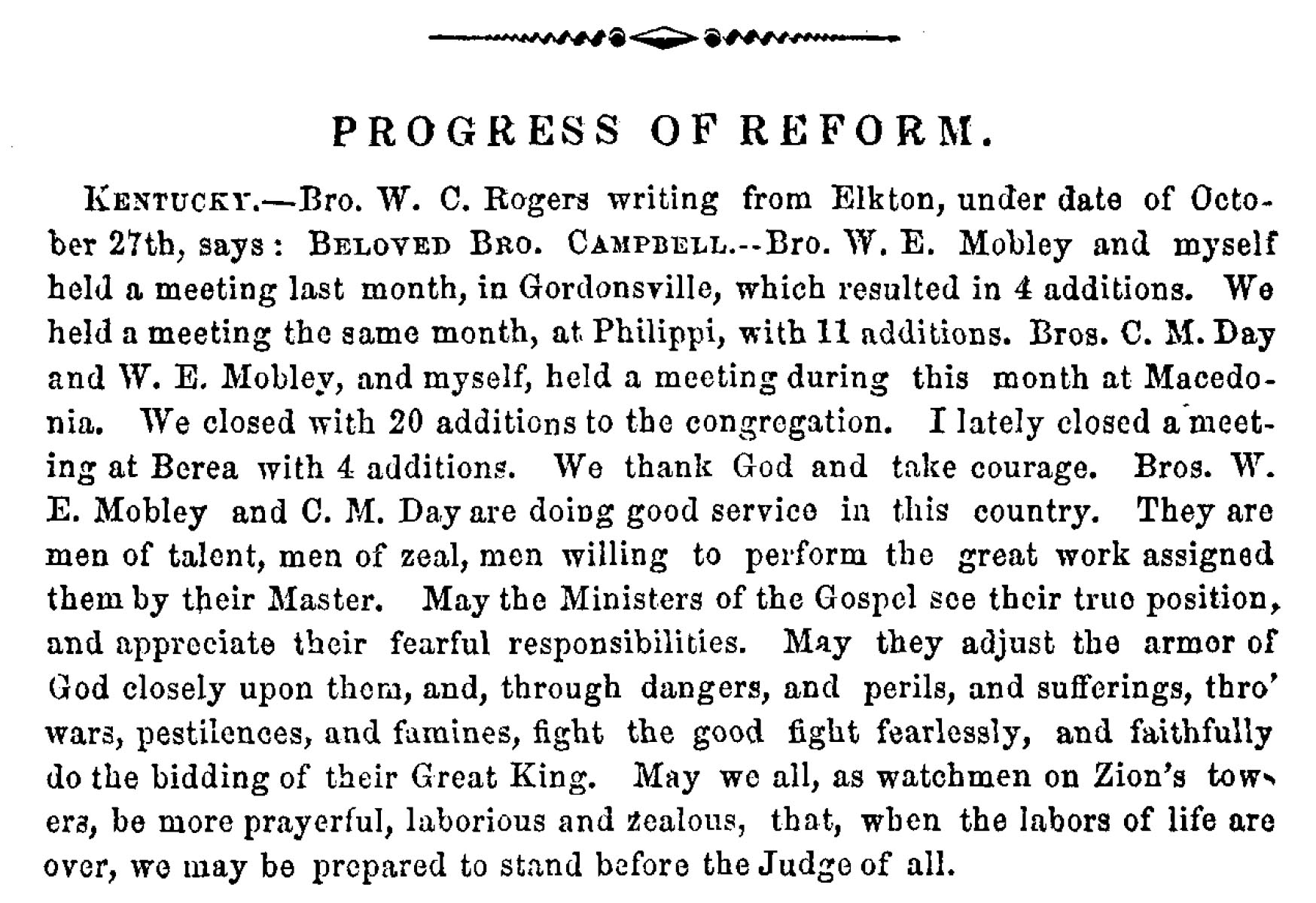 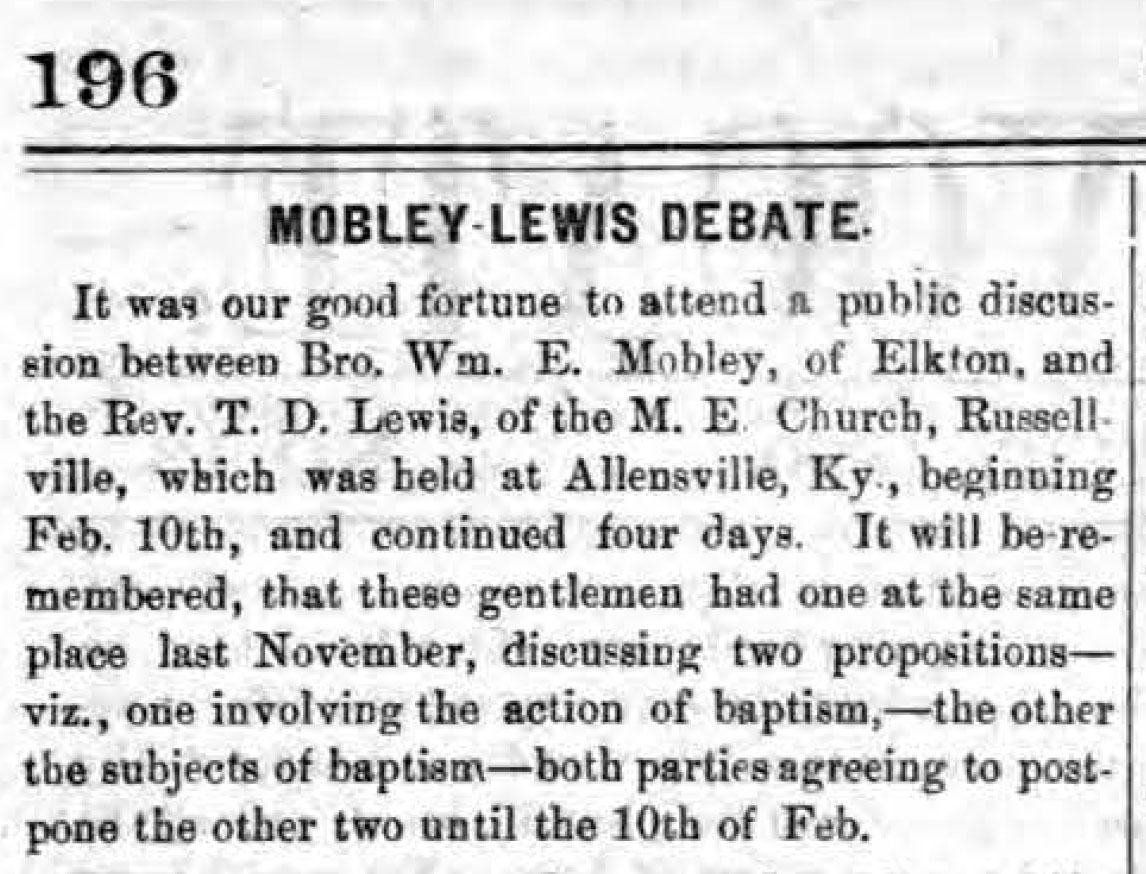 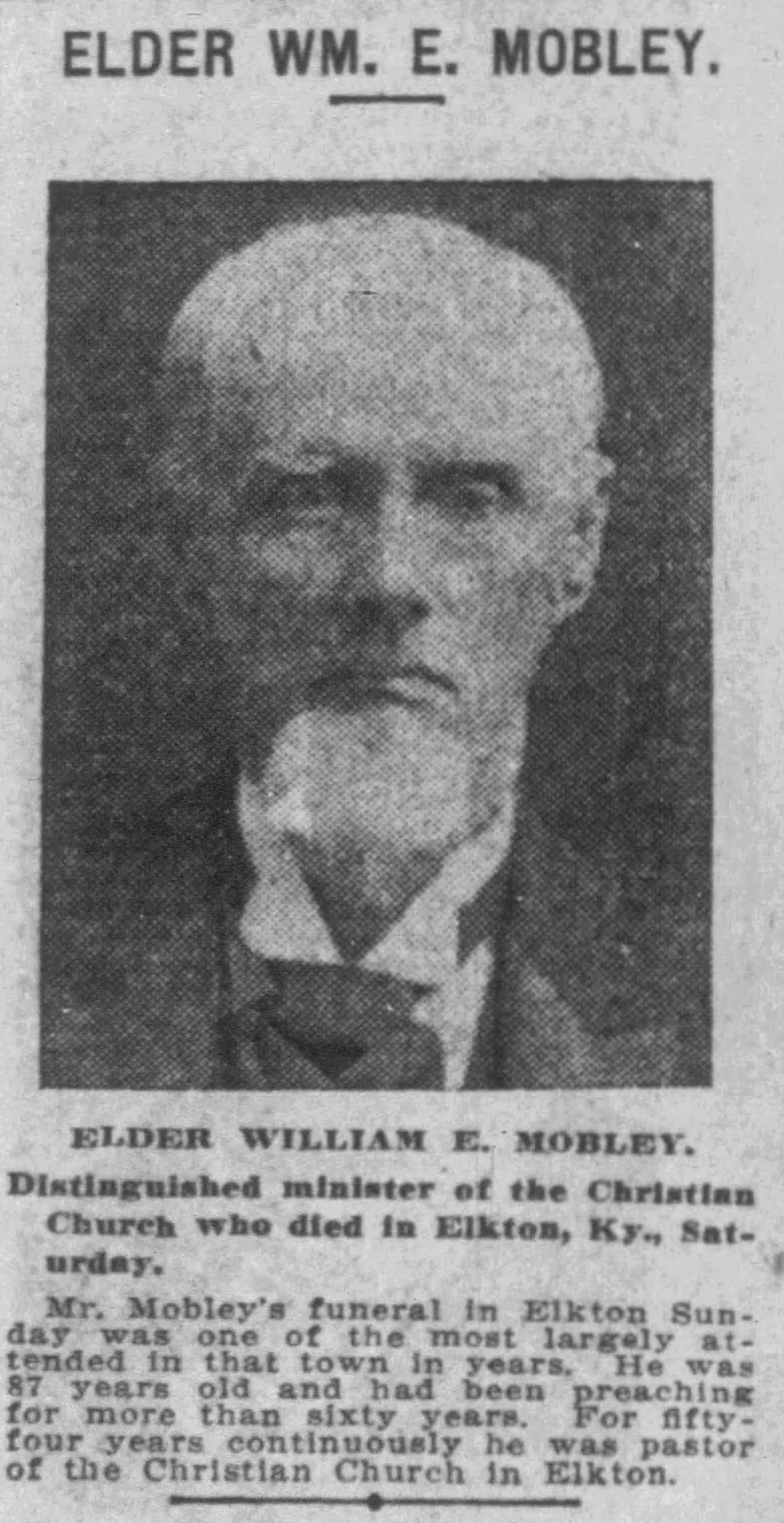 Glenwood Cemetery is located in Todd County, Kentucky's county seat, Elkton. One traffic light is located on 68-80, the four-lane in and out of Elkton, sometimes referred to as the bypass. At the traffic light head toward town, and the cemetery is on your right. Enter at the second driveway and head mid-section and stop. Enter the section on the left and head toward the center of the section. Photos below will help, and GPS is of the actual location of the grave. While visiting the cemetery be sure and visit the grave of early pioneer preacher, Isaiah Boone. 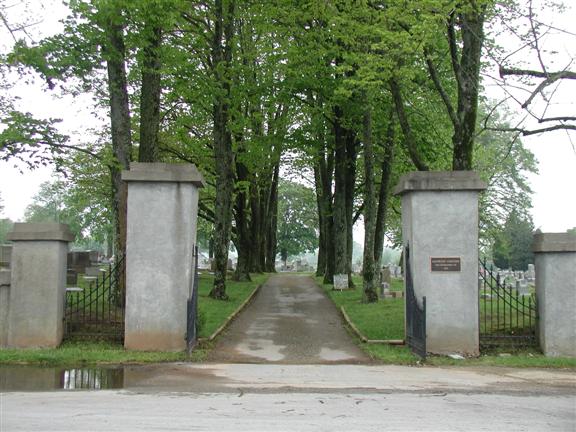 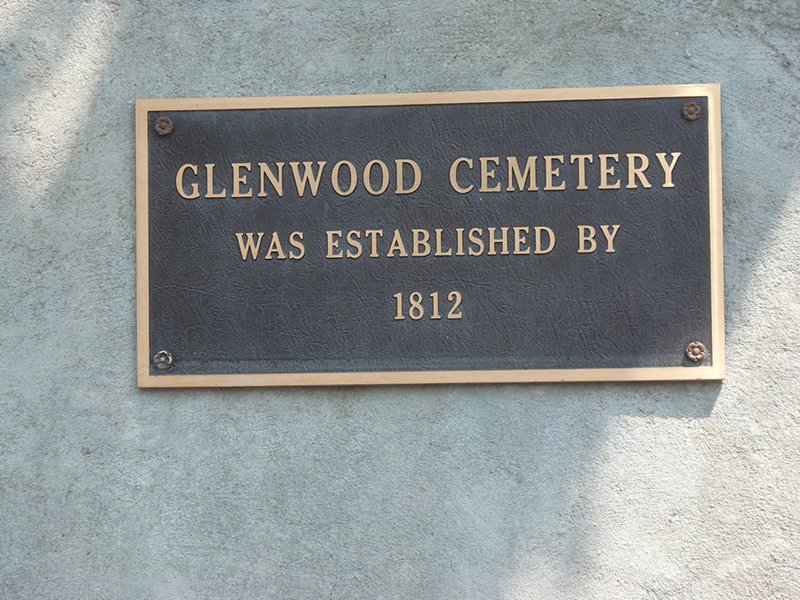 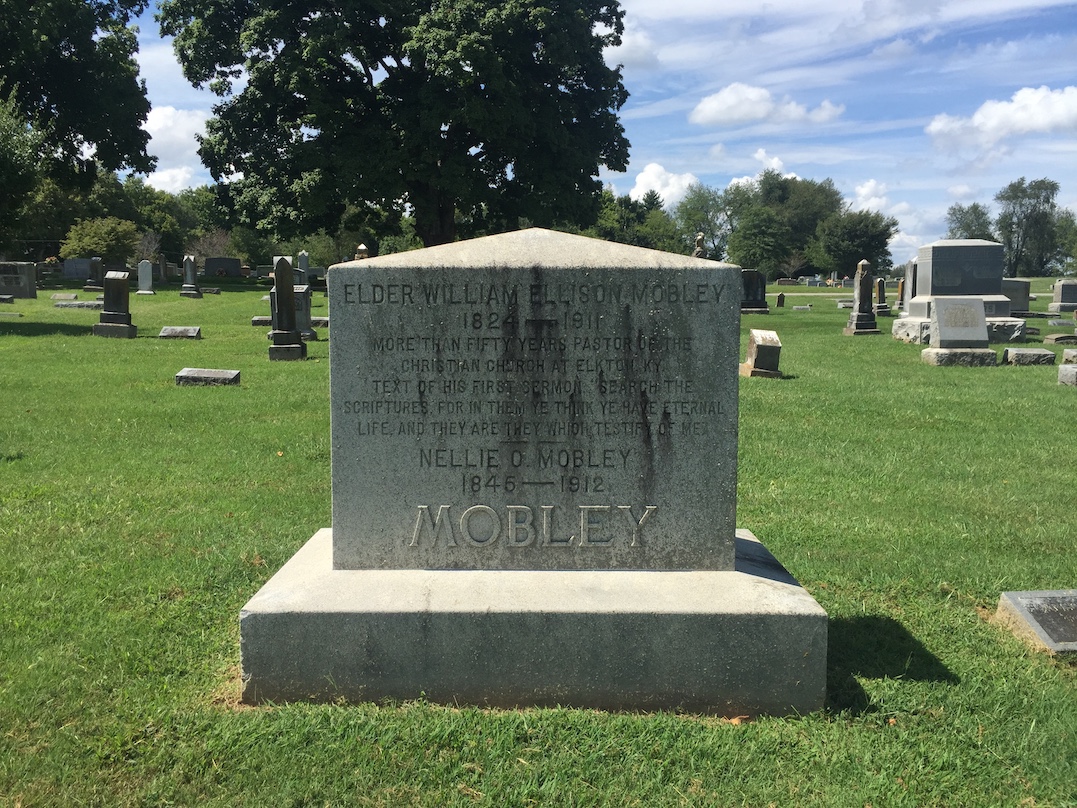 Elder William Ellison Mobley
1824-1911
More Than Fifty Years Pastor Of The
Christian Church At Elkton, Ky.
Text Of His First Sermon "Search The
Scriptures Fro In Them Ye Think Ye Have Eternal
Life, And They Are They Which Testify Of Me." 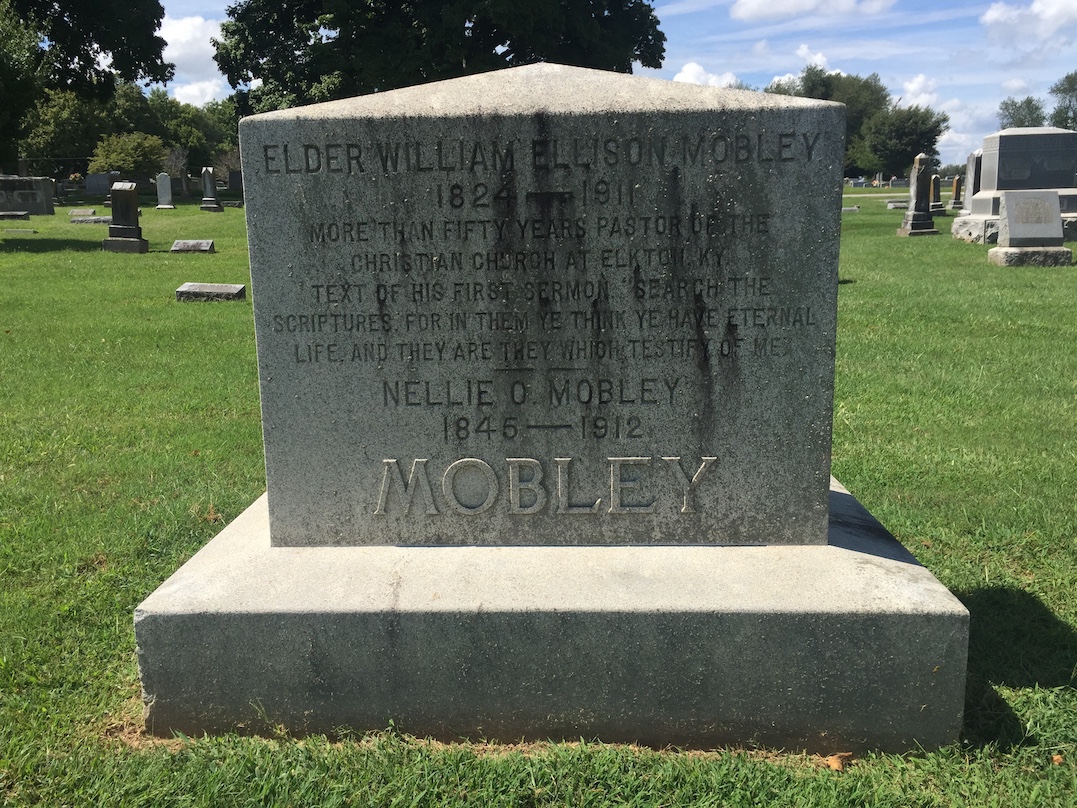