J.P. Lowrey was born March 5, 1872, in Tipton [Tippah] County, Miss. He was the only child of J.K. Polk Lowrey and Mary Jane Estes. His father was a prominent Baptist preacher in Mississippi. Brother Lowrey is a nephew of General M.P. Lowrey, the "fightin' parson," who founded Blue Mountain College at the close of the War Between the States.

Brother Lowrey received his public school training at Faulkner and Walnut, Miss. He was graduated from the Southern Tennessee Normal College, Essary Springs, Tenn., under the late A.G. Freed. This school ceased to exist when it was moved to Henderson, Tenn., and was consolidated with what is now Freed-Hardeman College. In 1900 he did postgraduate work at the University of Mississippi, Oxford, Miss.

Brother Lowrey obeyed the gospel under the preaching of A.G. Freed and M.H. Northcross. He preached his first sermon in March, 1893, at Wenasoga, Miss. The sermon outline which accompanies this biographical sketch is the outline he used for his first sermon. He still has the original outline that he made.

Brother Lowrey began teaching in 1891, and continued teaching and preaching for a number of years. He was a member of the faculty of Freed-Hardeman College from 1908 to 1915. He resigned from that position to give all of his time to preaching the gospel. He has done station work in Senatobia, Miss.; Memphis, Tenn.; Paragould, Ark.; Huntsville, Ala.; Orlando, Fla.; and Monroe La., where he is now located.

On Sunday morning, March 31, I received a long distance telephone call from Mrs. M. H. Dandridge, telling me that her father, J. P. Lowrey had quietly passed away and that it was his request that I conduct the funeral service. The services were conducted in the beautiful church building in Senatobia, Miss., Tuesday morning, 10:30 o'clock, April 2, 1963.

Brother Lowrey was ninety-one years of age, and had attended church services the Sunday before. For many years he had maintained a home in Geneva, Fla., where he had a splendid orange grove. Until five years ago he preached for the church in Geneva. He also preached at other places in the state. In Florida he lived in a lovely old home with his good friends, Mr. and Mrs. Roy Nichols, both of whom are faithful Christians and teachers in the public schools in the area.

For the past two years, Brother Lowrey had been in failing health and he decided that it would be best for him to return to Senatobia, Miss., and live with his widowed daughter, Perrin Lowrey Dandridge. He had been there only one week before he passed away.

Brother Lowrey was born in Falkner, Miss., and was a member of one of Mississippi's most distinguished families. For generations the Lowreys have distinguished themselves in military service, as preachers, educators and statesmen. Brother Lowrey was a true aristocrat. "He walked with kings but he never lost the common touch." In dress, in manners he was a Chesterfield. He was a Christian gentleman at all times. With dignity and poise he walked among the people and influenced all for good.

He had been brought up in the Baptist faith, and in his early twenties began to preach. He came under the influence of M. H. Northcross and was soon converted to New Testament Christianity. He attended a school at Essery Springs, which was headed by A. G. Freed. From that time onward he and Brother Freed were bosom friends. After attending Brother Freed's school, Brother Lowrey went to the University of Mississippi, where he graduated with honors. For some time he taught in the public schools but preaching was his first love. He often debated his former Baptist brethren. Many of them thought that he had disgraced the Lowrey family by "joining up with the Campbellites." But this did not deter the indomitable J. P. Lowrey. He grew stronger and stronger in the faith and defended it at every opportunity. He preached everywhere; in schoolhouses, under arbors, tents and wherever he could get people to assemble. His preaching was simple but eloquent. He preached with telling effects.

As a young man, he met, wooed and married Anna Hornsby, who had been one of his students. To this union were born seven children, one of whom died in infancy; another, Ann, died a few years ago. The survivors are two daughters, Mrs. Perrin Dandridge and Mrs. Lady Grace Caldwell, both of whom live in Senatobia, Miss.; three sons, Byron, Malvern, Ark.; Freed, Fayetteville, N. C., and Norman, who lives in Columbia, Ky. All of the surviving children were present at the funeral, except Norman, who was in Alaska on business at the time.

For seven years, Brother Lowrey was a member of the faculty of Freed-Hardeman College. He worked side by side with A. G. Freed, T. B. Larimore and N. B. Hardeman.

From Henderson, the Lowreys moved to Senatobia, Tate County, Miss. Brother Lowrey taught in the public school system and preached throughout the county, establishing churches in a number of places, including Senatobia. I knew, loved and appreciated Brother Lowrey from the time that I was ten years of age. He conducted the funeral of my father fortyfive years ago. When I got older he encouraged me to go to David Lipscomb College and be a preacher of the word. After I became a preacher, he would often have me for meetings where he did local work.

Brother Lowrey did local work in Paragould, Ark., Memphis, Tenn., Huntsville, Ala., Orlando, Fla., and other places. He held meetings and debates in many states. He baptized thousands of people throughout the South. He was a great and good man and I loved him as a father. I shall not soon forget him. 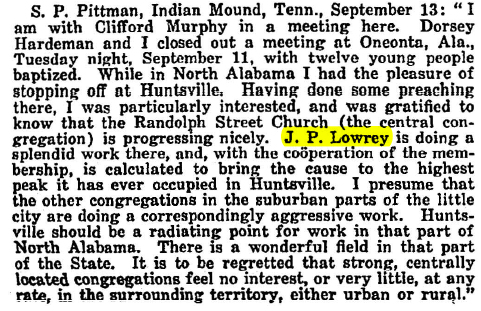 Directions To The Grave of J.P. Lowrey

James P. Lowrey is buried in the Bethesda Cemetery in Senatobia, Tate County, Missississippi. From Memphis, Tennessee, head south on I-55. Take Exit 265 and head toward town on Main St. (Hwy. 4). Turn left on Hwy. 51/S. Panola St. and the cemetery will be a few blocks south on your right. Enter the cemetery a the main entrance and take a sharp right. Follow the fence line back toward the rear of the cemetery. Look for a large oak tree in the center of a section. Just past the section where the tree is turn left and go up to where the tree is and look to your right. The Copeland plot will be in the front of the section. While in the cemetery, be sure to visit the grave of another gospel preacher of yesteryear, H.I. Copeland. 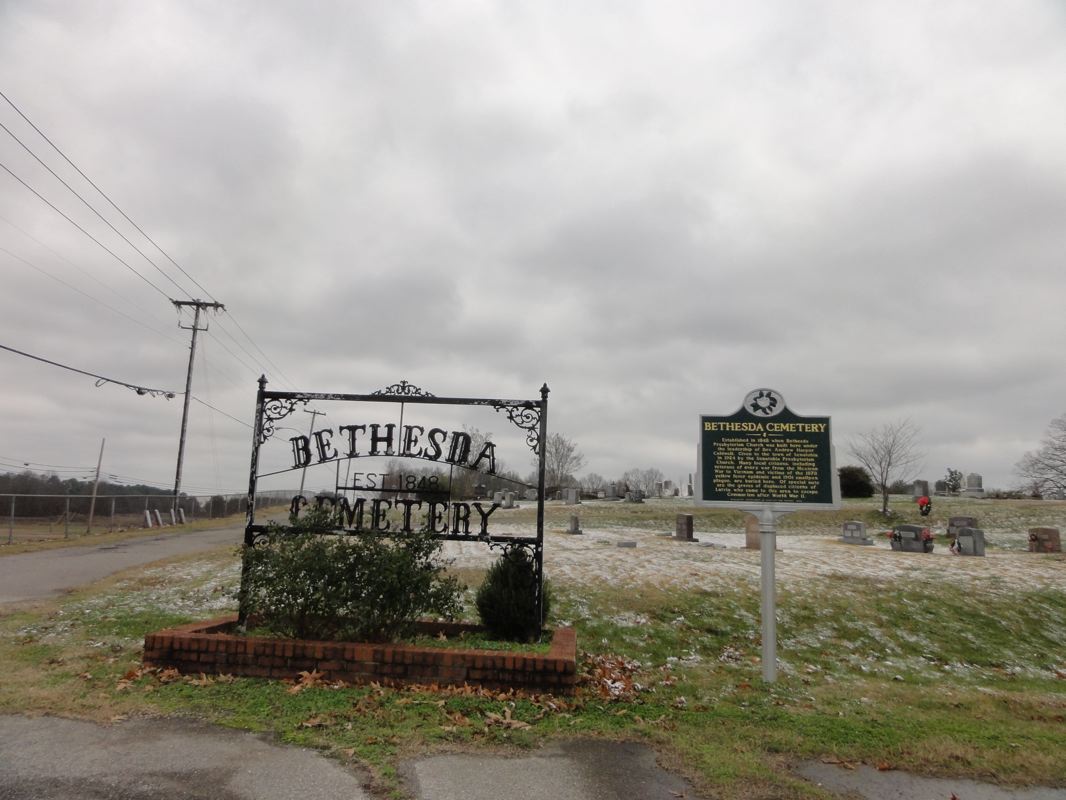 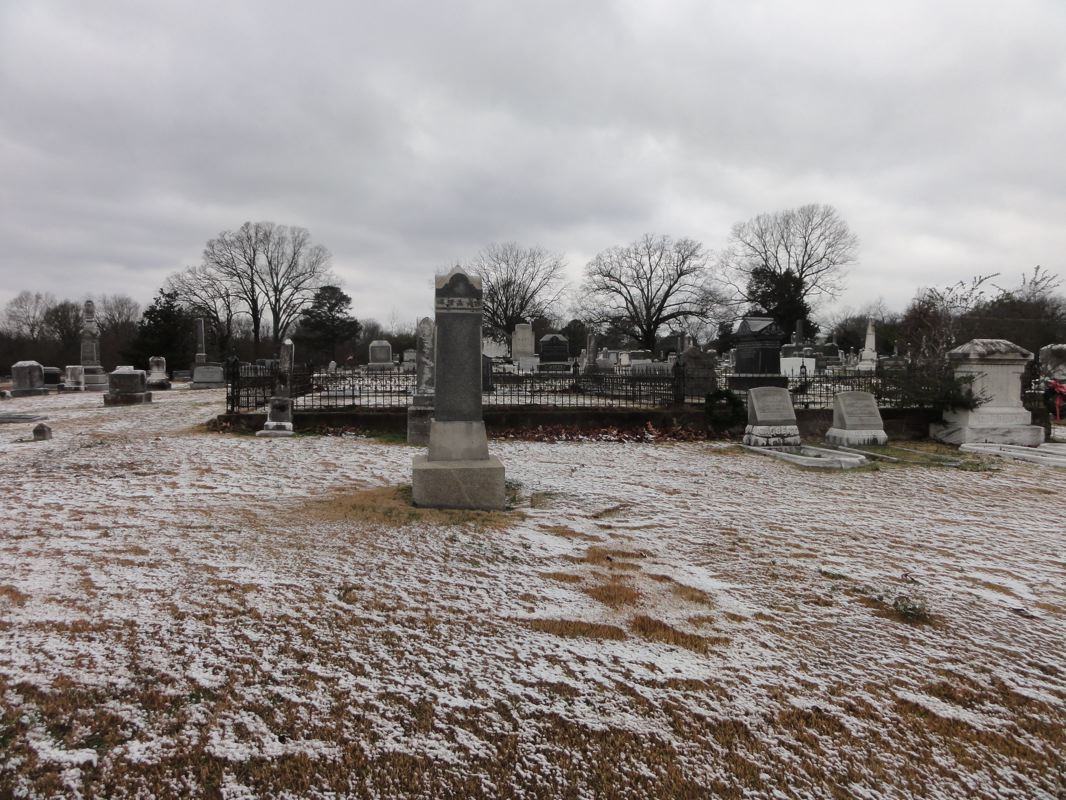 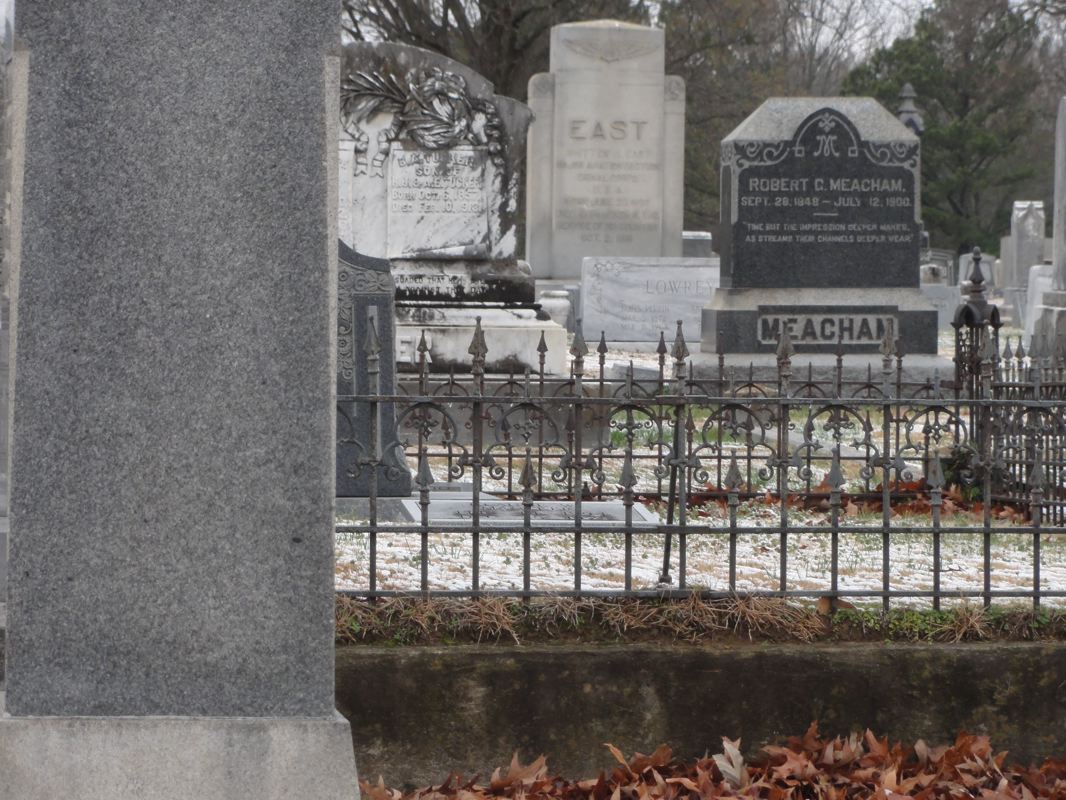 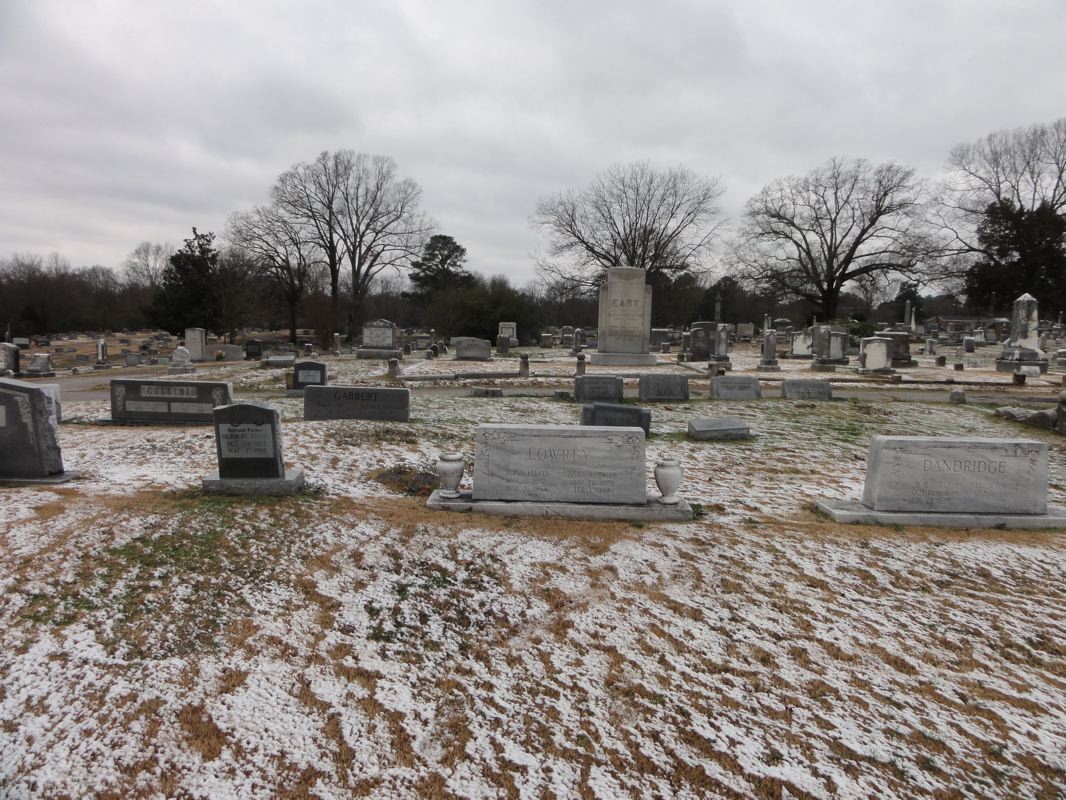 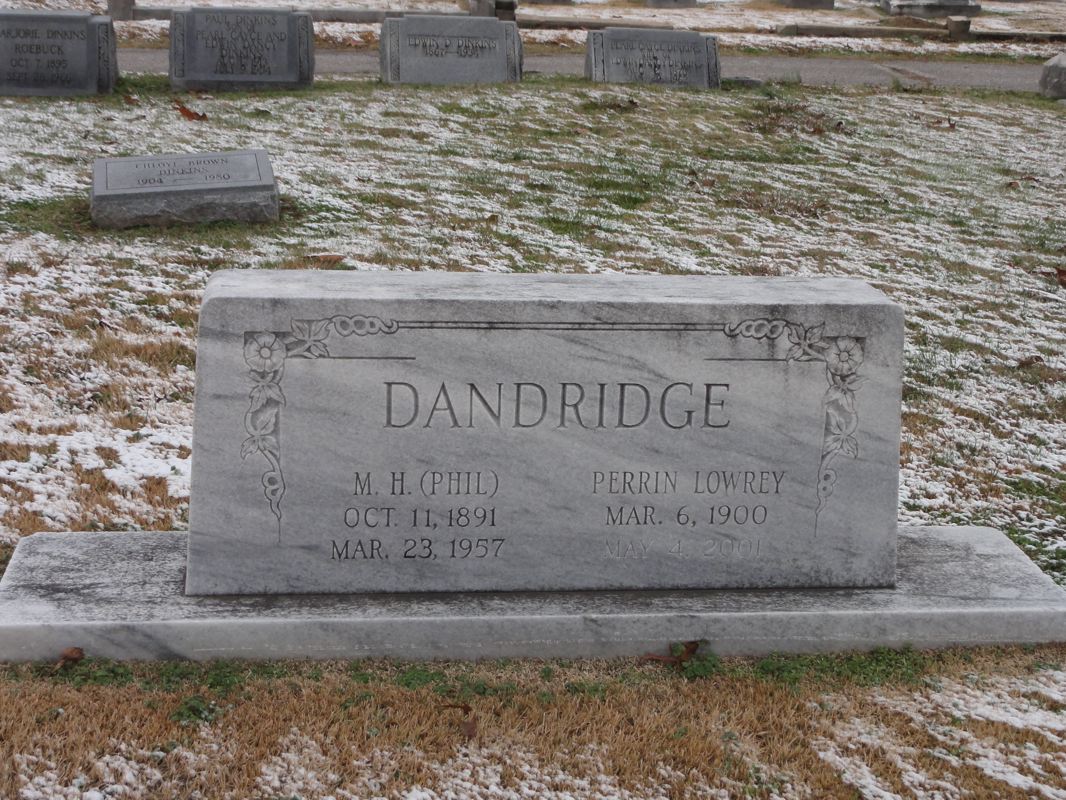 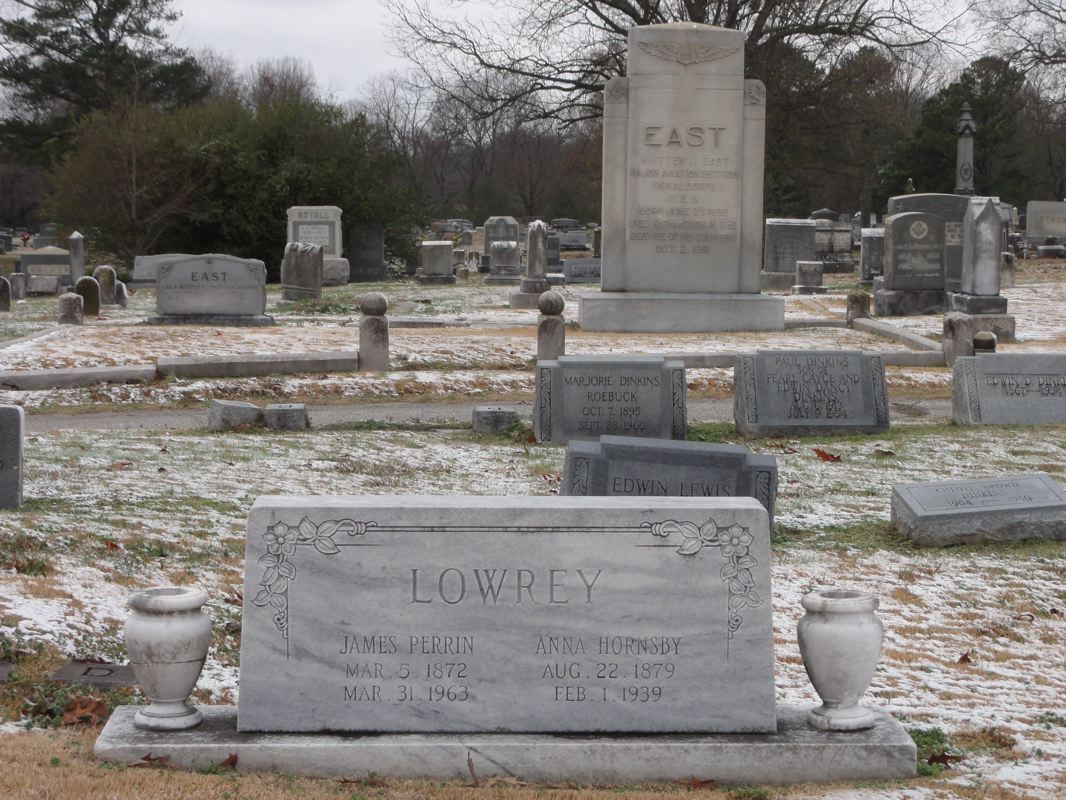 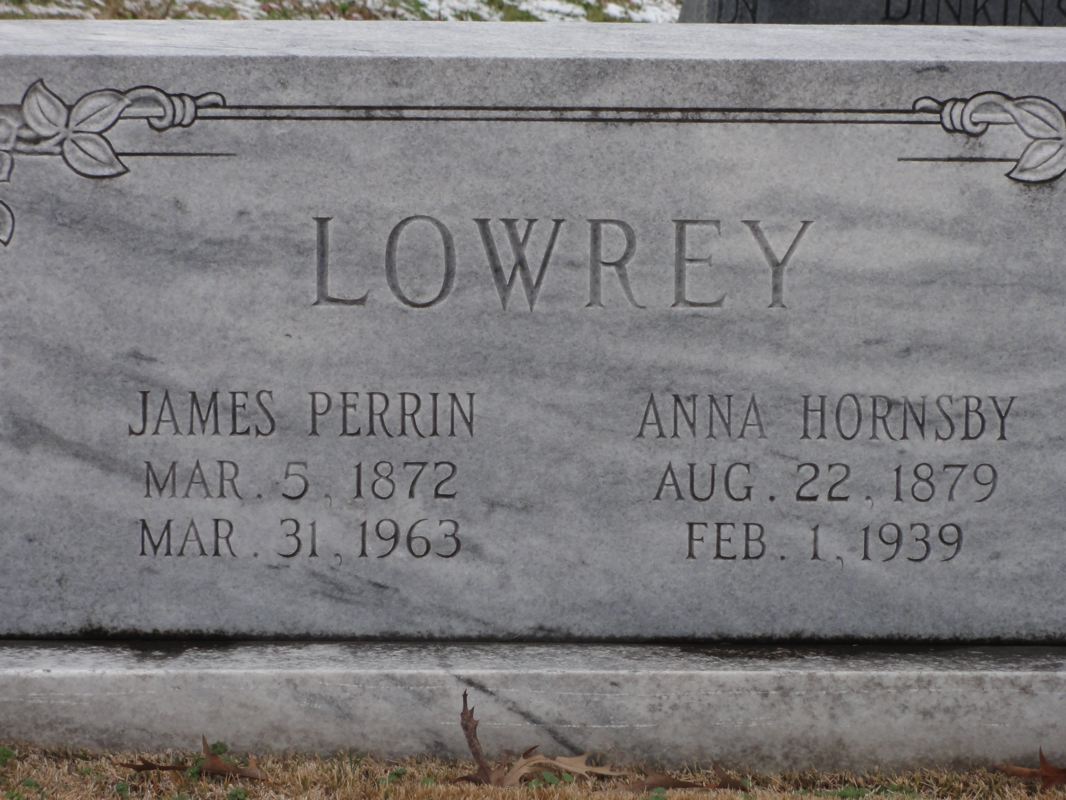 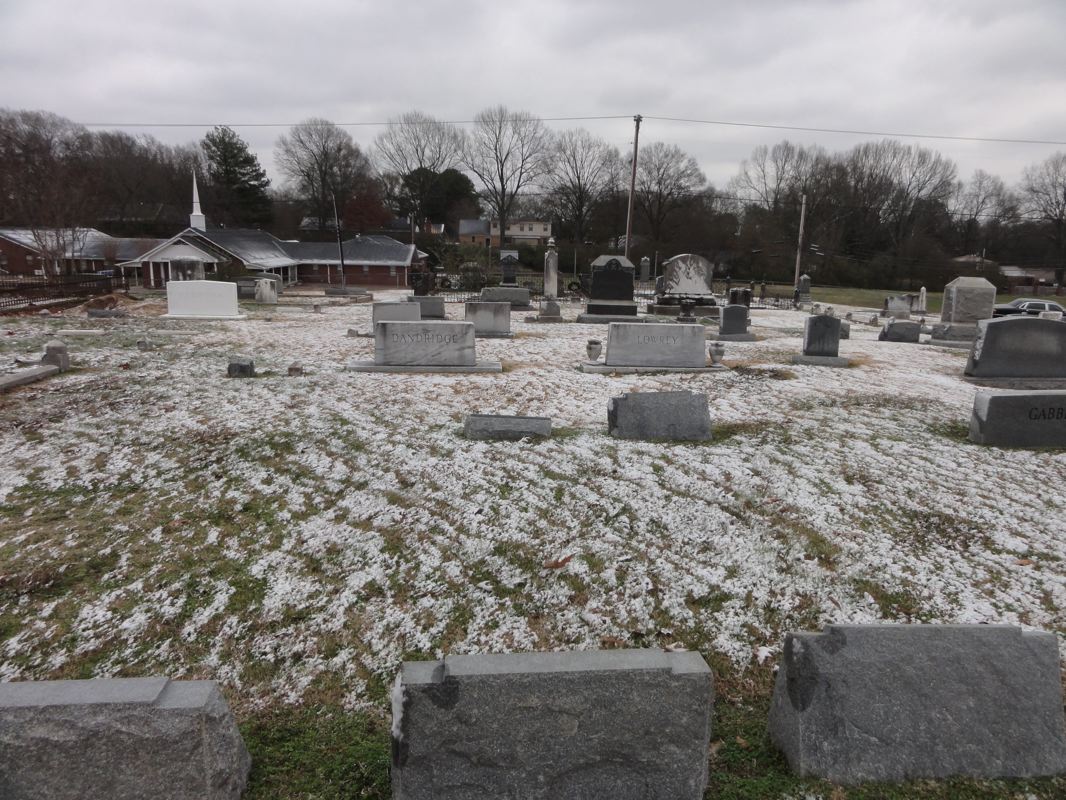 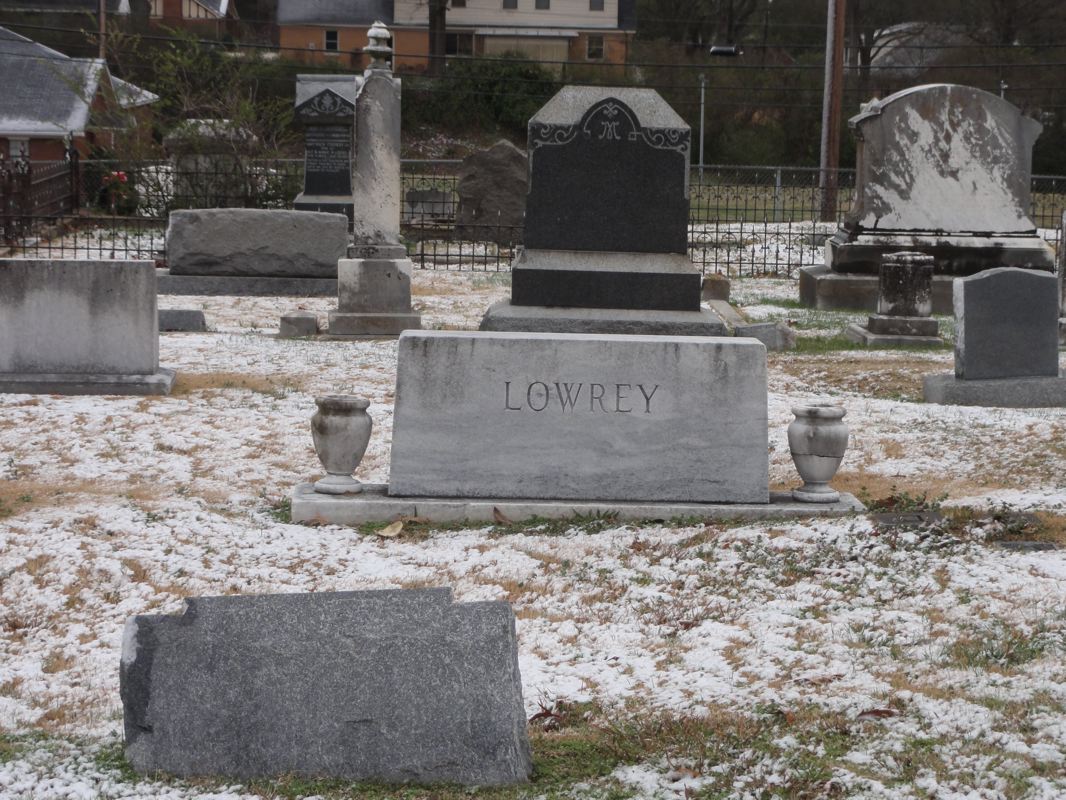 Special Note: It was the pleasure of your web editor to visit the grave of James Lowrey during the Christmas holidays, 2012. Kyle and Rebecca Hooper, my son-in-law and daughter work with the congregation in Como, just south of Senatobia. Spending Christmas with them, I was able to visit Bethesda Cemetery the day after Christmas. Also buried in the cemetery is another gospel preacher of yesteryear, Henry I. Copeland.