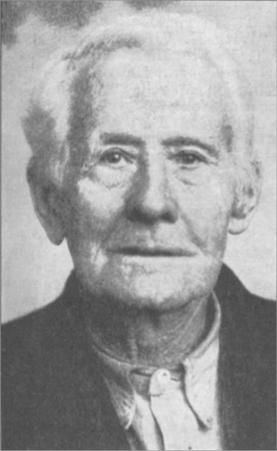 Sketch On The Life Of B.F. Hart

To write about self sounds like blowing your own horn, but as requested I will try to do so.

My parents were Samuel and Emily Motlow Hart. I was born January 16, 1849, in Marshall County, near Petersburg, Tenn., and have lived all my life on a farm in that same community. My father died when I was three years old, leaving mother with five children and a debt of seven hundred dollars. Be it said to her honor, she reared the children and paid the debt before her death.

As to my education, I went to school very little. I hated the schoolboy declamation part of school, and have not gotten over that yet. I was too stupid to realize the value of a school until the Civil War came and broke up the school. After the war, there was work to do. I did go to the T. B. Larimore School, at Mars Hill, Ala., one term and learned the best lesson of my life. That lesson was, if I preached the Book, I must study and learn it for myself.

I obeyed the gospel at the age of seventeen, knowing but little about the Bible; but when those old brethren said, “We take the Bible wholly and solely as the man of our counsel," that appealed to me then and still appeals to me.

I preached my first sermon in September, 1872, at old Cane Creek. I cannot tell how awkward I was nor how many mistakes I made, but the brethren were kind and encouraged me to go on. I have had but few additions since. Most of my preaching has been to the church and nearly all in my own community. I am glad now this is true, since I have lived to see the church grow from three congregations to eleven within the radius of ten miles of my home, and I know my people and they know me.

I have the distinction of baptizing eight old people over eighty years of age, one man ninety-three years of age.

I have no idea how man funerals I have conducted nor how many marriage ceremonies I have performed.

I am thankful to my Maker that, though nearing ninety-one years, I am still able to drive my own car and go and preach.

I have been a reader of the Gospel Advocate since 1872.

Longtime Gospel Preacher in North Lincoln and South Marshall Counties, Tennessee. Started the Petersburg Church of Christ, and preached for years for the Cane Creek church. Lived to be 92 years of age, at which time he was reckoned to be the oldest gospel preacher in the brotherhood. His wife Hettie was the daughter of John Wade, early settler and Christian in the church in Lauderdale County, Alabama. She was probably named after Hetty DeSpain Clark, of Texas Restoration Movement fame.

Locating The Grave Of B.F. Hart

Heading north from Fayetteville, Tennessee, go 13 miles to the town of Petersburg. Turn right on Railroad St. (Hwy 129E) and go through the township of Petersburg. On the eastern outskirts of town Hwy. 129 will turn to the left. Follow the Hwy sign to the left and travel further away from town. Cross two bridges and turn left immediately past the second bridge. This is Old Orchard Cemetery Road. (You will see the cemetery). The road bears around to the right in front of the cemetery. Just before you come to the front gate look to your left and see the "Hart" family plot. Park at the entrance. Go into the cemetery and to your left go in eight rows. B.F.'s grave is second in from the street. 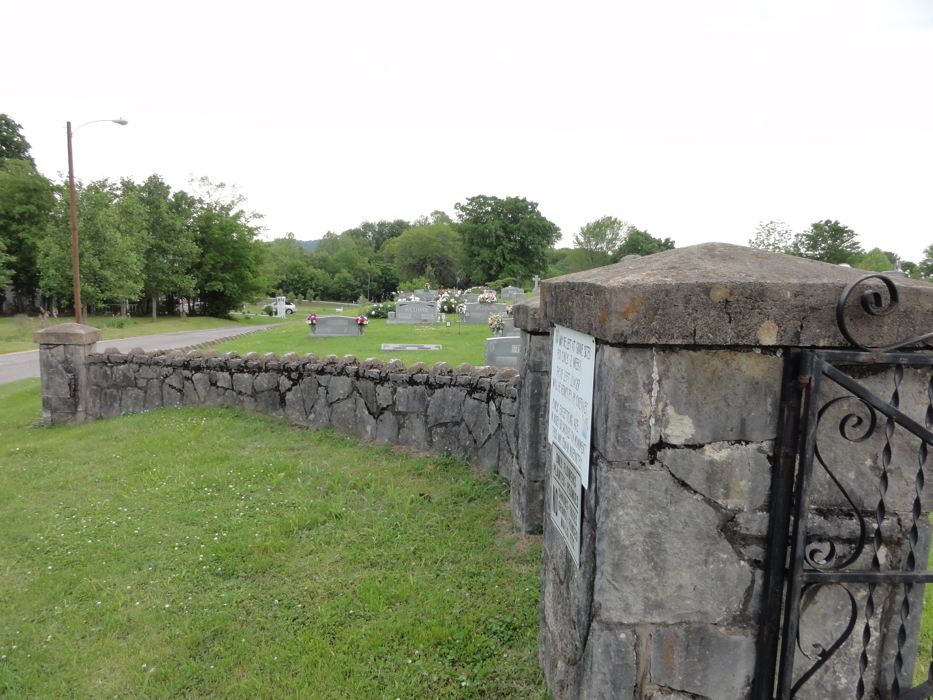 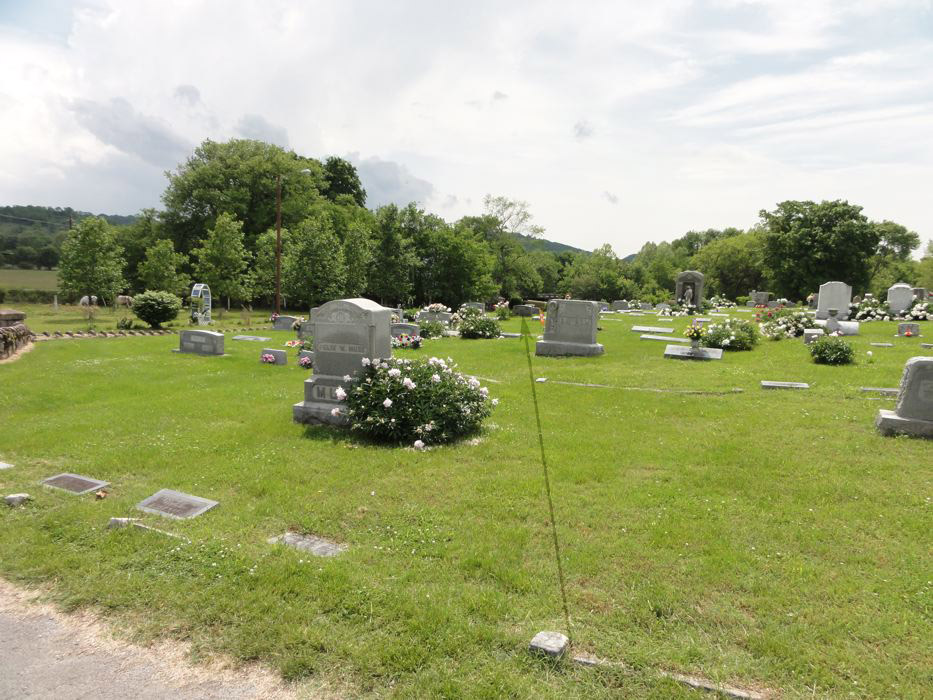 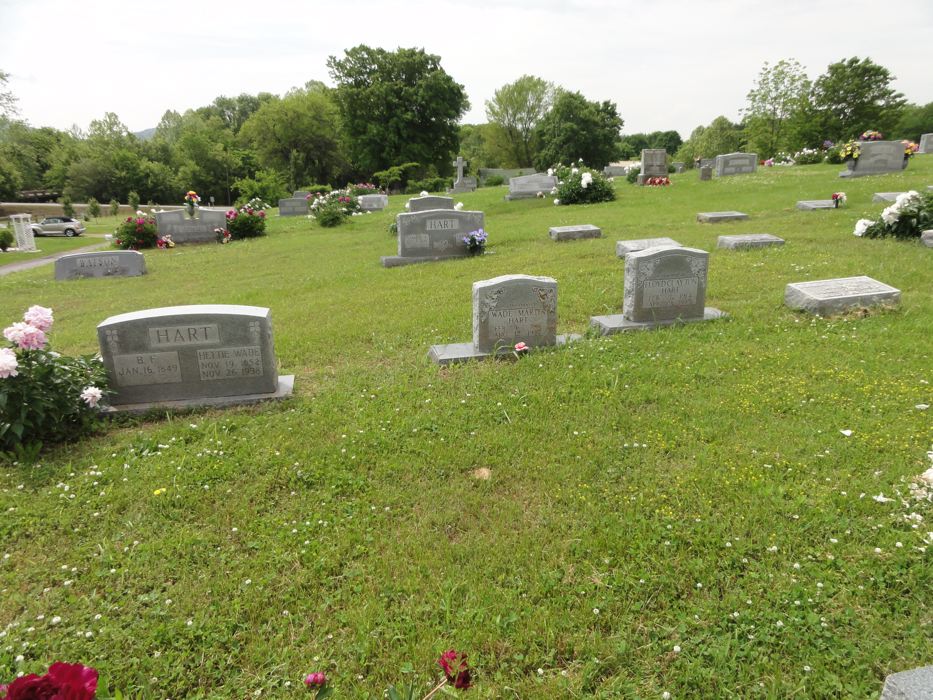 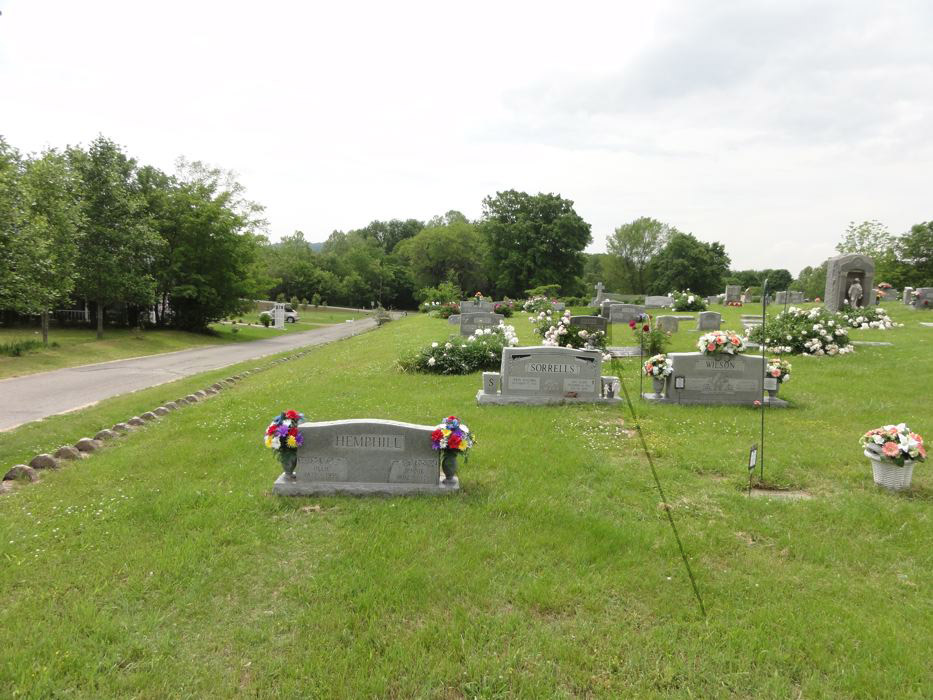 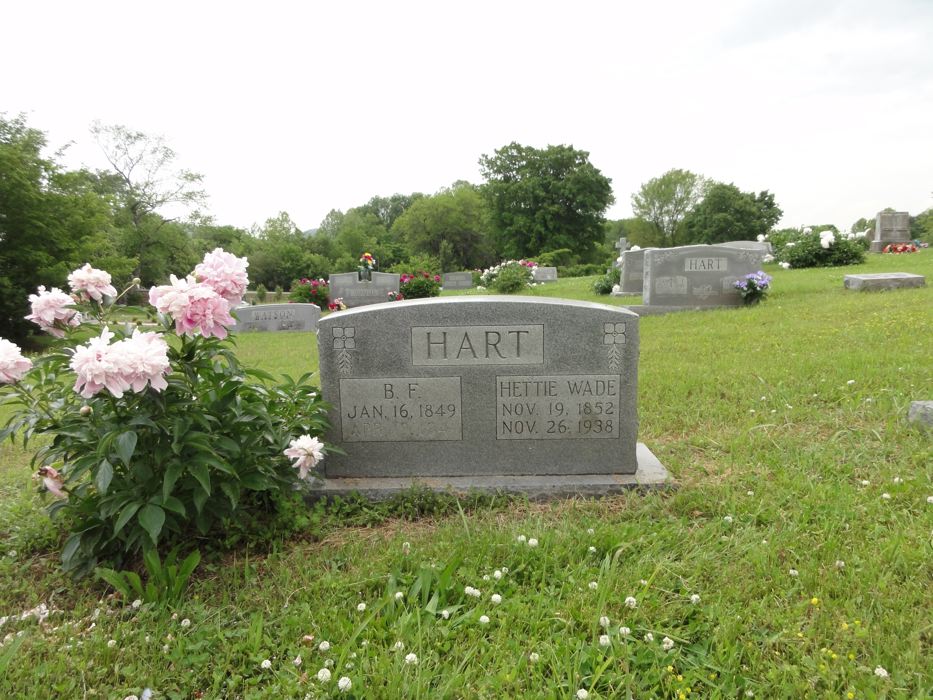 Obituary That Appeared In Gospel Advocate
Volume LXXXIII, No. 17, April 24, 1941

Other Graves To See While In The Area: