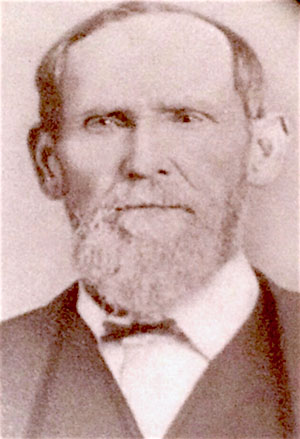 Brother James H. Mullinicks (sic) was born May 26, 1821; obeyed the gospel in 1852, and began preaching the gospel of Christ a few years later, which he kept up as opportunity afforded till his last illness, which terminated in death March 6, 1895.  He was a pioneer in the cause of primitive Christianity in his section of country. Bakerville, Tenn., was his home much of his life.  During the time I have known him he never gave his whole time to preaching.  He followed milling and mill building, but in the meantime did what preaching he could, and in the aggregate did an immense amount of good.  He had no use for anything in religion except the plain word of the Lord. He was therefore firmly opposed to all sorts of innovations and human inventions in the way of human societies to do the work of the church, instrumental music, and such like.  He contended "earnestly for the faith once delivered to the saints," and wanted no sort of human wisdom mixed up with it.  He also did much for the truth in his private conversations.  He loved the truth well enough to talk about it as opportunity afforded. He read and studied the Bible extensively for his opportunities, and knew how to talk it, and in this way did much good.  He was very decided in his convictions on the teaching of the Bible, and was ever ready to express them; so that all who knew him, knew just where to place him on all practical subjects.  And, better still, he tried hard to live out in everyday life the religion he taught; so that while many dissented from his teaching, they could not say aught against his Christian life.  He was closely endeared to the brethren and sisters in his own section of country, and is much missed by them since his death.  His good wife had passed over the river before him, and he leaves ten children to mourn their loss of him.

The real value of the life and work of such men is not generally realized until death takes them away, and the brethren begin to feel the loss of their counsel and influence.  Brother Mullinicks will long be remembered both by the church and the community round about Bakerville.  Though he is dead, his life and teaching will still speak, and many souls will yet be benefited by the tide of influence which he has started in behalf of Heaven's truth.  Let all prepare to meet him in a better home. 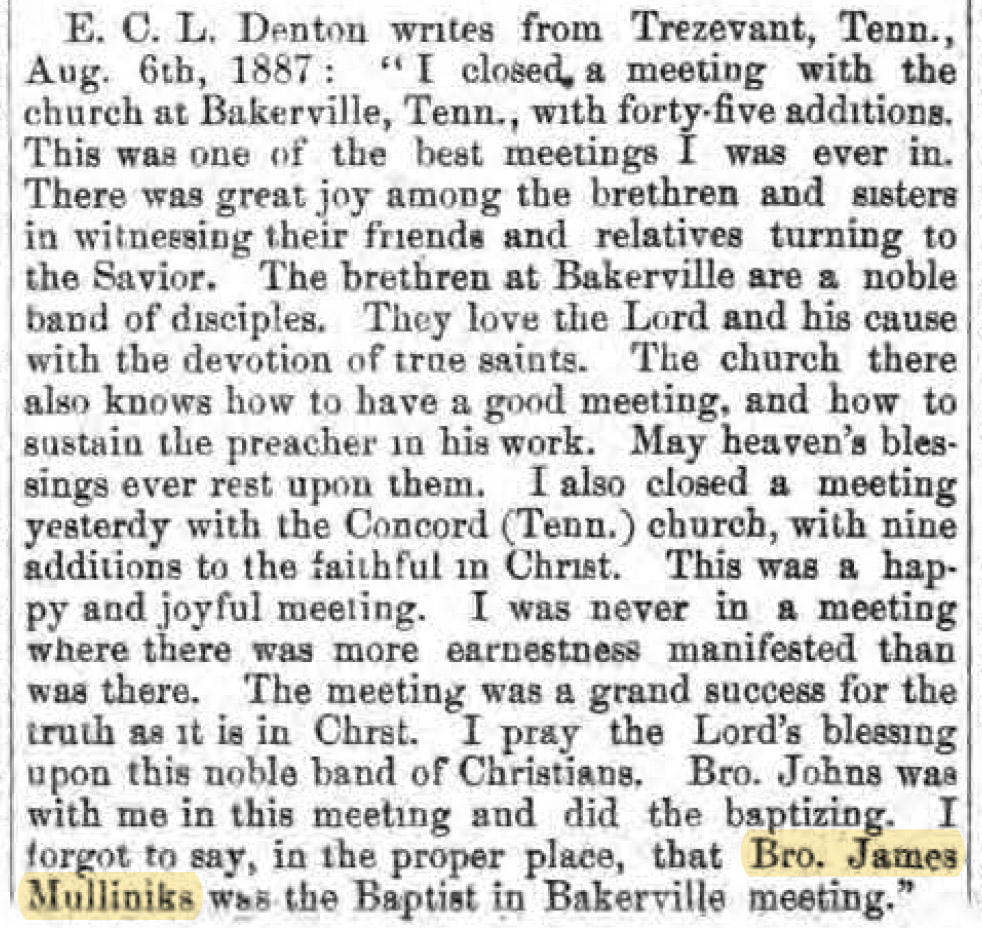 Died, November 9, 1871, Sister Phebe wife of J. H. Mullinicks, and daughter of John and Frances Gossett, at her home in Humphreys Co., Tenn.  She has been a member of the church of Christ about nineteen years, and leaves the cheering hope of the Gospel of the Son of God, with her bereaved friends, that she will live again.  She leaves a Christian husband and six children, to mourn their loss of her.  But they sorrow not as those who have no hope.  Her husband, who is also a proclaimer of the word of life, will find support and comfort in his sad bereavement, in the precious promises of immortality, found in the word of God.  May all her friends and relatives so live as to be prepared to meet her in peace.
E. G. S.
Gospel Advocate, June 6, 1872, page 553. 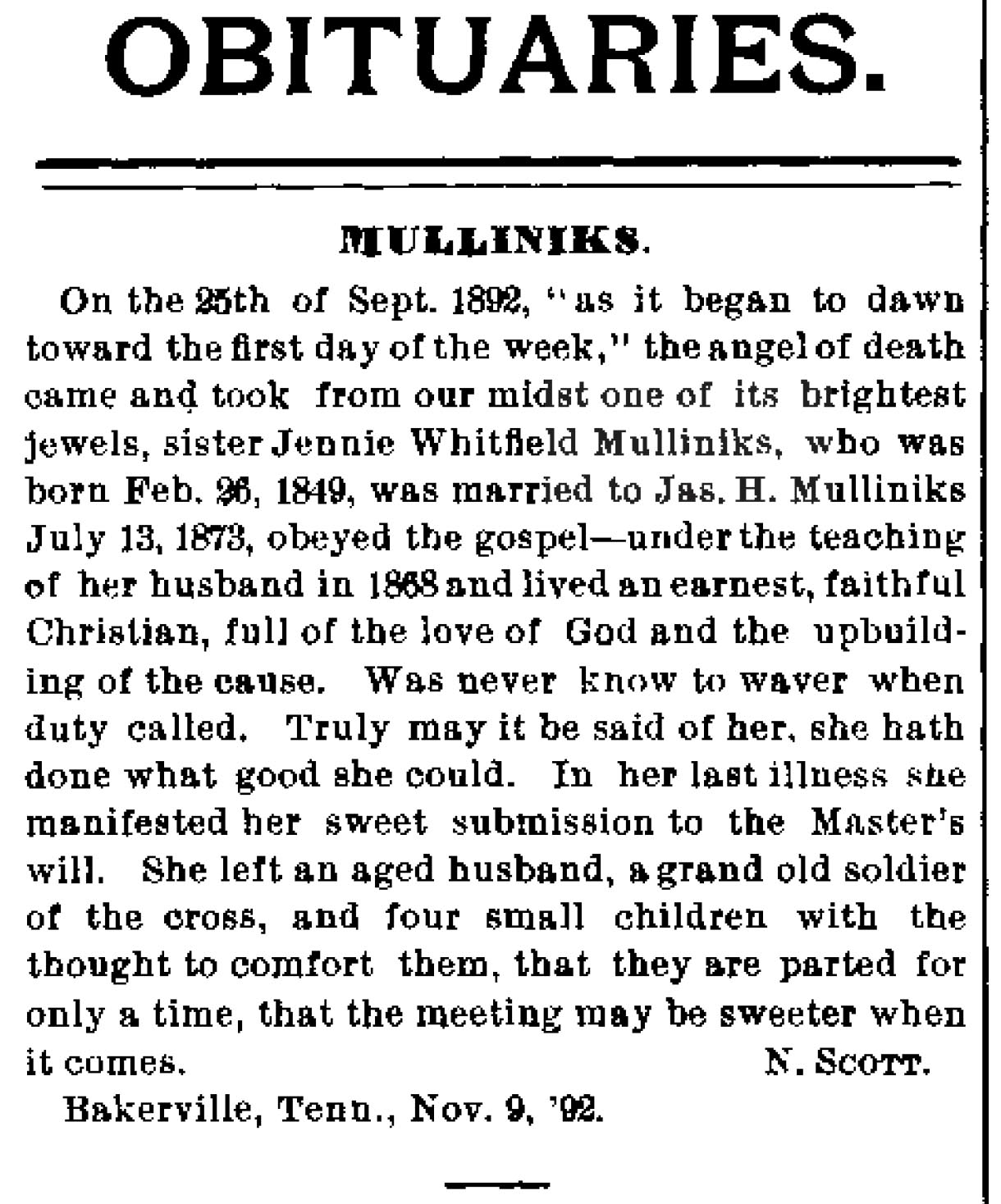 In west Tennessee take I-40 to the Waverly Exit 143 (Loretta Lynn's Ranch exit). and go toward Waverly (N) just a couple of blocks and turn left on Old Hwy 13. Go a couple of miles and turn left on Bakerville Road (CO 570). You'll cross Buffalo River and road will make a hard right. Go another couple of miles and you will arrive in the Bakerville Community. Look for church of Christ (old white weatherboard building) on the right. Just across the street from the church and up a steep hill is the old cemetery. Heading up the hill, you will quickly see the older part is in the front. Look in front center and slightly left look for a small broken monument. Main reading part should be facing up. This is the grave of James H. Mulliniks. 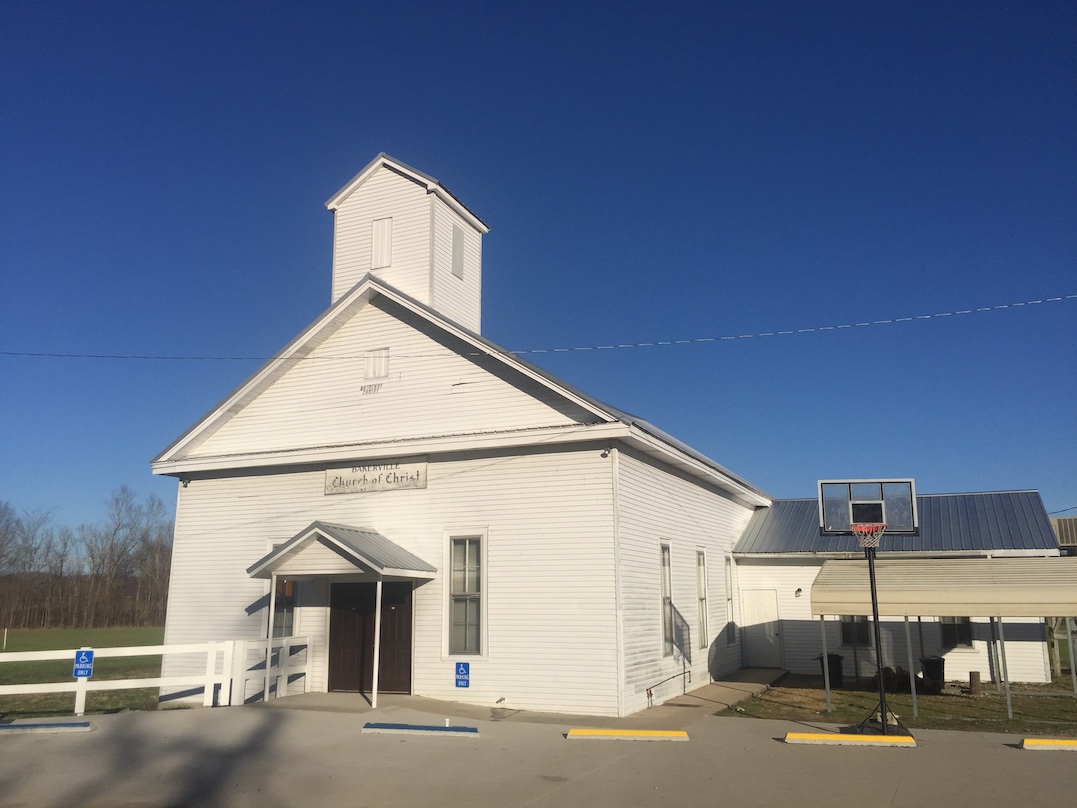 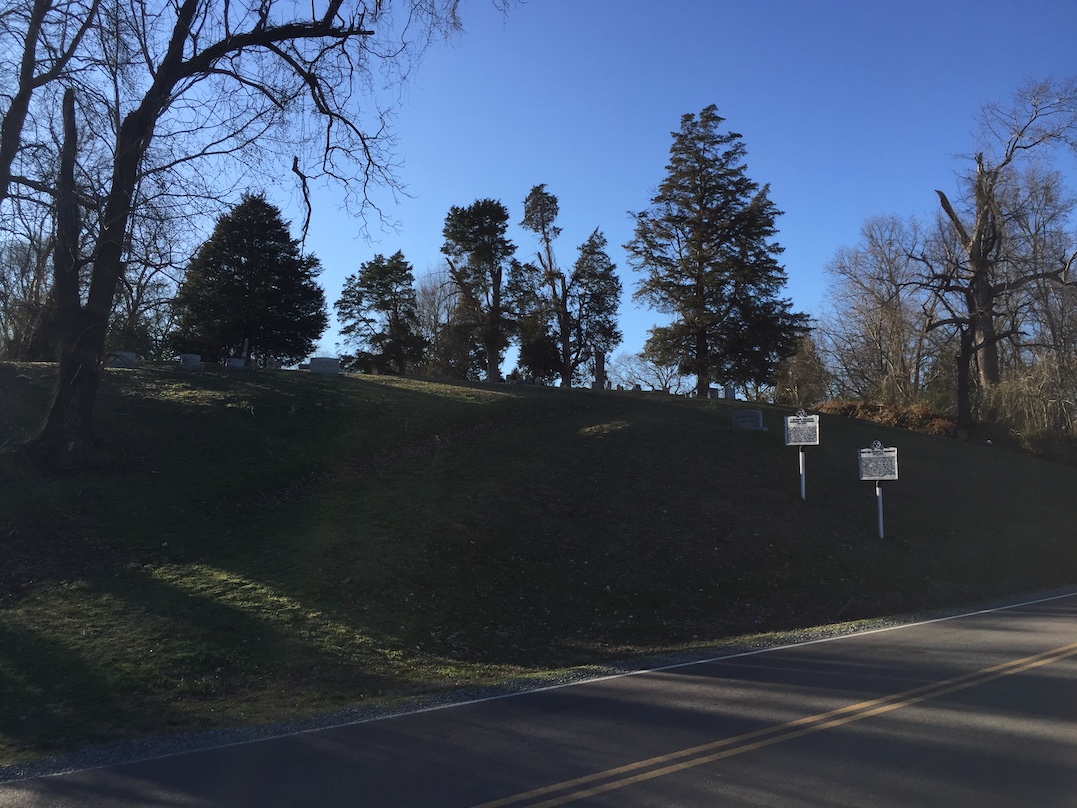 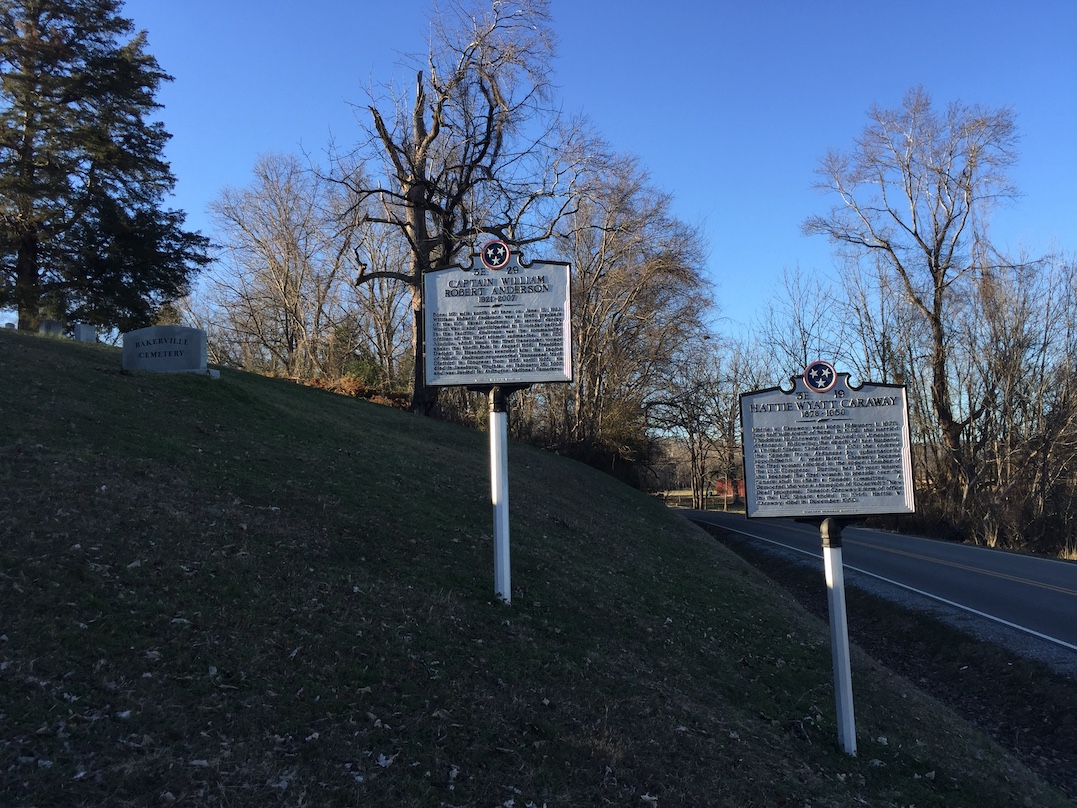 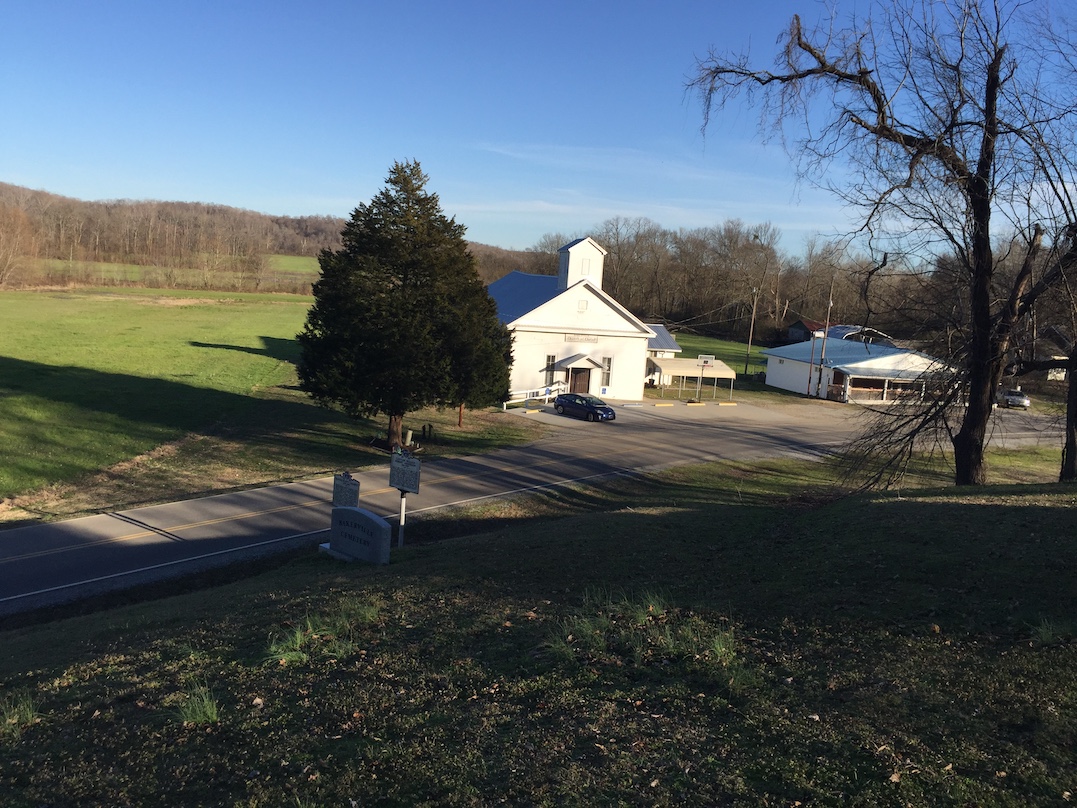 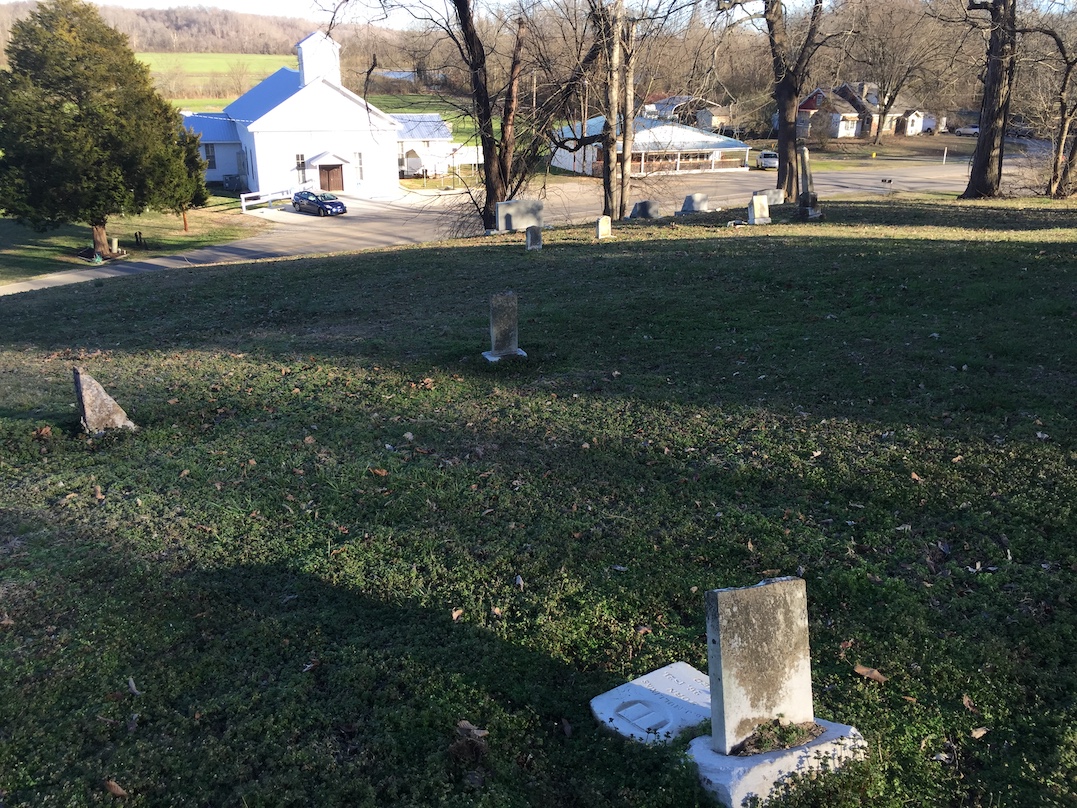 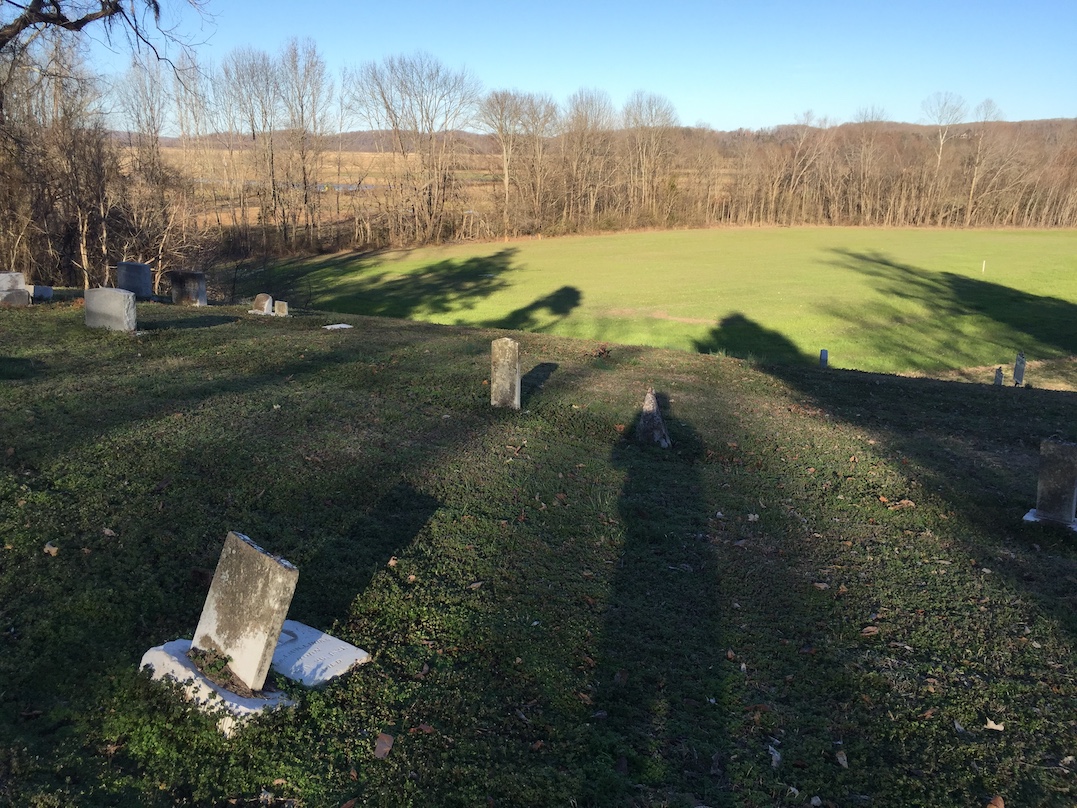 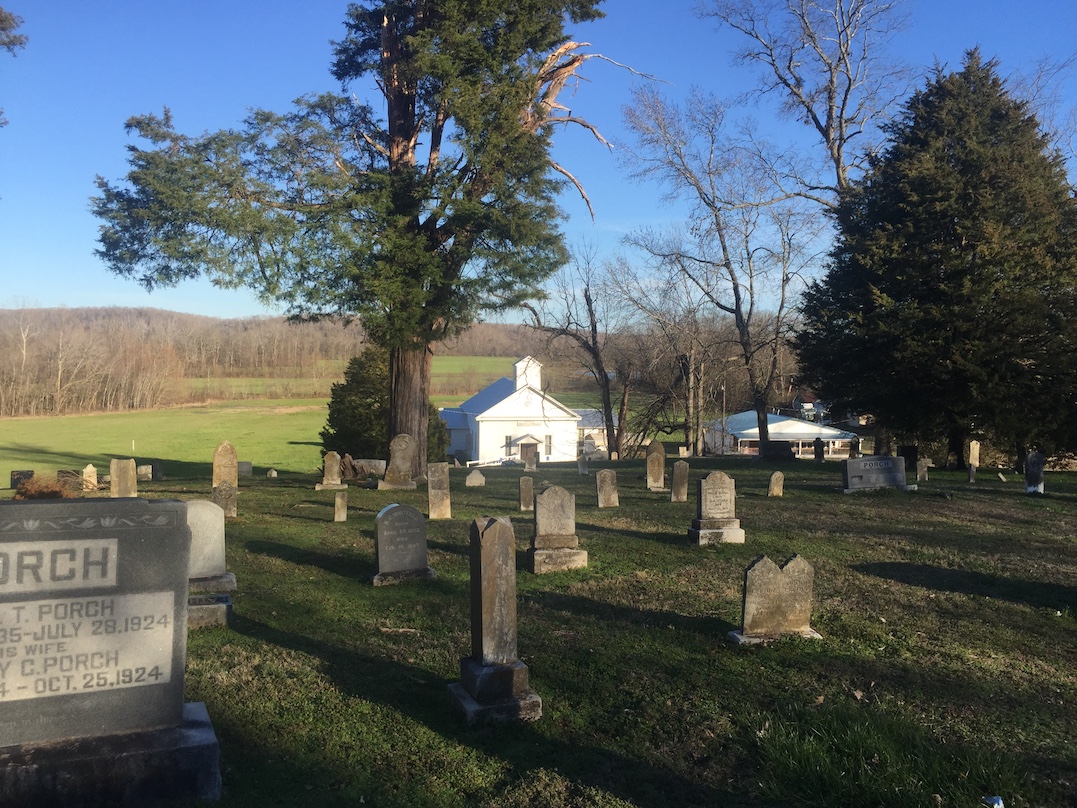 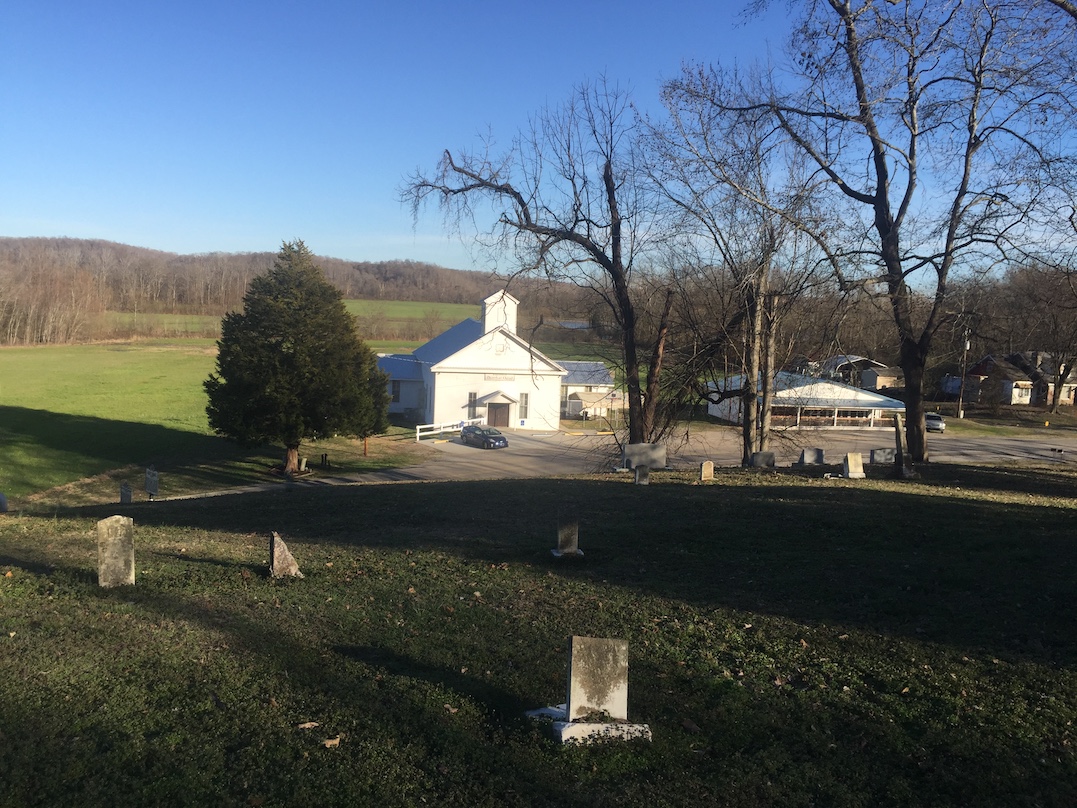 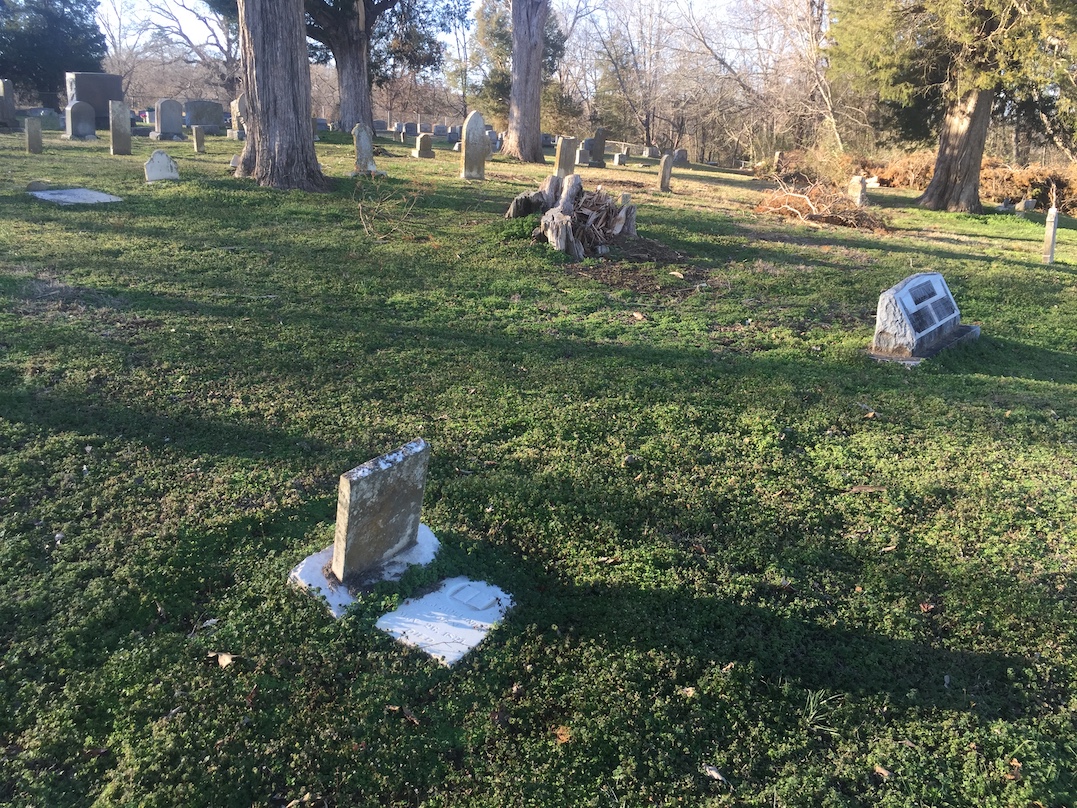 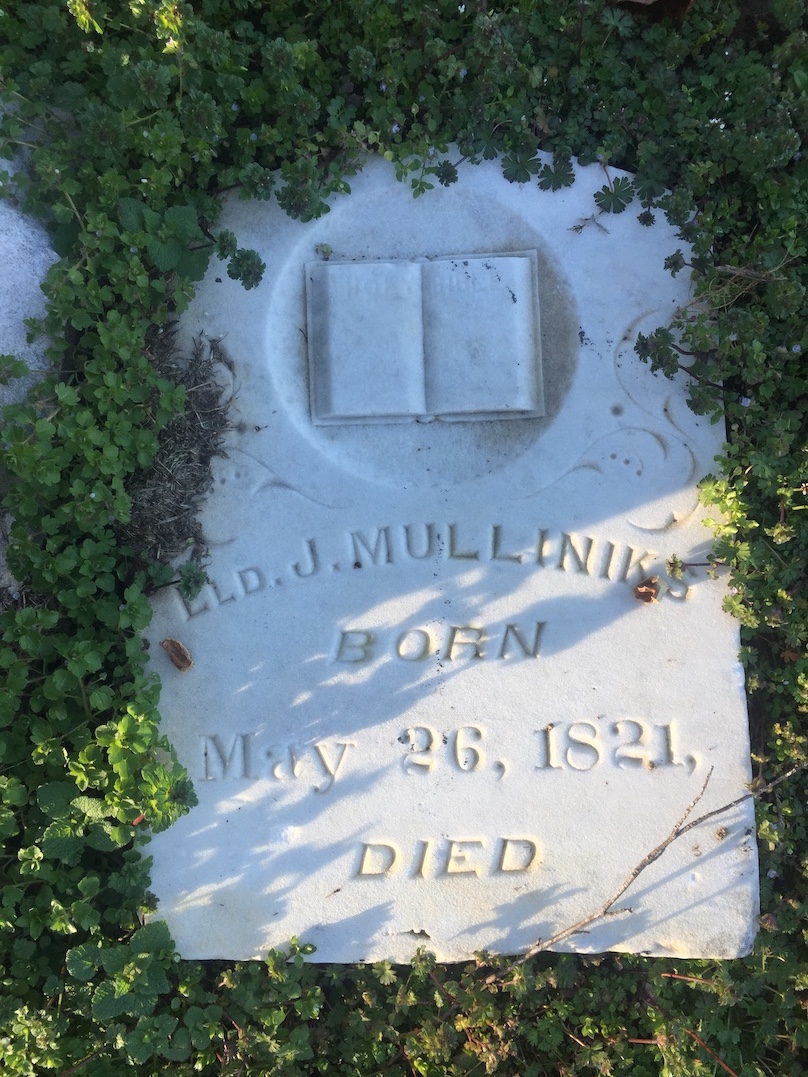 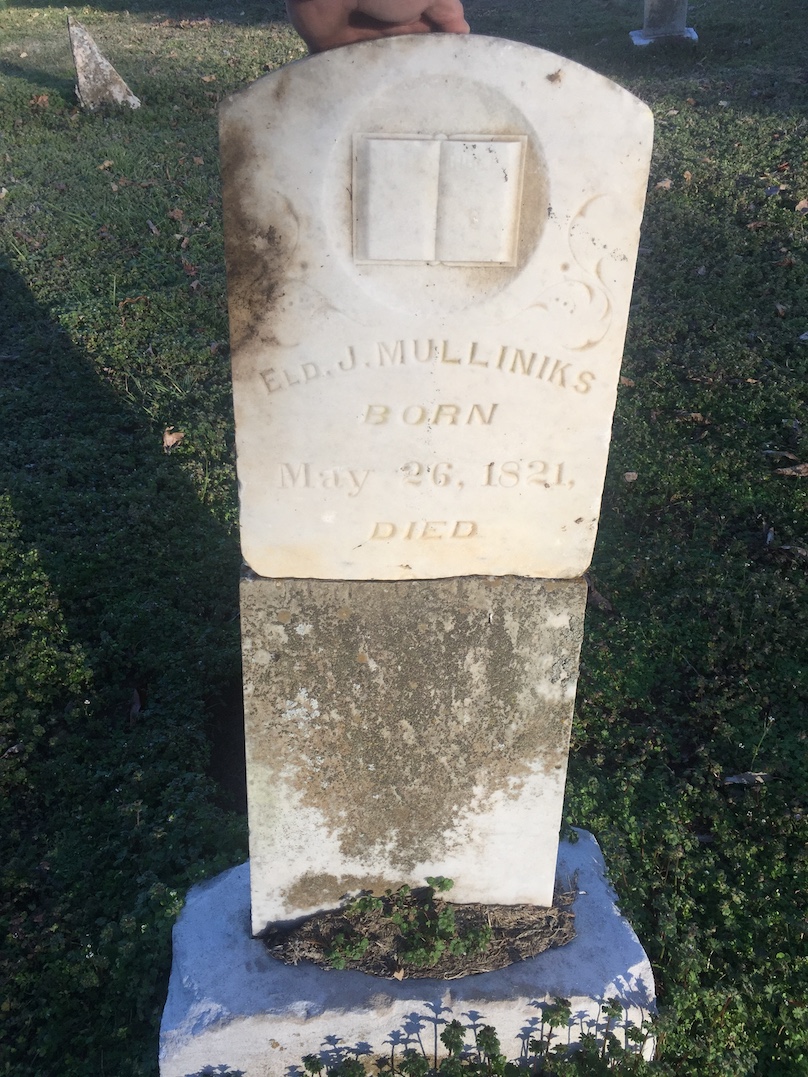