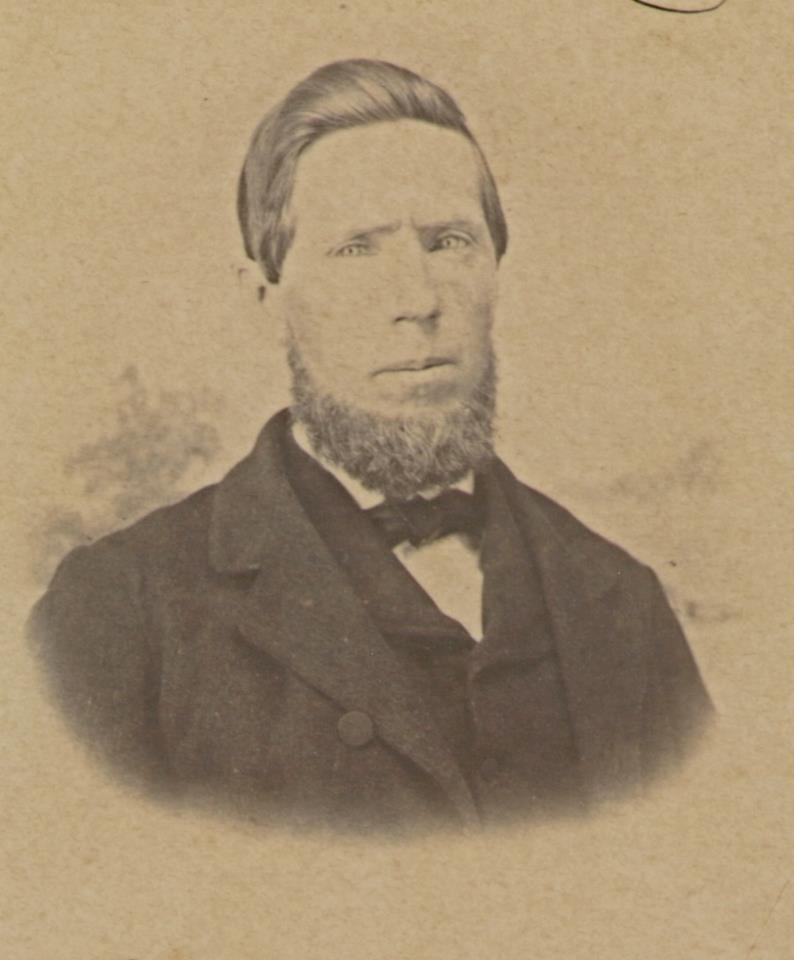 Biographical Sketch Of The Life Of E. G. SEWELL

The writer has the same difficulty to meet in preparing this biographical sketch that he had in writing the sketch of D. Lipscomb. The great abundance of material at hand and the brevity of space allotted for biographical sketches necessitate putting a few historical facts and incidents concerning this great man into such brief space. The amount of material on hands with such an array of facts and incidents makes it difficult to select just such as ought to be presented here. Much of the life of E. G. Sewell is fresh in the memory of the present generation.

Elisha G. Sewell was born in Overton County, Tenn., October 25, 1830. His father, Stephen Sewell, was born in North Carolina, but at the age of twelve came to Carter County, Tenn. Here he met his wife and married. Soon after his marriage he came to Overton County, Tenn., and settled on Wolf River near the Kentucky line, about seven miles from Albany, the county seat of Clinton County, Ky. Stephen Sewell had a large family. There were born to them eight boys and six girls. Two of these died in infancy, the others lived to be grown. All the boys, save one, had Bible names, and four of them became preachers of the gospel. The subject of this sketch was the; youngest boy and next to the youngest child. Stephen Sewell was a pious man and taught his children reverence for God and respect for his word. He belonged to the Baptist Church and impressed upon his children the chief tenets of the Baptist faith. The Baptist Church was very strong in that section of the country; in fact, it was the only church in that section of the county. Brother Sewell's father was a deacon in that church for a long time, and his brother, William B. Sewell, was clerk of the church for many years.

William B. Sewell married a member of the church of Christ and attended the services frequently with his wife. At one time he took the Lord's Supper with his wife on the first day of the week. For this he was cited to trial in the Baptist Church and charged with violating the rules of the church. He would not retract his statement about following the New Testament in worshiping God and was forthwith excluded from the Baptist Church. Through William Sewell, Jesse L. Sewell,an older brother of Elisha, was led to study the New Testament, and Jesse L. saw the Baptist error that he was practicing and immediately turned from it and began preaching the gospel. He, too, was excluded "for preaching faith, repentance, and baptism for the remission of sins." Soon Isaac Sewell, another brother, and three sisters asked that their names be removed from the Baptist roll. By this time three of Brother Sewell's brothers were preaching the gospel and an uncle was preaching the Baptist doctrine. E. G. Sewell was nineteen years old at this time. He did not know whether his brothers were right or whether his uncle was right; so he decided in the spring of 1849 to study the New Testament for himself. He read the New Testament through once that year, and portions of it many times. On the fourth Lord's day in October, 1849, E. G. Sewell was buried with his Lord in baptism. About a year after this time he began to make public talks and rapidly developed into a strong gospel preacher. From that time on his life was filled with interesting events of his activities as a Christian.

He gained part of an education from the schools in his community, but these did not furnish very good advantages. Three of his brothers were teaching school in different parts of the county, and E. G. Sewell went to school to his brother for about six months. He then began teaching school near his home. Next be taught in Southeastern Kentucky. On November 22, 1853, he was married to Miss Lucy Kuykendall, near Cookeville, Tenn. Immediately after his marriage he went back to Kentucky and taught another term. He began to see the need of more education, and through the assistance of his father-in-law he was able to enter Burritt College in February, 1856. W. D. Carnes was president of the college at that time. He remained in Burritt College two and one-half years. When W. D. Carnes resigned as president and accepted the position in East Tennessee University, E. G. Sewell left Burritt College. On September 1, 1858, be entered Franklin College under Tolbert Fanning and William Lipscomb. He was admitted to the senior class, with the promise that be would be graduated at the close of the school year, provided he made good. He made good and was graduated with honors in June, 1859. 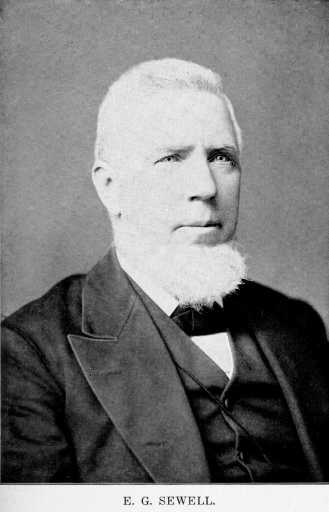 On January 1, 1870, he joined Brother D. Lipscomb as co-editor of the Gospel Advocate. He wrote regularly for the Advocate a little more than fifty years. He covered wide range of Biblical subjects. His writings were clear and simple, easy to be understood. Brother Sewell and Brother Lipscomb were coworkers and fellow workers in the church of our Lord for more than half a century. They were in sacred league and hallowed covenant with each other for more than fifty years. Their companionship was beautiful, each revering the other, having no suspicion or jealousy the one toward the other, but each ministering to the other and with each other in the work of the Lord. Each recognized the ability and talent of the other and respected the same. Like David and Jonathan, their union was pleasant and profitable, and their love for each other "was wonderful, passing the love of women." They were different types of men, but their lives were in harmony with the word of God, hence they were in 'harmony with each other. Brother Sewell said in his first editorial in the Gospel Advocate: "I expect to make the Word of God my guide in whatever I say through, the Advocate, just as I have endeavored to do in my preaching. I have no confidence in anything in religion which is not fully authorized by the Bible."

Brother Sewell lived to a ripe old age. He died on March 2, 1924, at the age of ninety-three years. He died as did his fellow worker, D. Lipscomb, on the Lord's Day. He had kept the faith and finished his course. Death to him was the climax of his mission on earth. Funeral services were held at the Russell Street Church, Nashville, Tenn., by Brethren S. H. Hall and J. C. McQuiddy.

Chronology Of The Life Of Elisha G. Sewell

January 1, 1870
Moved to Nashville and became co-editor with David Lipscomb of Gospel Advocate replacing Tolbert Fanning - With paper for 50 years

Early 1871
Started the Woodland Street Church in the upper room of the Odd Fellows Hall between Fourth and Fifth Streets in Nashville.

March 2, 1924
E.G. Sewell dies at the age of 93 and is buried at Mt. Olivet Cemetery in Nashville, Tennessee

E.G. Sewell is buried in the Mt. Olivet Cemetery, Nashville Tennessee. The cemetery is located at 1101 Lebanon Pike, Southeast of downtown Nashville. Click over to Mt. Olivet for map and location of the grave in the cemetery. His remains rest in Section 6 - Lot #103. Look for pink granite monument with urn on top, then behind on right.