Snowville Church Of Christ
"Jerusalem of the Southwest" 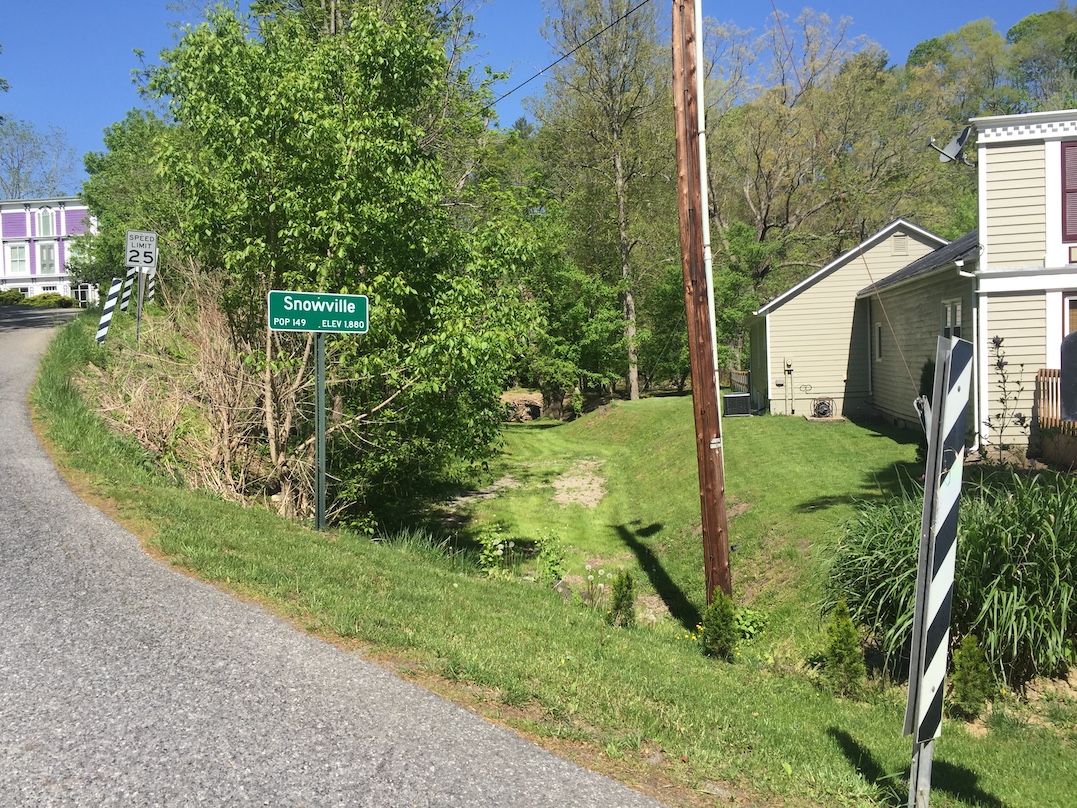 Sunday, June 26, was a big day in the history of Snowville, Virginia, Church of Christ, when the congregation celebrated its 100th anniversary. W. H. Book was in charge, and three services were held, with dinner on the ground. This church was established in 1833, when Asiel Snow began the establishing of a village which was destined to become, for many years, the most enterprising town in southwest Virginia. Dr. Chester Bullard, a free lance in religious thinking, located in Snowville, and, in connection with his practice, did evangelistic work in many sections of the State, and baptized thousands of converts, who were designated as "Bullardites."Learning of Alexander Campbell and his religious views, the Doctor rode horseback to Charlottesville, where he had an interview with Alexander Campbell, and found that he himself was teaching the very same things that Campbell was teaching. He immediately allied himself with this movement, and became the spiritual shepherd of the Snowville congregation.

The first building was a very ordinary affair (40 x 60 feet), with one front door and three windows on either side. The pulpit was in the rear of the church, with and aisle through the center and seats on either side. There was an opening just back of the pulpit, closed by a shutter hung on hinges, that could be opened and closed at will. This was made to accommodate the overflow audiences. The present building was erected more than sixty years ago; the galleries, built on three sides, were made to accommodate the colored people, many of whom became members of the church, and were considered a part of the congregation. A separate communion set was used for the accommodation of this race while the white people were being served on the lower floor. D. A. Snow, the first son in the gospel of Dr. Bullard, served as minister for a number of years. The following men of the pioneer days also served as ministers: Thomas G. Shelor, James P. Hawley, Cephas Shelburne, J. T. Showalter, J. T. Taylor and J. D. Haymaker. They were followed by W. S. Bullard, the son of Dr. Dullard, and F. F. Bullard, a nephew, and John Hopwood, who founded a school that enabled many of the young people to secure an education. Other noted men have held meetings for the church, among them being Benj. Franklin, John F. Rowe, Daniel Sommer, L. A. Cutler, Elders Cowgill and Austin, and C. S. Lucas.

"Jerusalem of the Southwest"

In the early days of the church, Snowville was considered the "Jerusalem of the Southwest."In the days of the district co-operations, crowds equal to the State conventions, from all sections of the Southwest gathered and listened to gospel sermons preached by the leading men of the brotherhood. But little of the time was taken up with the reports and resolutions and programs of work, but the chief thing was the preaching of the Word. That was the day when new congregations were being formed and hundreds were being added to the Lord. Then, they all spoke the same thing, and every minister was believed to be sound in the faith.

Recently, this church has given two men to the ministry: Eddie Moseley, minister of the church at Radford, and Erie Elmore, of Snowville.

I can remember when a little tot, sleeping with my bead in the lap of my mother, that Benjamin Franklin conducted a meeting at Snowville.

J. T. Showalter, who taught school and traveled all over this section, gave to the church three ministers: George Showalter, and Milton, of Texas, and Eddie, of Pulaski County, Virginia. Col. J. R. Miller, who became one of the outstanding temperance and prohibition leaders of the nation. and D. A. and B. F. Amman, leading Bible-school workers, were members at Snowville.

Ray Walker of Mississippi, the son-In-law of Eddie Showalter, is now engaged in a meeting in Copper Valley. -W. H. Book in Christian Standard.

My father was a public school teacher and preacher. Brother W. H. Book went to school to him while a boy. Later he was in our home many times after he began preaching. In those days he preached with great power and earnestness, before the defection of the Christian church from the churches of Christ. As the church at Snowville celebrates its 100th anniversary, it brings to me many sad sweet memories. I recall quite vividly incidents connected with the history of the congregation more than fifty-five years ago. My father preached for this congregation quite a number of years. He was an elder of the church there for about forty years. It was there that I confessed Christ and was baptized in Little River, a beautiful, clear mountain stream which flows around the little town. Quite a number of other loyal congregations are still holding on in Virginia, largely the result of my father's labors. However, the Snowville congregation long ago went over to the digressives and at my last visit in Virginia they were exceedingly weak, sectarian preachers filling frequent appointments there.

One time when we had a great attendance at a big "co-operation meeting,"one of the preachers was making an eloquent address and with great fervor and with pride for what the church had done, shouted, "Snowville is the Jerusalem of the Southwest"(meaning Southwest Virginia.) Old Brother Meta Amman, one of the elders, spoke out in a clear voice, "It was Jerusalem that killed the prophets."They had under discussion at that time, as I remember, the pastor system and some other things connected with the introduction of innovations and unauthorized practices that were being introduced and that later became the wedge of separation between the loyal churches of Christ and the Progressive Christian Church of today. There is a wonderful missionary field in Southwest Virginia. There are thousands of earnest people who are groping about as sheep without a shepherd who would be loyal to the New Testament under an efficient and loyal leadership.

Snowville, Virginia is a small community on the very eastern edge of Pulaski County, separated from Montgomery County by the Little River. Snowville is on State Highway Route 693, Lead Mine Road.

Snowville Christian Church
The Jerusalem Of The Southwest 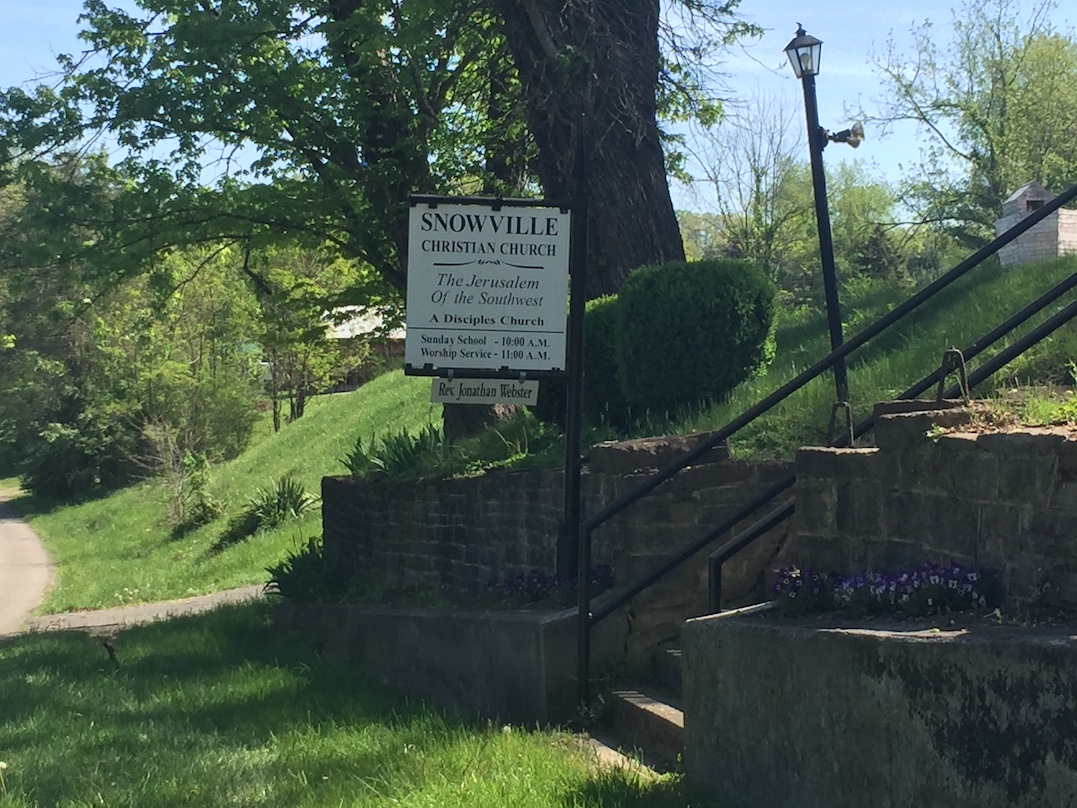 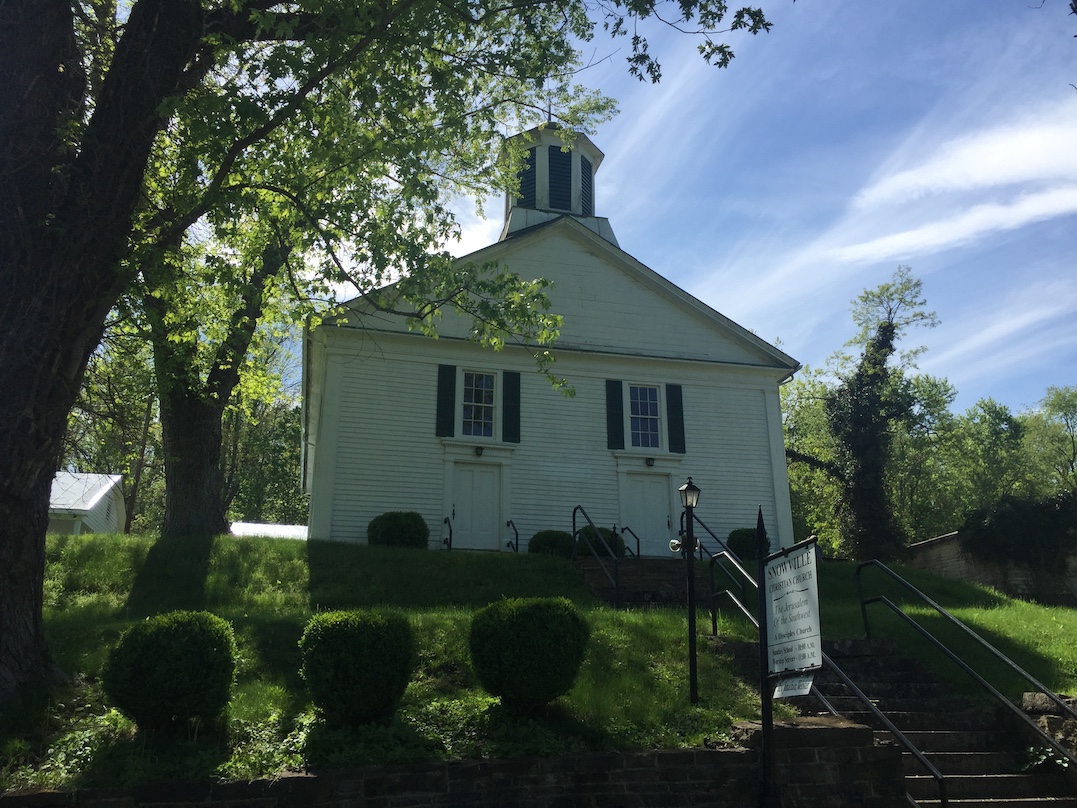 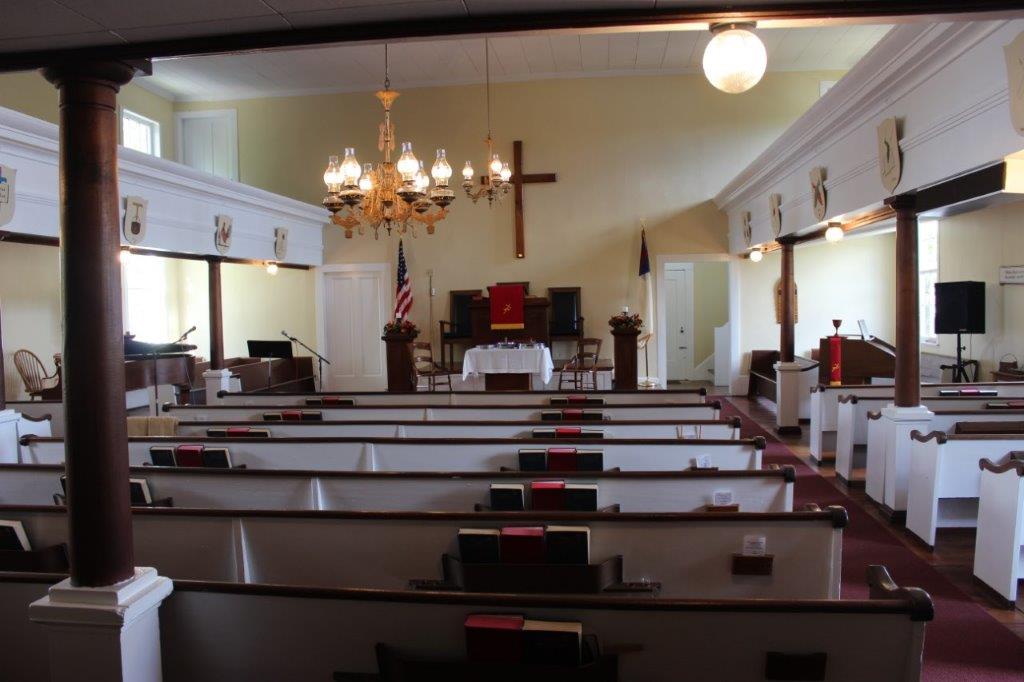 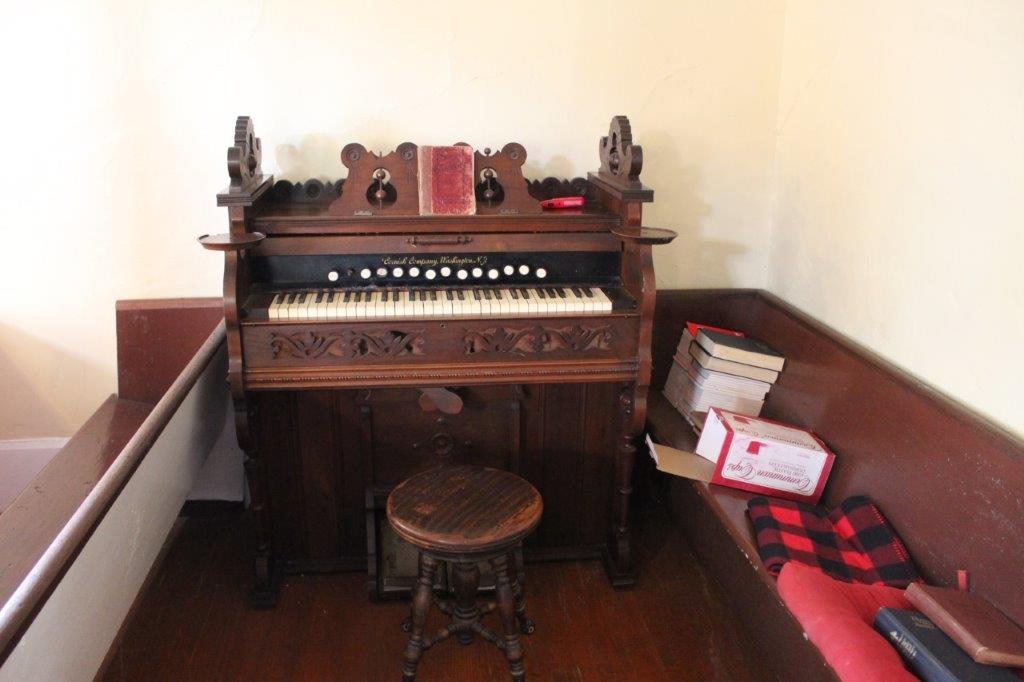 The organ of controversy! A badge of liberty for some, and a bone of contention for others in the 1870s. 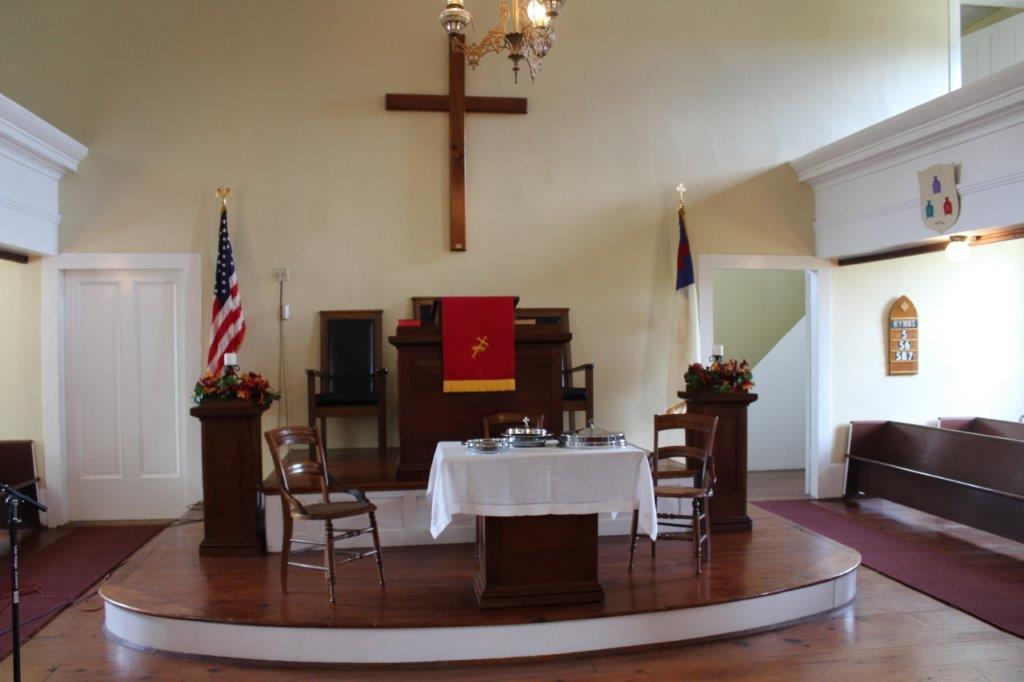 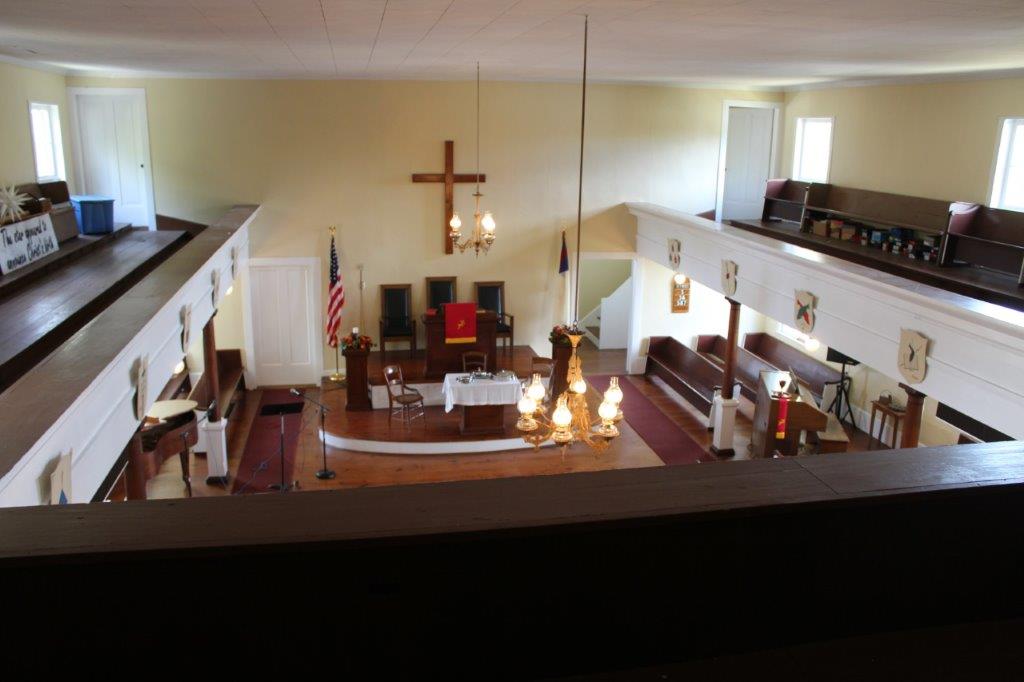 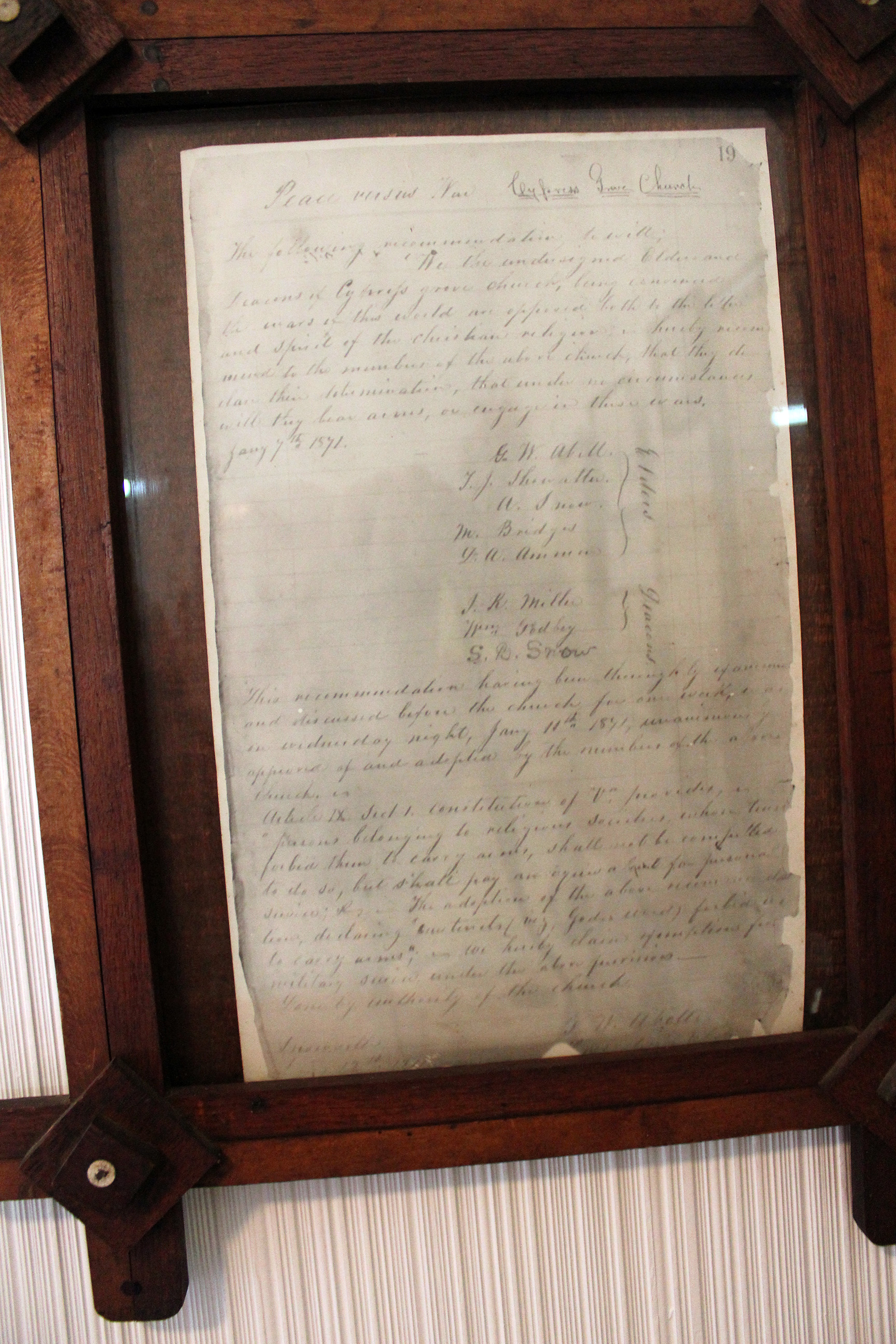 Peace vs. War Cypress Grace Church, by G.W. Abell
Click on photo for closer look at this posted document
concerning the united purpose of the church 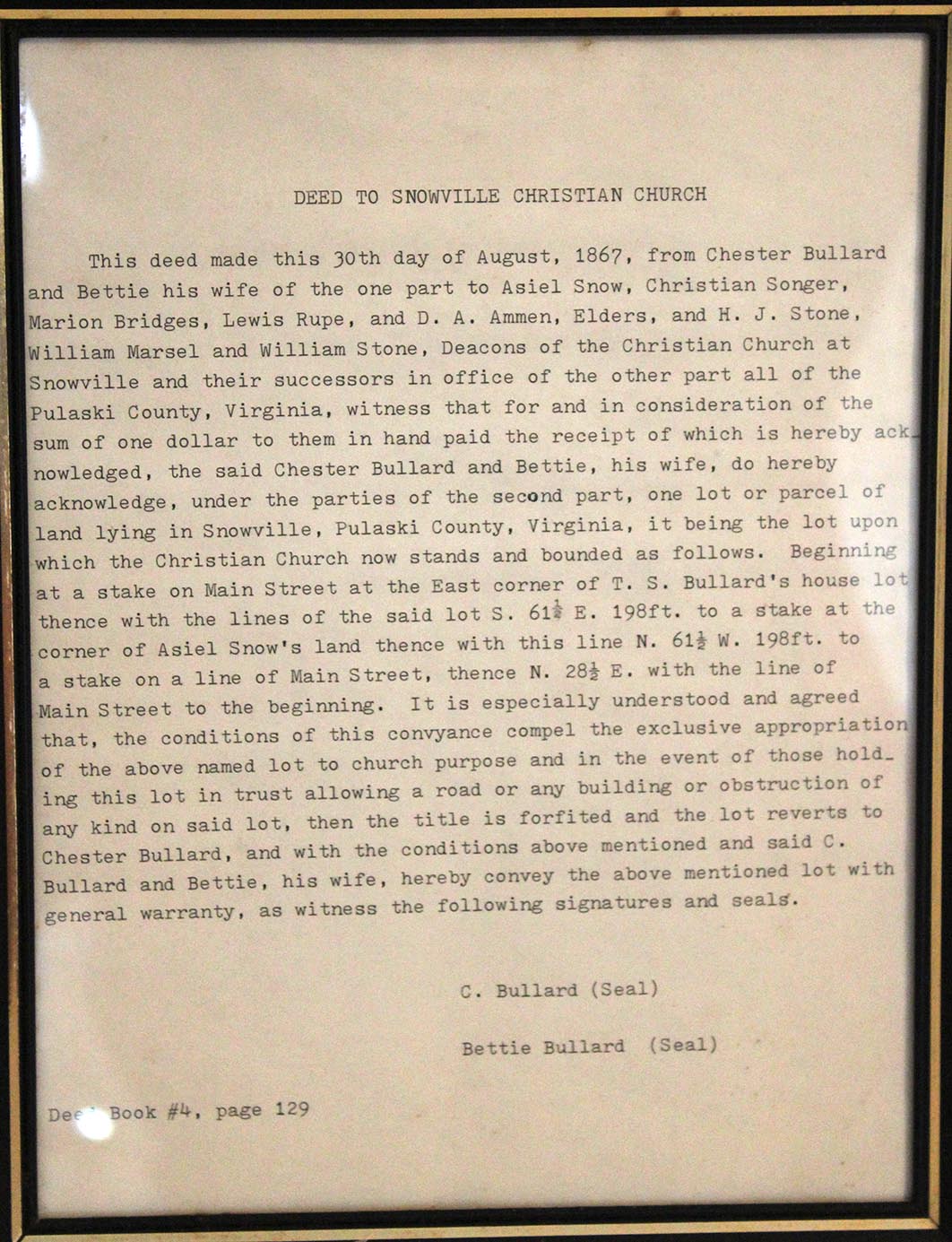 Deed To Snowville Christian Church
click on photo to zoom in 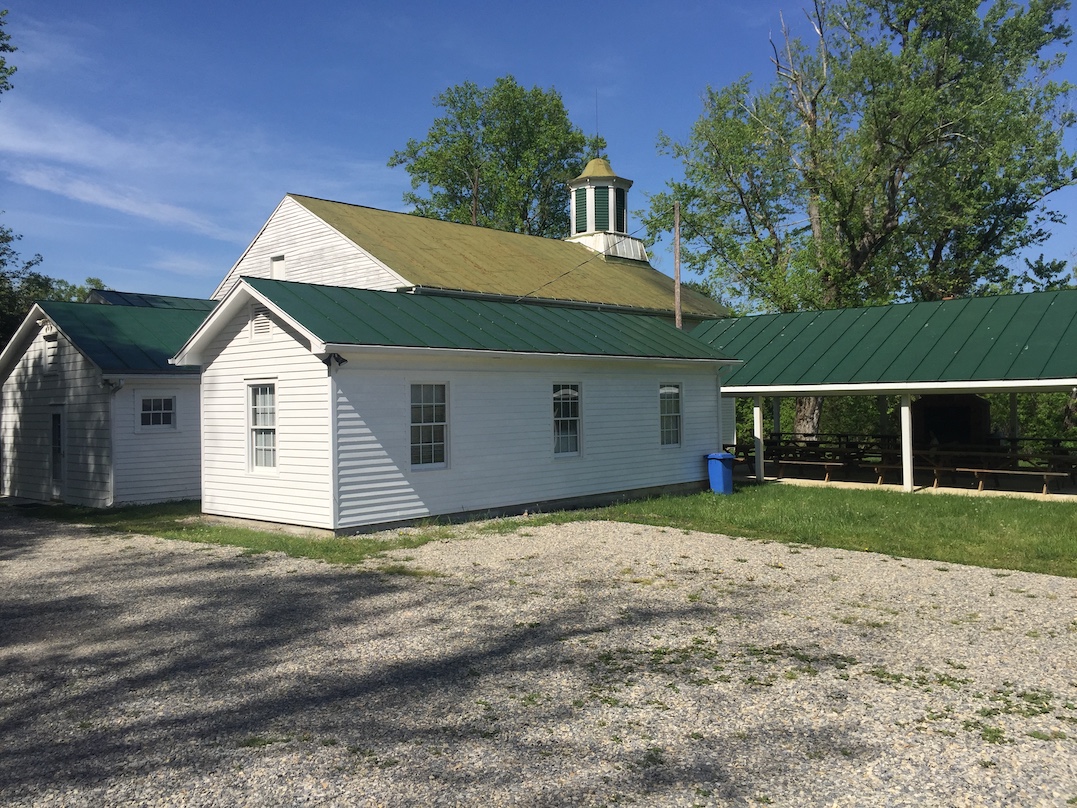 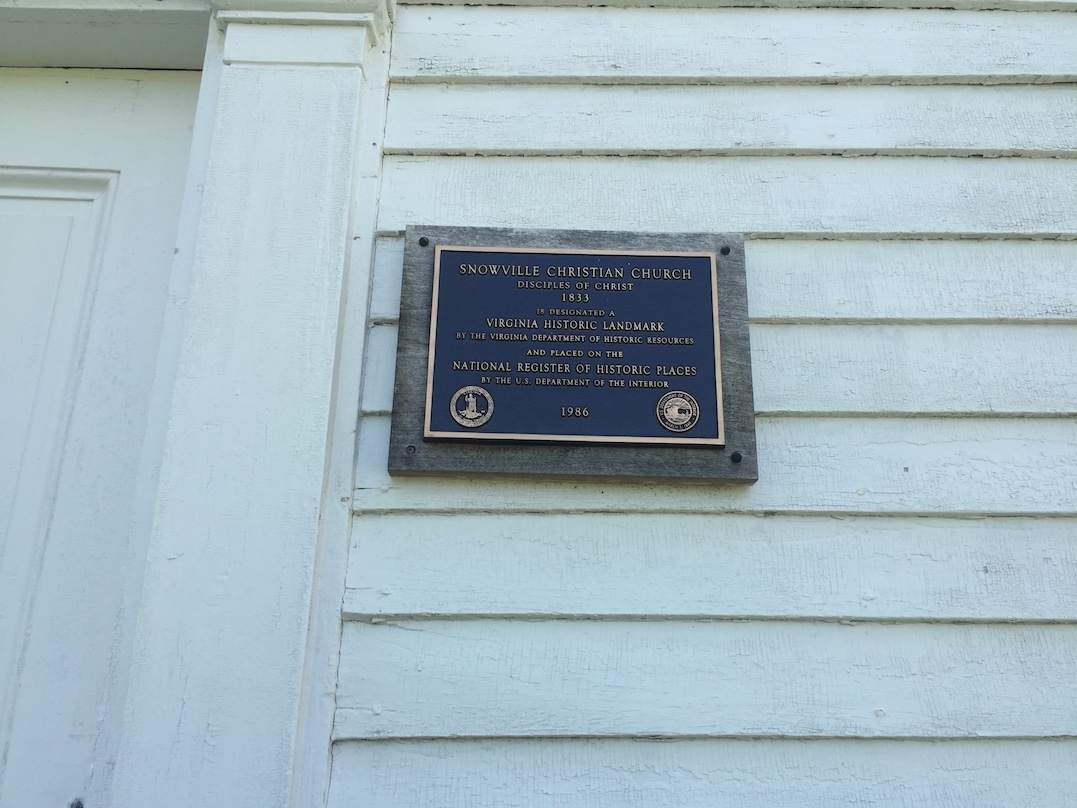 Snowville Christian Church
Disciples Of Christ
1833
is designated a
Virginia Historic Landmark
by the Virginia Department of Historic Resources
and placed on the
National Register Of Historic Places
By the U.S. Department of the Interior
1986

After The Division In The 1870s

Sometime in the 1870s, the Christian Church planted by the Bullards, the Abells, the Snows, and others was divided over the societies and the addition of musical instruments into the worship of the saints. Those who saw these additions as not in keeping with the Scriptures moved a mile south of the Christian church building and built a much smaller structure in which to conduct worship. The photos below are of this building. The church of Christ continued many years. But, finally the doors were closed, and the building was sold. Today it is operated by a civic organization in town. 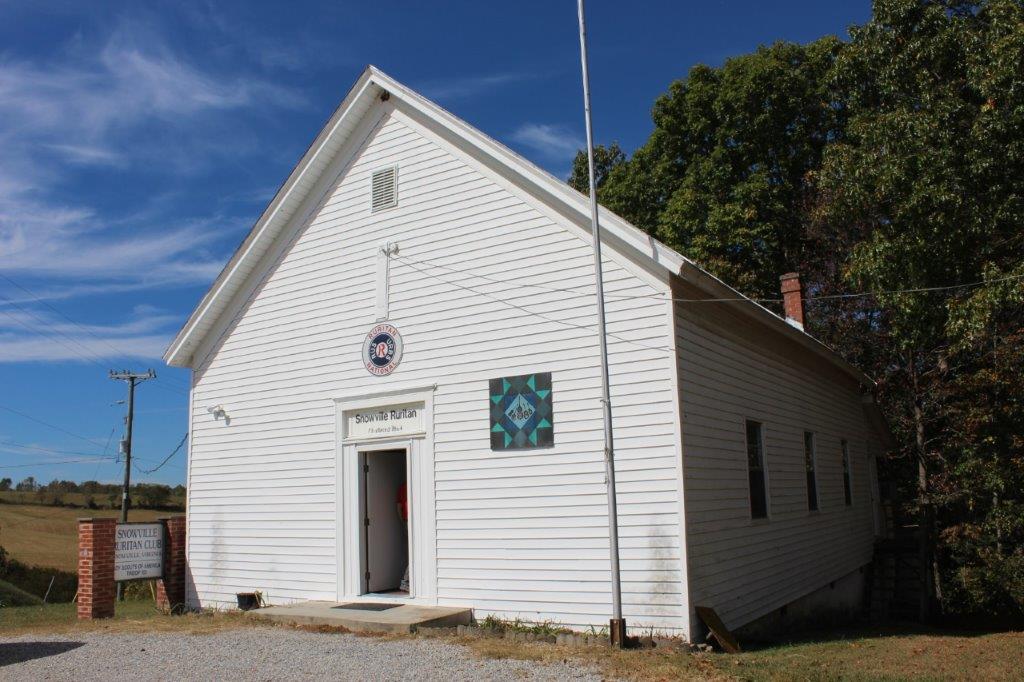 In April, 2019, I had the privilege to speak on the lectureship program of Southeast Institute of Biblical Studies, held at the Karns church of Christ in Knoxville, Tennessee. Along with me was long time friend and fellow laborer in restoration research, C. Wayne Kilpatrick. After we both completed our responsiblies at SEIBS, we made our way into southern Virginia where we sought the burial places of several leaders in the Restoration Movement in that area. Special thanks are extended to John Showalter, great-grandson of J.T. and Sarah Showalter who traveled with us from his home in Abingdon, Va., to show us his hometown Snowville, Virginia. Part of the tour involved visiting the old churches connected with churches of Christ/Christian Churches in the southwestern part of Virginia. This page reveals the history of the church from the viewpoint of those who left the main church after over forty years of unity to plant a church of Christ after the ancient order. When we visited the old Christian church building we were not able to gain access to the inside. Some of the photos of the inside here on this page were contributed by Wayne Kilpatrick from a visit he made to the building in October 2017.