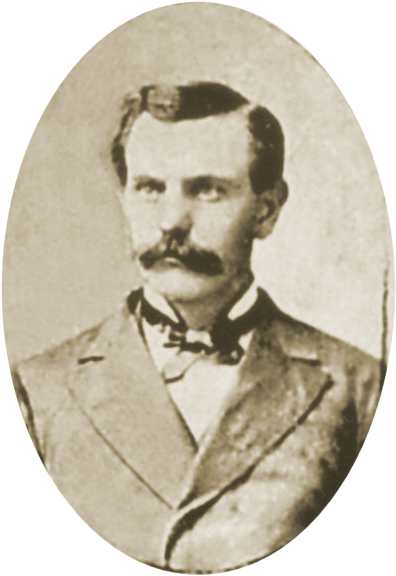 Biographical Sketch On The Life Of E. A. Elam

We are not far enough removed from the life and work of this great man to estimate the permanent good that he accomplished; and, again, his passing has been of such recent date that it is difficult to select just the kind of matter from the great bulk that is before us to crowd into a short biographical sketch. It is right to remember the good that men do and pay just tribute to them. We should cherish their memory, emulate their example, and teach their virtues in so far as they followed Christ and blessed the world. We have before us such a character in E. A. Elam. 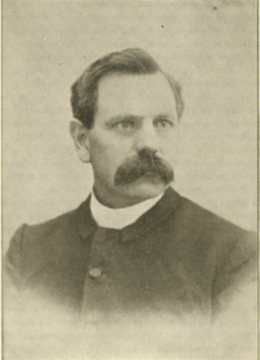 Brother Elam was born on March 7, 1855, at Fosterville, Tenn. His father was a farmer and merchant. E. A. Elam was taught industry and frugality, and he learned these lessons well and practiced them throughout his life. His parents were of the Baptist faith at first because they had not studied the Bible. His father heard Tolbert Fanning preach the gospel, and he at once made a study of the New Testament and found the light and beauty of the truth. He immediately became a Christian and taught his children the way of the Lord.

Brother Elam first received educational training in the county schools near his home. He began teaching in the public school in his neighborhood at the age of seventeen. He was a success as a teacher from the beginning. After teaching one term, he entered Franklin College in 1872. The college was then run by Prof. Jack Fanning, a half brother of Tolbert Fanning. He attended school for one session and then taught for a session. He continued this for a few years. In February, 1876, he entered Burritt College, which was presided over at that time by W. D. Carnes. He would attend school for one session and then teach in the public school for a session, continuing this until he graduated from Burritt College in 1879, when T. W. Brents was president of the college. In the fall of 1879 he went to Mars' Hill, Ala., and began teaching with the lamented T. B. Larimore, and continued his work with Brother Larimore for one year. During this time he began preaching. He preached his first sermon in the courthouse in Florence, Ala. There was no church house owned by the disciples there at that time. At the close of the school year there he entered into evangelistic work and gave all of his time to preaching. 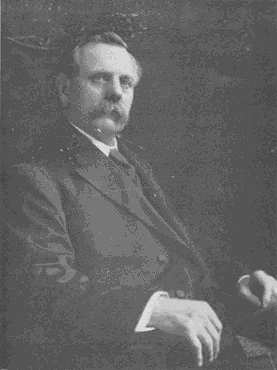 Brother Elam was a diligent student of the Bible from the time that he became a Christian until his death. He studied it by day and meditated upon it by night. He was an eloquent speaker and spoke with ease and fluency. He had a charming voice, and was said to be one of the most eloquent preachers in the brotherhood when in the zenith of his power. He spoke with persuasion, and many were moved to give their lives to God through his preaching the gospel. Few men baptized more people than did E. A. Elam. He was blessed with good judgment, a sympathetic heart, and a persuasive tongue, and he consecrated all that was in him to the preaching of the gospel. Brother Elam did much preaching to the church. He was anxious to enlist men and women in the service, but he was as anxious for them to continue faithful until the end. lie memorized much of the Bible. His sermons were filled with Bible thoughts, and much of them was expressed in Bible language.

Brother Elam was a peacemaker. He loved peace, and he gave much time to teaching peace and helping others to come into a fuller knowledge of the blessings which come to the life of those who love peace. Perhaps he did more to bring brethren who were alienated together in peace than any man during his generation. His wise counsel and godly influence were sought by many in settling church troubles. He traveled extensively and visited numerous churches in order to bring about peace and good will among brethren. He strongly opposed Christians' taking part in carnal warfare. He did what he could to keep the Lord's people out of war and encouraged them in all of the avenues of a quiet and tranquil life. He collated all that the Bible teaches on peace at the beginning of the World War and published to the world what God has taught about peace. He wanted his brethren to know that which God had taught about peace. The last article that he wrote for the Gospel Advocate was on the subject of peace. 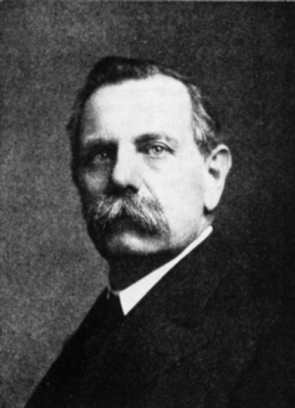 Great as E. A. Elam was as a preacher of the gospel, he was as great as a writer. He wrote the Uniform Lessons for Sunday-school literature for nearly thirty years. His lessons were clear, convincing, thorough, and Scriptural. There are many still living who can say that they have learned more Bible from studying the lessons written by E. A. Elam than from any other source. He began writing for the Gospel Advocate soon after he began preaching and continued for nearly fifty years. He wrote, as he spoke, with grace and ease, and his writings were filled with Scriptural quotations. His instruction through the Advocate was appreciated by many, and his timely admonitions and rebukes have saved many from error and destruction. He was a prolific writer and wrote upon a great variety of subjects covering the whole counsel of God.

Brother Elam made valuable contributions to the literature of the brotherhood with his pen. In addition to his writing the Sunday-school literature and editorial articles for the Advocate, he wrote a number of books. He was the author of "The Bible Teaching on Sanctification," "Life of J. M. Kidwill," and "The Bible versus Theories of Evolution." All of these books show that their author was profoundly in earnest and thorough in his knowledge of the Bible, and they should be in the library of every Christian home.

No one is able to estimate the value to society of such a life as that lived by E. A. Elam. By precept and example, for more than half a century, he consecrated all that was in him to further the cause of righteousness. Truly, he left a rich heritage to a younger generation, of honesty and integrity, uprightness and faithfulness, loyalty to God and love for his truth. The writer of this sketch received a large share of blessings through association with him. It was his privilege to be acquainted with Brother Elam for nearly thirty years. He sat in his classes and studied the Bible, preached with him and labored with him in settling difficulties in churches, worked with him as a member of the (ward of directors of David Lipscomb College, and assisted him in his last days in writing Sunday-school literature and "Elam's Notes."

Brother Elam died on March 14, 1929, at his home in Bellwood, near Lebanon, Tenn. He was just a few days more than seventy-four years old. Funeral services were conducted by the H. Leo Boles and S. P. Pittman. Many living today can truly say that E. A. Elam led them into a fuller knowledge of God's word and encouraged them in a closer walk with God. 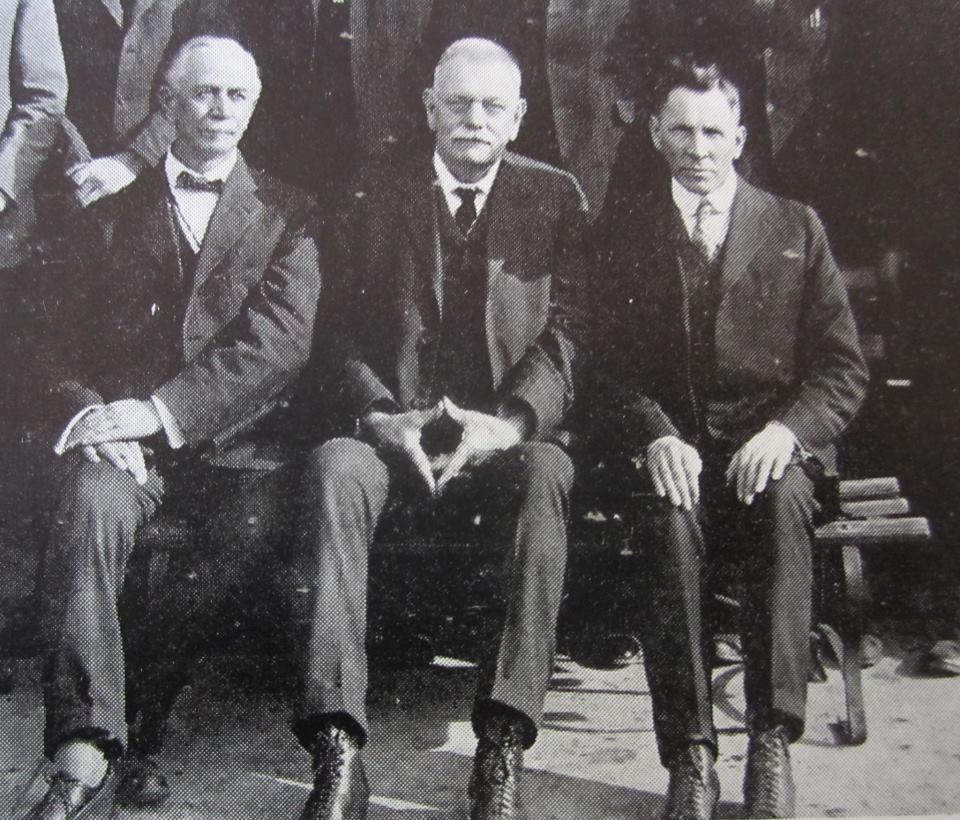 The Home Of E.A. Elam

East of Nashville, Tennessee on Interstate 40, go to Exit 245, Linwood Road Exit and turn left across the bridge (road North becomes Bobo Rd.). You will continue traveling on Bobo, then come to a 4 way stop. Cross Trousdale Ferry Pike. The road now is called Big Springs Rd. When you've gone 3.2 miles from the interstate, you will then cross Hwy. 70 (Carthage Hwy.) and continue straight on Big Springs Road 7/10 mile to stop sign and turn left on Old Rome Pike. Go 3/10 miles and the farm will be on the left. 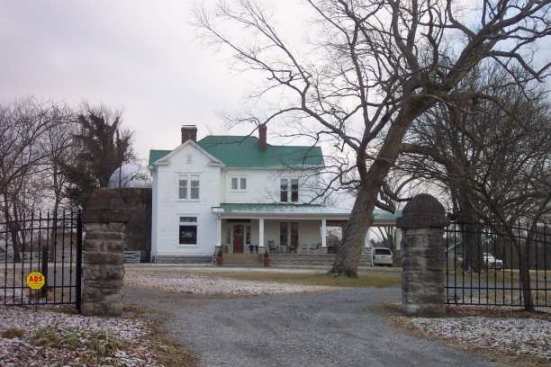 Location Of The Grave Of E.A. Elam

E.A. Elam is not buried on the property were the home is located. Leaving the home come back to Hwy. 70 and turn right. Go 3.2 miles back toward Lebanon (west) and you will see a large two-story log home on the right. Then the next street on the right is Spring Creek Road. Immediately across from Hwy. 70 from the Spring Creek Road entrance is a little farm road. You will take that road, crossing a cattle grate, proceeding 4/10 miles up the hill. The Elam Thomson Cemetery will be on your left (east) encircled by a fenced. There are cedar trees all around. A number of people are buried in the little cemetery, but what will strike the visitor more than anything is the lack of headstones. The Elams and Thomsons did not believe in headstones, so all but one grave in the cemetery has no headstone. To find the grave of E.A. Elam, go to the stone you see just below. Just behind the ELAM/THOMSON stone is the graves of Brother and Sister Elam. Two field stones mark the graves (one on each grave). Just behind the graves is a broken tree trunk. It was E.A. Elam's desire that no stones be used. Some wanted him to be buried in a big cemetery with a large monument, but his feelings were that the Bible describes man as being from dust, and to dust he returned. In his humility he did not want his remains to be enshrined, and given undeserved honor. 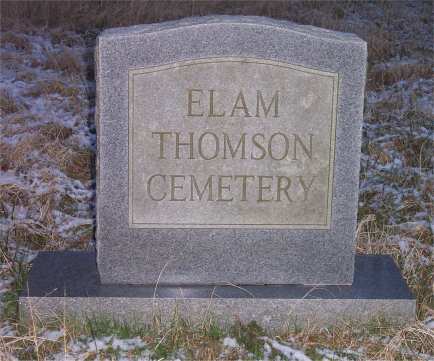 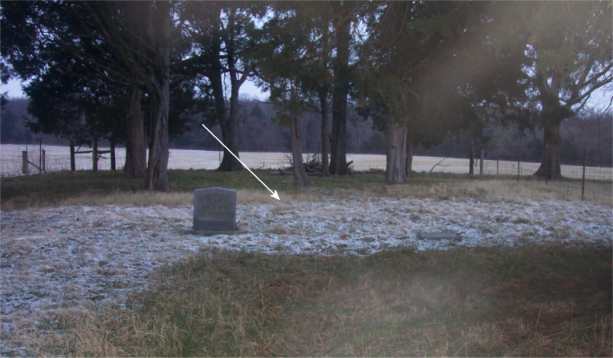 Arrow Pointing Between Stone And Tree Trunk At 1:00 Behind 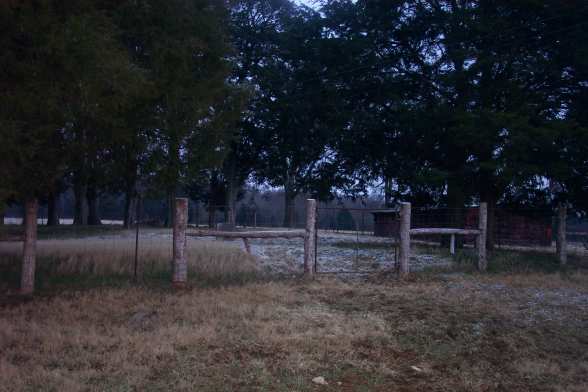 A Number Of The Elam Family Are Buried In This Cemetery